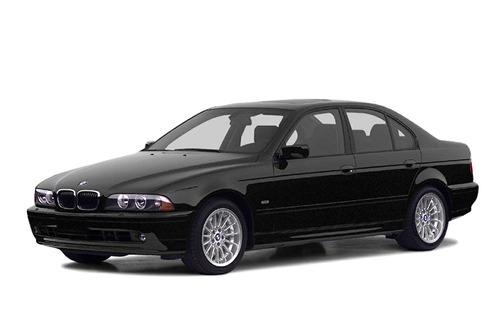 Vehicle Overview
Its been said that designers are at work on the next generation of BMWs midlevel sedan and wagon, but the launch of those models is a couple years down the line. For 2002, the Sport Premium and Convenience option packages are gone, and an in-dash CD player is newly standard. The 5 Series fits between BMWs smaller 3 Series and its flagship 7 Series sedan.

The 5 Series appearance was freshened for 2001. Base models equipped with a 2.5-liter inline-six-cylinder engine are called 525i, while those fitted with a larger 3.0-liter inline-six are designated 530i. The 4.4-liter V-8 that powers the 540i sedan and wagon was given a boost this year to 290 horsepower. All 5 Series models are rear-drive, have side-impact airbags for the front seats and come with a curtain-type Head Protection System. Side-impact airbags for the rear seats are optional.

The high-performance M5 sedan, which is fitted with a 394-hp, 5.0-liter V-8 engine and a six-speed-manual gearbox, also is available. Other 5 Series models may be equipped with either a manual or automatic transmission.

Exterior
With a 111.4-inch wheelbase, the 5 Series fits into the full-size category by cars.com standards, though some observers consider it a midsize model. At 188 inches long overall, the 5 Series is slightly shorter than the Mercedes-Benz E-Class sedan and nearly 9 inches shorter than the Lexus LS 430. In appearance, the 5 Series closely resembles its smaller and larger mates, all of which sport BMWs familiar twin-kidney grille.

Leather upholstery is standard in the 540i and optional in the 525i and 530i, which otherwise come with standard imitation-leather seating. All models can be equipped with an optional split, folding rear seatback and BMWs navigation system.

Under the Hood
The 525i uses a 184-hp, 2.5-liter inline-six-cylinder engine, while a 225-hp, 3.0-liter inline-six goes into the 530i. Topping the regular lineup, the 540i gets a 4.4-liter V-8 that now produces 290 hp  8 hp more than last years engine. Six-cylinder models are available with either a five-speed-automatic or five-speed-manual transmission. The 540i comes with a five-speed-automatic or six-speed-manual transmission.

The 540i actually costs more when fitted with a manual shift than with the automatic, but stick-shift versions come with a Sport Package that includes 17-inch tires and a tauter suspension. All 5 Series models are rear-drive only, unlike the smaller 3 Series, which offers all-wheel drive as an option.

Safety
Dual-stage front airbags deploy according to crash severity and whether occupants are buckled up. Side-impact airbags for the front seats and BMWs Head Protection System  which consists of curtain-type airbags that deploy to protect front-seat occupants  are standard. Side-impact airbags and head-protection curtains are optional for the rear seats. Standard safety features include antilock brakes, traction control and an electronic stability system that BMW calls Dynamic Stability Control. The optional Park Distance Control detects obstacles to the front and rear of the car while parking it.

Driving Impressions
BMW manages to mix big doses of both sport and luxury in the 5 Series models. Drivers can expect the precise maneuverability and control of a 3 Series, coupled with quite a few luxuries near the level of the big 7 Series. Although suspensions are undeniably firm, especially if the sedan is fitted with a Sport Package, ride comfort remains pleasant over most pavement surfaces.

Performance is reasonably energetic even with the smallest six-cylinder engine, but the V-8 unleashes a veritable torrent of strength for supremely confident highway operation. BMW appears to strive for symmetry in each of its models, so the dashboard and its easy-to-read gauges look about the same, regardless of the size of the sedan.

BMW is a dream driving machine.

It's a great car to own. Runs great with stability to road grip as you speed up. Outstanding handling on the corners and curves. The six cylinder engine runs very well. Air conditioning works great - actually better than a new car. Very reliable.

September 19, 2019
By AngieB from Gainesville
Owns this car

never did i expect this cleanliness and reliability from a 2002 this car has tan leather seats that are still not stiff from aging. very happy

Rating breakdown (out of 5):
3 people out of 3 found this review helpful. Did you?
Show full review
See all 30 consumer reviews 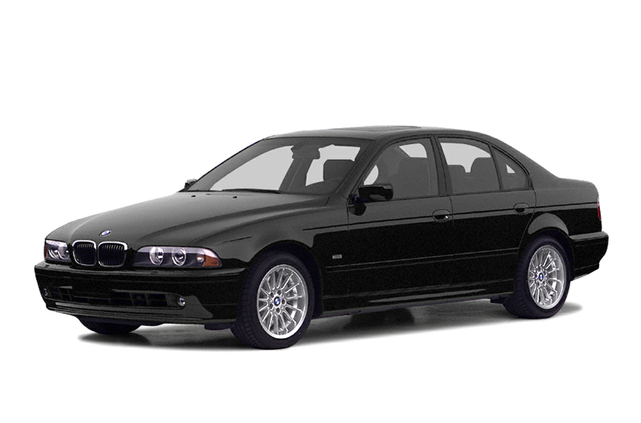 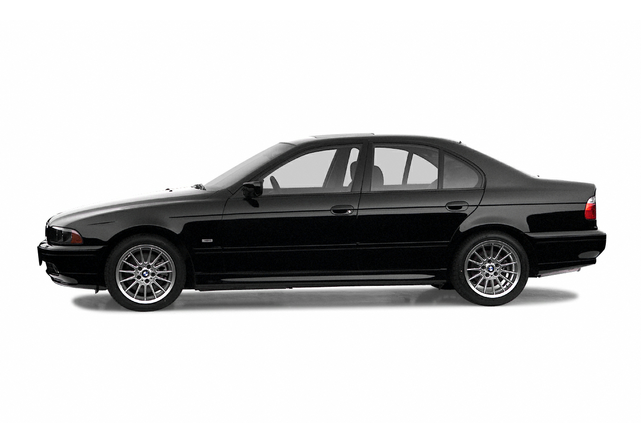 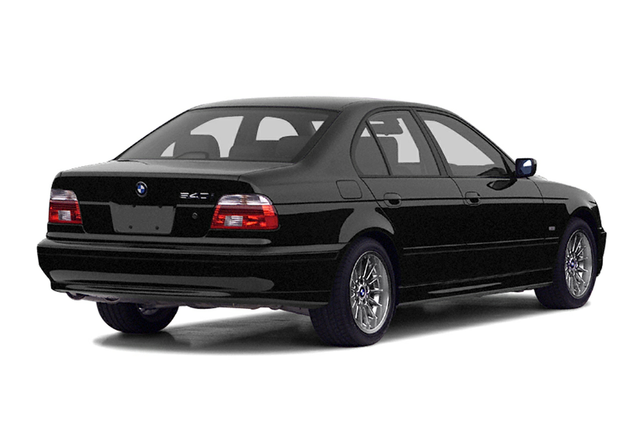 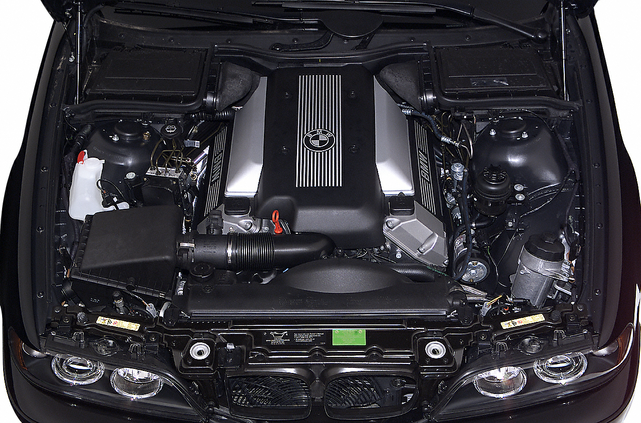 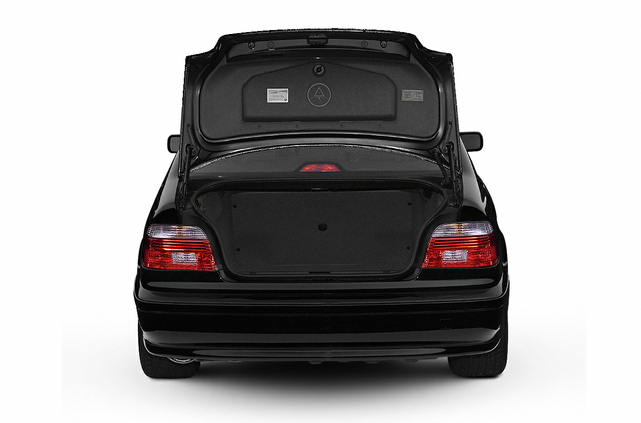 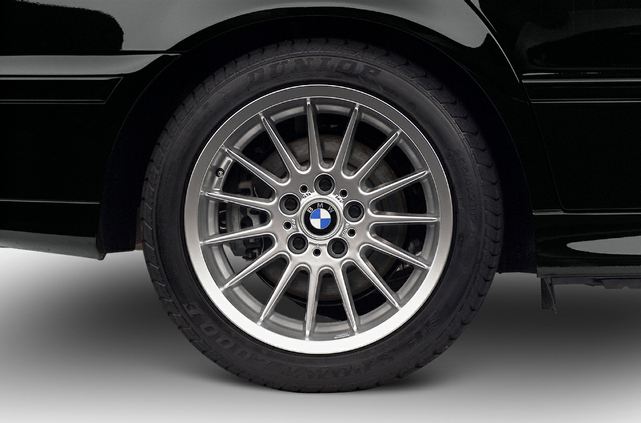 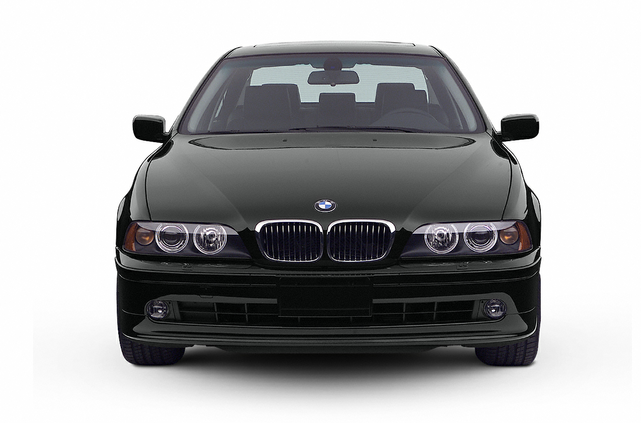 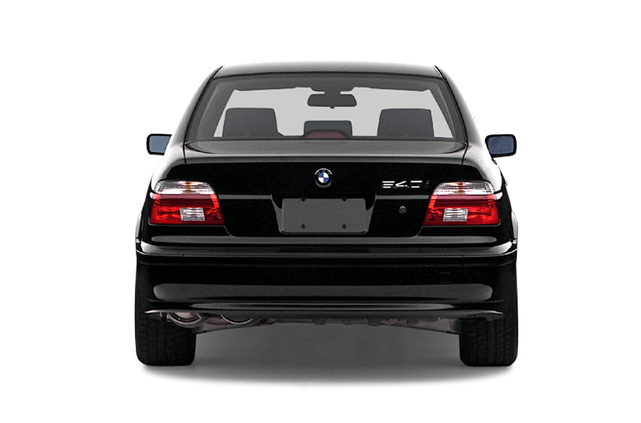 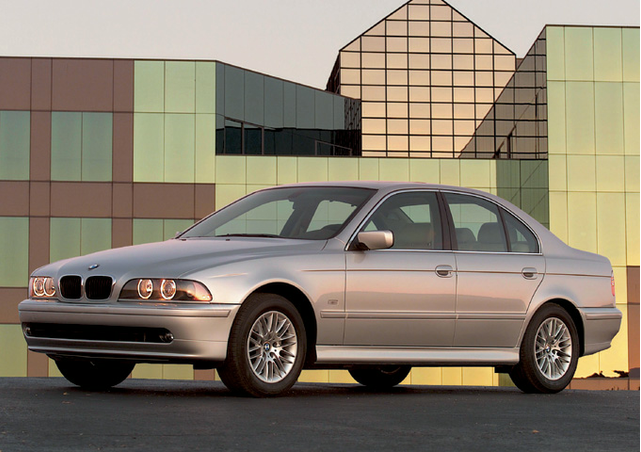 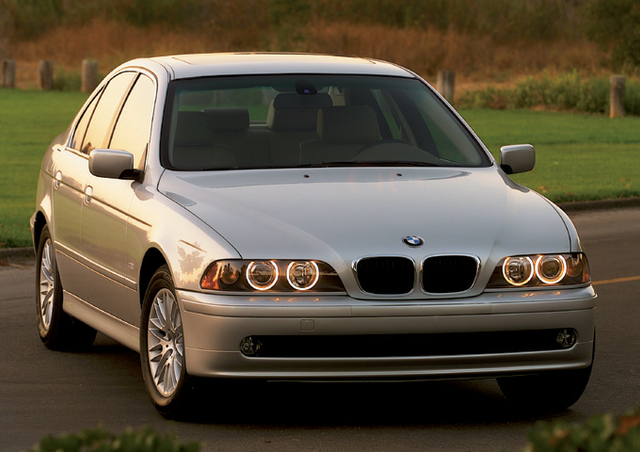 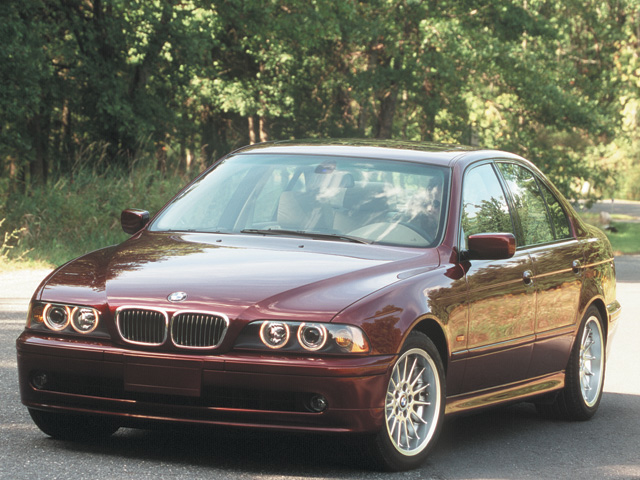 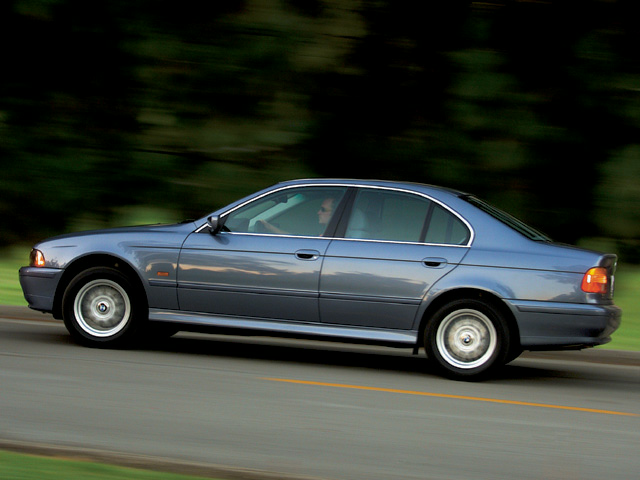 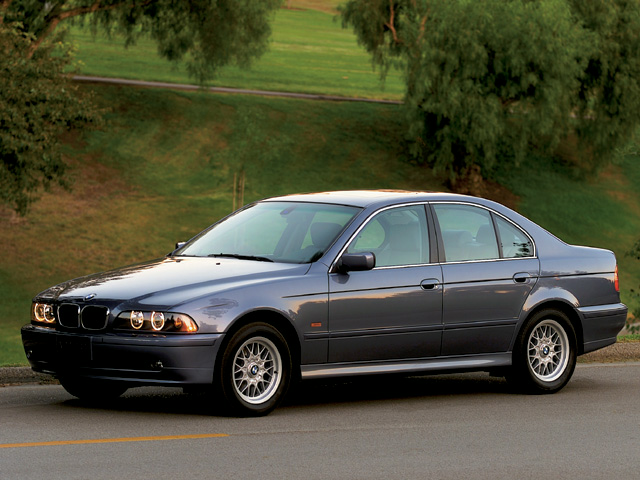 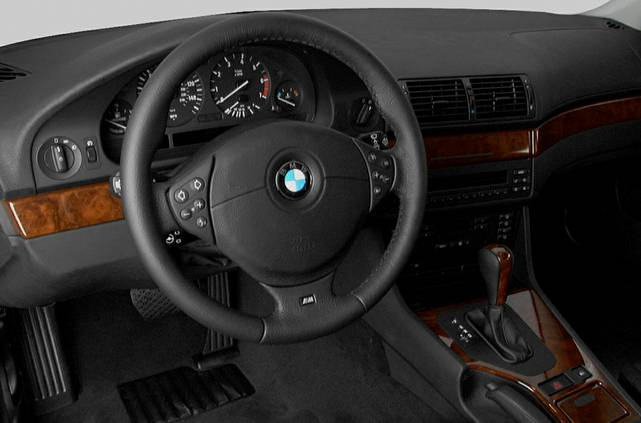 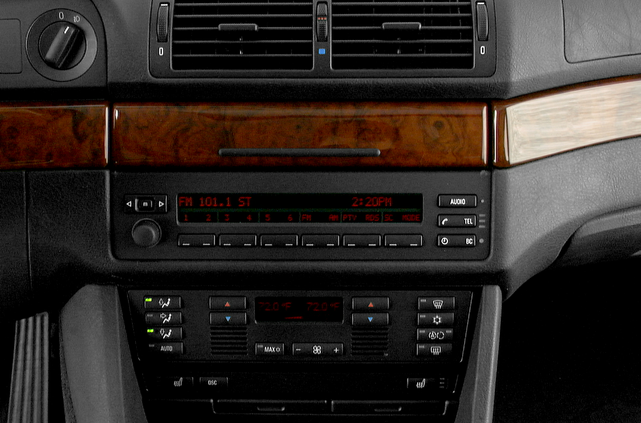 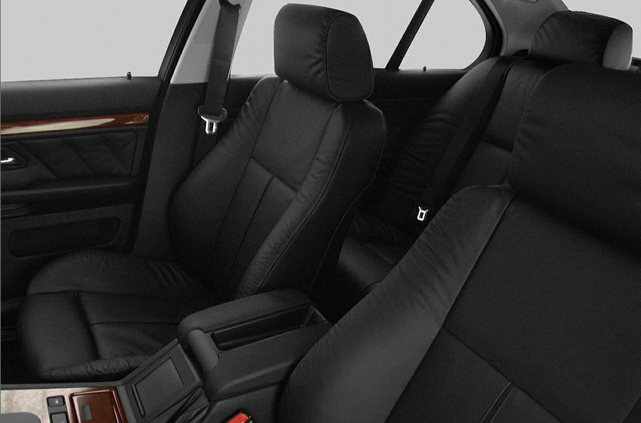 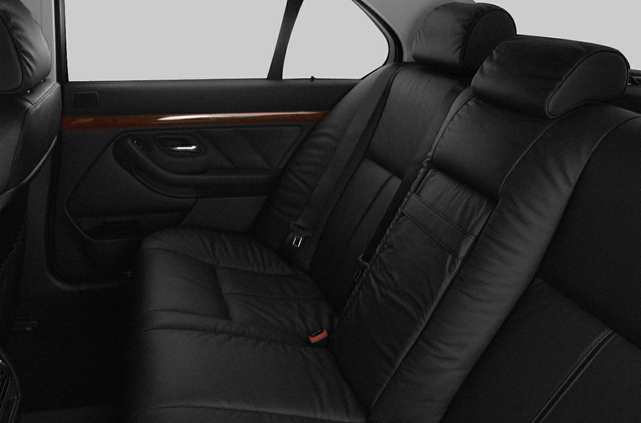