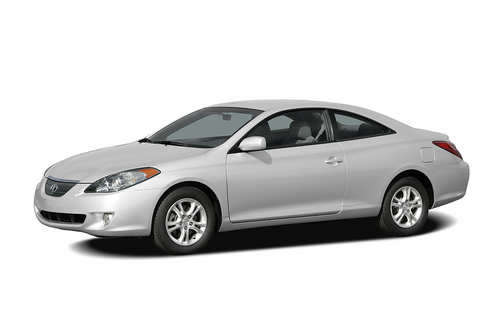 Our 2005 Toyota Camry Solara trim comparison will help you decide.

So I suppose Toyota had that in mind when the company dropped a 2005 Camry Solara convertible in my driveway recently for a weeklong test. Yes, it was chilly and rainy most of the time I had the car, so I kept the top up on those days.

But I did have at least one glorious top-down day during my week in the Solara, so I did get to enjoy its open-air driving feature at least for that day.

Three years ago, Toyota introduced a completely redesigned Camry sedan, on an entirely new chassis, but kept the Solara coupe and convertible models in production unchanged, still using the chassis of the previous-generation Camry.

Last year, though, Toyota rolled out the next generation of the Solara coupe with all-new styling, using the new Camry’s chassis.

And just this past spring, the new chassis was extended to the next-generation Solara convertible, which now has the same general styling as the ’04 Solara coupe, and the underpinnings of the current generation of the Camry sedan.

Neither the coupe nor the converible looks anything like the sedan, however. This is a somewhat radical new exterior design, at least for Toyota, that is a major departure from the rather bland styling of the current Camry sedan.

Toyota is so proud of this new arched bodystyle that you might even see it on a new sedan product from Toyota in the very near future – the next generation of the full-size Avalon. Stay tuned for more about that when the new Avalon makes its debut at the Detroit auto show in January.

For now, the coupe and convertible share this new design, but it is on the convertible that the shape really works best. With the top down, the Solara ragtop is one really nice-looking car, turning heads wherever it goes.

The power top is newly designed as well, and can be raised or lowered in 10 seconds with the push of a button. This is no cheap, thin canvas top, however; it has a full headliner and a glass rear window, giving the car a quieter ride with the top up and better visibility to the rear for the driver.

Now, this is no sports car, but it certainly is a sporty car. The difference is that a sports car generally has more power and better roadhandling, and is less practical (often with no back seat and a tiny trunk).

But the Solara convertible, while not exactly a stellar performer, certainly has enough zip for routine driving, thanks to its all-aluminum 3.3-liter V-6 engine rated at 225 horsepower and 240 foot-pounds of torque.

This engine is standard in both trim levels of the Solara convertible – the base SE ($26,380 plus $550 freight) and the uplevel SLE ($29,650 plus freight), which we tested. The coupe model comes with a four-cylinder as its base engine, but that one is not available in the convertible models. These are the same engines offered in the Camry sedan, and the V-6 is a bit underpowered when compared with the competing Nissan Altima and Honda Accord (both with 240 hp.) and the Nissan Maxima (265 hp.).

But I never felt that the Solara convertible was lacking in power as I zipped around town and cruised the Hill Country with the top up or down. I never raced an Accord or Altima, but neither will you, I’ll bet. The traffic cops frown on that kind of nonsense anyway.

There is one drawback with the V-6 engine, however, especially with fuel prices as high as they are. The owner’s manual recommends premium fuel, which as you know is 10-20 cents a gallon higher than regular.

My own policy is to run regular gas in every car I drive, despite what the owner’s manual says, but in doing so, you will give up a slight bit of performance. Since the car has intelligent variable valve timing, the onboard engine management computer will adjust the timing automatically to accommodate the lower-octane fuel, so there is no problem with rattling valves.

The only transmission available is a five-speed sequential automatic, which Toyota says has a wide gear-ratio spread for quick acceleration. It has a manual-shift feature for those who want to play race driver, but you won’t have to fool with a clutch. (You can get a five-speed manual gearbox with the coupe models, however.)

With the convertible, you give up a bit of space in the trunk to accommodate the retractable roof. The coupe has 13.8 cubic feet of trunk space, while the convertible has just 12 cubic feet. The top stows behind the rear seat, giving the car a neat-looking appearance with the top down.

Unlike many other convertibles on the road today, the Solara comes off the assembly line already in convertible form. Toyota chose this route rather than the previous method of cutting the hard top off of a coupe in a post-production facility to add the convertible top. Significant bolstering of the body was done to reduce the flex that often occurs with the elimination of the hard roof.

As previously mentioned, two trim levels are offered: the SE, with a sporty metallic-finish interior trim; and the SLE, with more standard features and woodgrain interior trim. A rear spoiler and 17-inch alloy wheels are standard on both models, along with fog lights.

Options include XM Satellite Radio and the latest Toyota DVD-based navigation system, with a 6.5-inch LCD screen. The system features more than five million verified data points, Toyota says, and its route-searching capabilities are more than twice as fast as competitive systems.

Safety features include standard antilock four-wheel disc brakes with electronic brake-force distribution, as well as front and side air bags. The SLE model can be ordered with Toyota’s Vehicle Stability Control system with traction control, which helps keep the car under control during cornering by adjusting both engine power and individual wheel-braking.

There were no options on our test car, however, except for a carpeted mat set ($184) added by the distributor, Gulf States Toyota, which took the sticker price to $30,384, including freight.

EPA fuel-economy estimates for our Solara ragtop were a respectable 20 miles per gallon in the city and 29 mpg on the highway. The tank holds 18.5 gallons of gasoline. All new Toyota vehicles for 2005 come with a three-year/36,000-mile basic warranty and a five-year/60,000-mile limited powertrain warranty.

2005 Toyota Camry Solara SLE Convertible The package: Midsize, two-door, four-passenger, front-wheel-drive, V-6 powered convertible. Highlights: All new for 2005, this is the newest generation of the Solara convertible, which follows last year’s introduction of the newest version of the Solara coupe. It comes on the chassis of the current Camry sedan, but with unique styling and a power top that drops in just 10 seconds. It’s fun to drive, and gets lots of attention with the top down. Negatives: Pricey for just a Camry in convertible form, especially with the SLE trim level; engne is designed for more-expensive premium fuel. Engine: 3.3-liter V-6. Transmission: Five-speed automatic. Power/torque: 225 hp./240 foot-pounds. Length: 192.5 inches. Curb weight: 3,582 pounds. Brakes, front/rear: Disc/disc, antilock. Trunk capacity: 12 cubic feet. EPA fuel economy: 20 miles per gallon city/29 highway. Fuel capacity/type: 18.5 gallons/unleaded premium recommended. Major competitors: Chrysler Sebring convertible, Ford Mustang convertible, and to a lesser extent, Volkswagen New Beetle convertible.. Base price: $29,650, plus $550 freight (SLE model) . Price as tested: $30,384 including freight and options. On the Road rating: ****-1/2 (four-and-a-half stars out of five). Prices shown are manufacturer’s suggested retail; actual selling price may vary according to applicable rebates, discounts and incentives, if any.

May 5, 2022
By Penny Lee from Hollywood, California
Owns this car

I've had my 2005 Solara convertible Cosmic Blue SLE for about 7 months and I have loved every second of it. I have enjoyed bringing it back to life. I love it! I get a lot of compliments on it. Great car so far and I cant wait to drive it for many more years to come.

September 10, 2020
By Cam fan from Ashtabula, Ohio
Owns this car

I absolutely love my Toyota Camry Solara! It has been the best car ever and it has never let me down. It sounds silly I know, but I say it’s my baby. Lol

This car has exceeded my expectations and has been a joy to own this vehicle. It is relaxing, fun, quite and smoothest ride ever ever owned. You are without a doubt going to enjoy owning this vehicle.

Rating breakdown (out of 5):
2 people out of 2 found this review helpful. Did you?
Show full review
See all 36 consumer reviews 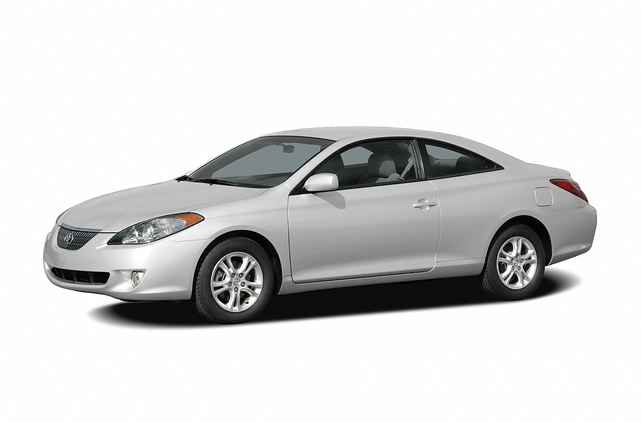 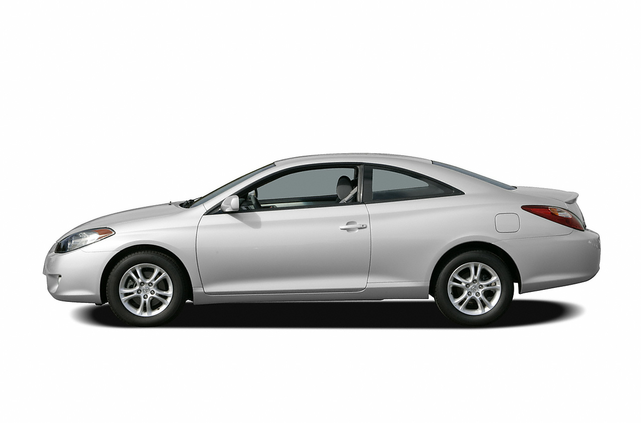 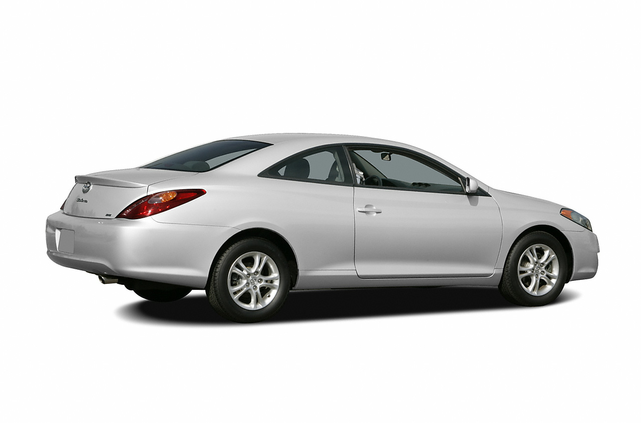 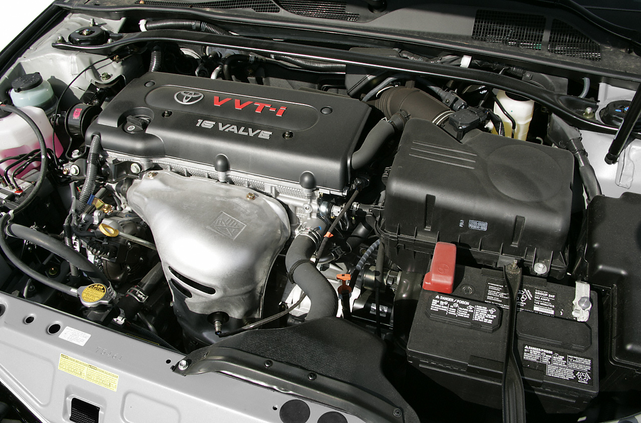 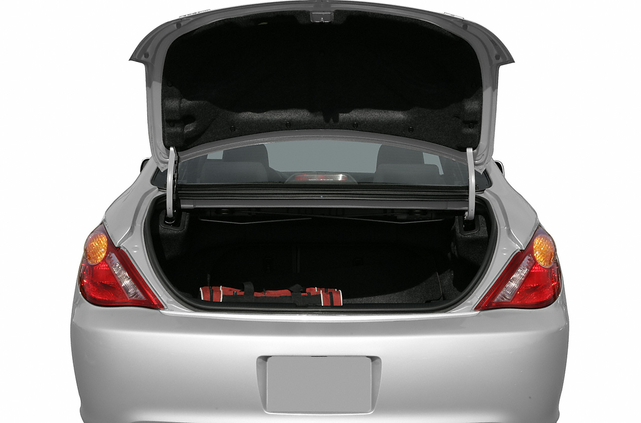 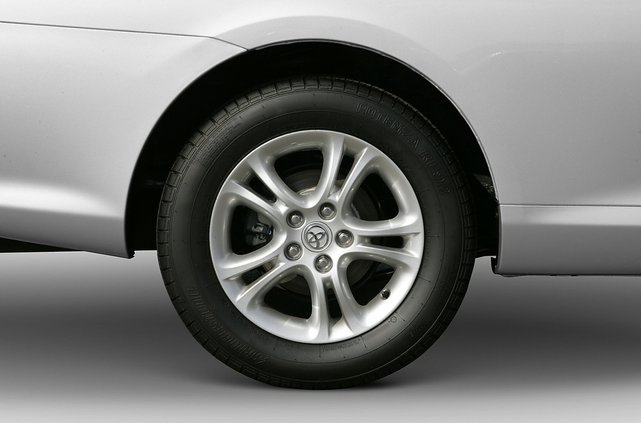 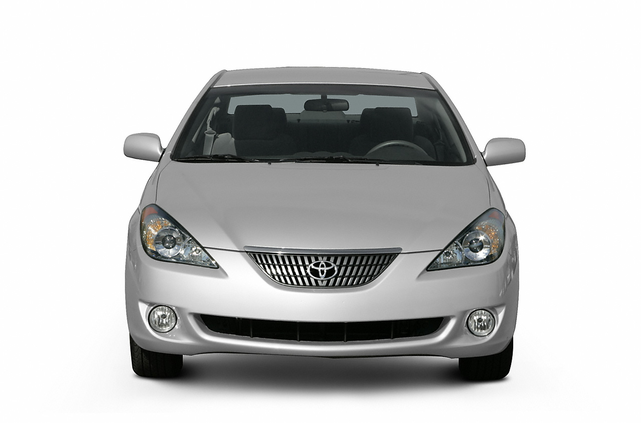 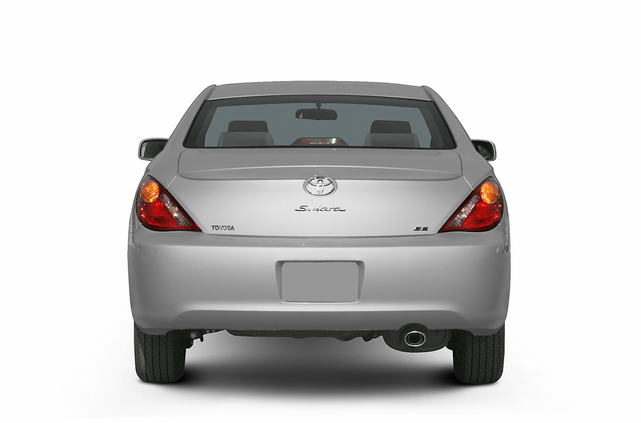 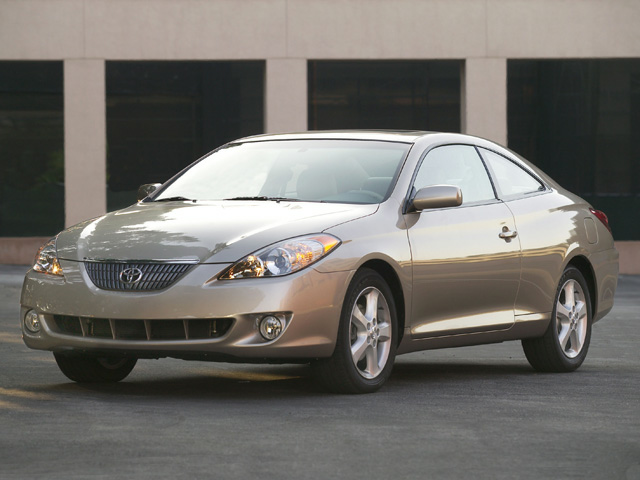 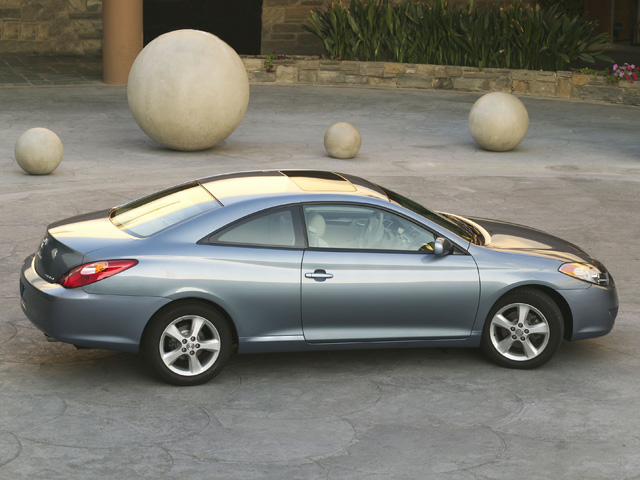 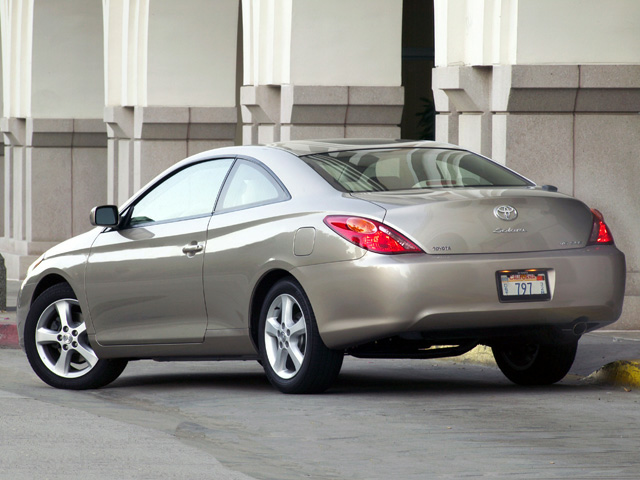 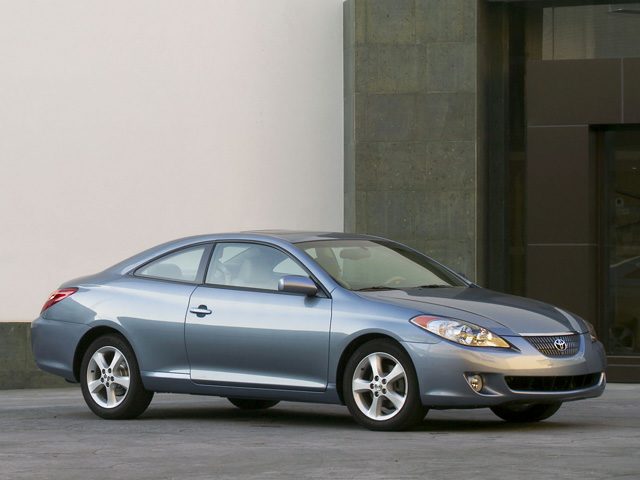 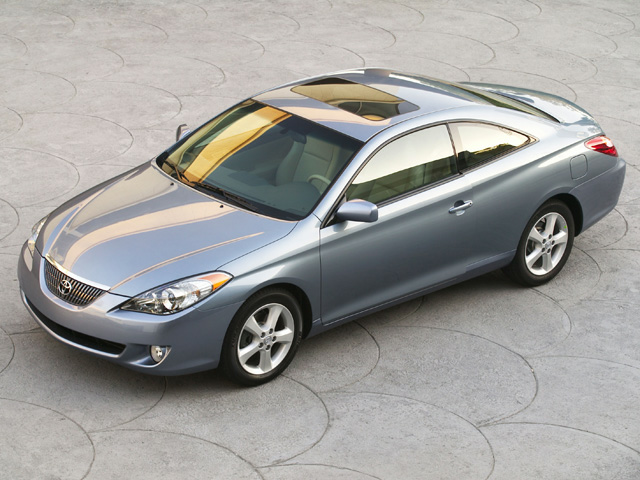 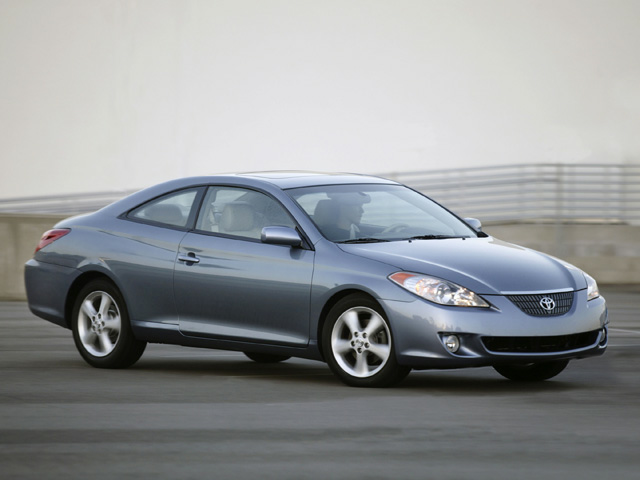 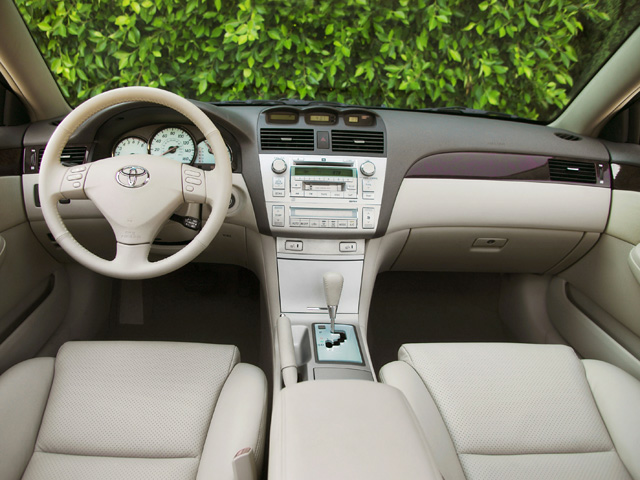 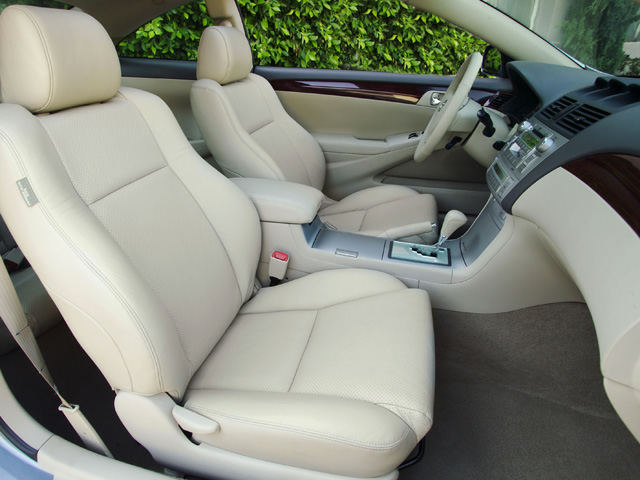 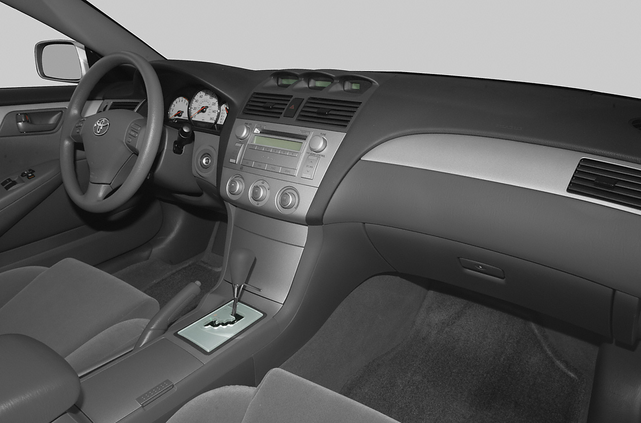 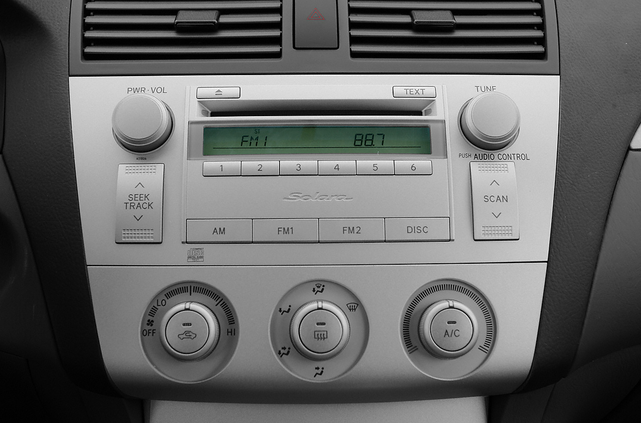 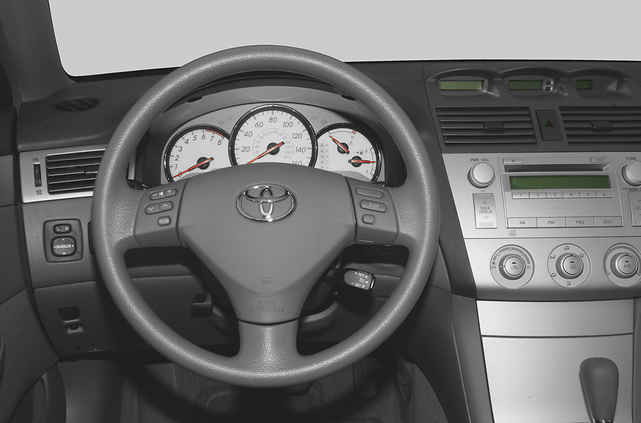 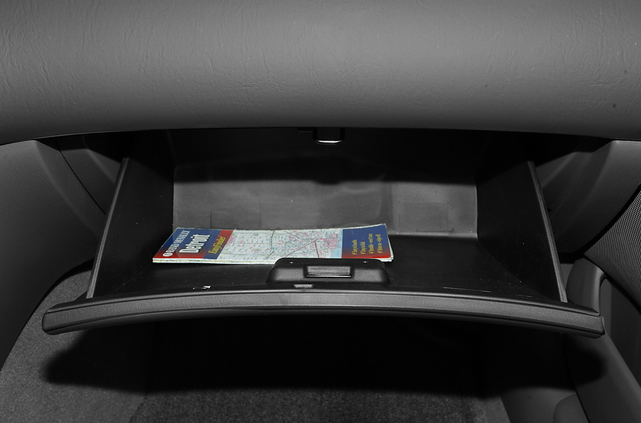 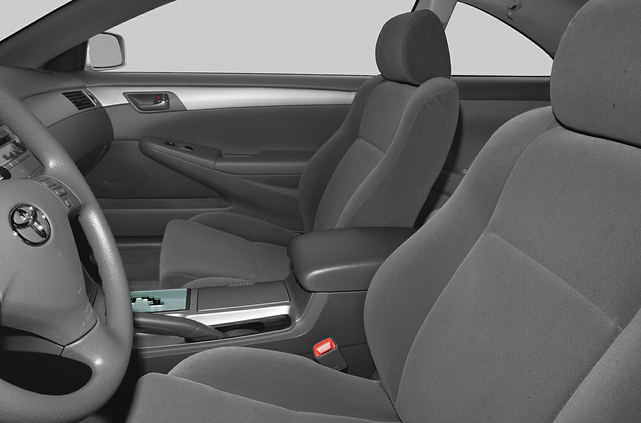 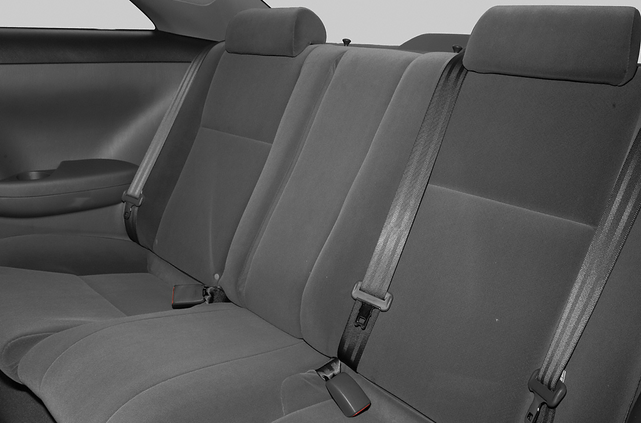 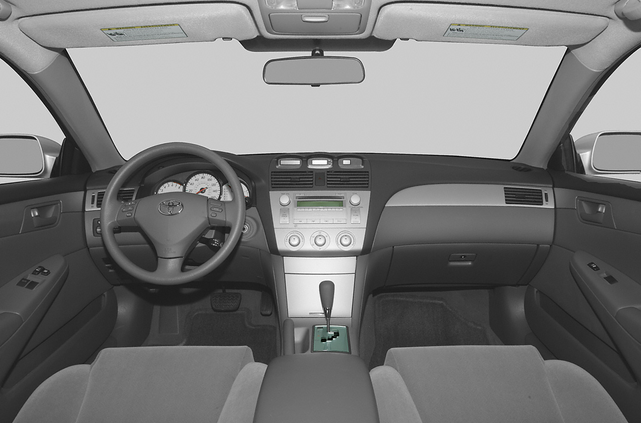 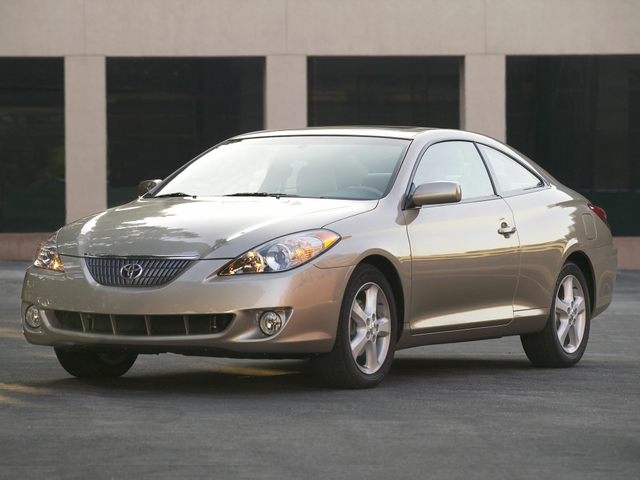