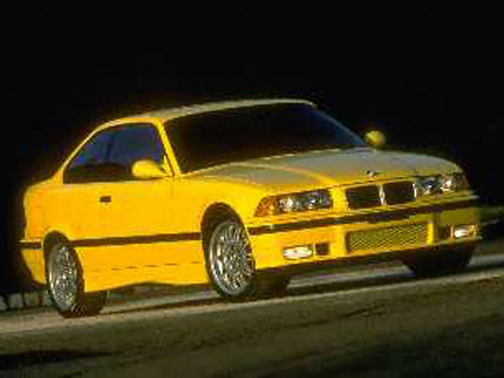 Our 1995 BMW M3 trim comparison will help you decide.

Even grownups need toys, which is why BMW builds cars, such as the 325is coupe, and rockets, such as the high-performance M3 makeover of the 325is intoa two-door missile.

BMW last produced an M3 performance version of the 3 series in 1991. At that time it shipped coupes off the assembly line to its Motorsport subsidiary, which undertook the power transfusion, though power at the time meant a beefed up 4-cylinder engine.

Today BMW does the conversion work on the assembly line, and along with thefirst M3 in four years comes the first 6-cylinder engine in the M3. And what you have is a $35,800 toy.

The ’95 M3 is swift, with a 0- to 60-mile-per-hour reading of about 6 seconds from its 3-liter, 240-horsepower, 24-valve, inline 6-cylinder engine. A smooth shifting 5-speed helps coax every ounce of energy out of the powerplant. Anti-lock brakes on all four wheels bring the power under control when needed, but if you get a tad aggressive or someone isn’t paying attention, a pair of air bags cushion you from impact.

In other words, the M3 is a rather complete package-power and safety wrapped in a $35,800 sticker. While $35,800 is one heck of a package to some, those who dabble in Bimmers see it as a blue-light special. There are reports of buyers waiting in line for the couple of M3’s dealers get each month.

Though the M3 may be a toy for the Bimmer bunch, we test drove one purely in the interest of science. Treated it as a job, part of the daily 9 to 5 grind. Let nothing stand in the way of research.

We must admit, however, that science can be fun. Along about second gear, you keep one eye on the road, the other in the rearview mirror watching headlights grow smaller.

The 3-liter has a bit of a kick to it, yet the fuel-economy rating is 19 miles per gallon city/27 m.p.g. highway, so you don’t have to spend all of your playtime at the pump.

While starting life as a 325is coupe, a few concessions were made to the added performance. The M3 has larger brakes and recalibrated ABS, along with alimited slip differential, to handle the power. To ease parking and low-speed maneuvers, variable assist and variable ratio power steering was added. Windshield wiper speed even varies based on vehicle speed.

The M3 is smooth and relatively quiet without any need for a rumble-tuned exhaust for performance sound effects. (Who would hear it anyway from 25 car lengths away?)

Yet, the M3 does have a few drawbacks. The rear seat is a decoration added to keep insurance companies from categorizing it as a two seater at higher rates. And though the 5-speed is smooth, there is no automatic-at least not for now. BMW, however, said it is considering adding one soon. As long as spring, summer and fall bring road repairs and debilitated traffic, there willbe a need for an automatic.

The other gripe is a personal one-and the same complaint we’ve had with Bimmers for years-the seats are s tiff. If you’re traveling the autobahn at 135m.p.h. for 50 miles, you have other things demanding your attention than the amount of foam padding tickling your tush. If you’re traveling the Kennedy Repairway at rush hour, it doesn’t take seven miles to realize the back is getting stiff, the butt a bit burdened.

“No pain, no gain” doesn’t have to apply to car seats. And until the U.S. government builds a no-speed limit autobahn joining the coasts, there will be people who would appreciate a little less firmness in the bucket they’re seated on.

In an impact, the doors automatically unlock, interior lights switch on andhazard flashers activate. If you need to change a flat tire, there’s even a rechargeable flashlight in the glovebox.

Our test car added the cruise control/fog lights package at $455 and the power electric sunroof at $1,120, which is a great feature to have to enjoy the scenery and circulate fresh air through the cabin, but at $1,100 seems more than a tad overpriced.

While the M3 is an enthusiast’s car and the coming BMW roadster due in the fall of 1995 as a 1996 model is also built off the 3-series platform, BMW insists the intent of the M3 is not to build early excitement for the roadster.

“No relation between the two,” BMW spokesman Rob Mitchell said.

January 5, 2020
By mrjkb from Chicago IL
Owns this car

One of the top sports cars of 1995, the BMW M3. So fun to drive. Tight handling, great pickup, awesome on back roads. If you want a fun car to drive, this is the one.

Most fun car you will ever drive

Older M series are works of art. From how comfortable the leather bucket seats are, to the body styling, to the purr of the engine. I owned a 3.0 L E36 and the car roared along happily at 3k rpm or 7k rpm. You will FALL IN LOVE with the way these cars drive. These are the types of cars that you can connect with.

Power to weight ratio is amazing. Not the fastest car out there but a blast to drive. Always take care of the cooling system and this car will not let you down. Mine has 270,000 miles on it, I have owned it since 120,000 and only died on me twice, once was a battery and once was the alternator. 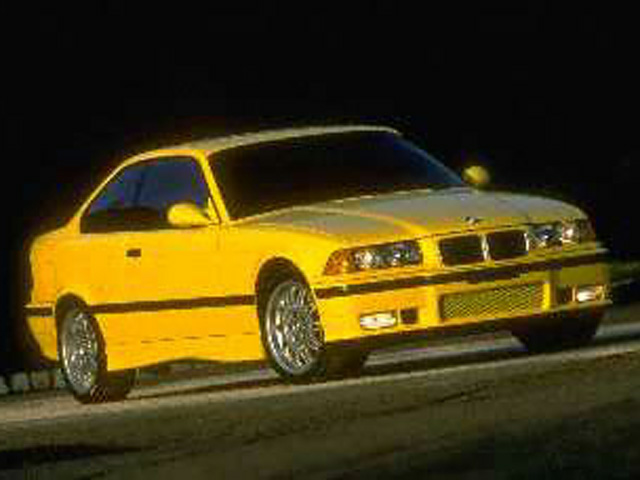