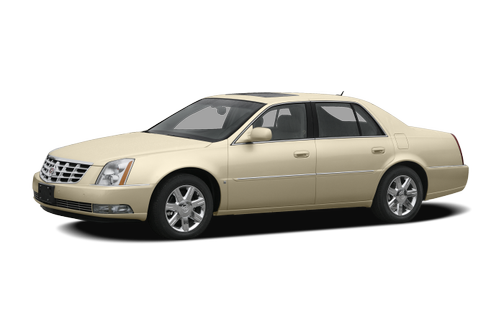 Our 2007 Cadillac DTS trim comparison will help you decide.

The Cadillac DTS might be among the last of the big boats, but it’s no ordinary land yacht.

This car has the comfort of a cruise ship, and all that’s lacking is white-clad waiters bringing food and drink.

With a car such as this one, you could ride in the spacious back seat while someone did the driving for you, and enjoy food, libations and the car’s excellent audio system.

Don’t permanently relegate yourself to the back seat, though. Our test vehicle, as comfy and cushy as it was, offered a bit of driving fun, too. You might want to take the helm (before imbibing) for at least part of your journey.

Our vehicle was the 2007 DTS Performance Sedan ($48,540 plus $820 freight), which comes with the uplevel 4.6-liter V-8 engine, rated at 292 horsepower (vs. 275 for the base 4.6 engine). Besides the more-powerful engine, the performance model has GM’s patented Magnetic Ride Control system, Stabilitrak electronic stability control, a performance suspension, 18-inch chrome wheels (17-inch wheels are on the base model), and upgraded H-rated tires.

There is a slight decrease in fuel-efficiency with the more-powerful engine – 17 miles per gallon city/24 highway vs. 17/25 with the base engine. But the extra peak horsepower adds some fun to the mix for that slight drop in highway mileage. This could be improved upon if Cadillac would upgrade the DTS from its four-speed automatic transmission to perhaps at least a six-speed. In this area, the DTS is lagging other luxury cars in today’s market – most have at least six speed automatics, and the new Lexus LS has eight speeds.

The Performance Sedan’s price includes almost everything you can get on a DTS, whose base model begins at just $41,390. Leather seats are standard, of course, but ours came with the upgraded Tehama leather ($1,995), as well as the optional GPS/DVD navigation system ($1,945). These extras raised the sticker price to $53,300 (including freight).

As for the DTS in general, this is the car that Cadillac called the DeVille until last year, when it was significantly upgraded and renamed.

For 2007, the DTS, comes with a few enhancements. Among new standard equipment this year are chrome wheels, which come with new center caps featuring the Cadillac wreath-and-crest badge in color.

GM says options such as XM satellite radio, a cargo mat and rear sunshades – previously offered only in the most-expensive packages, are now more readily available. Some changes in exterior colors have been made for ’07, as well. And inside, the dark Cashmere accent and aniline leather have been replaced with a cocoa hue, Cadillac said. In addition, the center stack is now dark argent metallic.

A new Cadillac key fob makes its debut as well, not only with the DTS but on several other Cadillac models as well.

And indicative of GM’s expanding global marketing of Cadillac, the navigation system now is offered with maps for Korea and Taiwan, and Arabic is available as one of the languages on the driver-information center, replacing Italian. The analog clock on the instrument panel also been improved to make it easier to read.

Just as with the DeVille, the DTS is aimed almost entirely at the over-60 crowd, with no obvious features to appeal to younger buyers except for the performance package. This is understandable, as Cadillac already has a full stable of new vehicles designed for younger buyers.

The DeVille became the DTS to follow the same pattern as the other alphabet names of recent new Cadillac cars – such as CTS, SRX, XLR, STS – but otherwise remained much the big boat that its predecessor was. It also retained its front-wheel drive, while all of the other Cadillacs now come with rear- or all-wheel drive.

Some restyling was involved with the change to the DTS, even though its overall look is clearly DeVille-like. The “art and science” design theme of other recent Cadillacs is evident in the front and rear of the DTS. The front end has all-new sheet metal, along with a new grille, fascia and high-intensity-discharge Xenon headlamps. Cadillac says that the deck lid, rear quarter panels, rear fascia and taillights also are new.

Inside, the DTS has new seats that GM says are “optimally engineered for comfort and support”; a new instrument panel; and new wood trim.

As for the stated fuel-economy ratings, many DeVille owners have reported getting even better highway mileage than the EPA estimates suggest. That’s probably because these are drivers who usually take it easy and conserve fuel with their driving habits.

We earlier tested the DTS with the base 275-horsepower engine, and found it to be quite peppy and certainly more than adequate for this heavy car, which weights just over two tons..

Neither model of the DTS offers the sporty driving experience of the smaller STS and CTS sedans or SRX wagon. This car trades suspension stiffness for a softer ride to accommodate its older consumers.

Chassis tuning “focused on achieving a smooth, quiet, refined ride,” the company says. Not that the previous version didn’t already have that, mind you. The new one is just better, and even on some of the jarring speed bumps that dot our neighborhoods these days, the car rode quite comfortably.

The seats are quite comfortable, even in the back. While our car came with bucket seats, the DTS base model still comes with a three-person front bench seat, which remains the favorite arrangement of many older customers.

The trunk has 18.8 cubic feet of space, and the lid opens to a fully vertical position, leaving a large opening for easy loading and unloading of large objects.

The car’s high-tech features – which largely go unnoticed by the driver and passengers – include four-channel antilock brakes and traction control.

An “express-open” sunroof is optional, but was not included on our car.

Cadillac says the DTS comes with a “body-frame integral construction; strategically engineered crumple zones in front and rear; and comprehensive use of high-strength steel,” designed to help protect the occupants in a collision.

All 2007 Cadillac owners – not just DTS buyers – get 12 months of access to the “Cadillac Virtual Advisor” through the OnStar system.

This feature gives the driver three-day weather forecasts and traffic reports in most major markets. The system also monitors traffic on as many as three personalized routes and reports on up to 10 selected stocks, GM says — at the touch of a single button.

May 13, 2022
By Southern Gentleman from Benson, NC
Owns this car

I wish the Cadillac DTS was still being manufactured. Plenty of power from the small V-8. Great ride and roomy interior. Plenty of room in the trunk for travel bags. Other than minor problems it has been a very dependable automobile.

Rating breakdown (out of 5):
1 person out of 2 found this review helpful. Did you?
Show full review
1.0

Not a reputable company

This owner tried to sell us this car with an appointment for 2k more then shown and plus ttl , would not recommend Moses at all not a very reputable company ..

I have been driving a DTS for the past 16 years. The first one was a 2006 and the second was a 2010. Tremendously enjoyable ride and performance. Bought what I thought was the replacement (a CT6) but it is not as large, quiet, or comfortable as the DTS. It is just as powerful but the v6 engine sounds wimpy compared to the Northstar V8. Cadillac is now pursuing a new demographic and its not me.

Rating breakdown (out of 5):
4 people out of 5 found this review helpful. Did you?
Show full review
See all 61 consumer reviews

All model years for the Cadillac DTS 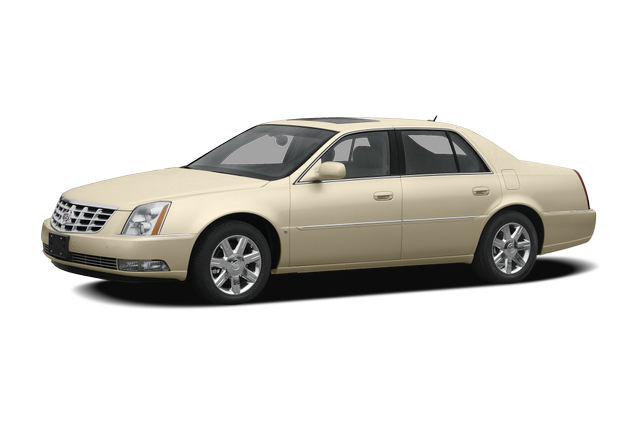 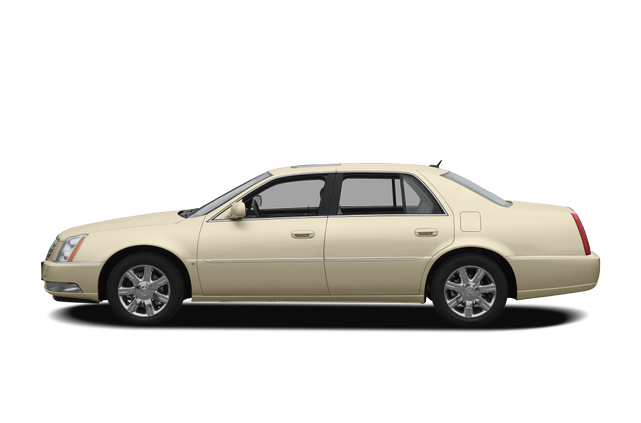 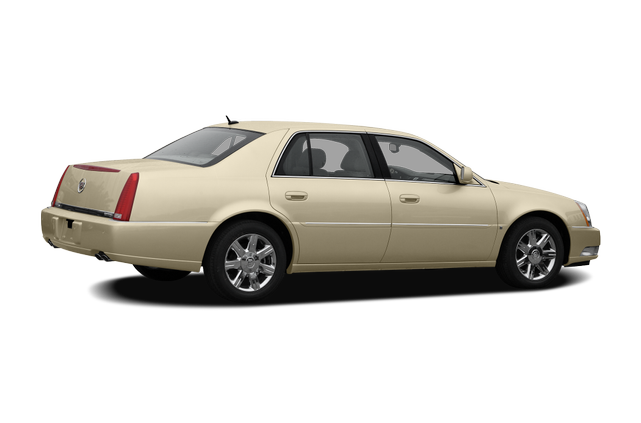 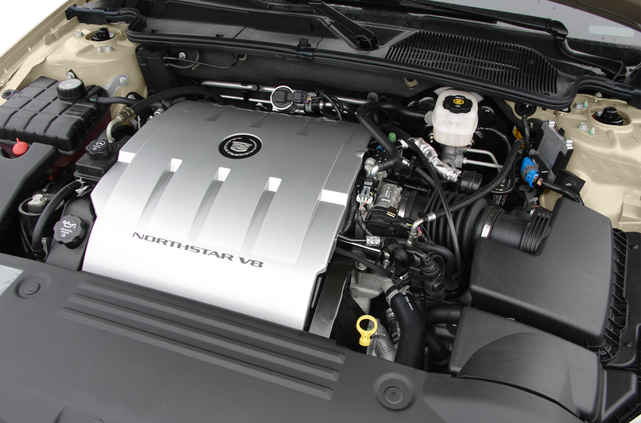 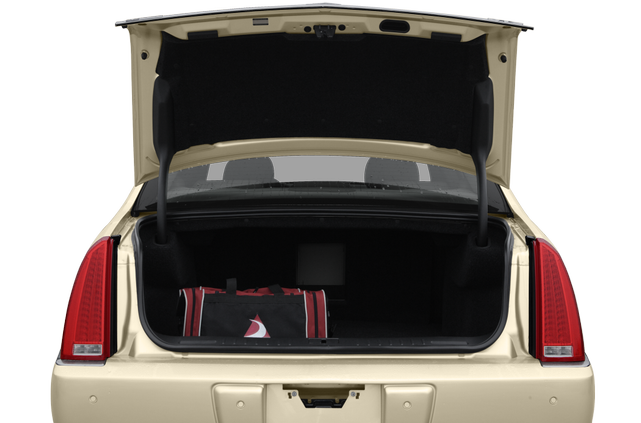 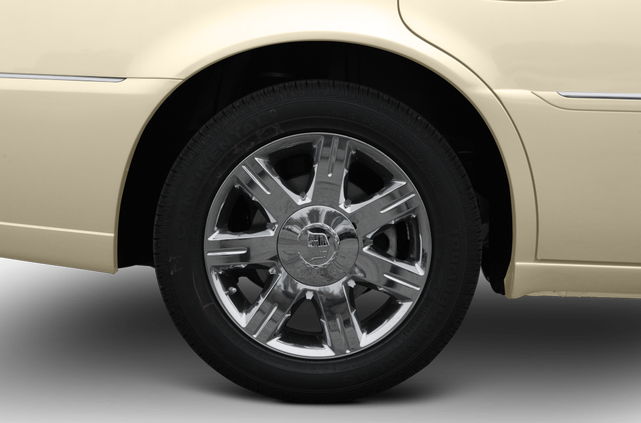 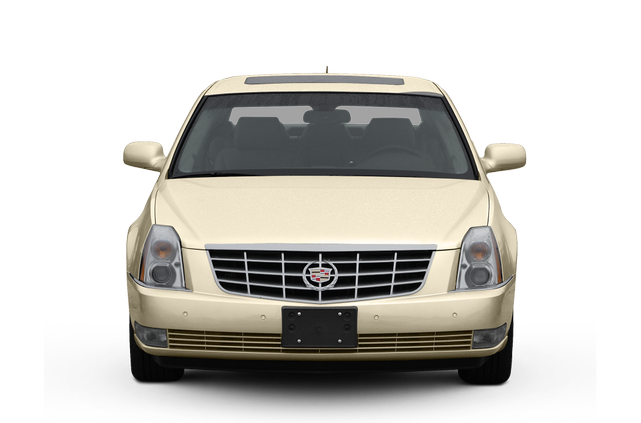 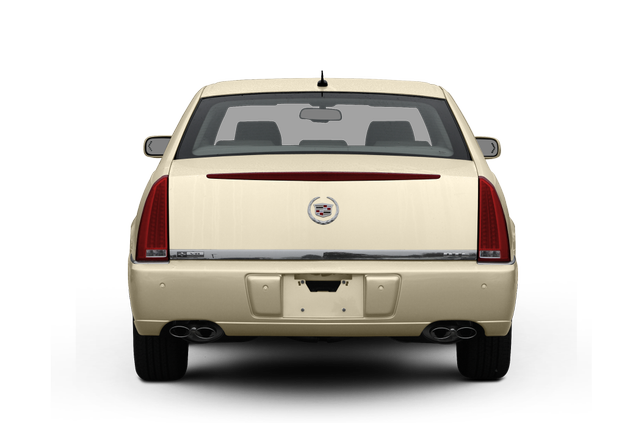 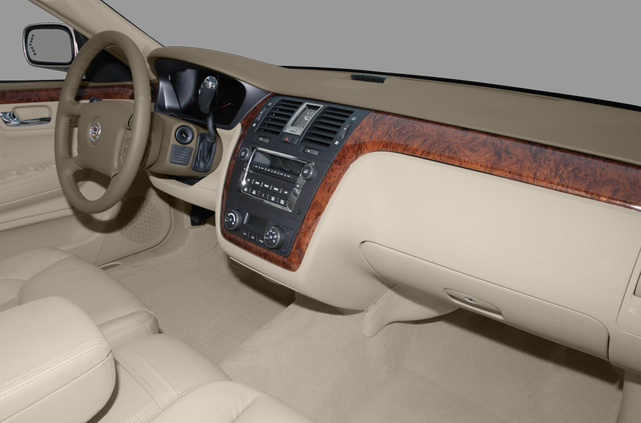 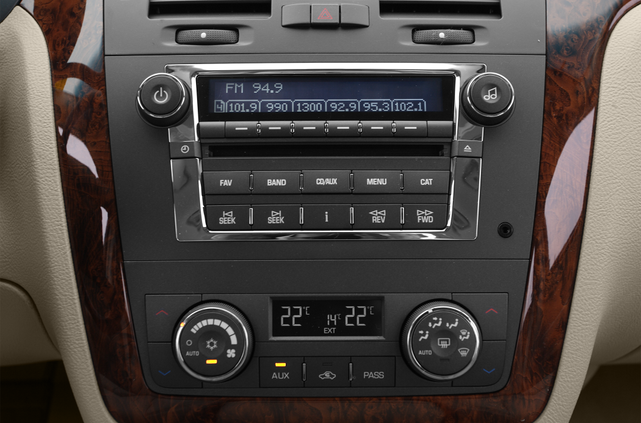 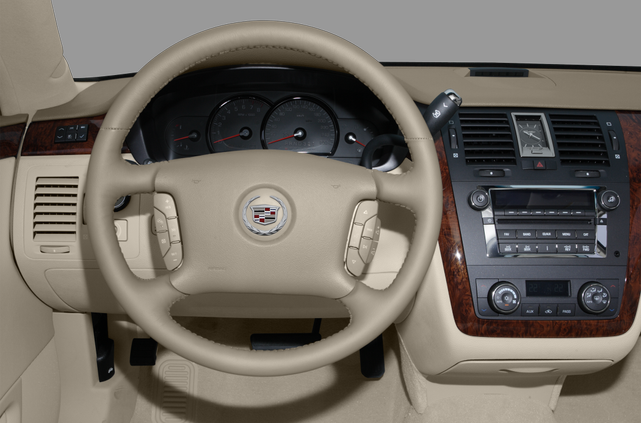 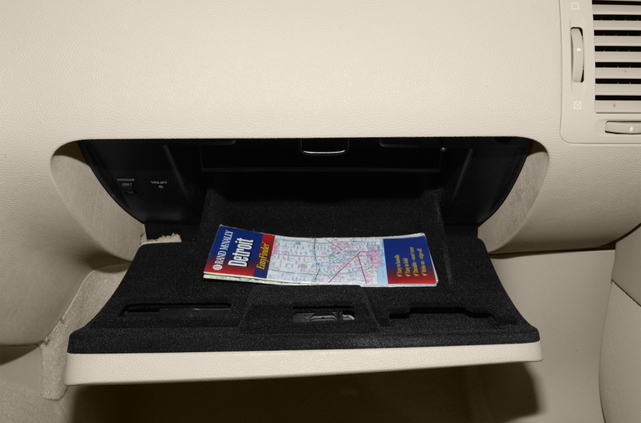 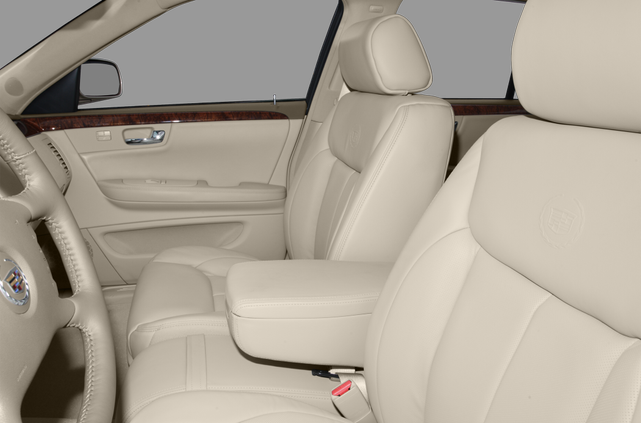 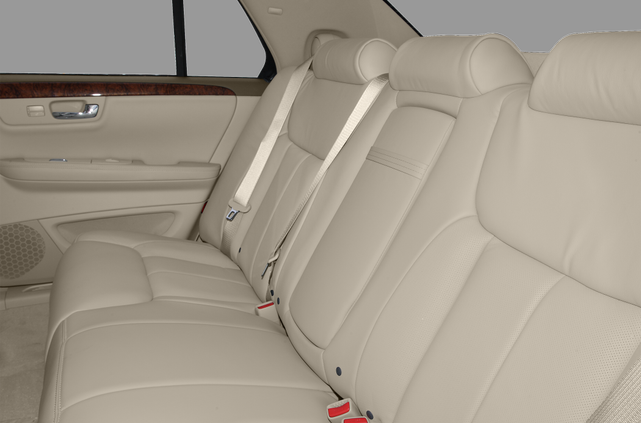 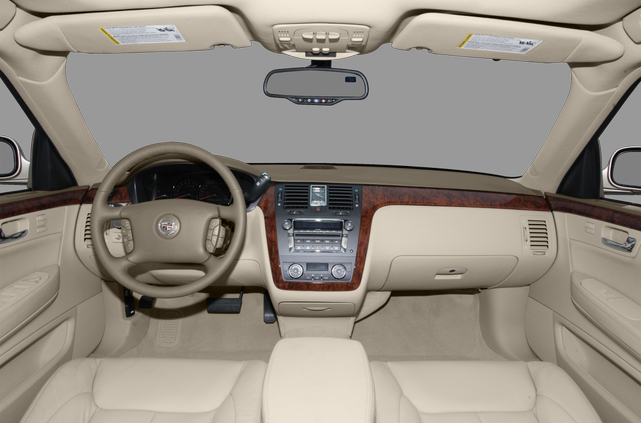 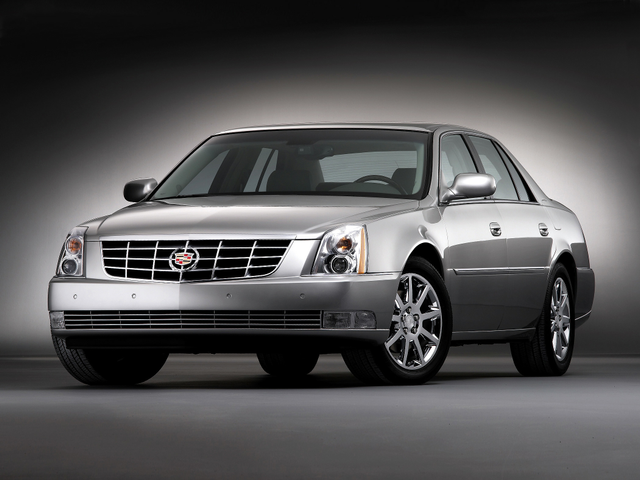 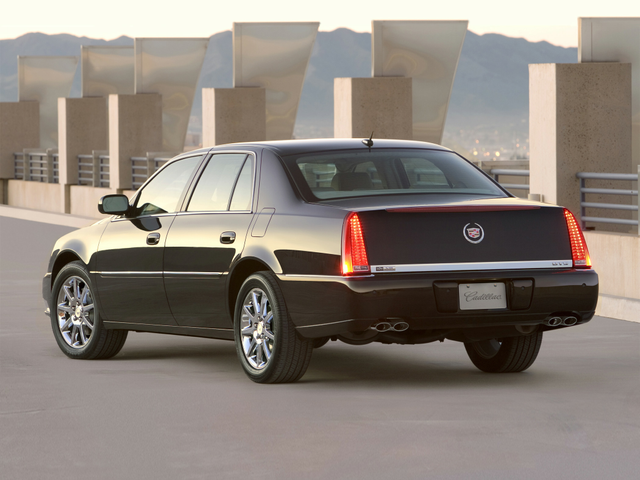 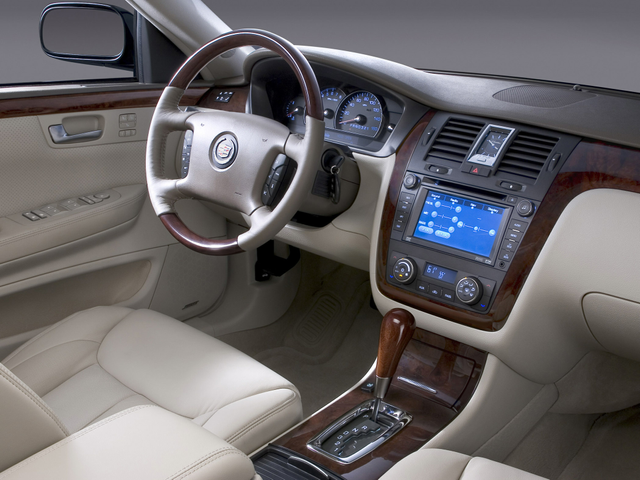