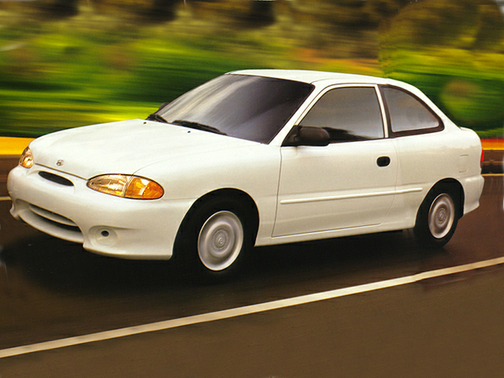 Our 1995 Hyundai Accent trim comparison will help you decide.

In terms of reliability and social status, a Hyundai is one apology removed from deadbeat dads. As an adventure in money well spent, there’s more satisfaction in writing a check to the IRS.

Hyundai’s one celebrity owner was Rodney King. According to pursuing officers–and they would never fib to the media–King wrung 120 m.p.h. out of his Excel that infamous night. Cynics might note that such velocity from a Hyundai is usually attained only when the car is first tossed off a cliff. In last month’s J.D. Power quality survey of 33 makes, Hyundai finished 32nd. Just below Volkswagen, just above Kia.

In fact, the only poll Hyundai ever topped was a Robb Report reader survey of the worst things in life. Equal dishonor went to honeymoons in Gaza and eating all your vegetables.

But bet your next six lease payments on the 1995 Hyundai reversing this awfulness.

For here is a South Korean-built car, yes, a subcompact from the land of kimchi and Confucianism, that competes with similar short-wheel-base miniatures from Toyota, Honda, Nissan, Geo and Ford. And that’s in price, performance, quality of build, and the level and variety of equipment included as a basic package.

With a 1.5-liter, 12-valve engine producing 92 horsepower, Accent flexes more muscles than the 70-horsepower Metro and 63-horsepower Aspire. Its power is comparable to Toyota’s Tercel and Honda’s Civic, subcompacts that cost about $1,000 more.

Yet the strength of Accent remains the tightness and the quality of its engineering. Everything fits, nothing gapes, and there is no suggestion from any control or component that it was built to fall apart. Handling is reliable and devoid of steering hesitation and cornering wobbles. A firm suspension subdues worn street surfaces without losing a driver’s sense of precisely what’s under the wheels.

It is not often that a subcompact comes bearing the credentials of a driver’s car. But the Accent–especially with its capable five-speed manual–is mischievous proof that a shoe-box sedan doesn’t have to be tinny, carelessly assembled, dangerously slow-footed, rattling or boring.

Unless you insist on automatic transmission. Then Accent’s horsepower shrivels, acceleration becomes a slower motion, and drag-racing should only be attempted against street sweepers and large gentlemen on mountain bikes.

Hyundai’s poor-boy special is the Accent L hatchback starting at a bearable $8,529, less than half today’s average price of a new car. But best forget this version unless you’re into the inconvenience and discomfort of driving a shell with no radio, no power steering, no air conditioning, naked pressed-steel wheels, skinny tires and manual everything.

Most buyers will probably order the Accent sedan at an affordable $8,979, bumped to a still-manageable $10,899 by an options package adding power steering, air conditioning, four-speaker sound system and tinted glass. Anti-lock brakes can be included in the same package for about $600 more.

At this price, of course, do not expect chamois-lined cup holders and a Dunhill cigarette lighter. But look at it this way: Crank windows are a wonderful form of hand exercise. Sunroofs and T-tops are not the recommendation of skin cancer specialists. And if God had meant us to have power seats, power locks and powerw ndows, she’d have given us fuses instead of teeth.

It’s tough building styling excitement into a dimensionally challenged subcompact. Their planes aren’t broad enough to include sweep. Short wheelbases do not encourage lines that carry an eye easily, gracefully from grille to trunk.

But Hyundai has succeeded better than most, working within the restrictions to craft cute instead of awkward; smoothing what could have been a chunky lump into a poised, nicely rounded bantam. The three-door hatchback is particularly attractive, with a balanced, bobbed tail and deep, gaping chin grille that adds a little more menace than necessary.

The interior is much richer than the sticker suggests, showing not the slightest suggestion of an economy car up to its door handles in low bids. Carpeting is quality; the vinyls don’t blind by a cheap plastic sheen; all coloring is delicate and coordinated.

Seat comforts are better than adequate. Head and shoulder room, particularly for rear seat passengers, is also more than one might expect from a category of car usually associated with scuffed knees and cricked necks.

And be prepared to fall in love with the upholstery fabric. It is patterned gray on silver. It whispers Moet with a sniff of bath oil; lingerie by candlelight and one of Victoria’s more sensual secrets.

Although Accent’s performance is a spirited giggle, it takes a little effort to keep the car in its sporting mode. Gears must be shifted late and often. Calls to the engine room must be strident and constant.

Under such pressure, engine noise becomes quite noticeable. So does the lack of much insulation to keep the din down below and outside the passenger compartment. But power is smooth, comes on quickly and is particularly effective in the early to mid-range gears.

On the downside: In this era of cast aluminum wheels for about $250 a set wholesale, there should be no purpose for plasticwheel covers except as pie plates.

For five-speed fans, a tachometer would be a useful option. Although Hyundai’s five-speed is a fairly satisfying system, shorter throws with a more distinct transfer from fifth to fourth would be nice.

On the dubious side: Earlier Hyundai’s were notorious for spending most of their adult lives on hoists being serenaded by the hmmms and sheeeses of mechanics whose hourly rates are on a par with good shrinks. Only time will decide if the Accent is faithful commuter or chronic invalid.

On the upside: The Accent replaces the Excel that never did. Not even at 120 m.p.h.

The Bad: Gearbox needs some polish. Buzzy engine when pushed.

Awesome Car For Beginners And For Long Term

September 26, 2019
By redcali07 from Barceloneta, Puerto Rico
Used to own this car

Bought the 4 door sedan model with the 1.5L engine paired with the 5 speed manual transmission. Purchased the car for $280 with 164K miles on it from a private seller. Had it for 6 years and it never, EVER failed me. I took it as a project car and it was amazing how it performed with all mods I was adding to it at the time (stock was pretty peppy to be honest) It's lightweight, has great gas mileage (29 city /39 highway) , has blizzard cold a/c with basic aftermarket audio...just a absolute win. There's a huge cult following including car shows, street teams, drag racing and normal car meets including also the Accent exclusive only clubs. Believe me this car is huge where it's at and it continues to grow. Sold it to a neighbor in need and it's still running just as hard as it did with me everyday. He's super happy with it and has started to continue to improve it! Buy this car It's cheap, parts are dirt cheap, easy to maintain, mods scene is insane with aftermarket support I didn't regret for 1 second buying it 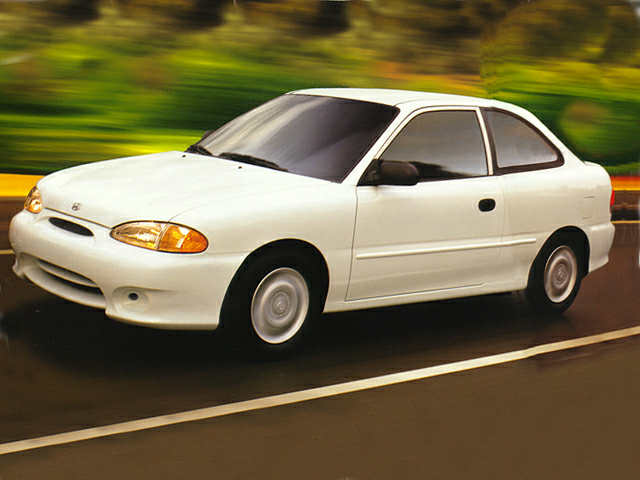