Our 2013 Hyundai Elantra GT trim comparison will help you decide.

The 2013 Elantra GT hatchback is a new addition to Hyundai’s growing arsenal of Elantra models, including an Elantra Coupe that’s also new for 2013 and a hot-selling sedan that was redesigned for the 2011 model year. Compare Elantra body styles here. The GT is a stylish replacement for the Elantra Touring, which looked like a mutated wagon/hatchback version of the previous-generation Elantra sedan.

The 2013 Hyundai Elantra GT doesn’t settle for being just a utilitarian hatchback version of the sedan; it’s a more premium experience with a few tricks up its sleeve.

The GT takes a sport-minded approach compared with the comfort-oriented Hyundai Elantra sedan, so replacing the name “Touring” with “GT” is a good call. The name “Touring” implies laid-back driving through the countryside, while “GT” sounds more “go go go.” Both the outgoing Touring and the GT are an evolution of the Hyundai i30 hatchback sold overseas, which accounts for the numerous variations between the sedan and coupe.

Not All Elantras Are Created Equal
The GT is a unique experience. While the Elantra sedan and coupe have similar interior appointments and styling, the GT’s enhanced style and pleasant materials give the hatchback a more premium feel than its counterparts.

The sedan is nice enough, but the GT uses less painted plastic around the center console and adds additional textured materials on the lower dashboard to create a unified look. The gear selector on automatic-transmission cars has a stitched boot surrounding the base instead of an ugly exposed stalk like the sedan has. Those little features pop, separating the GT from other Elantras. Other editors were also impressed, pointing out the superior quality of the optional leather seats and the more expensive-looking door panels.

You’ll find features on the GT that are absent from the sedan and coupe, like the optional panoramic roof and flip-out backup camera, which I’ll touch on later.

Hatchbackability & Interior
Compared with the fugly Elantra Touring, this new, stylish hatchback pays a price in maximum cargo volume, which is down to 51 cubic feet from the Touring’s 65.3 cubic feet. To give perspective, the Elantra sedan’s total trunk volume is 14.8 cubic feet. Even so, the GT’s cargo room is large compared with other compact hatchbacks, like the Ford Focus, Mazda3 and Subaru Impreza. The Impreza is closest to the Elantra GT, with 52 cubic feet of space. (See the models compared.)

One of the Elantra GT’s tricks to maximizing cargo room is the backseat’s design. The bottom cushions flip up and forward, allowing the folded backrests to provide an almost flat load floor. A true flat load floor is rare when backseats are folded because the seat’s bottom cushions prevent the backs from resting flat. The GT’s load floor is “almost” flat because, while the small section of the 60/40-split backrest lays flat, the larger portion is slightly inclined.

Though many automakers have moved away from this multistage seat-folding scheme, it’s beneficial for carrying level-sensitive items, like plants, as well as creating the most space from the floor to the ceiling. You can also leave the bottom cushions in place and make do with the ramp-like angle if your cargo is long but not too tall.

In the 23 cubic feet of space behind the raised rear seats, we fit two adult-sized golf bags flat on the floor.

Despite the loss in cargo room compared with the Elantra Touring, the Elantra GT’s passenger space compares favorably with other hatchbacks in its class. The GT takes a 1.6-inch hit in legroom up front versus the roomy Elantra sedan, but I never felt uncomfortable in the driver’s seat, and I’m a slender 6 feet tall.

I had more trouble fitting in the backseat, where the top of my head grazed the ceiling. I might have found a little more clearance without the optional panoramic roof. A Hyundai representative tells us there’s about an inch (0.9 inches) more rear headroom in models without the panoramic roof, though I haven’t sat in one yet. Otherwise, the rear is a comfortable experience. If I were an inch shorter I’d have nothing but nice things to say about it.

Gadgets & Gizmos
It’s no secret Hyundai packs a wallop of features in its cars for bargain prices. The GT is no exception: It not only includes a raft of standard features at its reasonable $19,170 base price (including a $775 destination charge) but it also offers optional features that are rare among economy hatchbacks. Notable standard equipment includes heated cloth front seats, a USB input, satellite radio, Bluetooth, BlueLink telematics system, a tilt and telescoping steering wheel and more.

There aren’t many features in sub-$25,000 cars that elicit ooooh and ahhhh responses, but the Elantra GT’s optional backup camera did exactly that. It’s incorporated into the rear Hyundai “H” badge, which flips up to expose the camera when the car is in Reverse.

It’s a slick feature, but every editor who drove the car noted the loud, mechanical sound the camera made when it opened and closed; I thought I had run over something when I put the car back in Drive to haul off. The backup camera is part of a Technology Package ($2,350) that includes navigation and smart key entry — but it also requires a $2,750 Style Package as a prerequisite.

The Style Package equips the GT with a panoramic moonroof, leather seats, 17-inch wheels, a sport suspension and more. Though not foreign to cars priced below $25,000, the panoramic roof is a notable feature that’s typically relegated to more expensive cars. With a power-retractable shade to shield the entire roof from the sun, the feature doesn’t feel like a budget add-on. I’m a fan of large glass roofs because of the open-air feeling of sunlight illuminating the entire interior. In the Hyundai Elantra GT, the roof’s front segment slides back like a traditional sunroof.

A feature we haven’t seen in this vehicle class is the multiple-mode power-steering assist, called Driver Selectable Steering Mode, which is standard. A button on the steering wheel selects modes that vary how much force it takes the driver to turn the steering wheel. (Sports cars often have heavier steering wheels for precision driving.) In the GT, the different modes feel artificial; I preferred to use Comfort mode, which is the easiest to turn. Sport mode didn’t make the experience any more precise or sports-car-like.

Under the Hood
The GT’s differentiation from the sedan continues in the driving experience. It’s fun to take on on-ramps with some speed. The GT is tuned for sportier driving, with a stiffer suspension than the comfort-oriented sedan. Our tester had the optional sport suspension, with calibrations tailored to the lower-profile 17-inch tires that made the car’s handling crisp and balanced. Both the sports suspension and the wheels are part of the $2,750 Style Package.

The Elantra GT is modestly powered, using the same 148-horsepower, 1.8-liter four-cylinder from the Elantra sedan and coupe. Being a few ponies down compared with the Mazda3 and Focus doesn’t cost the GT in acceleration because it’s more svelte, at around 2,700 pounds. The EPA rates fuel economy of the Elantra GT with a six-speed automatic transmission at 27/37 mpg city/highway, and the six-speed manual Elantra at 26/37 mpg.

While the Elantra GT adds some extra fun to the Elantra lineup, overall it’s still not as tossable or composed as the Mazda3 or Ford Focus, which are stunners in this segment, sporting less body roll and additional road-holding ability.

Safety
The Elantra GT earned a best five-star overall rating from the National Highway Traffic Safety Administration. The Elantra GT has not been crash-tested by the Insurance Institute for Highway Safety. Being a different body style, the hatchback doesn’t share test results with IIHS testing of the sedan.

To see how well child seats fit in the Elantra GT, see the Car Seat Check.

Elantra GT in the Market
The hatchback comes at a price premium compared with the sedan, which is typical for hatchback versions of compact cars. Checking in at $25,365 with options and destination charge, our fully loaded GT cost about $2,000 more than a fully loaded Elantra sedan.

Despite the added cost, the GT’s hatchback usability — combined with a more premium interior, a sporty driving experience and trick features — means the extra dough is easy to part with.

I bought my 2013 Elantra GT new. It was my very first Hyundai car. My passengers were always impressed by the quality build and handsome interior and technology. My only gripe was the 1.8Nu engine. It seemed weak at times. 3 adults and some luggage in the trunk made it sluggish when quick acceleration was needed. If it was just me it was adequate but never quick. I kept it 3 years and put 90,000 trouble free miles on it. Very reliable and good fuel economy. Never had any rattles like so many cars do by 90K. I understand the 2014 got a more powerful engine. But I would recommend this car to anyone needing a reliable used vehicle.

The manual transmission is excellent and very fun to drive. It is comfortable and the interior color is very nice and hard to find in other cars. Reliable. Great looking.

Incredible bang for your buck!

May 2, 2020
By Ken Campbell from New Salisbury, IN
Owns this car

As my first car I’ve ever bought, I can say with confidence that I love this car. I have the manual transmission version, and it’s so much fun to drive while getting great gas mileage and being comfortable! Besides the carpet and interiors materials being kind of cheap, there are so many good things about the car. It’s compact but, at over 6’ I can still fit comfortably despite the awkward position of the clutch pedal. It’s a very sleek looking car and I’d recommend it to any of my friends.

Rating breakdown (out of 5):
2 people out of 2 found this review helpful. Did you?
Show full review
See all 94 consumer reviews 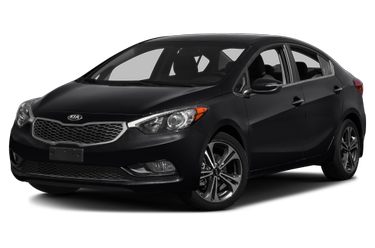 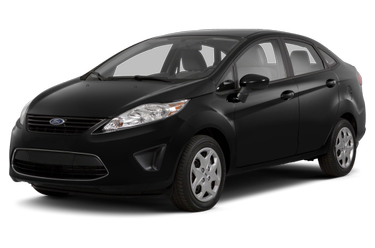 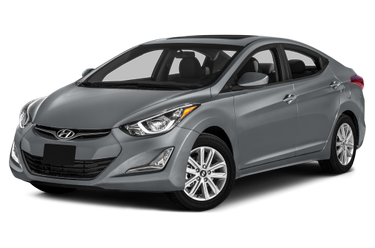 News
What Does This Button Do?

All model years for the Hyundai Elantra GT 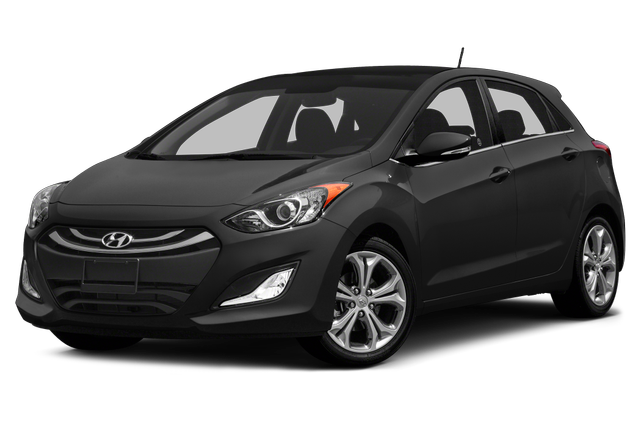 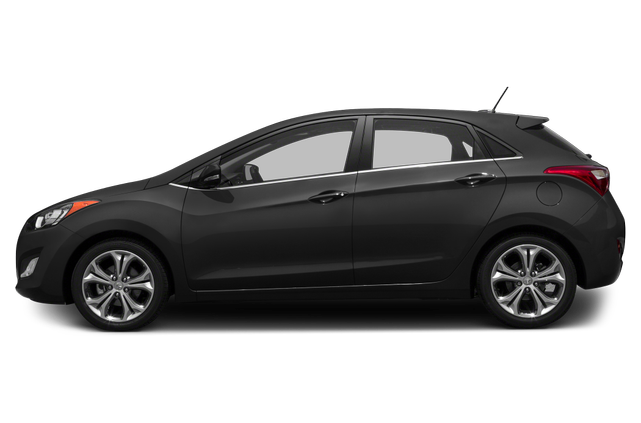 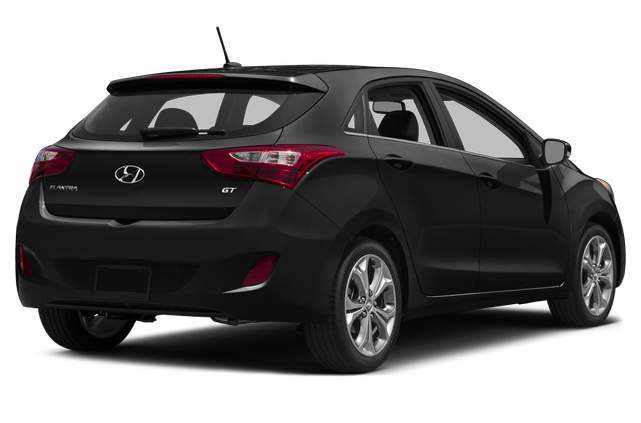 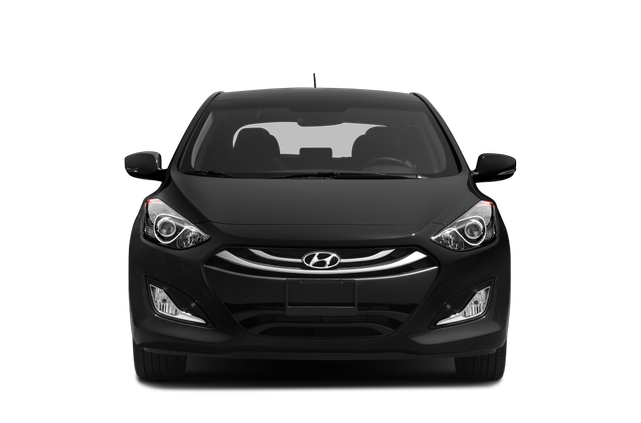 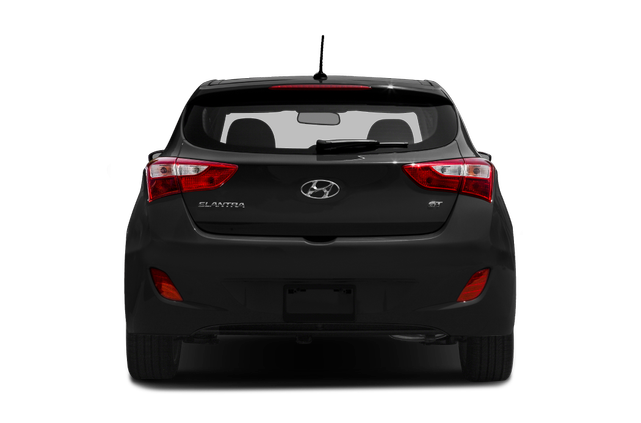 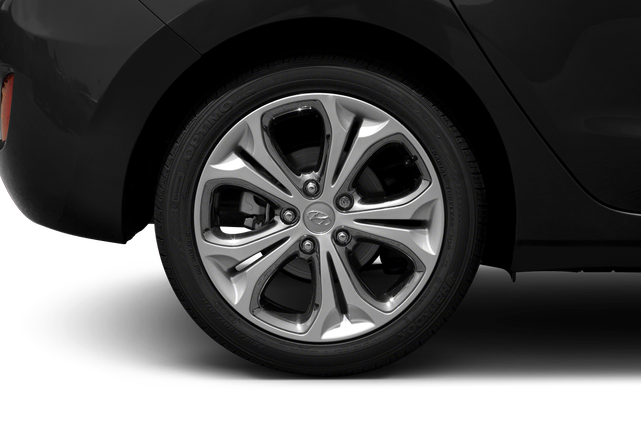 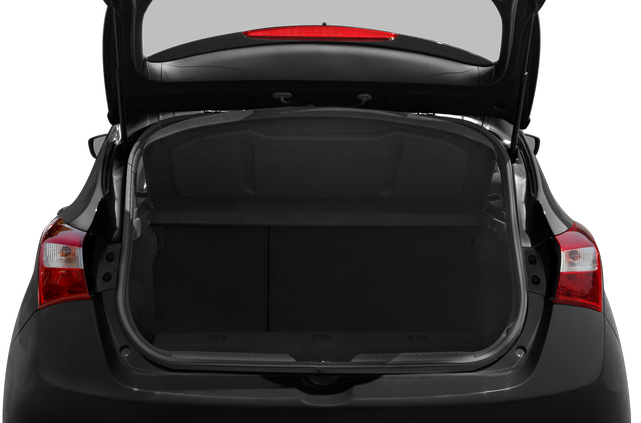 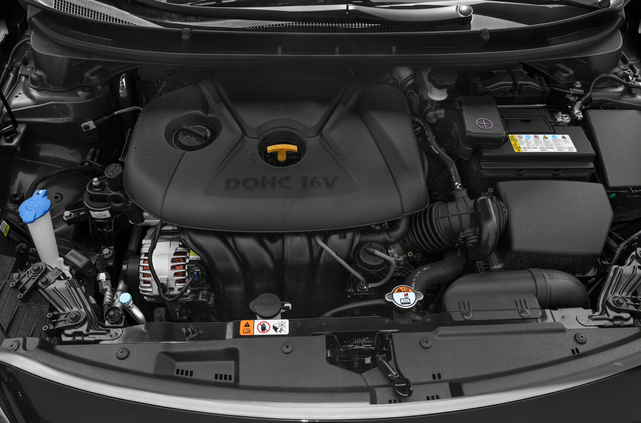 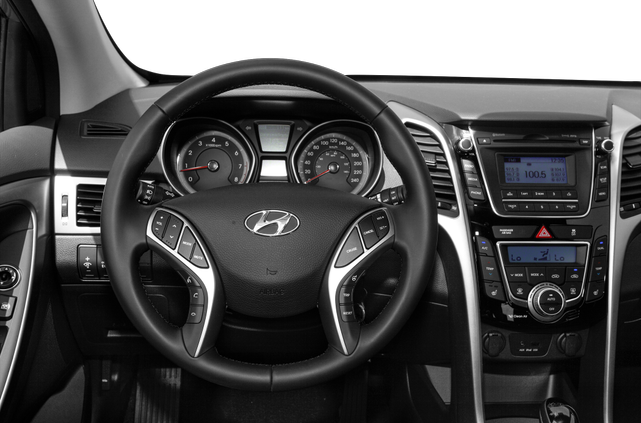 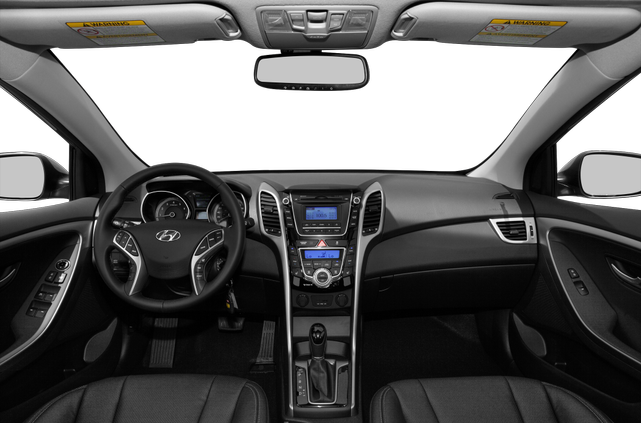 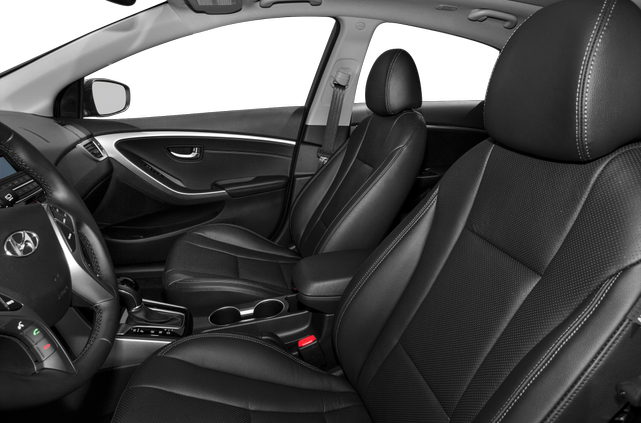 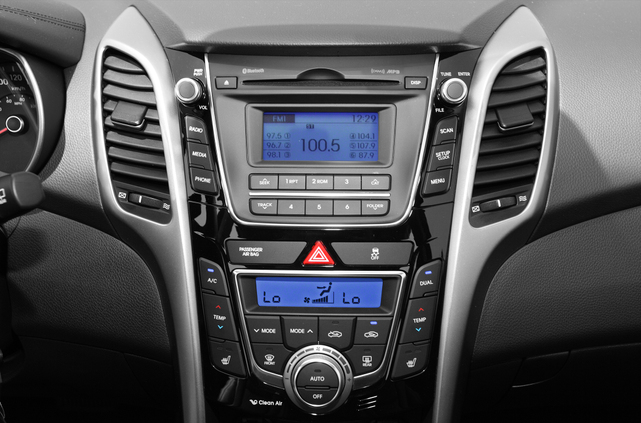 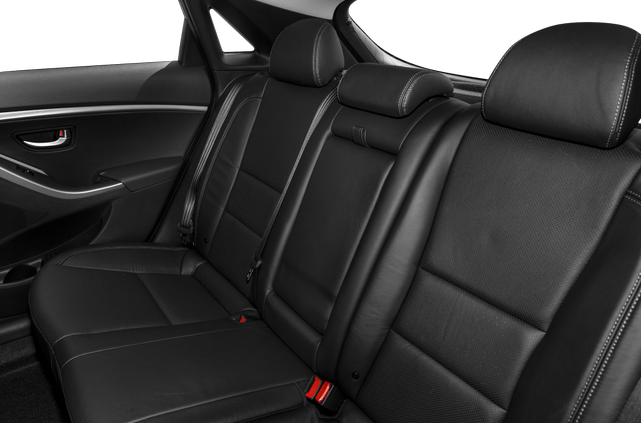 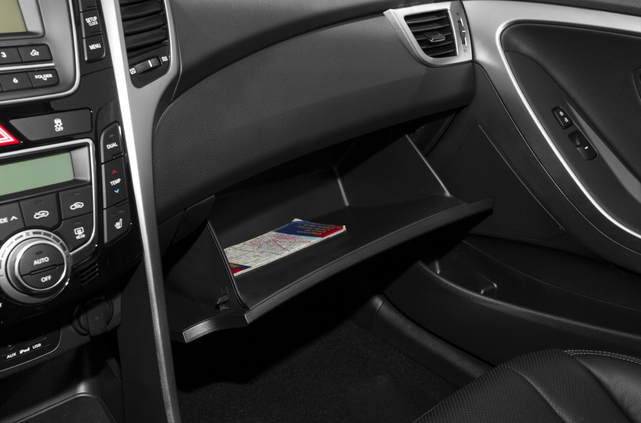 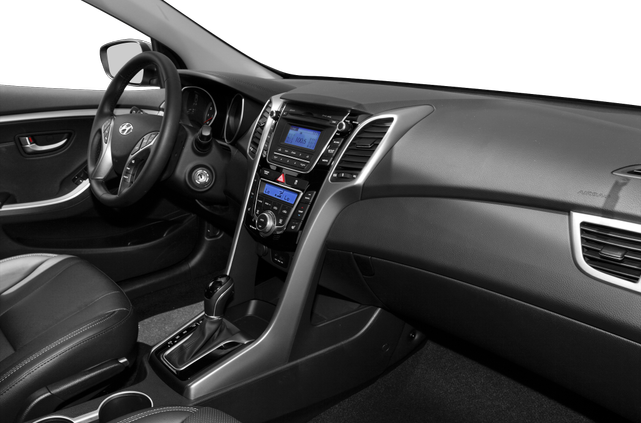 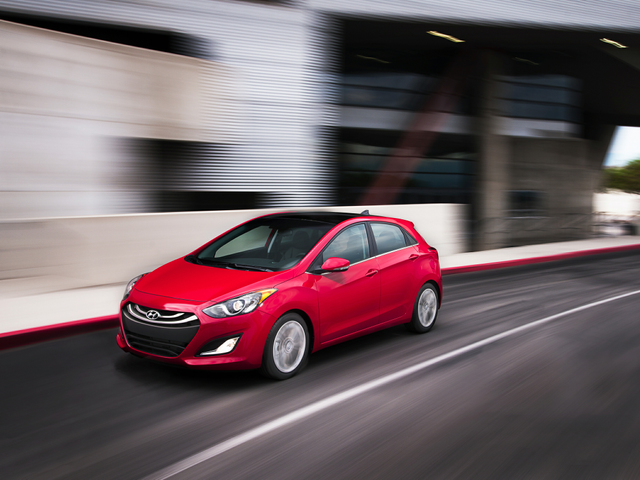 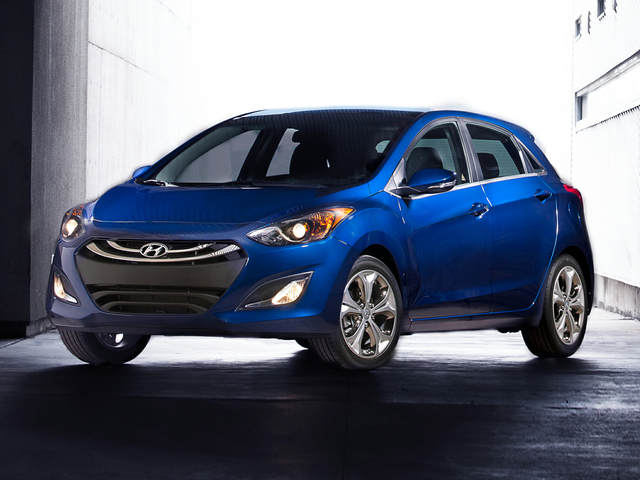 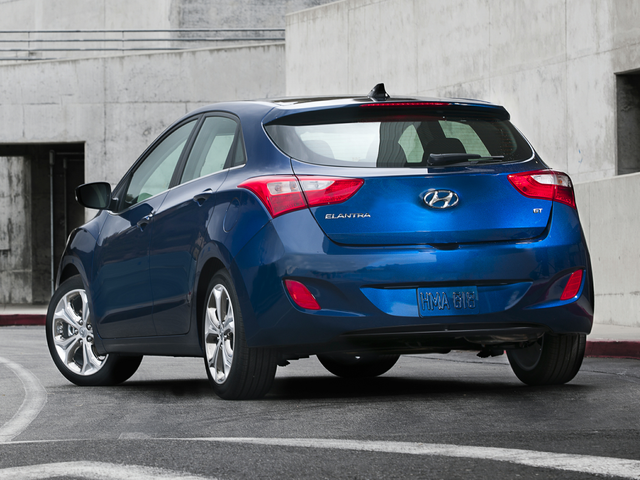 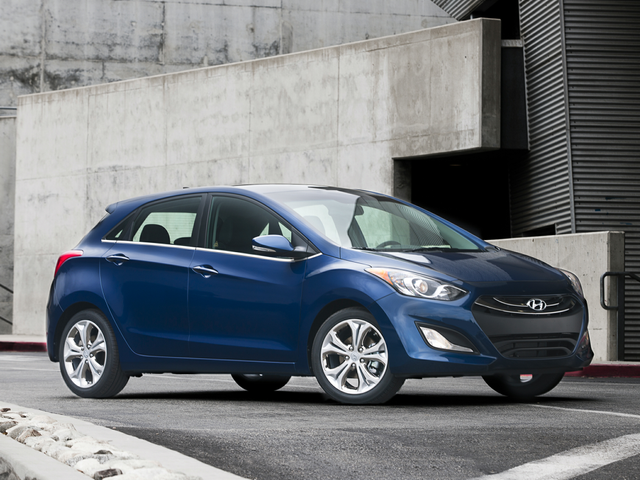 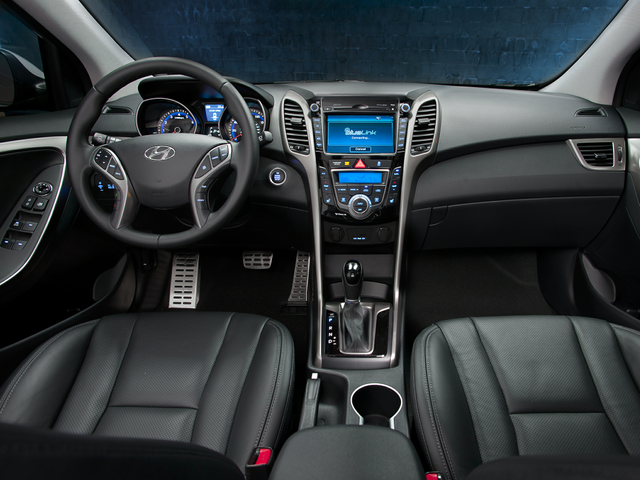 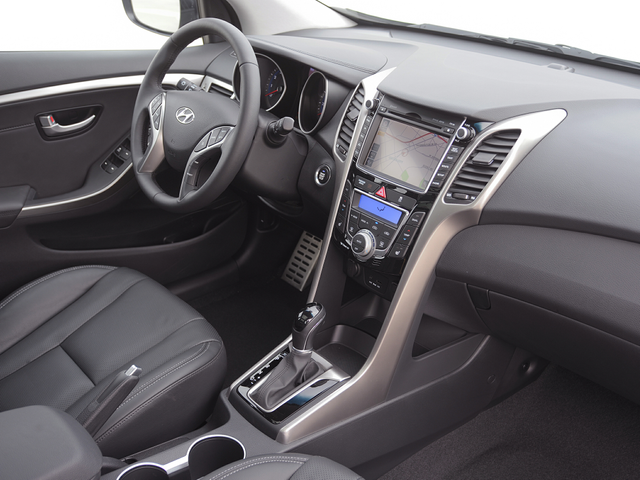 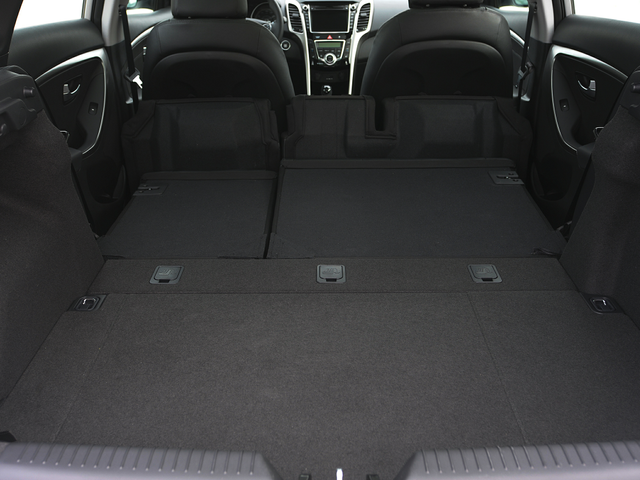