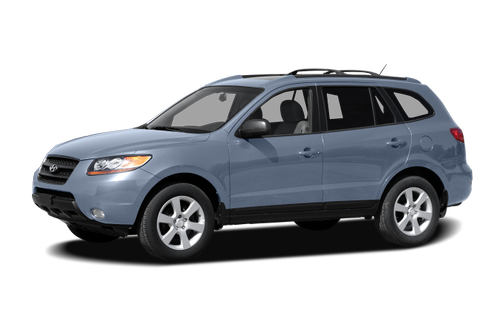 Our 2008 Hyundai Santa Fe trim comparison will help you decide.

With gasoline now at a national average of $1.66 a gallon, fuel economy might not be at the top of everyone’s list of considerations in choosing a new vehicle, as it was in July when prices topped $4.

But most of us understand that today’s prices – at a five-year low – aren’t going to last, and that we do need to consider gas mileage when we’re shopping for our everyday vehicles.

While some people might complain when I suggest that a vehicle such as the 2009 Hyundai Santa Fe crossover should be considered fuel efficient, with EPA ratings of up to 18 miles per gallon city and 24 highway, the fact is that this car does go a lot farther on a gallon of gas than the similar-sized, truck-based SUVs we were all buying during the past 15 years.

And with seating for up to seven people, the Santa Fe can carry a family that would have to use two small, gas-sipping cars to go anywhere together, burning more gas together than this Hyundai does by itself.

So when you consider the gallons-per-passenger-mile used by the seven-passenger Santa Fe versus a small car that holds just five people (and not very comfortably, at that), the Hyundai makes sense.

Such efficiency has made crossover utility vehicles the family haulers of choice for many buyers these days, and the Santa Fe is among the best for value and fuel-efficiency.

Hyundai introduced the second generation of the Santa Fe two years ago, taking the opportunity at that time to make it a bit larger to accommodate the third row of seating. That pushed the vehicle into the midsize class from its previous compact size.

With the redesign, the Santa Fe now competes against the segment- leading Toyota Highlander and other popular midsize crossovers with three rows, including the Honda Pilot. As with those competitors, it qualifies as a crossover because of its unibody construction, which combines the body and frame into a single structure, giving the Santa Fe the ride and handling characteristics of a sedan rather than a truck.

For 2009, the Santa Fe returns mostly intact from last year, but there have been a few minor changes.

Among them are accommodations for those of us who can’t go anywhere without our iPods or other MP3 music players. The Santa Fe’s audio system now has USB and iPod/MP3 player auxiliary inputs, which allows for direct connection of either a flash drive containing MP3 music files, or an iPod or other MP3 player.

Other changes include a power driver’s seat and universal garage opener for the optional SE Touring Package (which also adds the third seat, with climate-control outlets extended to those passengers), an available towing package on the SE and Limited models, and roof-rack cross rails standard on the SE and Limited, so luggage can be strapped on top when the third-row seat is in use, taking up most of the interior cargo space.

In the latest safety tests, the Santa Fe has earned the top five-star designation in front- and side-impact crashes from the National Highway Traffic Safety Administration, and has received the “Top Safety Pick” designation from the Insurance Institute for Highway Safety, which conducts its own crash tests at a laboratory near Charlottesville, Va.

The Santa Fe is 184.1 inches long, seven inches longer than its predecessor. It’s also an inch wider and almost two inches taller, and its track is 2.9 inches wider.

Prices for the 2009 models have not been released yet, and dealers are still awaiting shipment of the new ones, but still have plenty of the ’08s in stock.

For this report, we were provided the 2008 model, and except for the very minor changes mentioned above, the ’08s are the same as the ’09s.

With options such as the navigation system ($1,750) and Touring Package ($3,150) with a rear-seat entertainment system, our Limited tester topped out at $35,795 including freight.

But it’s really not necessary to spend that much to have a nice Santa Fe – although with the base GLS model, you can’t get that third-row seat. Hyundai should offer the third seat in all trim levels.

Hyundai says its benchmark vehicles for the redesign of the Santa Fe were the Lexus RX and Acura MDX (the premium versions of the Highlander and Pilot), as well as the Volvo XC90.

Two V-6 engines are offered; the four-cylinder that was used in the previous generation is not available in this newest model. That’s a mistake, though, and I would expect Hyundai to bring back the four-cylinder, especially if gas prices shoot up again. Toyota made the same mistake when it redesigned the Highlander last year, but for 2009, has brought the four-cylinder back.

Santa Fe’s base engine, standard on the GLS models, is a 2.7-liter engine is rated at 185 horsepower and 183 foot-pounds of torque. It’s the one rated at 18 city/24 highway, and it has enough power for most people’s everyday needs.

Upgrading to the SE or Limited models brings a 3.3-liter V-6, which adds a lot of zip, without affecting fuel economy very much. EPA ratings are 17 city/24 highway. This engine cranks out 242 horsepower and 226 foot-pounds of torque, and can tow trailers weighing up to 3,500 pounds.

The 2.7-liter model comes with a standard five-speed manual transmission, while a four-speed automatic is an additional $1,300.

A five-speed automatic is standard with the 3.3-liter engine. Both of the automatics come with the Shiftronic feature, which allows the driver to shift manually (without having to use a clutch).

While two-wheel drive is standard, all three trim levels are available with the electronically controlled all-wheel-drive system. It automatically sends power to the wheels offering the best traction.

Also included with the all-wheel drive is a center differential lock that splits power 50-50 between the front and rear axles regardless of which wheels have the best traction. This can help move the vehicle better in some off-road situations. The Santa Fe isn’t capable of serious off-road driving, however, as the system does not have low-range gearing.

The Santa Fe’s exterior design has a more-aggressive look than the previous generation, with a new grille and headlights. The body is more aerodynamic, with a lower coefficient of drag, which helps with fuel economy.

Although the vehicle is two inches shorter than the Lexus RX, there is more head, leg, and shoulder room in the first two rows. The RX doesn’t offer a third row of seating.

Santa Fe’s third row has a 50/50 split, and can be folded flat to increase cargo space to 34.2 cubic feet; but with the third seat in place, that space is just 10 cubic feet. The middle seats, with a 60/40 split, can be folded, too, creating a cargo area of 78.2 cubic feet when the third row is folded.

Even the GLS is well-equipped, except for the absence of the third seat, and has more standard equipment for thousands of dollars less than a Highlander. Standard are 16-inch alloy wheels, 112-watt AM/FM/CD/MP3 audio system with six speakers, rocker panel moldings, heated power side mirrors, power windows and door locks with remote, roof rack with sliding cross rails, tire-pressure monitoring system, air conditioning and a tilt and telescoping steering wheel.

GLS options include the four-speed automatic transmission and a Premium Package ($2,100), which adds a power tilt/slide glass sunroof and heated front seats, among other extras.

To get the third seat and rear air conditioning, buyers must choose the SE Touring Package. The price is $1,500 for the 2008 model; that might rise when prices are released for the 2009 model, as this package will also bring the power driver’s seat and universal garage opener.

Limited models come with everything found on the SE, plus leather seats, heated front seats, power driver’s seat with lumbar support, dual zone automatic climate control with outside temperature display, and the universal garage/gate opener, among other things.

Other special features on the Limited include a chrome grille and exterior door handles, and a body-color rear spoiler. The power sunroof is standard, as is a 605-watt Infinity audio system with 10 speakers, 115-volt power outlet, and power front passenger seat.

The automotive columns of G. Chambers Williams III have appeared regularly in the Star-Telegram since 1995. Contact him at 210-250-3236; chambers@star-telegram.com.

available on base model.

Price as tested: $35,795 (Limited all-wheel drive, including freight and options).

The car looks and runs well. Bought this for my daughter to use to commute back and forth to work and to run errands with the kids.

So quiet and easy to drive

October 12, 2020
By John from Carbondale CO
Owns this car

It always seems to stay clean and dust free even on the dirt roads. Strong mountain car. handles curves and grades easily. She is reliable, quiet, smooth and has great sounding stereo.

August 14, 2020
By Car searching for granddaughters from Rockford, IL
Test drove this car

What a great car in beautiful shape for a 2008. I was pleasantly surprised. Was looking for a safe and dependable car for teen drivers. The only thing missing was All Wheel Drive for our winter road conditions.

Rating breakdown (out of 5):
3 people out of 3 found this review helpful. Did you?
Show full review
See all 83 consumer reviews 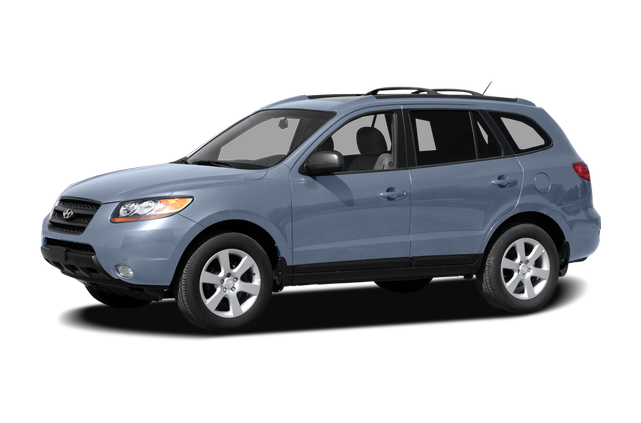 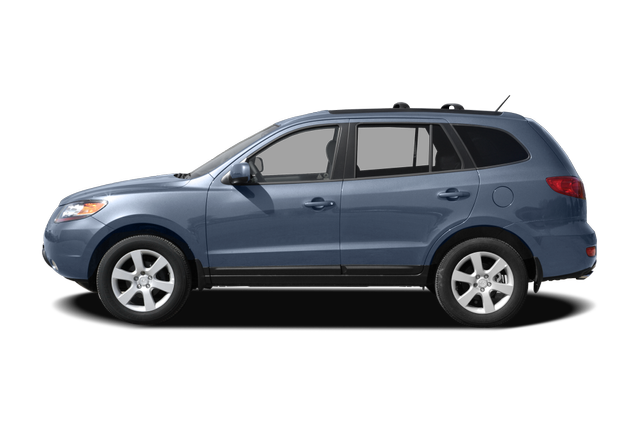 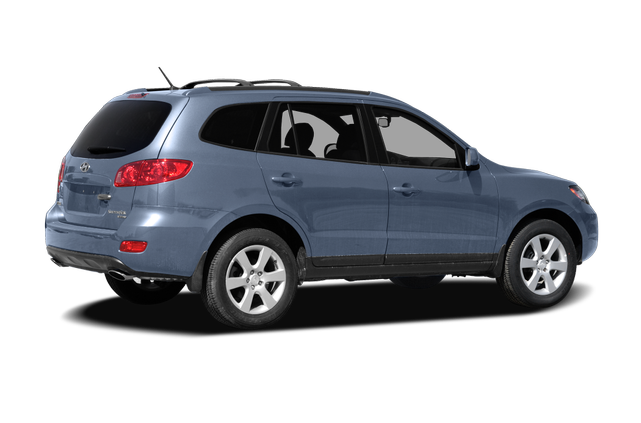 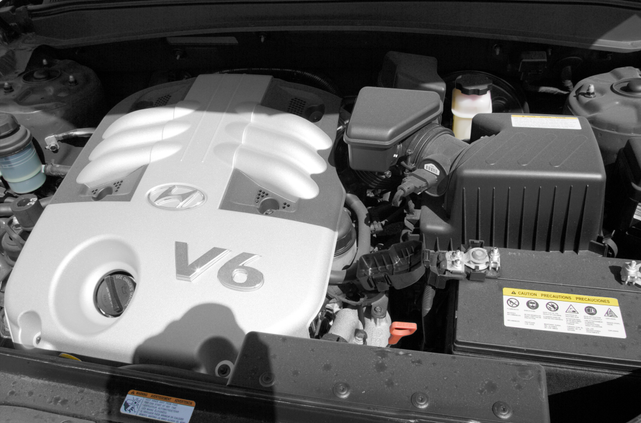 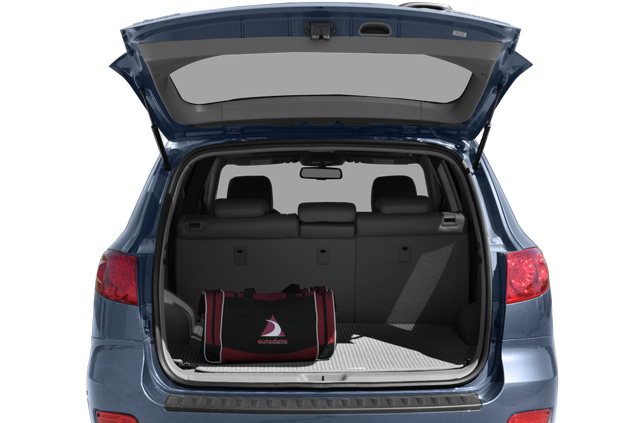 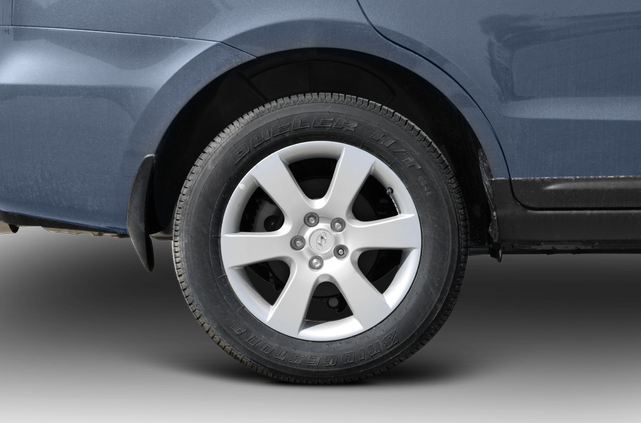 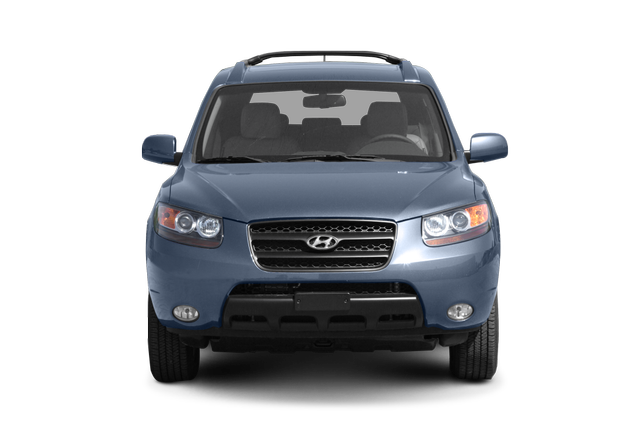 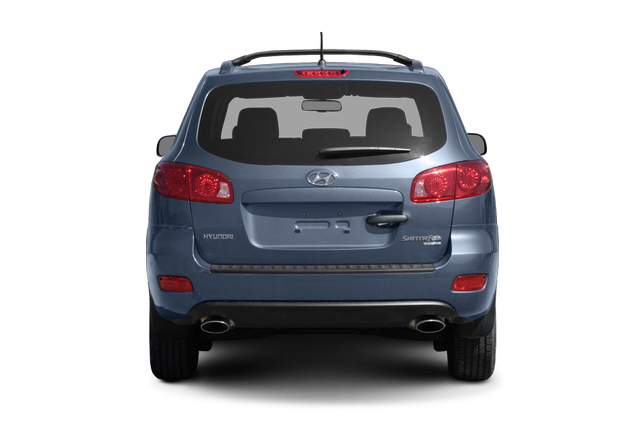 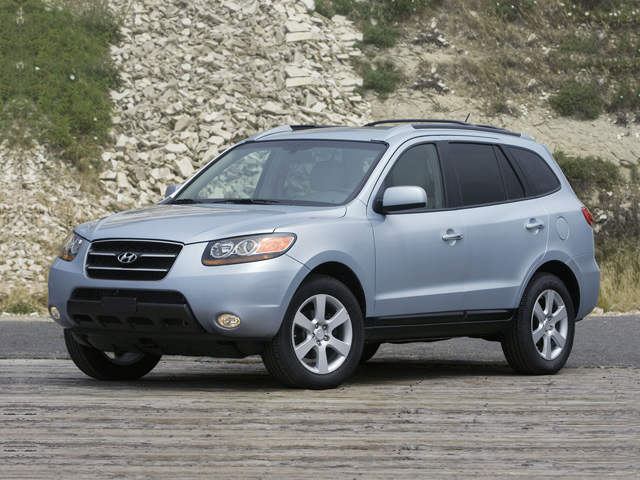 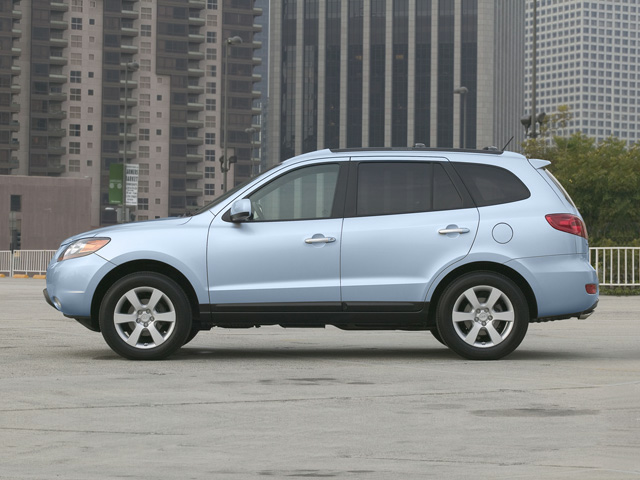 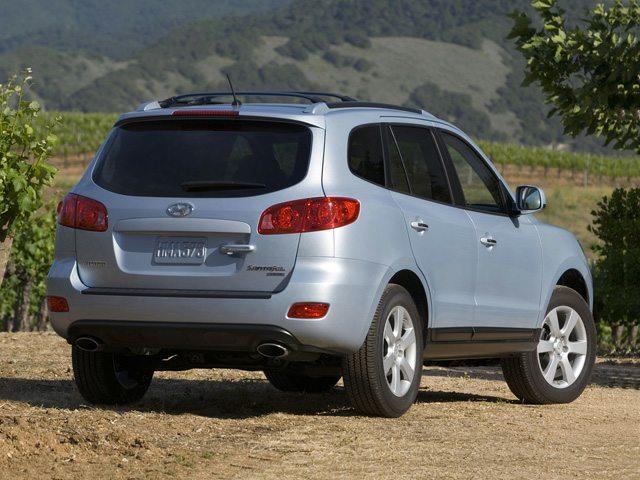 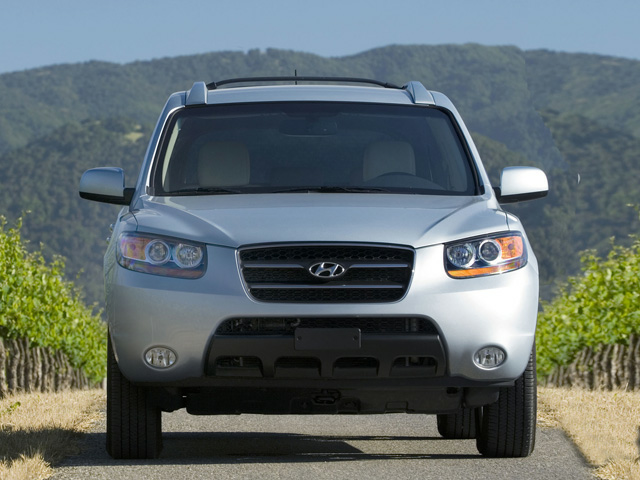 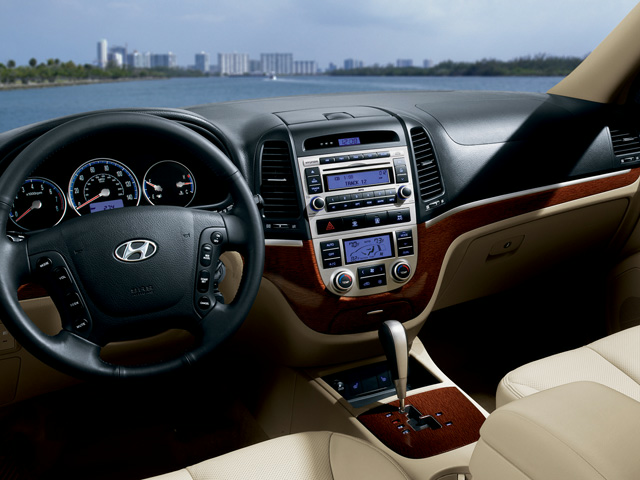 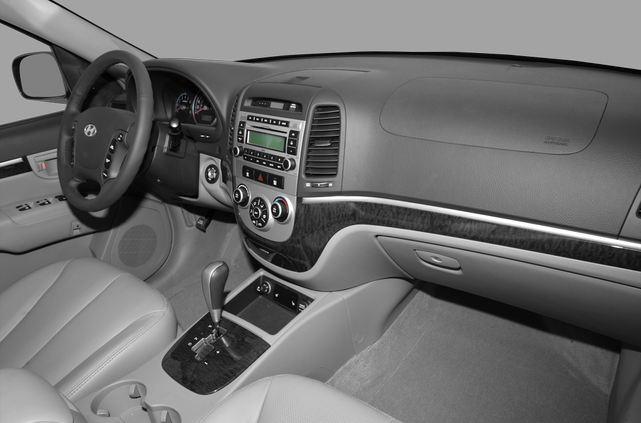 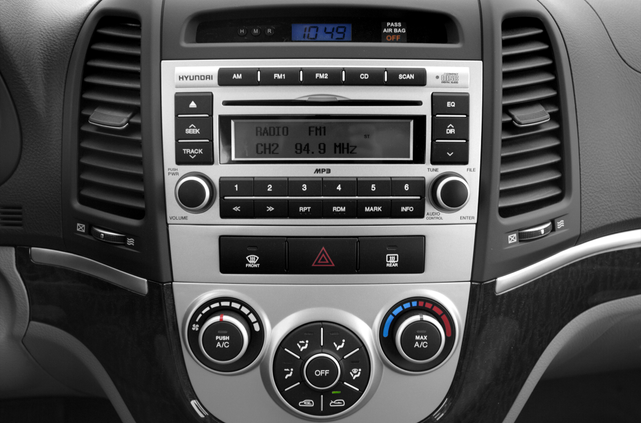 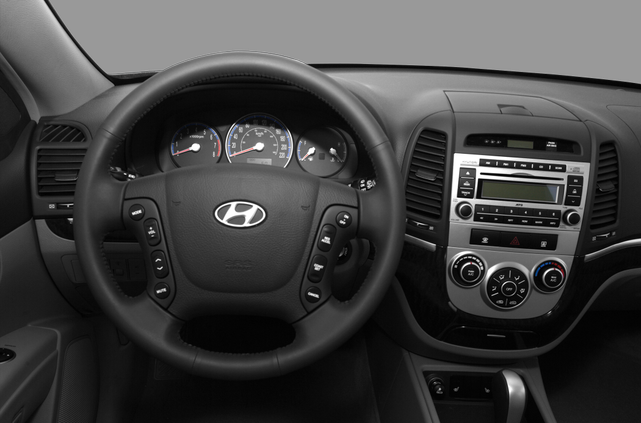 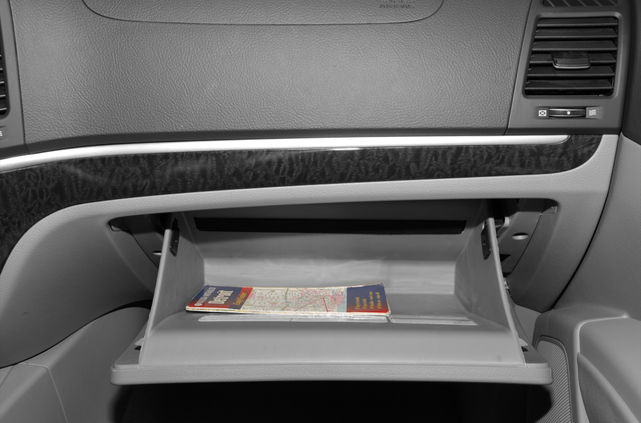 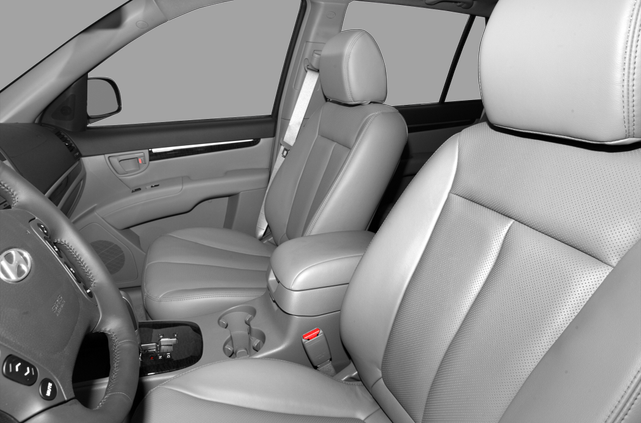 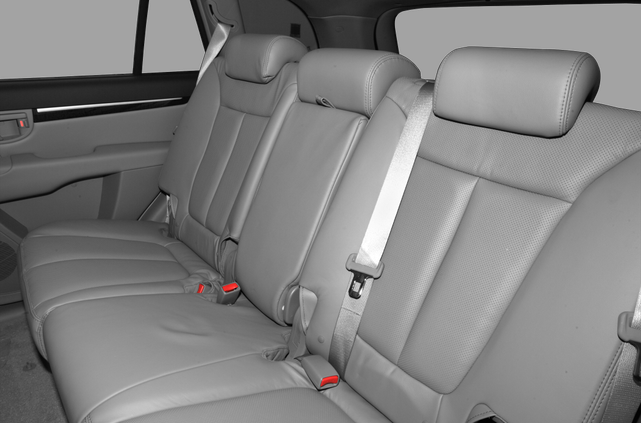 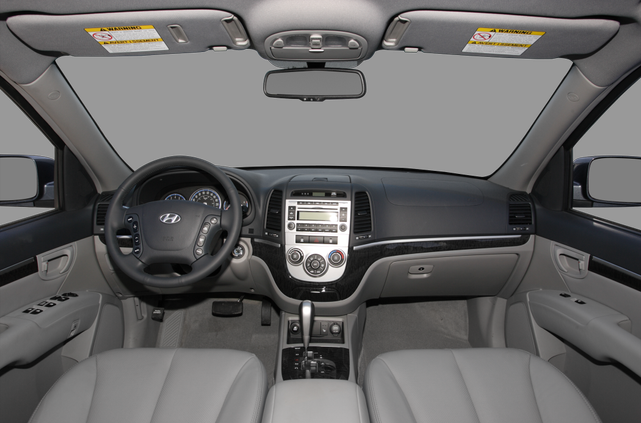 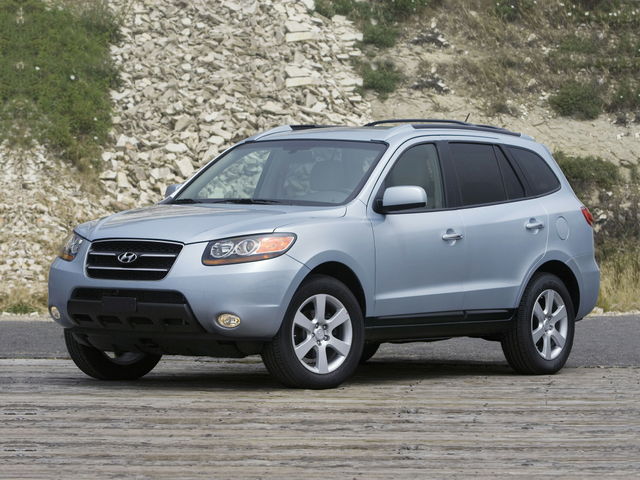 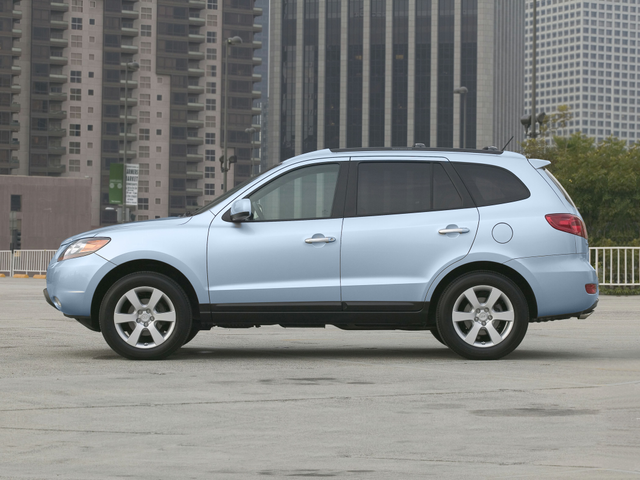 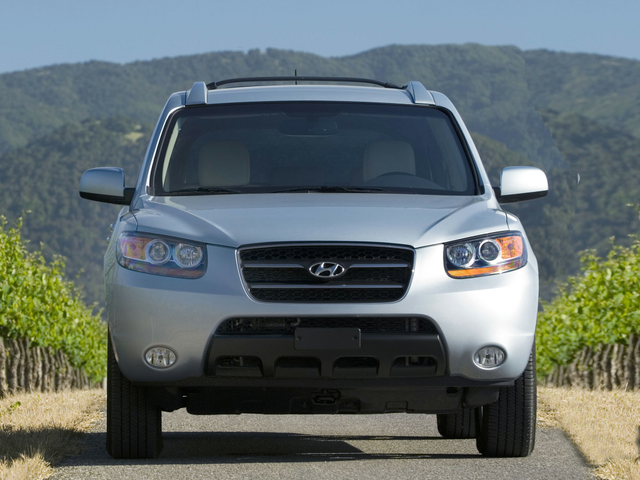 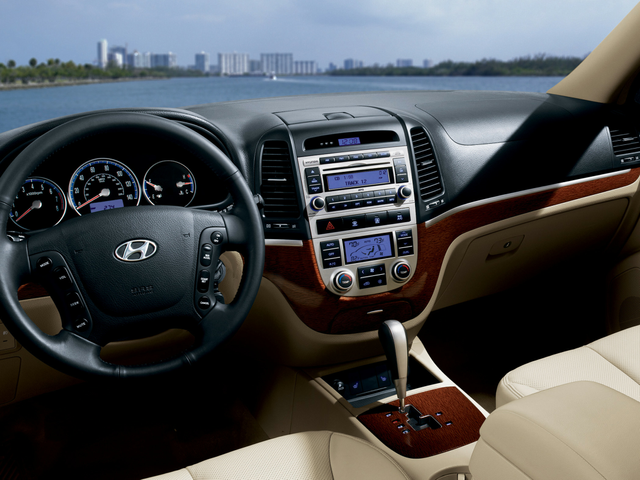