Our 2002 Kia Rio trim comparison will help you decide.

Vehicle Overview
For 2002, a subcompact Rio wagon joins the front-drive Rio mini-sedan that debuted a year earlier as the least-expensive car in the U.S. market. On sale since summer 2001, the wagon is the least-expensive example of that body style sold in the United States, displacing the Suzuki Esteem, which held that title recently. Rio sedans switch from 13-inch to 14-inch tires for 2002, and a new power package is optional.

Since its acquisition by Hyundai, another South Korean automaker, Kia has been coming on stronger than ever by expanding its passenger-car offerings. A brand-new midsize Optima sedan arrived in 2001, following the debut of the mini-sized Rio sedan and the Spectra hatchback version of the subcompact Sephia sedan, which has been around since 1994. Kia sold 98,256 vehicles in the United States during 2000, vs. 82,211 units in the previous year, according to Automotive News. This years new products, including the Sedona minivan, give the company a total of six models  quite a jump from the handful of Sephia sedans that began to trickle into the United States in the mid-1990s.

Exterior
Led by what Kia calls an aero-look front end with memorable triangular taillamps at the rear, the Rio generally looks like a typical small sedan. Essentially, its based on the platform used by the Kia-built Ford Aspire of the mid-1990s.

With a 94.9-inch wheelbase and a 165.9-inch overall length, the mini-sized Rio is 9 inches shorter than the Spectra sedan, which is Kias larger subcompact. The four-door Rio sedan measures 65.9 inches wide and 56.7 inches tall, and its standard wheels have grown to 14 inches in diameter for 2002.

Interior
With a claimed five-passenger capacity, the Rio has front buckets and a three-place rear seat. Still, its short wheelbase and modest width means the backseat could be tight for all occupants, except young children. The height-adjustable drivers seat has an integral armrest, but the rear seatback does not fold down for extra cargo volume. The trunk holds 9.2 cubic feet of cargo. Optional features include air conditioning, power steering, a cassette player and a tilt steering column.

Under the Hood
Kias 96-horsepower, 1.5-liter four-cylinder engine mates with either a standard five-speed manual or an optional four-speed-automatic transmission. Antilock brakes are optional, and side-impact airbags are not available.

Driving Impressions
The Rio is not without its faults. However, Kias smallest model is a pleasantly appealing, surprisingly capable vehicle  a sizable cut above whats usually expected from small cars. With the manual shift, acceleration is eager if not exactly overpowering, whether that is during standing-start takeoffs or for passing and merging. Performance also is better than adequate with the automatic transmission, unless youre on a heavy upgrade, which can cause the Rio to struggle to maintain speed. Automatic-transmission shifts are generally quick and easy, but pushing hard on the gas pedal can produce a bit of awkwardness as the gears change.

The Rio shines brightest in ride quality, which is well-behaved and composed. Quick steering response yields a sensation of confidence thats not often found in such small cars. A certain amount of steering-wheel correction is needed on straightaways at higher speeds, but no more than in other vehicles of this sort.

Its gauges are easy to read, but a tachometer is not included. Headroom is plentiful in the front seats. The backseat offers more space than many larger competitors, including the center-rear position. Because power windows are not available, occupants will have to do the cranking on their own. Radio buttons are bigger than in previous Kia models, though the lettering on the controls is still small. The Rios simple-to-use but effective air conditioner produces ample coolness on warm days.

This car was a gift from my boyfriend and his parents, and I cannot believe how well it has run considering how old she is. She's JUST starting to lose her drive and she's at 149k miles at 16 years old. I don't want to tell her goodbye, but I know I'll have to soon.

Kia Rio so reliable i have Three

December 24, 2010
By kia tuner from Crestline Ca
Owns this car

these cars are great. i have three in 9 years. i bought my first one in sept. of 01. it was an 02 model for daily driving and driving to college. i have over 600,000 miles on it and it keeps going. nothing has broke on me. dealer serviced every 3000 miles, and every 30,000 miles. same trany same engine. + i get 35 miles to the gallon even driving in Los Anglesand there fwys. even when the fwys are parking lots. i bought my 2nd one to customize and build for car shows, bought it used and it rans just as good it only has 89,000miles on it. my thrid has 120,000 miles and it was beat up when i bought it bad trany and engine had the dealer repair them and runs great too. after 10,000 miles on it, it gets almost 36 miles to the gallon. would buy kias again looking at the forte for my next one nice looking cars.

I did not test drive or let this car run... it is NOT automatic, just For your information. I would have taken it if not for that.

Rating breakdown (out of 5):
0 people out of 3 found this review helpful. Did you?
Show full review
See all 8 consumer reviews 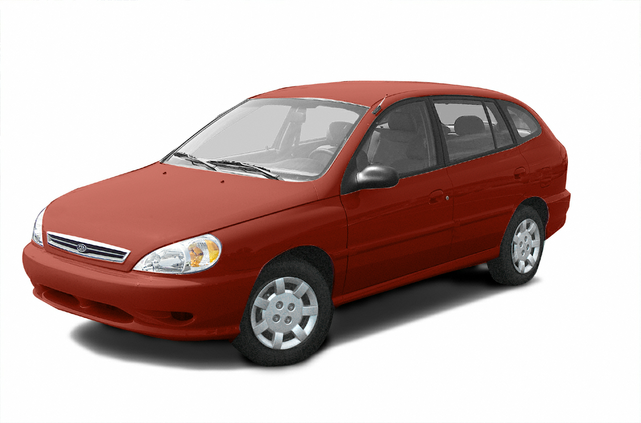 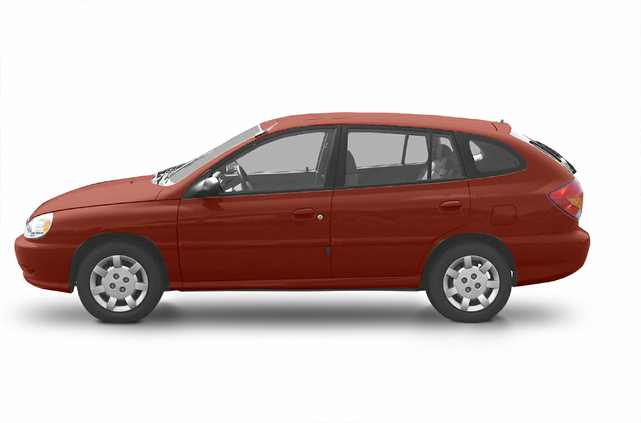 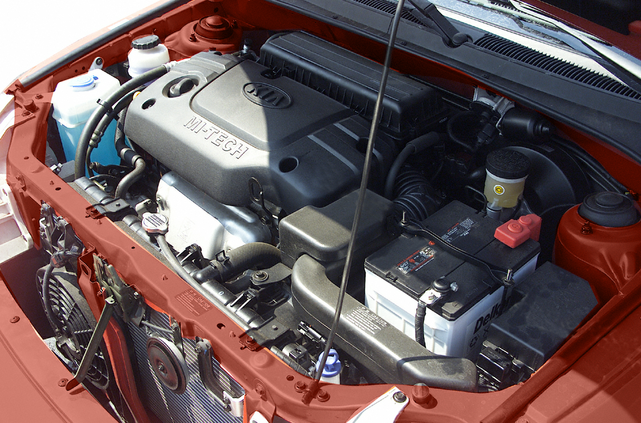 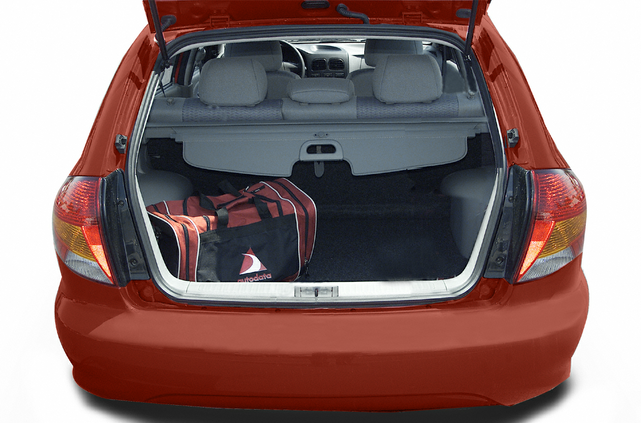 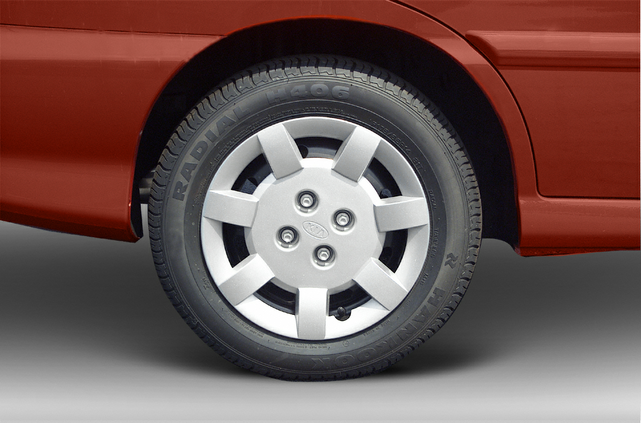 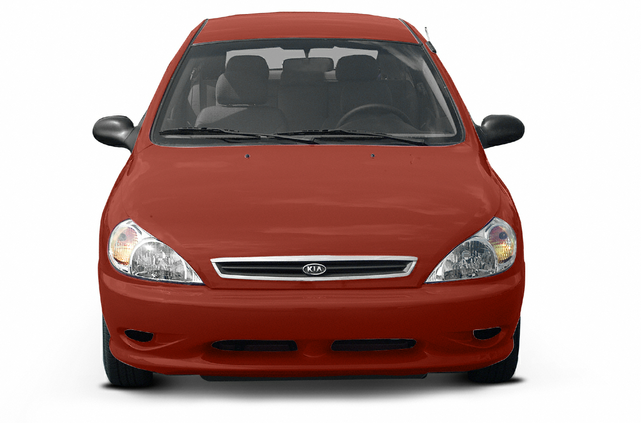 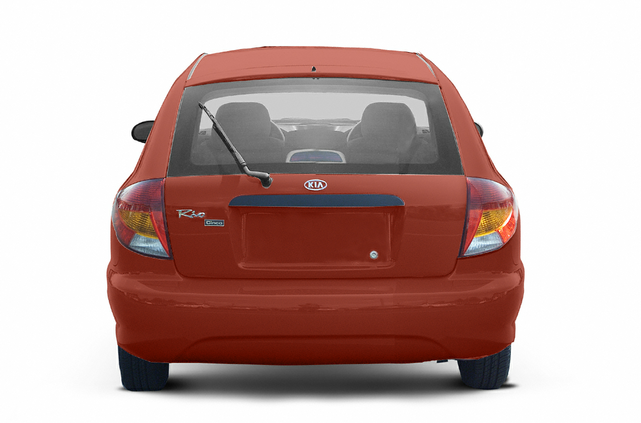 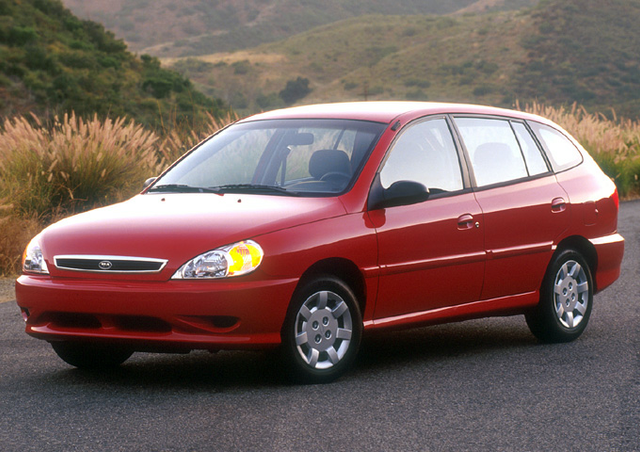 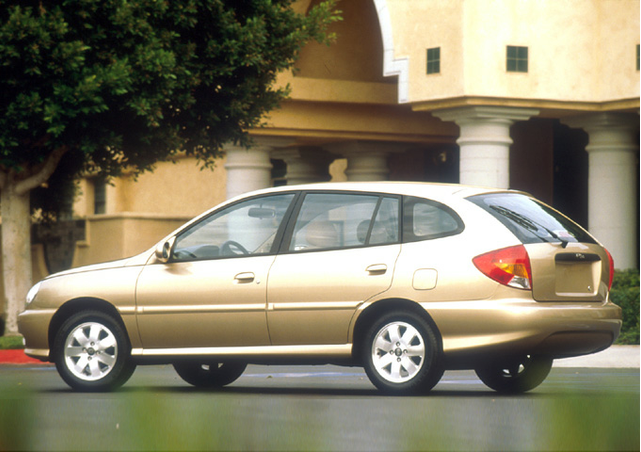 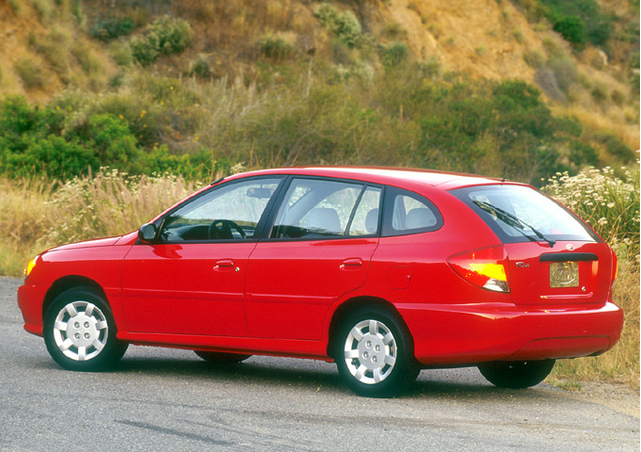 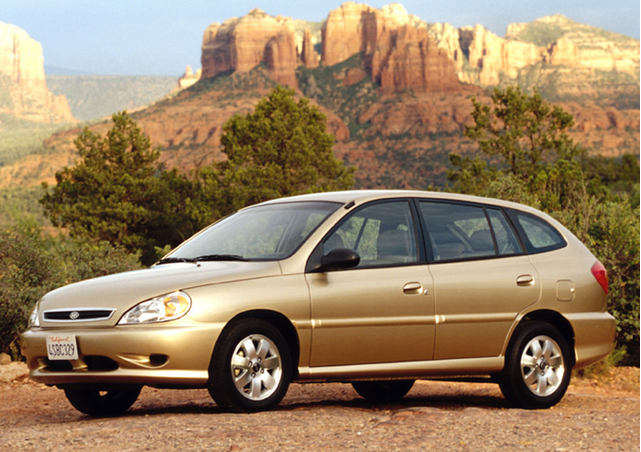 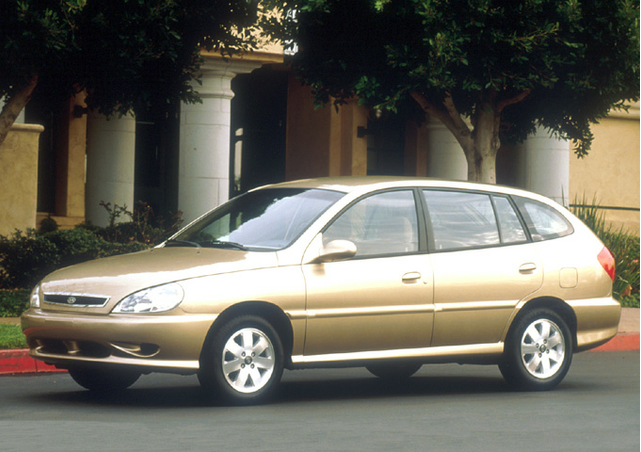 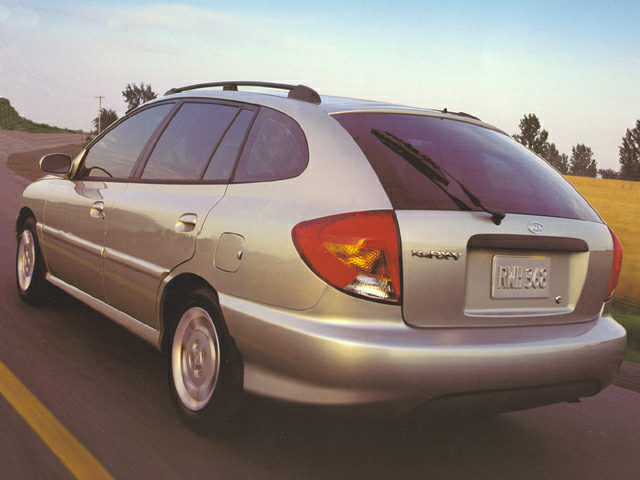 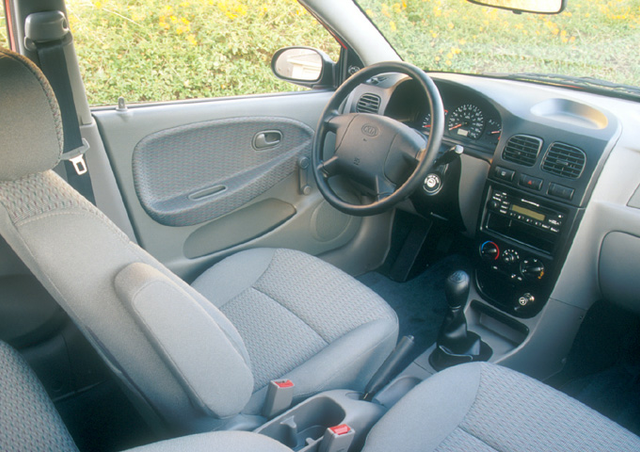 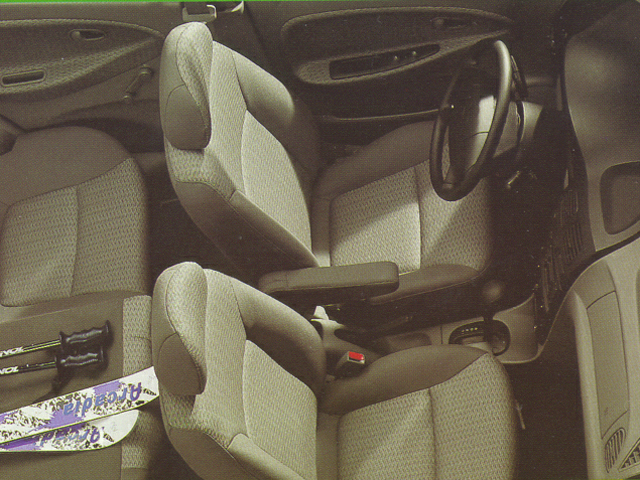 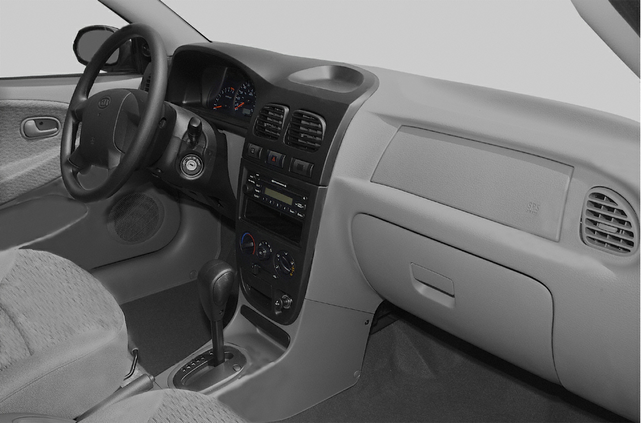 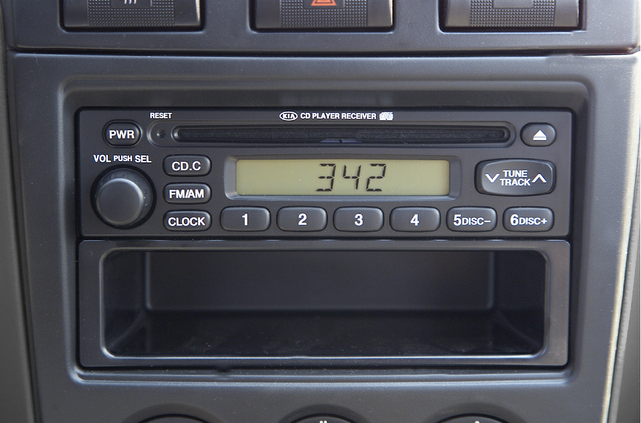 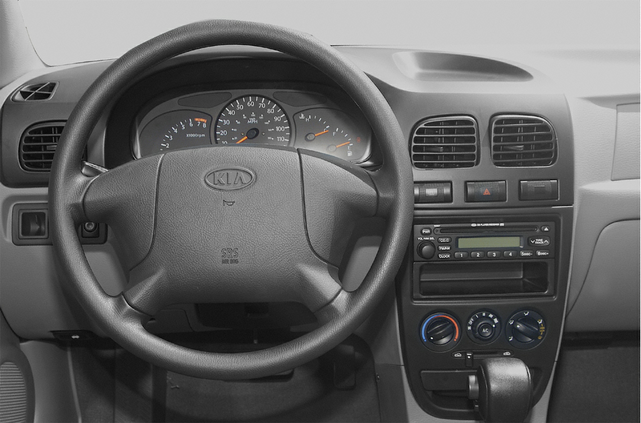 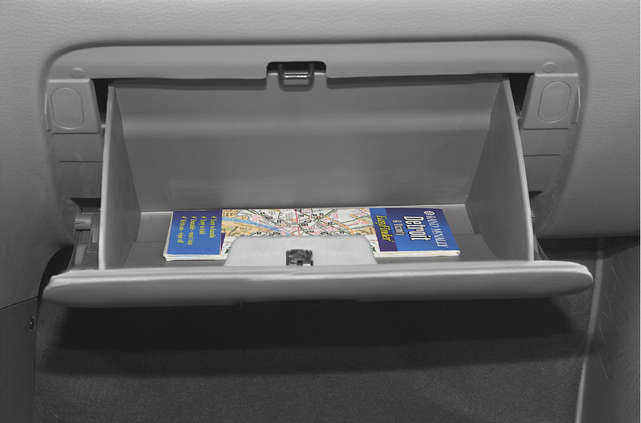 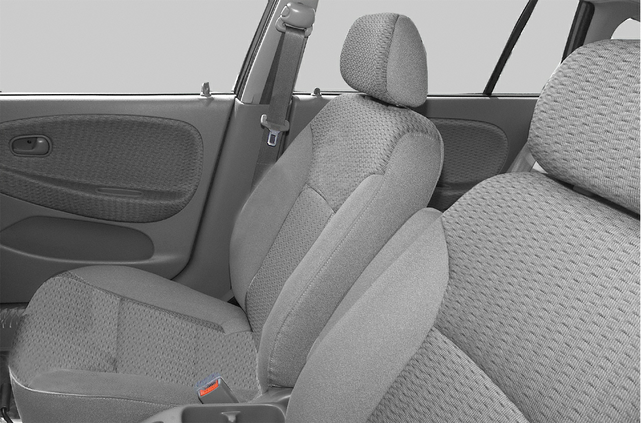 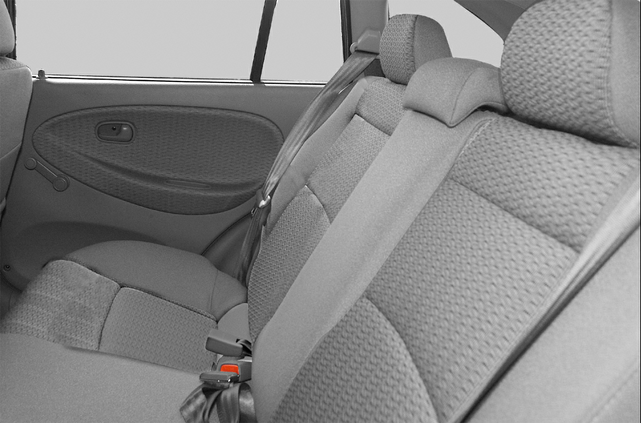 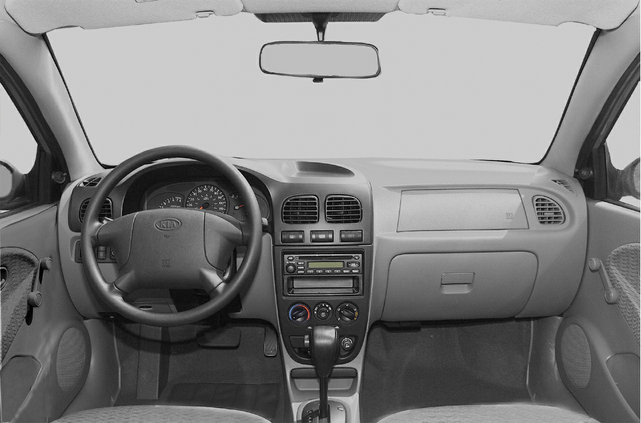