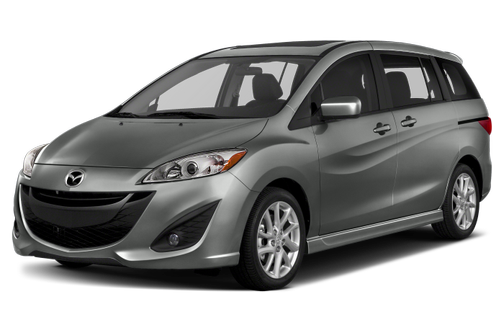 Our 2012 Mazda Mazda5 trim comparison will help you decide.

The Mazda5 has been something of a curiosity since it debuted. Its sliding side doors technically make it a minivan, but its driving experience and roominess make it more of a small hatchback.

It’s been updated for 2012 with new styling and a new engine, and it gives minivan buyers a smaller alternative to traditional models. It also gives them something they likely aren’t interested in (nimble handling) while sacrificing something they are (extra room for people and stuff).

The 2012 Mazda5 won’t work for every family, but if you rarely need that third row and want minivan practicality in a compact package, it just might work for you.

The Mazda5 starts around $20,000, but the as-tested price for our top-level Grand Touring trim was $24,720. To see differences among the three trims, check out a side-by-side comparison.

Ride & Handling
Its sliding doors notwithstanding, the Mazda5 drives like a small hatchback. Precise, weighty steering and taut but comfortable suspension tuning lend a level of agility that larger, traditional minivans can’t match. Larger bumps don’t rile the Mazda5, but there’s a fair amount of body roll when cornering.

Overall, driving the Mazda5 reminds me of Honda’s Fit hatchback, but with suspension tuning that’s a touch softer. That’s not a bad setup for driving enthusiasts tasked with delivering kids to school or play dates.

Four-Cylinder Power
The Mazda5 offers comfortable highway cruising and acceptable acceleration with the five-speed automatic transmission and a larger, slightly more powerful four-cylinder than was offered in 2010. (That’s the last model year the Mazda5 was available.) A six-speed manual transmission is standard on the Sport trim level.

The Mazda5 gets an EPA-estimated 21/28 mpg city/highway with either transmission, which is a little underwhelming when you consider that most versions of the Honda Odyssey minivan are rated 18/27 mpg and have more room inside for people and stuff, plus V-6 power. A small van like the Mazda5 might seem like an appealing prospect in the face of elevated gas prices, but its smaller engine and overall size don’t, unfortunately, give you the gas mileage edge you might expect.

The Inside
Interior styling changes align the Mazda5’s cabin design with the rest of the automaker’s lineup, but they don’t significantly raise the bar on materials quality. There’s still basic-looking plastic trim — particularly on the front doors — that’s out of place on a 2012 model, even an affordably priced one like the Mazda5.

The front captain’s chairs are comfortable, but the driver’s seat might be cramped for tall drivers. I’m 6-foot-1 and drove with the seat in its rearmost position, and I would have moved it farther back if it had been possible. Other drivers felt the same way.

Visibility has increasingly become a problem in newer cars that prioritize design and aerodynamics, but the Mazda5 thankfully goes against that trend; checking your blind spot is a breeze thanks to large side windows. Nor do the front roof pillars get in the way.

The Mazda5’s second-row bucket seats remind me of Chrysler’s Stow ‘n Go chairs: The buckets are positioned near the floor, which limits thigh support because your legs are elevated off the seat cushion. The seats fold flat, in line with the folded third row, after you flip forward the seat cushion, but they don’t perform the Chrysler seats’ trick of collapsing into wells in the floor.

The two-seat third row gives the Mazda5 its six-seat total, but that back row comes with some caveats. Compared with the third row of a regular minivan, the Mazda5’s is predictably small and doesn’t offer much legroom. This makes it only suitable for children, whereas regular minivans can carry adults in the third row without much trouble.

Unlike a regular minivan that can comfortably carry six people — and their luggage — at the same time, to do the same in the Mazda5 you’ll have to spread bags throughout the cabin: Its cargo area behind the third row measures just 5.6 cubic feet. Against the Odyssey’s 38.4 cubic feet of luggage space, there’s no comparison.

One of the reasons for the discrepancy is the way the seats fold in the respective vans. Like most regular minivans, the Odyssey’s third row folds backward into a well in the floor, so when the seat is upright that deep floor is available for stowing luggage. The Mazda5’s third row, on the other hand, folds forward, so the depth of the cargo floor doesn’t change whether the seat is up or down. If you plan on leaving the Mazda5’s third row down most of the time, you’ll have considerably more cargo room: 27.5 cubic feet, which is plenty of room for four peoples’ things.

Safety
Standard safety features include antilock brakes, side-impact airbags for the front seats, side curtain airbags for all three rows and an electronic stability system.

For a full list of safety features, check out the Features & Specs page. To see how child-safety seats fit in the Mazda5, take a look at our Car Seat Check.

Mazda5 in the Market
Despite the rising popularity of crossovers, minivans remain an ideal choice for families looking for maximum versatility and passenger space. The minivan is one of the few types of vehicles that can comfortably transport a family of six on a cross-country road trip one minute and move a college-bound teenager into a freshman dorm the next.

The Mazda5 loses some of its versatility in favor of compact dimensions that some shoppers will welcome, but the concept hasn’t attracted many followers to date, as the Mazda5 is the only small minivan available in the U.S. right now. Ford had planned to offer a competitor in the seven-seat C-Max, but has since limited its promise to a five-seater with alternative powertrains.

Whether there will be more small minivans in the coming years remains to be seen, though the coming ramp-up in fuel economy regulations seems likely to spur interest in the segment. If it materializes, car shoppers will benefit from the increased competition, but apart from that the Mazda5 is still a solid choice for small families who don’t want the extra bulk of a regular minivan.

Best value for the price.

April 8, 2021
By Robert from sunbury
Owns this car

Tons of leg room. Absolutely quiet while driving. I wish we would have found this van before. It allows for transporting and helping my family. Definitely well made.

I installed a hitch that i bought on Amazon for $120 and can carry 3 bikes on the back and can haul a 10 ft kayak in the back with a hitch Tee bar extension I use. I also had a trailer light kit installed so can pull a kayak trailer too. I bought the 5 new in 2012 and have 115k miles. It is super reliable and I use it to haul the family, bikes, and kayaks.

I wish this car had been updated and not discontinued. It has been extremely reliable and met every need. One of the best values around.

Rating breakdown (out of 5):
0 people out of 0 found this review helpful. Did you?
Show full review
See all 52 consumer reviews

All model years for the Mazda Mazda5 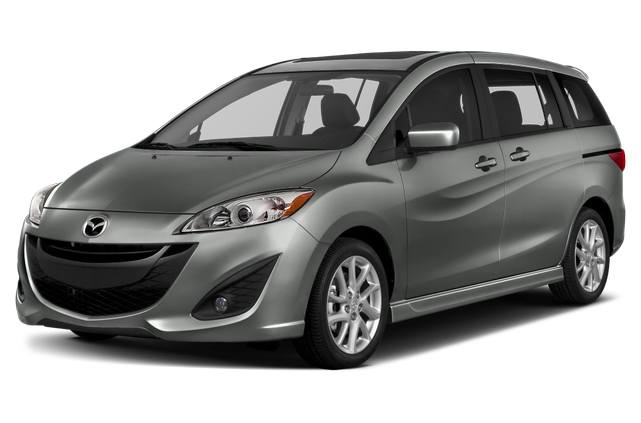 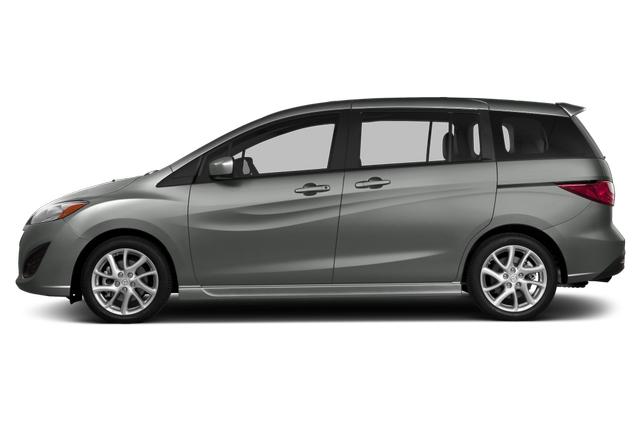 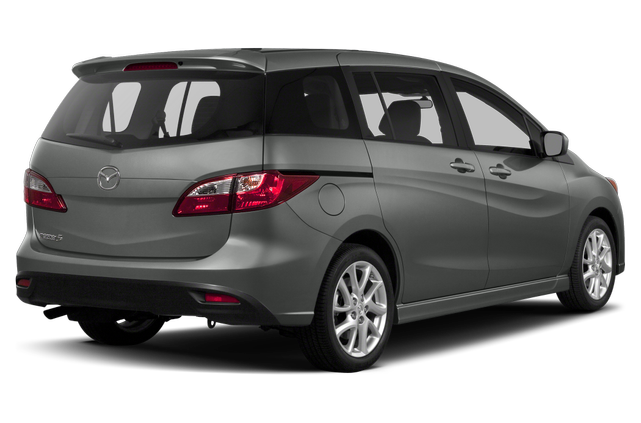 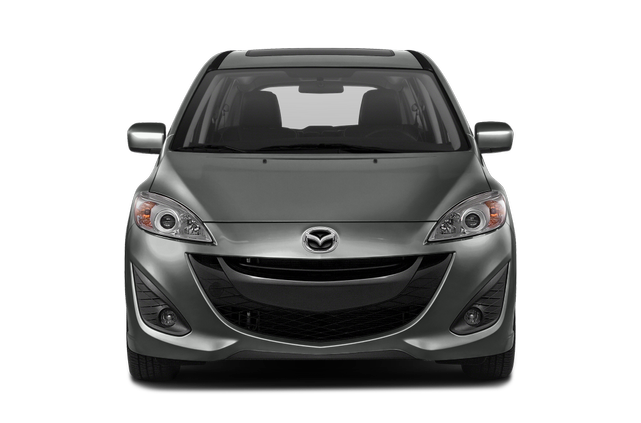 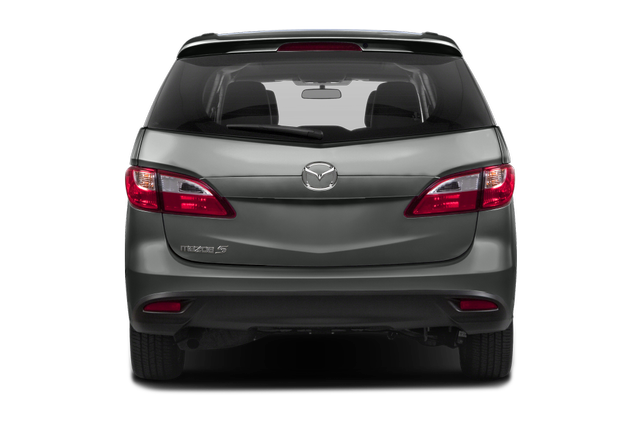 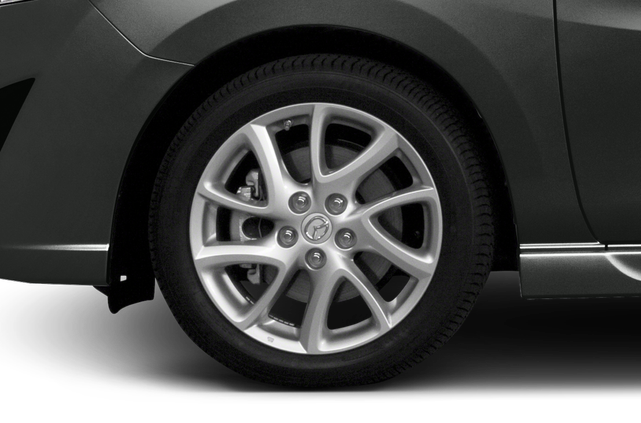 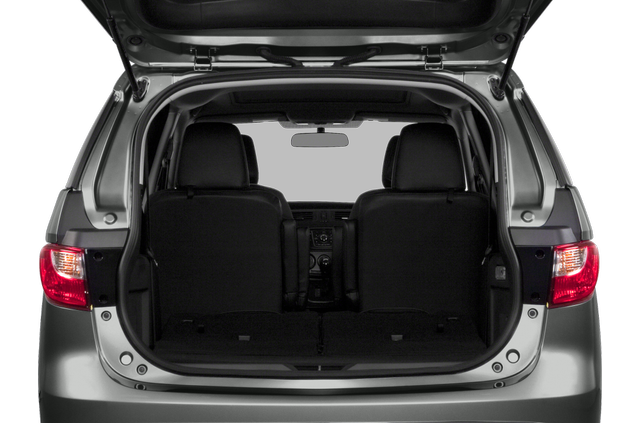 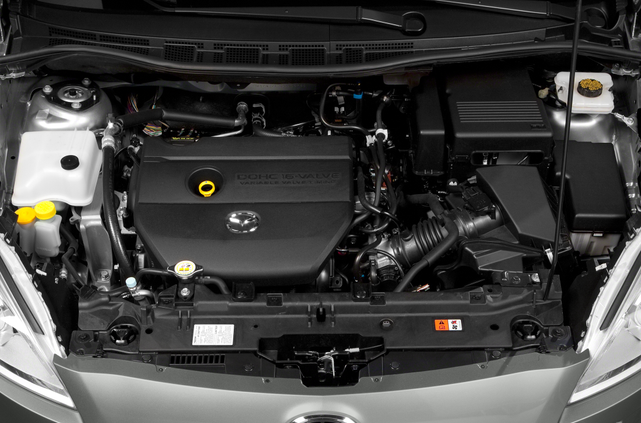 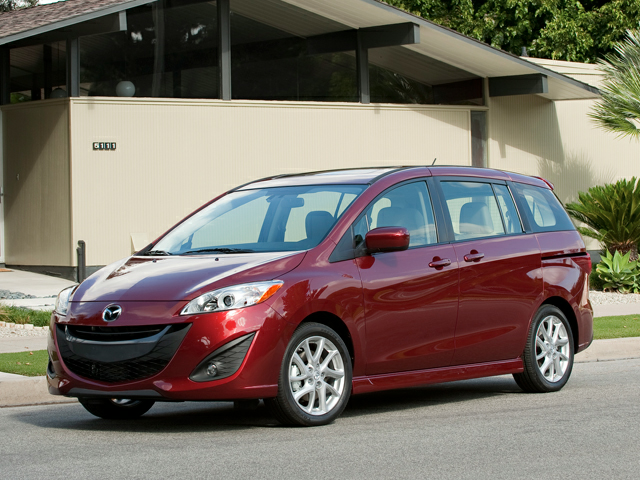 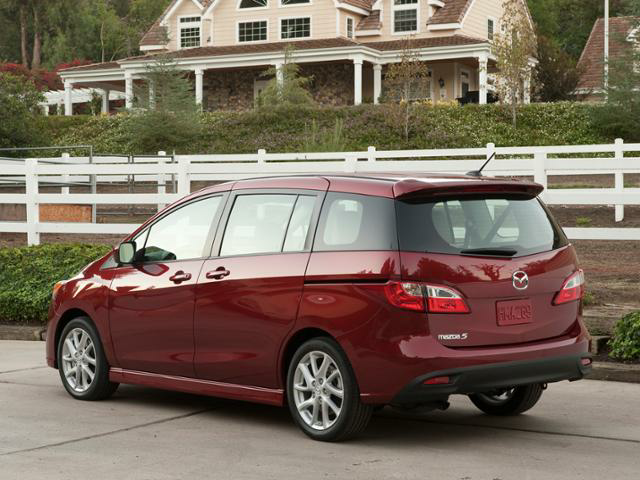 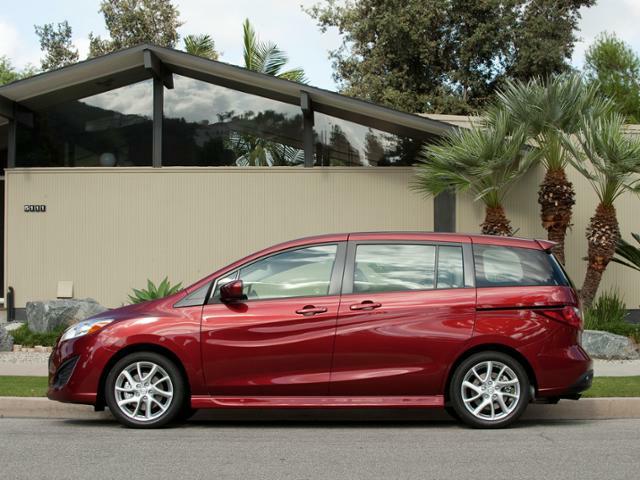 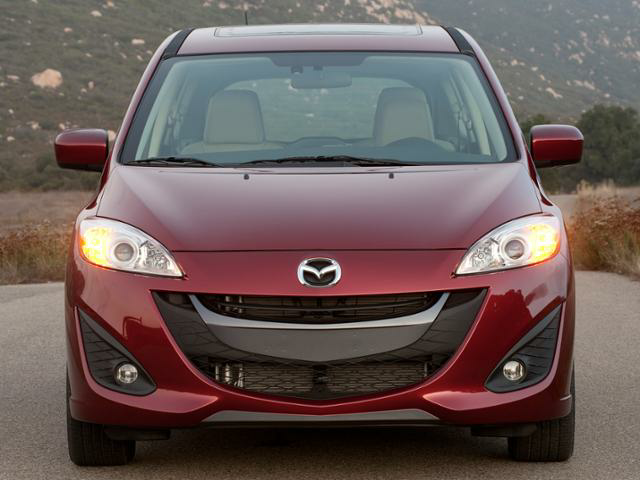 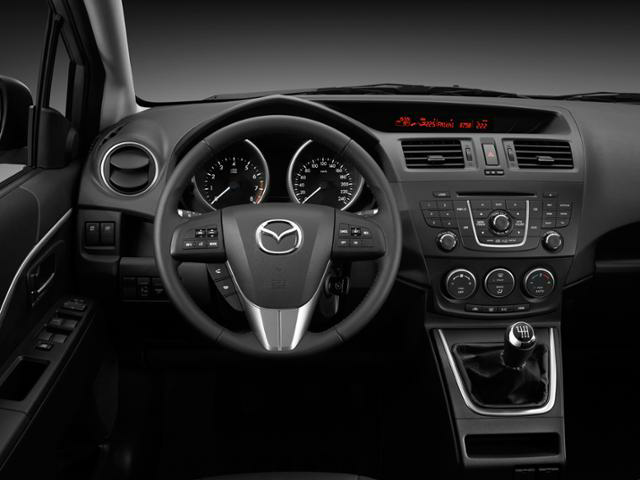 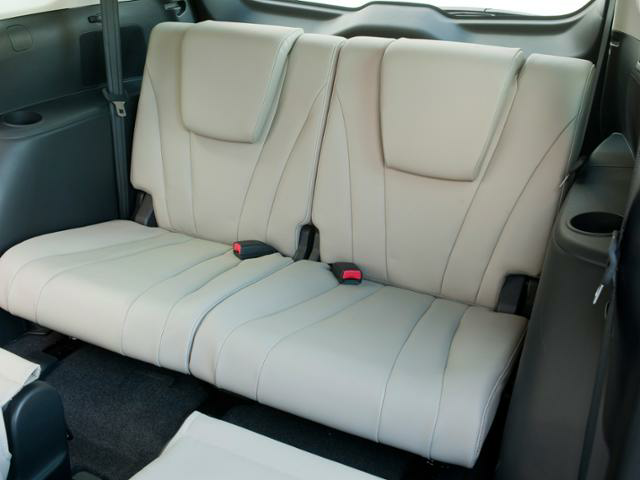 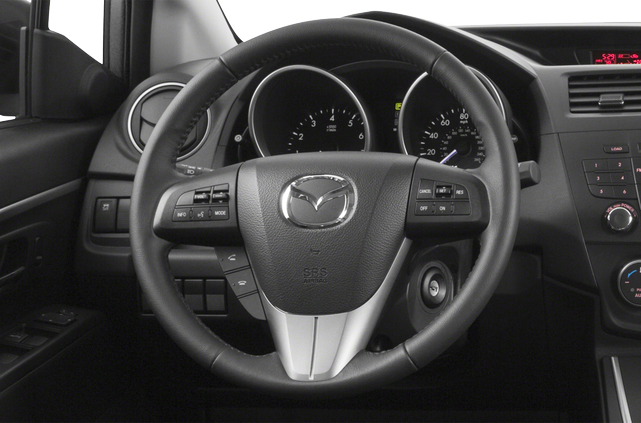 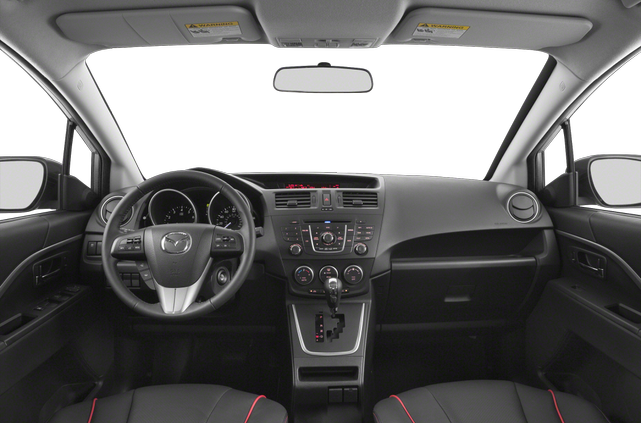 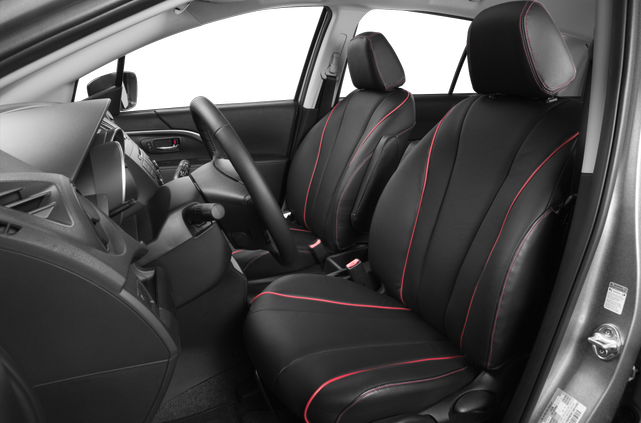 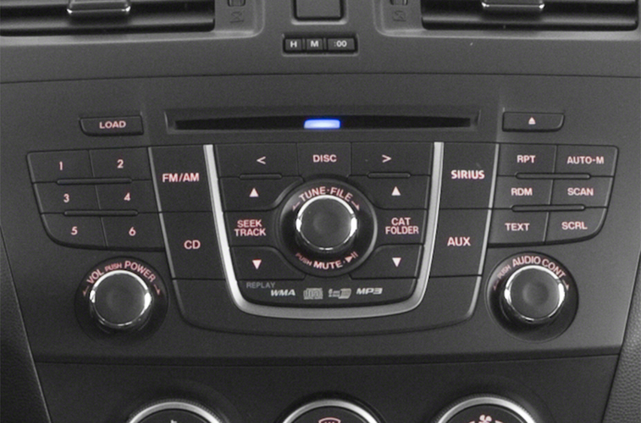 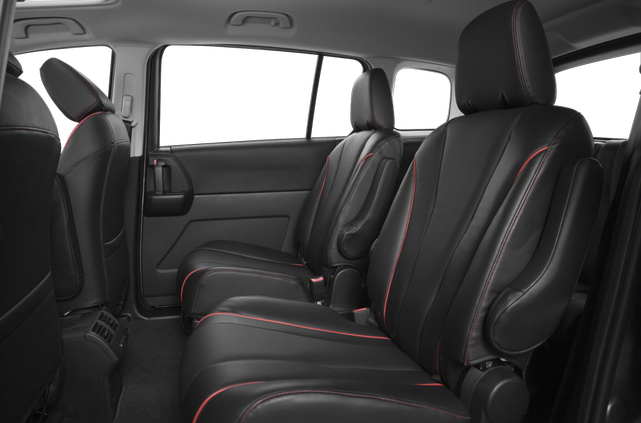 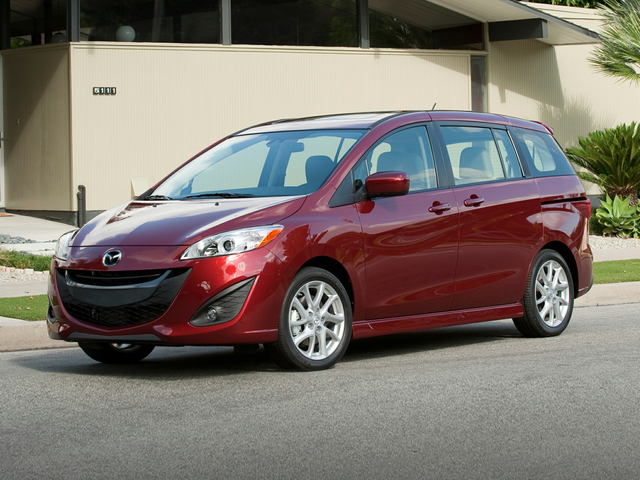 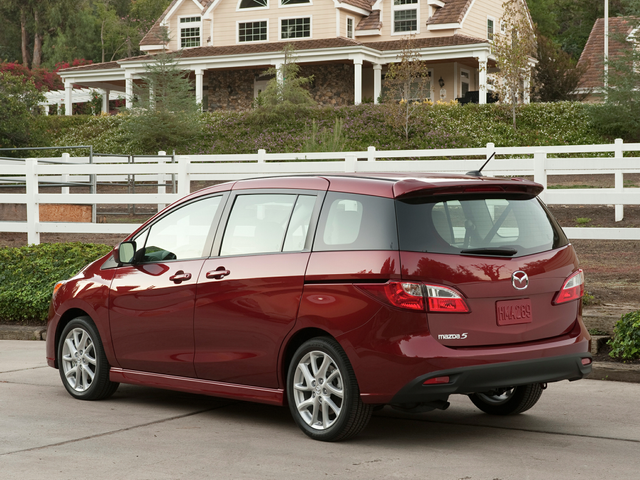 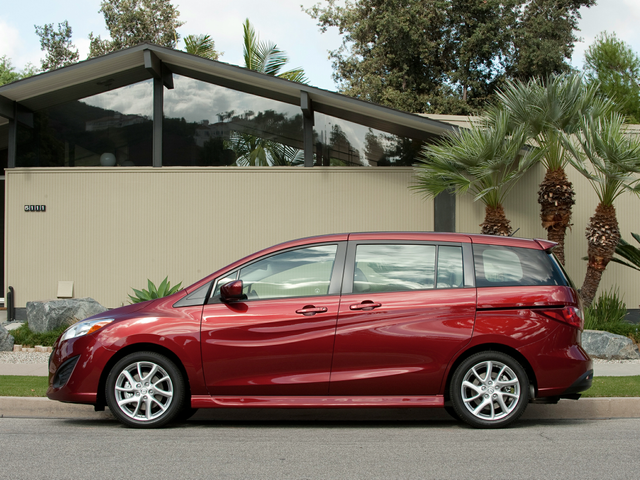 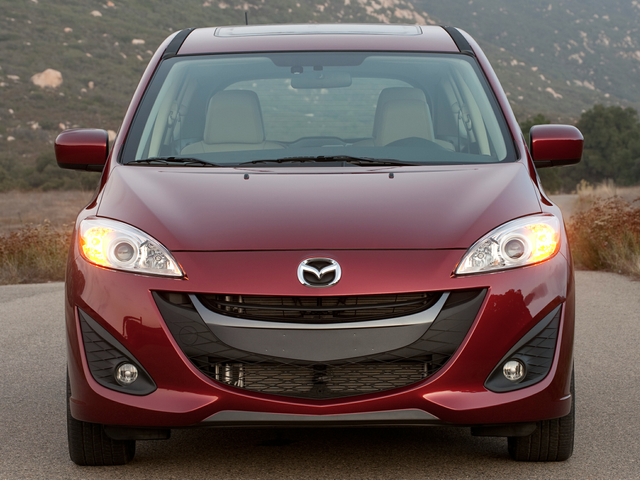 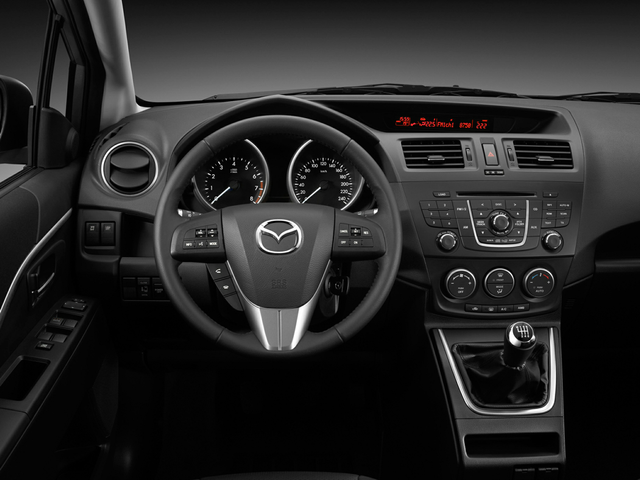 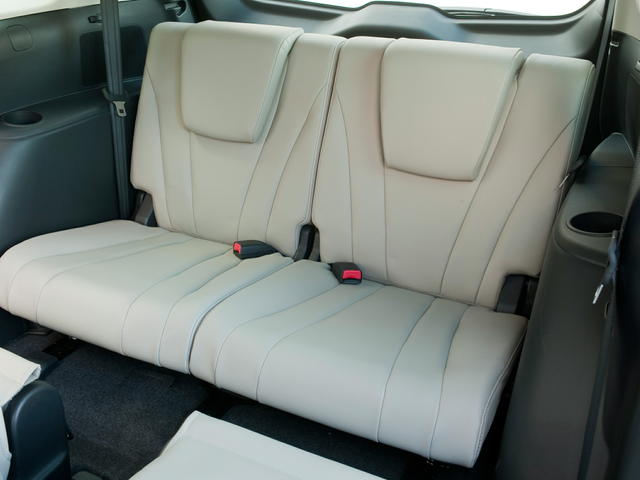