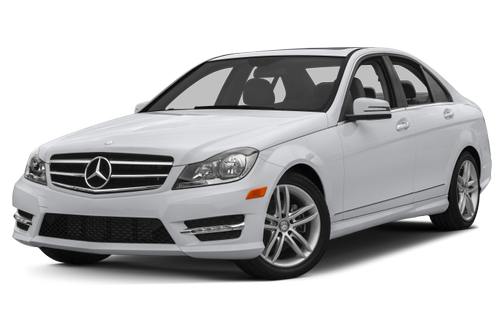 Our 2013 Mercedes-Benz C-Class trim comparison will help you decide.

Despite some dental work last year, the 2013 Mercedes-Benz C-Class is getting long in the tooth, with performance and space concerns that will need a full redesign to address.

Mercedes’ rear-drive sport sedan has a slew of competitors, including the BMW 3 Series, Audi A4 and Cadillac ATS. (Compare the group here.) Following a range of 2012 updates that included the addition of a four-seat C-Class coupe, the C-Class gets a more powerful V-6 in the midlevel Mercedes-Benz C-Class C 300 sedan for 2013. Compare the 2013 and 2012 C-Class here.

The coupe and sedan both offer rear- or all-wheel drive, and variations range from the turbo four-cylinder C250 to the V-8 C63 AMG. We put a rear-drive C250 sedan through its paces on public roads and a racetrack. (See the window sticker here). We also drove a rear-drive C350.

Snug Interior
Sport sedans usually have snug interiors, but the C-Class sedan feels downright miniscule. I needed the driver’s seat all the way back for my 5-foot-11 frame; the center console encroaches on legroom, and headroom runs out if you elevate the seat. In back, adults’ legs touch the front seatbacks, and the low seat cushions elevate passengers’ knees in an uncomfortable way.

Competitors offer more room up front and better confines in back, and the numbers show it. Passenger volume in the C-Class sedan totals a cramped 88.2 cubic feet. Every major competitor exceeds 90 cubic feet, and the Acura TL and 3 Series top 96 cubic feet. The increase may sound modest, but taller drivers — and their backseat passengers — will appreciate it.

A dashboard redesign for 2012 scuttled some of the C-Class’ dowdiest pieces, but the overall tone is still solemn — even in our test car, whose Dynamic Sport Package added red seat belts and accent stitching on the imitation leather seats. Real leather is optional, but Mercedes’ MB-Tex faux cowhide has a taut, believable quality. Still, the fact that you have to pay extra for real leather in higher trims — even the $60,000-plus C63 — is absurd.

Cabin materials are competitive overall, but other details are hit and miss. The gated gearshift still snakes from Park to Drive with satisfying heft, but the chintzy door locks feel cheap. So do the flimsy climate dials and crude sun visors.

Driving Disappointments
Characteristic of Mercedes-Benz, the C250’s accelerator has plodding, gradual progression. The C250’s modest output — 201 horsepower from a small turbocharged 1.8-liter four-cylinder — makes matters worse. Takeoffs around town are sluggish even in the automatic transmission’s Sport mode. Hammer the gas and the C250’s 229 pounds-feet of torque lend some midrange oomph, but the drivetrain runs out of steam as the tachometer needle swings to the right. Indeed, our C250 needed 8.2 seconds to hit 60 mph — slowest among the five competitors we tested in a recent Sport Sedan Challenge. An A4, TL and ATS hit the mark in less than 8 seconds; a 328i and Volvo S60 needed less than 7 seconds. (The cars, all automatics, were timed with two adults onboard.)

Step up to the C300 for a 248-hp V-6. For 2013, it added 20 hp and 30 pounds-feet of torque. Saddled with standard 4Matic all-wheel drive, however, the car weighs some 300 pounds more than the C250. Mercedes-Benz quotes similar acceleration times as the C250, but given our own results, I’m skeptical of any additional acceleration.

The C350’s 302-hp V-6 revs smoothly, with punchy thrust at the high end. Still, it lacks the immediate torque of a BMW 335i or Lexus IS 350, and even its high-rev thrust falls short of Audi’s screaming S4. In regular (Economy) or Sport mode, the transmission resists downshifting until too late. The car feels quick if you manhandle the gas pedal, but it’s a constant game of wake-me-up.

With a standard seven-speed automatic, EPA fuel economy ranges from 22/31/25 mpg city/highway/combined in the C250 to 20/29/23 in either the all-wheel-drive C300 or the rear-wheel-drive C350. The Mercedes-Benz C-Class C 250 falls a bit short of the four-cylinder 3 Series and A4, but the C350 compares more favorably to the six-cylinder competition. Mercedes requires premium gas, however; some competitors merely recommend it.

We haven’t tested the C63 AMG since Mercedes-Benz updated it for 2012. Its V-8 kicks out 451 hp, and an optional performance package raises that to 481 hp.

I can only hope the C63 AMG improves on the standard C-Class’ brakes, which are miserable. In both C-Class sedans we tested, the brake pedal felt spongy and tentative before clamping down. The C250 finished midpack in our 60-mph-to-zero braking tests, but editors agreed pedal feel was as vague as a modern-art exhibit.

The car’s lackluster handling diminishes things, too. Most C-Class sedans have Luxury or Sport layouts, the latter with a sport-tuned suspension. It does little to contain the C-Class’ body roll, however; our C350 Sport pitched into corners, with vague, disconnected steering that threw too much guesswork into each corner.

Outfitted with the Dynamic Sport Package, which includes what Mercedes-Benz calls an Advanced Agility Suspension, the C250 fared better, but it’s still no champ. Steering and cornering improve a great deal, but the standard electronic stability system cuts power early and often to control pervasive understeer as the nose pushes wide. Turn the electronics off and you can nudge the tail out more easily, but the C-Class never feels as drift-happy as the ATS or 3 Series.

The payoff comes in ride comfort, which scores in both ride and noise isolation. Even with the sport-tuned suspension — or our C250’s advanced adaptive setup — the C-Class is a comfort-oriented car.

Safety, Reliability & Features
The C-Class sedan is a Top Safety Pick for the Insurance Institute for Highway Safety, having earned top marks in front, side and rear impacts, as well as roof-strength tests. The car fared poorly in IIHS’ new small-overlap frontal test, however (read about it here) — a test the TL and S60 aced. The C-Class coupe has not been crash-tested.

Standard safety features on the C-Class include nine airbags plus the required antilock brakes and electronic stability system. Optional side-impact torso airbags for the backseat bring the total airbag count to 11. Click here for a full list of safety features. Forward collision alert with automatic braking is optional, as are drowsy-driving detection, lane-keeping and departure warning and mitigation systems, night vision and adaptive headlights.

Overall reliability has been above average, but that isn’t much of a differentiator; the TL, 3 Series and A4 have similar or better marks.

The C250 sedan starts just over $36,000; the coupe begins close to $39,000. Standard features include 17-inch alloy-wheels, a moonroof, Mercedes’ MB-Tex imitation leather, power front seats, HD radio, USB/iPod compatibility, Bluetooth phone and audio streaming, steering-wheel audio controls and a 5.8-inch dash display. As usual, Mercedes is stingy with standard features. Some competitors include a folding backseat, leather upholstery, heated seats and keyless access with push-button start as standard equipment; Mercedes-Benz charges extra for all four. Other options on the C-Class include xenon headlights, a 7-inch navigation system, a backup camera, a power tilt/telescoping steering column, a panoramic moonroof and a Harman Kardon surround-sound stereo. Check all the boxes and the C350 approaches $60,000. The C63 AMG, meanwhile, can go well into the six-figure range.

C-Class in the Market
Despite its age and relative price, the C-Class remains popular. Sales through the first two months of 2012 outpaced all competitors, including the vaunted 3 Series — the best-selling luxury car in eight of the past 10 years. What gives? I suspect two things: One, the C-Class has two body styles and a broad range of engines, which gives shoppers a wider lineup than is available with many C-Class competitors. Two, the car has topped its class in residual values for two years running. That drives down monthly rates for leases, which play a huge roll in luxury-car sales.

Those reasons — or others — may play into your consideration of this baby Benz. Just take a close look at competing sport sedans, too; you may find a lot to like elsewhere.

Rather have a Impala

May 25, 2021
By Charleston from Arkansas
Owns this car

Okjust a version of a cheap car. Had to have it in shop twice and now fuel pump bad. 65 thousand miles. Cause it sits in garage most of ti]]

This car does everything I want it to do. Reliable, great lines, runs like brand new, luv the AWD and V6. Creature comforts abound. My 1st Mercedes. I love this car.

Rating breakdown (out of 5):
9 people out of 10 found this review helpful. Did you?
Show full review
4.4

This model is a good choice because it has blind spot and lane warnings. It is not as luxurious, quiet or fast as my M-B 280 which was totalled or I would still be driving it. I appreciate the safety features on this C-250 and recommend this model for those reasons.

Rating breakdown (out of 5):
10 people out of 14 found this review helpful. Did you?
Show full review
See all 129 consumer reviews 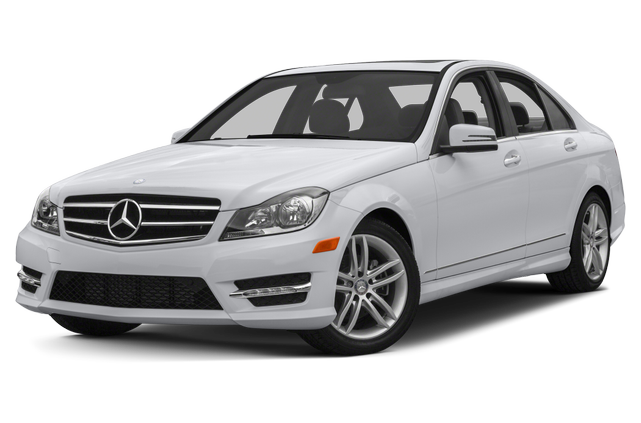 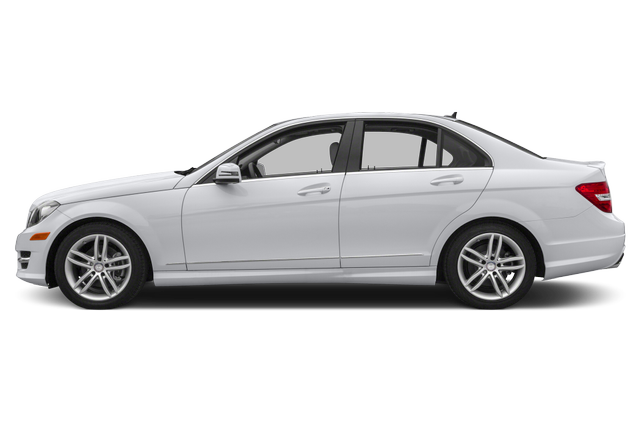 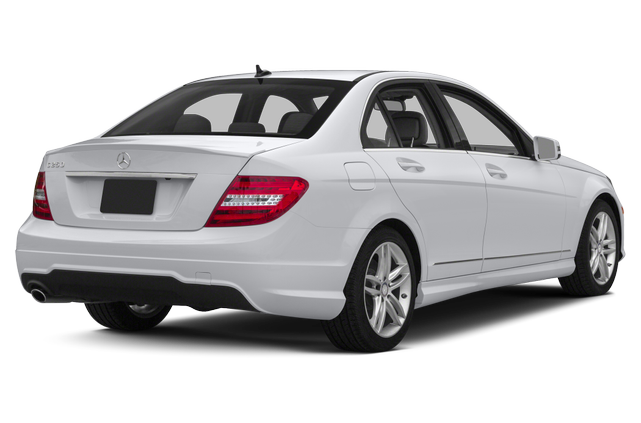 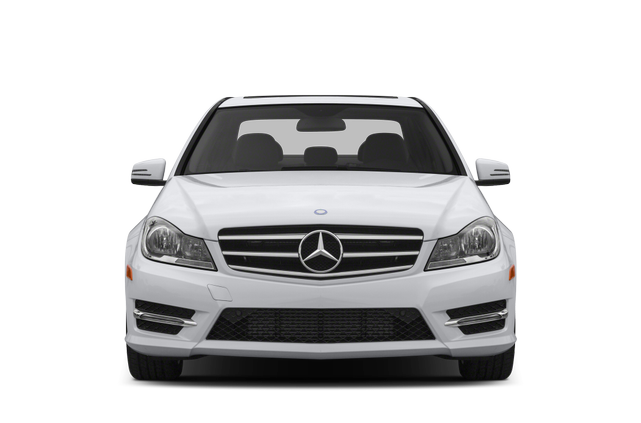 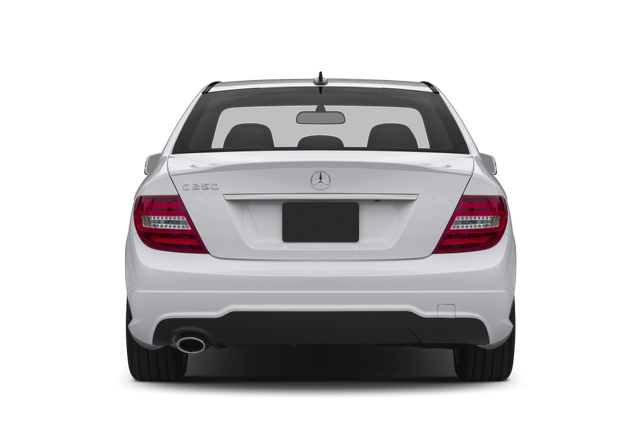 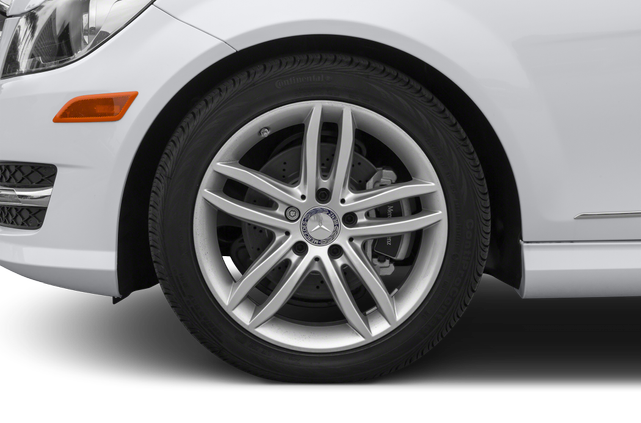 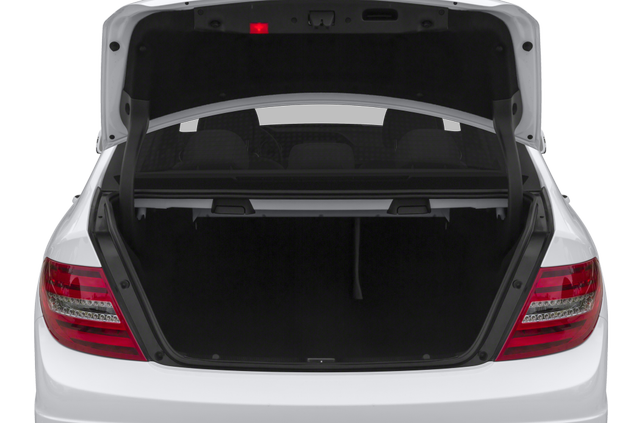 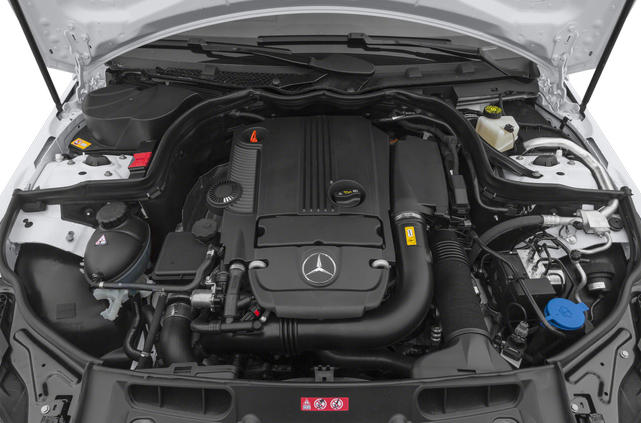 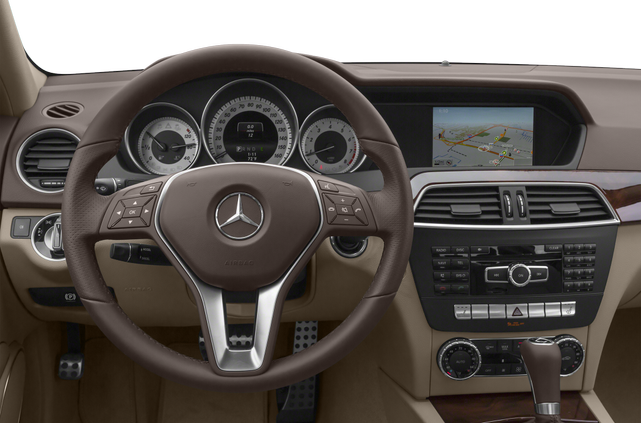 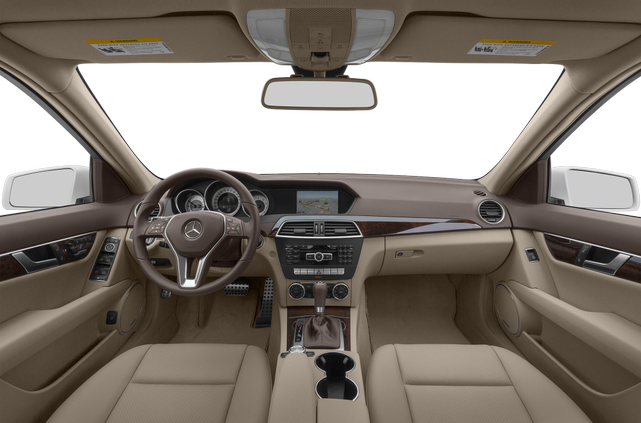 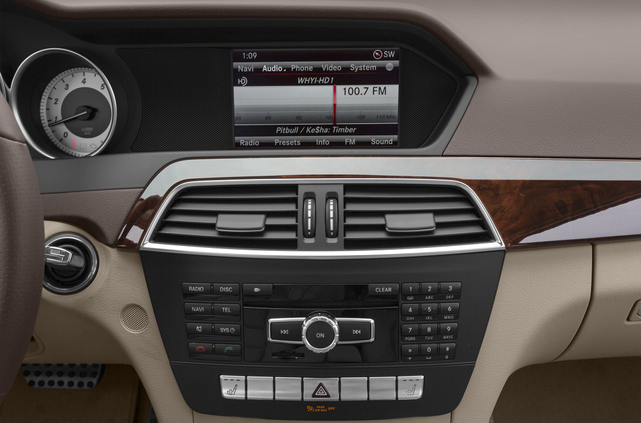 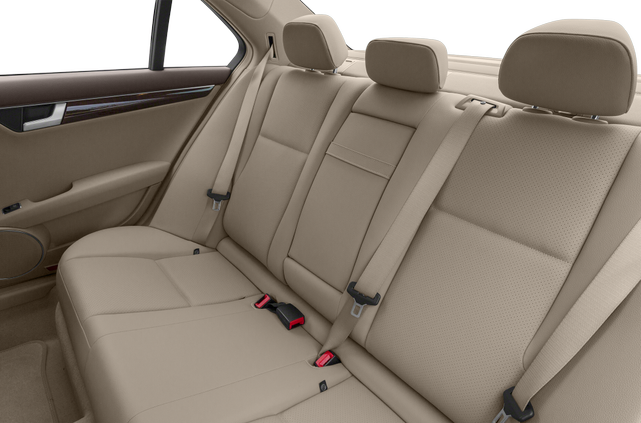 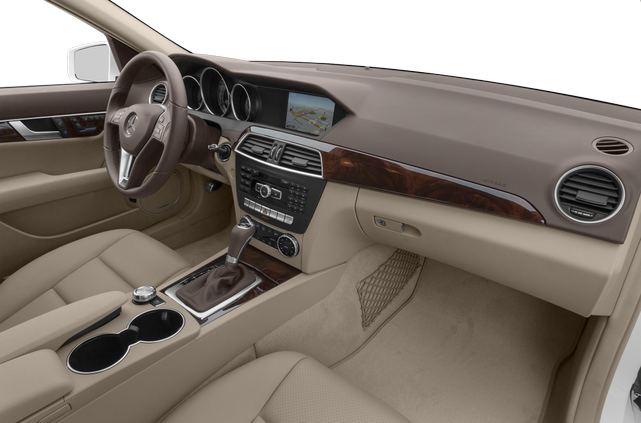 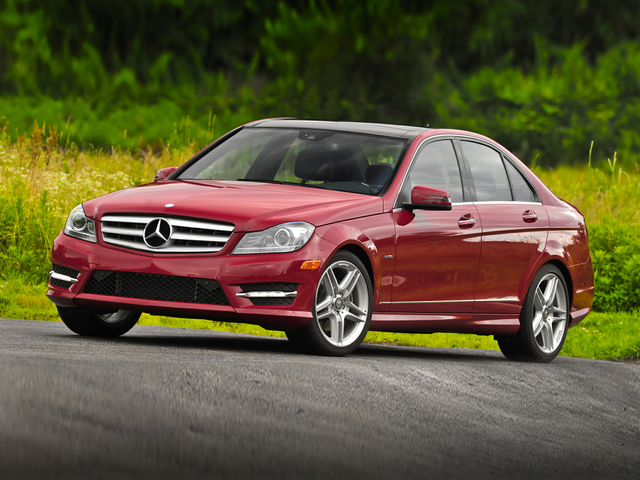 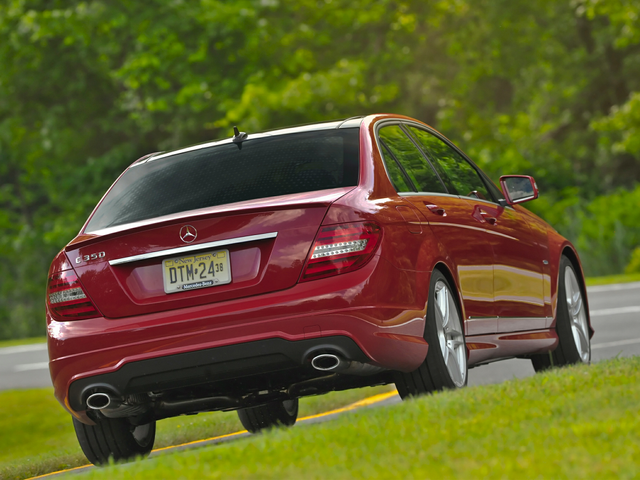 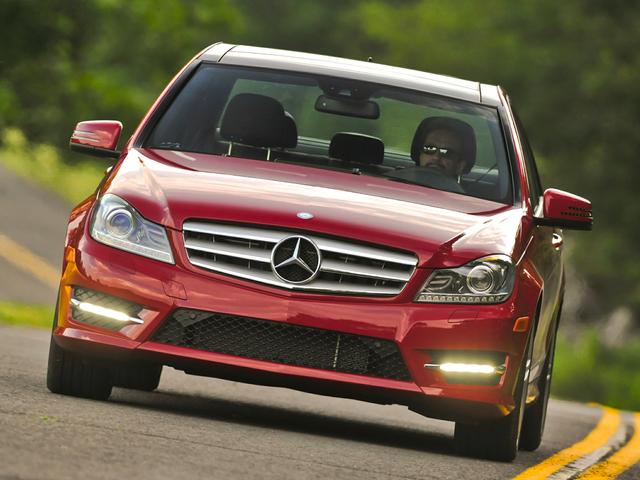 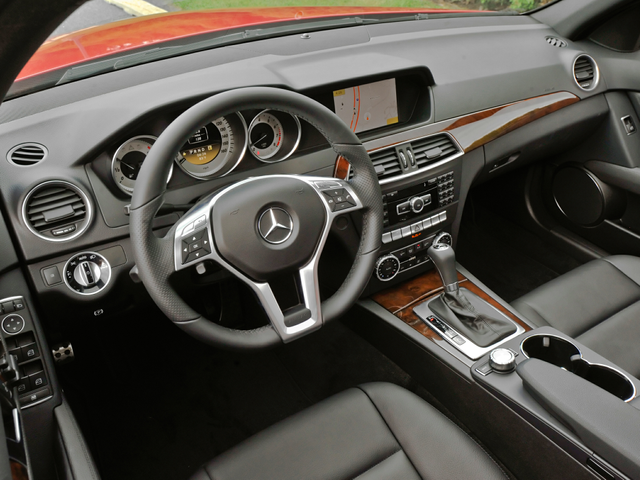 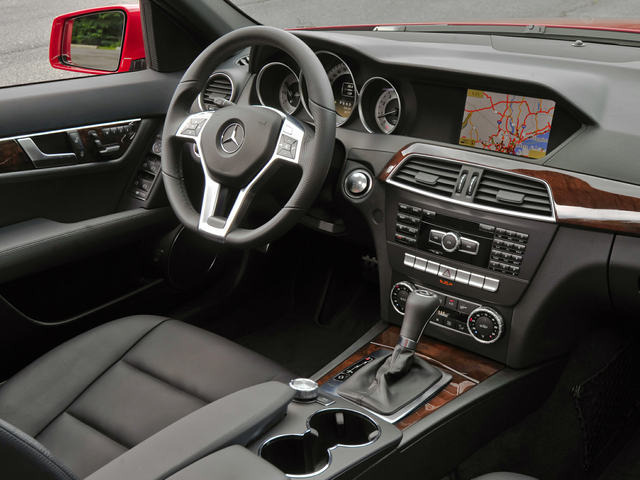