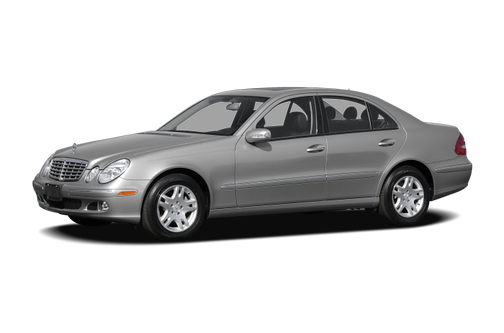 Our 2006 Mercedes-Benz E-Class trim comparison will help you decide.

The E320 has a distinctly German personality. The ride is firm, the handling is tight, and the brakes are powerful. But it’s the diesel engine that makes it feel most like a European Mercedes.

The diesel E-Class is an excellent example of why diesels are so popular in Europe. The engine has a fuel mileage rating of 23 city and 37 highway. With 369 pound-feet of torque, it scoots to 60 miles per hour in 6.6 seconds.

In years past, diesel engines were often criticized for being loud, sooty and crude. Those days are long gone, and today’s diesels are clean, relatively quiet and about 20 to 30 percent more efficient than a gasoline engine. They also emit less carbon monoxide and carbon dioxide than a gasoline engine, although the levels of nitrogen oxides and unburned

hydrocarbons are higher. Oxidation catalysts in the exhaust system and exhaust gas recirculation bring these figures back in line.

A diesel engine is the powertrain of choice in Europe. European diesel fuel is lower in sulfur than the fuel sold here, but that is changing. The Environmental Protection Agency has mandated that low-sulfur diesel fuel be available through retailers by Oct. 15. With higher-quality fuel, more companies, especially European ones, will import diesel engines.

In 1893 in Augsburg, Germany, Rudolf Diesel invented the engine that now bears his name. It was a single cylinder powered by peanut oil, and his engine won a grand prize in 1900 at the World’s Fair in Paris. In 1912, Diesel said “the use of vegetable oils for engine fuels may seem insignificant today, but such oils may become, in the course of time, as important as petroleum and the coal tar products of the present time.” Now, nearly 100 years later, those words reveal Diesel’s visionary thinking.

Last weekend, Audi won the 12 Hours of Sebring with a V-12 diesel-powered sports racer, a car that will compete in the 24 Hours of LeMans in France in June.

The 3.2-liter, inline six-cylinder engine in the E320 has four valves per cylinder, dual overhead camshafts and a common-rail direct injection system. Direct injection sprays fuel into each cylinder instead of into an intake manifold.

Mercedes also uses a variable nozzle on the turbocharger and a water-cooled intercooler.

Mercedes discovered that injecting a small quantity of fuel twice in advance of the main injection smooths the combustion process and reduces noise. The CDI is only slightly louder than a gasoline engine.

The beauty of a diesel engine is its ability to generate higher torque than a gasoline engine. Torque is the force responsible for turning the wheels and moving the vehicle, so a vehicle with high torque accelerates quickly. The E320 steps away from a stop with considerable authority.

The five-speed automatic transmission adapts to the driver’s style. It also holds gears longer while climbing or descending hills. It can also be shifted manually.

The test car’s cabin was warm and inviting, due in large measure to the woodgrain trim that was sprinkled across the dash, console and door panels. The seats are firm, and those in front, particularly, provide good support. Rear-seat legroom is adequate but not overly generous.

The base price of the test car was $51,050. Options included metallic paint, leather seats, heated front seats and bi-xenon headlights. The sticker price was $55,715.

Point: The diesel engine gives the E320 strong acceleration and good fuel economy. The engine is quiet and clean, with no soot from the exhaust.

Counterpoint: Diesel fuel is not available at every station, so you have to refuel well before your gauge gets to empty.

This car drives heavy, the body is thick with good paint, looks good, steering feel is good and handles well, easy to park. However, the quality is inconsistent. The transmission shifts down can be felt, the brake feel is bland and feels fake. There is a lot of plastic used in the car and under the hood where its hot & that's where the problems start. My 10 year old car's plastic pieces cracked, plastic hoses got brittle and chipped, every connector that were touched easily broke. There are few things about Mercedes everyone should know; they deliberately make it very difficult for owners to maintain it; e.g. various types & sizes of bolts for simple things like opening up filter housing (very unnecessary). Also, MB makes it difficult to identify parts, i.e. there were 4 types of rotors for just the base trim for 2006 - no indication which ones are the correct ones. The locks pop-up like it was designed in 1980 and started malfunctioning. Occasionally, there was gas smell inside the vehicle. The AC performance was mediocre, AC smell was not healthy. My opinion is that MB E350 will require upkeeps and its better than other MB cars.

Rating breakdown (out of 5):
8 people out of 10 found this review helpful. Did you?
Show full review
5.0

Most luxurious car iv ever owned

Rating breakdown (out of 5):
0 people out of 0 found this review helpful. Did you?
Show full review
See all 79 consumer reviews 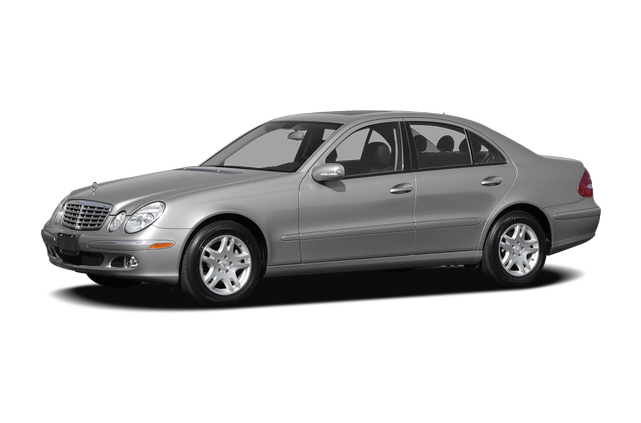