Our 1996 Porsche 911 trim comparison will help you decide.

There are but a handful of automobile manufacturers worldwide whose names are associated with truly supercar performance capabilities.

One is Porsche, the manufacturer of the 1996 Porsche 911 Turbo, a coupe whose engineering design put it on a rarified plain of automotive excellence.

Key elements include an exterior styling which has been updated without losing the 911 styling theme, a redesigned rear suspension, the fifth level of ABS braking, a stronger body shell, and enhanced driver/passenger levels of comfort and ergonomics.

Added to this package are the four-wheel drive system from the Porsche 911 Carrera 4, bodywork that features the fixed Turbo-wing rear spoiler, and extensive luxury equipment.

The 911 Turbo is the epitome of the adage “Speed costs money, how fast do you want to go?”

For those who can afford it, this machine can give you a real ride, like on the order of 180 miles per hour and 0-60 in 4.4 seconds. Porsche says this performance data is supplied for information purposes only. The company recommends owners obey all traffic laws.

“Generally, prices run from about $110,000 to $115,000,” said Chad Spidle, new car manager for Tom Wood Porsche. “Buyer demographics are professional people whose ages run from the late 40s to early 60s. Right now, I have more customers than cars.”

For that type of expenditure, you get the most powerful production Porsche ever offered for sale in the United States.

The results from 3.6 liters of displacement (220 cubic inches) and twin turbochargers with dual intercoolers is 400-horsepower and 400 foot-pounds of torque.

This kind of power is guaranteed to get your attention, particularly when flat-footing through Porsche’s six-speed gearbox.

The six-speeder is the only way the 911 Turbo comes. Porsche makes a very excellent four-speed Tiptronic automatic transmission which can be manually shifted or run as fully automatic. The torque developed from turbocharging is a little beyond the safety capacities of the automatic.

Porsche has designed a manual gearbox that is strong enough to withstand the power of the Turbo’s motor but is easier to drive in stop-and-go traffic than earlier models. Double-cone synchromesh on first and second gears reduce shifting effort by 40 percent, and a hydraulically assisted clutch needs some 25 percent less effort and has 15 percent less pedal travel.

If you want to take a lesson from the horse that pulls the wagon with all four feet, Porsche’s AWD (all -wheel drive) system is the right way to drive a motor car. Not only is it an advantage on slippery pavement, but all four wheels driving give the car the sense of balance through fast corners that assures drivers that everything is going the way they want it to go.

The 911 Turbo is no spartan, roaring, vibrating sports car. It is luxury personified.

The interior features Porsche’s traditional 2-plus-2 seating, but with 89.5 inches of wheelbase and 167.8 inches of overall length the rear seats mainly are for little people.

A five-gauge instrument panel dominates the dash board. Porsche designers had the good sense to include an oil pressure and oil temperature gauge to monitor the turbocharged engine.

Amazing all glass canopy roof in a sports car!

September 17, 2020
By sportcarobsession from Azusa, California
Owns this car

I have always wanted a 911 Targa. I've always been inspired by the airy glass canopy in a refined and reliable sports car like the 911. I have wanted one since it was introduced. The glass canopy allows the outdoors in and provides plenty of light when driving through Mt. passes and canyons. I have been wanting to drive the famed 993 911 as well. So this opportunity gave me the best of both worlds.

Tourist delivery in Oct. 1995. Best car I ever owned. Still looks and runs like new. Mark Williams has been my service since 1995, always does a great job.

August 18, 2018
By cm alexander from Pacific Grove
Owns this car

I've owned 7 different Porsches throughout the years. Each one of them has been OUTSTANDING! Fun to drive, reliable, great looking and they tend to hold their value. 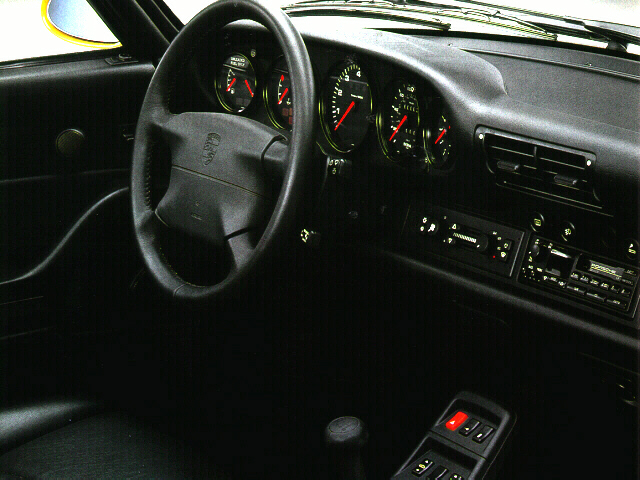