Our 2004 Porsche 911 trim comparison will help you decide.

Vehicle Overview
A 40th Anniversary Carrera coupe edition of Porsche’s long-lived 911 series is on sale for 2004. Only 1,963 will be built, and these versions will have an engine rated at 345 horsepower rather than the usual 320 hp. The 2004 Carrera 4S model is also available in Cabriolet (convertible) and coupe body styles. A Turbo Cabriolet has joined the lineup.

The Carrera 4S was “created in the image of the 911 Turbo,” said Porsche spokesman Robert Carlson. In fact, its basic body, suspension and all-wheel-drive system are shared with the Turbo.

Exterior
Nearly devoid of extraneous trim, the smooth-bodied 911 looks the part of a near-supercar. Even though the sleek, low, curvaceous shape has remained essentially the same since a redesign in 1999, the latest Carreras look more assertive. Each 911 has Turbo-like headlights and a wide rear-end panel above oval exhaust tailpipes.

Cabriolet models have a glass rear window and power-operated top. Carrera 4 convertibles include a removable hardtop. Targa coupes feature a sliding glass roof that’s twice the size of a customary sunroof. A sport suspension goes into the 40th Anniversary model.

Interior
Called four-passenger automobiles by Porsche, 911s have plenty of space for front-seat occupants but backseat riders are in for a squeeze — especially in the convertibles. The driver faces a large tachometer and a three-spoke steering wheel, and the ignition switch is on the left. A locking glove box is included. Sport seats in dark gray leather and a numbered plaque go into 40th Anniversary models.

Under the Hood
Dubbed a “boxer” engine because of its horizontally opposed cylinder layout, the base 3.6-liter six-cylinder is mounted at the rear and develops 320 hp. The 40th Anniversary engine is rated at 345 hp. Each engine teams with a six-speed manual, and some can be fitted with an optional five-speed-automatic transmission. The automatic gearbox is fitted with Tiptronic S, which allows manual gear selection using steering-wheel buttons.

Safety
All 911 models have side-impact airbags and all-disc antilock brakes. Supplemental safety bars pop out of the convertibles’ rear deck if sensors detect an impending rollover. Porsche Stability Management is standard or optional, depending on the model.

Driving Impressions
Piloting a Porsche 911 in any form is like savoring a legend. Recent models are comparatively easy to drive and quite civilized. They blend a reasonably smooth, extra-stable ride with vigorous performance and utmost handling talents. Even the familiar engine whine isn’t as omnipresent as it used to be, while the exhaust note is subdued yet exuberant. Porsche’s six-speed gearbox is as good as they get.

Wedded-to-the-road handling and directional stability are neatly enhanced by the Carrera 4’s all-wheel-drive system. Even though the highway ride is super, the 911’s suspension sometimes reacts harshly on rougher pavement. Acceleration is energetic in all six speeds, even without the Turbo. Snug seats fit many riders but may be disdained by some.

Related Model: 911 Turbo
For 2004, a Cabriolet joins the high-performance 911 Turbo lineup. The Turbo’s appearance is even bolder than the regular 911 and features a wider stance, especially at the rear. Three large intake grilles that send air to the Turbo’s three radiators dominate the lower front fascia. Air scoops integrated into the leading edges of the rear fenders channel air to intercoolers. A biplane, two-piece rear spoiler on the Turbo differs from that on other models and is supposed to enhance high-speed stability.

Twin turbochargers in the 911 Turbo help its 3.6-liter six-cylinder engine crank out 415 hp and 415 pounds-feet of torque. An optional power kit boosts output to 450 hp. A six-speed-manual transmission and all-wheel drive are standard. A five-speed automatic with Porsche’s Tiptronic S system, which permits manual gear changes, is also available. Back to top

Related Model: 911 GT2
During the 2002 model year, Porsche introduced the 911 GT2 — a new temptation to satisfy even the most power-frenzied sports-car enthusiasts. The 911 GT2 added a batch of racing-derived features to the 911 Turbo’s foundation and injected an extra 41 hp in the process. The rear-drive 911 GT2 also weighed about 220 pounds less than the Turbo, for a power-to-weight ratio of 6.8 pounds per horsepower.

This model’s 3.6-liter six-cylinder gains 21 hp for 2004; it is now rated at 477 hp. A modified six-speed-manual gearbox is the only available transmission. Suspension and brake tuning have been revised. Porsche Ceramic Composite Brakes, which are optional on the 911 Turbo, are standard on the 911 GT2. This year, the GT2 gains new four-channel ABS 5.7 equipment. Porsche claims the 911 GT2 can accelerate from zero to 62 mph in approximately 4 seconds and achieve a top track speed of 198 mph.

Even though the basic appearance of the 911 GT2 is similar to that of the 911 Turbo, several functional design changes are present. Front air intakes are larger, and distinctive air intakes sit ahead of the front hood. Back to top

Related Model: 911 GT3
Intended as a limited-production 2004 model, the 911 GT3 was “created for Porsche driving purists,” said Peter Schwarzenbauer, Porsche Cars North America president and chief executive officer. Even though the coupe is “dedicated to high-performance driving, [it] can be driven on a daily basis.” Many electronic controls have been eliminated in the 911 GT3. Only a few hundred will be produced each year.

Even though the basic shape of the 911 GT3 is similar to that of a conventional 911, a unique rear wing was designed to produce increased downforce in corners and enhance high-speed directional stability. The wheels are lighter and wider than usual and measure 18 inches in diameter. A redesigned front apron helps the 911 GT3 achieve a 0.30 coefficient of drag. A sport suspension is installed.

The GT3’s six-speed-manual gearbox incorporates transmission oil cooling and injection lubrication, as well as additional reinforcement. The front brakes use a six-piston design. A 3.6-liter flat-six engine produces 380 hp and 285 pounds-feet of torque — that’s sufficient to yield a 0-to-60-mph acceleration time of 4.3 seconds. Porsche says the 911 GT3’s top speed is 190 mph. Back to top

I’ve had my 2004 911 c4s for 3 years now and it’s perfect. No major issues or recalls, just have the ims bearing fixed and the car is solid. Drove the car in rain or shine and I didn’t notice any difference. That’s how well this car handles. Always proving the jdm crowd that theres Nothing better than Porsche’s German engineering.

September 27, 2020
By porschefan from New Mexico
Owns this car

This Porsche has been a joy to own and drive. I have an illness which is making it increasingly difficult to drive or I would not part with it.

This car is truly an engineering and design marvel. It looks, drives, accelerates, and handles like no other car in its class. The AWD option (911-4S) hugs the road and handles any & all weather conditions. This is your super sporty toy which is also your everyday car! 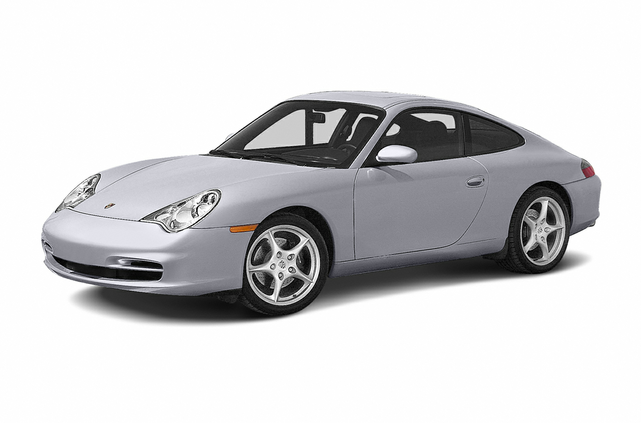 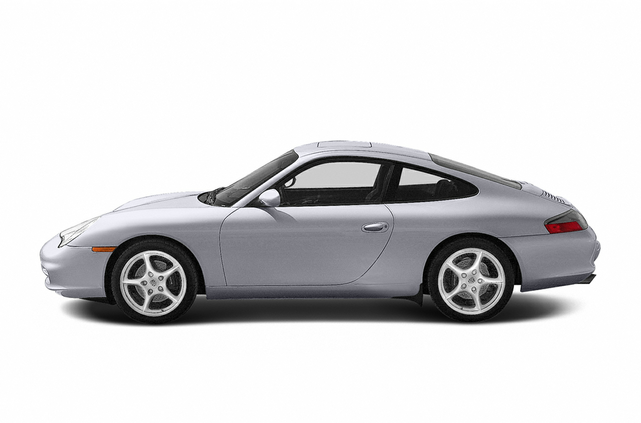 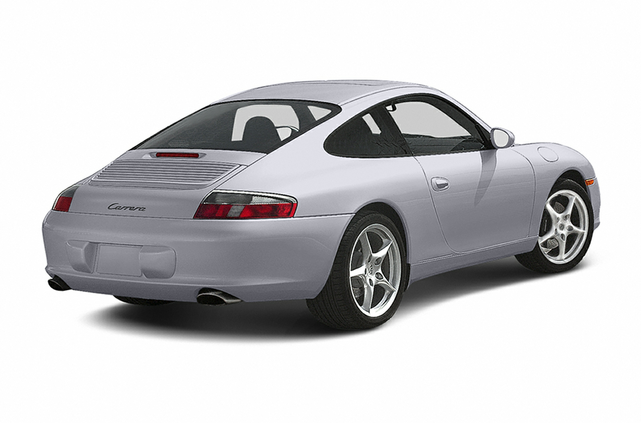 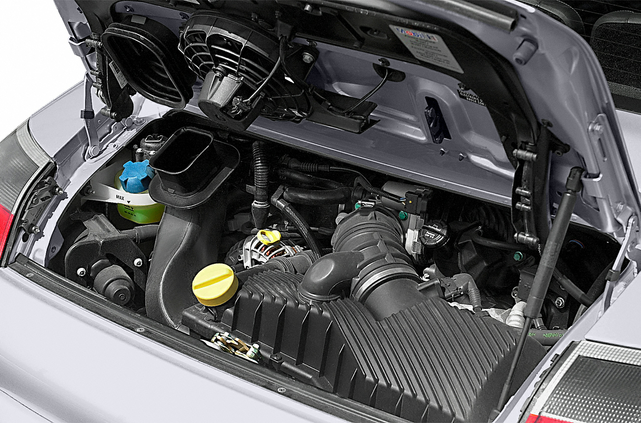 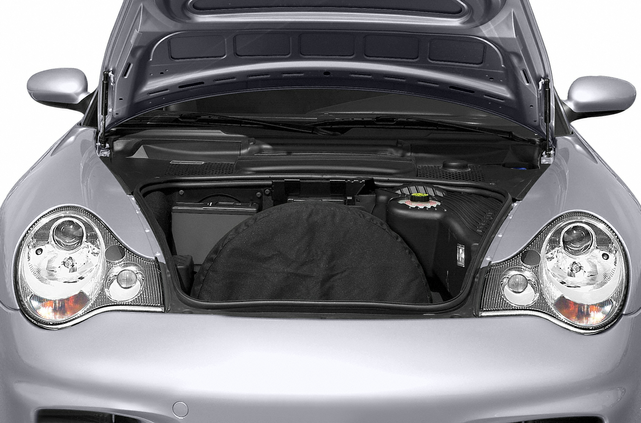 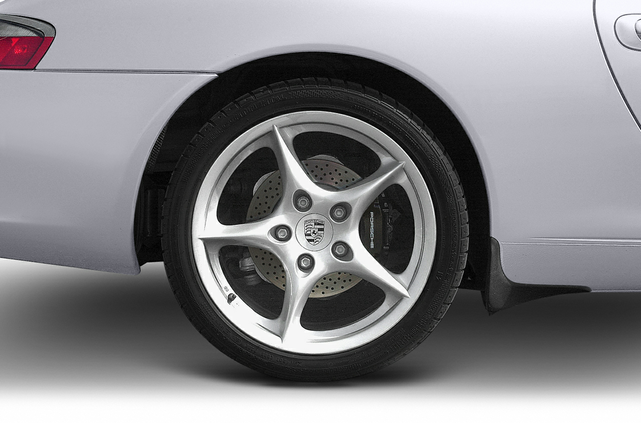 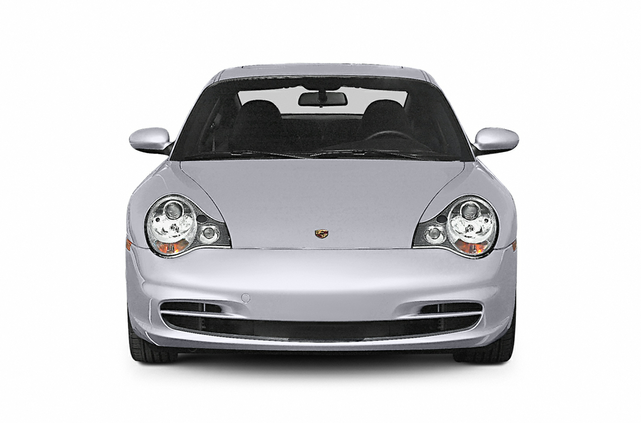 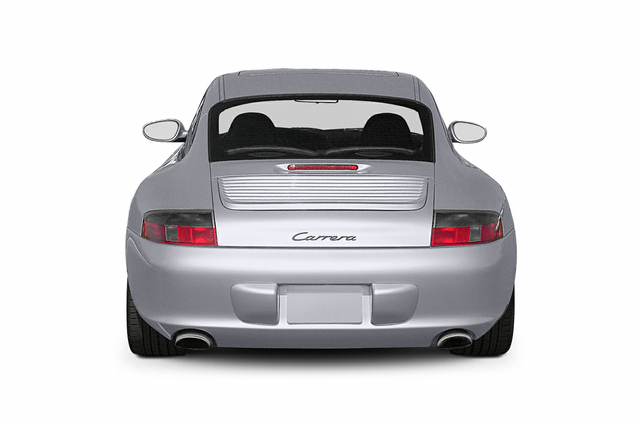 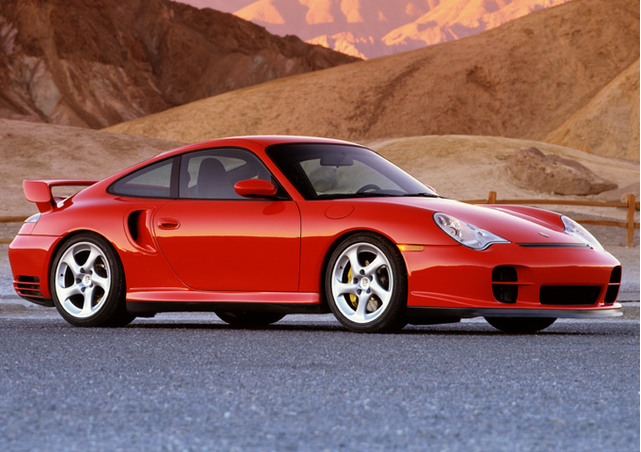 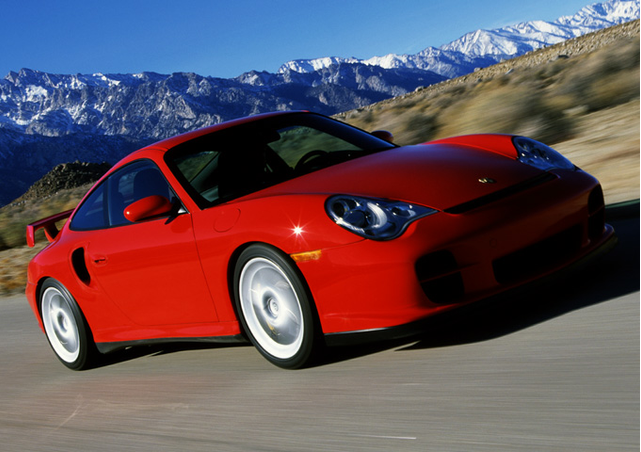 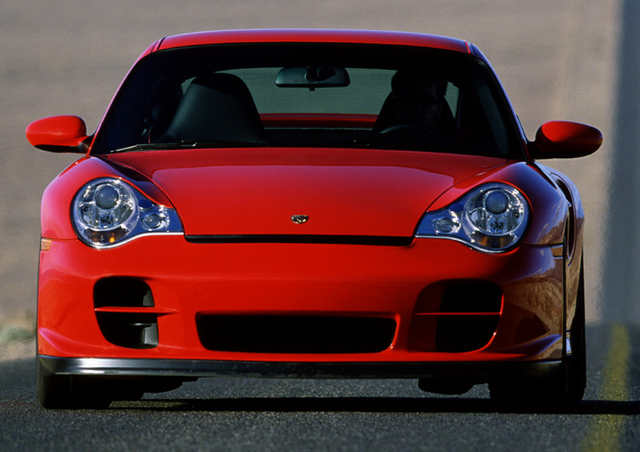 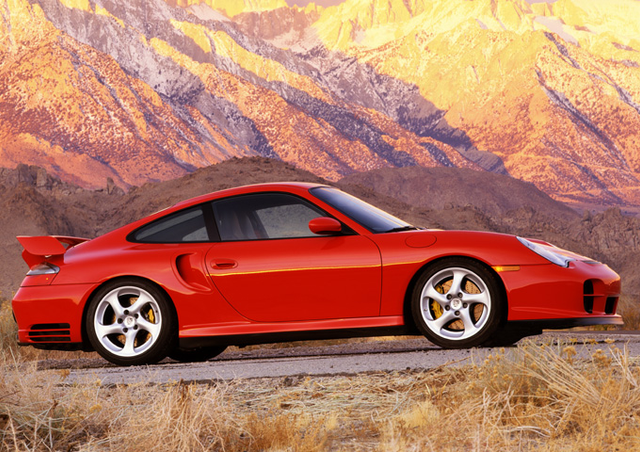 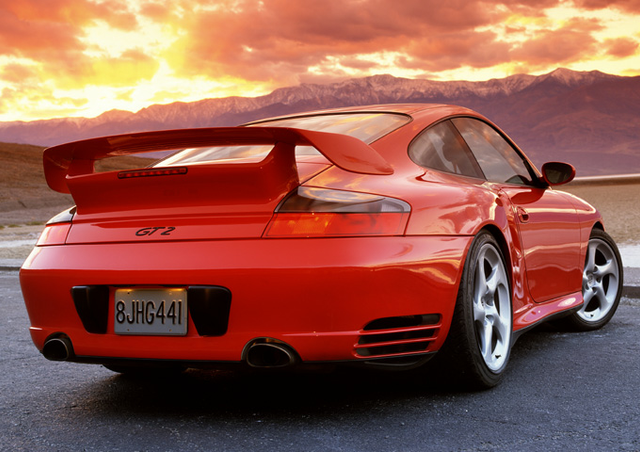 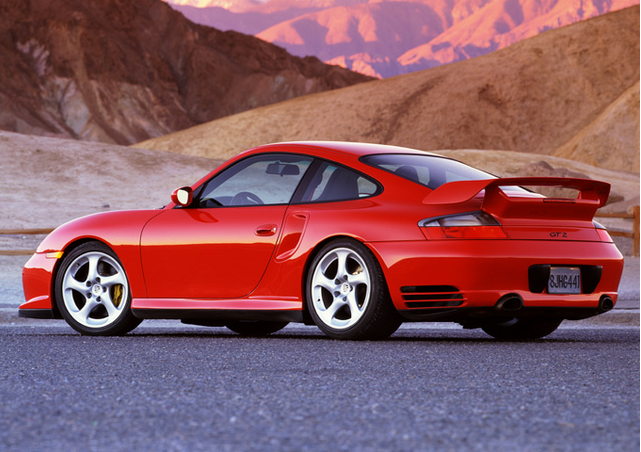 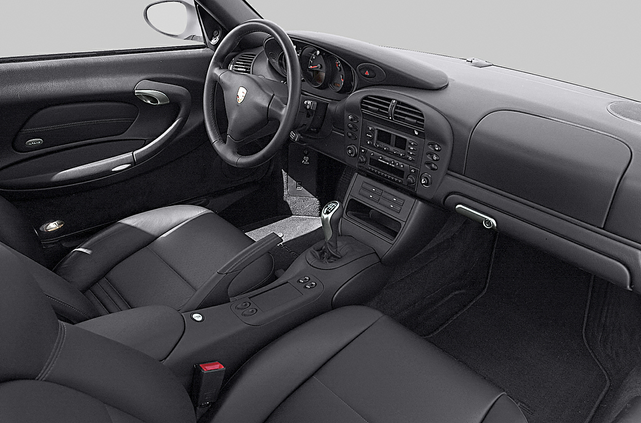 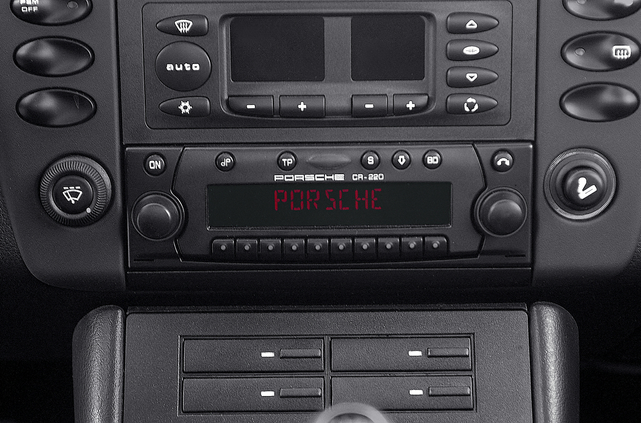 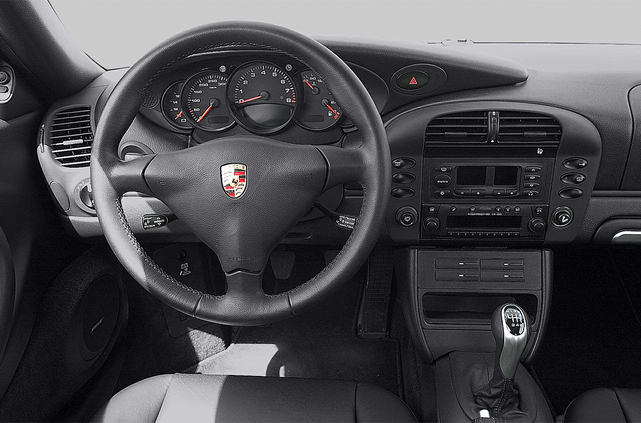 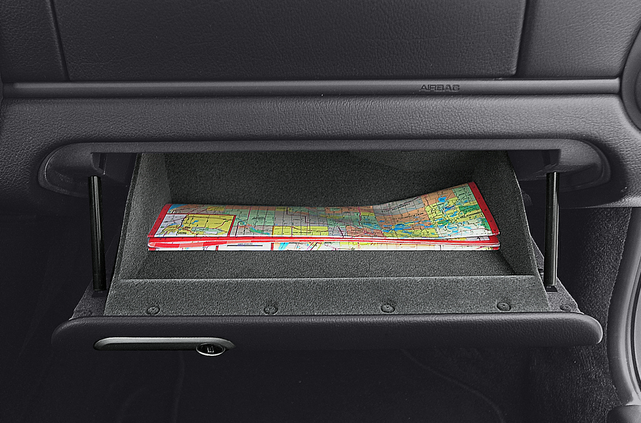 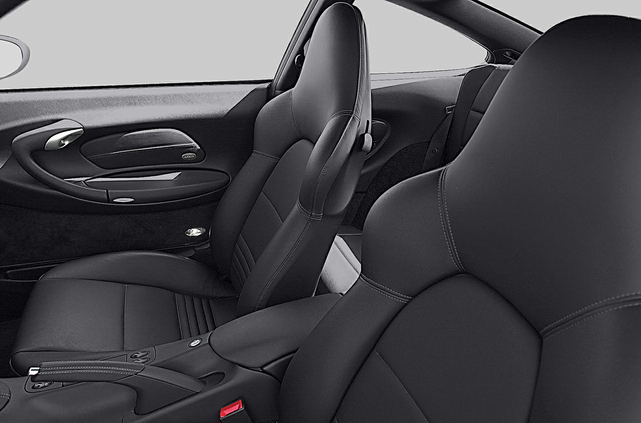 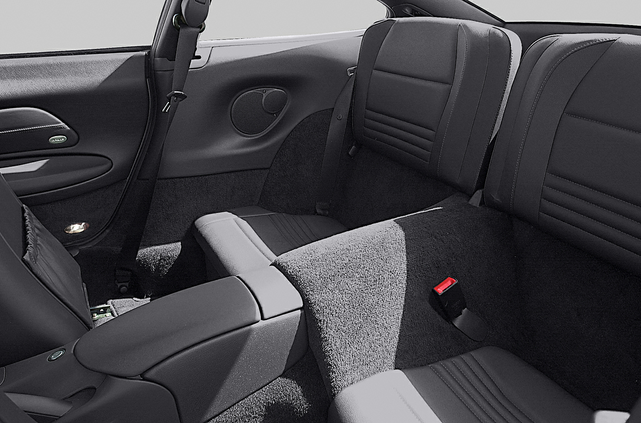 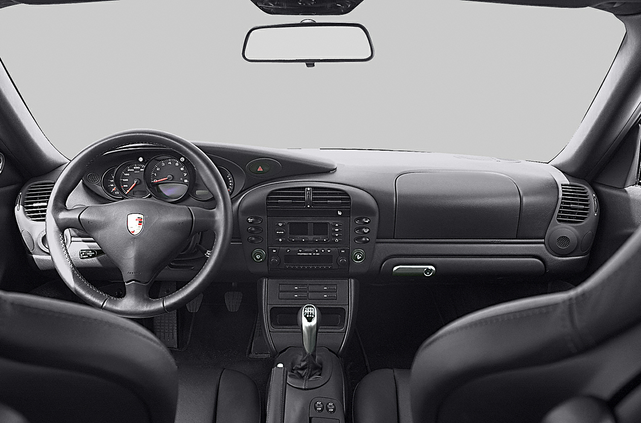 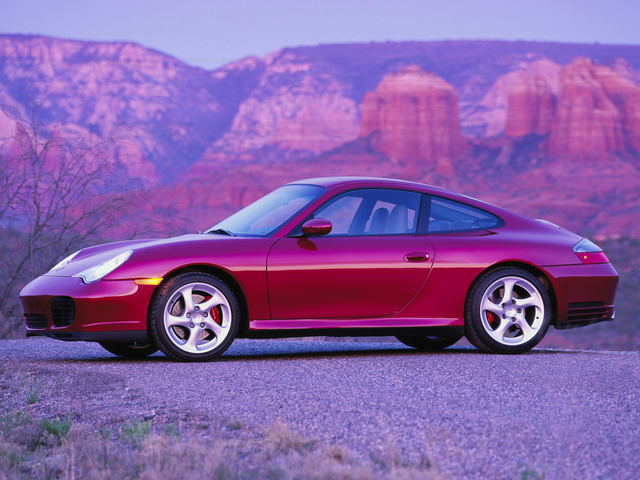