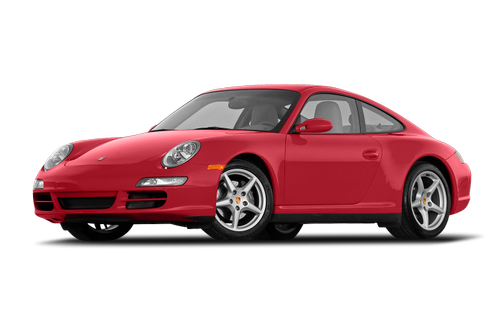 Our 2008 Porsche 911 trim comparison will help you decide.

You may recall from your psychology classes the name Harry Harlow, a controversial researcher known for his wire monkey-surrogate mother experiments. One group of baby rhesus monkeys was taken away from its mothers and given a maternal figure made of terry cloth; another group was given a figure made of just bare wire. These experiments demonstrated the famous Harry-Harlow-was-a-toolbag principle.

In Porsche’s laboratory, the relatively luxe 911 Turbo (what with its padded seats and all) is the terry-cloth monkey and the new GT2 — stripped utterly to its essentials, inhospitable, a harsh mockery of the comforts of the automobile — is the wire monkey. To love the GT2 is to embrace its malign indifference to your well-being. To cuddle one is to feel the cold bite of steel against your cheek. Mommy, why won’t you hold me?

Basically a Porsche Motorsport version of the 911 Turbo (or turbocharged version of the track-ready GT3 RS, if you like), the GT2 is the most hard-core 911 ever to wear a license plate and the first production 911 to exceed 200 mph. Because, obviously, the Turbo’s 480 hp is too, too paltry for real Porsche men, the boys in Weissach kicked up the output another 50 hp, with highly capacious intake manifolds and titanium exhaust plumbing on either side of the turbochargers. Lift the engine lid and all you see are the car’s enormous lungs ducted from air intakes integrated into the dual-foil spoiler, which looks like something Klingons would carry into battle.

The GT2’s steroid regime also includes lots of good old hot-rodding. The Turbo’s all-wheel-drive system is jettisoned in favor of a lighter and racier rear-wheel transaxle shared with the GT3 RS. Also shared with the GT3 are the phenomenal 15-inch carbon ceramic front disc brakes and fully adjustable suspension inspired by the paint-shaking machine at Home Depot. The GT2’s lightweighting program concludes with ditching the rear seats, tossing out all the sound-deadening material, stripping some interior panels to bare carbon fiber and supplanting the front seats with leather-lined carbon shells padded with . . . well, nothing. The resulting car (3,270 pounds) is 225 pounds lighter than the 911 Turbo and is about as cozy as an MRI machine.

And yet I find it hilarious that Porsche, having thus perverted the car’s power-to-weight ratio, chose to retain the two swing-arm cup holders. This begs the question: What the hell is in the cups?

My guess is money: The GT2 retails for a not-insubstantial $192,560. Yes, it offers performance at or above the best supercars in the world; yes, it comes with the finest pedigree in all of motorsports. But 200 grand for a 911? I will talk more about the price later when I address the fewer than 200 or so trustafarians in the U.S. who might be inclined to pony up for the GT2.

From the extraneous metaphor file: The GT2 is like lighting a cigarette on an erupting volcano. It’s like cutting a line out of a kilo of cocaine and then snorting the kilo.

This car is quite simply insane and, frankly, kind of scary, not because of any dynamic flaw but because of the way the stupendous forces in hand are delivered with such seeming effortlessness. To begin with, everything is ultra-hard: the seats, the suspension, the steering and brakes, the monocoque chassis that feels made entirely of Higgs bosons. All the slack, wobble and flex has been scourged from the car, leaving — as the only tactile source of elasticity — the throttle.

The gestalt of the car, then, is of something enormously powerful but also very locked down and secure, some giant in chains. Squeeze the gas and ramp up to redline in the first three gears (you’ll be well in excess of 100 mph when you do) and the car feels totally untroubled. It feels alert, yes, awake, certainly — and the deep chortle and hiss of the turbocharged engine is something out of Dante. But the GT2 gives off almost none of the clues that provide a frame of reference, no early warning system that you’re going too fast. I mean, it has a speedometer, but who ever looks at those?

Here I will defer with thanks and praise to the boffins at Motor Trend, whose instrumented testing of the GT2 (the same car I drove) recorded a 0-60 mph acceleration of 3.4 seconds and a quarter-mile time of 11.4 seconds. Both of those numbers put the GT2 in the ranks of Ferrari Enzos and Koenigsegg CCXs and Pagani Zondas and a few other cars you’ve never heard of. And yet the salient figure from Motor Trend’s tests is the trap speed: At the end of the quarter-mile, the GT2 can be traveling at 127.4 miles per hour. From there it’s a short and exhilarating escalator ride to over 200 mph.

Let me unpack those numbers for you. It means that when you jump on the GT2’s throttle — something you’ll be sorely tempted to do — it practically explodes in a furious, jaw-slacking, gut-churning hullabaloo of weapons-grade torque such that accelerating from 60 to 120 mph takes one gearshift and a few scant seconds. This, to state the obvious, is kind of fun. But it’s the sort of performance you dare not access on the street. Drivers a half-mile ahead can dutifully check their mirrors before changing lanes, and in the time it takes to signal and turn the wheel, the GT2 can materialize beside them like it’s dropping out of hyperspace.

Unfortunately, the 405 Freeway does not connect to the Autobahn. The trouble with the GT2 is that it feels so unfulfilled driven at regular speeds. Indeed, this is a problem with most supercars: The suspension and brakes, the steering and engine aren’t being at all taxed by the velocities and forces invoked by just muttering up the Angeles Crest Highway. But this sensation is particularly acute with the GT2, which is a thoroughbred race car. To get the GT2 to really harmonize, to come into itself dynamically, you have to go at it really hard, and that is simply too dangerous on the street. Not that the car is undriveable; on the contrary, it’s as complaisant and tractable as any other 911. The engine’s got loads of low-end torque; the controls aren’t really race-car heavy. It’s even got a decent nav and audio system. But the overwhelming sense of the car is one of deep, almost painful frustration.

This brings me to a truism, a Zen koan of automobility: It’s more fun to go fast in a slow car than slow in a fast car.

Whom is this car for? First, it’s for extremely well-heeled club-racing enthusiasts, who will weep with joy behind the wheel. Second, it’s for organizations like Motor Trend that have independently verified the car’s astonishing — though kind of irrelevant — 0-60 mph acceleration. The GT2 marks the first appearance of Porsche’s launch control system that goes by the hilarious euphemism of “Start-off Assist.” The way it works is this: Toggle through the menu on the instrument panel until the boost gauge is displayed. Put the car in first gear, rev to about 5,000 rpm (or 14 pounds of boost) and drop the clutch. The system automatically feathers the throttle to maximize grip and hole-shot acceleration. For a similar sensation, put a rodeo barrel on a train track, climb in and wait.

There’s a charming note in the owners manual that says, basically, use of Start-Off Assist will considerably shorten the life of certain driveline components. No duh.

In any event, the GT2’s 0-60 mph number is pure marketing, the glowing numerical nimbus of incomparable performance around this, Porsche’s halo car. Nobody who owns this car is going to be flogging it at Irwindale Speedway on test-and-tune night — like I did (sorry, Porsche).

It ain’t me, babe. I continue to love the 911 Turbo, with its all-wheel drive and available automatic transmission, comfy seats, compliant suspension and proper upholstery. The Turbo churns up virtually all of the same Porsche-brand adrenaline while still being livable and lovable. So it only goes 0-60 mph in 3.6 seconds. So it only goes 190 mph. Call me a wuss.

The GT2 is too bad a monkey for me.

Owned a corvette, a viper, the 911 and the boxster. I’d say the boxster s was a bit more fun to drive, and like both porsches equally for different reasons. Test drove BMWs on multiple occasions, never liked any of them. Test drove a couple of ferraris, a bit too small and expensive. Same for the NSX. Bought it 2 years old and got a great price. The targa 4s that I currently have, has some nice 911 features, including the large retractable roof, and the pop up rear window, for easy access to the back seat.

Love the quality, craftsmanship, handling and speed. Oh, and did I mention it’s a convertible?! If you love sports cars, this is the one for you.

Great car but there is no "general owners manual" -just the communications and quick reference guides. Porsche's on-line manual is in Chinese??? Really? Hopefully I won't need the manual often but a nice to have.

Rating breakdown (out of 5):
2 people out of 4 found this review helpful. Did you?
Show full review
See all 41 consumer reviews 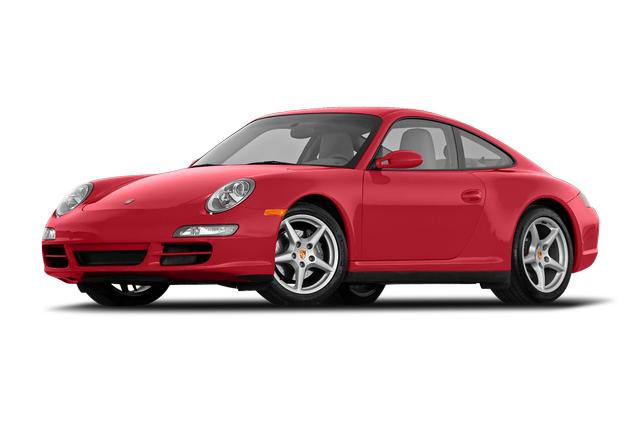 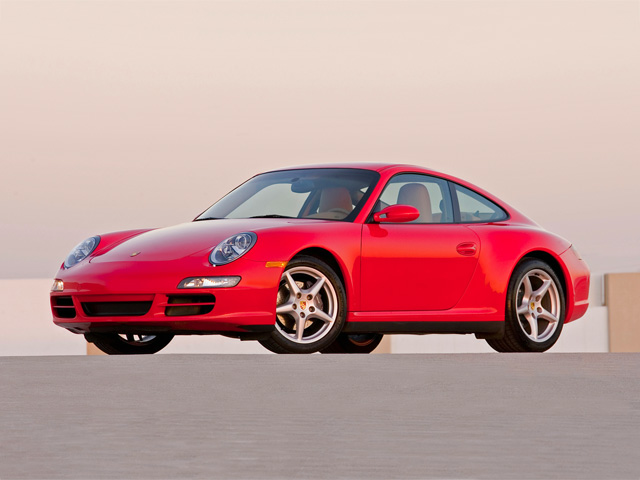 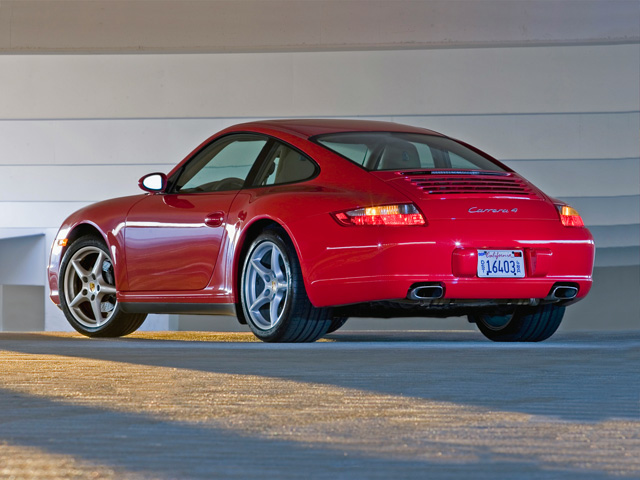 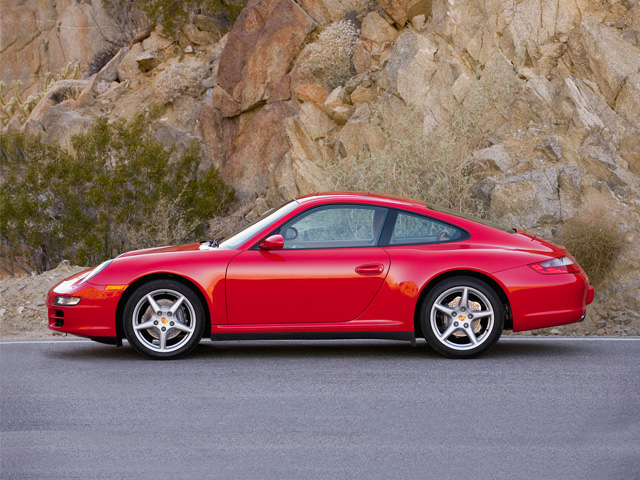 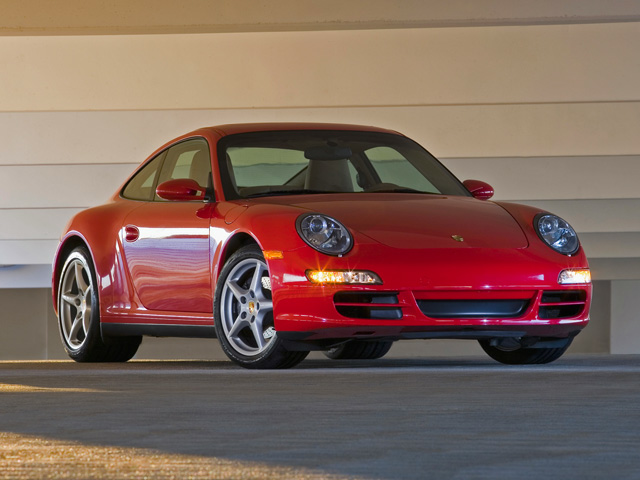 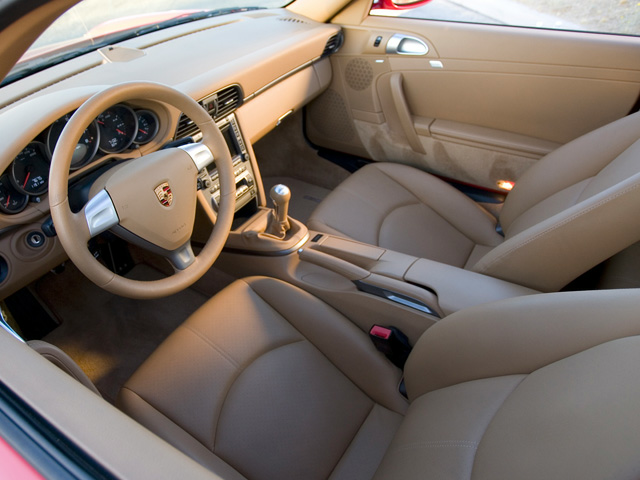 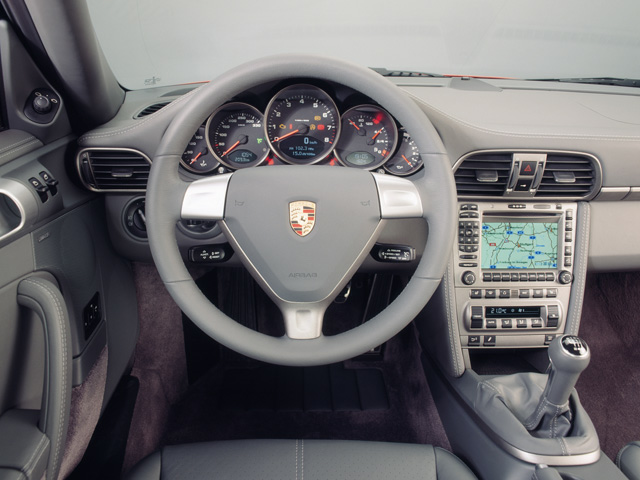 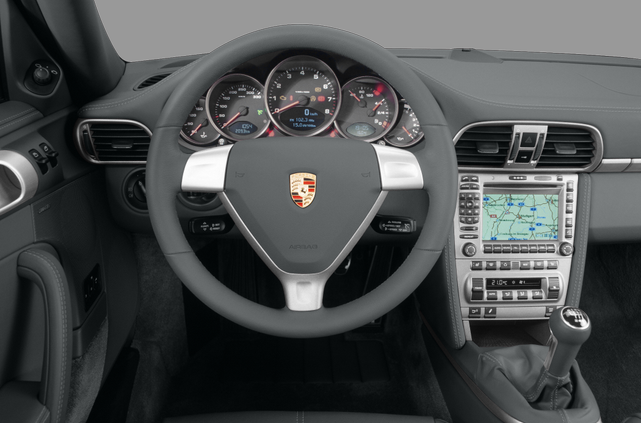 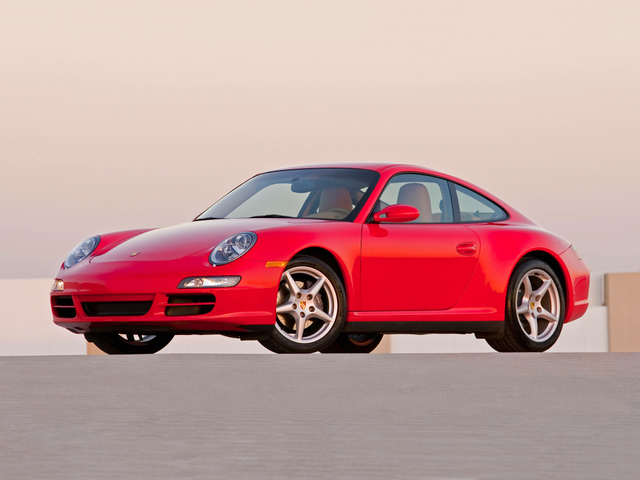 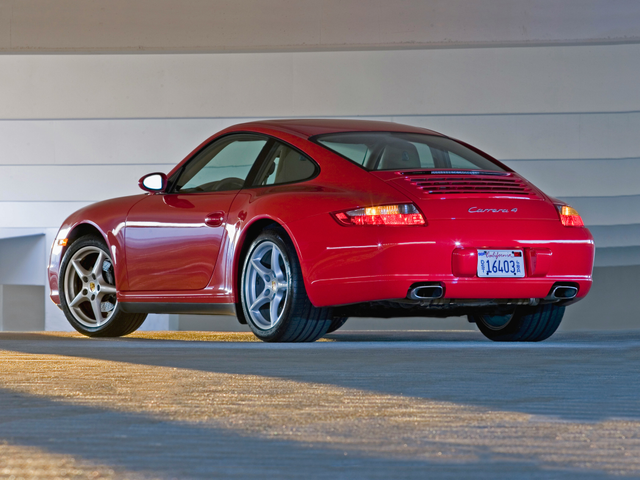 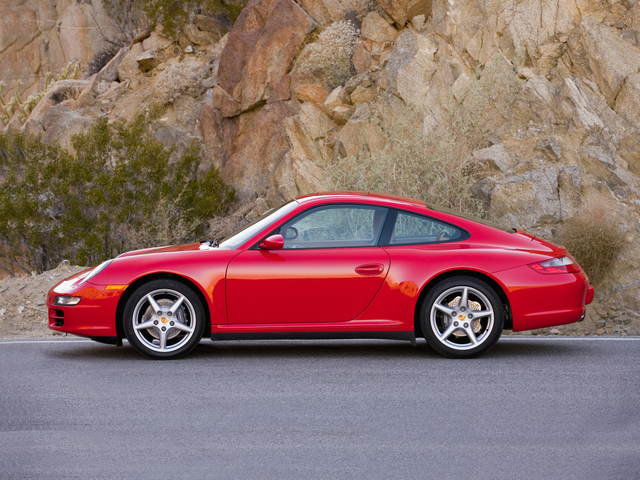 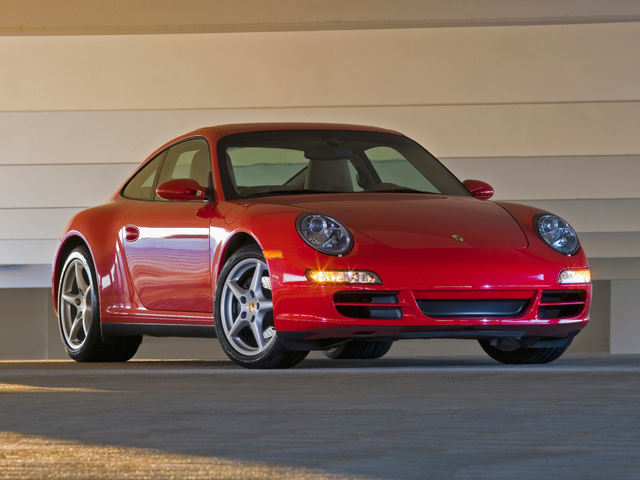 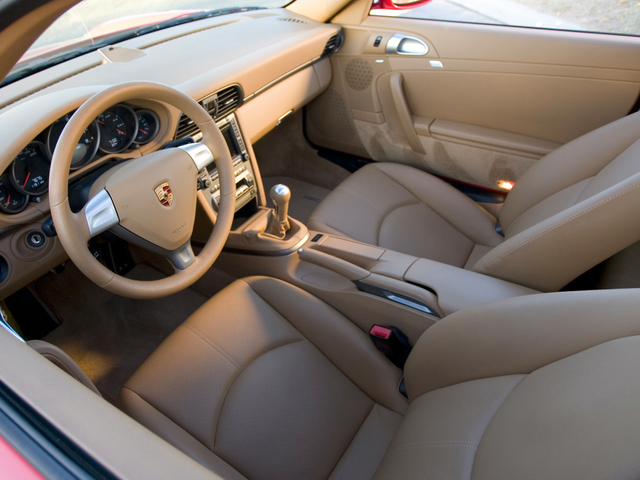 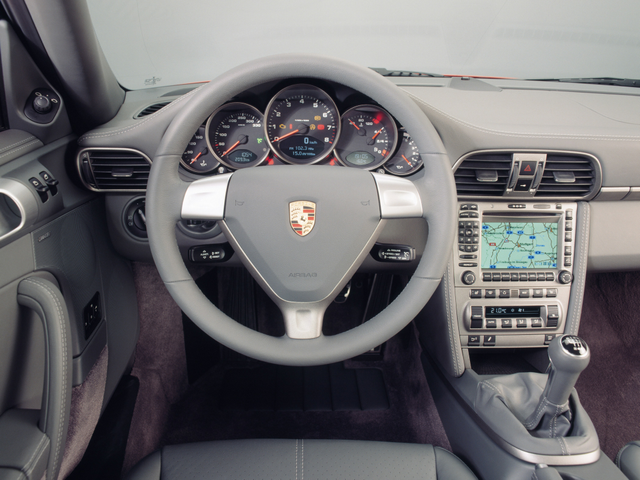