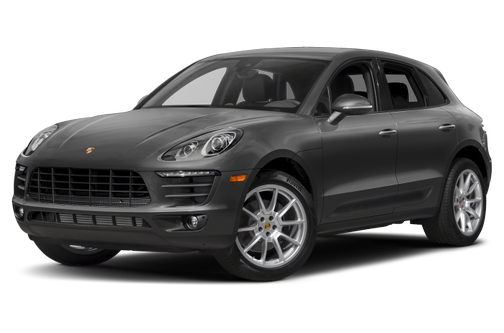 Our 2017 Porsche Macan trim comparison will help you decide.

The verdict: The 2016 Porsche Macan S SUV is the apple that doesn't fall far from the tree in Porsche's repertoire, delivering a high-performance driving experience in an unlikely shape.

Versus the competition: You can spend similar money on larger SUVs, but they can't rival the 2016 Porsche Macan's combination of athletic driving experience and luxuriously appointed interior.

Editor’s note: This review was written in February 2016 about the 2016 Porsche Macan, but little has changed with this year’s model. To see what’s new for 2017, click here, or check out a side-by-side comparison of the two model years.

Porsche has been more than just a “car” maker for years, since the introduction of its wildly popular Cayenne midsize SUV. The compact Macan is a smaller, more affordable SUV introduced to the Porsche lineup for 2015.

Smaller doesn’t mean cheap, though, and the Macan doesn’t exactly have an apples-to-apples competitor, which makes it an interesting little SUV. The 340-horsepower Macan S starts at $53,595 including destination — a hefty sum compared to the similarly sized BMW X4 and Land Rover Range Rover Evoque, which are as much as $11,125 less expensive. A 400-hp Macan Turbo starts at $74,895, and the well-equipped-but-not-loaded Macan S I tested totaled $69,455 — closer to the cost of midsize coupe-inspired SUVs such as the BMW X6 and Mercedes-Benz GLE450 AMG Coupe.

The Macan’s resemblance to Porsche’s sports cars helps its curb appeal. The rear is wide and curvy, like the 911, and its headlight styling is borrowed from the Porsche 918 hybrid supercar. The tires are staggered in width, with wider rubber in back giving the Macan a poised stance — as well as handling that’s more similar to a sports car than a family SUV. The optional RS Spyder wheels ($1,650) on our Macan S measured 20 inches and wore Michelin Latitude Tour HP tires sized 265/45R20 up front and a sports-coupe-like 295/40R20 in back.

Just because only one Macan is called “Turbo” doesn’t mean the others aren’t turbocharged. Under the hood of a Macan S is a twin-turbocharged 3.0-liter V-6 making 340 hp, mated to a seven-speed, dual-clutch automatic transmission and all-wheel drive. The engine is extremely well-mannered for a turbocharged engine, with power delivery so finely tuned and linear that most people won’t be able to tell the difference between it and a high-horsepower, naturally aspirated V-6.

Acceleration is quick in the S, but not pin-you-to-your-seat fast; if that’s what you’re looking for, check out the 400-hp Macan Turbo. Still, Porsche’s signature exhaust symphony burbles through the tailpipes and sounds strikingly similar to any one of Porsche’s coupes. The standard exhaust system adjusts to deliver a more noticeable growl during higher engine loads and in Sport mode.

Not all’s good in the neighborhood: There’s a slight lag in initial accelerator response when accelerating from a stop, even in Sport mode. The delay isn’t very Porsche-like, and it’s annoying when you want to move from a stop with vigor. One area in which there isn’t much delay is the seven-speed, dual-clutch automatic transmission’s shifts. This Porsche Doppelkupplung transmission shifts unbelievably quickly, with 911-like levels of shifting action in automatic mode and from the steering-wheel-mounted paddles.

The Macan S blends sharp handling and respectable ride quality, similar to the 911. The excellent road feel transmitted through the steering wheel, along with the balanced handling, provide a level of confidence that’s fitting for Porsche and far superior to even the sportiest X4 xDrive35i M Sport. It’s also nimble and more composed than a larger X6. Compare the Macan with the BMW and Land Rover Range Rover Evoque here.

The Macan’s sport-tuned suspension is never uncomfortable like the rough-riding BMW, though I wouldn’t call the Macan “comfortable”; our test car had standard coil springs and fixed-firmness shock absorbers. But a slightly busy ride at highway speeds is a completely fair tradeoff for how well the Macan handles, and a little body motion in aggressive cornering doesn’t take away too much from its dynamic personality. Adaptive shock absorbers with coil springs and an air suspension are options if you want to improve ride/handling characteristics.

In typical Porsche fashion, you can add another $16,000 in performance options to the Macan S if you want, including carbon-ceramic brakes, the aforementioned upgraded suspensions, a torque-vectoring function for enhanced cornering rotation, sport exhaust and more.

Interior styling is purely performance-minded. Our test car was equipped with optional red and black leather, red accent stitching and aluminum accents. Porsche’s signature center-mounted tachometer has a huge presence over any other gauge; it’s a testament to the Macan’s driver-oriented nature.

Interior quality is top-notch for a “baby” Porsche SUV, and our test car was filled with $12,000 of convenience and media options, including blind spot monitoring, a heated steering wheel, heated and cooled seats, heated rear seats, a panoramic moonroof, navigation and a Bose stereo. About that heated steering wheel: The on/off button is hidden behind the wheel, in the bottom spoke. It’s nearly impossible to find without consulting the owner’s manual or getting a pointer from someone in the know.

Brightly colored red sport seats hug your sides like good all-purpose sport seats should, with supportive bolstering and enough lower-back padding to make long drives doable. With how little room they have, backseat passengers may not be as happy to spend long drives in the Macan. There’s a big hump in the middle of the floor, and the panoramic roof cuts headroom. At 6 feet tall, I felt shoehorned into the backseat. There’s significantly more room in the larger X6 and GLE450 AMG, which you can compare with the Macan here.

Another signature Porsche interior characteristic is a massive center console littered with buttons — not only for typical controls such as Sport mode or heated seats, but also independent buttons for each available airflow direction for the climate system. Sure, why not? It’s actually not a bad setup. I acclimated to the layout quickly and appreciated having buttons at my fingertips for functions that are normally hidden within layers upon layers of touch-screen menus.

The Macan’s standard multimedia system features a 7-inch touch-screen and 70-plus physical buttons that litter the interior. Navigation is optional; it’s cryptically called Porsche Communication Management and comes in the $2,990 Infotainment Package. Apple CarPlay and Android Auto aren’t available on the 2016 Macan, but CarPlay will debut on the 2017 Macan GTS. Other options include just about everything under the sun — including a fire extinguisher and two optional stereos. The standard 11-speaker stereo features a USB input with iPod connectivity. It’s replaceable with a 14-speaker Bose stereo for $1,400 or an even higher-end, 16-speaker Burmester system for $5,690. The mid-level Bose is decent enough but doesn’t stand out in any particular way for its hefty price.

The small-interior theme continues in cargo and storage space. A center console overrun with buttons doesn’t leave room for extra storage, and there are just two cupholders and a small, square-shaped, shallow storage bin under the center armrest. The BMW X4 and X6 at least provide a nifty sliding cover over their cupholders to store loose items, and the GLE-Class coupe has a separate cubby area for phones and other items.

The Macan had not been crash-tested as of publication. Available safety systems include blind spot monitoring, called Lane Change Assist, and Lane Keeping Assist, which automatically nudges the vehicle after it veers from a lane. A backup camera is also optional and comes with front and rear parking sensors. Also cryptically named, Porsche Active Safe is the Macan’s forward collision warning system with autonomous braking. It pairs with adaptive cruise control for $1,440. See all the Macan’s safety features here, and check out how well child-safety seats fit in the Macan in the Car Seat Check.

The Macan’s combination of small size, high price, sports-car-like handling and luxurious interior make it a genuinely unique compact luxury SUV. The bulk of Macans in Cars.com’s national inventory are more expensive than similarly sized X4s or Evoques. The X4 xDrive35i with a 300-hp, turbocharged six-cylinder starts at $50,695, and an entry-level Evoque SE is $42,470. At that price, though, you get only 240 hp, making it far less of a performance buy.

The Macan S is at a size disadvantage compared with the GLE450 and the X6 in terms of both cargo space and backseat room, but it manages to not feel overpriced for its small size. The as-tested cost of the Macan S we drove, $69,455, wasn’t offensive given its impressive quality, performance and distinctive Porsche flair. Year-end sales placed the Macan as the No. 2 best-selling model in Porsche’s lineup for 2015, behind the Cayenne SUV.

Most fun to drive in its category

I bought the Base model and has been surprised how good it is compared to better trims among Macan's core competitors in F-Pace, GLC and SQ5. When making the purchase decision, I test drove almost all the competitors and realized that Macan is definitely most fun to drive SUV. I did give up on some better interiors of cars like Land Rover Range Rover Velar, F-Pace but the added value of driving quality is far superior. One thing that I would recommend Porsche to add is Android Auto. It is shocking how poor Porsche's tech is compared to its rivals. Overall, this is a really good value for money if you live in a big city, but like to go on road trips every now and then.

Not your Daddies Chevy

We bought CPO with 26k off 1 year lease. We test drove a couple of S models and although 1 second faster to 60mph the Base 4 cyl turbo loaded with options gets us there as fast as we can go. Although not head snapping you will go 110 mph before you know it. Open road in Wyoming topped out at 137 felt like 60. It’s everything we could have wanted. Compared to Audi, BMW, Jag, Volvo, Mercedes the 2017 Macan Base checked all our boxes. Porsche reliability? I’ve heard horror stories but with 66 k have had only normal maintenance plus 2 minor recalls. Hey it’s a Porsche not a Chevy, Vets aren’t cheap to fix either and they aren’t a Porsche!

April 10, 2021
By LVYOGIPORSCHE from Henderson, NV
Owns this car

Best comfortable sport looking car. Ready to shine other cars by over performing other vehicle. No maintenance problems. Easy to handle in traffic and mountains are no problems to drive on. Engine very powerful but reliable.

Rating breakdown (out of 5):
4 people out of 4 found this review helpful. Did you?
Show full review
See all 78 consumer reviews

All model years for the Porsche Macan 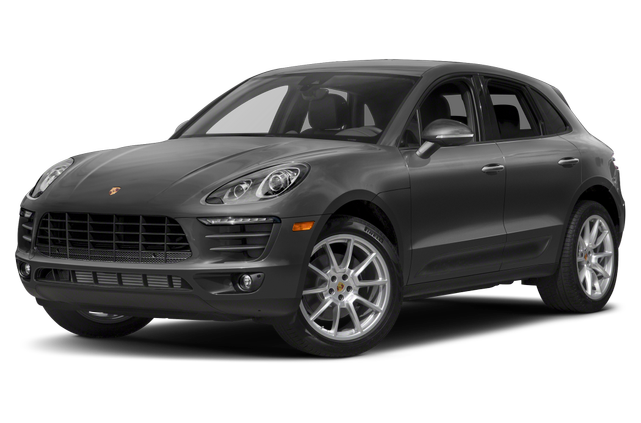 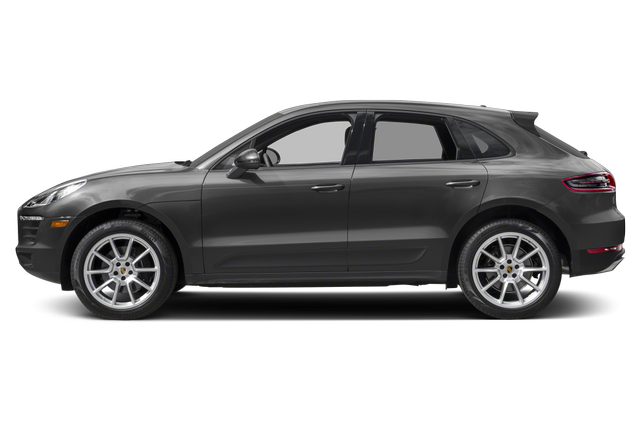 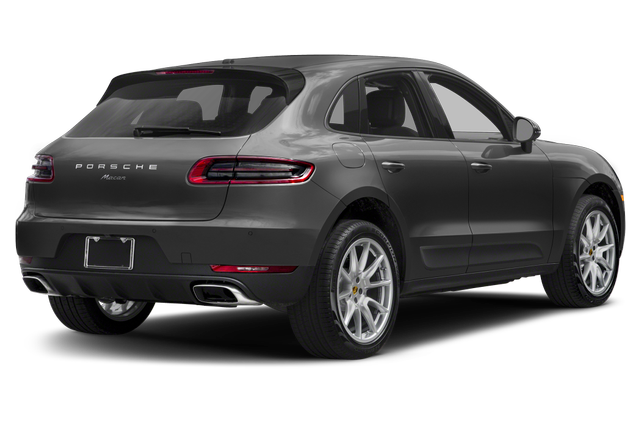 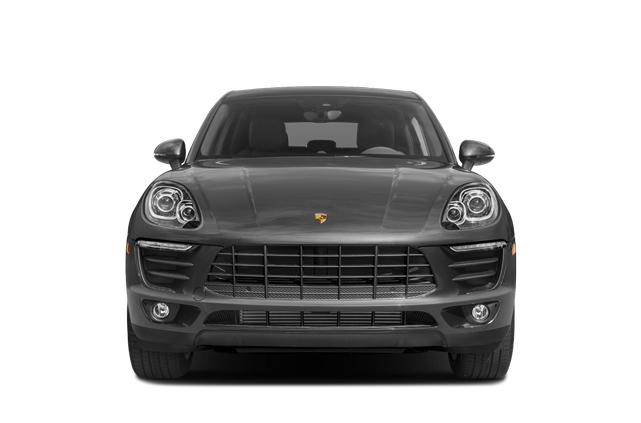 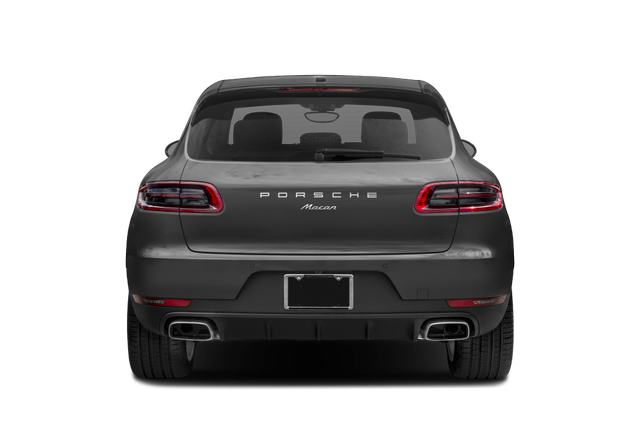 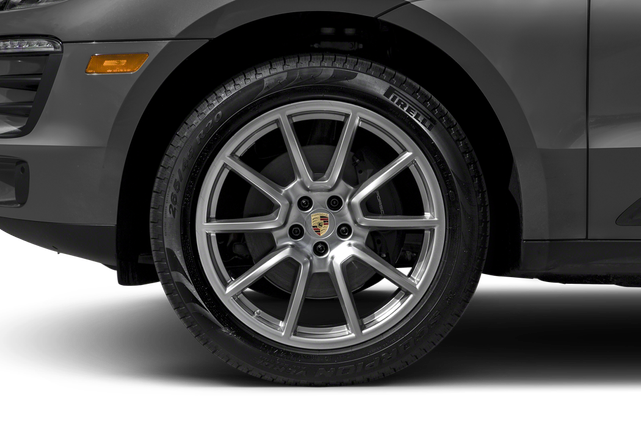 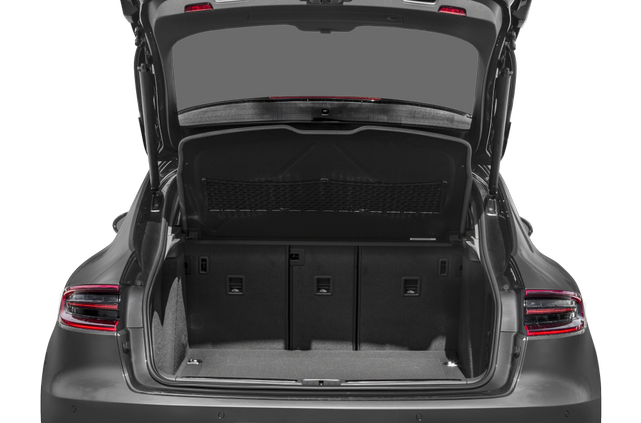 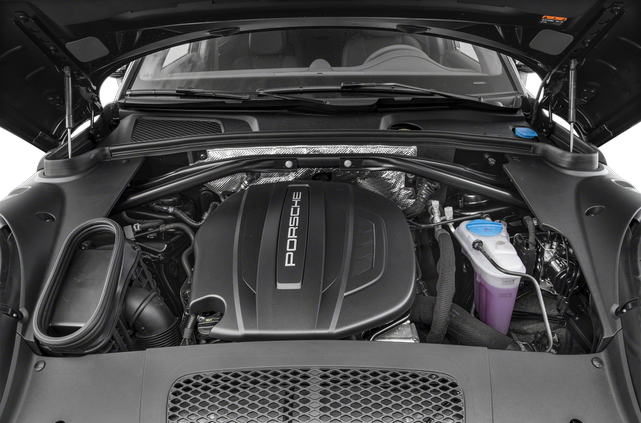 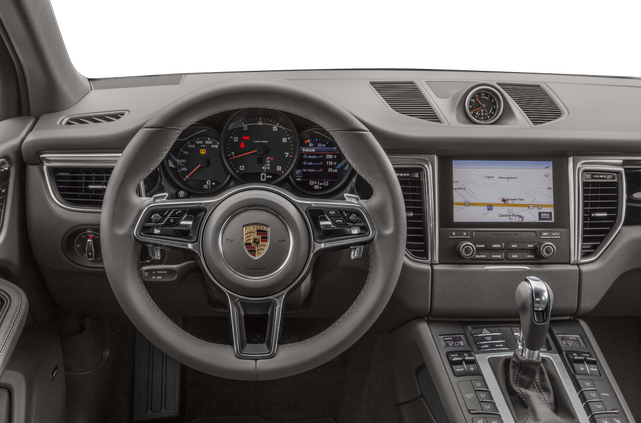 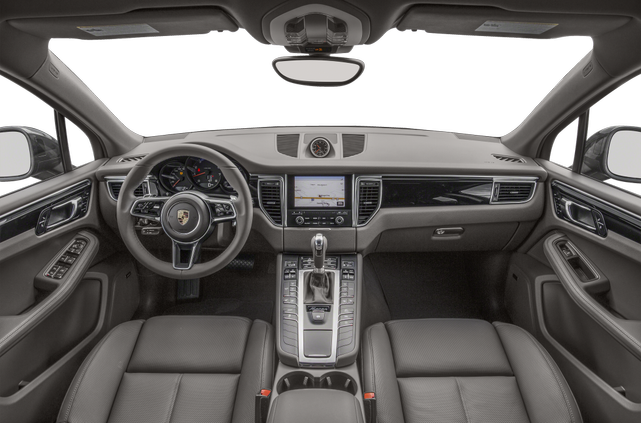 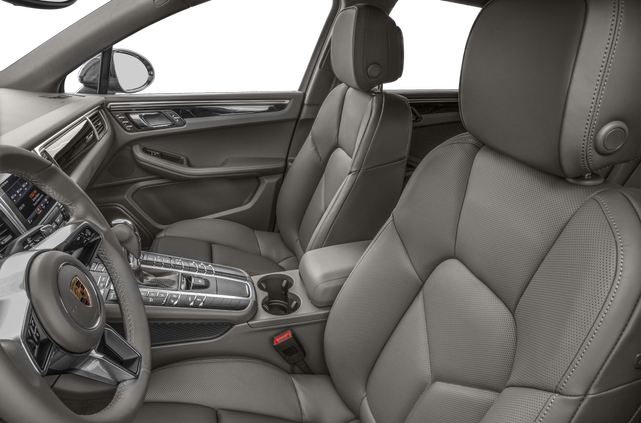 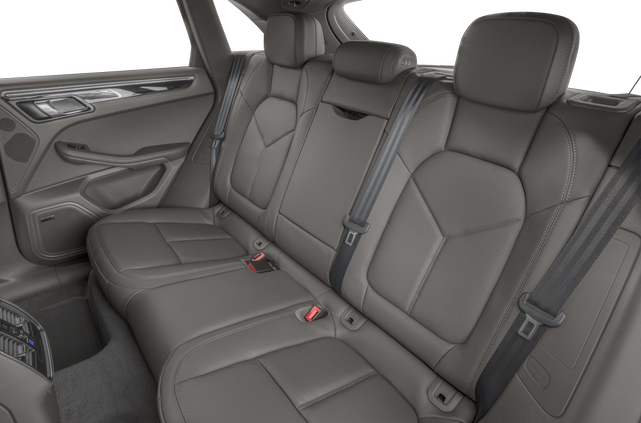 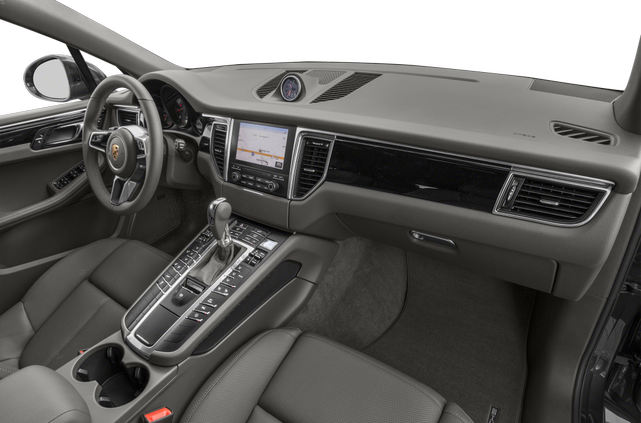 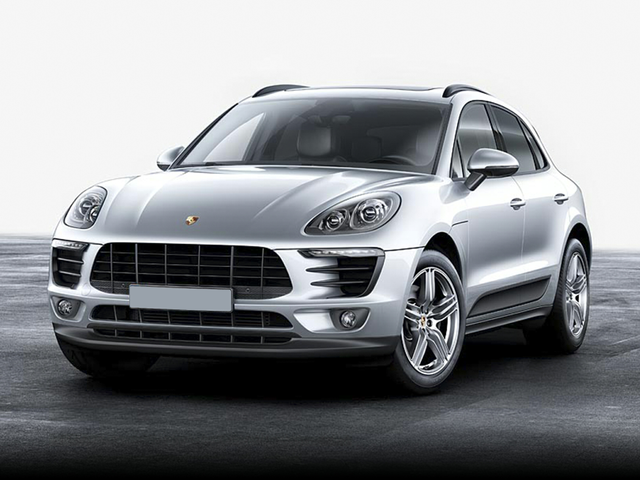 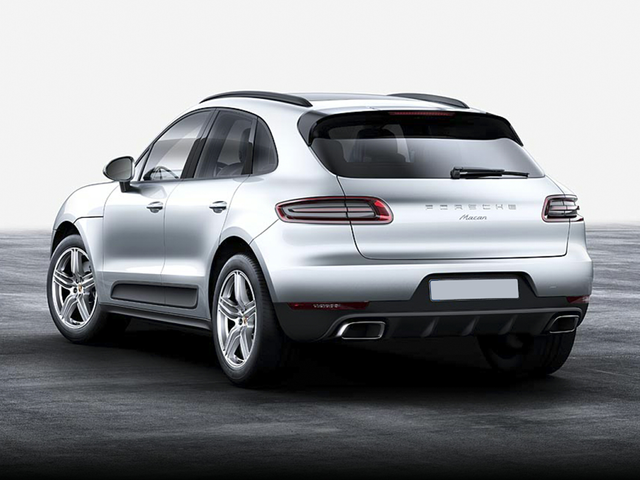 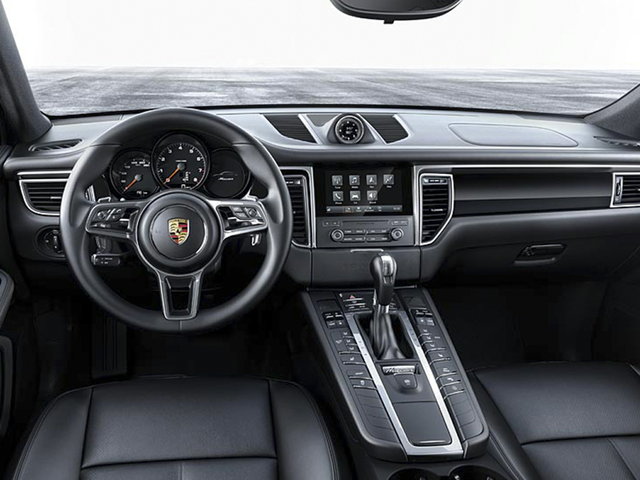