Our 2003 Subaru Forester trim comparison will help you decide.

How to praise a car when a powerful alternative waits in the wings?

Subaru is reaching for power &#151; turbocharged power &#151; in an effort to broaden its national appeal. Beloved for its utility and its full-line all-wheel-drive systems in regions where the snow flies and ice forms on the roads, the company needs a new edge where the roads stay dry and weather isn’t a seasonal challenge.

That’s why the rally-inspired WRX was brought to these shores and why &#151; hold on to your seats here &#151; a 300 horsepower version of the WRX is coming soon to a showroom near you. The target: aggressive, young drivers.

They are not the folks who would buy this week’s test car, the 2003 Subaru Forester XTS, a capable, dependable, roomy box of a car.

If there can be said to exist &quot;politically correct&quot; SUVs, the popular Forester, which accounts for nearly a quarter of Subaru’s 175,000 annual sales, would stand square in their midst. These are cars that haul people and goods through all sorts of weather, are not gas-guzzlers, do not threaten other drivers with their bulk, yet offer at least a touch of the utility of their larger brethren. Among them are the Suzuki Vitara, Toyota RAV4, Suzuki XL-7, Saturn Vue, Jeep Liberty, Kia Sorento, Hyundai Santa Fe, Ford Escape, Honda CR-V, and Mitsubishi Outlander.

The Forester, introduced in 1997, has been among the best of them. Known for reliability, safety, and economy, it was not a car to inspire lovers of design grace or those seeking high performance.

Indeed, the 2.5-liter boxer engine in the test model produces only 165 horsepower and, coupled with the standard five-speed manual transmission, it is part of a powertrain that lets you know it’s working very hard for you when the car is fully loaded and pulling out to pass or to climb long grades. I also found the stick shift to be a bit sloppy, reminding me of long-throw cars of yore rather than the quick-click shifters that many cars feature today.

For some people &#151; and fans of the car, as it exists, are myriad &#151; basic, dependable power is all that is sought. For others, however, a turbo boost would be a good thing and that’s why what looms is so appealing. For 2004, Subaru will offer a new Forester with a 2.5-liter boxer engine that is turbocharged and produces 210 horsepower.

This will represent Subaru’s attempt to stand in two worlds, one of dependable utility, the other of snappy performance. The company’s literature says the turbo Forester &quot;enhances sporty driving while fully preserving the … crossover SUV design approach&quot; &#151; meaning you get your standard box but it comes with a bigger punch. For those who like the earlier powerplant, the 165-horsepower engine will continue to be offered.

Knowing that they shouldn’t tinker with the basics of a stable workhorse, Subaru’s redesign of the Forester for 2003, which c arries over into 2004, did little to alter the appearance of the car. It still looks like a high-top sneaker. The front corners have been rounded, and the grille has been given a broad horizontal cast.

Inside, it has been made roomier with an extra cubic foot of space up front, 3 more cubic feet in the middle, and, with the 60-40 split rear seats folded down, 5 extra cubic feet of cargo space, up to 64 cubic feet. That’s a spacious bin for weekend hauling.

The interior remains basic with three gauges behind the wheel &#151; one for fuel and temperature, another for the speedometer, and a third for the tachometer. The flat top dash is bisected by a dimpled swath of soft material that continues its horizontal flow to the upper doors front and rear. A brushed-metallic treatment surrounds the dials and knobs of the center console. Those controls, for audio and climate, are big, easy to figure out, easy to use.

On the road, the Forester handled far more ike a car than an SUV. It sat flat in passing lane changes and displayed minimal body roll in hard, back road cornering.

Considering that it would appear to be top heavy, its stability was surprising. Then I realized that all that interior room is packaged in a vehicle that sits 62.6 inches high &#151; 7 to 8 inches lower than midsize SUVs such as the Toyota Highlander and a good foot lower than the Nissan Xterra.

Driving in a late-winter splash of snow &#151; about four unplowed inches &#151; its all-wheel-drive system moved it smoothly and safely at decent speed with all four wheels finding full-time purchase. One great feature is a system Subaru calls Hill Holder. When facing up a grade at a stop, you can depress both the clutch and the brake, then with the clutch still depressed, move your foot off the brake without rolling back, and go for the gas for a smooth start.

For now, the Forester is the biggest vehicle in Subaru’s fleet. The Legacy and Impreza, in various forms, hold the basic car customers; the Baja &#151; part pickup truck, part wagon, part SUV &#151; adds the funk factor. The spread of turbos through the lineup will only add to that funk potential and aid Subaru in reaching a stated goal of 250,000 units sold per year.

And coming soon will be a full-sized, seven-passenger Subaru, built in partnership with General Motors, which owns a healthy chunk of Subaru’s parent company, Fuji Heavy Industries Ltd.

Wonder what they’ll put in that beast for a powerplant?

Nice touch: The additional bolstering of the front seats. They seem far more firm, supportive, and comfortable than I remember Subaru seats being.

Annoyance: Speaking of seats: It would be nice if, given all that headroom, it were possible to raise the driver’s seat considerably, affording that high-riding view that SUV fans appreciate.

Best car ive owned and been in

i brought this car for $1,800 second hand with 293,000 on the meter, the engine has been running perfectly since ive had it. Ive only had a few problems with it as expected with the price i brought it for. the front drive shaft gave out resulting in one of my wheels comming off completly but was booked in with the mechanic anyway, other than that i've had pretty much no problems at all, ive driven it 4000 and have loved every second of it, being just night drives, random drives, beach drives its been a great car though it

I love my forester

May 25, 2021
By Kimmbalo from South Lake Tahoe California
Owns this car

This is the longest I have ever owned a vehicle. I got it in 2014 w/144000 miles on it. I went from tahoe to Bay Area and back almost every week for 5 years. It screamed up the mountain in 3 rd and 4 th gear no problem. I feel I push it at times because I often am driving up and down the mountain. I was making payments on it when coming back from Bay Area, going up the hill in el Dorado hills, I threw a rod out the bottom of the motor at 154000. People had the nerve to ask if I had oil in it. Turned out mice had made a nest in the catalytic converter (because it was stored for a year before I bought it) . Supposedly that’s why. Because I was still making payments I opted to buy a motor from Japan, which is a 2006 Impreza motor. $1710.00 later new motor new clutch assembly. Runs great now. I have 203000 miles on chassis and only about 70,000 miles on new motor. My boyfriend rear ended someone and we replaced the quarter panel, head light assembly and found a matching hood with a scoop ( so now I’m always challenged to race cause everyone thinks it’s an STI-I wish). I have replaced a lot of suspension and steering parts, starter, fuel pump, control arm end links, front brakes and rotors, front shocks, driveshaft, battery, front left cv axel, new front lower ball joints, new clutch again, rewire head light assemblies, put premium rims and nice stereo system, studded snow tired. Then a tourist hit and ran and destroyed my rear quarter panel. At that point I was like “I have so much into it I may as well fix it” so I got all the dings and dents repaired and new paint job. I’m attached to this car. It’s like no other in the Tahoe winter with the studded tires. It’s safe and I don’t have to worry so much that it’s such an expensive car if I do happen to slide off the road in the snow. I will probably keep on repairing it unless the motor blows again. I am a female, but a lot of the maintenance and repairs I do myself. Like tune up and oil change. I also replaced the drive shaft myself ($400) as opposed to paying between $800-$1200 to let someone else do it. Replacing the alternator was easy also. If I can find how to do it on YouTube, I will do it myself.

if your looking for a reliable car look no further

July 7, 2020
By keef richards from scotland
Owns this car

Rating breakdown (out of 5):
3 people out of 3 found this review helpful. Did you?
Show full review
See all 36 consumer reviews 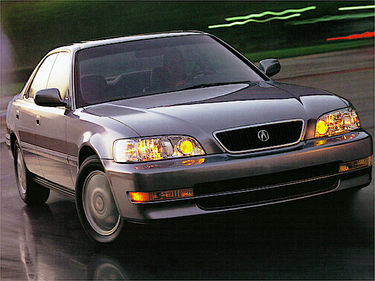 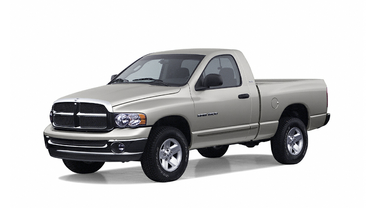 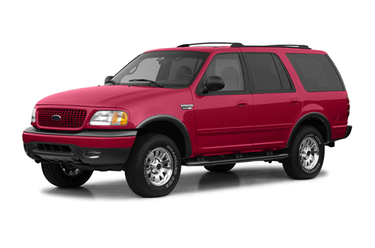 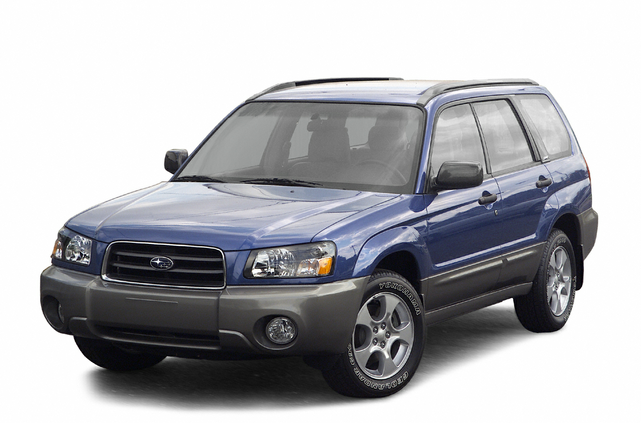 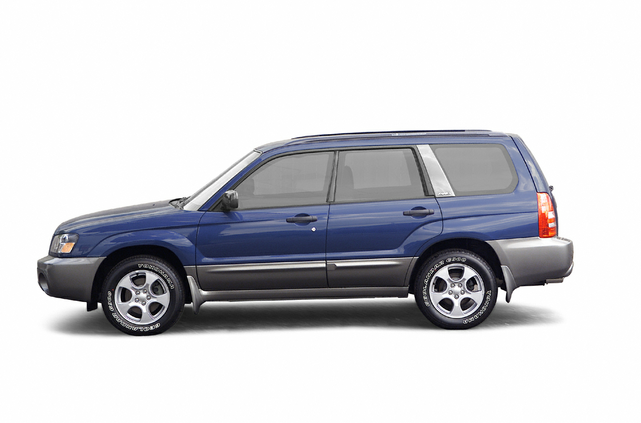 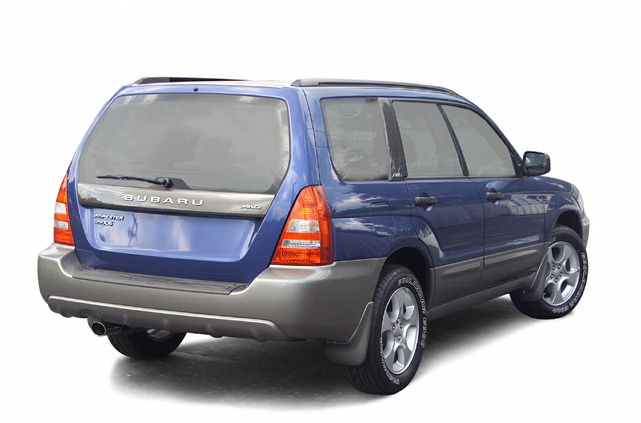 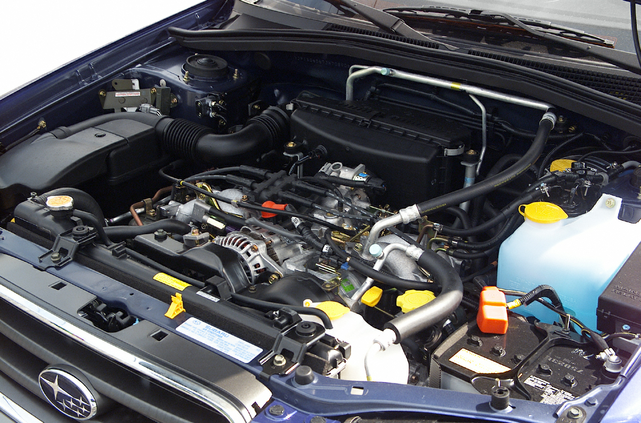 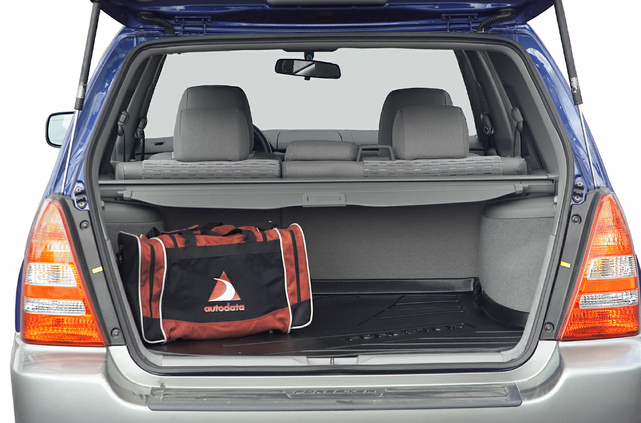 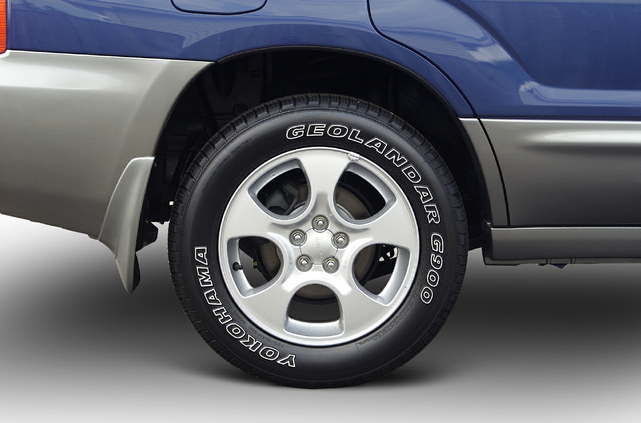 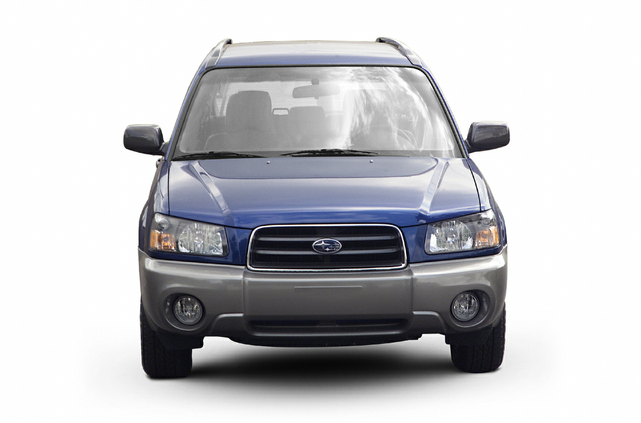 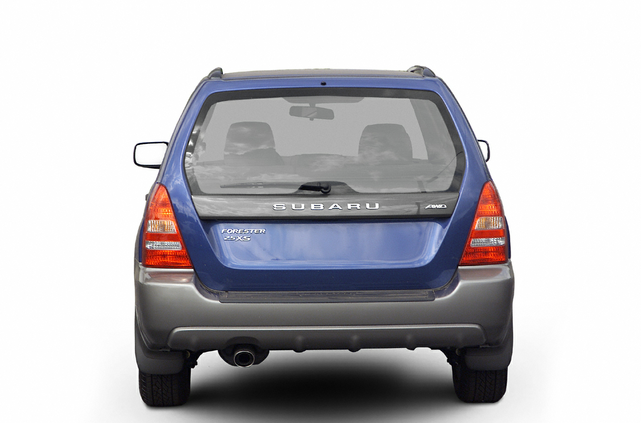 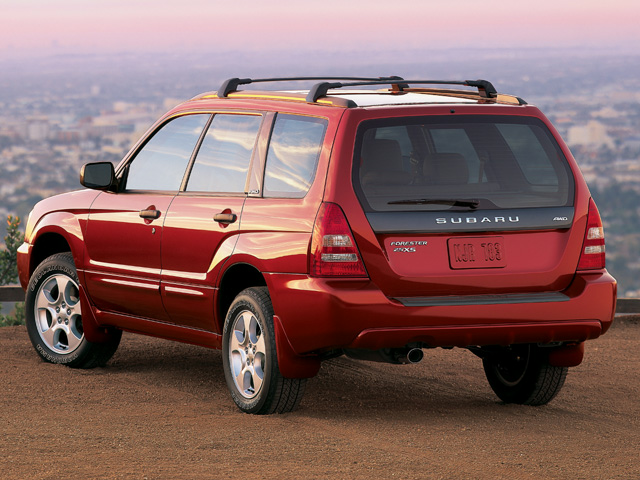 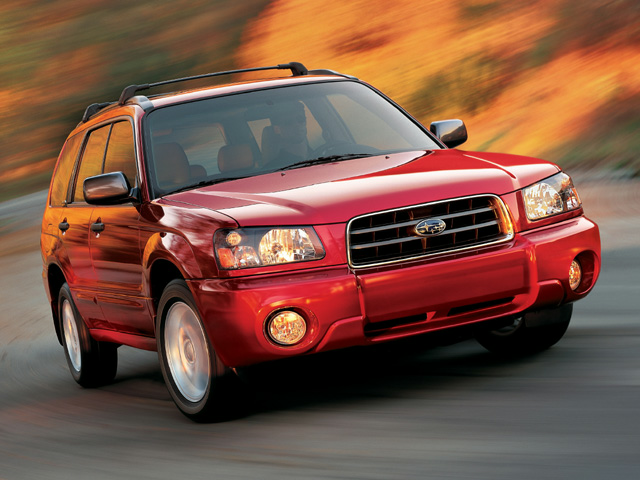 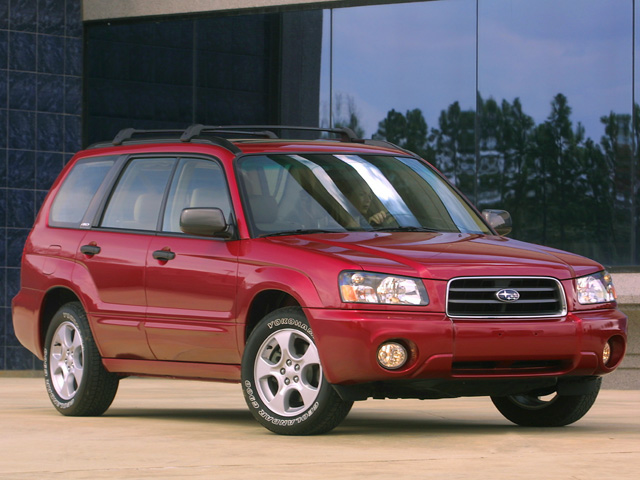 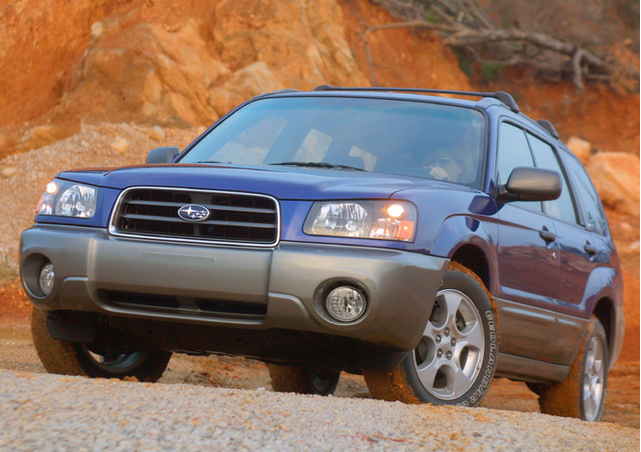 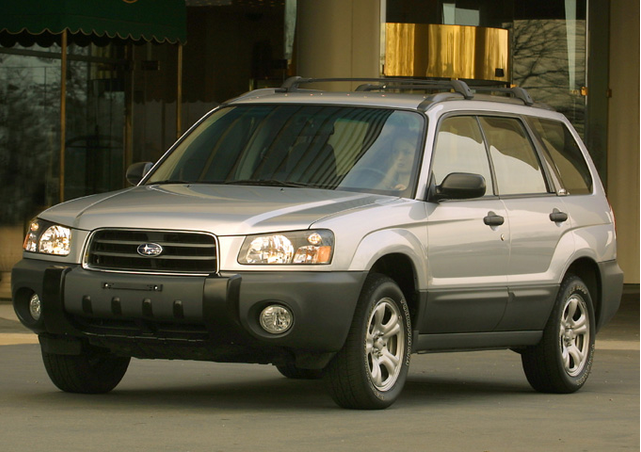 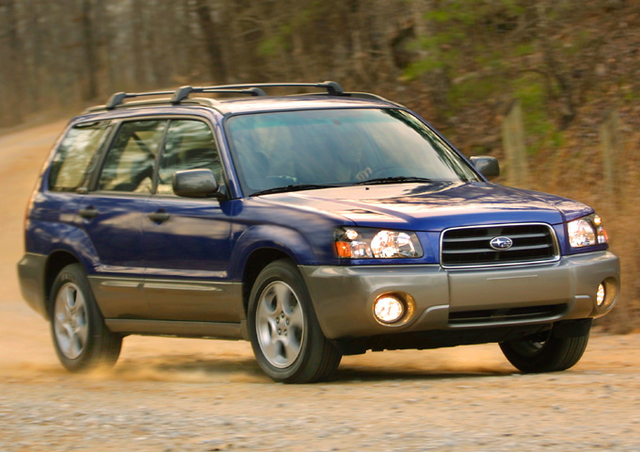 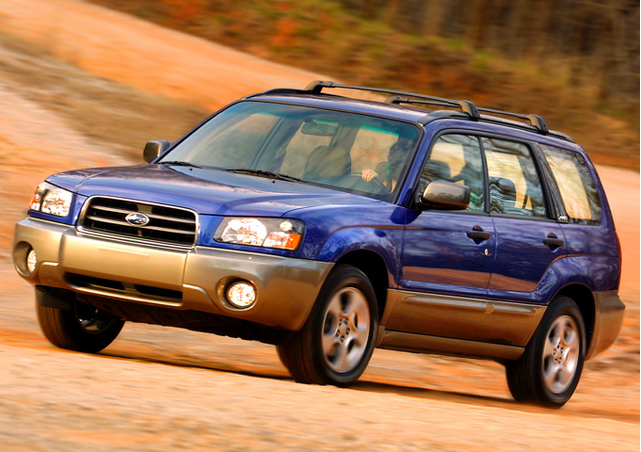 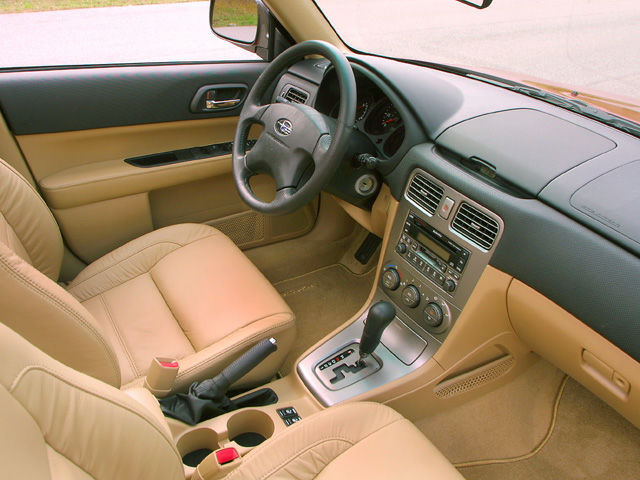 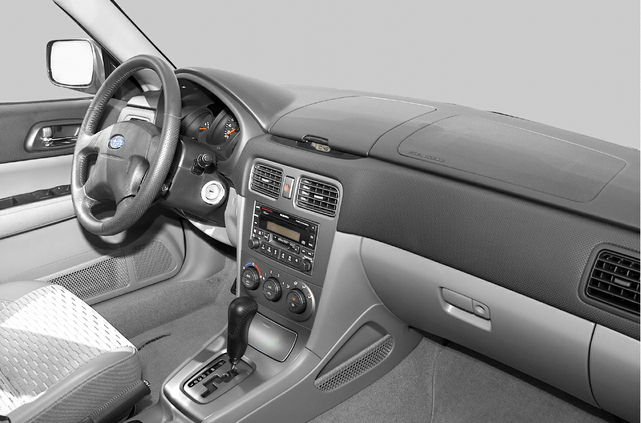 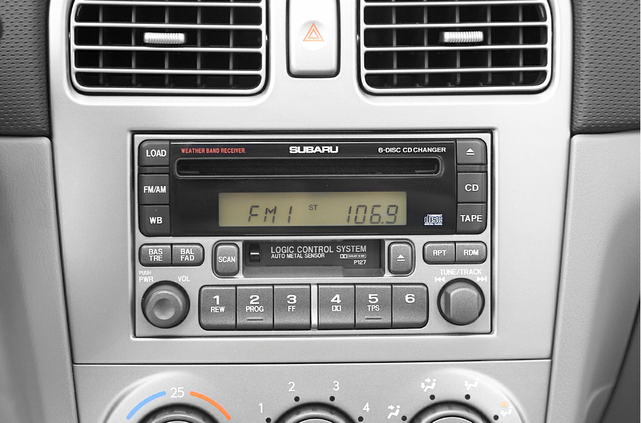 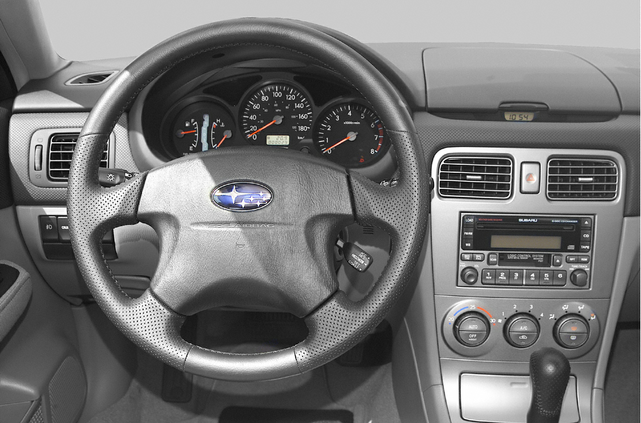 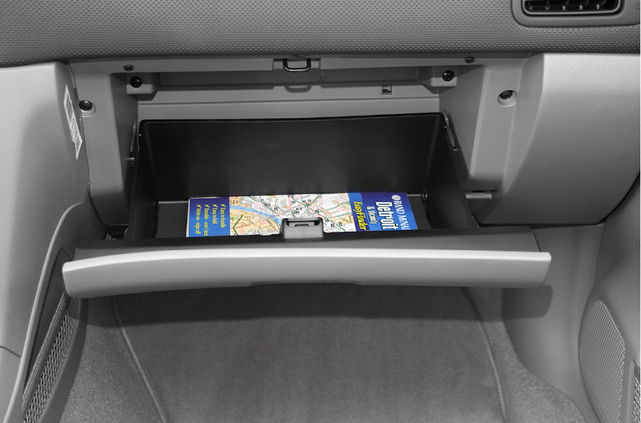 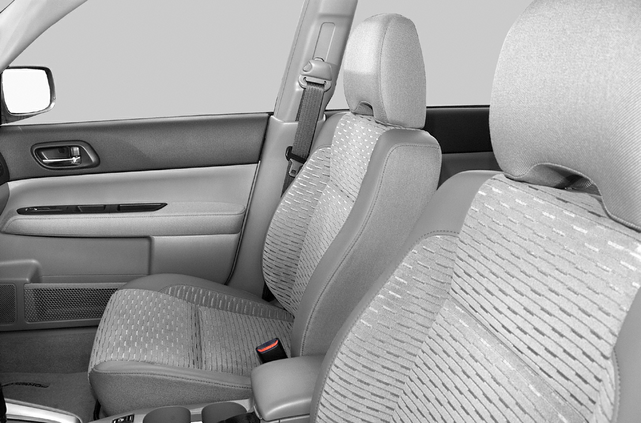 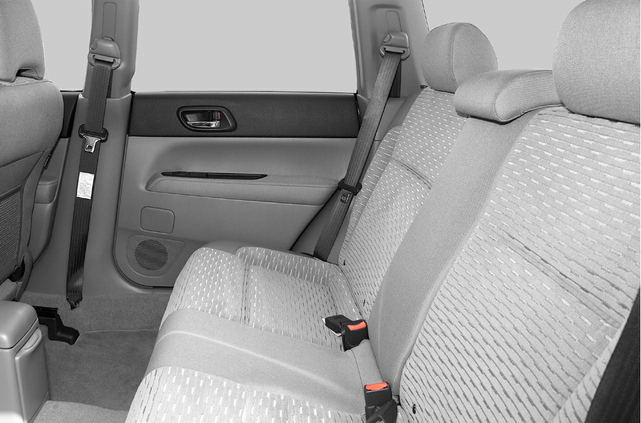 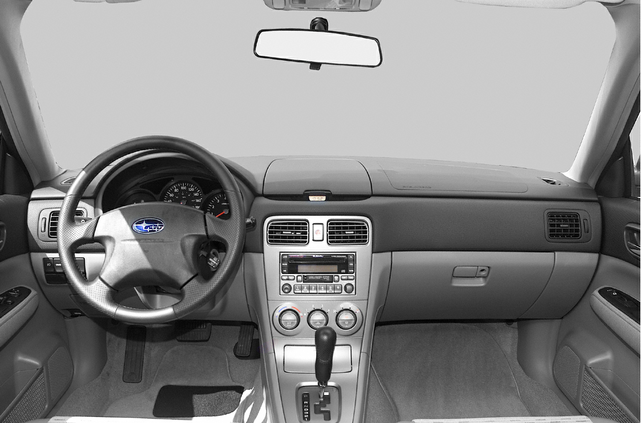