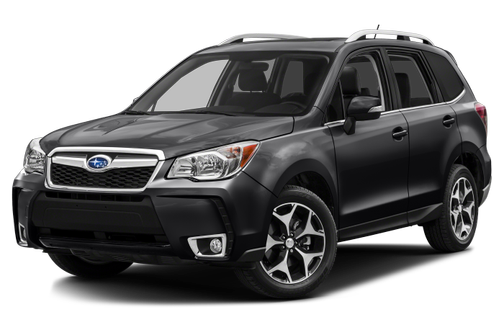 Our 2016 Subaru Forester trim comparison will help you decide.

The verdict: The 2016 Subaru Forester is a compact SUV that impresses us with its cargo space, visibility and peppy engine, but its shortcomings include a choppy ride, soft brakes and a drab interior.

Versus the competition: The Forester is at the head of the compact SUV class when it comes to practicality and utility, but competitors offer nicer interiors and more rewarding driving attributes.

The Forester is styled more like an SUV than Subaru’s other compact vehicles, the Impreza and Crosstrek. Changes are minimal for 2016, with all Forester models getting a touch-screen multimedia system (6.2 inches is the standard size). A subscription-based emergency communication system is also now available. Compare the 2016 Forester with the 2015 model here.

We tested a 2016 Subaru Forester 2.5i Limited with an option package that included adaptive cruise control, forward collision warning with autonomous braking, an upgraded stereo and a 7.0-inch multimedia screen.

The Forester competes with small SUVs such as the Honda CR-V, Nissan Rogue and Mazda CX-5. You can compare them all here. For a more in-depth comparison against a wider selection of SUVs, check out our $28,000 SUV Challenge.

Exterior & Styling
The Forester doesn’t break any new ground in the styling department; Subaru stayed with the traditional, boxy SUV look. It’s not ugly by any stretch of the imagination, but its distinguishing characteristic is that — at least to my eyes — the wheels appear too small for the body.

How It Drives
The Forester offers good acceleration from a stop and power is generally good across the range. The Forester uses a continuously variable automatic transmission, and its immediate response makes it one of the better ones on the market. For my money, the Honda CR-V’s CVT is the best in the segment, but the Forester is a close second. I find the Rogue’s CVT to be disappointing in its weird, elastic response. Still, no CVT can match a well-designed conventional automatic transmission, so all these SUVs trail the CX-5 in terms of response.

Overall power is modest, with the Forester just not feeling as quick as the CR-V or CX-5. And it’s noisy. Wind and road noise aren’t so bad, but there’s more engine noise in the Forester than its competitors.

Stopping with confidence isn’t really the Forester’s strong suit, either. It has a very soft, mushy brake pedal.

Ride comfort is a mixed bag. The Forester absorbs bumps and big potholes very well, but there can be an odd bouncing/bucking sensation, as if the front is diving and the rear is rising when the road is really bad. It just feels choppy. The CR-V again leads the category in this area, and I’d put the Rogue second, the Forester third and the sporty, rough-riding CX-5 last in terms of ride comfort.

When it comes to handling, the Forester is surprisingly capable and willing to be pushed, but it’s let down both by its mushy brakes and by its steering. The Forester’s steering simply gets too light at higher speeds, so it doesn’t offer enough feedback to inspire confidence.

The Forester we tested is rated 24/32/27 mpg city/highway/combined, which is competitive with all-wheel-drive versions of the CR-V (25/31/27 mpg), CX-5 (24/30/26 mpg) and Rogue (25/32/28 mpg). Unlike the Forester, which has standard all-wheel drive, those other models also offer front-wheel drive, which boosts the Honda’s combined rating by 2 mpg and the Mazda’s by 3 mpg. (The FWD Rogue’s city and highway figures are both 1 mpg higher, but its combined rating is unchanged.)

In addition, there are two other powertrains available in the Forester: A version with the same four-cylinder engine and a six-speed manual transmission that’s rated 22/29/25 mpg, and one with a 250-horsepower, turbocharged 2.0-liter four-cylinder that gets 23/28/25 mpg.

Interior
The Forester’s standout attribute on the inside is its phenomenally good visibility. This is an SUV, so you ride higher than you would in a car, but the great view is also due to the fact that there’s a lot of glass. The main windows are large, and there are also small, sail-shaped windows by the side mirrors that help visibility. The rear window was so large, in fact, that I was startled at first by how much I could see.  It’s head-and-shoulders better in this regard than any competitor.

The Forester is also roomy. I’m 6-foot, 2-inches tall, and I wasn’t cramped for space either in the front or in the backseat. There’s one piece of trim by the driver’s right knee that I think could use some padding; when I brushed up against it, it didn’t feel great. The seats weren’t my favorites, either, as they offered little thigh support and are designed such that I felt I was perched on top of the seat rather than being supported by it. A bit of side bolstering or more seat contour would be welcome.

Still, couple the Forester’s excellent visibility with the panoramic moonroof we had in our test car (it’s standard on all but the base, 2.5i model), and it’s hard to feel claustrophobic in this SUV.

The rest of the Forester’s interior isn’t a clear-cut winner. The materials aren’t bad, but they’re more functional than stylish. In this area, the Rogue is the segment’s clear winner. The CR-V ranks next and the CX-5 and Forester trail. A little more padding and less-plasticky trim would go a long way toward bringing the Forester up with the best in the market.

Ergonomics & Electronics
The Forester does well in this area, with everything you need within easy reach when it comes to adjusting things such as the climate control system.

Where the Forester struggles is in its setup for adjusting a few of the power controls and electronics. For starters, the USB ports in the center storage console are hard to access: I felt like it was anatomically impossible to bend my wrist in the manner needed to connect my phone’s cord to the port.

Also, the touch-screen was too sensitive and would frequently jump to something other than what I wanted because I’d accidentally brushed it. The Forester is the only car I’ve been in over the past year where that’s happened.

Cargo & Storage
The Forester’s cargo area is quite large behind the backseat, and it expands to a very good size with the seat down. If there’s a nit to pick with the cargo area, it’s that the rear wheel wells intrude upon it, so carrying very wide things, such as a television, could prove problematic. On the whole, though, it handled everything I threw at it — a bicycle, groceries, Christmas shopping and gym gear — very well.

Safety
The Subaru Forester is an Insurance Institute for Highway Safety Top Safety Pick Plus, meaning it scored the highest rating of good (out of a possible good, acceptable, marginal or poor) in all five of the agency’s crash tests, and that it earned an additional superior rating thanks to its optional forward collision prevention equipment.

The Forester is in good company; six other models in IIHS’ Small SUVs category share Top Safety Pick Plus status, including the CR-V and CX-5. The Rogue trails with a collision-prevention rating of basic. Three other direct competitors have a score of poor in the front small-overlap test.

Value in Its Class
The beauty of today’s compact SUV market is its variety. Some models are fairly fun to drive (CX-5), some offer a pretty interior (Rogue), and others offer a comfortable ride with a blend of nice features (CR-V). When we tested them head-to-head, their scores reflected their varying strengths and weaknesses. In the case of the Forester, those weaknesses include an interior that’s more functional than fun (or nice), overboosted steering, mushy brakes and a choppy ride.

The Forester succeeds as a small SUV that offers standard all-wheel drive, a good cargo area and a roomy interior with fantastic visibility. It also ranks as the most utilitarian of its competitors, and that’s not a bad thing when discussing SUVs. Not every car needs to be as nice and pretty as your living room, especially if you’re the outdoorsy sort, live a little off the beaten path or just like to haul messy things around, such as pets. Nor does an SUV need to scorch the slalom course if all you’re after is the ability to get where you’re going in inclement weather.

In love with this vehicle

February 3, 2021
By Sabrina from Ocean View, NJ
Owns this car

I've never owned a Subaru before but after purchasing the Forester, I may never own anything but a Subaru again! I love the Eyesight Drivers Assistant that it came equipped with. I can see why this car has one of the best safety ratings out there. The interior is very open, spacious, & comfortable and the panoramic sunroof is amazing! It drives and handles like a dream. I would recommend this car to anyone. You won't be disappointed!

Good for tall people and those with mobility issue

I was impressed how well I can see out of the car at all angles. It is difficult for me to turn my body due to neck, hip and back problems. I am 5'10" and have very long legs. This car also has alot of head and leg room. My daughter rides comfortably in her booster seat in the middle seat. I feel I have more control and better handling with this car then any other. I have had a Honda Accord, Volvo XC90, Toyota Corolla and Cadillac Deville in recent years. My only complaint is the front seats are uncomfortable. (My other car is a Deville which feels like a recliner.) There isn't anything fancy about the car but I just have the base model. I am happy with all the features and the gas mileage is awesome. There is a ton on truck space.

It drives like a dream. I enjoy driving it and so does my husband. The visibility is awesome. It sticks to the ground and takes corners and curves well. It is comfortable and we have driven on several long trips with it. The drawback is storage. We had three people on one trip and with 3 suitcases, a cooler, and the sundry items you pick up, there was barely room for a passenger in the back. The ride was great even through some awful weather. Daily drive is great and I consistently get better gas mileage than on the sticker, unless my husband drives then it is worse. Lol.

Rating breakdown (out of 5):
2 people out of 2 found this review helpful. Did you?
Show full review
See all 155 consumer reviews 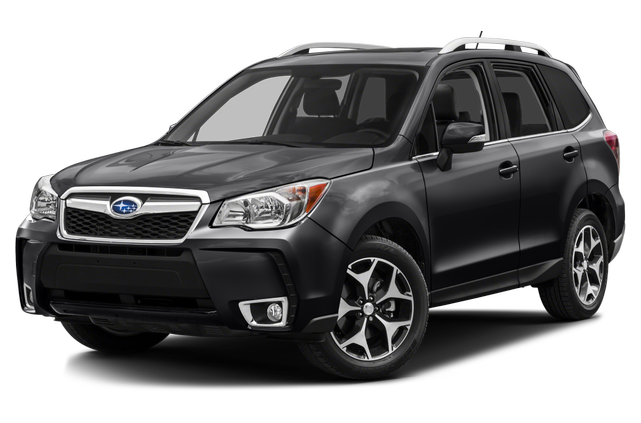 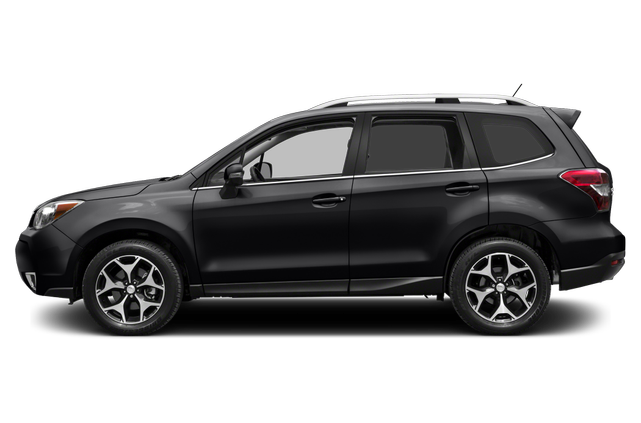 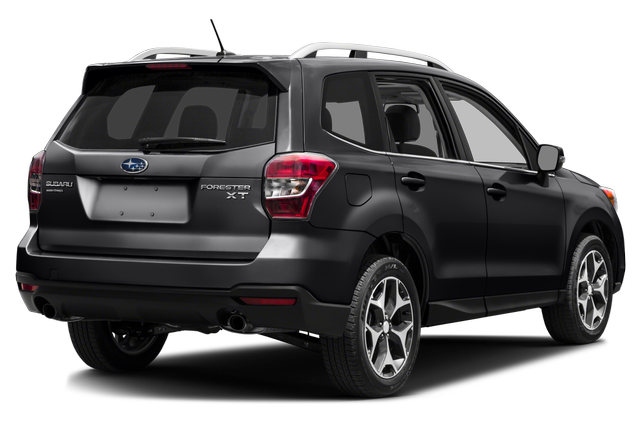 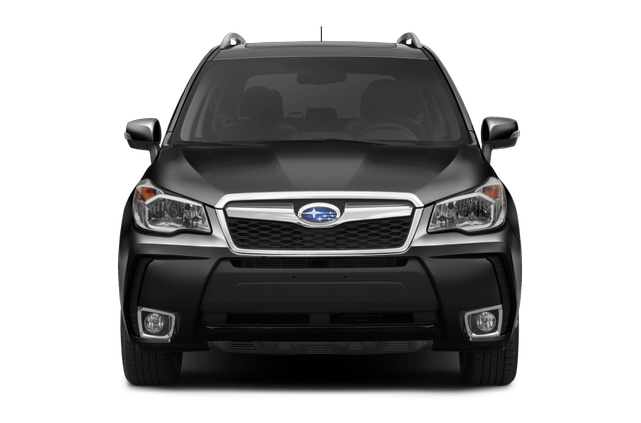 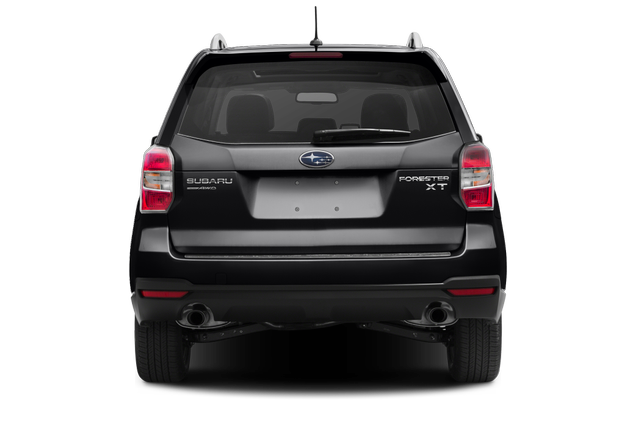 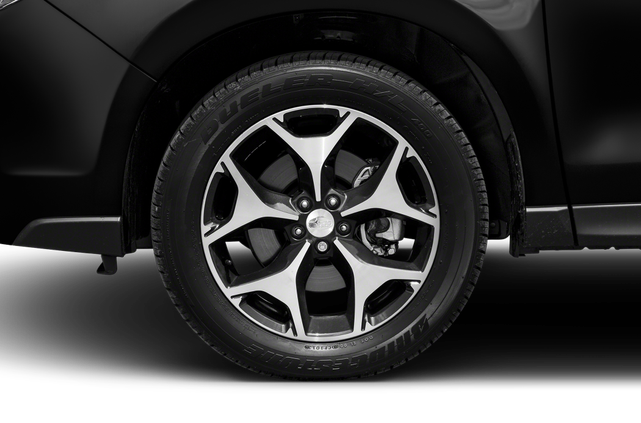 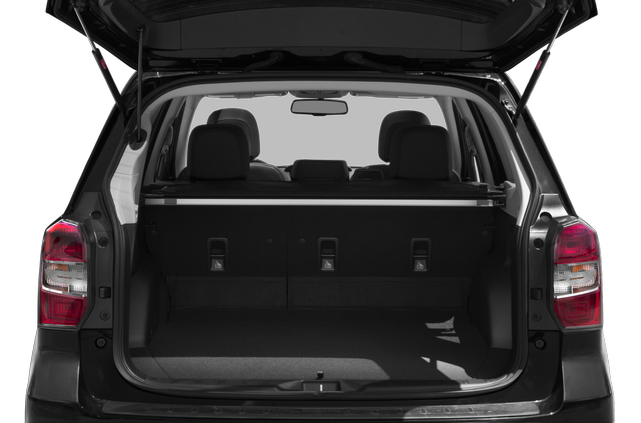 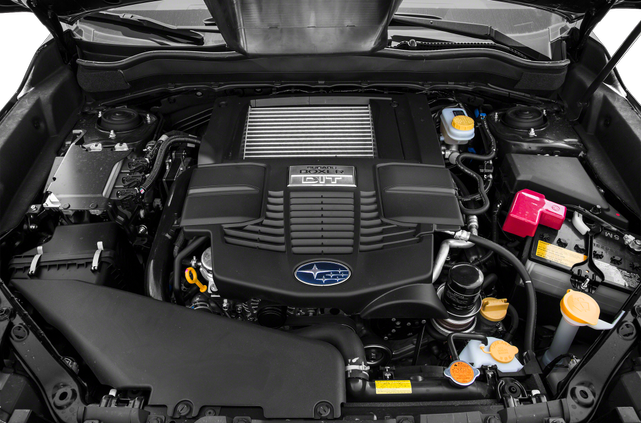 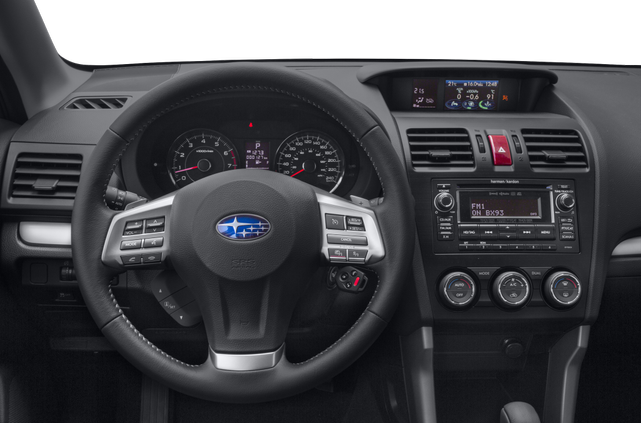 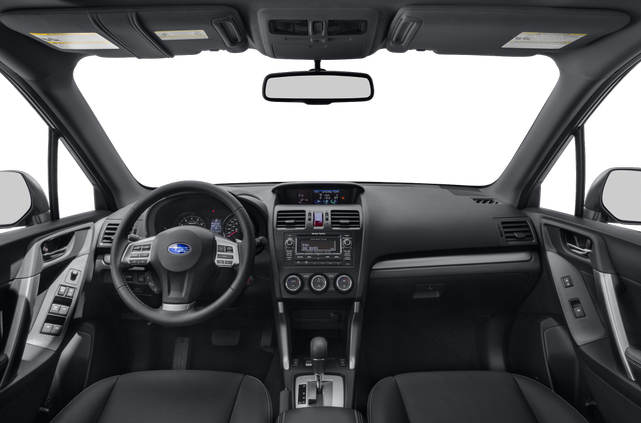 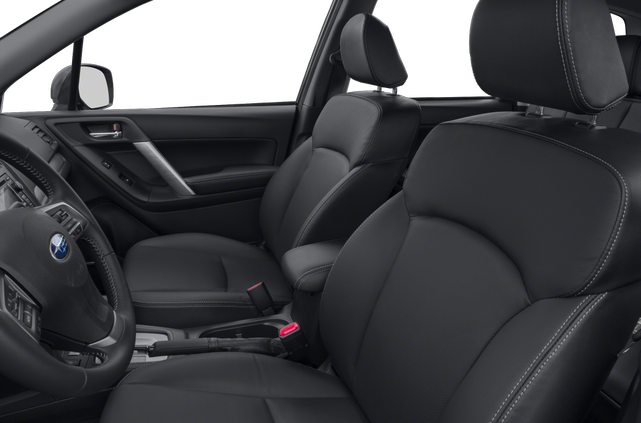 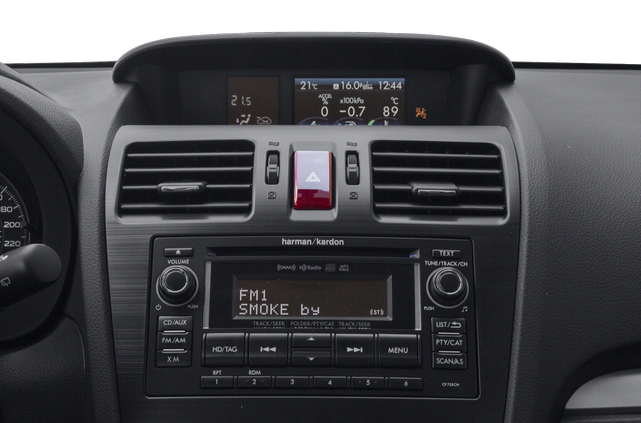 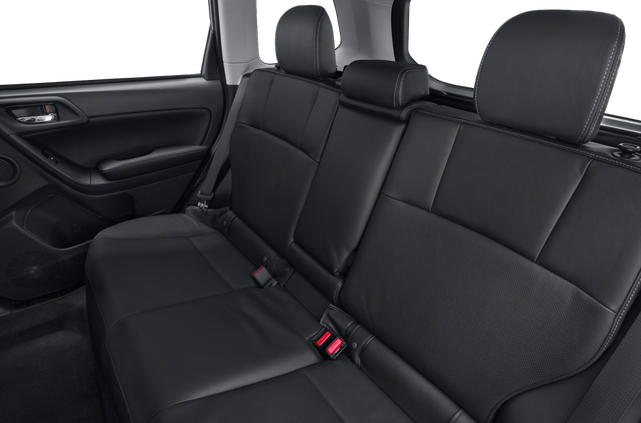 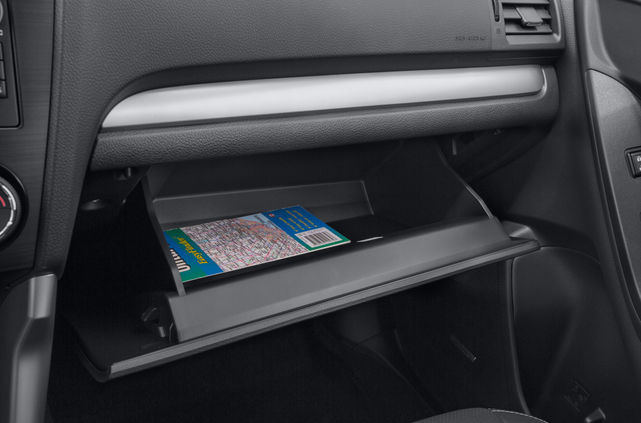 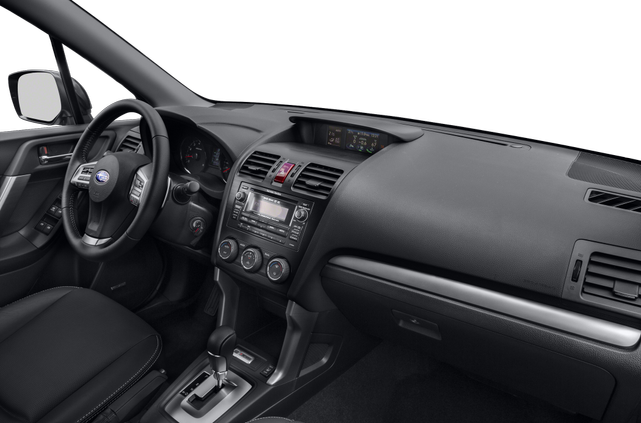 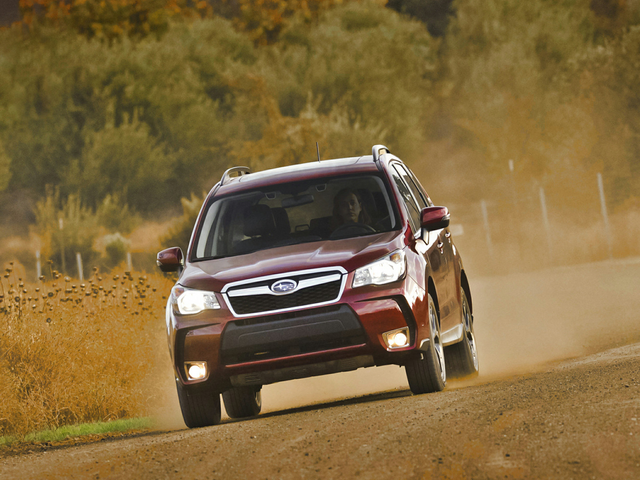 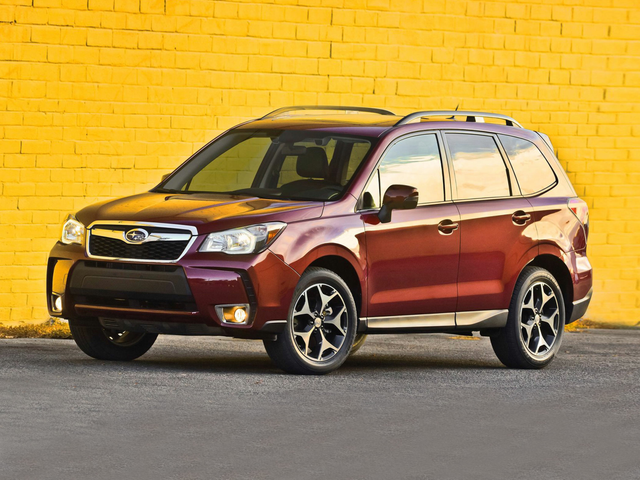 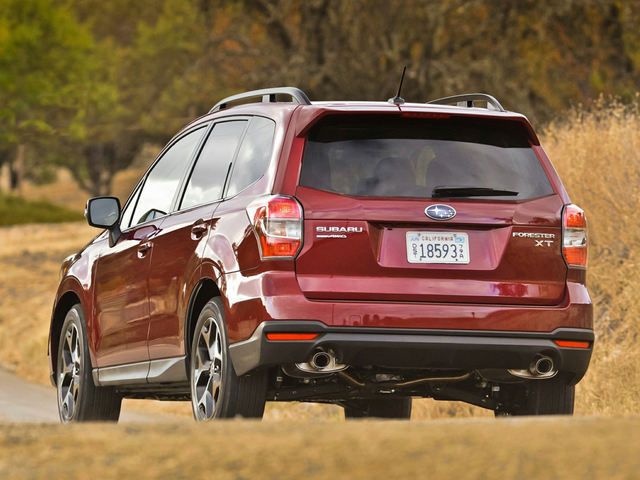 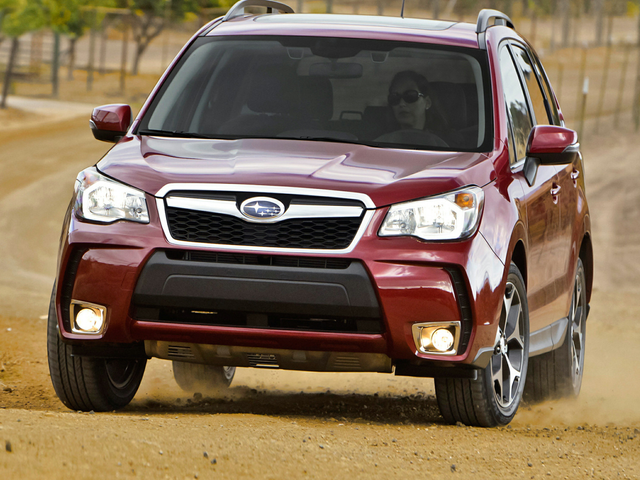 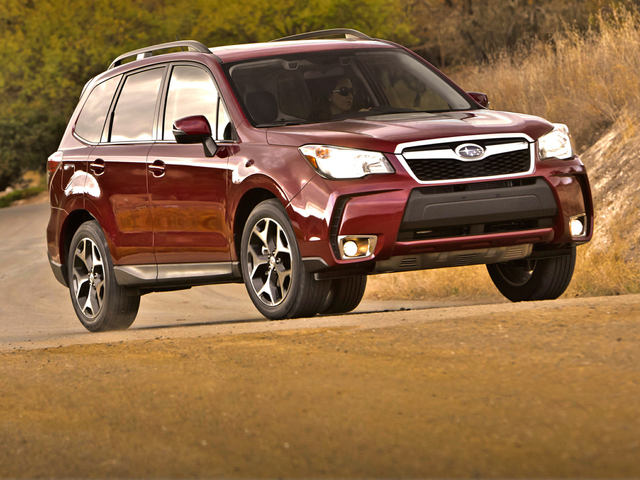 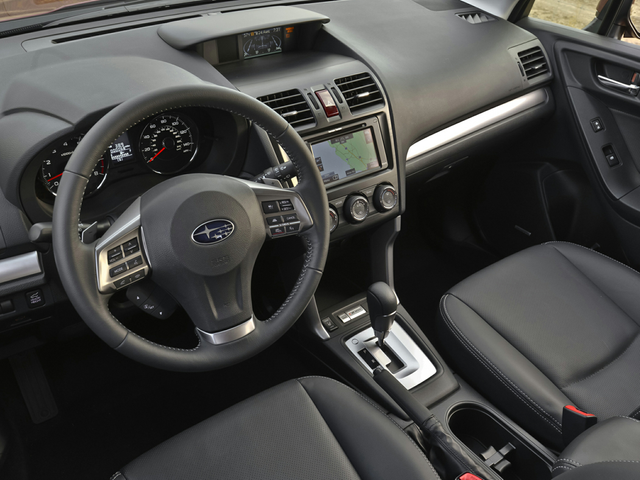 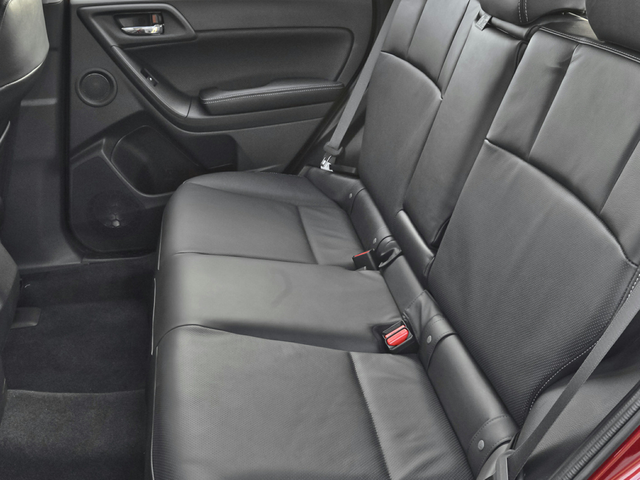