You can count on a few features in this price range: All SUVs were equipped with a backup camera, leather seating, heated front seats, navigation, power liftgate and smart entry system with push-button start. Beyond those staples, we dug into each vehicle’s features to show what $45,000 gets you for the money. 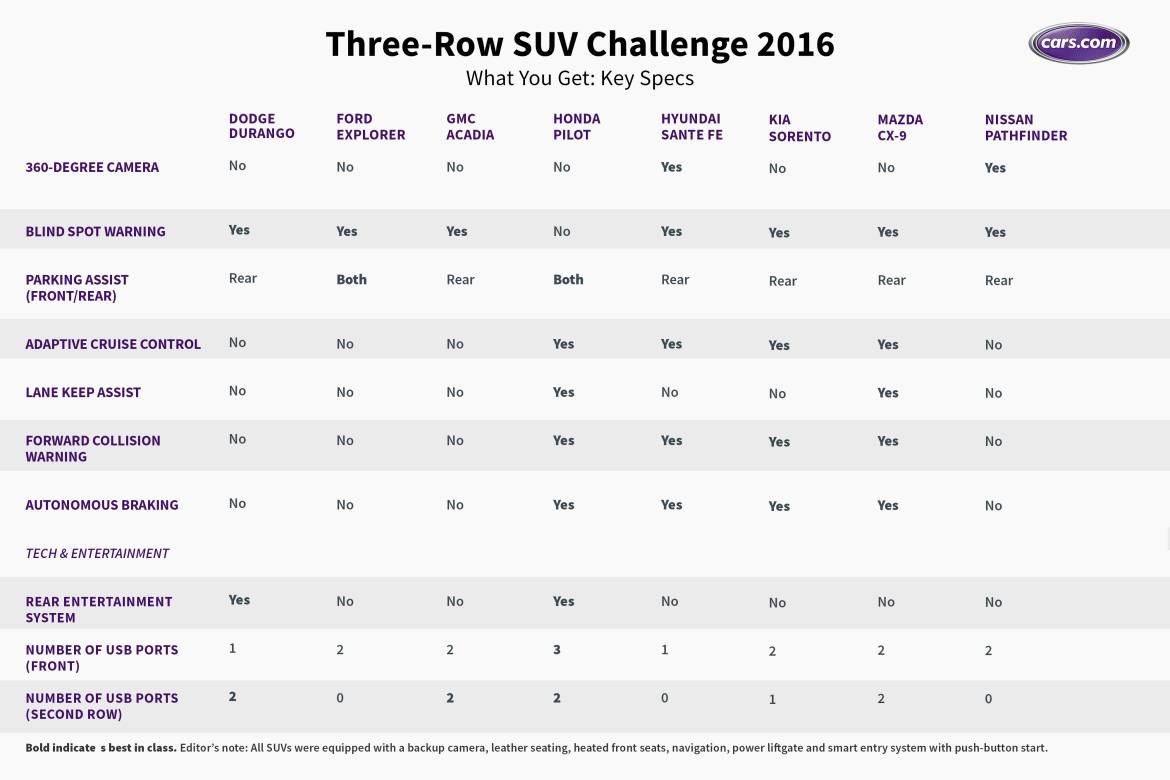 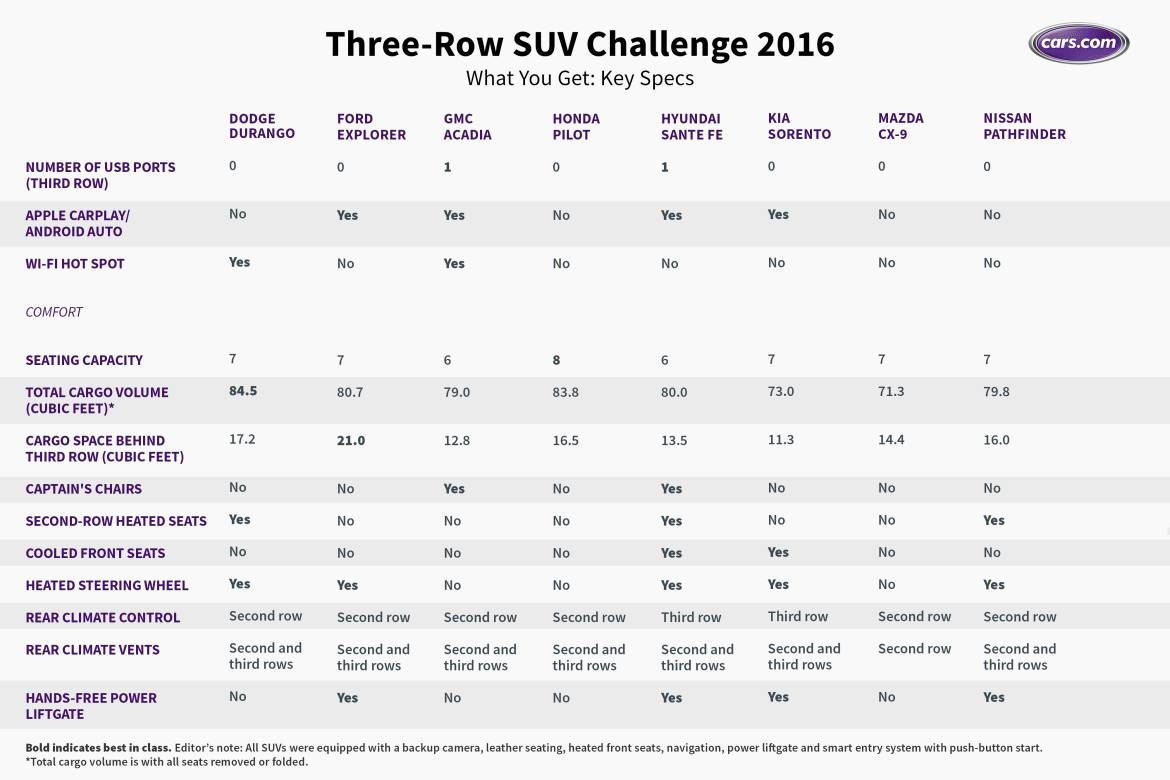 Hands-free power liftgate: Every SUV had a power liftgate, which is old news in this segment. Hands-free access on the Explorer, Santa Fe, Sorento and Pathfinder, however, allows users with a handful of groceries to open the rear liftgate by simply motioning at the rear of the vehicle or standing in the back with the key fob in hand.

Android Auto and Apple CarPlay: Android Auto and Apple CarPlay are the two easiest and most seamless ways to integrate a smartphone into your car, and the Explorer, Acadia, Santa Fe and Sorento camed equipped with both. These integrations mirror many of your phone’s main functions, including phone, text, music and streaming audio apps into the multimedia screens of each SUV.

Multiview backup camera: Like the hands-free power liftgate, there’s a high-tech twist to the traditional standard backup camera in a few of these SUVs: The Santa Fe and Pathfinder create a top-down view of the SUV through a collection of camera lenses placed around the vehicle that provides a 360-degree look around the vehicle for parking and low-speed maneuvers. After using one of these, you don’t want to go back to the old-school single-view backup camera.

Wi-Fi hot spot: In-car wireless internet is still a budding technology that the Durango and Acadia include. Both have a built-in cellular data plan that powers an in-car Wi-Fi hot spot and in-car applications; after a free trial, both are subscription-based services. With the hot spot, multiple devices can be connected to the internet and provide in-car entertainment to tablets and other devices that may not have their own dedicated cellular plan. The difference between the two SUVs is that the Durango uses an older 3G connection while the Acadia has the most current 4G data connection capable of faster speeds.

Lane keep assist: The Pilot and CX-9 both include systems that sense when the SUV is leaving its lane and apply corrective efforts to keep the vehicle in its intended lane. This differs from a lane departure warning system (without lane keep assist) that only notifies the driver of a lane departure and doesn’t course correct.

Most Features for the Money

The Santa Fe Limited Ultimate in our comparison certainly checked a hefty number of boxes at its as-tested price of $43,160. While it didn’t have everything, such as AWD or more than two USB ports, the inclusion of forward collision warning with automatic braking, Apple CarPlay and Android Auto, a 360-degree camera, hands-free power liftgate, captain’s chairs and more put the Santa Fe in serious bargain territory. See how well the Santa Fe performed in Cars.com’s Three-Row SUV Challenge 2016 here.