Our 2016 Mazda CX-9 trim comparison will help you decide.

The verdict: The 2016 Mazda CX-9 is one of the best-driving SUVs I’ve ever experienced. Families are likely to also appreciate the improved interior and added features, like rear USB ports, but a cumbersome multimedia system threatens to end all the fun.

This is a redesign where nobody will have trouble telling the difference between generations. The updated CX-9 has sharper styling, better cabin materials and much-improved gas mileage. The CX-9 is now available in four trim levels: Sport, Touring, Grand Touring and the all-new Signature trim that now tops the lineup.

Compare the 2016 with last year’s model here and with some key competitors — the Honda Pilot, Ford Explorer and Toyota Highlander — here.

The previous generation of the CX-9 was my favorite SUV in this class to drive, but it was missing some crucial safety features and was behind in the technology department. I tested a Signature version of the CX-9 to see if its technology and family-friendliness have caught up to the rest of the class.
Exterior & Styling
The CX-9 is Mazda’s final model to get the Kodo design language, which translates well to this larger application. It’s the most aggressively styled midsize SUV, with a sharp, angular front grille and a sleek roofline that make it stand out.

Eighteen-inch alloy wheels are standard on Sport and Touring models, while 20-inch alloys are standard on the Grand Touring and Signature. LED headlights and taillights are standard on all models. A power liftgate is standard on Touring trims and higher, while the Grand Touring and Signature both feature a standard adaptive front lighting system and LED fog lights.
How It Drives
On the road is where the CX-9 truly excels. The 2016 has improved on the impressive previous generation; it’s one of my favorite SUVs to drive of any size, with superb handling and driving dynamics for a larger vehicle. It lost weight in the redesign, as well, which pays dividends in terms of handling and fuel economy.

The CX-9 ditched its old V-6 in favor of a new, turbocharged 2.5-liter four-cylinder engine. It makes 310 pounds-feet of torque and 250 horsepower with 93-octane gasoline, but the power number drops to 227 hp on regular 87-octane gas. A six-speed automatic is the only transmission. Signature models come with standard all-wheel drive, but all other trims have front-wheel drive standard or all-wheel drive as an $1,800 option.

The risk of putting a four-cylinder (even a turbocharged one) into a car of this size is that it will feel underpowered, but the engine matches the CX-9 well. It’s easy to access power when it’s needed for passing (or for fun), and the transmission is adept at finding the right gear.

Both handling and ride in the CX-9 are excellent. Even on twisty mountain roads with quick direction changes, the CX-9 never missed a step, and the steering always had the appropriate weight and feedback. It’s hard to describe the sensation, but it’s one that’s unique to Mazda. Its cars drive with an attention to detail that’s missing from other automakers.

The move to a smaller engine, along with a weight reduction, means the 2016 CX-9 takes a big leap forward in fuel economy. EPA estimates are 22/28/25 mpg (city/highway/combined) for the front-wheel-drive CX-9 and 21/27/23 mpg with all-wheel drive. Those numbers represent 32 and 28 percent increases, respectively, in combined mpg over the old version.
Interior
The new CX-9’s interior is almost unrecognizable compared with the previous generation. Materials, fit and finish have taken a leap, and the front seats especially are comfortable for long stints. The Signature comes with Nappa leather upholstery and real wood interior trim that give the cabin a classy, expensive feel.

Visibility is also good. Mazda said it lengthened the CX-9’s hood so the driver can see it from the seat, which makes it slightly easier to park head-in. The CX-9 has a high belt line and low roof, which made me worry the cabin might feel slightly claustrophobic, but that wasn’t the case in either the first or second row. Mazda also added an additional 53 pounds of sound insulation to the CX-9, along with a thicker floor pan, which keep the interior quiet even at highway speeds.

Although the first two rows have plenty of room, the third row is pretty tight for adults. It will do in a pinch and fits children fine, but there isn’t much legroom to speak of, and the floor is high, so your knees sit up near your chest.

The CX-9 is also missing some of the interior flexibility its competitors have. A three-passenger bench is the only available second-row seat, while other models in this class offer optional captain’s chairs with a center pass-through. However, the Mazda does have a new feature that will be helpful for families with children in child-safety seats: With a forward-facing safety seat installed on the passenger side of the second row, that seat can still tilt and slide forward to offer third-row access — no need to take the safety seat out to get in the back.

Three-zone automatic climate control comes standard, with separate controls for second-row passengers mounted to the back of the center storage bin. Touring models add an auto-dimming rearview mirror, leather upholstery, and powered and heated front seats. The Grand Touring adds a Bose audio system, navigation and side-window sunshades for the second row.
Ergonomics & Electronics
Although the CX-9’s interior quality has improved vastly its electronics have not — in spite of a newer infotainment system than the previous generation had, called Mazda Connect. The system is found in the latest generation of Mazdas and is standard on all CX-9 trim levels. Inputs can be entered via the standard 7-inch touch-screen or via a knob between the front seats. Touring and higher trims all get a larger 8-inch screen standard.

Mazda Connect is designed to be controlled with the knob. The system does not accept touch-screen inputs while the vehicle is in motion, in order to reduce driver distraction. That’s a good thing, because the screen’s position high atop the dashboard makes it hard to reach from either seat. But the system as a whole is

not intuitive, requiring too many button pushes for simple tasks, like changing the radio station. Given more time with the system, I’d likely learn to navigate the menus more efficiently, but it would remain cumbersome to use. These shortcomings could be mitigated by the presence of smartphone mirroring technology, like Android Auto or Apple CarPlay, but neither is present. Mazda has not indicated that the system could be upgraded with either at a later date.

It’s worth nothing that, within its class, the CX-9 is not alone in having a subpar multimedia experience. Both the Honda Pilot (no volume knob) and Toyota Highlander (strange menus, too many buttons) have their quirks. And the Ford Explorer with MyFord Touch has a weirdly placed touch-screen with a strange lip that makes the bottom third of it difficult to use.

Something I did like on the tech front in the CX-9: charging ports galore. Two USB ports up front and two 12-volt outlets are standard. Touring and higher models add another pair of USB ports in the second row’s flip-down center armrest. These ports charge at 2.1 amps (double the power of those up front), giving them enough juice to keep larger devices, like tablets, charged up.
Cargo & Storage
Cargo volume has dropped for 2016, down to 14.4 cubic feet behind the third row from 17.2 cubic feet last year. Maximum cargo volume is 71.3 cubic feet with both the second and third rows folded, which can happen with relative ease, though no power-folding option is available for either row.

The CX-9’s cargo volume behind the third row is competitive with the Honda Pilot (16.0) and Toyota Highlander (13.8) but lags behind the Explorer (21.0). The Mazda’s maximum cargo volume does not compare well, however, trailing each of these competitors by about 10 cubic feet.
Safety
As of publication, the 2016 CX-9 had not been crash-tested. Once results are available, they will appear here.

The 2015 CX-9’s safety features lagged behind the field, but the redesign remedies this by adding a standard backup camera and many optional driving aids and safety technologies.

The new display shows more details on the windshield than before, including adaptive cruise control information, collision warnings, direction arrows when routing to a destination, and a tachometer (because it’s Mazda). My favorite addition to the display, though, is blind spot warning icons, which supplement the indicator lights that appear on either mirror. One drawback shared with most head-up displays, though, is that if you’re wearing polarized sunglasses, the display can’t really be seen. In some cases, it vanishes entirely, regardless of the brightness setting.

Also noteworthy are two systems Mazda has added that make the CX-9 easier to pilot: lane keep assist and adaptive cruise control. Lane keep assist will gently nudge you back into your lane if the vehicle drifts. Both it and the adaptive cruise control feel much more natural than the very abrupt systems found in some other vehicles — a welcome change.

Click here to see a full list of safety features.
Value in Its Class
The CX-9 starts at $32,420 (including a $900 destination charge) for a base Sport trim. The Touring jumps up to $36,870, while the Grand Touring — which includes lots of safety equipment — is $41,070. The Signature model I tested is a one-box model: It comes with everything Mazda offers on the CX-9 and is priced at $44,915.

The CX-9’s starting price is just above its competition; the Pilot starts at $31,045, the Explorer at $31,995 and the Highlander at $31,390. Pricing at the top end is in a similar range, with the exception of the Explorer, which shoots all the way up to $53,915. But the Explorer does offer a few things the CX-9 does not, including captain’s chairs, massaging front seats, a panoramic moonroof and Ford’s 3.5-liter EcoBoost V-6, which is a fantastic engine. In fact, both the Pilot and Highlander offer captain’s chairs and rear entertainment systems, as well, which are missing on the Mazda.

The 2016 CX-9, however, is the best of the bunch to drive; I’d rather spend a day behind the wheel of the Mazda than any of the others by a good margin. Its fit and finish put it on par with the top of the segment, especially in Signature form. But it is missing a few of the seating options and creature comforts found in its competitors, and its multimedia system is not very intuitive. If those factors are most important to you, you may need to look elsewhere.

Has everything you could want on any SUV, or any vehicle. This SUV was way ahead and has ALL the safety features even some of the 2021 vehicles doesn't have. My 2016 Signature Series is total luxury PLUS it's very comfortable and a smooth ride. Most of all it is the most dependable. Would buy it again, over and over.

Most complete and affordable vehicle.

This car drives very smoothly. The Skyactiv technology is very innovative and ahead of its time. Navigation system works wonderful. The extra cargo space is a top priority for my family and I.

Rating breakdown (out of 5):
5 people out of 6 found this review helpful. Did you?
Show full review
See all 45 consumer reviews 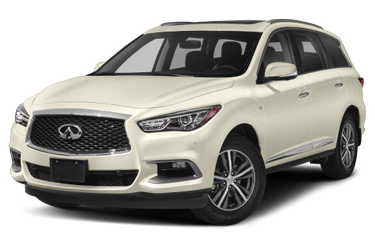 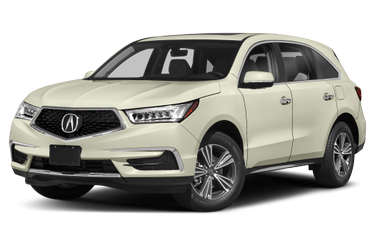 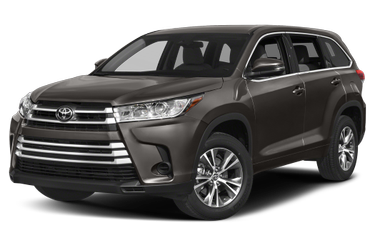 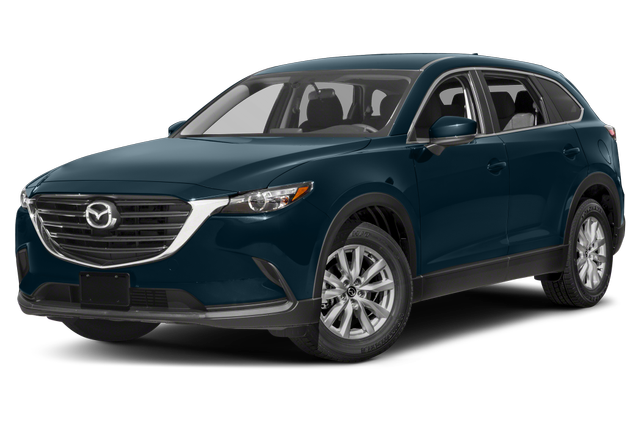 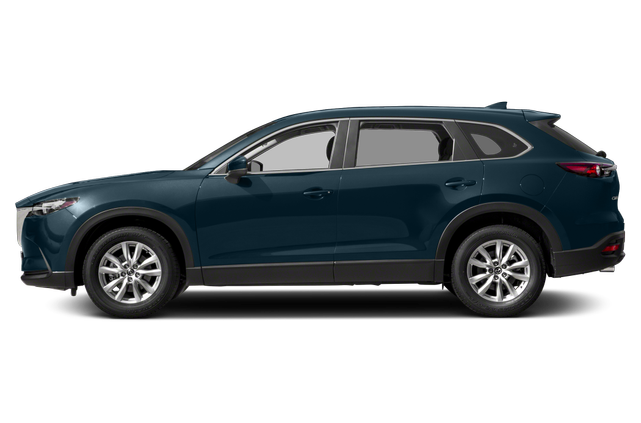 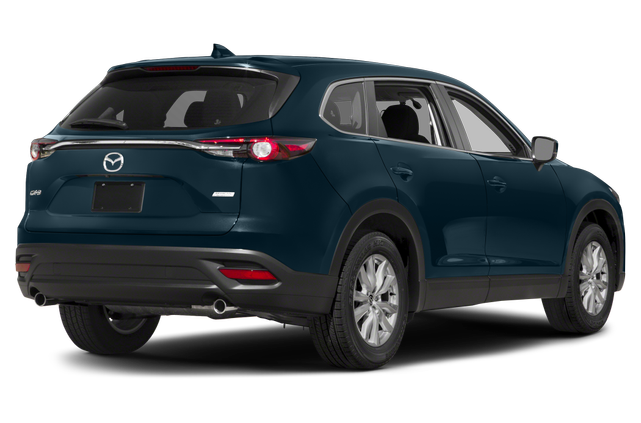 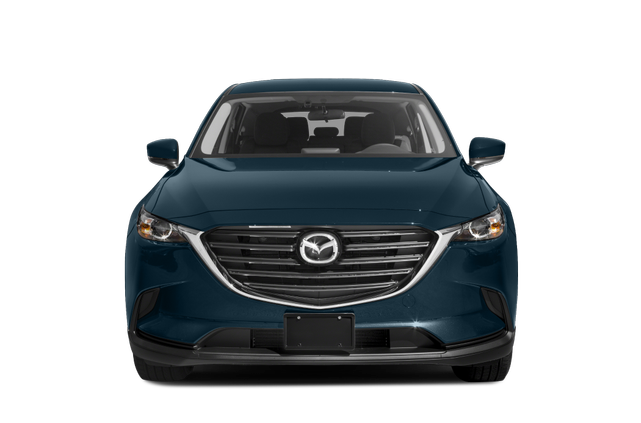 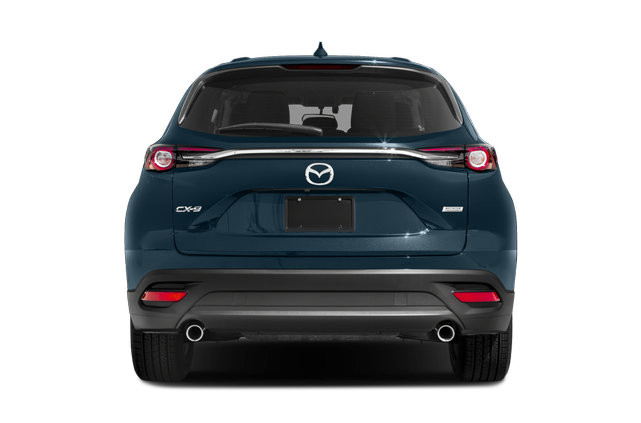 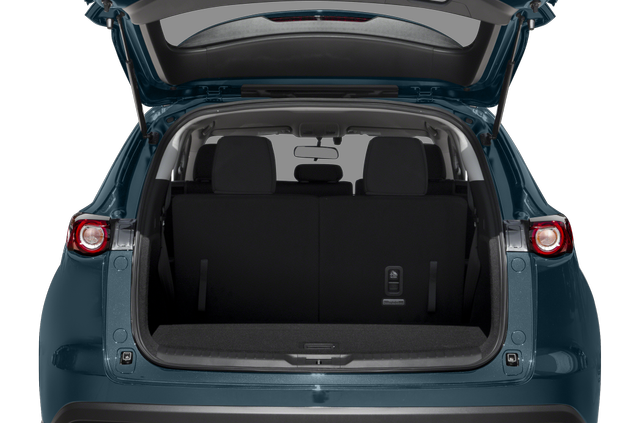 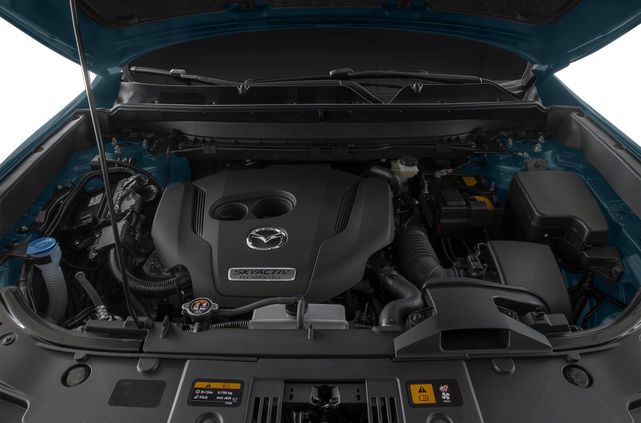 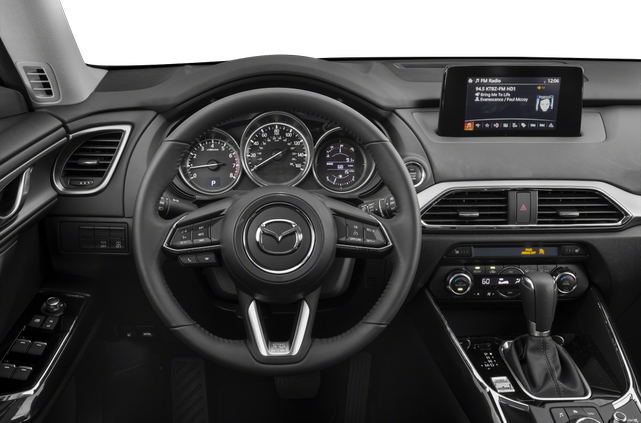 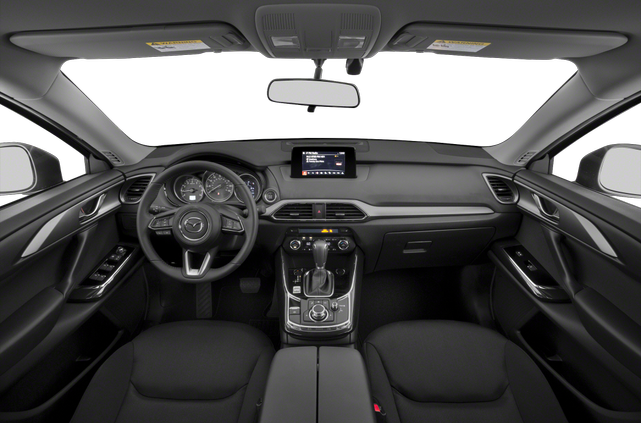 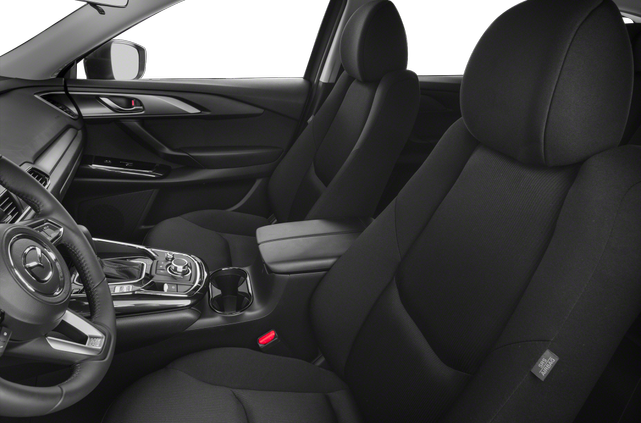 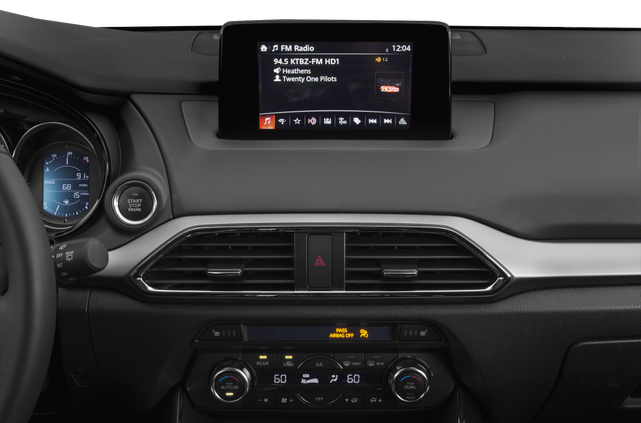 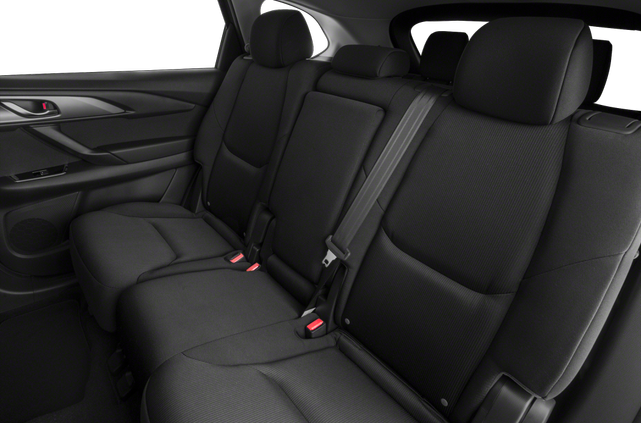 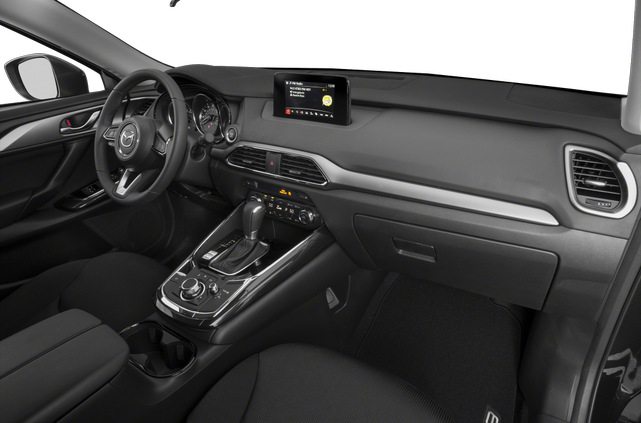 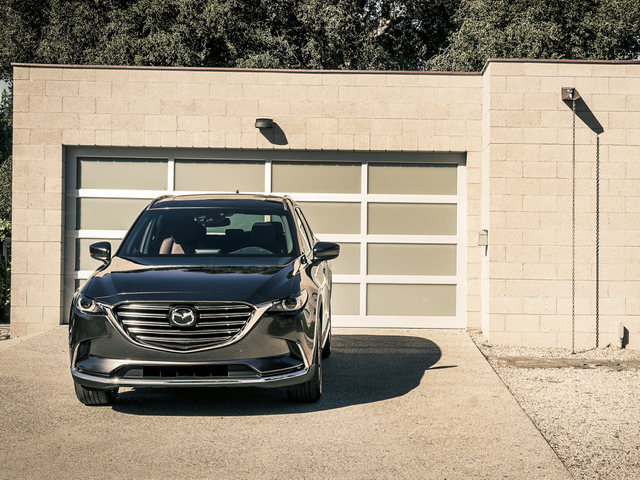 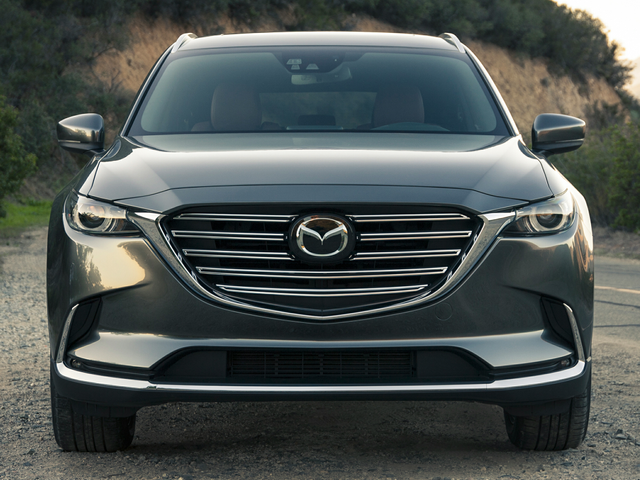 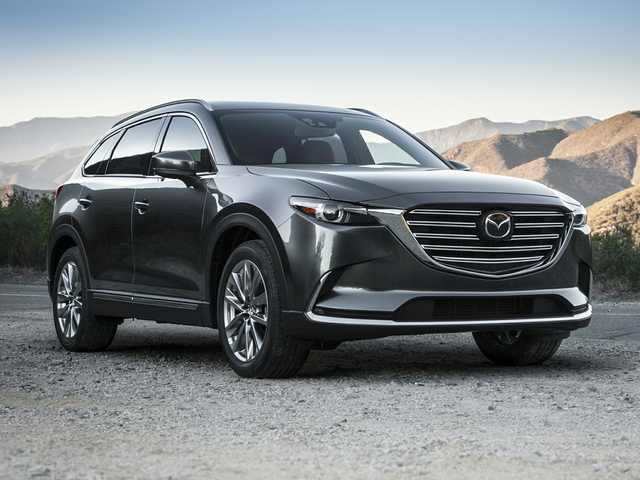 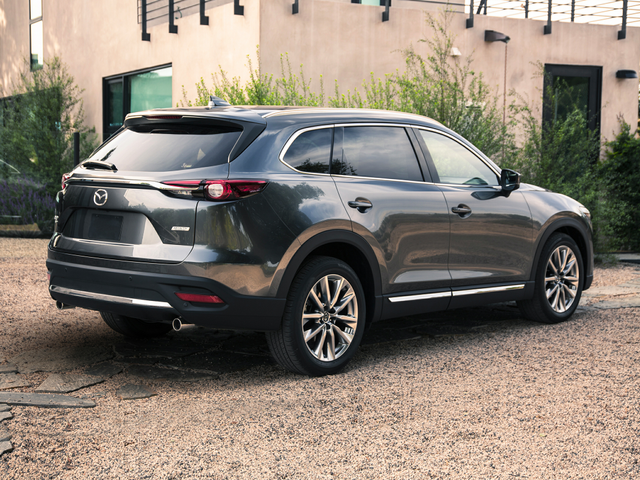 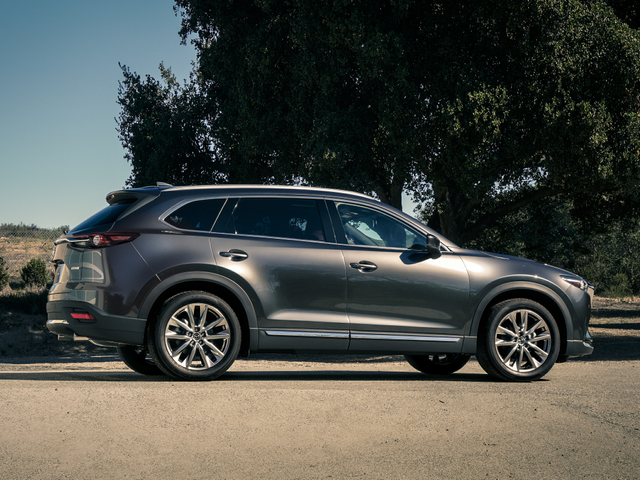 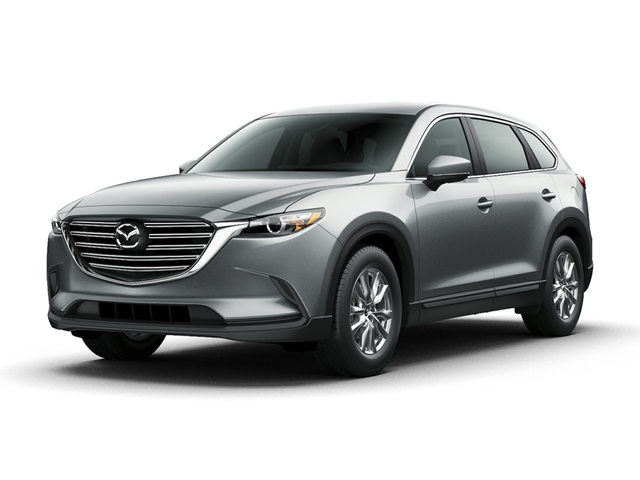 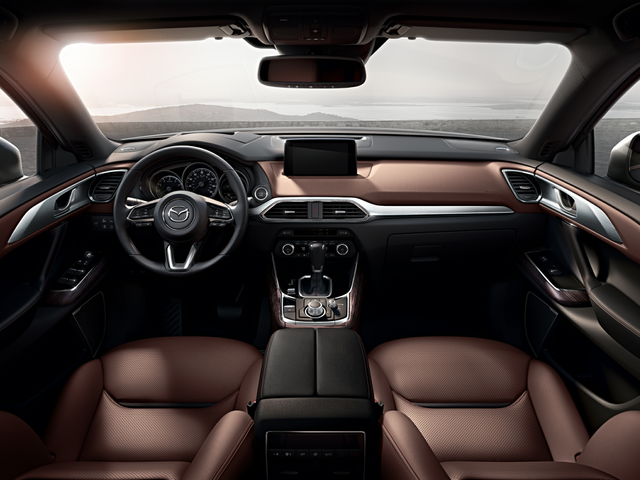 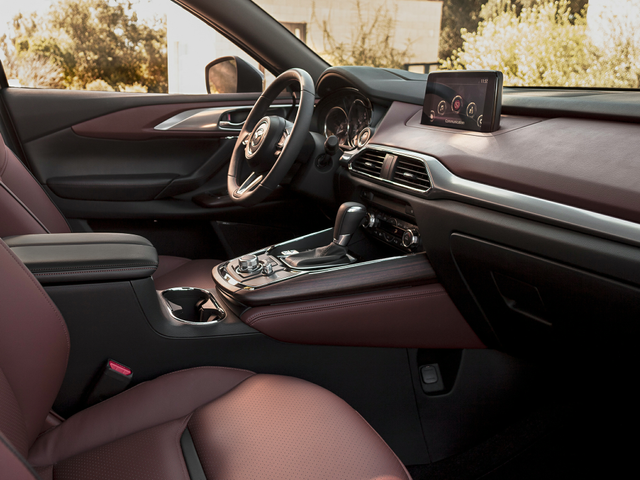