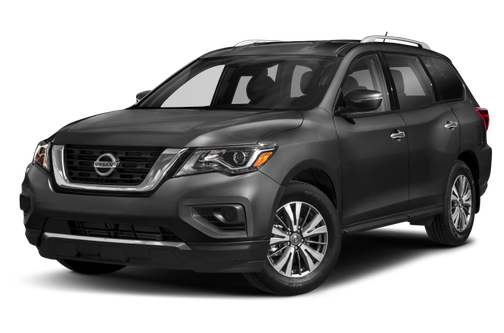 Our 2017 Nissan Pathfinder trim comparison will help you decide.

The verdict: The refreshed 2017 Nissan Pathfinder doesn't do enough to distinguish itself in the competitive three-row SUV class.

Versus the competition: The Pathfinder is one of the roomier three-row SUVs available. Its updated V-6 engine is a strong performer, but a dated interior and overly complex controls are sore spots.

The three-row SUV has become the vehicle of choice for large families, and many models in the class have been redesigned or updated in the past few years. For the 2017 model year, the Nissan Pathfinder gets styling updates, new features and a new direct-injection V-6 engine that makes more power.

The 2017 Pathfinder base price starts at $30,930 (including a $940 destination charge) for a front-wheel-drive S trim level. We tested an uplevel, all-wheel-drive SL trim with an as-tested price of $40,390. The Nissan Pathfinder is available in S, SV, SL and Platinum trim levels, and all trims are available in front-wheel or all-wheel drive. Key competitors include the Ford Explorer, Chevrolet Traverse, Honda Pilot and Hyundai Santa Fe. (See their specs compared here.)

The most noticeable styling changes are clustered up front, where the Nissan Pathfinder gets new bumper styling, new headlights and a restyled grille that adopts a variation of the design on some Nissan cars, like the Maxima. While the design is more intricate and detailed than what was there previously, it’s also similar enough to the prior Pathfinder’s look that the changes could easily go unnoticed by casual observers. In back, the biggest change is a switch to taillights with mostly red housings.

The Nissan Pathfinder is the rare three-row SUV with a continuously variable automatic transmission instead of a step-gear automatic. The CVT uses a belt-and-pulley system in place of conventional gears and doesn’t produce the familiar feel that accompanies the upshifts and downshifts of an automatic.

The transmission is programmed to mimic the feel of gear changes, but the steady engine noise when accelerating is a little different at first. The Nissan Pathfinder’s 284-horsepower, 3.5-liter V-6 minimizes the differences more than four-cylinder engines typically do; acceleration is swift and the CVT quickly responds when passing and merging. Still, other editors didn’t like the groaning sounds from the drivetrain and thought the V-6 would perform even better with a conventional automatic.

The Pathfinder driving experience falls behind its three-row competitors in other ways: Its firm-riding suspension lacks the refinement of the Kia Sorento, GMC Acadia and Dodge Durango and doesn’t provide the sportiness of the Mazda CX-9.

Front-wheel-drive Nissan Pathfinders get an EPA-estimated fuel economy rating of 20/27/23 mpg city/highway/combined; all-wheel drive knocks 1 mpg from each of those fuel economy estimates, and the Platinum AWD model gets 21 mpg in combined driving. We averaged 20.5 mpg over the course of 170 miles on a mix of city streets, country roads and highways, which was a little below the Pathfinder’s combined mpg estimate.

Even though we tested an uplevel SL, its interior design failed to impress. Editors thought the cabin looked dated and despite some higher-grade finishes, like cream-colored leather upholstery, many surfaces and materials — like the interior color painted plastic on the dashboard — are too low-rent for a $40,000-plus SUV.

The top-of-the-line seats in this Nissan are noticeably cushier than what you’ll find in other three-row SUVs; wide front-seat cushions and a relative lack of side bolstering enhance the easy-chair feel. The cushions of the 60/40-split second-row bench seat are similarly soft, and the seat slides forward and backward and reclines. It’s very comfortable.

The second-row bench incorporates a unique walk-in feature for easier third-row access. Lifting a lever slides the seat forward and also flips up the seat cushion against the backrest. This collapsed position lets the seat move closer to the back of the front seats, leaving a wider opening to get in and out of the third row.

After you experience the Nissan Pathfinder’s multimedia system, you get the feeling Nissan couldn’t decide how the driver should use it. There are many ways to accomplish various tasks, and the result is an unwieldy arrangement of buttons and knobs in the middle of the dashboard. Simpler layouts with fewer buttons, like the Kia Sorento’s touchscreen interface, are easier to use.

With all three rows of seats in place, the Nissan Pathfinder has 16 cubic feet of cargo room. There’s 47.8 cubic feet with the third row folded and a maximum of 79.8 cubic feet when the second and third rows are down. There’s also an oversized glove box for additional storage. A hands-free power liftgate is now available and can be activated by waving your foot under the rear bumper.

The Pathfinder’s 6,000-pound maximum towing capacity is 1,000 pounds greater for 2017 thanks to drivetrain updates and reinforcements near the trailer hitch receiver. Its rating is 1,000 pounds more than most competitors’ but falls short of the Durango’s 7,400-pound rating when equipped with rear-wheel drive and a V-8 engine.

The Insurance Institute for Highway Safety gave the Nissan Pathfinder its highest rating — good — in each of its various crash tests, and the SUV received the National Highway Traffic Safety Administration’s highest five-star overall rating. Forward automatic emergency braking is a new option for 2017 and is included on Platinum models. The system received IIHS’ highest rating: superior.

A backup camera is standard, and SL and higher trims have Nissan’s 360-degree camera system that can show a bird’s-eye view of the SUV’s surroundings. This feature is not standard on the S or SV. The camera images look a little blurry on the dashboard screen, but the system was a big hit with editors, who liked the extra measure of safety when entering and leaving parking spaces. Other available active safety features include adaptive cruise control and a blind spot warning system with rear cross-traffic alert.

Nissan’s updates to the Pathfinder follow a familiar formula in the auto industry: Tweak the styling and add some features to keep the model fresh in shoppers’ minds. The automaker went even further than the mid-cycle update norm by giving the SUV a significantly revised V-6 engine, along with other changes.

Even with these changes, however, it doesn’t feel like Nissan did enough; apart from the Pathfinder’s relatively spacious seating and cargo areas, the SUV feels a step behind the competition in other key areas.

August 13, 2022
By nicole lopez from garland
Used to own this car

went to the dealership looking for a family car this car was traded and used but it runs good saves gas very dependable. runs smooth for a used car.

Not as we expected

Nice looking car. Bought it used. Less than 40 miles. After few months we were stranded because it wouldnt start. Needed computer system reprogrammed. After few more months, again wouldnt start. Needed a sensor replaced. AC didnt work and needed repairs also. Thank god we had purchased the extended warranty which covered everything. No problems since. Nice car when it runs.

i purchased mine a few months ago and I love it so far. Great bang for your buck and best car I’ve owned. It has a lot of space and you can barley hear the people in the very back so it’s awesome.

Rating breakdown (out of 5):
5 people out of 5 found this review helpful. Did you?
Show full review
See all 155 consumer reviews 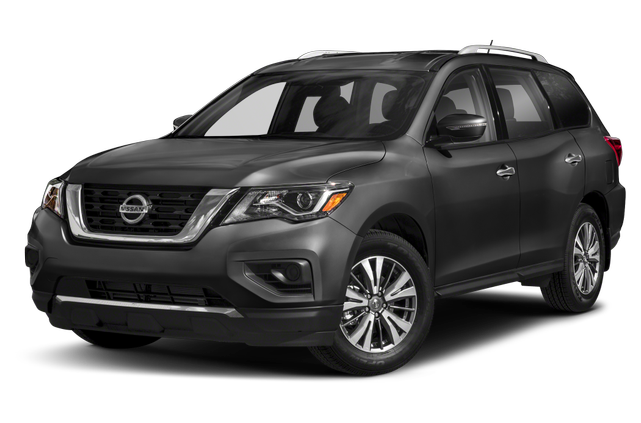 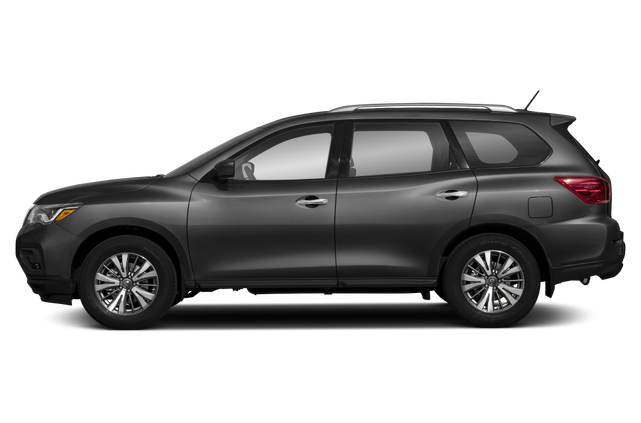 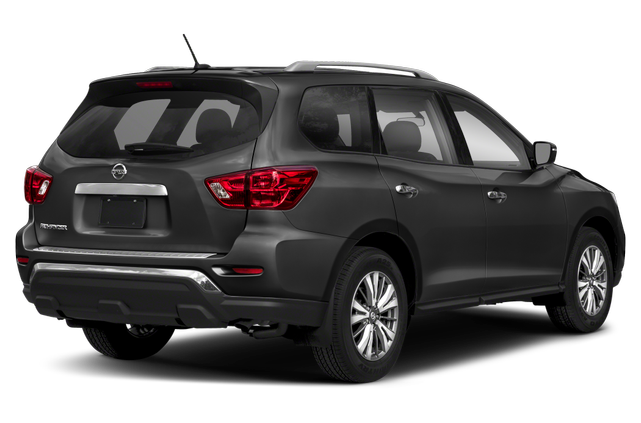 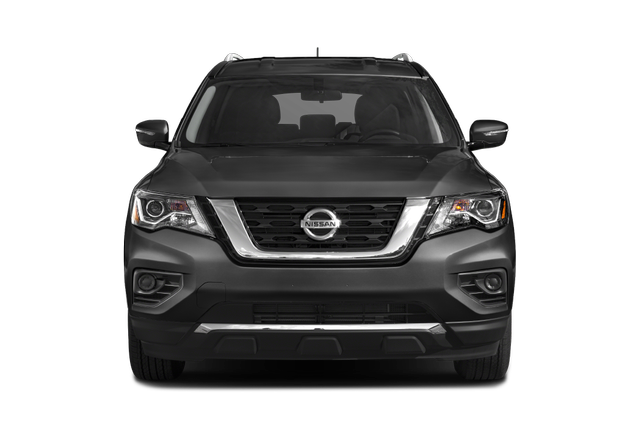 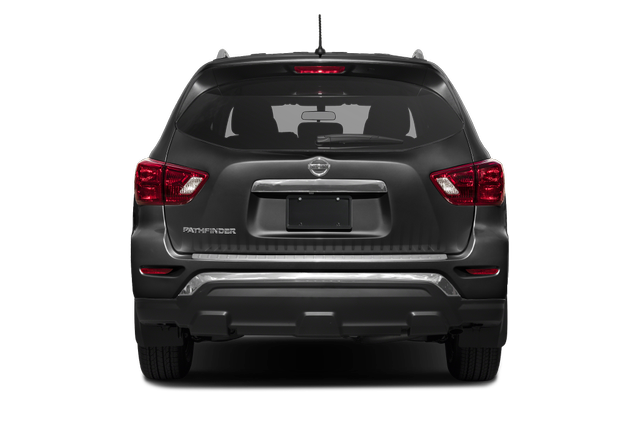 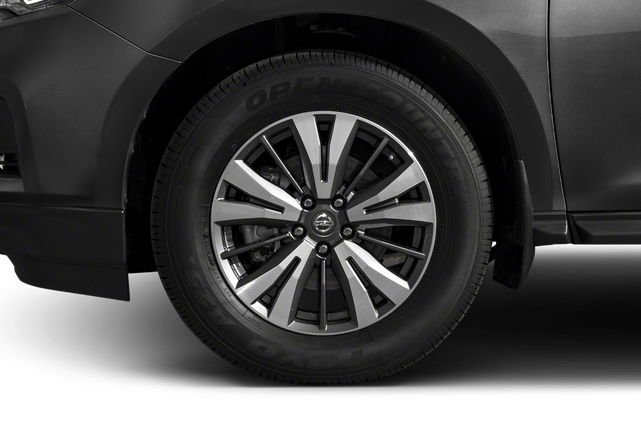 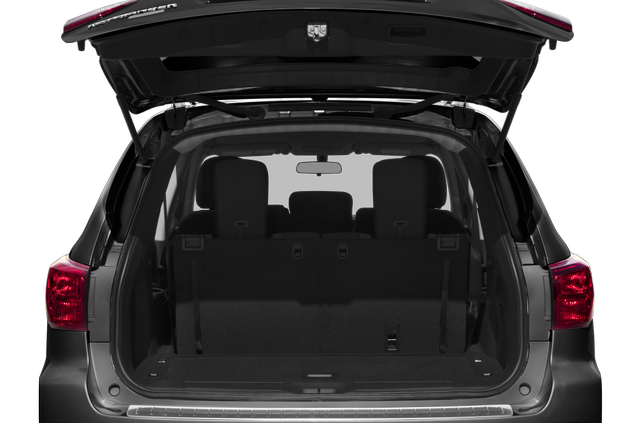 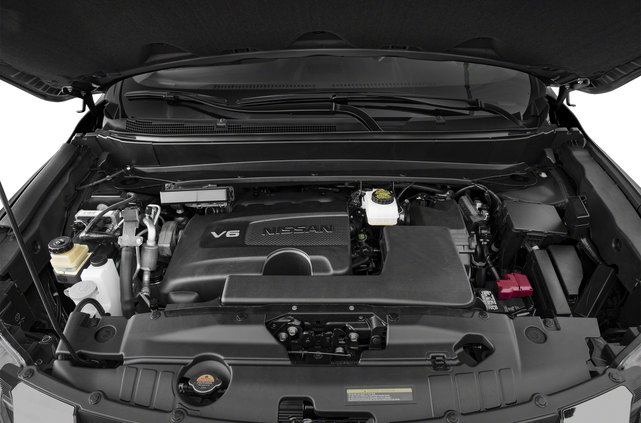 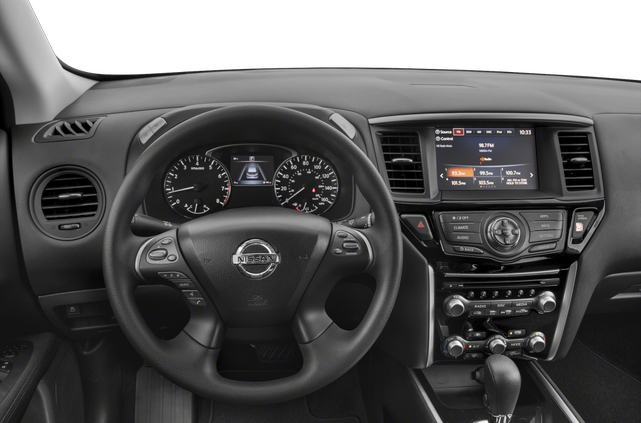 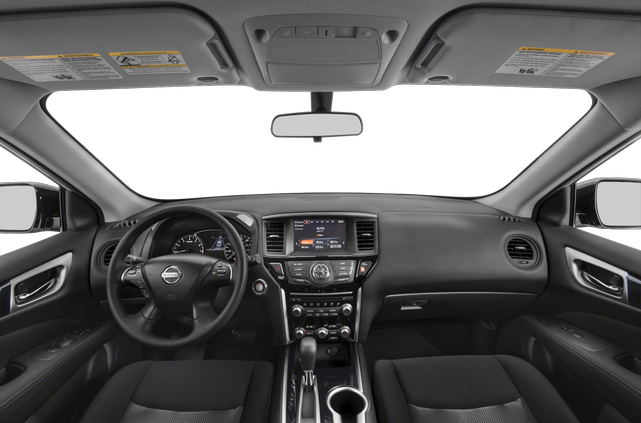 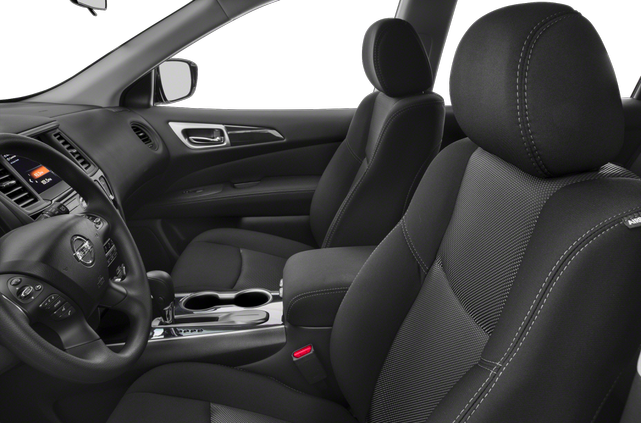 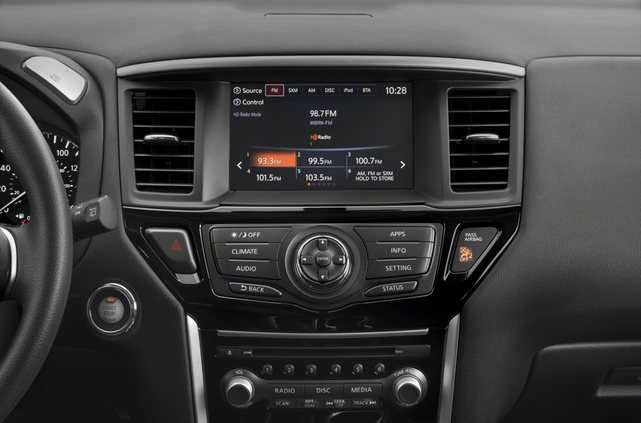 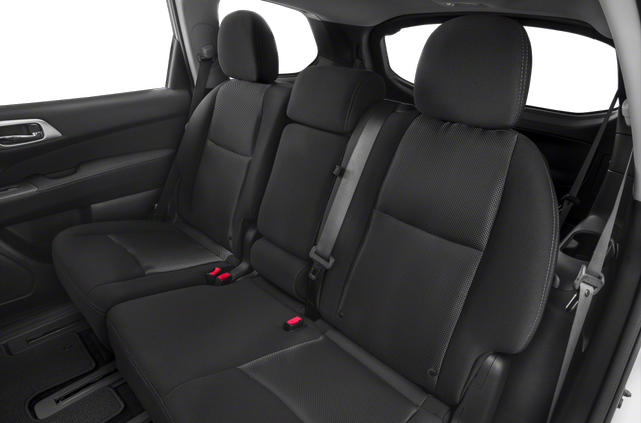 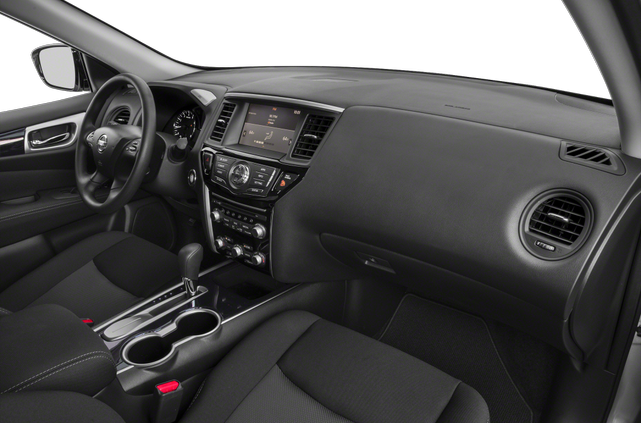 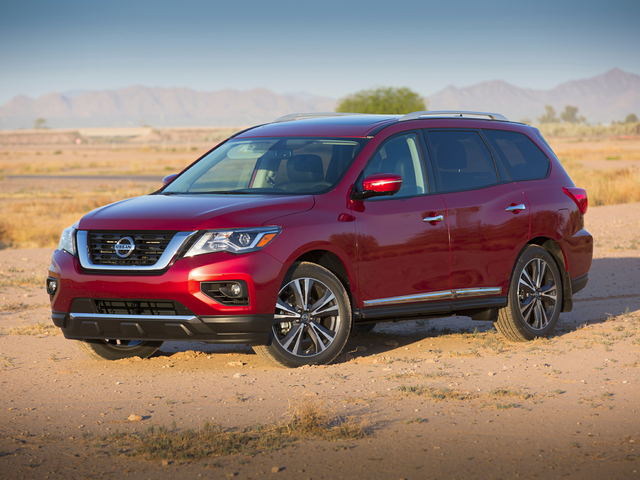 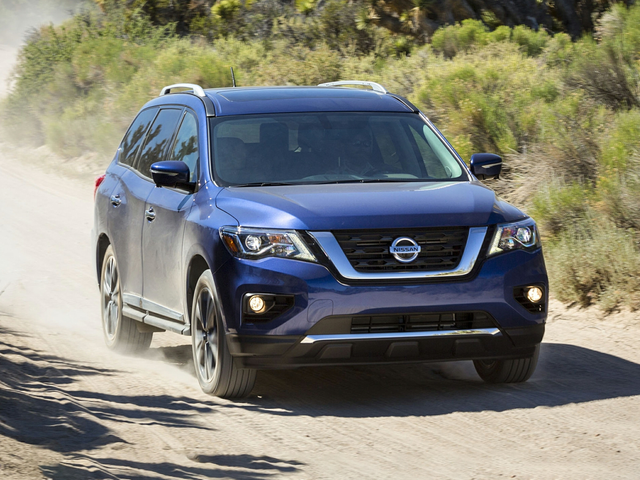 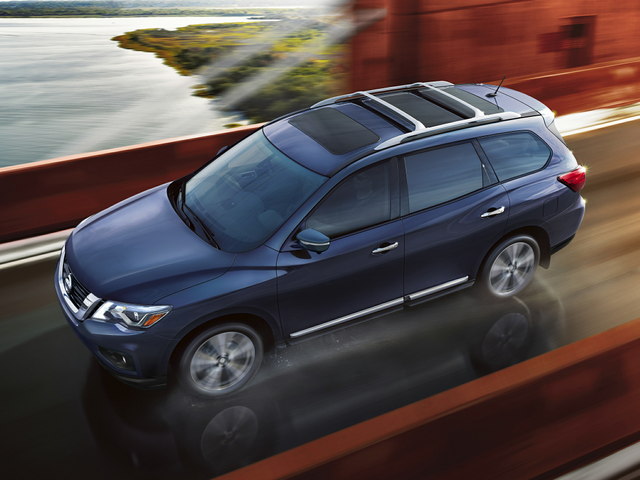 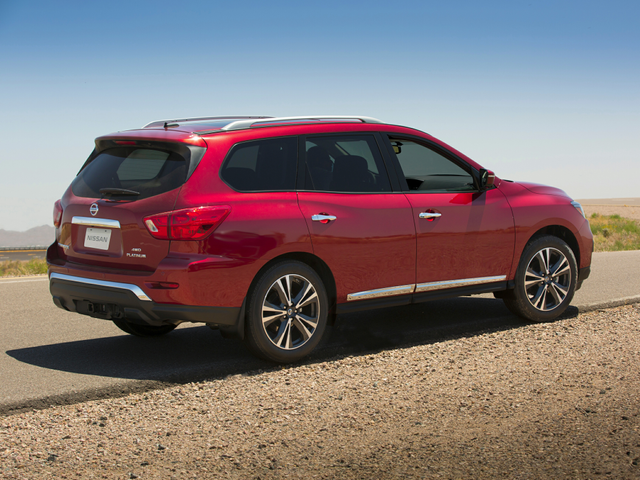 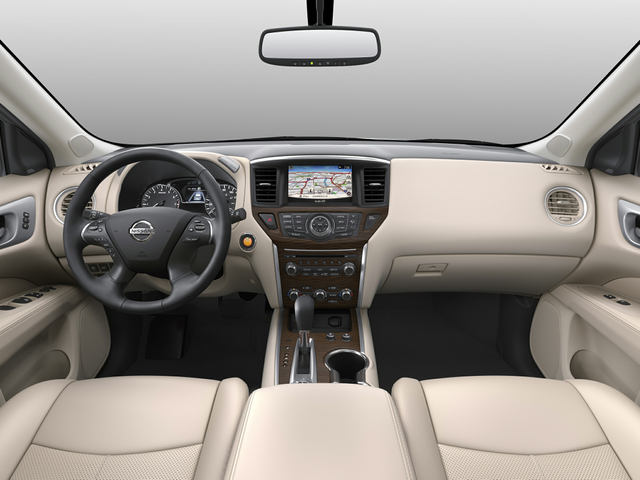 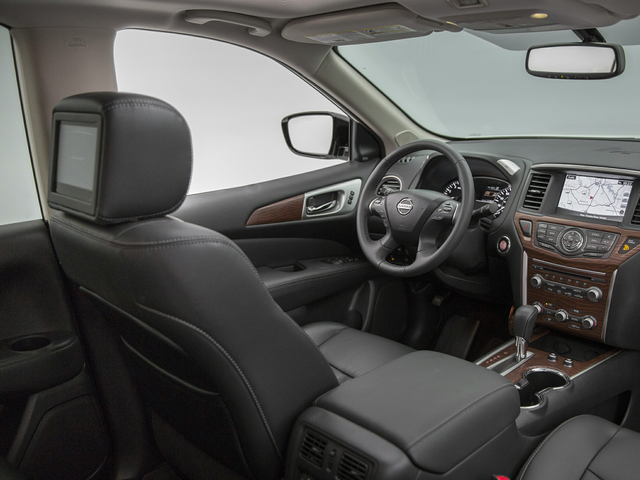