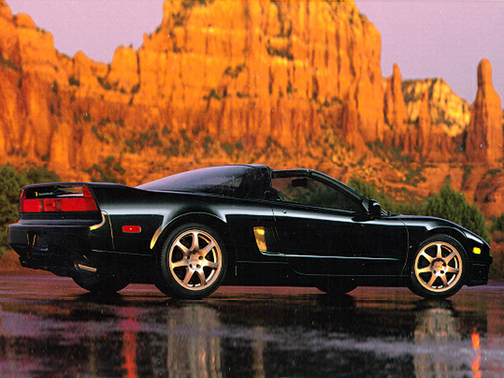 Our 1994 Acura NSX trim comparison will help you decide.

After you slip the behind the wheel of the Acura NSX, settle into the firm leather bucket seat, fire up the engine and accelerate like a bullet, you wonder why this car isn’t the best-selling exotic sports car ever made.

Based on its price, looks, handling and performance, I can think of no reason why it shouldn’t be.

Exotic cars, whatever their make, have a reputation for being temperamental. But the NSX’s engineering is first-rate, and the car’s quality is as flawless as any other expensive Japanese car. Its performance is stunning, and its looks are eye-catching, to say the least.

When officials from Acura, the luxury car division of Honda, drew up the plans for the two-seater NSX, they knew that the market for $70,000 sports cars would be limited to probably no more than a few thousand per year.

I can only proffer one possible theory as to why the NSX has sold poorly: It’s because the car isn’t European.

Unlike Ferrari, Lotus or some other European supercar, there is no aura around the NSX – no rich racing history, no legendary entries in the annals of automotive history. In short, the car has no real heritage.

That may sound trivial to the casual observer, but a rich heritage borne out of racing or the charismatic exploits of a visionary such as the late Colin Chapman of Lotus or Enzo Ferrari has traditionally been vital to the success of limited production, super-expensive exotic cars.

Buyers of exotic cars also want the image and the history, not just the car. That’s a shame, because I feel that the NSX is the most civilized exotic car ever made.

That alone should be enough to earn the NSX the recognition it deserves. Who knows, maybe someday the NSX will have a proud heritage of its own.

Despite poor sales, Honda is going to give the car another chance. Company spokesman Mike Ackerman in New York said Honda is committed to the car and will not stop building it.

In fact, the 1995 model, due out in January, will be improved, he said. For the first time, the NSX will be available with a removable targa top, and that might be what the car needs to catch on in the marketplace.

The NSX has the meanest-sounding six-cylinder engine I have ever set ears on.

Nestled sideways behind the NSX’s seats beats a lion’s heart of a power plant. The engine – an aluminum 3.0-liter, 270-horsepower, double overhead cam V-6 with 24 valves – doesn’t run with the usual sewing machinelike Honda smoothness. It idles with just a slight hint of impatience, and it shakes the car just enough to let you know that there is abundant power available under your right foot.

Honda has eq uipped the NSX engine with its novel VTEC system, an electronic gizmo that automatically adjusts the engine’s intake and exhaust valves for maximum performance and efficiency.

I have to admit that at first I was a bit disappointed in the NSX. For a car capable of reaching 60 mph in about 5 seconds, the NSX seems moderately tame at first.

It seemed to lack the soul and charisma of an exotic car. And it really didn’t make me feel special – not the way an exotic sports car should.

But my perception began to change when I got out of city traffic. The power comes on when the engine reaches about 4,500 rpm.

As the engine revs higher, the howl from the chrome-tipped dual exhaust pipes begin to turn to a deep growl, and the car comes alive.

During a 210-mile trip over some fairly deserted roads in Volusia and Flagler counties, I had a chance to test the NSX’s mettle.

The faster you drive, the better the car feels. The higher the speed, the more the car impresse you. In a way, it ”talks” to you and makes you feel good.

The NSX easily can hit 65 mph in second gear. Third will take you into triple-digit speeds. Fourth and fifth are for cruising.

Our test car came outfitted with easy-shifting five-speed manual gearbox. Changing gears takes little more than a flick of the wrist. The short-throw shifter, a stubby leather appendage, is planted in the middle of a stylish console, less than half-arm’s length away.

The NSX’s lightweight aluminum body is the major reason the car performs so well with just a six-cylinder engine – other exotics sport V-8s and V-12s. Honda says the NSX’s body weighs about 40 percent less than it would if it were made of steel.

The NSX’s low weight of just 3,020 pounds enhances not only performance, but fuel mileage, too. On the road I logged 26 mpg. In city driving the NSX used premium unleaded at the rate of 21 mpg.

The suspension system does not have much travel. The wheels do not go up and down very far before reaching their limit. However, the NSX’s ride is amazingly comfortable and civilized.

It does a better job of isolating incongruities in the road than the Porsche 911 and Dodge Viper, two other expensive sports cars I tested recently.

The stiff suspension ensures that the body stays straight no matter how fast and hard you take a corner. Underneath, the NSX is outfitted with a four-wheel independent suspension system that uses double wishbones front and rear and race-proven gas-charged shocks.

When equipped with the manual transmission, the NSX does not come with power-assisted steering. However, when the NSX is ordered with the optional four-speed automatic transmission, an electrically operated power steering system is standard.

Even without power steering, our test car proved easy to steer. The rack-and-pinion steering offered excellent response and a tight, crisp feel.

The NSX has huge disc brakes ateach corner. They are progressive, meaning that lightly touching the pedal doesn’t make them grab very strongly – unlike the brakes on, say, a BMW M3. But a firm application of the pedal reveals that the NSX has industrial strength brakes.

The makeup and layout of the interior is one reason I feel the NSX lacks a bit of personality and style. A special car needs some distinctive touches to complete the package. The NSX has none.

The rather plain white-on-black analog gauges, the switches, controls and design of the dash are not that far removed from what you get in imported sedans.

For instance, the steering wheel has big A-C-U-R-A letters embossed in the center. On many exotic European cars, you’ll find some regal crest – a lion, a coat of arms or something. The Chevy Corvette and Dodge Viper even have their own unique logos, which make the cars feel a bit more exclusive. Surely Acura could have come up with an individualized logo f or the NSX and found other cosmetic ways to make it more unique.

That said, the leather-covered bucket seat are fabulous. They squeeze your torso snugly and provide excellent support and comfort.

The center of the dash slopes forward away from the driver in fairly standard fashion, and the controls for the radio and air conditioner are large and easy to operate. The light switch and cruise control buttons are mounted near the steering wheel for easy reach.

Interior storage room is a sore point. The center console is very shallow, and it won’t hold anything much larger than a wallet.

However, trunk room is respectable for a sports car. It’s fairly large, though not too deep. You won’t be able to squeeze in groceries, but it will hold flat packages.

Forward visibility is the one area where the NSX has no equal. The windshield is huge, and the A-pillars are thin, meaning that you have little orno visual interference from the windshield frame.

An associate of mine discovered something dreadful when checking her makeup: the passenger side vanity mirror is hideously cheap and flimsy . Chintzy is the word she used. It is very small and unlighted, and the mirror’s vinyl cover looks like it could be easily torn off.

But I didn’t find much to not like on the NSX. In all, it’s a super sports car that is a thrill to drive.

This car without a doubt was the best automobile I've ever owned. I bought it 20 years ago and drove it nearly daily. Being an Acura/Honda I never really had any problems with it in all that time. Fast, sticks to the pavement like glue and the view from the drivers seat is like being in a jet. Just a fantastic automobile as anyone who has ever owned one will probably say also.

Best car I've ever owned. I've owned porche, bmw but none compared. its an acura/honda... besides styling that was my #2 buying reason. I've never had to do anything to this car but regular maintenance. I've now owned it for 13 years and people still stop me and tell me what a beautiful car it is. Red with Tan Interior. Its only 6 cylinder but fast as heck if I need it to be. Not fast as in drag racer fast but... on the road if I step on it the mph just keeps climbing and with no dips along the way. during gear shifts .. upto 160mph fast Gas mileage around town has been 22-23mpg usually (the honda part of the car <g>). Best part is a 1992 looks the same as a 1994 looks the same as a 2004. for almost all appearances. Great Car, Great Fun.

March 31, 2010
By yowza from Mississippi
Owns this car

Reliable, quick, light, super handling and looks that still catch the eye. What great machines Honda created starting 19 years ago. What more can you say about a true classic sports car 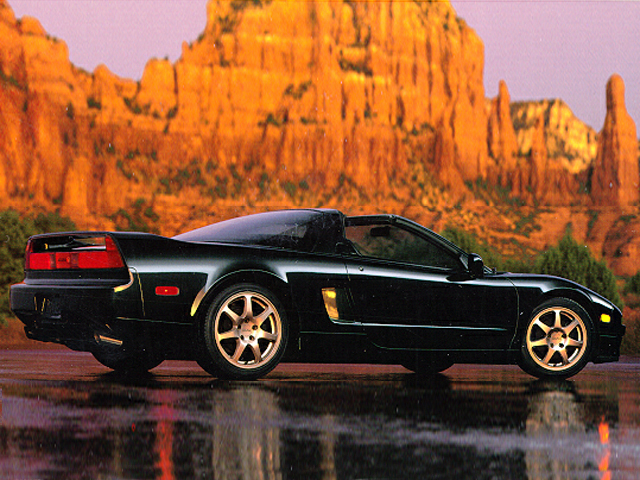