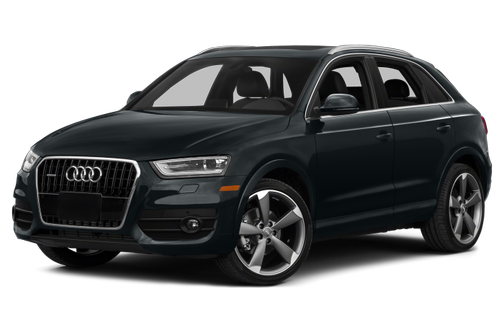 Our 2015 Audi Q3 trim comparison will help you decide.

The 2015 Audi Q3 looks like an Audi, drives like an Audi and has the real-deal Audi experience on the inside — and drinks gas more like its larger Audi brethren.

The 2015 Audi Q3 is an all-new compact SUV slotted below Audi’s best-selling model, the Q5 SUV, as well as the seven-seat Q7. Audi isn’t alone in offering a new level of affordability; BMW has its BMW X1, Mercedes-Benz has the new GLA-Class, and near the same price is the larger Acura RDX. You can compare all those with the Q3 here. While the small Q3’s entry-level price of $33,425, including destination, is inexpensive, that doesn’t mean it’s cheap.

The Q3 comes in two flavors: the base Premium Plus and a Q3 with the higher-optioned Prestige Package. Both share the same 200-horsepower, turbocharged 2.0-liter four-cylinder engine and six-speed automatic transmission powertrain, as well as standard front-wheel drive and available all-wheel drive (quattro).

Exterior & Styling
The Q3’s proportions are spot on, giving the small SUV an athletic, toned stance. BMW’s X1 didn’t shrink with the same proportions as its larger BMW X3 counterpart, so the X1 looks like a high-top gym shoe with its long hood and tall cabin. The Q3 better survived the downsizing process, taking the Q5’s and Q7’s basic shapes and trimming the extra fat for a lean, mean, micro machine.

Bumper-to-bumper, the Audi Q3 is 10 inches shorter than the Q5, 2.6 inches narrower, and its height is down 2.6 inches. Compare the Q3 with the Q5 here. The Q3 has a considerably more compact exterior than Audi’s other SUVs, and once I was familiar with the proportions, the car practically slid into any size parking space. A backup camera would have made the task easier, but I’ll get to that later.

How It Drives
The Q3 proves size isn’t relative to quality in many ways, including the driving experience. Sure, it’s the smallest and least-expensive SUV in Audi’s lineup, but it doesn’t drive like a cheap SUV. The Q3’s sophisticated ride quality is reminiscent of the more-expensive Q5 and Q7 SUVs, with a balanced blend of sporty responsiveness and controlled movements over rough roads. Think sporty, not sports car. The Q3’s tight and nimble chassis makes it a fantastic small SUV for darting around a crowded city. BMW’s X1 with the M Sport Package has the fun factor nailed, but not so much the everyday drivability, given its harsh ride quality. That perspective was echoed by Cars.com reviewer Kelsey Mays when comparing the Q3 with the Mercedes GLA-Class.

Our all-wheel-drive quattro Q3 test car tipped the scales at a surprisingly heavy 3,682 pounds — 188 pounds heavier than a front-wheel-drive Audi Q3. I expected the extremely well-mannered and quiet turbocharged engine to offer punchier acceleration given the exterior’s diminutive size, and that lack of reward when the accelerator goes down makes the Q3’s premium fuel requirement harder to swallow. BMW’s X1 with the base 240-hp, turbocharged 2.0-liter four-cylinder is a hot rod in comparison, doing zero to 60 mph in 6.2 seconds with rear-wheel drive, according to BMW. Audi says a front-wheel-drive Q3 does the deed in 7.8 seconds.

Choosing Audi’s all-wheel drive is perhaps the easiest decision with which a Q3 buyer is faced. A heavy rainstorm produced nearly instant standing water, but it didn’t even register as a blip on the Q3’s radar, which continued to motor on like the roads were dry. I even tried to upset the handling by punching the accelerator mid-corner and the car didn’t flinch or give any other indication it wasn’t on a perfectly dry road. Plus, all-wheel drive hardly affects fuel economy, which drops only 1 mpg in the city, going from 20/29/23 mpg city/highway/combined to 20/28/23 mpg.

Fuel economy is one of the few areas where the Q3 doesn’t rank as high as its competitors, given the X1 and GLA’s 30-plus mpg on the highway for all-wheel-drive models. Even the V-6-powered Acura RDX with all-wheel drive, at 19/27/22 mpg, is just 1 mpg combined below the Q3’s ratings. I’d expected a big improvement compared with the larger Q5, and that’s just not the case: All-wheel-drive Q3s and Q5s have identical fuel economy.

Interior
Other downsized entry-level luxury SUVs and cars sacrifice interior quality as they work their way down the luxury scale. The Q3 does not; it has a surprisingly high-quality interior, featuring a style perfectly in line with Audi’s more expensive models. Unlike many entry-level luxury vehicles with faux leather seating surfaces, the Q3 has standard leather upholstery with heated front seats, a smattering of aluminum inlays and soft-touch materials that have a higher-quality look than the Audi A3 sedan and especially the Mercedes-Benz GLA-Class. Heck, Audi even includes a standard panoramic moonroof.

There aren’t many interior options to further spruce up the inside, except for wood inlays ($350) and a Sport Package ($550) that adds front sport seats, a new steering wheel and Audi’s three-mode Drive Select, which offers selectable Comfort, Dynamic and Auto drive modes.

Our test car’s standard front and rear seats brought pleasantly surprising comfort given the shrunken exterior dimensions. At 6 feet tall, I would have liked more legroom in the driver’s seat and a smidge more headroom in the backseat, which is dinged by the standard low-hanging moonroof. Neither shortage was a deal-breaker, however.

Ergonomics & Electronics
I was a bit thrown off using the Audi Q3’s multimedia system, which has Audi’s Multimedia Interface control knob awkwardly placed smack-dab in the middle of the dashboard. Perhaps I’m just used to Audi’s traditional location down low, closer to the gear selector, but it was more than I wanted to stretch for what is the Q3’s main access point to radio, media, phone and menu options. The system’s usability is otherwise very much like Audi’s other multimedia systems — which is to say good — but with more effort required because of a knob placement that’s not as ergonomically friendly as usual.

A base Premium Plus Q3 is so well-equipped there aren’t many options I’d consider over the base package other than all-wheel drive. A $33,425 base model with front-wheel drive features smart keyless access with push-button start, high-intensity-discharge headlights, iPod connectivity for older 30-pin devices (a USB or Lightning iPod adapter are extra), satellite radio, HD radio, and Bluetooth phone and streaming audio, in addition to the aforementioned panoramic moonroof and real leather seats with heated fronts.

All-wheel drive tacks $2,100 onto both the Premium and Prestige starting prices. The Prestige model ($37,325 with front-wheel drive) includes navigation, an upgraded stereo, a backup camera and blind spot monitoring, all of which are optional on the Premium Plus.

Cargo & Storage
The Q3’s cargo area isn’t as miniscule as you’d expect. It’s not likely big enough to be a primary car for a small family, but it has plenty of room for grocery runs or a few pieces of luggage. An optional power liftgate is a rare stand-alone feature that costs $400. There’s 16.7 cubic feet of cargo space behind the second row, with a maximum 48.2 cubic feet with the 60/40-split folding backseat down. The larger Q5 has practically double that much cargo volume behind its rear seat, with 29.1 cubic feet behind the seats and a maximum 57.3 cubic feet. The Q3 is also outdone in cargo space by the X1 and Acura RDX, but is similar to the GLA-Class in cargo room.

Safety
The Audi Q3 had not been crash-tested at the time of publication. Standard safety features include hill descent assist and an electronic stability system with an off-road mode. Blind spot warning and a backup camera are part of a $1,400 Driver Assistance Package on base Premium Plus models and included standard on the more expensive Prestige trim. Absent from the Q3 is a forward collision warning system, a feature found standard in the GLA-Class; the GLA is ahead of the curve, considering neither the X1 nor the RDX offers one. See more Q3 safety features here.

Child-safety seats fit fairly well in the back of the Q3. The two sets of lower Latch anchors were easy to find and use, and there was no need to move the front seats in order to fit either the rear- or the forward-facing convertible seat. The rear-facing infant seat wasn’t as easy of a fit, requiring the front seat to be moved forward. Read more in the Q3’s Car Seat Check here.

Value in Its Class
Audi’s Q3 is a bargain at $33,425 with real leather upholstery, a large panoramic moonroof and niceties you’d have to pay extra for with the other guys. Our test Q3 came in at $39,175 with a $550 Glacier White exterior, $800 19-inch wheels, a $400 power liftgate and the $1,900 navigation system. That cost, pushing $40,000, is out of control given the Q3’s size; my pick is the $35,525 Premium Plus with all-wheel drive. A base model with all-wheel drive is one heck of a competitive package in this growing segment of bite-size luxury vehicles and SUVs, especially considering the Q3 doesn’t drive like a bite-size SUV. Still, better fuel economy would make the Audi Q3 an easier recommendation.

Great. Has a GPS and rear view camera. Love the handling and safety features. Drove Volvo's since 1972 and finally “upgraded” after I saw what awful changes were made to Volvo by the buyer in America. May go back when I see how they develop EV!

This car first time it left me stranded 6 months after I purchased it, the engine shaking was due to a broken spring valve. At that time it was still under warranty. The second time was 2.5 yrs later. I was on the freeway when it started to shake again, turns out it was the timing chain that jumped and cause severe engine damage.

Audi Q3 is my Best Friend / Car ,served me for

All model years for the Audi Q3 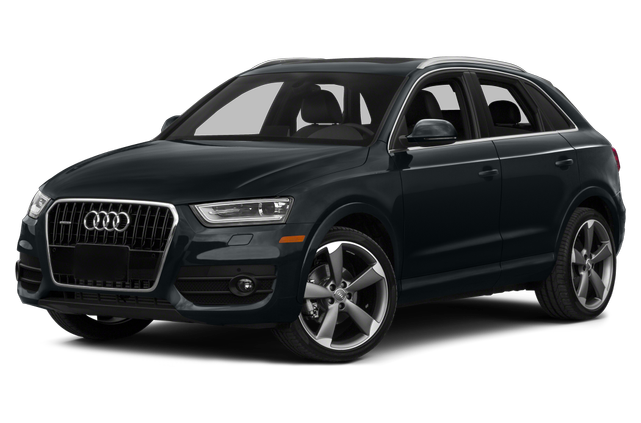 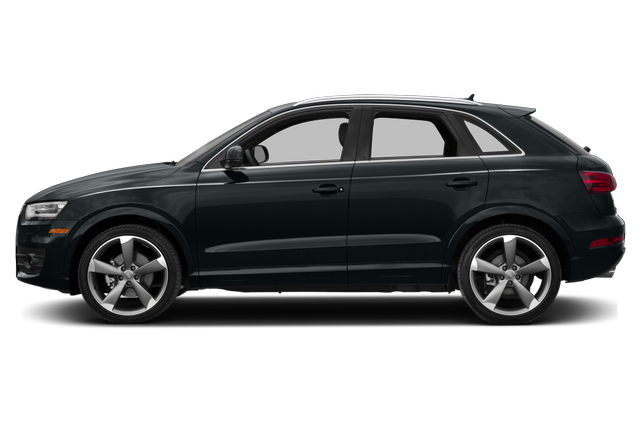 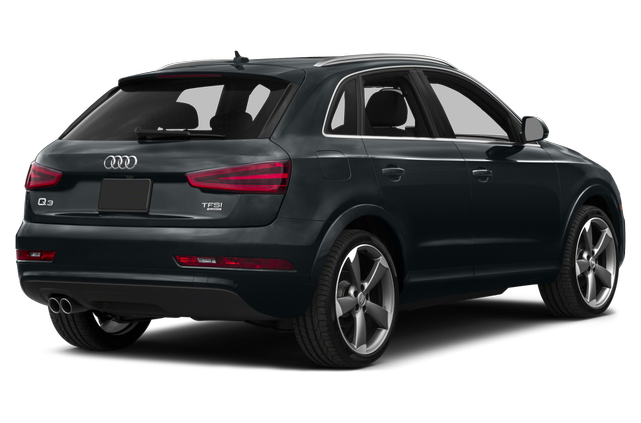 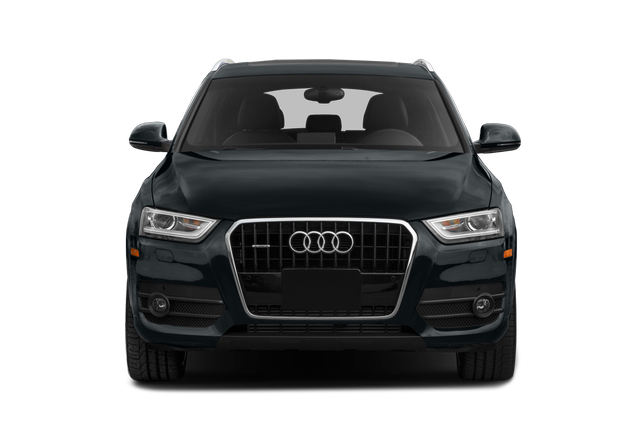 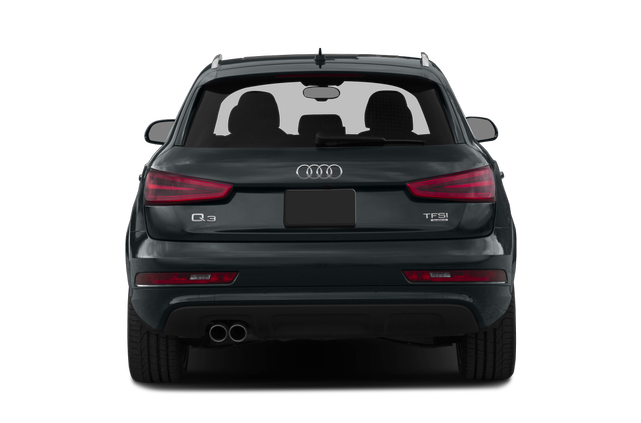 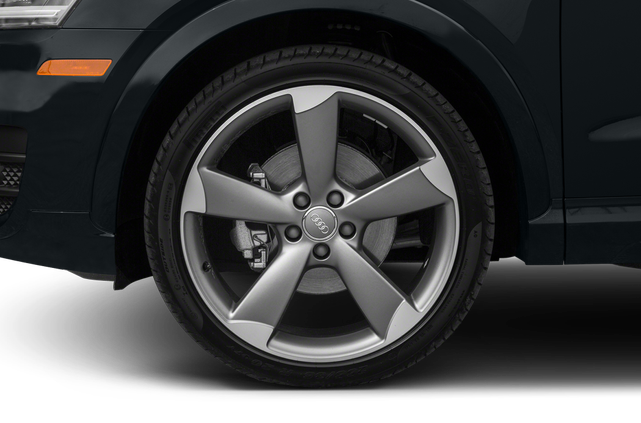 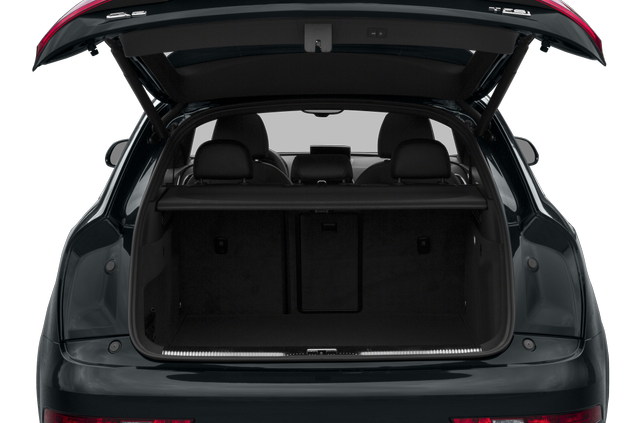 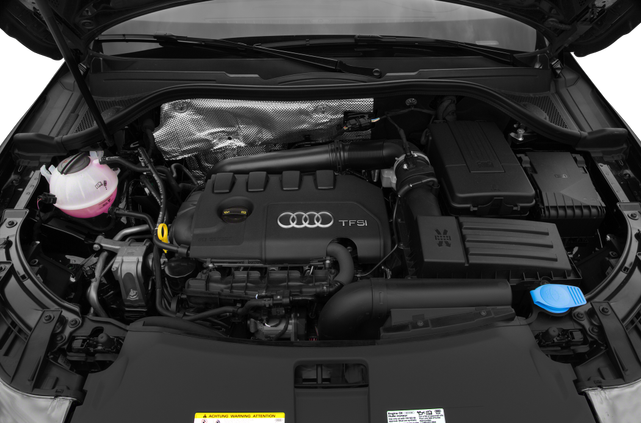 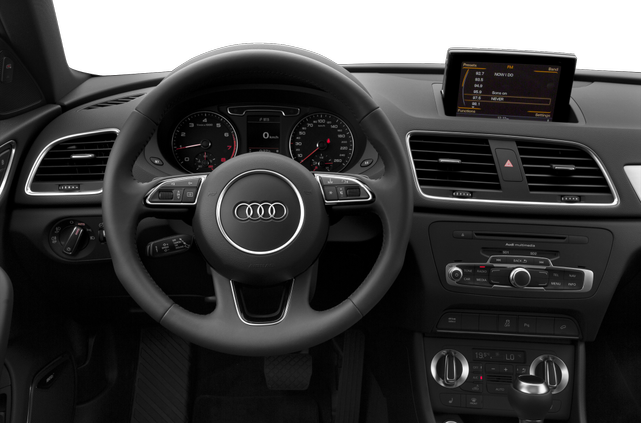 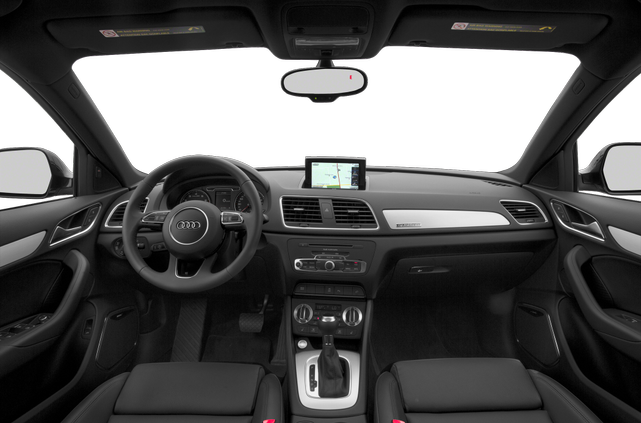 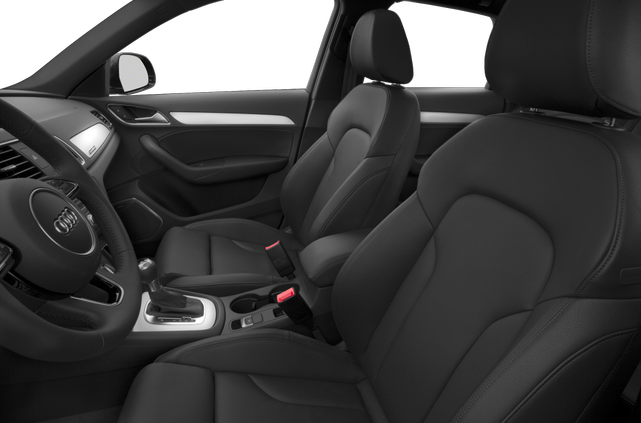 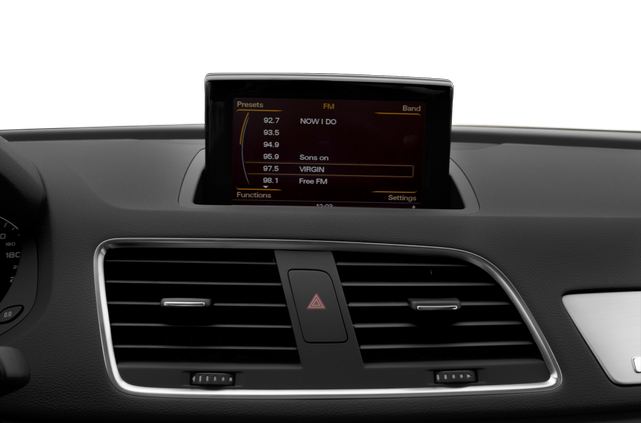 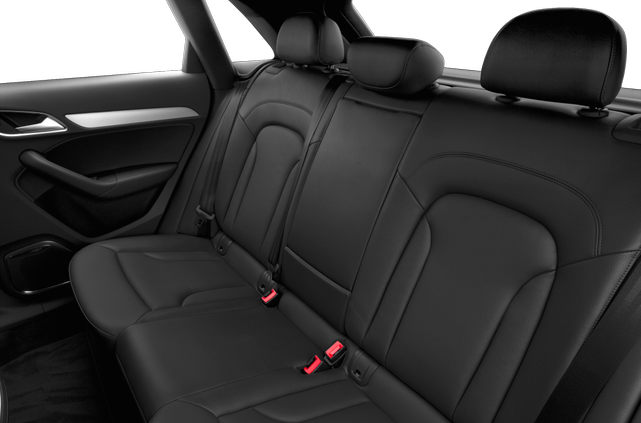 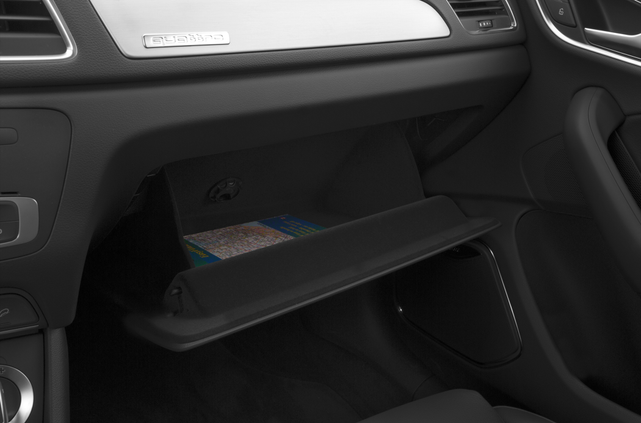 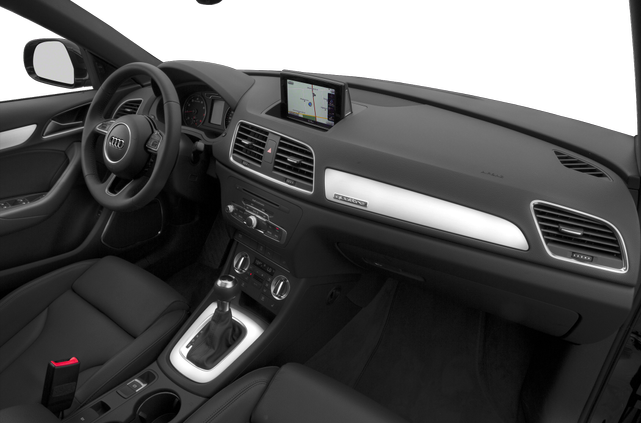 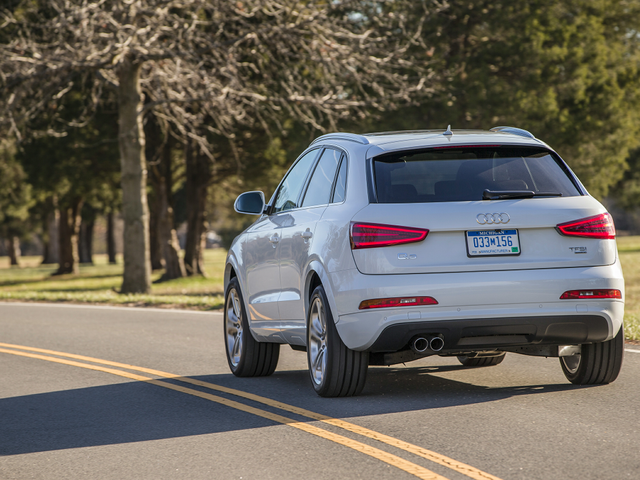 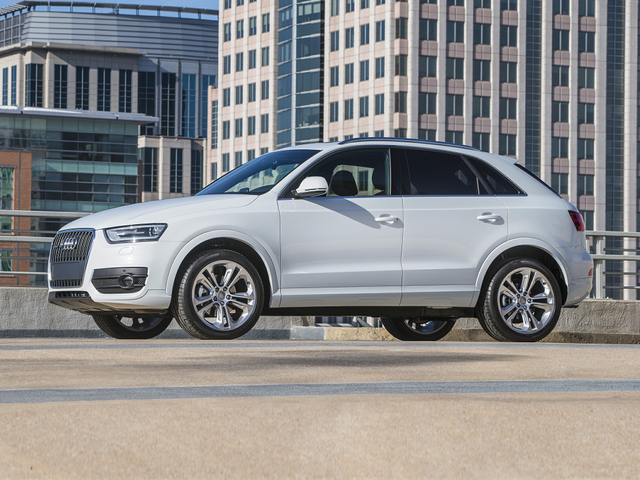 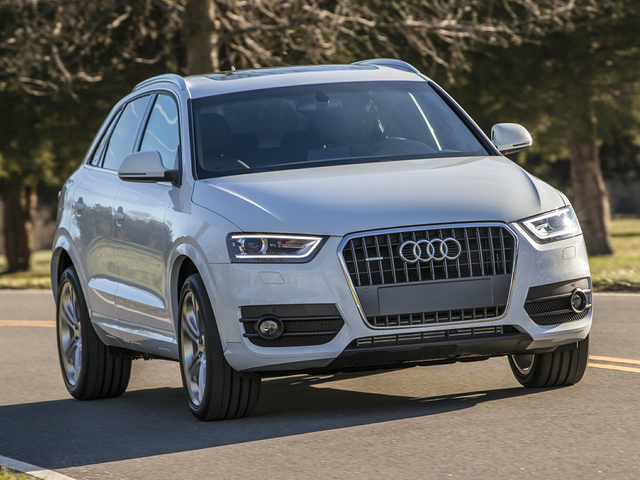 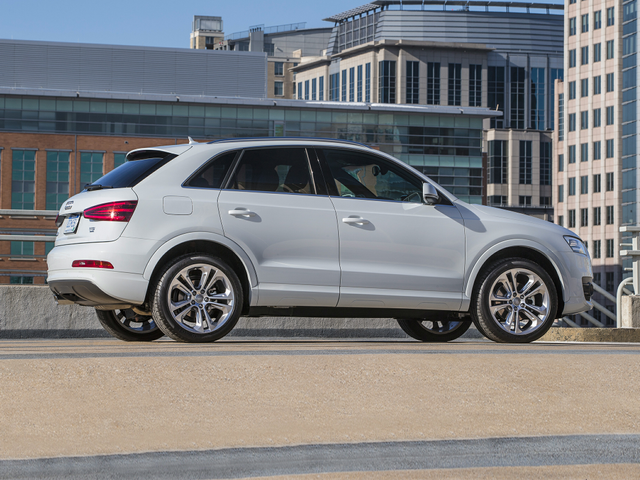 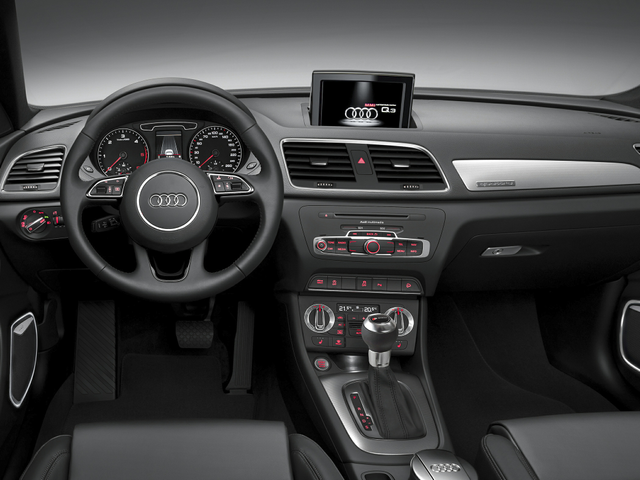 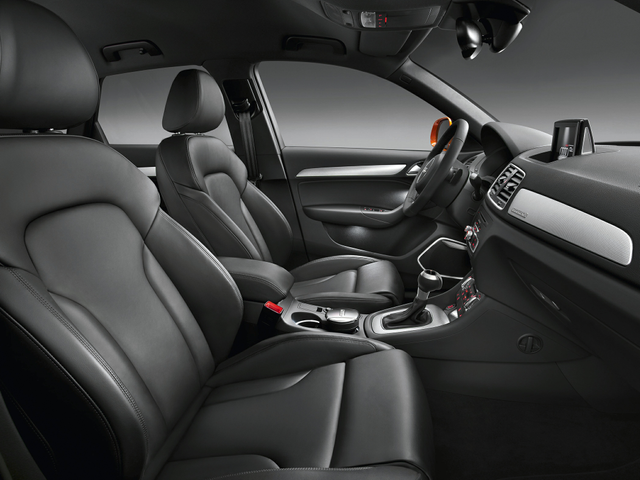 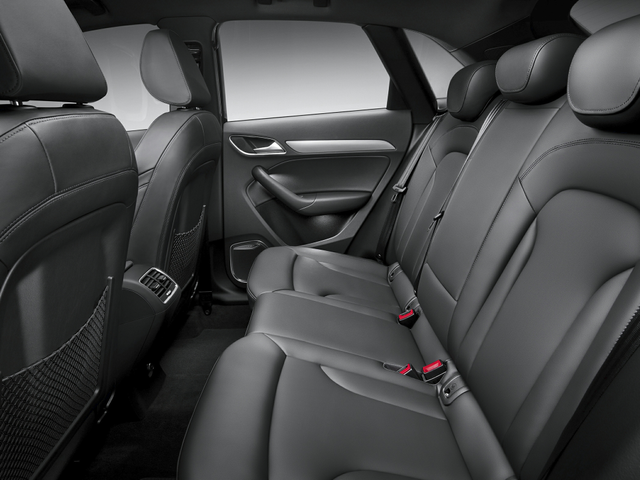