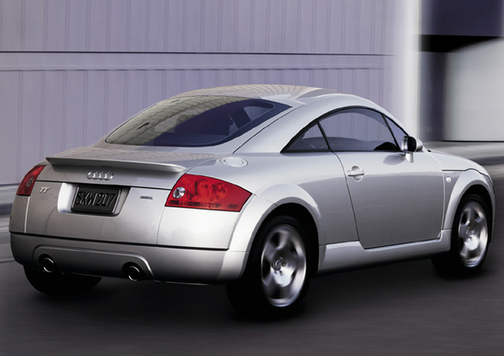 Our 2003 Audi TT trim comparison will help you decide.

I have fallen in love with this automotive bon-bon.

Yes, I know that the Audi TT Roadster is based on the rather ordinary Golf/Jetta/New Beetle chassis. Yes, I know that you can equip a New Beetle Convertible with the same turbocharged 1.8-liter four-cylinder that powers the TT, and come close to the TT’s performance for less money.

But the TT has the classic configuration that the New Beetle lacks: two seats, a top that folds and a trunk big enough for a couple of weekend bags.

Plus the TT has handling that makes it a summertime treat.

But before the gushing begins, a word about how this car can be equipped.

Audi provided a front-wheel-drive Roadster version for testing. (A Quattro TT was unavailable.)

Considering the TT is less than 160 inches long, its 3,131 pound curb weight seems heavy. But the drivetrain still allows a respectable 0-60 mph time of 8.1 seconds, according to Audi. Pop for the all-wheel-drive Quattro and this time drops to 6.7 seconds, with the weight approaching 3,500 pounds.

The Tiptronic has six gears in the 2003 model, a rarity at any price. One wonders if all these gears are really necessary. The car feels sleepy and not a whole lot of fun when left to shift for itself.

Thankfully, the Tiptronic allows for manual shifting, which makes the car come alive. The engine can hit its sweet spot, right around 3,500-4,000 rpms. Shifts are activated quickly, with little lagtime. This gearbox seems happier in the TT than it did in other VW vehicles.

One would expect good handling and on that score, the TT delivers.

Because the Audi TT test vehicle was front-wheel-drive, I wouldn’t expect it to beat rear-drive competitors such as the BMW Z4 or Porsche Boxster on the track. But in the cut and thrust of daily driving, this little Audi acquits itself quite well. Quick steering, minimal body lean and petite size add up to a great deal of fun. And that front-wheel-drive makes it practical in all four seasons.

The ride is better than you’d expect, considering the car’s short wheelbase. Bumps are noticed, but well-absorbed. Cowl-shake is non-existent, and the car’s tight feel is evidence of it weight.

One downside is the constant engine drone, even at idle. It just didn’t sound sporty. At speed, it is less noticeable.

On the plus side is a top that’s quick and easy to lower. Unlatch a single lever and hold down a bu tton, the top lowers. The top is unlined, surprising considering the vehicle’s price. A glass rear window with defogger is standard. So too is a glass wind-blocker, which is situated behind the passenger compartment. It raises at a push of a button and was very effective.

Audi has designed an instrument panel that has the feel of a modern classic, using circles as its theme. Large round gauges are nestled under a semi-circular hood. Large round buttons are situated in the center of the dash, which is accented by large round air vents. It’s all easy to use as well as admire. While the design is admirable, some of the grained cheap plastic was not.

The Roadster uses the coupe’s back seat space for top storage, so the Roadster only has room for two. The seats are firm, comfortable and well-bolstered.

While leg and headroom seemed generous, interior storage seemed skimpy. There is a shoulder-height compartment just aft of the driver, but it doesn’t lock. The glove compartment does, but its space is minimal. Cupholders, located at the far end of the center console, are an afterthought.

Cargo space is good considering the size of the car, and the trunk is usefully shaped.

Fuel economy, at just under 23 mpg, was about what you would expect from this car’s drivetrain. Audi recommends using premium fuel.

With a starting price of $34,500, the Roadster promises a lot of fun and exclusivity at the price of a dull SUV.

It’s a lot of fun in a stylish coupe with good speed and decent fuel economy. What’s not to love?

January 11, 2020
By dodgerfan from Pismo Beach, CA
Owns this car

Best car we've ever owned hands down. Not only does this car turn heads it eats up mustangs for breakfast and bmw's for desert dontcha know!

Rating breakdown (out of 5):
0 people out of 2 found this review helpful. Did you?
Show full review
4.9

December 9, 2019
By Sid from Westfield In
Owns this car

Loved this car. Wish I had kept it

Can’t afford a Vett. The TT is cheaper and just as much fun. I now own a 2002 Vett so I’ve driven and owned both. 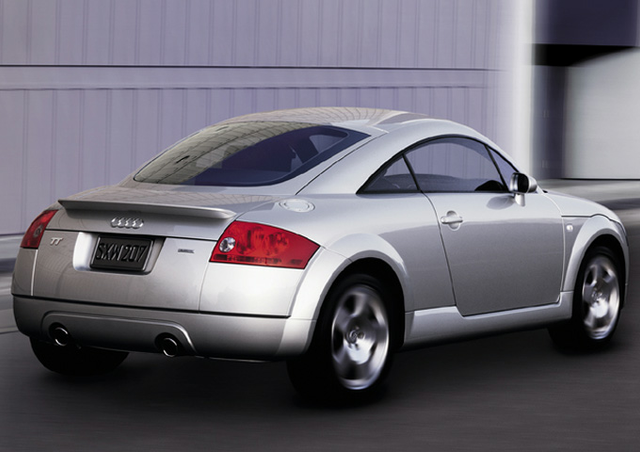 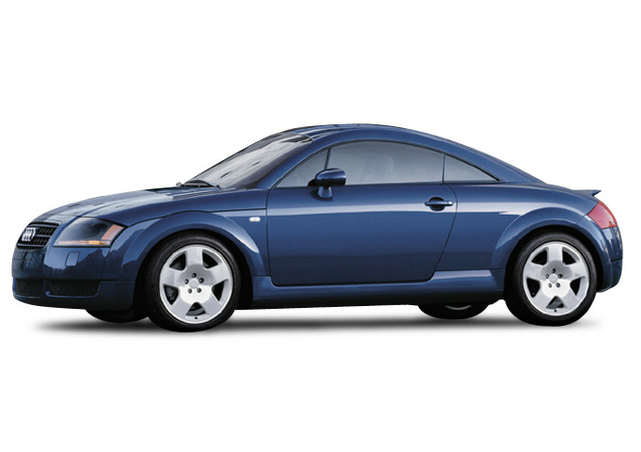 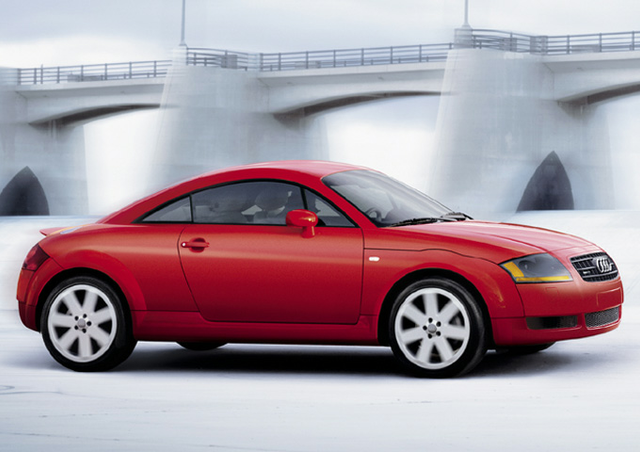 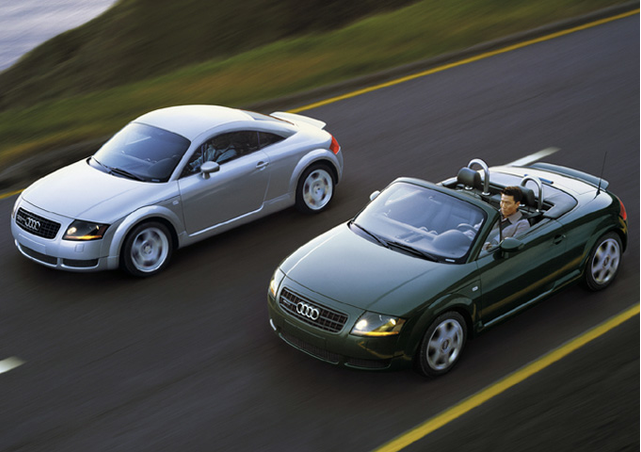 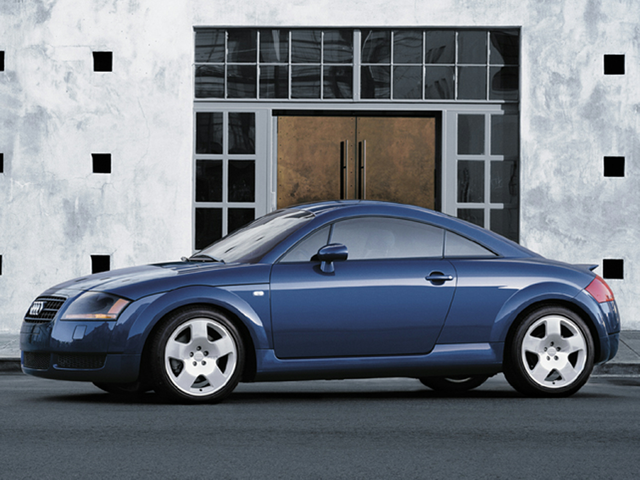