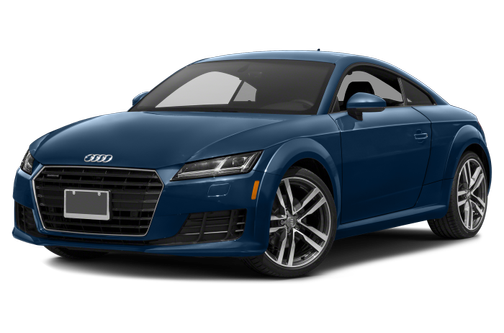 Our 2016 Audi TT trim comparison will help you decide.

The 2016 Audi TT is an evolutionary redesign that handles well and offers more versatility than its small size might suggest, but a troubling case of acceleration lag saps the fun.

The TT comes as a four-seat coupe or two-seat, soft-top roadster. Both employ a turbocharged four-cylinder engine, a dual-clutch automatic transmission and all-wheel drive. Audi also offers a higher-powered TTS coupe, also redesigned, which we cover separately on Cars.com. See the TTS here, compare the two variants here, or stack up the 2016 and 2015 cars here.

Exterior & Styling
This marks just the second redesign in more than 15 years for the TT, and it’s a subtler makeover than the one in early 2007. Complete with the same wide, grinning expression as its predecessor, the TT is an exercise in restraint. The differences are in the details: Audi’s trapezoidal grille is slowly morphing into a hexagon, and the TT adds some angles to the framework. The brand’s four-ringed logo sits on the hood, no longer the grille, and the full-LED headlights create a quasi-angry expression of jagged light bands. (Not to be confused with Jagged Light Band, which plays Thursdays at Jimmy’s.)

Overall dimensions shrink a tad versus the second-gen TT, though the wheelbase gains a significant 1.4 inches. Eighteen-inch alloy wheels and dual tailpipes are standard. The TTS adds quad pipes and some unique bumper work — all tasteful, fortunately. At least for now there is no TTS roadster, which the prior-gen TT offered.

How It Drives
The TT’s 220-horsepower, turbocharged 2.0-liter four-cylinder unleashes smooth, strong revving and a satisfying wave of torque (258 pounds-feet) along most of the tachometer’s rev range. Unfortunately, the whole experience comes in timid spurts: Editors agreed the accelerator exhibits considerable lag, and the dual-clutch automatic wants to upshift as soon as possible and resist kickdown until your foot is halfway to the floor.

Audi’s configurable driving modes include a Dynamic setting that tempers some of the accelerator lag, while a Sport mode on the gearshift dials back the upshift tendency to keep you in lower gears more often. Call up Dynamic and Sport and the TT responds like a proper sports car — but that’s a characteristic it should default to. For whatever reason, too many allegedly sporty cars introduce all kinds of lag in their standard drivetrain modes. Audi is as guilty as the rest.

A manual transmission, which could minimize or perhaps eliminate these frustrations, remains unavailable.

Audi says the TT coupe hits 60 mph in 5.3 seconds (5.6 seconds for the roadster), which rivals the prior-gen TT and outruns a few luxury rivals. If bang for the buck is your top priority, however, similar money buys the considerably quicker BMW M235i. Another $9,000 gets a TTS, whose turbo 2.0-liter makes 292 hp and 280 pounds-feet of torque. That’s good for zero-to-60-mph sprints of 4.6 seconds, Audi says.

The TT steers with good feedback and direct, clean motions, and the chassis’ handling puts to bed years of nose-heavy reputation. Audi roughly maintained the TT’s spry curb weight with the redesign — the coupe weighs less than 3,200 pounds — and the standard all-wheel drive (Quattro) has a rear bias in Dynamic mode. Understeer, when present, is slight, and the TT rotates into a nice drift as you feed gas through sweeping turns. You can slide the tail with some lift-throttle, too, and it’s a controllable sensation without any undue squirreling. (Undue Squirreling is opening for Jagged Light Band. No cover ’til 10.)

On paper, the TT’s longer wheelbase should mitigate the prior generation’s tendency for bounciness. In practice, ride quality is still firm, though one editor said he found it fine for the class. Undulating stretches of highway subject the cabin to slight but constant turbulence, with a lot of road and wind noise to boot. It’s enough to drown out the TT’s optional Bang & Olufsen premium stereo, which sounds unremarkable to start with, as B&O systems go.

Our test car had optional 19-inch wheels, so it’s possible the standard 18s and their higher-profile tires soften things up. The 19s are the sole choice on the TTS, but it gets an adaptive suspension, versus the TT’s fixed setup. Considering that the ride quality among similarly priced alternatives — like the BMW 2 Series and Z4, or the Lexus RC 350 — ranges from livable to generous, the TT could stand more refinement.

Interior
Minimalism overtakes the interior, which packages all multimedia into a massive instrument display in place of traditional gauges. We’ll detail that in the next section. What’s left is an asymmetric expanse of wraparound materials and tucked-away controls. It’s a stark contrast to the layered dashboards overtaking the industry (see Lexus), for better or worse. Materials are impressive and consistent, with generous padding wherever your arms or knees end up — including the doors, an area Audi often gives the short shrift.

The optional S Sport seats (standard on the TTS) have tight side bolsters that aren’t for everyone. Non-sport seats with leather and Alcantara simulated suede upholstery are standard, as are power adjusters and seat heaters. (Full leather is optional.) The cabin is tight, but Audi makes good use of the space. The front seats have lengthy adjustment range, and the low center tunnel opens up more inboard knee room than in some cars twice this size. The rear seats, however, are barely fit for children, let alone adults, and they lack head restraints. Toddlers will need high-back booster seats to protect against whiplash.

The TT Roadster does away with the backseat altogether.

Ergonomics & Electronics
Audi’s standard “virtual cockpit” throws all functions, from audio to navigation, onto a 12.3-inch instrument display ahead of the steering wheel. It takes some getting used to, and it’s certainly not friendly for passengers. Drivers can accomplish most functions through the steering-wheel controls or Audi’s console-mounted MMI controller. I experienced a moderate learning curve, but another editor found the setup a cinch.

It’s not the first time an automaker has thrown most of a car’s multimedia into the gauges. The erstwhile Chrysler Pacifica housed its navigation system within the speedometer, and that was nearly a decade ago. But Audi’s kitchen-sink philosophy is unique, complete with a virtual tachometer and speedometer that you can minimize (though they’re still visible) to open up the space for a larger navigation map or another menu. As such, the map itself can span massive proportions, with scrolling and zooming via a finger pad on the MMI knob. It’s a rich format, though the map could use a few more street labels and faster menu transitions.

The layout has physical limitations. You have to position the steering wheel higher than you might like to avoid obstructing the screen with the rim. Audi also throws the optional backup camera in there, so if you turn the wheel to back around a corner, the wheel spokes themselves can become an obstruction.

The virtual cockpit is standard, as are Bluetooth phone and audio streaming, plus HD and satellite radio. The navigation system and Audi Connect, which includes an in-car, subscription-based 4G LTE Wi-Fi hotspot, are optional.

Cargo & Storage
The TT coupe has 12 cubic feet of cargo space behind the rear seats, enough to fit a surprising amount of luggage. The rear seats fold in a 50/50 split for additional room, though Audi doesn’t specify a maximum volume figure, and the hatchback’s liftgate allows plenty of loading space. Not so for the TT Roadster, whose conventional trunk is much smaller, just 7.5 cubic feet. At least the convertible top stows in a separate compartment, leaving the cargo area undiminished when the top is down.

Cabin storage amounts to a small center console bin under the center armrest and a glove compartment, but also a useful bin ahead of the gearshift and a storage drawer under the front-passenger seat. Stash away, but figure out what to do with that second travel mug, because there’s only one exposed cupholder. A second holder deploys from the center console if you open the top and crook your elbow in. It’s as convenient as it sounds.

Safety
The TT has not been crash-tested, and its small sales volume makes tests unlikely. See a full list of safety features here. Rear parking sensors are standard, but a backup camera is optional. So is a blind spot warning system. Forward collision and lane departure warning systems are unavailable, however.

Value in Its Class
Priced from about $44,000 for a base TT to about $60,000 for a loaded TTS, the Audi TT straddles a couple segments. Roadster shoppers might also consider the BMW Z4 or Mercedes-Benz SLK-Class, while coupe alternatives range from BMW’s 2 Series to the Lexus RC 350 and even Audi’s own A5. All five cars have average transaction prices in the TT’s ballpark.

Audi offers a tech-packed, nimble alternative whose styling should age pretty well. The new TT is a driver’s car, flawed in some ways but excellent in others. Audi has a jewel on its hands, but it still needs to polish a few blemishes.

I absolutely love my TTS!

I bought my used TTS with 8k miles last summer and it has been such a thrill to drive! I bought it after not being fulfilled with my Scion FR-S and what an upgrade. If you love a sporty car with just the right amount of horsepower, this is the car for you. I look forward to driving my car every time I get in it!

The previously leased and Audi certified TT was the only logical choice for my wife and me when our old 1999 Audi A6 suddenly became unreliable and too expensive to maintain. Three years old with a two-year extended warranty, the 2016 TT is a powerful, agile yet economical alternative to the A6, and its quickness makes interstate driving a delight. It's simply an amazing machine. We've never had a vehicle as classy and attractive as is this one. Hats off to Mamta and her cohort at Chantilly Audi. 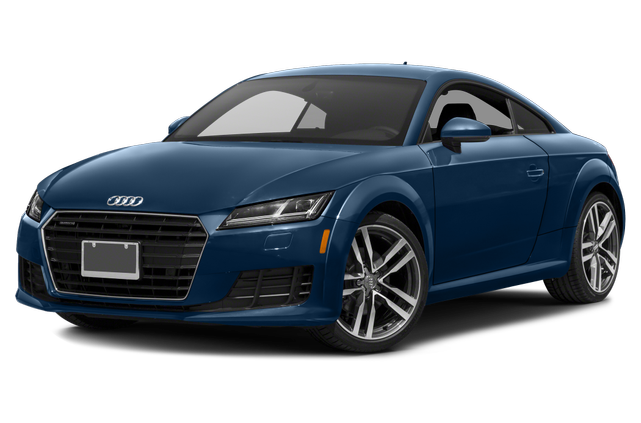 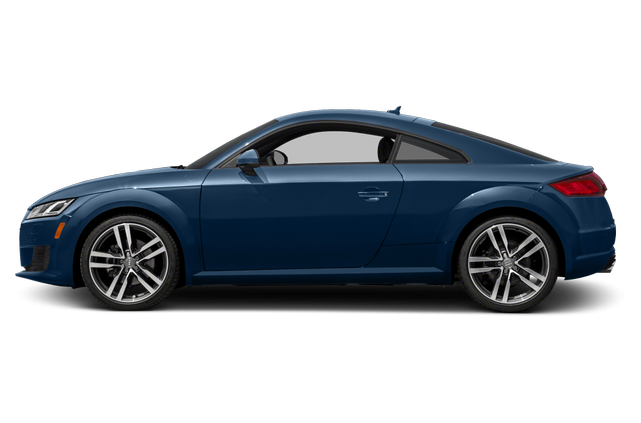 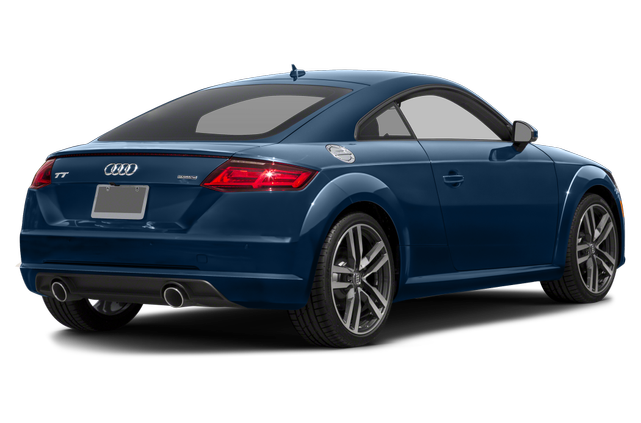 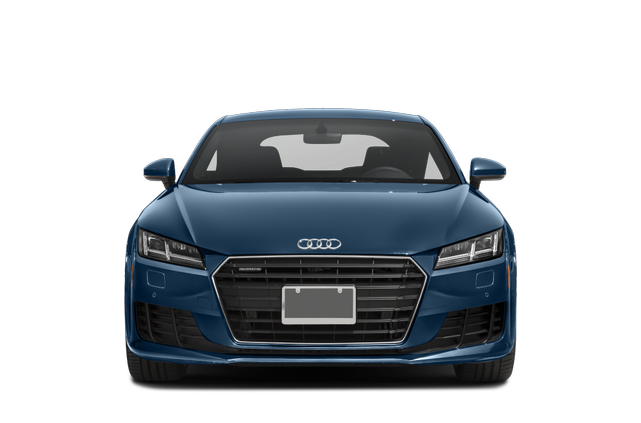 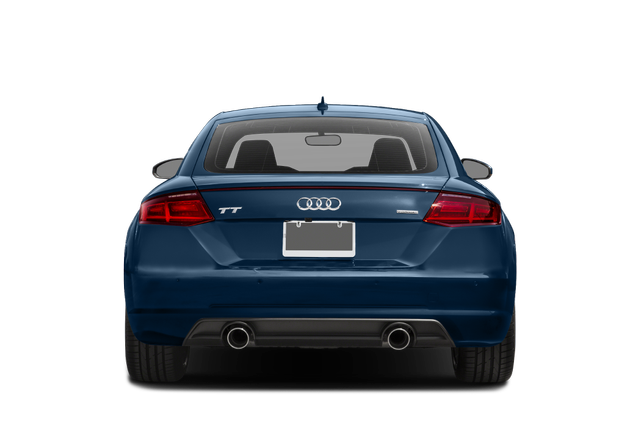 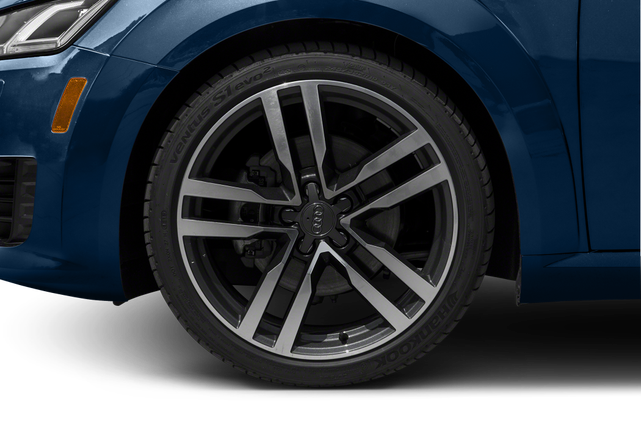 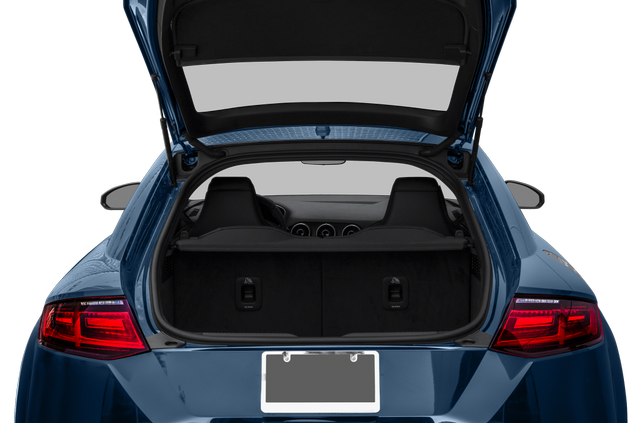 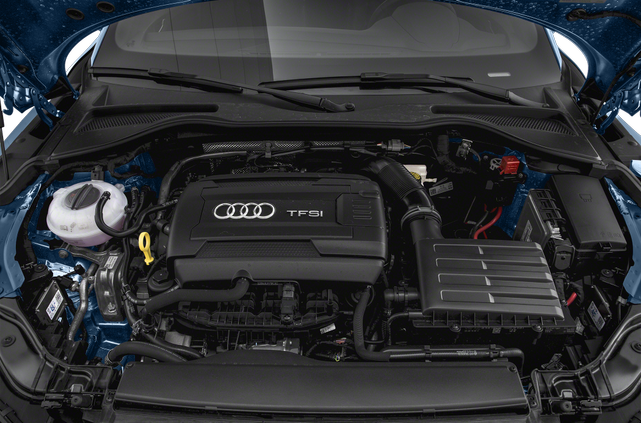 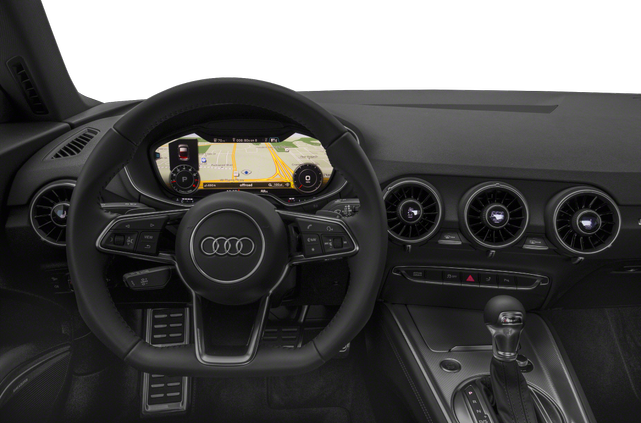 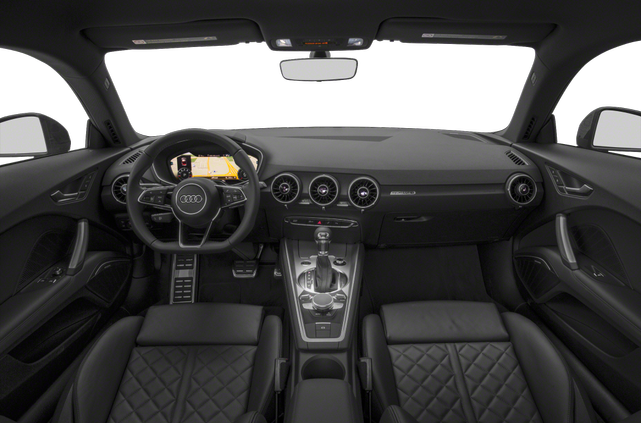 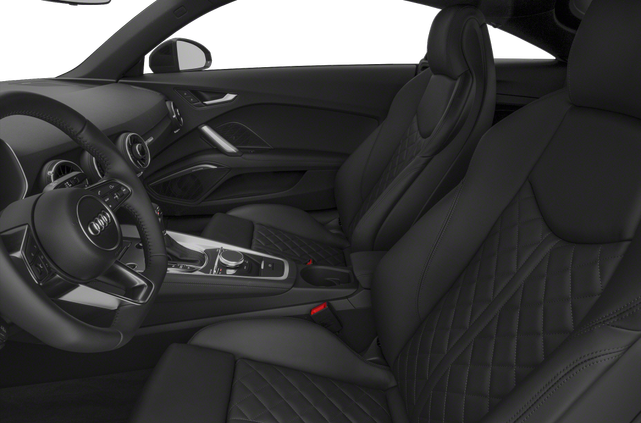 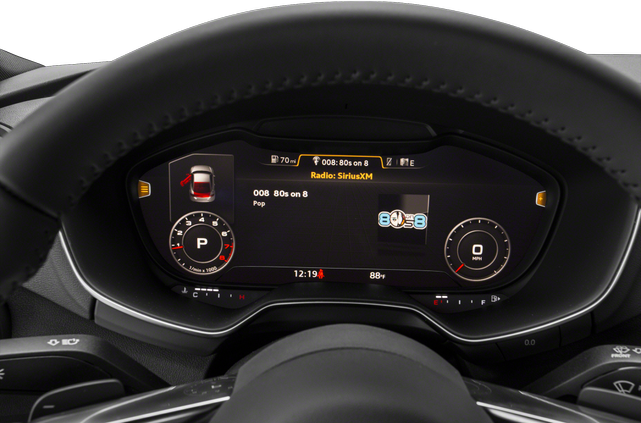 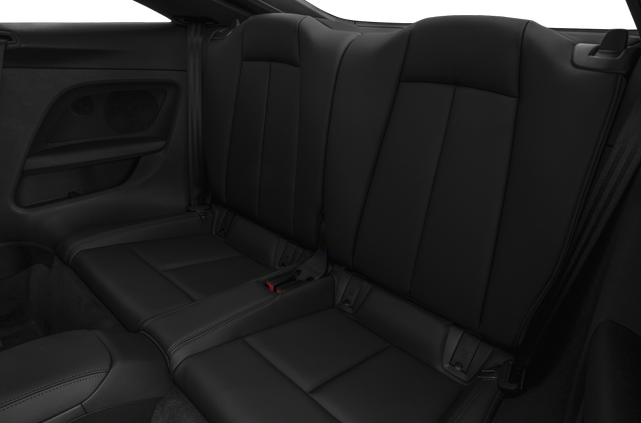 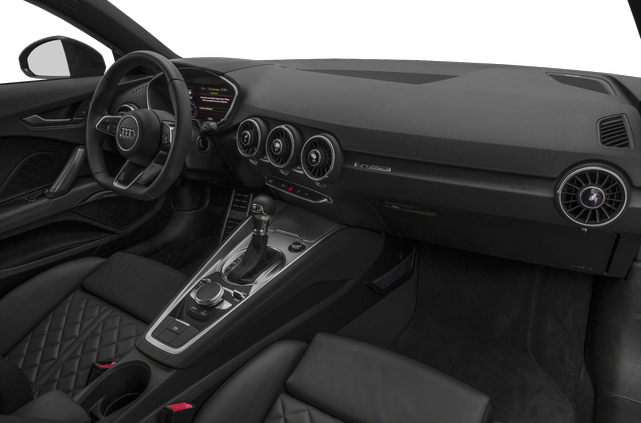 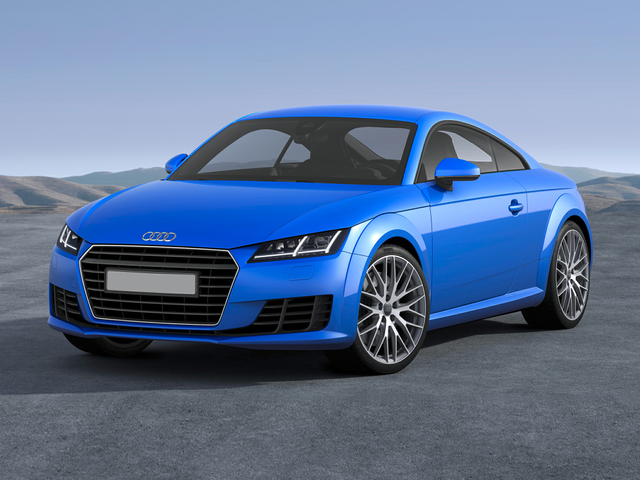 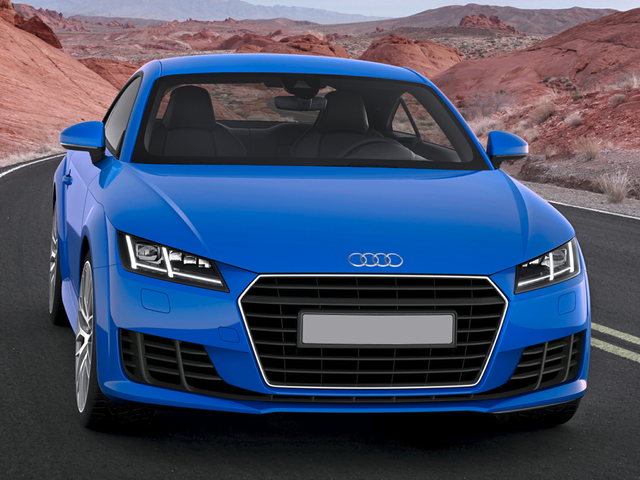 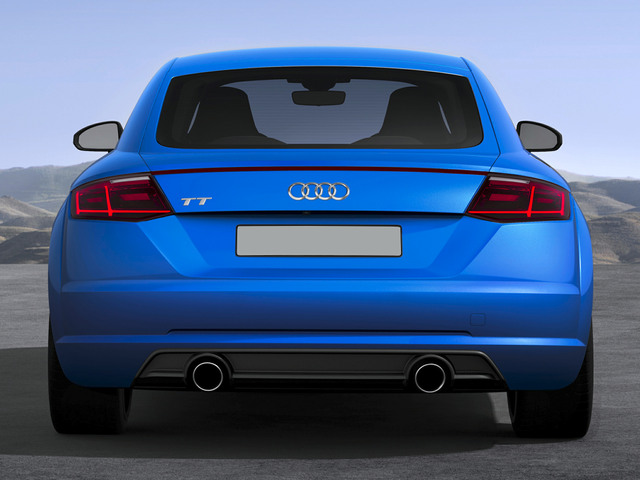 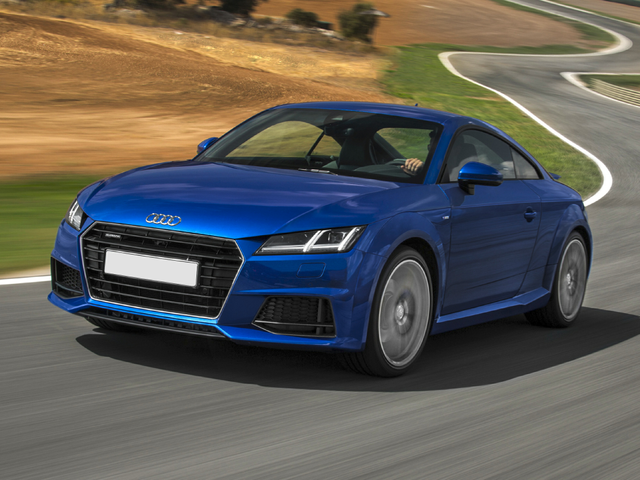 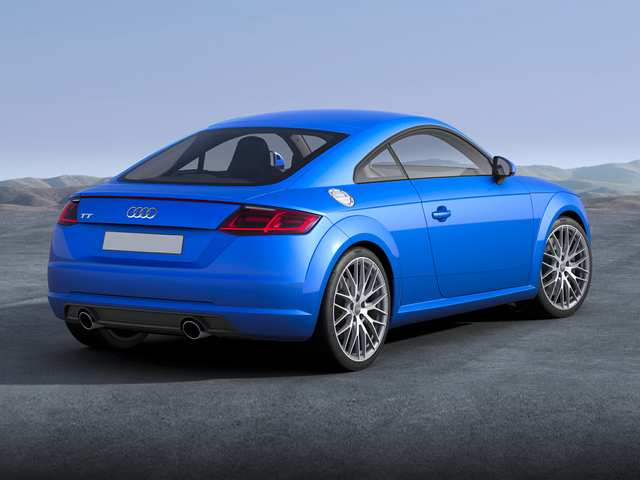 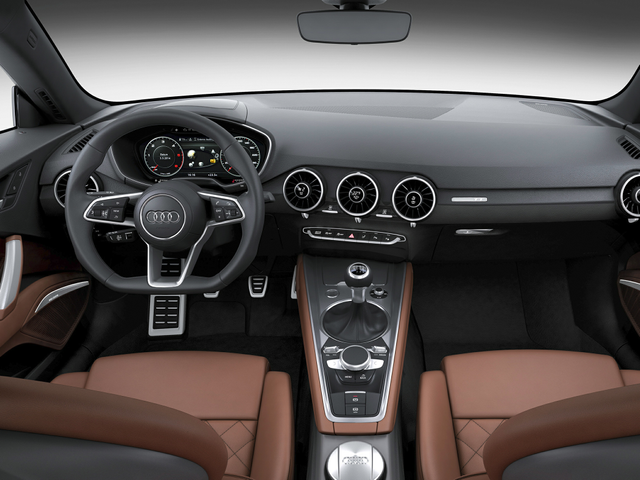