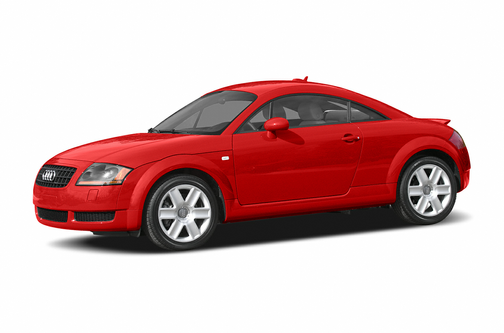 Our 2005 Audi TT trim comparison will help you decide.

Who knew that Volkswagen’s upscale Audi division could take the underpinnings of such a prosaic vehicle as the VW Golf and turn it into a mini-missile like the 2005 Audi TT Coupe Quattro DSG6?

And who figured that such a transformation would inflate the sticker to more than $40,000? Which begs another question: Is this German-engineered, Hungarian-built compact sports car as good as an all-American Chevrolet Corvette?

We tested a well-equipped TT Coupe Quattro with only a few options and a list price of $43,175.

HE: Visually, the TT hasn’t changed much for 2005. It still has the same sensuous, iconic shape, and the cabin still features the same Bauhaus style, with lots of black leather and matte-metal trim. What set the new TT apart from the rest of the pack are the twin-cam 3.2-liter V-6 engine and the new six-speed direct sequential gearbox, known as DSG. That powertrain combination really rocks in the TT. The engine makes 250 horsepower and, in the Quattro variant, drives all four wheels. The DSG is cool because it’s an automatic that can be shifted manually through the Tiptronic-style shift lever on the console or via two paddle shifters behind the steering wheel. The gearbox automatically makes the gear changes much faster than you could shift a conventional manual transmission with a clutch.

SHE: Lightning-fast shift changes? And also a lightning-like price increase, considering the standard front-wheel-drive TT with a turbocharged four-cylinder engine and a six-speed manual costs less than $35,000. So what you’re saying is that it’s going to cost a lot more money for you to tweak your toy.

HE: Well, honey, you know boys and their toys. Cars like this are hardly ever a rational purchase, at least for men.

SHE: But I have to wonder if the TT is too cute for such a high-tech, gear head feature like the DSG. It’s a philosophical question that you don’t have to answer. I’ve always loved the TT’s memorable exterior, but I think the monochromatic black cabin on our test vehicle looked very masculine, with the metallic touches and exposed screw heads. Isn’t that sending a mixed message to buyers?

HE: Sorry, that’s one question too many. Just get in the darn thing and drive and all your questions will be answered, dear.

SHE: I did that. Don’t you remember when I peeled out of here in the middle of one workday afternoon? I drove the TT up to Port Huron and back. Frankly, I could probably live without the DSG, which seems rather superfluous on American roads with their lower speed limits. Audi does offer a simpler six-speed Tiptronic automatic for those who don’t want to shift manually and don’t want to spend the extra money on the fancy sequential transmission. They would have done better to improve the cup holders, which are two strange little metal rings behind the front passenger’s elbow that are too far back to be useful. And what about those cramped rear seats? Also useless.

HE: I have some beefs of my own that date back to the original TT, which Audi has never addressed and probably won’t until the car is redesigned in a year or two. One is the acute lack of space, even in the front, where that wide center console steals way too much knee room. And this remains one of the very few hardtops on which I consistently whack my head getting in and out. The wide rear pillars don’t help much with visibility, either. The bottom line is that the sensational design extracts a steep penalty in terms of comfort. That’s just one of the reasons I’d prefer a Corvette if I had this kind of money to spend on a sports car. That and 150 more horsepower.

SHE: I am impressed by the standard safety equipment on the TT. You get thorax and head side air bags, antilock brakes and stability control. I also love the fact that the backlit gauges on the instrument panel really pop at night. But like you, I was uncomfortable with the visibility. It’s even hard to back out of your own driveway. If Audi wanted to go all fancy and high-tech, why not spend some money on backup cameras and video monitors?

I love driving this car. It is comfortable, solid, beautiful, and has a lot of zip. I have two cars and need to sell one. The other one is more practical.

This was my first Audi and it has been a reliable, well built car in the 11 years I have owned it. It has an eye catching design and with the 3.2 liter engine, it is very fast and holds the road well. Also, Audi designed a "rumble" to the exhaust system which adds to the experience. I also like driving it in "sport" mode which means the engine goes to higher rpm's before shifting.

March 26, 2018
By MotorHead2 from Minnesota
Owns this car

Great summer or all around car. With Quattro (4 Wheel Drive)I have even seen these out in the winter. The 3.2 V6 engine and the DGS transmission equal speed and a velcro grip on the road this makes for the perfect combination. Beautiful styling and Audi dependability. 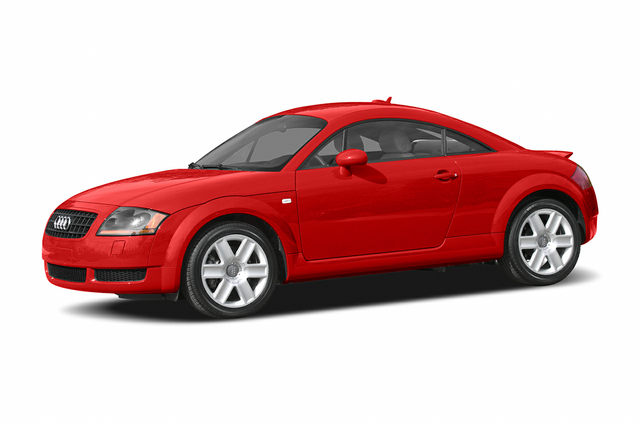 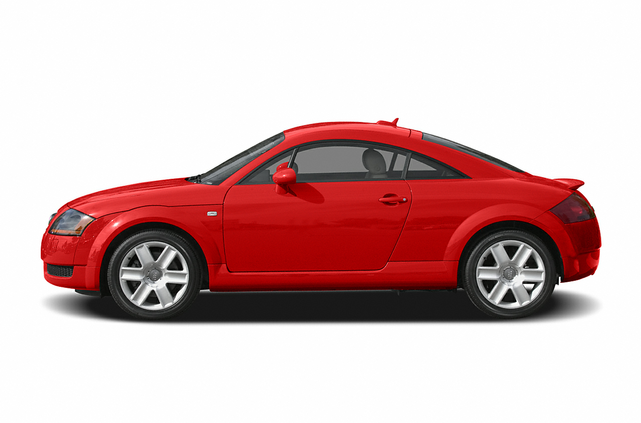 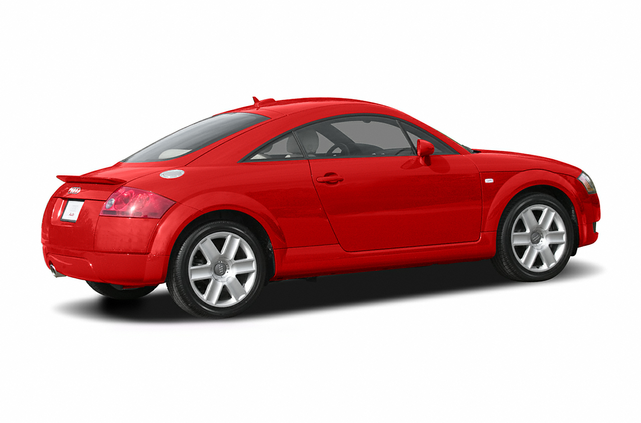 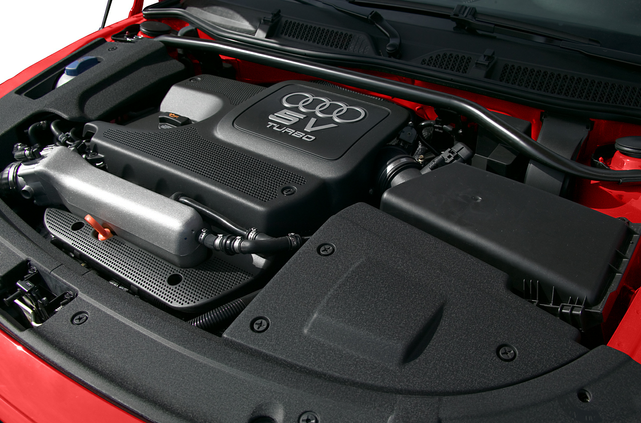 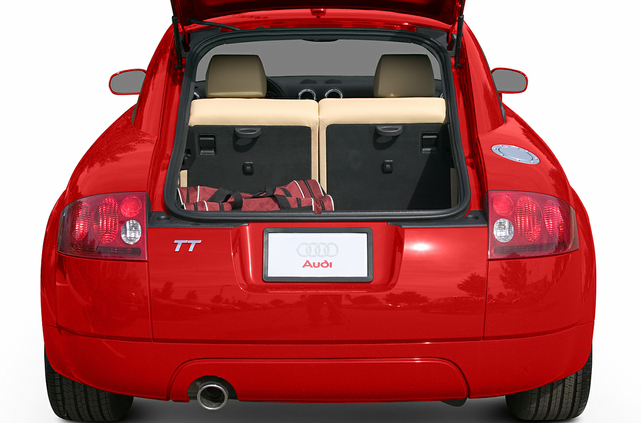 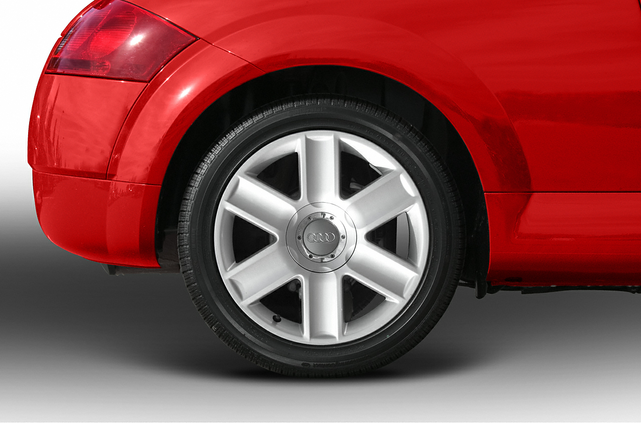 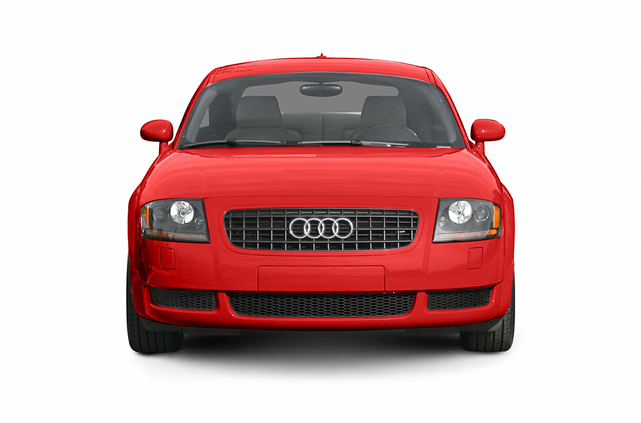 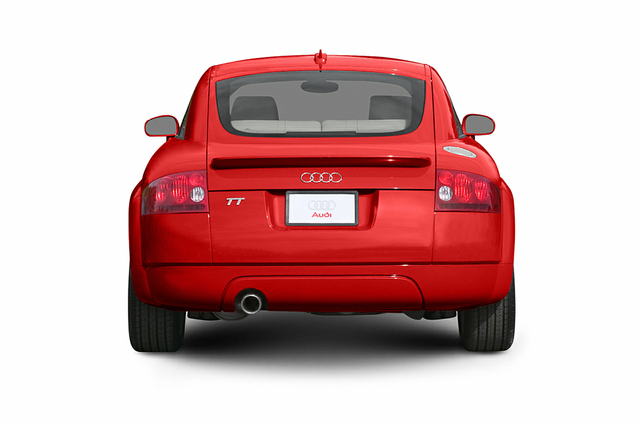 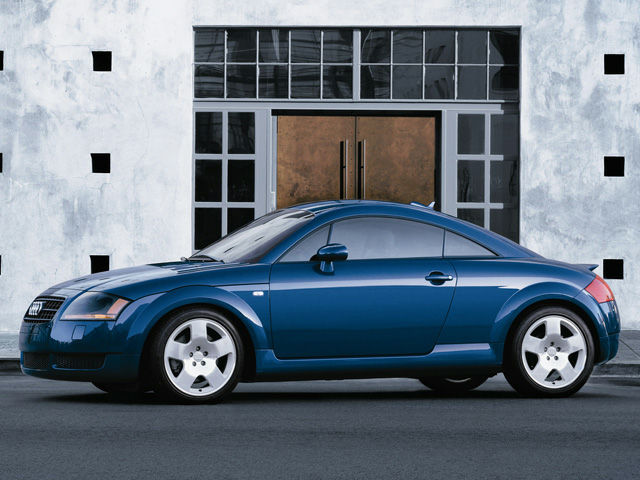 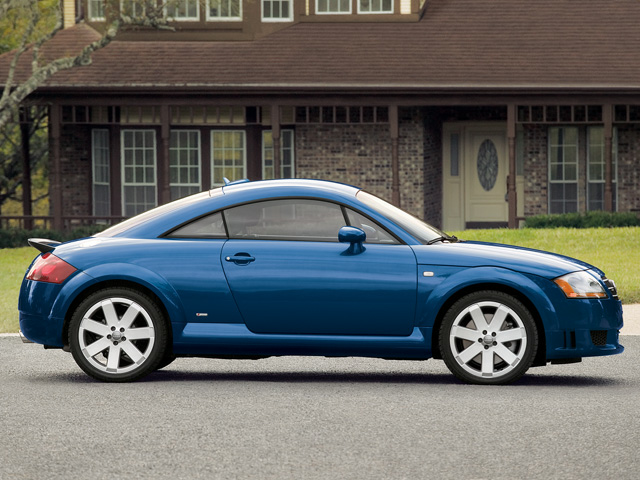 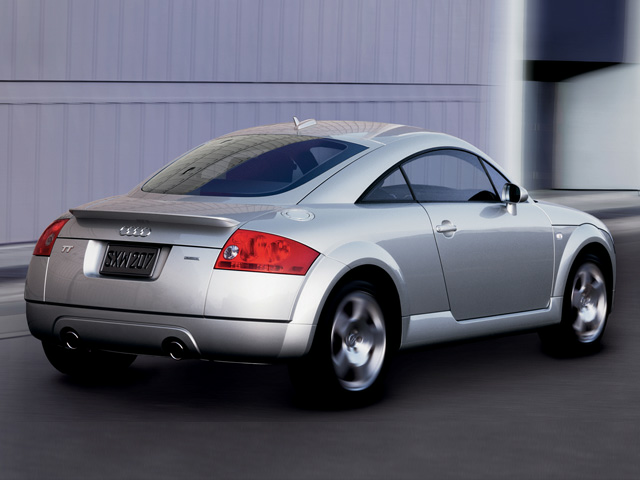 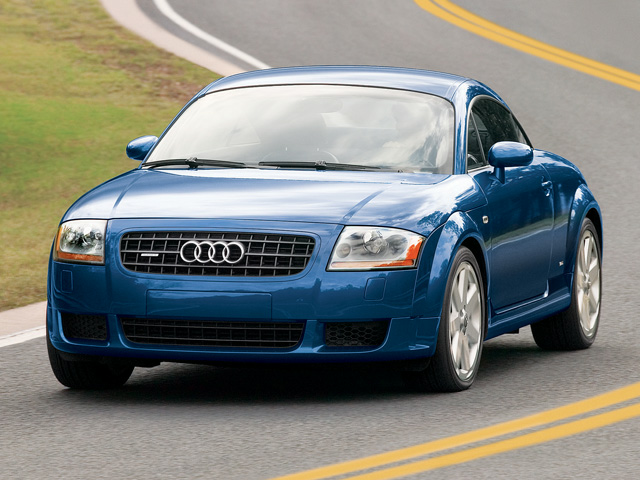 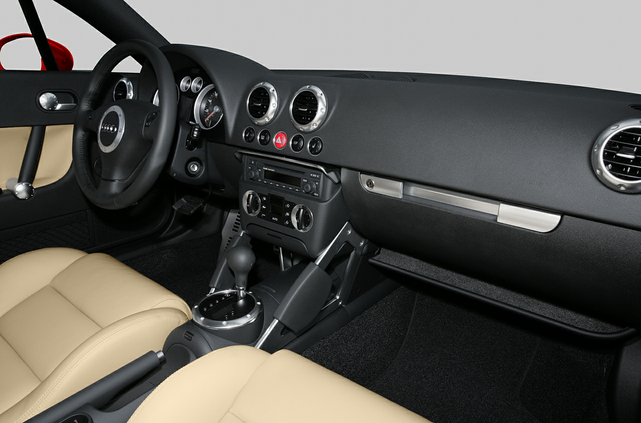 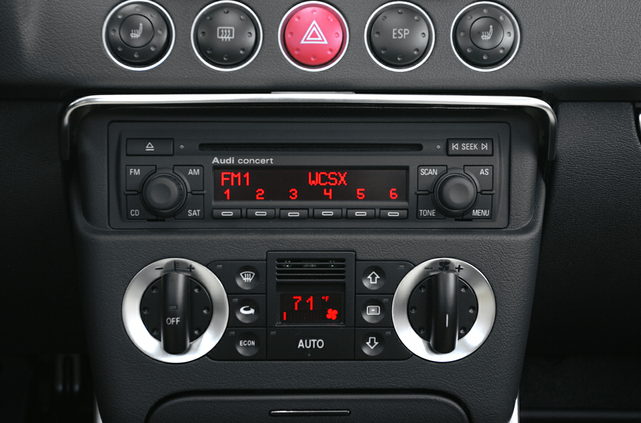 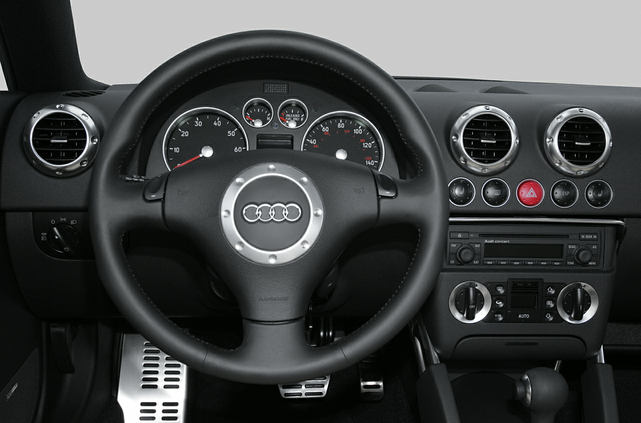 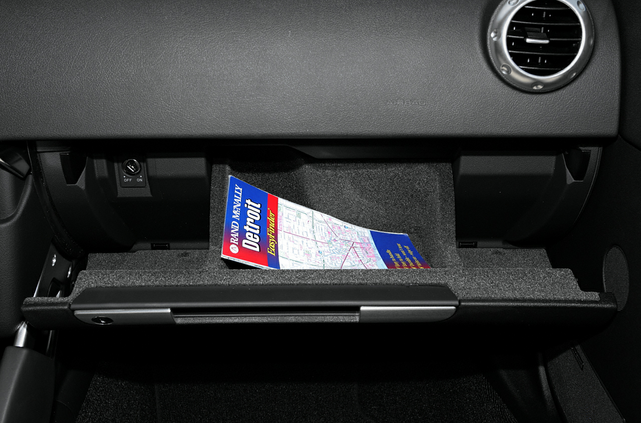 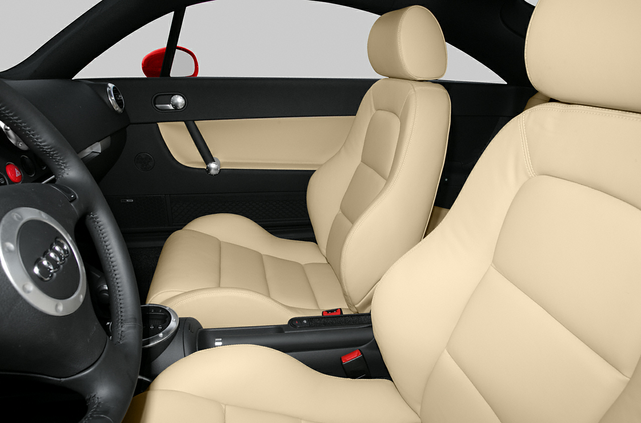 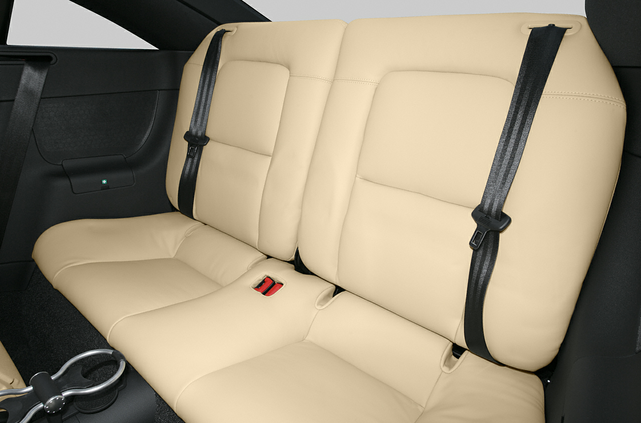 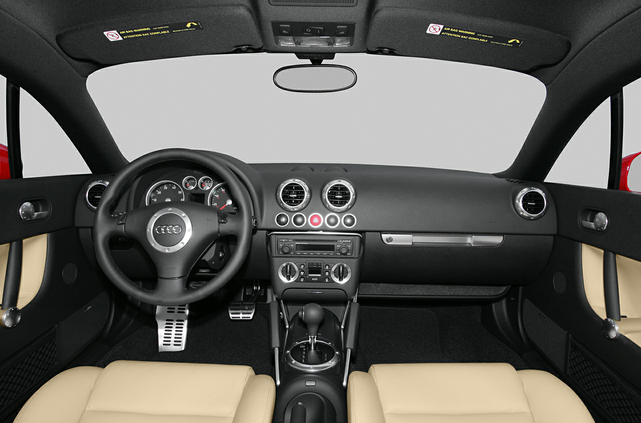 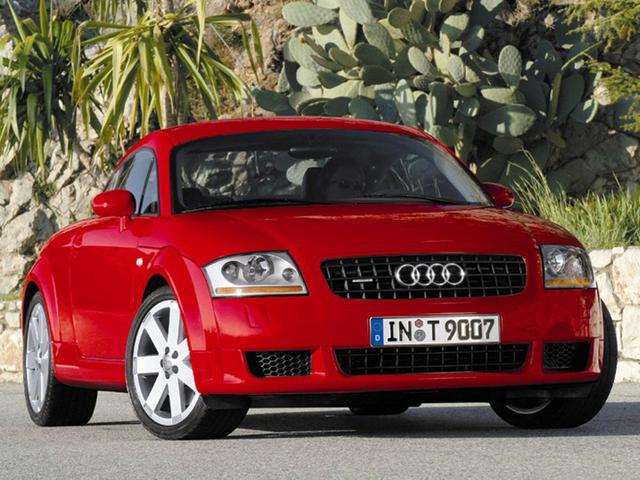