Our 1992 Hyundai Elantra trim comparison will help you decide.

The car that Hyundai Motors should have built before now is the 1992 Hyundai Elantra.

A step up from the base Hyundai Excel, the Elantra represents new priorities at Hyundai Motors, and some new possibilities.

The automobile moves upstream without going off the deep end on price. It also broadens Hyundai’s marketing structure. The Elantra is slotted between the Excel and Hyundai Sonata.

The new model has improved performance courtesy of a dual-cam, 16-valve, four-cylinder engine. And some quarters, including this one, consider it better looking.

“It has a European styling theme to it,” said Jim Webb, general sales manager for Butler Hyundai-Suzuki. “The lines are aerodynamic, and so far our customers keep telling us it’s a good-looking car.”

The sedan is a classic example of form fitting function. Curving exterior surfaces are designed for low co-efficient of drag. In simpler terms, the automobile slips through the air.

The model’s conception dates back to 1987 when Hyundai’s management decided to target a vehicle for the rapidly expanding compact market. The company sought to provide a balance among performance, stying, economy and comfort/convenience features.

The four-door can carry five passengers, but two adults in the back seat are going to be a lot more comfortable than three.

The wheelbase is 98.4 inches and the overall length 171.6 inches. But the interior design is such that there is decent if not sumptuous legroom and headroom.

The Elantra’s performance is a step below the Sonata because the Sonata’s engine has a 2.0-liter (122-cubic-inch) 16-valver. You can’t beat inches.

The Elantra’s engine is 1.6 liters (96 cubic inches), but in manual five-speed transmission form there is 113 horsepower to propel but 2,524 pounds of weight. That is a respectable power-to-weight ratio.

‘The Elantras I’ve driven have handled well and performed well,” said Cliff Alley, sales manager for Dave McIntire Hyundai-Isuzu. “It’s a car that Hyundai should have built before the Sonata. They recognize that now.”

The model comes in standard and GLS form, with the GLS constituting the upscale styling of the line. Here, accommodations are first class, with features like power accessories, deluxe full-cloth upholstery, stereo cassette, and supplementary interior lighting standard.

The Butler, McIntire, and Tom Wood agencies that represent Hyundai in Indianapolis have in the Elantra an automobile with a price spread of approximately $3,000.

The automatic is offered as a convenience to the family driver who is not all that interested in pl aying a tune on the five-speed gearbox. However, with 1.6 liters putting out 113 horsepower through an automatic, acceleration is going to be compromised when the air conditioner is operating.

The basic layout of the Elantra follows well-established design parameters.

The engine is mounted transversely in front for maximum cabin space. All four wheels are independently sprung, with the rear suspension utilizing a multilink system for road stability. It has front-wheel drive. Instrumentation and operating controls are similar to those of most domestic and import automobile manufacturers.

Overall, it results in a car that quickly becomes user friendly.

“Our customer reaction has been quite positive,” Alley said. “They seem to take to it from the first time they sit behind the wheel.”

The car is being dropped ri ght square in the middle of the auto industry’s most competitive segment, one in which a new model tends to pirate from sister models rather than competitive makes.

But Webb said, “I believe the standard Excel still will be the big seller, and the Elantra will just expand the Hyundai line.”

In competing with contemporary vehicles like the Toyota Corolla, Nissan Sentra, Ford Escort and Saturn SL, the Elantra has its work cut out for it. But Hyundai now has five years of experience in competing on the American market, and is offering a two-year/24,000-mile no-cost normal-maintenance program for the car.

“All you have to do is put gas in it,” Alley said.

Not bad looking or performing but a total lemon

Bought brand new base Elantra 4 door in 1992. This car had nothing but serious problems. 5 speed trans had to be rebuilt at 15k (wouldn't go in to 3rd gear), throttle body died at 25k, front end components started to rattle at 30k, numerous electrical problems especially exterior lights, paint flaked from exterior components, engine leaked oil, engine broke timing belt at 52k miles and bent all the exhaust valves and had to have head replaced. Car was in for warranty repairs 18 times in a little over 3 years until I got sick of being without the car for days on end and sold it. Even though Hyundai cars are better now, it left such a bad impression I would not consider a Hyundai car ever again.

First Hyundai and not my last!

January 31, 2009
By Hyundai lover from Houlton,Maine
Owns this car

Amazing car!I have drove this since November of 1991 and this is the absolute best car!I would totally recommend this almost perfect vehicle! The reliability is perfect no problems at all!I will keep driving this 'till it brakes down.I have the 4 door sedan base and got it for a little over $10,000. The comfort is good to, and the performance is like the best!The handling still is average a bit tricky. I am totally going to by another Hyundai Elantra for 2009! I hope it is as good as the old one! Absolutely buy one,Because this is no ordinary vehicle!Hopefully it is also a reasonable price,from $10- $20,000.Well by for now! 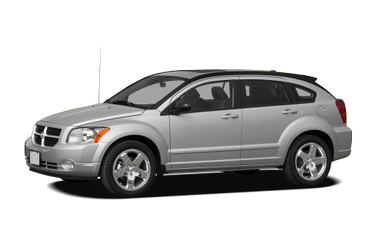 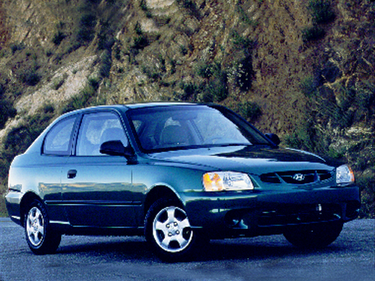 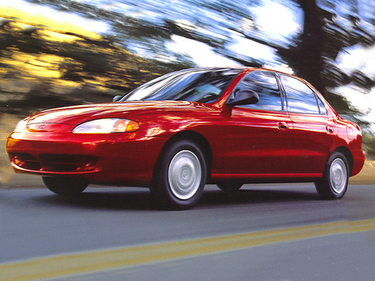 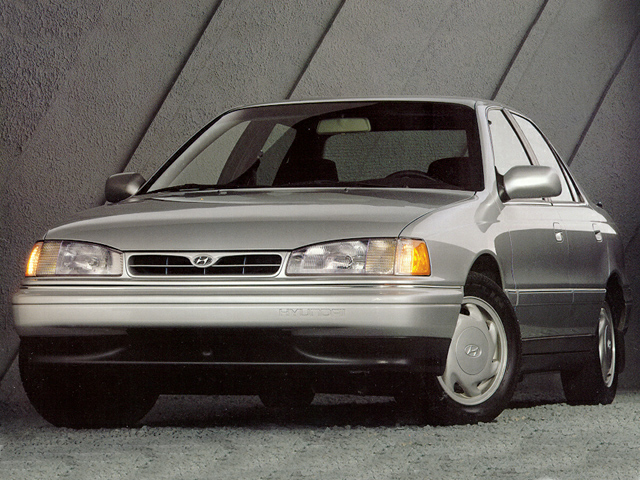