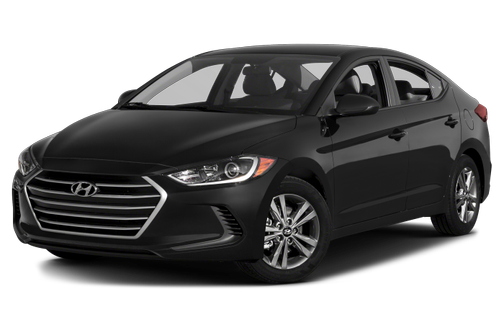 Our 2017 Hyundai Elantra trim comparison will help you decide.

The verdict: The 2017 Hyundai Elantra has been redesigned with brawnier styling, more passenger room, better fuel economy, and loads of available safety and creature comforts. Bonus: It costs about $100 less than the outgoing model (see the two model years compared here.)

Versus the competition: Compact sedans are the sneakers of the auto market: They’re practical, affordable and not very exciting, but they get the job done. Hyundai’s redesigned compact car kicks that stereotype — and many competitors — to the curb.

The Elantra competes against the similar body types likes of the Honda Civic, Ford Focus and Toyota Corolla. I’d choose an Elantra for its blend of value and comfort; compare them here.

Exterior & Styling
The Elantra was last redesigned for the 2011 model year, and the sedan’s sloping roofline and dynamic curves gave it an edge in a conservatively styled segment. For 2017, the design is big and bold, and previous buyers may not like the new direction.

It wears a version of the Sonata’s large, hexagonal grille and swaps its swooping curves for chiseled corners. The result is a more masculine look, but also a more premium one. Available LED daytime running lights that bracket the grille, as well as approach lighting that illuminates the door handles once the key fob is detected, add a premium flair. The Elantra looks right at home parked alongside an Audi A4.

How It Drives
The previous-generation Hyundai Elantra’s pleasant road manners were a highlight, helping it earn the No. 2 spot in Cars.com’s 2013 $20,000 Compact Sedan Challenge. The new model delivers a similar experience. The sole powertrain as of the car’s launch is a 147-horsepower, 2.0-liter four-cylinder paired with a standard six-speed manual or optional six-speed automatic transmission; it replaces last year’s base 1.8-liter engine. Though not exactly peppy, it’s sufficient from a stop, and the six-speed automatic quickly and smoothly spools out more power for confident highway passing.

In the mountains near San Diego, I found that the Elantra’s handling and maneuverability have improved. It’s composed in corners, with good body control and nicely weighted, reactive steering. A new Sport mode, standard on automatic-equipped cars, adjusts shift timing and power-steering assist for peppier takeoffs and an overall more engaging drive. At the other end of the spectrum, the sluggish Eco mode blunts acceleration to benefit fuel economy.

Fuel economy is up slightly this year but isn’t quite class competitive. Base, manual Elantras are EPA-rated at 26/36/29 mpg city/highway/combined; automatic models are rated a smidge higher. The previous gen’s 2.0-liter engine was rated 24/34/28 mpg. Base 2016 Honda Civics are still more fuel efficient, with a 40-mpg highway rating. A base Ford Focus is rated similarly at 26/36/30 and the Corolla at 27/36/31.

Where the Elantra needs work is in road isolation, which was also a struggle for the previous generation. Hyundai said sound-deadening material was added to the cabin, but a decent amount of road noise and vibration still filters in — though it’s not as loud as the rowdy Toyota Corolla. Similarly, the ride is again on the firm side; bumps rarely unsettle it, but even the small ones register.

Interior
The cabin lacks inspiration. I tested the top, Limited trim and was underwhelmed by the materials and design. The leather seats were cushy and comfortable, and all the touch points were sufficiently padded, but the combination of utilitarian-looking hard plastics and flat, horizontal planes fell flat against the boldly styled exterior.

The interior may not match the exterior’s upmarket look, but the Elantra makes up for that with loads of optional features, many of which you’d expect in a premium-brand vehicle. New to the compact sedan segment is an available hands-free trunk: Stand behind the Hyundai Elantra with the key fob in your purse or pocket, and the trunk will open after three seconds (following an audible alert, in case you don’t intend to open it). Other available convenience features include two USB charging ports, heated rear seats and driver-seat memory.

The sedan grew a bit in length and width this year, and the gains are felt in the backseat, where there’s now more headroom and legroom. The Honda Civic and Toyota Corolla offer more legroom, but two adults will have sufficient space on the Elantra’s comfy, lightly bolstered rear bench.

Ergonomics & Electronics
The Hyundai Elantra uses an updated multimedia system with a 7- or 8-inch touchscreen, depending on trim (base SE models make do with a small, 3-inch display). Navigation is optional on the Limited’s 8-inch unit; it’s a straightforward system with a clear menu structure and responsive screen. Tuning and volume knobs, as well as home, radio and map buttons, make toggling between functions easy.

Overall, the Hyundai Elantra is a much more user-friendly system than many competitors’, especially Ford’s Sync, in the Focus, and Honda’s capacitive touch-sensitive button and screen setup in the Civic. What’s more, Hyundai angled the screen and the larger climate controls below it slightly toward the driver for better visibility and easier reach.

The Elantra is the first Hyundai and the first compact sedan to offer both Apple CarPlay and Android Auto smartphone integration systems. The systems seamlessly project phone apps on the car’s touch-screen. They’re standard on models with the 8-inch and 7-inch touch-screens — which don’t already include standard built-in navigation, unlike some other cars. I much prefer using Google Maps over any automaker’s navigation system, so it’s good not to have to pay for a feature I wouldn’t use. After plugging in my phone and selecting the Android Auto button on the car’s home screen, I was able to see my phone’s contacts, use Google Maps and launch Pandora internet radio within seconds. Apple iPhone users have a similar experience with CarPlay.

Cargo & Storage
The Hyundai Elantra’s trunk shrunk by less than a cubic foot for 2017, and the change isn’t noticeable. With 14.4 cubic feet of space, it offers more than the Focus and Corolla but not quite as much as the Civic.

In terms of small-items storage, the Civic wins again with its enormous center console. The Elantra’s is tiny by comparison, but there’s enough room to hold small devices, like a tablet or phone.

Safety
The 2017 Hyundai Elantra hadn’t been crash-tested by the Insurance Institute for Highway Safety or the National Highway Traffic Safety Administration as of publication.

The new model offers many active safety features that most compacts don’t, such as an automatic forward collision braking system with pedestrian detection, lane-keeping departure warning and prevention, and blind spot warning. Where it disappoints is safety-feature availability. To get many of those features, you’ll have to first pop for the top trim level then select pricey option packages. All told, you’ll spend around $28,000 to get all the new safety features — a lot for a compact car.

A backup camera is optional on the SE and standard on the Limited. Click here for a full list of safety features.

Value in Its Class
Hyundai’s strategy always has been to emphasize value, and except for the pricey new safety packages, the new Elantra maintains that formula. The 2017 model starts at $17,985 including destination; that’s around $100 less than the outgoing sedan and cheaper than base versions of the Civic, Focus and Corolla. You can add an automatic transmission for $1,000. To get the 7-inch multimedia touchscreen as well as a backup camera, cruise control and heated outside mirrors, add $800 for the Popular Equipment Package.

The Hyundai Elantra always has offered compact-sedan shoppers a lot in terms of comfort and value, and the new model takes further strides down that road.

Have had ro do many repairs!!!

Car seems to be a lemon. I had issues from start and now all the door handles dont work. Paint has chipped form about year 2. Take it to dealer and they dont want to deal with issues!!!!!!

Every time I turn around I am replacing stuff on t

The seats are very uncomfortable. I have been having issues with the brakes after paying 1000.00 for the calipers, rotators and pads less then 2 months ago had them replaced and now they are grinding and the rotators are gonna have to be replaced again..

Rating breakdown (out of 5):
6 people out of 8 found this review helpful. Did you?
Show full review
5.0

March 30, 2021
By Prettywings from Delaware Valley
Owns this car

Im just greatful overall and well pleased!while im getting use to a smaller vehicle it is nice inside out!My Elantra limited is very appealing to the eye!

Rating breakdown (out of 5):
3 people out of 4 found this review helpful. Did you?
Show full review
See all 629 consumer reviews 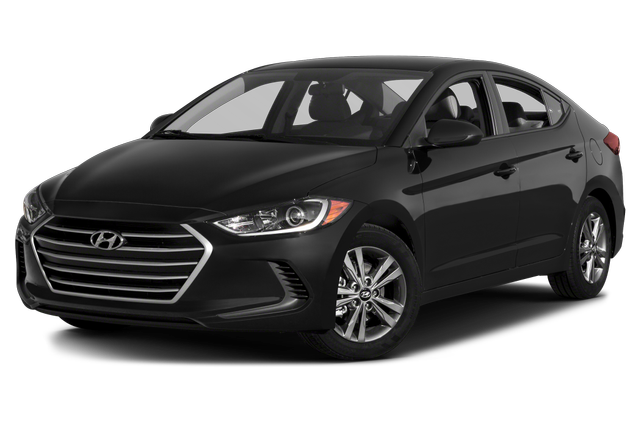 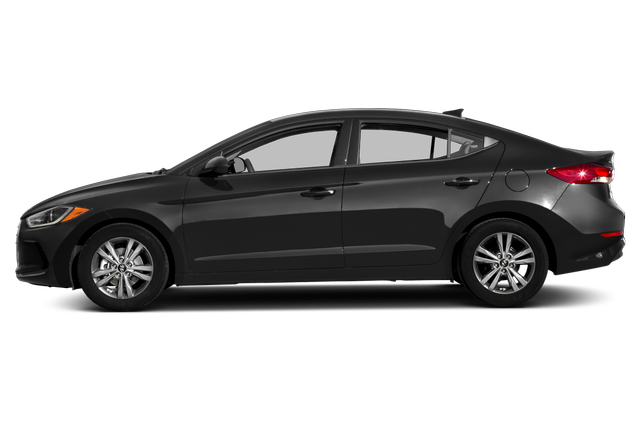 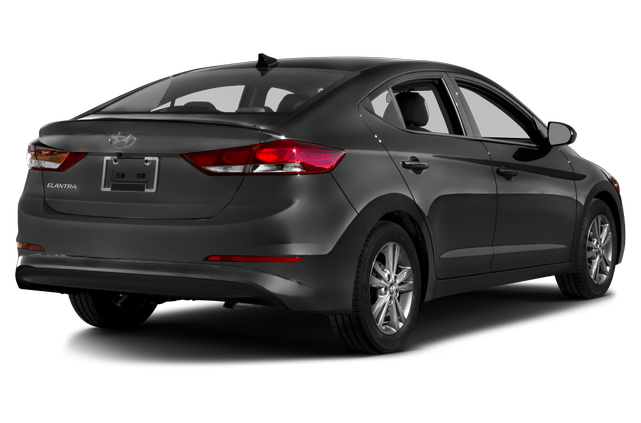 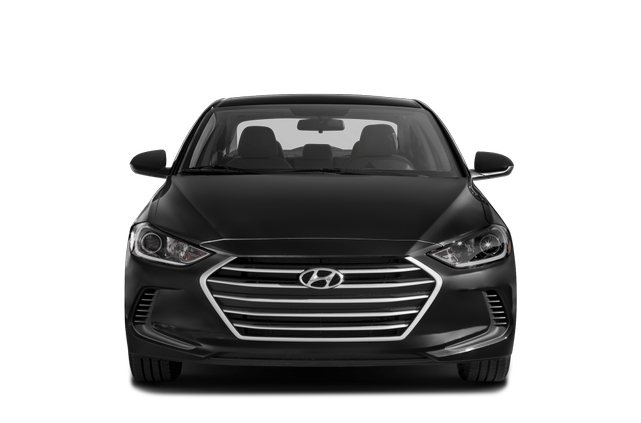 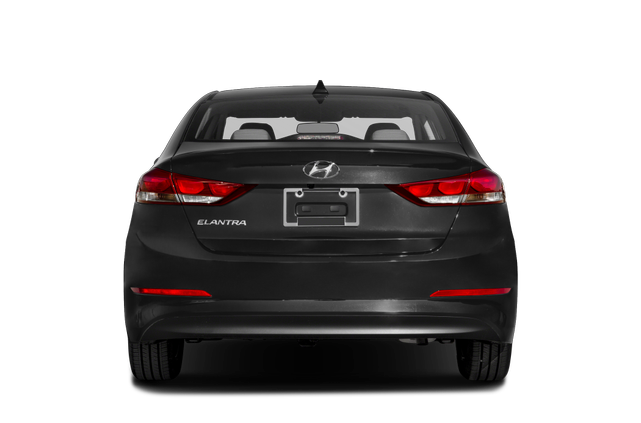 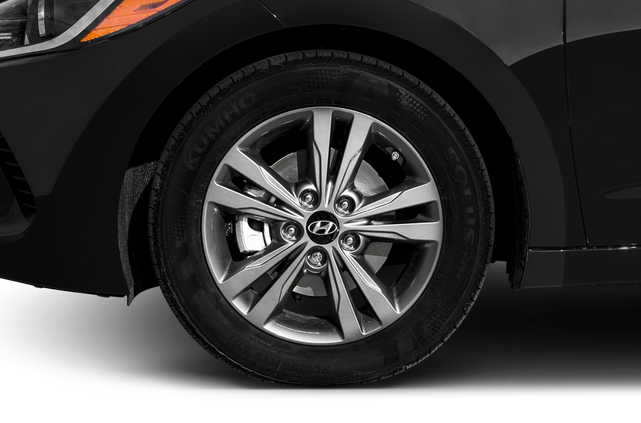 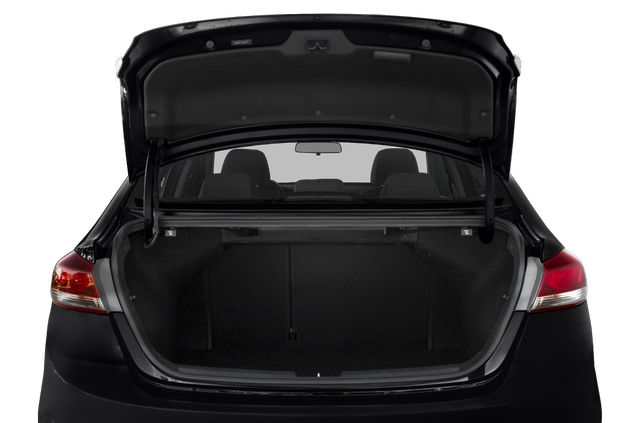 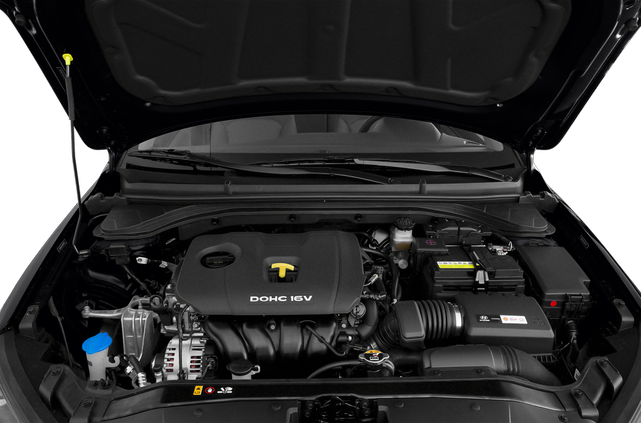 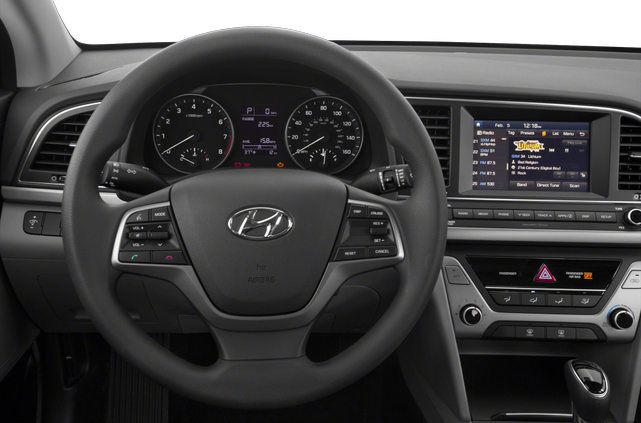 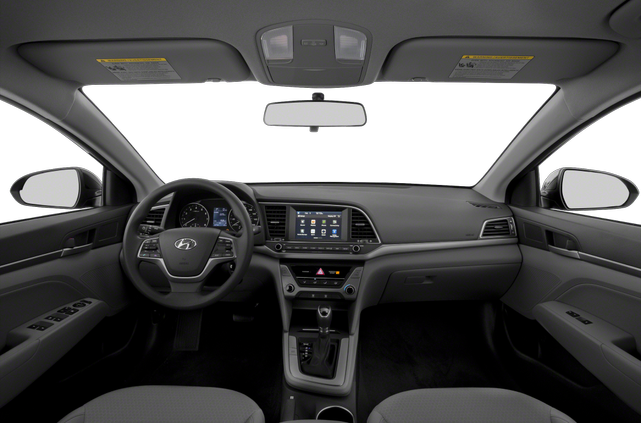 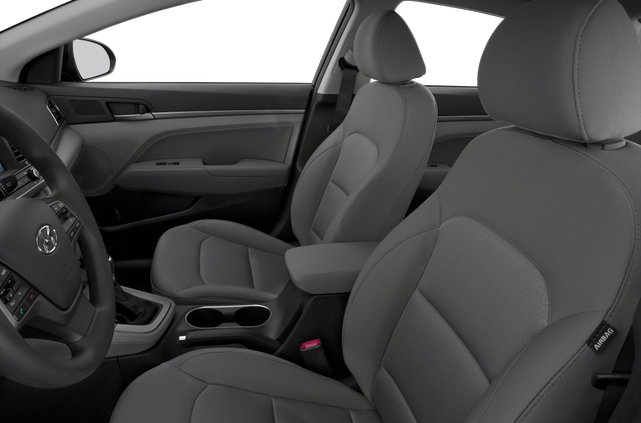 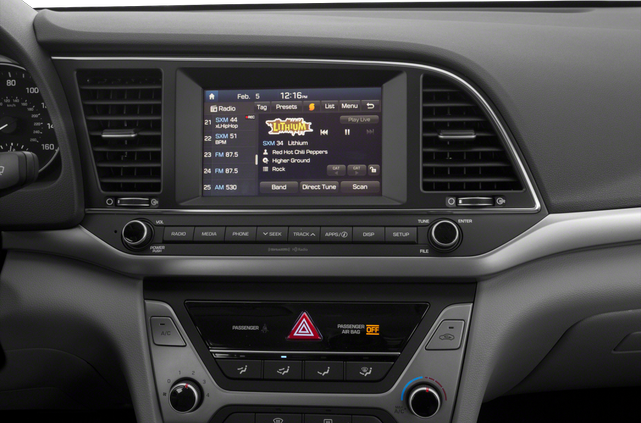 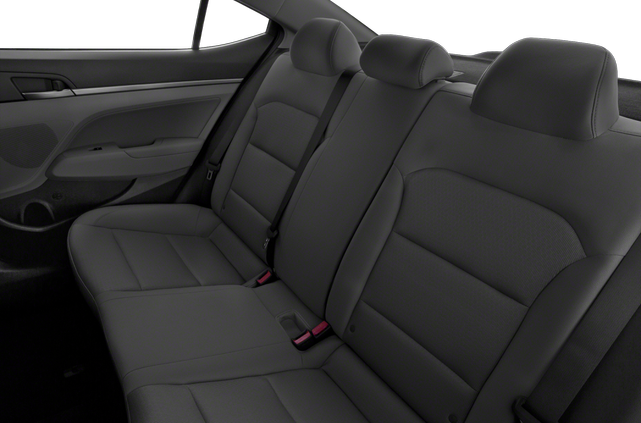 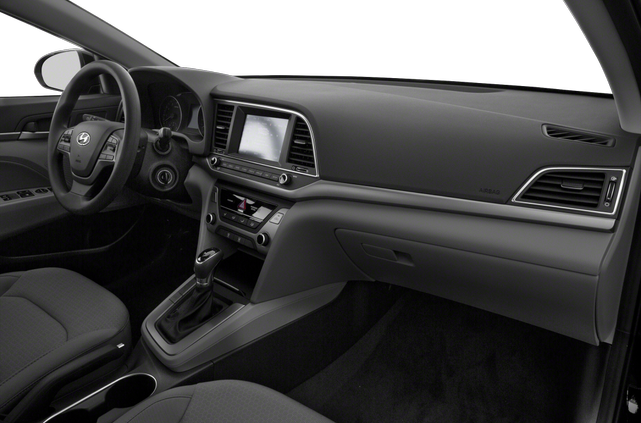 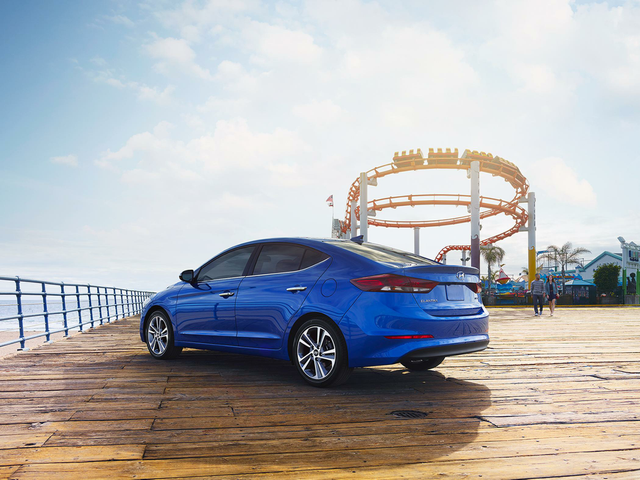 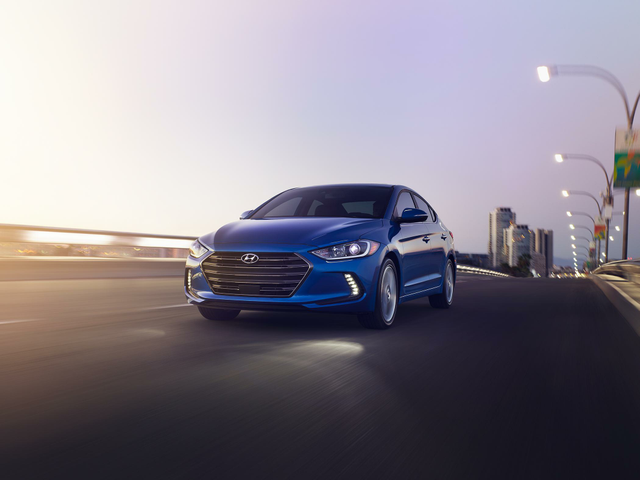 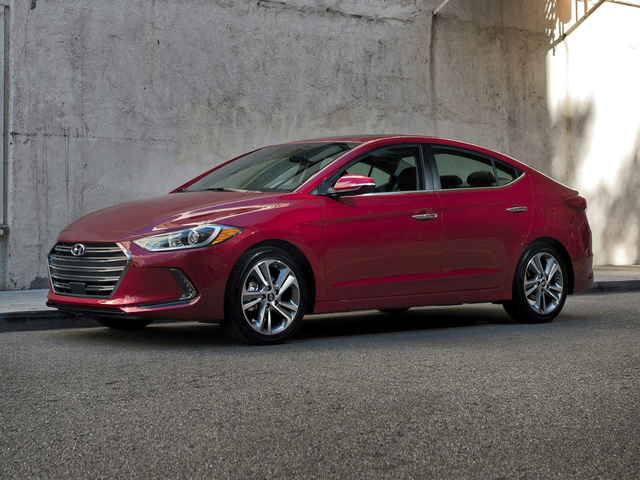 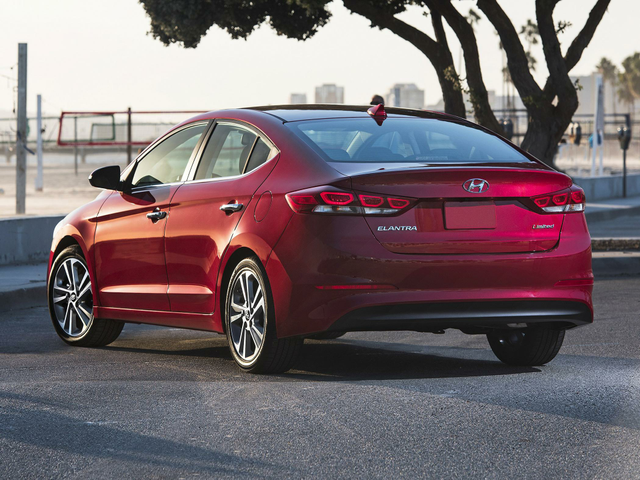 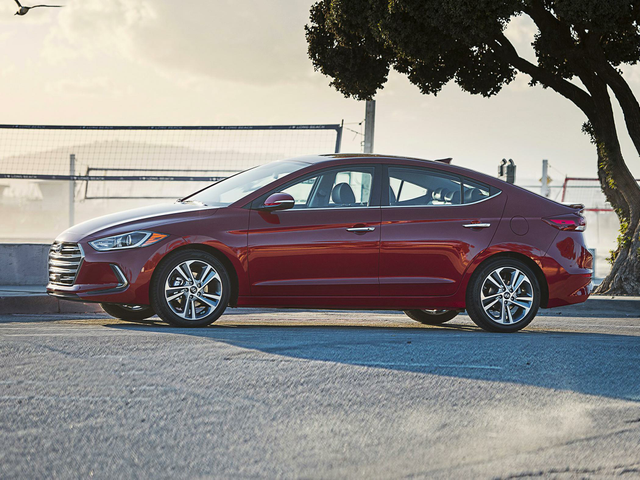 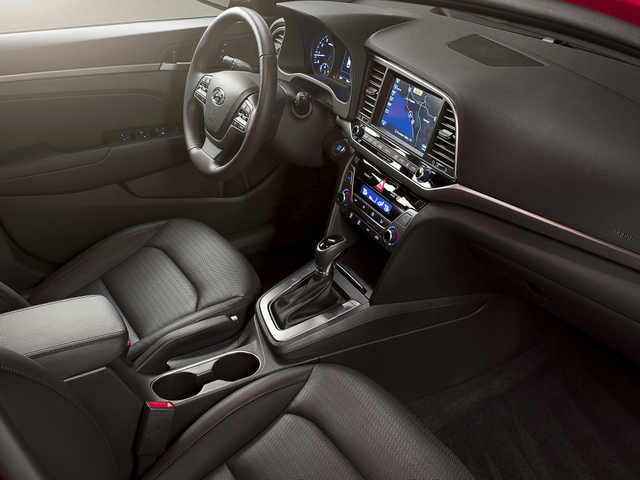 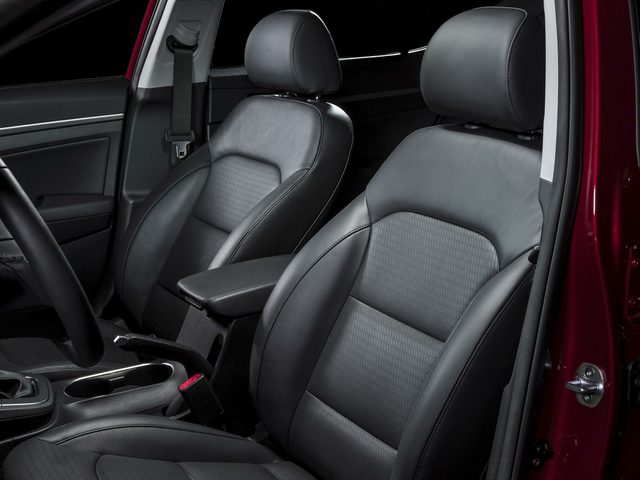 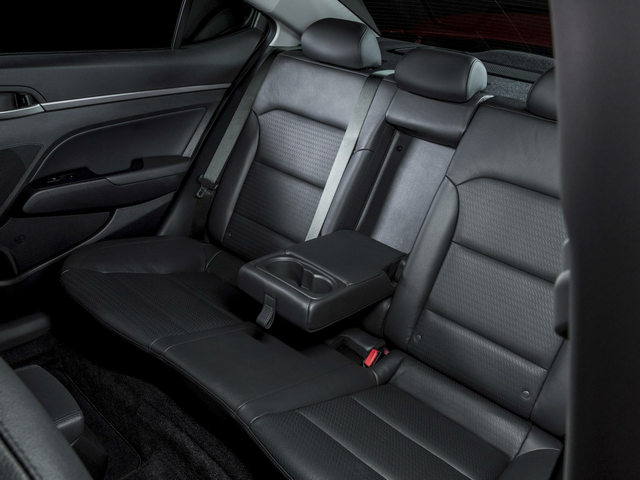