Our 2011 Hyundai Sonata Hybrid trim comparison will help you decide.

In the world of hybrids, there are two schools of thought: You can buy a Toyota Prius — a hard-core, 50-mpg hybrid with funky styling and a utilitarian interior — or you can pay more and get less-spectacular mileage in a more comfortable sedan, like a Ford Fusion or Toyota Camry hybrid. Hyundai joins that second group with its first hybrid, which is based on the Sonata sedan.

The Sonata Hybrid is a comfortable cruiser with little to no tradeoff in terms of comfort or performance compared with the gasoline-only, four-cylinder Sonata.

What exactly does the Sonata Hybrid have that will distance it from the Camry and Fusion hybrids? It has a more advanced battery pack, better mileage on the highway, a traditional six-speed automatic transmission … and it looks cool, too.

It does have some drawbacks, but none that come close to eclipsing its wow factor.

Hybrid-ness
Before I get into the performance and technology aspects of what makes the Sonata Hybrid  tick, I’ve got to point out the fact that the Sonata Hybrid looks dramatically different from its gasoline-only sibling. It all starts with a radically enlarged grille and unique LED headlights up front. There are even flaps behind that grille that open and close, depending on your speed, to maximize aerodynamics.

Lightweight, aerodynamic wheels and low-rolling-resistance tires also help reduce drag. The Sonata has a lower coefficient of drag than its competition, at 0.25 Cd versus the Camry Hybrid’s 0.27 Cd and the Fusion Hybrid’s 0.33 Cd.

People stuck in traffic around a Sonata Hybrid will likely gawk most at its taillights, which mix LED elements with a funky starburst pattern. I’ve never seen anything like it on a production car.

All these touches mark the Sonata Hybrid as a green machine — despite its ubiquitous blue badging.

Inside, all Sonata Hybrids get a digital readout between twin analog gauges that shows hybrid performance and trip computer information. Move up to a navigation-equipped model, and you get more detailed readouts on a much larger, dash-mounted screen.

All in all, the strategy works well. It’s flashy enough to shout “hybrid,” but it also exudes a sense of cool, not of smugness.

And how does it do at the pump? Mileage is rated at 34/39 mpg city/highway, which outdoes the 2011 Camry Hybrid’s 31/35 mpg rating and bests the Fusion Hybrid in highway mileage; the Ford is rated 41/36 mpg.

Performance
The Sonata Hybrid has a 166-horsepower, 2.4-liter four-cylinder engine and a 30-kilowatt  electric motor that produce a combined 206 hp. This is a common setup for a hybrid, though the Sonata Hybrid’s gas engine is a bit more powerful than many others.

For one, it uses a lithium-polymer battery instead of the nickel-metal-hydride one found in other hybrids. Lithium-ion batteries are more efficient and take up less space; they’re the type of batteries that power your cell phone and laptop computer.

Hyundai, though, uses an even more unusual lithium battery, called a lithium polymer. Basically, this type allows companies to tailor the size of their battery packs. The individual cells that make up the larger battery are license-plate shaped, but a little smaller and with a slight  bulge in the middle. They’re incredibly light, and while the Sonata Hybrid’s battery pack did seem small, cargo space was drastically reduced versus a regular Sonata. The Sonata Hybrid has 10.7 cubic feet of trunk space, while the base four-cylinder model has 16.4 cubic feet. The standard Fusion has a similarly sized 16.5-cubic-foot trunk, but its nickel-metal-hydride battery reduces the space to only 11.8 cubic feet in the hybrid.

The Sonata Hybrid’s six-speed automatic transmission is also a hybrid first. Hybrids typically use continuously variable automatic transmissions to maximize fuel efficiency. Hyundai preferred the six-speed, hoping it would provide a better driving experience, one that non-hybrid shoppers would be accustomed to.

This is probably why I enjoyed driving the Sonata Hybrid a bit more than either the Camry or Fusion hybrids, at least when it wasn’t in its eco-friendly Blue mode.

When the Sonata Hybrid isn’t in that fuel-sipping mode, shifts are crisp and acceleration is strong. It seemed to hustle faster than the base Sonata four-cylinder, though it was a bit sluggish compared with the turbo Sonata, which makes 76 more hp than the base.

My test drive took me through Southern California mountains, and the hybrid drivetrain performed well. The hybrid’s handling and ride quality are both on the soft side, like the base Sonata.

Once you engage Blue mode, though, everything changes. The transmission didn’t seem to know what to do on steep inclines, and the engine whined unsettlingly on hilly roads. Then again, hilly terrain isn’t where you’d engage this mode; it would be of most use in city traffic and in either congested or wide-open highway stretches. The company says it increases efficiency 5 percent.

I was supposed to take a shorter route on my test drive, to make sure I caught my plane home, but the guidebook only had the longer route — a fact my co-driver and I discovered at the halfway point, when we swapped seats.

As he took the wheel to pilot us the rest of the way, I was worried we’d be late. Luckily, he was a heavy-footed chauffeur and didn’t bother with the Blue mode. We hustled through the next 40 miles at a decent clip — up and down mountains, stuck in city traffic and on highways at higher speeds. That type of driving didn’t throw our mileage numbers off as much as you would think. During my more moderate — but mostly uphill — 30 miles, we averaged 27.5 mpg. After his enthusiastic driving, the computer said our average was 31.8 mpg.

Before hybrid buyers scoff at these seemingly low figures, I’ll say that these numbers should be considered the bottom of the Sonata Hybrid’s mileage spectrum. Hyundai challenged journalists to eke out the best mileage they could on the route, and that meant some people rolled up the windows, turned off the air conditioning and drove as conservatively as possible. The winner of the challenge hit 60 mpg at an average speed of just 17 mph. I would not have made my plane at that rate.

Features
There are no separate trim levels for the Sonata Hybrid, which comes with a slew of standard features and just one option package.

Prices have not been announced as of this writing.

Safety
The Hyundai Sonata is one of only two cars on the market that have received both a Top Safety Pick designation from the Insurance Institute for Highway Safety and a five-star overall safety rating from the federal government under its new crash-test procedures. Read more about the government’s new tests here.

Sonata Hybrid in the Market
Hyundai’s first hybrid is impressive in almost every way. I certainly wish it drove better in its thriftiest mode, which owners of competing hybrids generally use. However, in nearly every other area the hybrid version of the Sonata is just as impressive as the regular sedan is in its segment.

No matter its pluses and minuses, though, the Sonata Hybrid’s stand-out looks may just draw buyers who’ve been hesitant to get a hybrid sedan before because the options available just didn’t have bold enough styling.

This car got me through many years of commuting without any major issues. Looks good and runs good for an awesome price, and the gas mileage is incredible!

But then it works great. If you are looking at a high mileage one... make sure the firmware has been updated to the 2013 version and have the transmission looked at. Once the firmware is updated the car is beautiful and runs like a doll... but.. if it hasn?t been, it will chew up the transmission and be jerky between gears. Basically it?s great, just make sure it?s been taken care of and updated so you don?t unknowingly destroy your transmission

Sleek, fun to drive car that is extremely fuel efficient, safe and reliable. Car automatically trains you to drive efficiently with immediate feedback. Lots of legroom in the back. 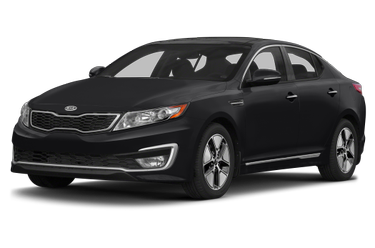 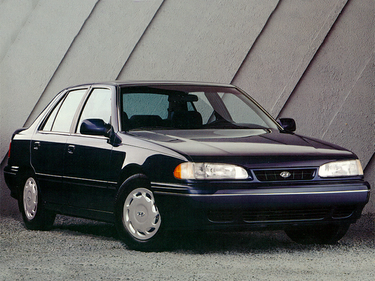 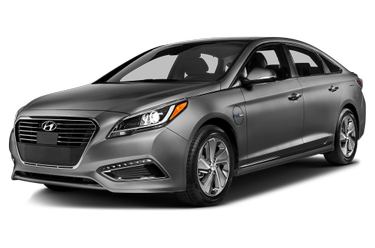 All model years for the Hyundai Sonata Hybrid 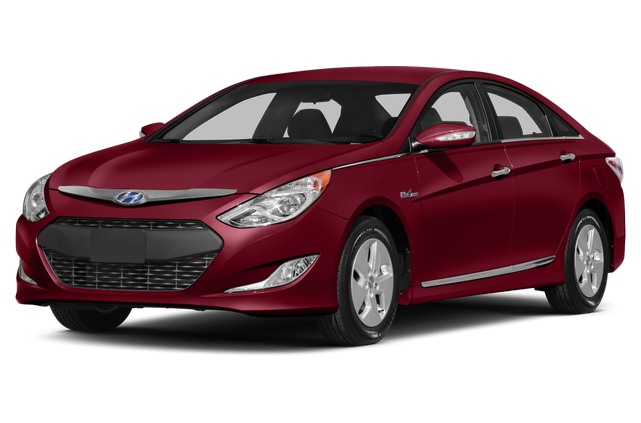 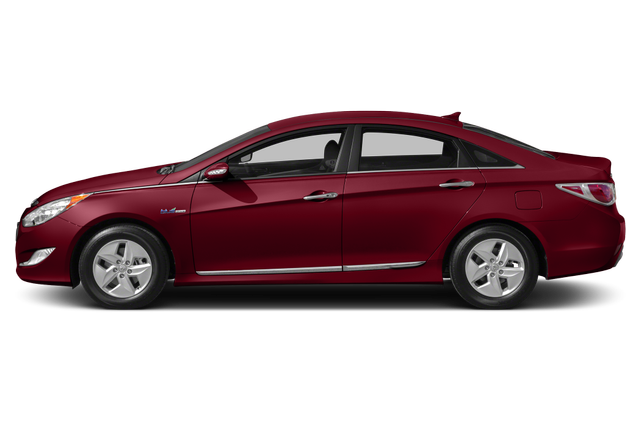 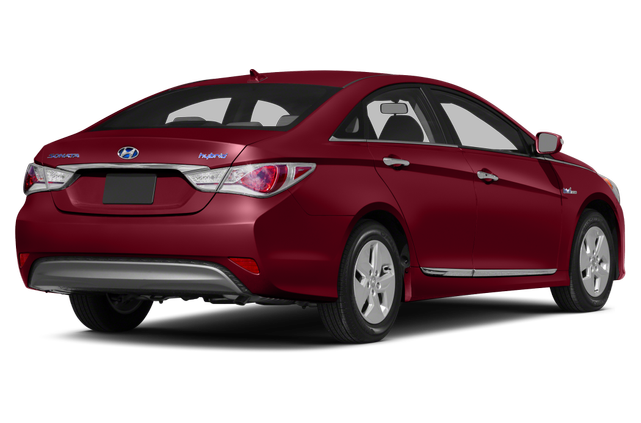 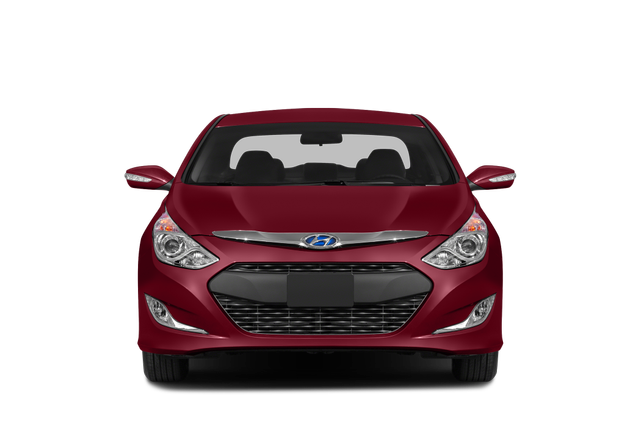 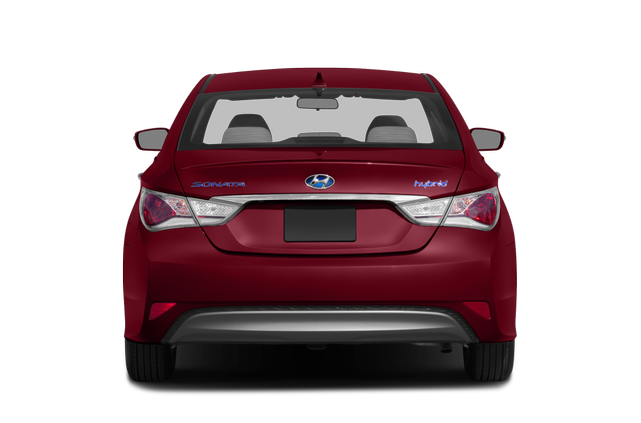 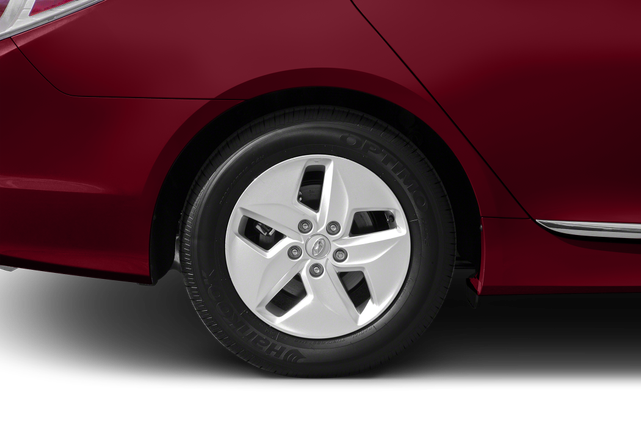 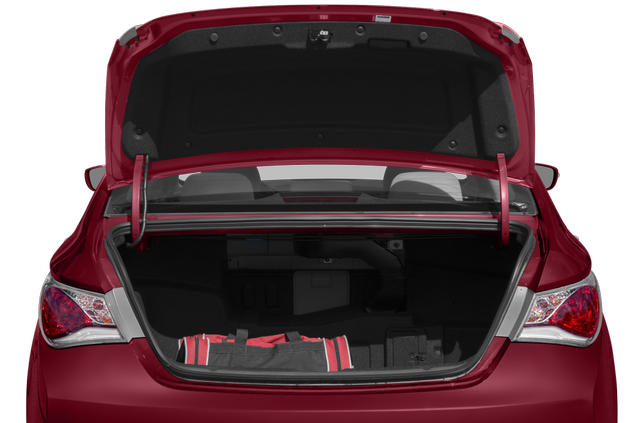 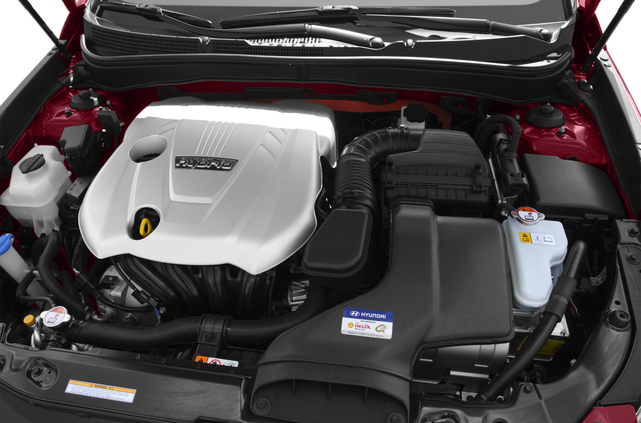 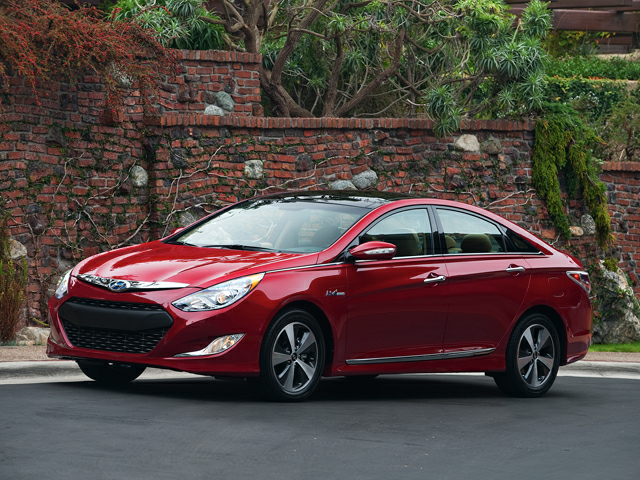 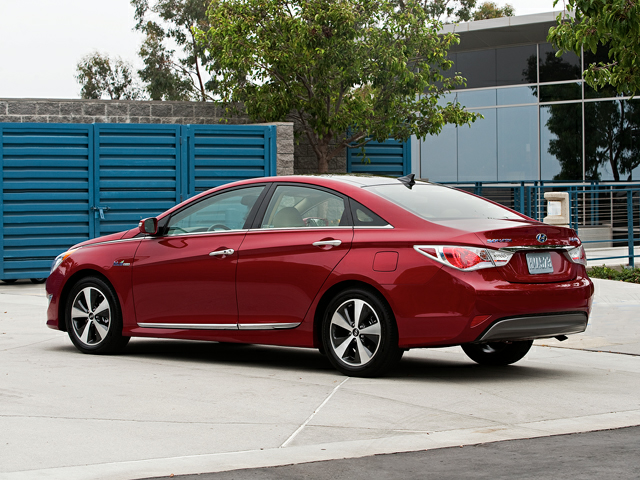 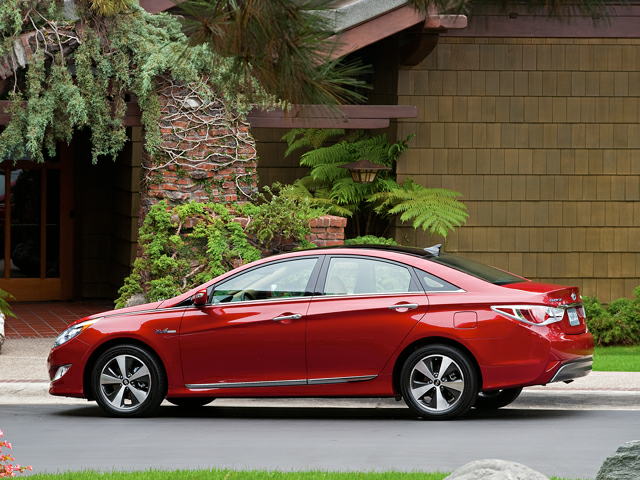 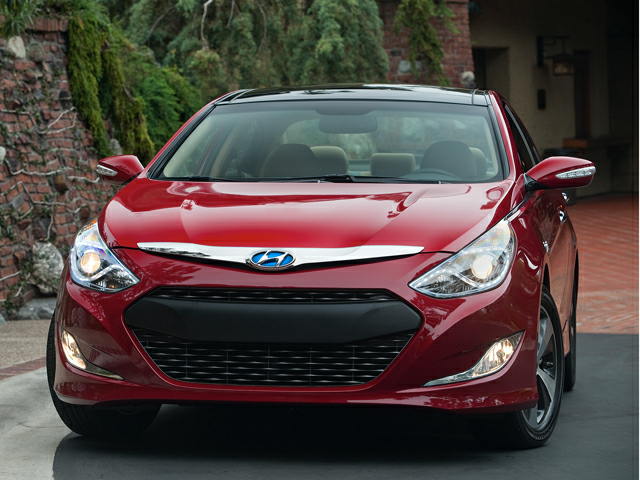 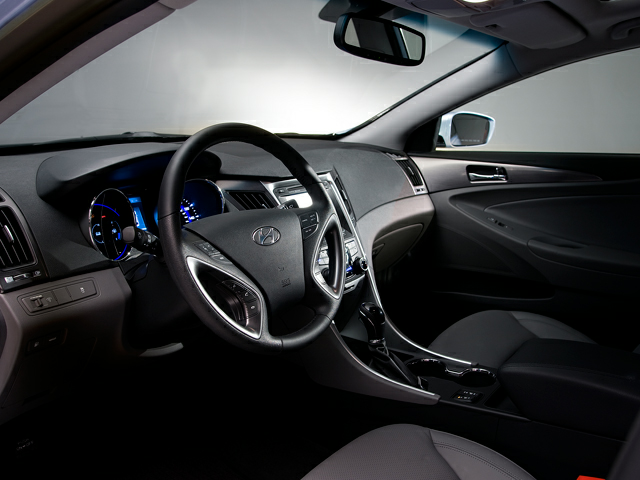 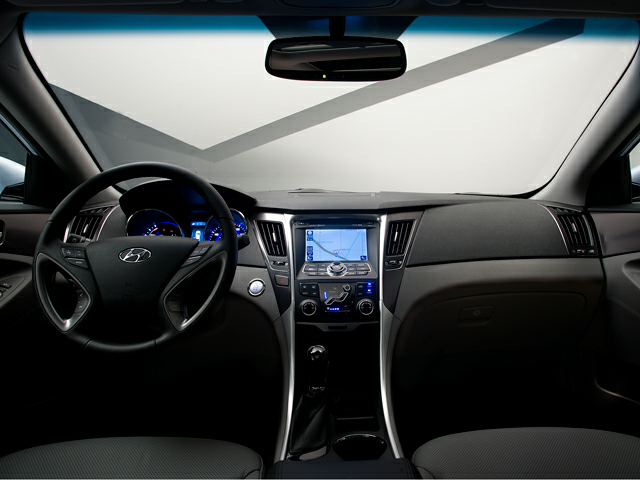 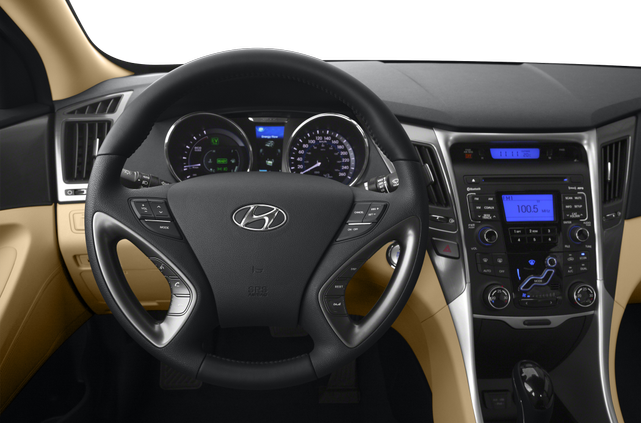 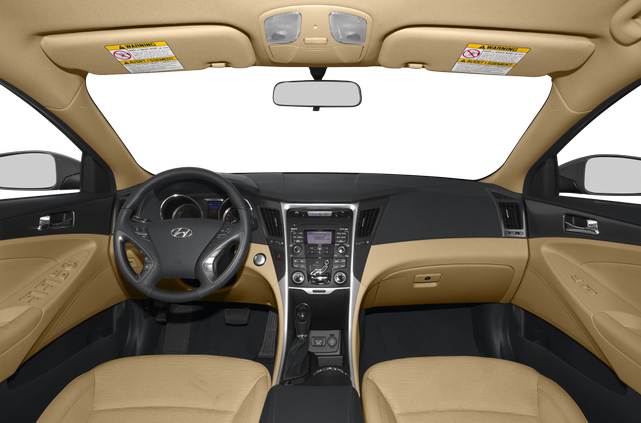 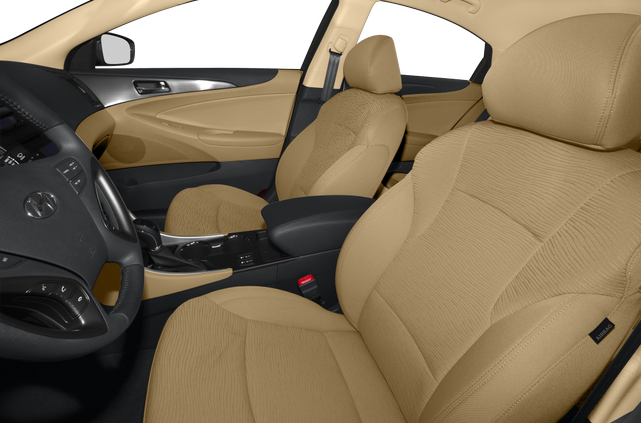 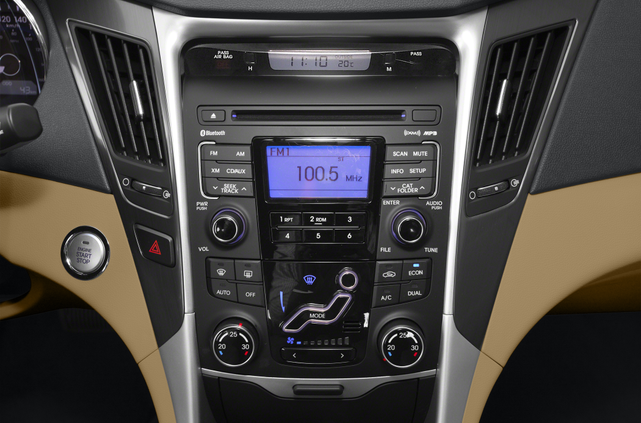 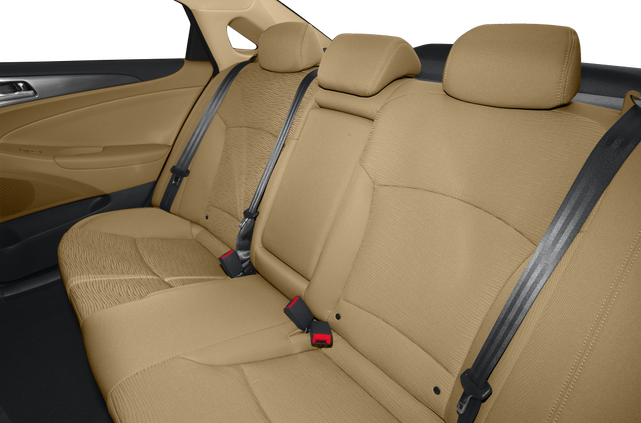 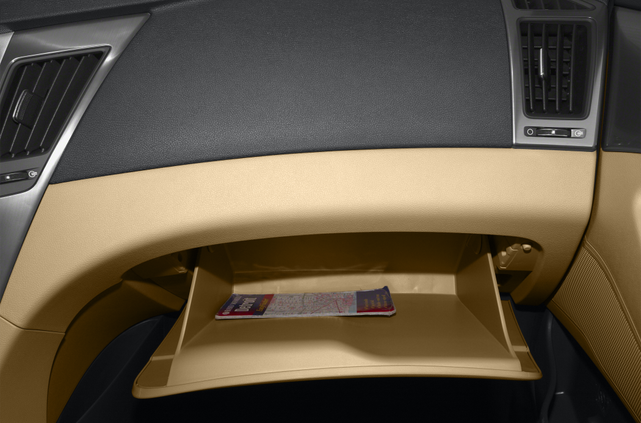 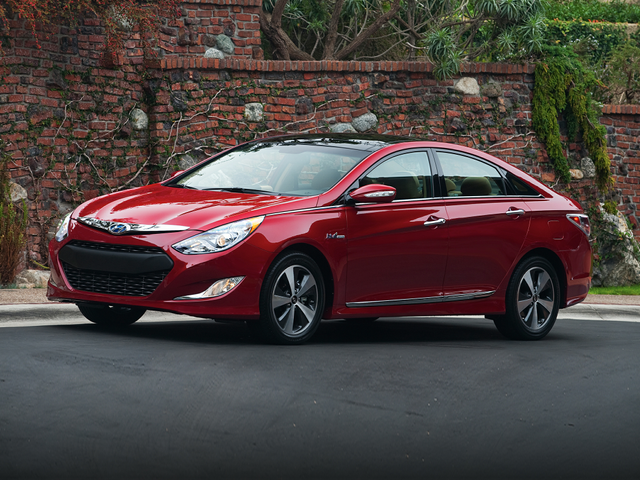 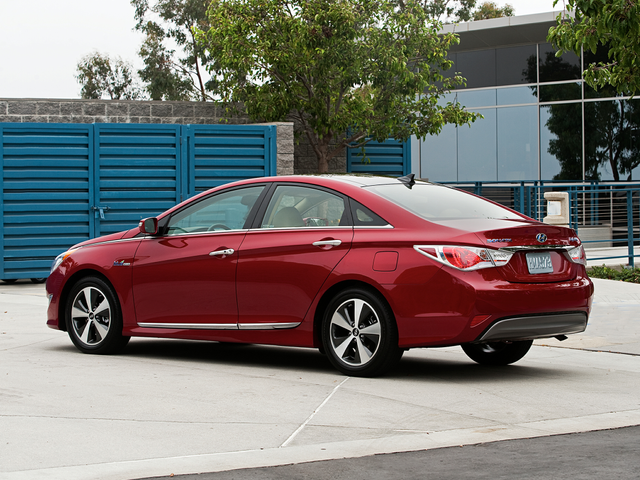 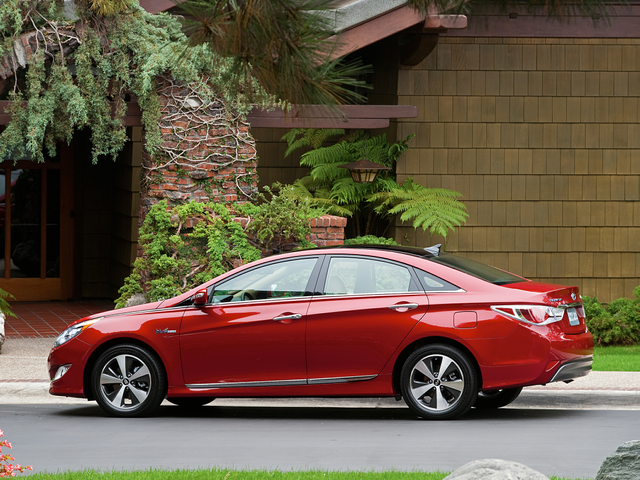 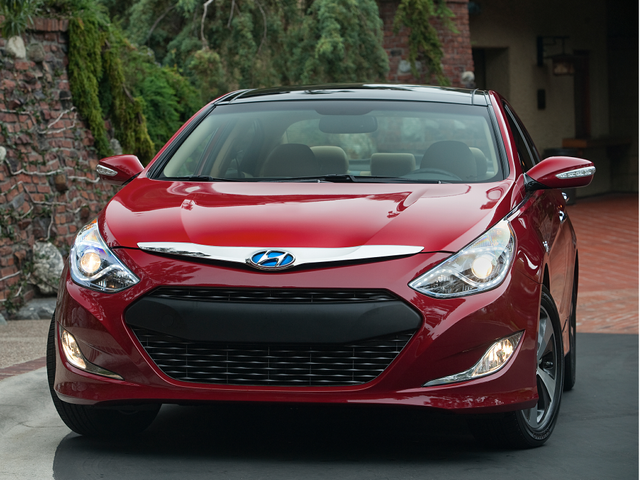 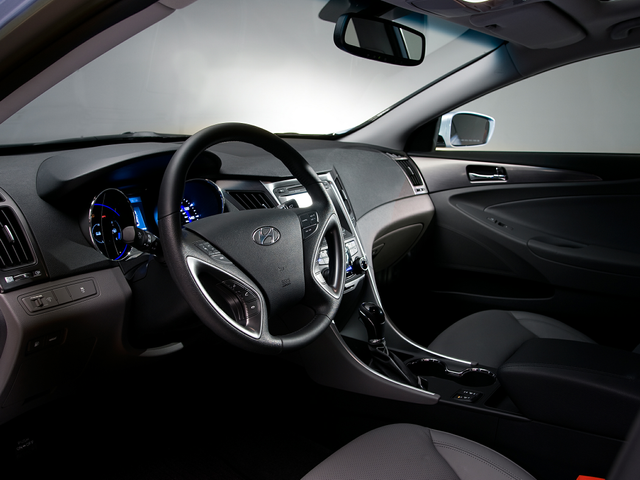 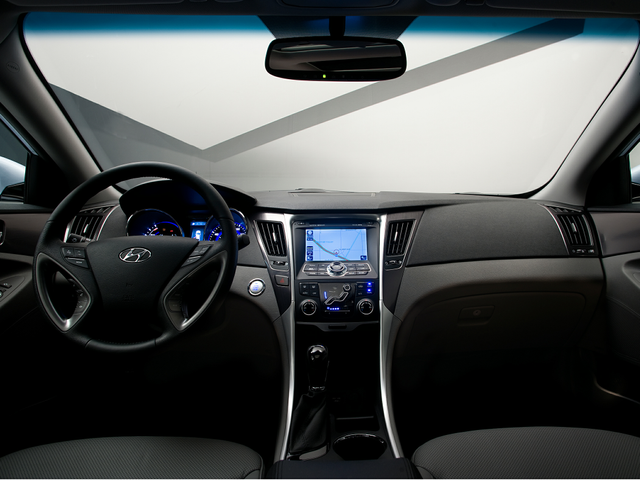