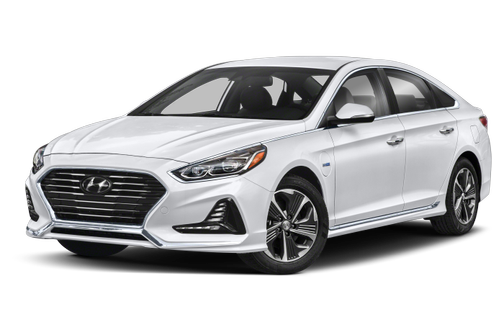 
The Hyundai Sonata's electrified hybrid and plug-in hybrid models return for 2018 with the styling and interior updates rolled out for the mid-size sedan's 2018 gas-only models. While the hybrid will be generally available, Hyundai says the plug-in version will be distributed in California, Connecticut, Maine, Maryland, Massachusetts, New Jersey, New York, Oregon, Rhode Island and Vermont, but it will be a special-order model in other states.


The hybrid hits dealerships in the first quarter of 2018 and the plug-in hybrid in the second quarter. Competitors include the Toyota Camry Hybrid, Chevrolet Malibu Hybrid, and Ford Fusion Hybrid and Fusion Energi plug-in hybrid.

Exterior
The electrified models get the 2018 design update that includes a new front end with Hyundai’s “cascading grille,” stronger sculpting, bigger openings and vertical LED daytime running lights. A new headlight shape stretches up and back; LED headlights are optional. The side panel below the doors and rear end are reshaped, as well, but the hybrids don’t get the gasoline models’ dual chrome exhaust tips. The hybrids get aerodynamic 16- and 17-inch wheel designs.

Interior
The interior gets a new center display and controls for 2018. The standard 7-inch touchscreen (or 8-inch with optional navigation) is positioned slightly higher and is easier to see and reach. The arrangement of buttons and controls is cleaner. Other tech improvements include wireless phone charging for navigation-equipped models and an additional USB port for the rear seat.

In the instrument cluster, a hybrid power and charge indicator occupy the gasoline model’s tachometer space, and the touchscreen system gets additional hybrid-specific information such as energy flow and a specialized fuel-economy report.

Like the gasoline models, the hybrids come with three years of free Hyundai Blue Link connected emergency, remote and guidance services that can be accessed via computer, a smarphone app, an Amazon Alexa skill and a Google Assistant app.

Under the Hood
The gas engine in the hybrid and plug-in hybrid is a 2.0-liter four-cylinder that puts out 154 horsepower and 140 pounds-feet of torque, and both use a six-speed automatic transmission  (not a continuously variable-ratio automatic more typical of hybrids).

The hybrid powertrain adds a 38-kilowatt electric motor for a combined powertrain output of 193 hp, and it can run on electric power alone up to 75 mph, according to Hyundai. The system’s 1.76 kilowatt-hour battery is packaged under the trunk floor, allowing the hybrid to keep a 60/40-split folding rear seat to expand the 13.3-cubic-foot trunk.

Hyundai estimates the 2018 Sonata Hybrid SE (the highest-mileage model) will be rated 39/45/42 mpg city/highway/combined as it was in 2017 (the other trim levels were rated 38/43/40 mpg for 2017). That is competitive but lags mid-size hybrid sedan mileage leaders from Toyota and Chevrolet.

The plug-in hybrid gets a more powerful 50-kW electric motor coupled with the gasoline engine for a combined system output of 202 hp. The 9.8-kwh battery provides up to 27 miles of all-electric range on a full charge. That’s also the same as the 2017 model. A full charge takes about three hours on 240 volts, and about nine hours on a regular household outlet.

The hybrid models also get the same suspension and steering improvements as the conventional 2018 Sonatas.

All model years for the Hyundai Sonata Plug-In Hybrid 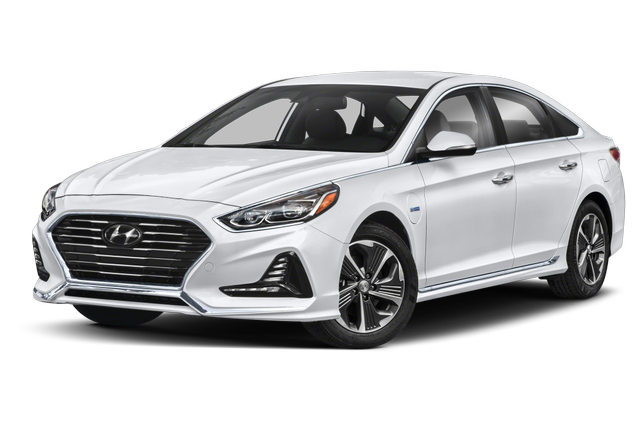 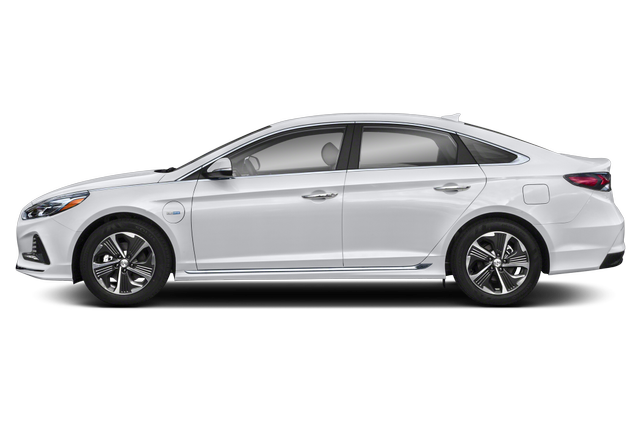 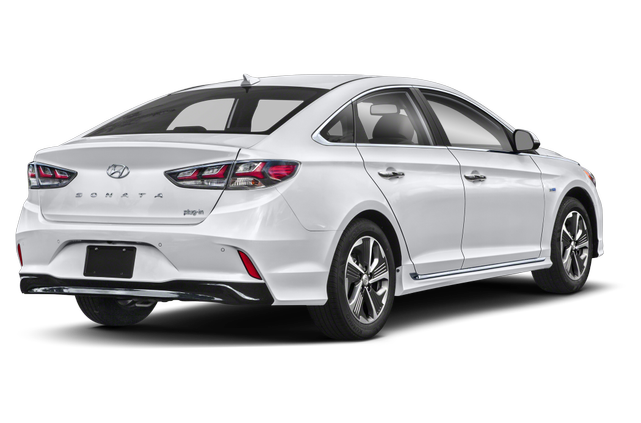 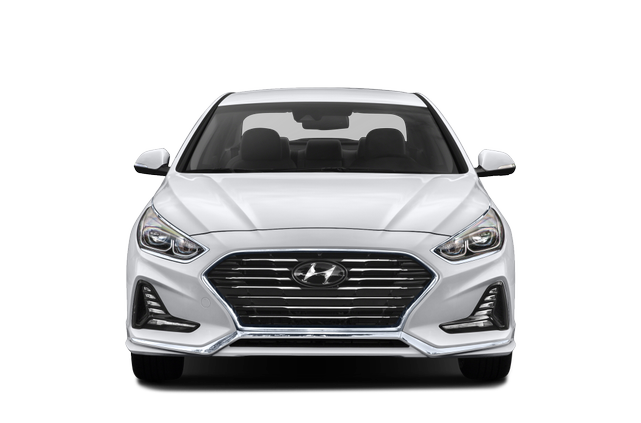 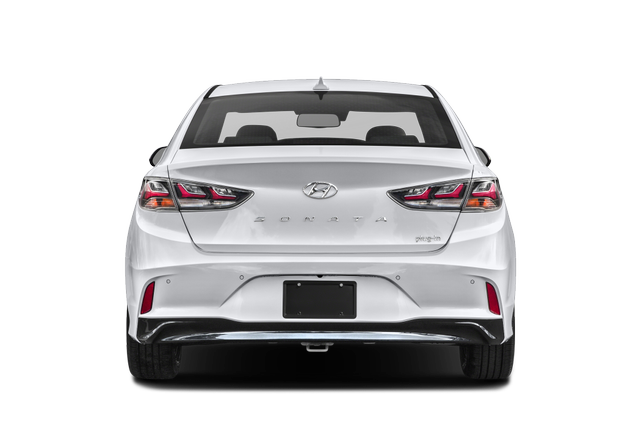 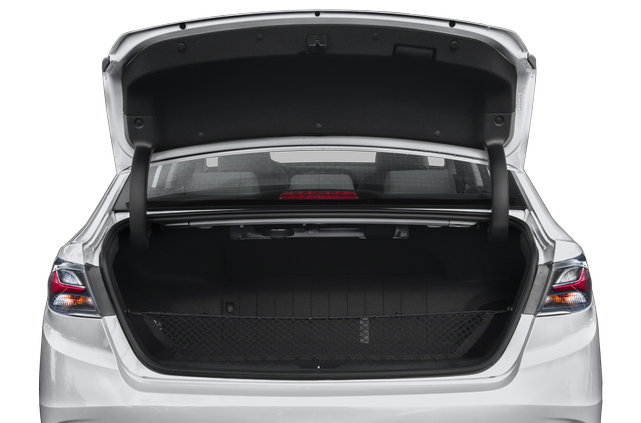 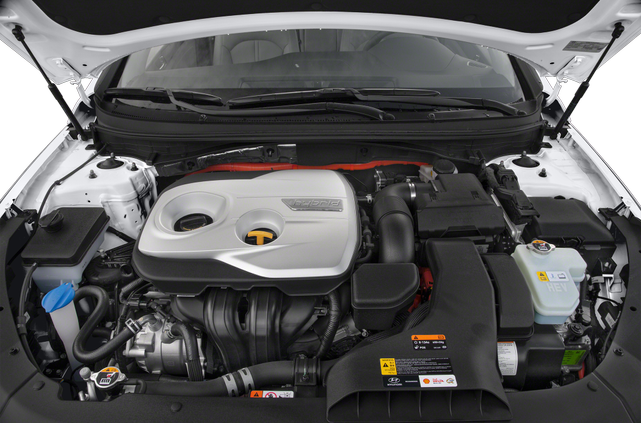 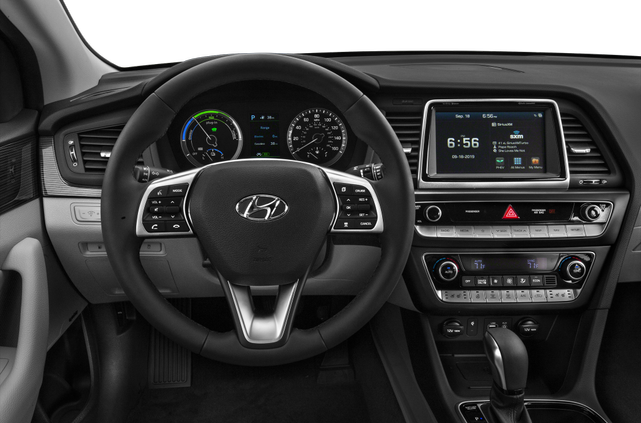 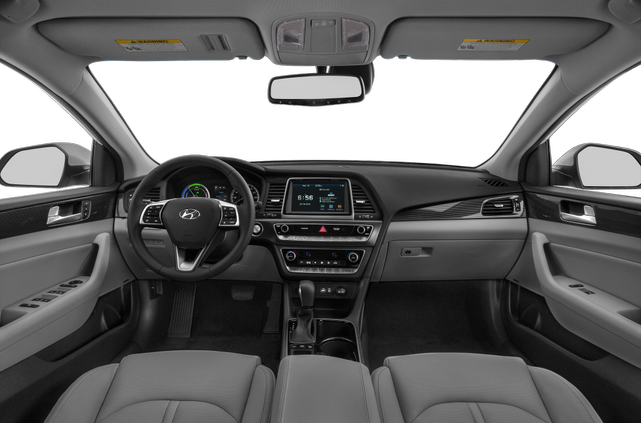 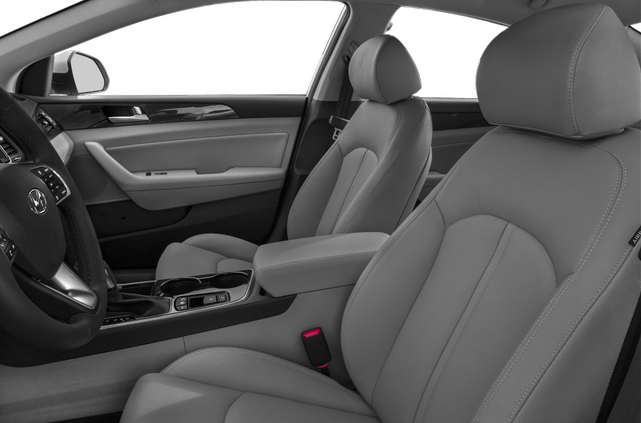 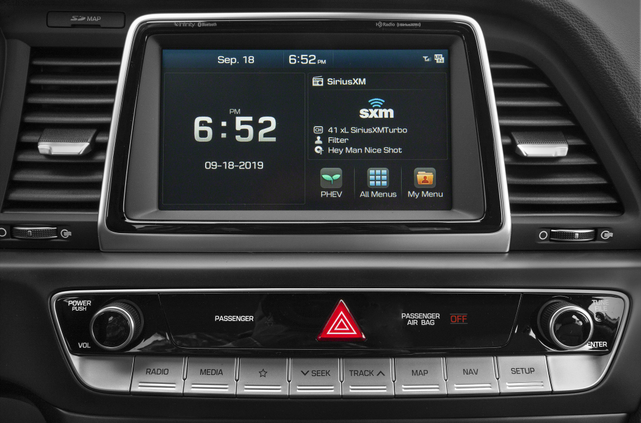 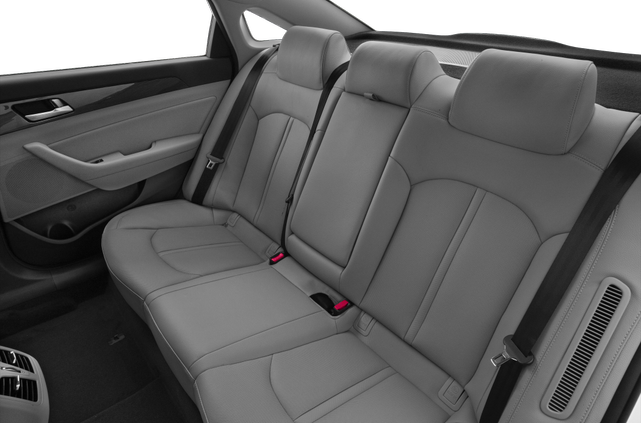 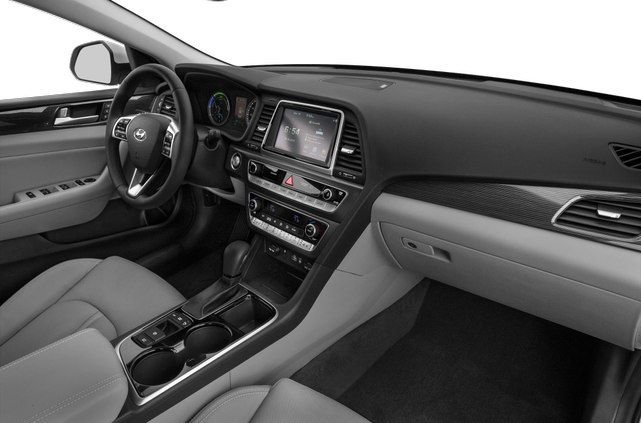 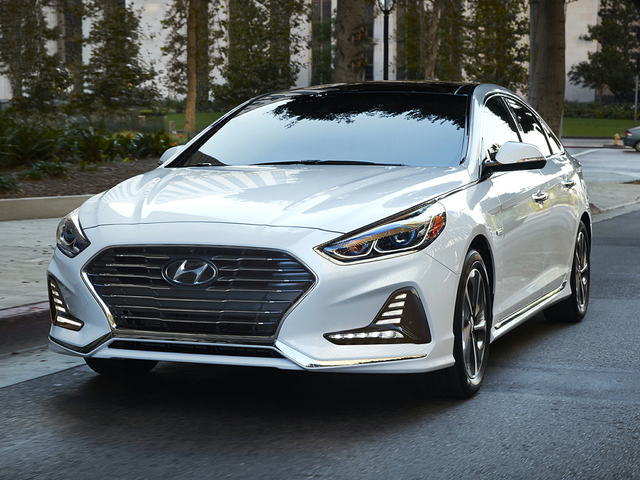 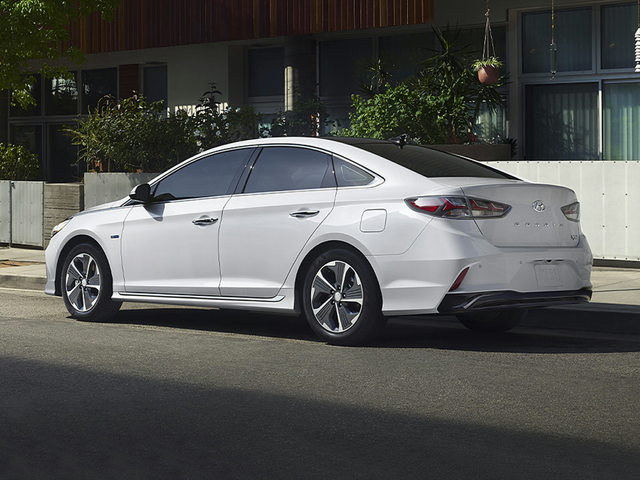 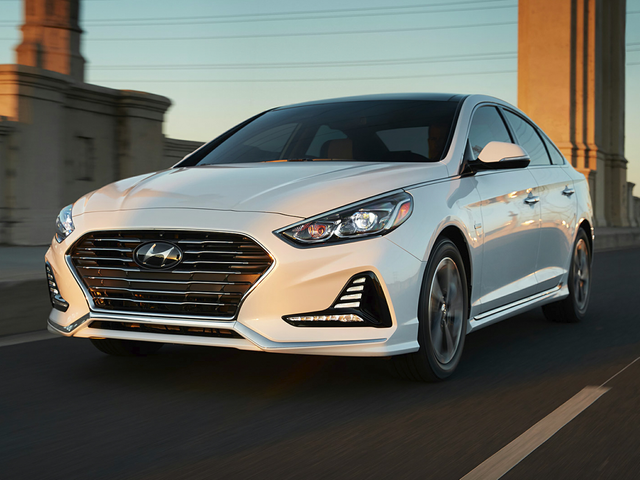 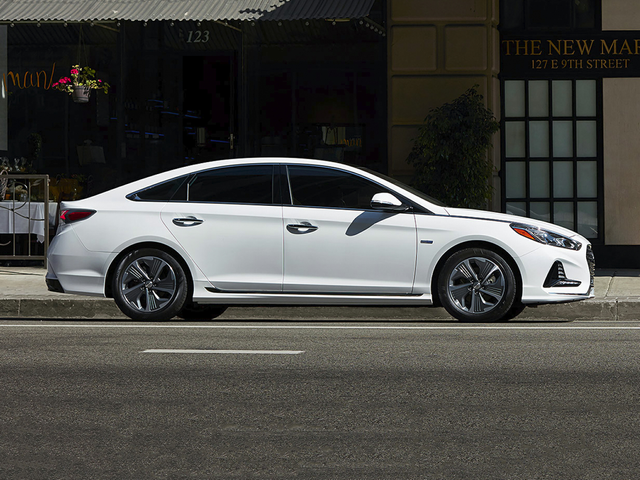 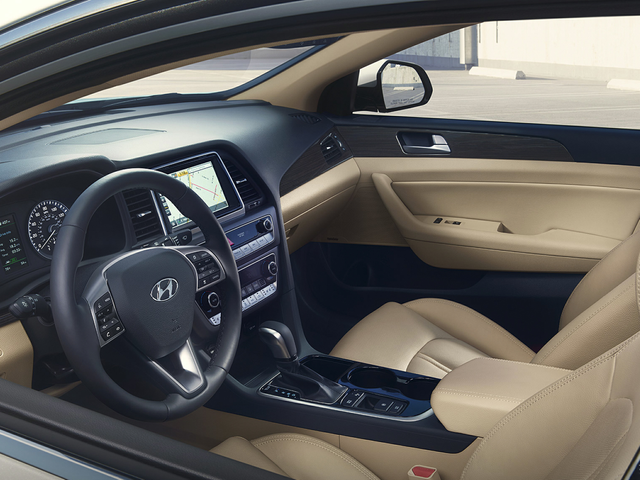