Our 2001 Kia Rio trim comparison will help you decide.

One of the common criticisms leveled at auto writers is: “Why do you always have to review the most expensive model of every car?” The answer is pretty simple. The manufacturers want us to see all the options they offer, obviously in hopes of selling more expensively priced vehicles. Thus those are the cars they make available.

Another criticism is, “Why do you always have to be writing about luxury cars?” Well, we don’t. In fact, today we go as low on the economy line as you can and offer the Kia Rio, which boasts the lowest base price in the country, $8,595. The base version is what we’d have preferred to drive; unfortunately, this car, too, was “loaded” – or as loaded as a Rio can be, giving us air conditioning, an automatic transmission, floor mats, and an upgrade package that includes power steering, tilt wheel, dual vanity mirrors, wheel covers, and side moldings. It took the price to a whopping $11,784, including the $495 destination charge.

So, like a lot of things in life, we took the Kia as we found it. That meant no alarm system or power locks, crank-up windows, no cruise control, no outside temperature display, and no tachometer. But it did have the necessities – fuel and temperature gauges, a strong heater-defroster, a driver’s seat that could be adjusted to a comfortable driving position, hand-adjustable side mirrors, and rear-window defroster.

There were pleasant surprises, too, including intermittent wipers, trip odometers, and lots of storage cubbies and a couple of cup holders. And guess what? We found it to be an OK car, and then some.

Ours came with more than 9,000 miles on the odometer. And, knowing my brethren in the motor press, it hadn’t been babied. Those miles actually said a lot because the suspension was still tight, and the car tracked straight and had no rattles. And it should stay that way. Kia knows the only way to crack the US market is by establishing a reputation of building dependable and affordable cars. In July, the company introduced its “Long Haul Warranty Program.” It consists of a 10-year or 100,000-mile limited powertrain warranty, a five-year or 60,000-mile limited basic warranty, a five-year or 100,000-mile rust-through warranty, and a five-year, unlimited mileage roadside assistance plan.

Well, the hamsters under the hood – actually a 1.5-liter, 16-valve, 4-cylinder engine with dual overhead cams – made a lot of noise under the hard acceleration required during the commute in and out of Boston. The power plant will produce 96 horsepower, but not until you get it turning at 5,800 rpm. Still, those hamsters got the job done, and didn’t make much noise at all when asked to produce at lesser speeds.

The four-speed automatic transmission had an on/off button to keep it from hunting between gears on hills, but we didn’t find that to be a problem.

Handling was acceptable. The rear suspension is a simple torsion beam with coil sp rings, while the front is a MacPherson strut system. Fine for normal driving, but nothing to make the heart sing on a curvy country road. In short, what you’d expect from an ABC (A Basic Car).

My neighbors, who lined up rides the weekend we had a Bentley, didn’t turn up their noses at the Kia. After the inevitable, “What is it?” the usual reaction was, “It doesn’t seem to have a lot of personality.”

And that was an accurate assessment. The unobtrusive Rio has a generic wedge shape with comfortable seating positions. You have the feeling of sitting a bit high, if anything. And it’s a car you wouldn’t mind being seen in.

One neighbor did ask for a ride, but it was because his car was out of service and he needed a lift.

Producing a styling knockout wasn’t Kia’s goal. Making an affordable, high-quality vehicle was. With the Rio’s pricing and warranty, they’ve met that objective.

Sales seem to be following. Kia (that’s a company name, not an acronym) means to arise, ome up out of Asia. By 1999, Kia had dealerships in every state except North Dakota and sales across its line (besides the subcompact Rio, there is a Spectra hatchback sedan, Sephia compact sedan, Sportage SUV, and Sportage convertible SUV) had risen to 134,594 – up from 12,163 in 1994.

For the price, you get a new car with a great warranty for less than you’d pay for a lot of three-year-old cars. Forget the temptation to call it a bottom-feeder. It’s inexpensive, but it’s also a safe and serviceable vehicle that merits a look.

Saying “you get what you pay for” seems like an unfair putdown of this vehicle. Actually, you get a bit more.

We were sitting around the kitchen table thinking of some folks who might buy his car, and we came up with a lot of possibilites. So has Kia.

Likes: A small thing, maybe, but even after 9,000 miles the wipers cleared a wide, clean swatch without leaving any streaks.

Annoyances: The gas pedal has a vibration and feels like it’s attached to a very long spring.

Really easy car to work on

December 16, 2020
By Fun car from Columbia California
Owns this car

After not having a very good experience at the Kia dealership if I decided to spend $1,000 and restore this car with new paint and everything about $1,500 I have a car that's easily worth 10 grand to me

Most reliable car I have ever owned.

August 6, 2017
By Miguel from Germantown, MD
Owns this car

Good enough car for commuting. Thrifty in the city, but in highway, over 65 miles/hr., it gulps like a big car. Seats 4 medium size people comfortably.

Kia Rio 2001 2nd most reliable car & I bought it used in 2010! Most reliable, fun-to-drive, great power-to-weight ratio, car was my first new car, a 1986 Mazda 323. This car wouldn't quit even after selling it to a person who abused it terribly for years after. Didn't like selling it. I don't like having to sell my 2001 Kia Rio either right now. Worst car was bought new; a 1987 Ford Taurus(w/the underpowered 2.5L four cylinder). Engine & tranny broke twice, each. My Kia has reliable+strong 1.5L, 5-speed manual. Hate having to sell it now. 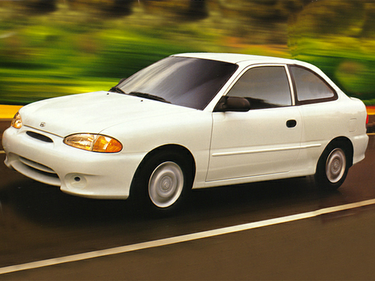 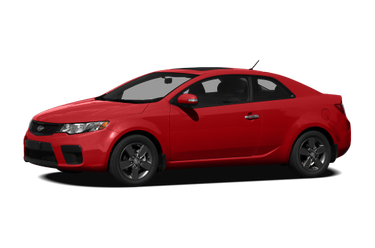 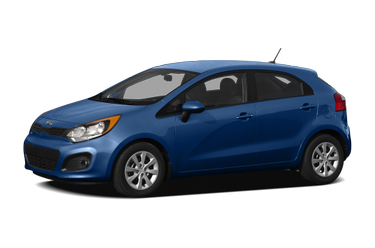 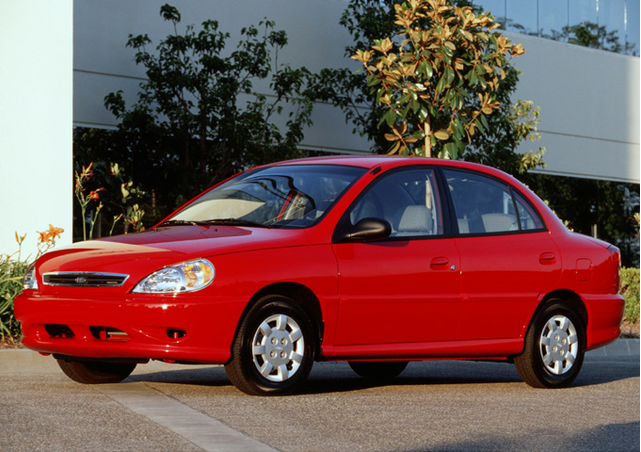 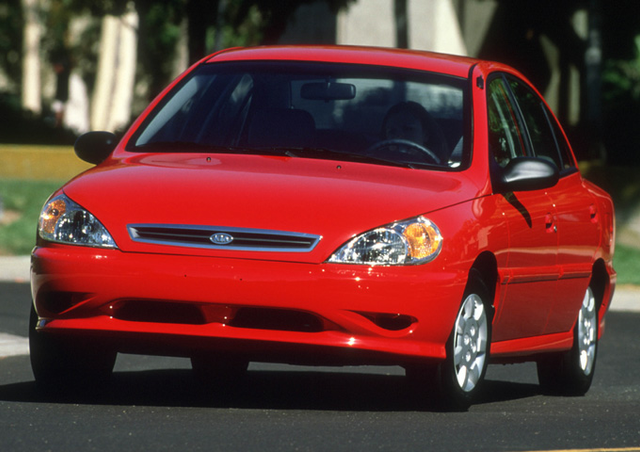 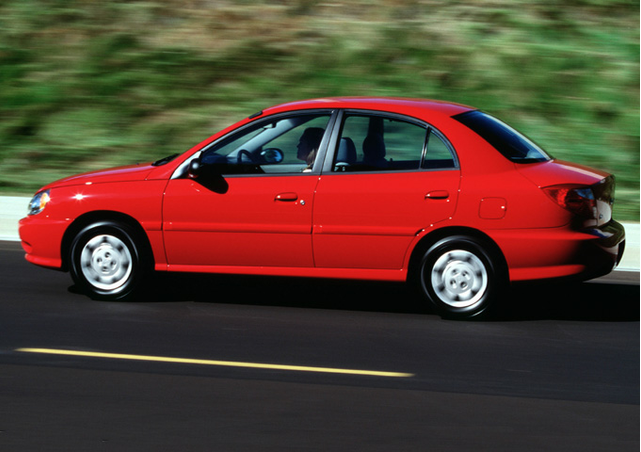 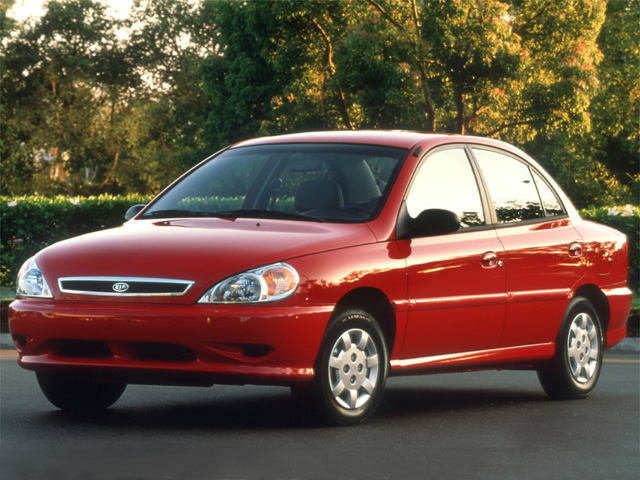 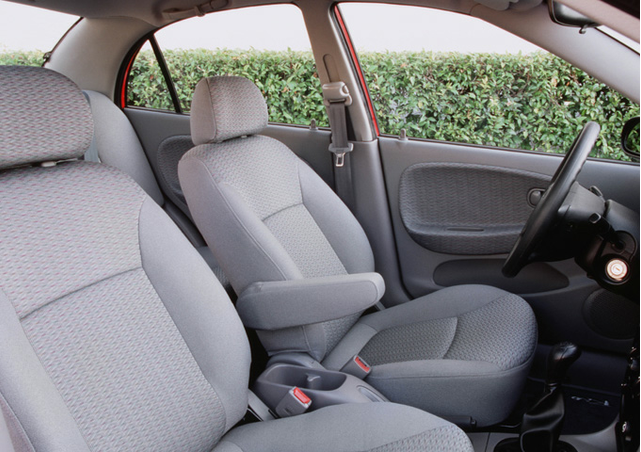