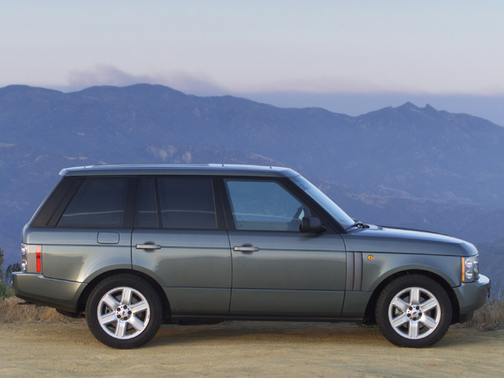 Hard to comprehend why anyone would spend $70,000 for a vehicle designed to bounce over jagged boulders, climb mud-spattered hills, shoulder its way through forests and then, after a quick bath to remove the grime and expose the scrapes and scratches, carry Mom and Dad to dinner and the theater.

“Of course, they might mean they’ve driven on a gravel road, but 30 percent do say they regularly take it to a national park or the back country or the beach and 7 percent say they are hard-core off-road hobbyists,” he said.

Folks who need to be medicated when the first scratch appears on their $15,000 Chevrolet Cavalier can’t comprehend the beating other folks will give a $70,000 Range Rover.

Of course, those who don’t comprehend can’t afford a $70,000 sport-ute, especially one that gets only 12 m.p.g. in city and 17 m.p.g. in highway driving on smooth, flat pavement in clear, dry weather thanks to its size, weight (5,400 pounds) and full-time all-wheel-drive.

But, of course, while some purchase a Range Rover out of a sense of adventure, others acquire one for the image as evidenced by the fact the typical buyer profile shows the average age at 43 and average income at $300,000, and the owner typically has two or more homes and three or more cars–none of which is a Cavalier.

Regardless of who buys and where they take it, it would be difficult to imagine anyone handing over $70,000 after falling in love with Range Rover’s fashionable styling.

The ’03 Range Rover, only the third remake of the machine in 32 years, sports a 5-inch stretch to the wheelbase, as well as more than an inch added in height and width and 5 inches added to overall length.

Yet it still looks like a Range Rover, a box on wheels that stands rather tall to provide clearance to traverse boulders, hills, fallen trees, swamps, streams, sand dunes and, if needed, Cavaliers.

One of the problems of standing tall is that it raises the center of gravity. So when you get behind the wheel of a Range Rover and take a turn at speed, you’ll get a quick education in the laws of physics as they pertain to body lean that neither high-school teacher nor college professor could successfully demonstrate in a classroom.

The Range Rover we tested came with Dynamic Stability Control (DSC), which keeps the 19-inch, all-season, mud-and-snow, radial tires planted firmly without slipping even during extraneous gyrations. When sensors detect wheel slippage, DSC reduces engine power and applies the ABS to the wheel that needs braking to keep the vehicle going in the direction intended.

But while planted below, you will lean above. When not cornering or turning, the ride is fairly smoo th. But a Chevy Tahoe is more agile in getting into or out of the parking space. In fact, a Tahoe is more nimble on the open road as well, and less prone to lean in corners or turns because it isn’t as top heavy as the Range Rover. But then, it’s only about half the price.

No shortage of stretch space in the Range Rover cabin. There’s also ample room for all the buttons, dials and levers to pull, push, tug or yank, such as the hill-descent control that lets off-roaders travel down steep grades at 2 to 5 m.p.h. to maintain control, and the height-adjustable suspension that allows you to lower the machine by 2 inches when loading passengers so they can climb aboard without a running leap.

The adjustable suspension also means that when entering a parking garage, a press of the button provides 2 extra inches of clearance between you and those overhead sprinklers.

Changes for ’03 include stiffer body/chassis, fully independent suspension with air springs and a new torque-sensing differential that continuously and automatically changes the torque sent between front and rear axles based on available traction.

A new 5-speed automatic gives you the option of manually up- or down-shifting while an electronically activated 2-speed transfer case allows shifting from low to high or high to low on the move for those hill-climbing moments. There’s also 11 inches of ground clearance to provide for better approach and departure angles for those hills.

As part of the purchase agreement, Ford agreed to use the engine until it decides to replace it with one of its own. More than ample power, just keep in mind that each burst from the light reduces the meager 12/17 mileage.

Standard equipment includes traction control, four-wheel ABS, front- and side-impact air bags and front- and rear-seat side air-bag curtains, power windows and sunroof (with “pinch” sensors that retract the glass if hand or arm are in the way), power locks (with motion sensors activated when you use the key fob to set off an alarm if someone tries to get inside or attempts to lift it onto a flat bed to take it away), heated front/rear windows and steering wheel, automatic climate control, trip computer, puddle lamps in the outside mirrors, front and rear fog lamps, power tilt/telescoping steering wheel, headlamp washers/wipers, AM/FM stereo with cassette and CD player and a navigation system programmed for off-road capability.

Despite the criticism leveled at big SUVs in recent months, Baker said Land Rover anticipates sales of 11,000 Range Rovers this year, up from 8,500 last year.

While even those making $300,000 a year don’t like high gas prices, any spike in fuel simply sends them to one of the other vehicles in the garage. And as for criticism that when a big SUV runs into a small car, those in the small car suffer most, obviously those who earn $300,000 a year take that as an endorsement of the big SUV rather than an indictment.

In a Huffington: The Detroit Project, co-founded by Arianna Huffington, the TV talk show regular who sounds like Zsa Zsa Gabor, has been asking folks to dump their big SUVs in favor of smaller, high-mileage cars.

Now her group has issued a press release about two people who listened to the plea.

“A third-generation oil-field worker from Texas explained trading in his Ford Explorer for a Honda Civic hybrid: ‘I believe this is the patriotic thing to do.'”

And “a Florida documentary filmmaker traded in his Jeep Cherokee for a T oyota Prius, saying: ‘Trading in my SUV was a personal expression of patriotism.'”

Patriotic to purchase a Civic and Prius produced in Japan?

The last word: Couldn’t let Kurt Ritter, general manager of Chevrolet, move over to general manager of Buick-Pontiac-GMC this month without asking whether the 2004 Malibu coming this fall would offer a high-performance SS edition.

Pluses: Redesign with larger dimensions. If you can’t find the accessory on this vehicle, the accessory probably doesn’t exist. Meant to excel off road.

Minuses: Top-heavy in corners and turns. Consumes gas with a vengeance.

Goes anywhere. Excellent ride and styling. Great power from the BMW V8, low range must be experienced to believed. Can?t wait to fix up the interior to make it my own.

September 15, 2017
By Theprincesmm
Owns this car

I purchased my 03' Range Rover used with about 20,000 miles on her. This was about 2005. I was 25 at the time, and very hesitant about buying the car. After test driving her, I fell in love. I drove her off the lot that day. Reliability is average, but maintenance was obviously expensive. I threw all of my friends in and took a road trip from San Diego CA to Seattle WA. It was amazingly smooth and comfortable. Major repairs have been few, but one big was my air suspension, which dumped my pockets unexpectedly. I recently just switched to coilovers instead. It didn't change the ride quality too much. I have twins, who are 12 now. When I bring their friends in the car, they always seem to love the heated rear seats, haha. I still own my 03' Range Rover, but just bought a 2015 Range Rover Sport Supercharged. I also recommend the 2015 RRS Supercharged. 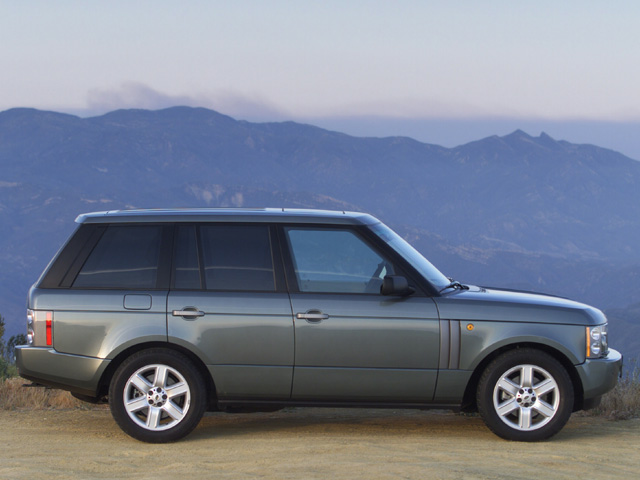 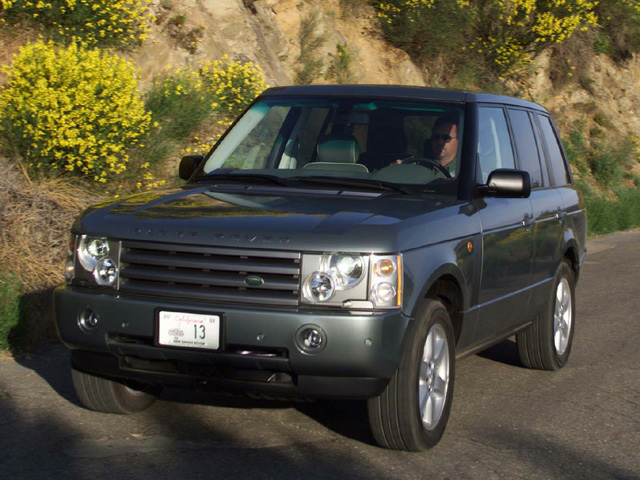 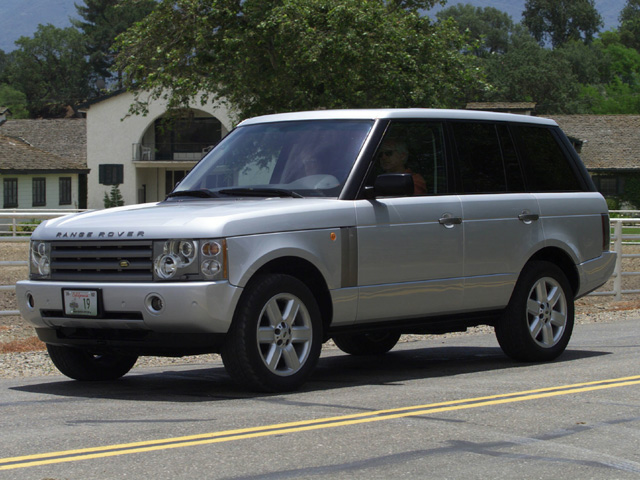 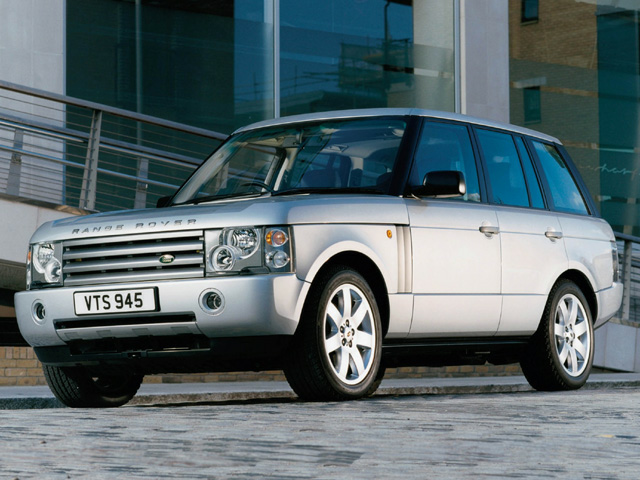 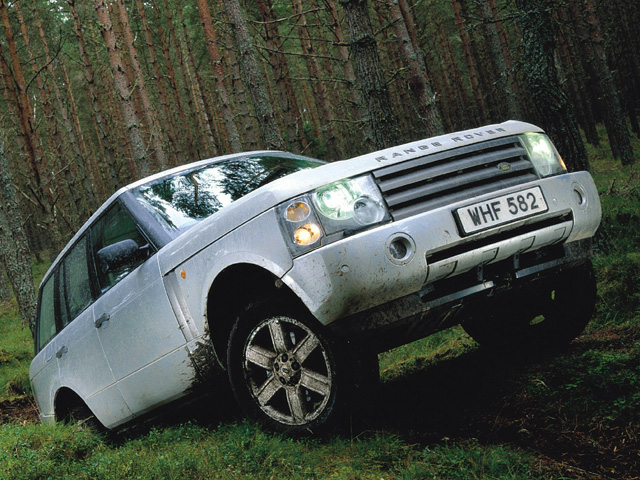 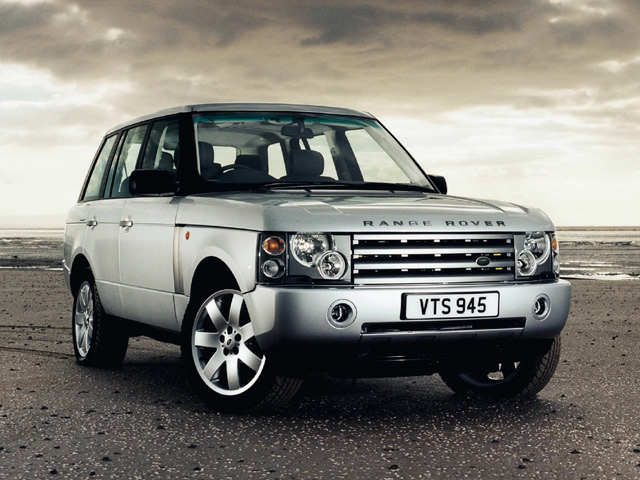 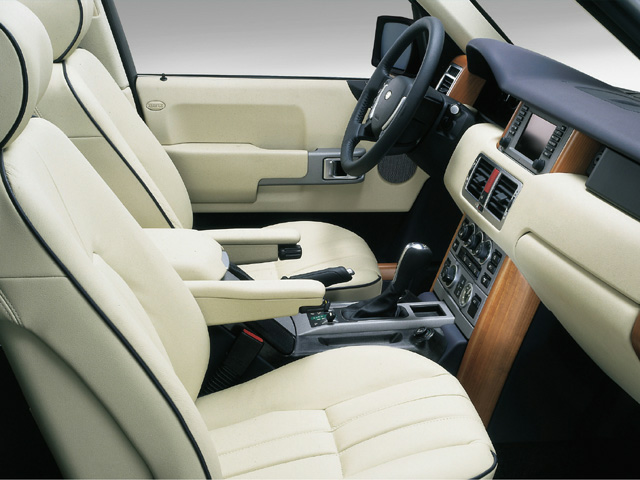 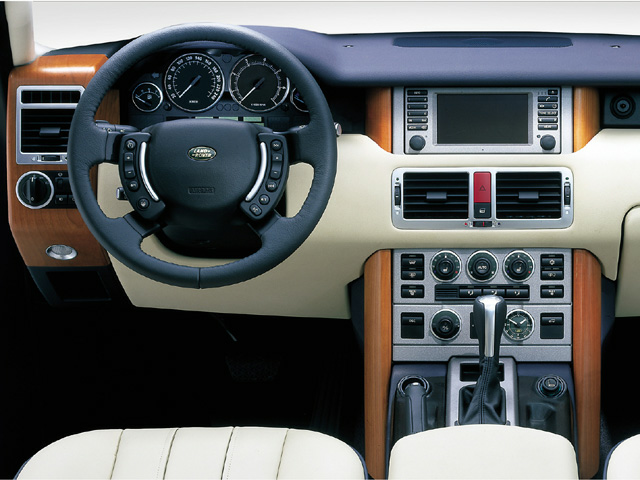 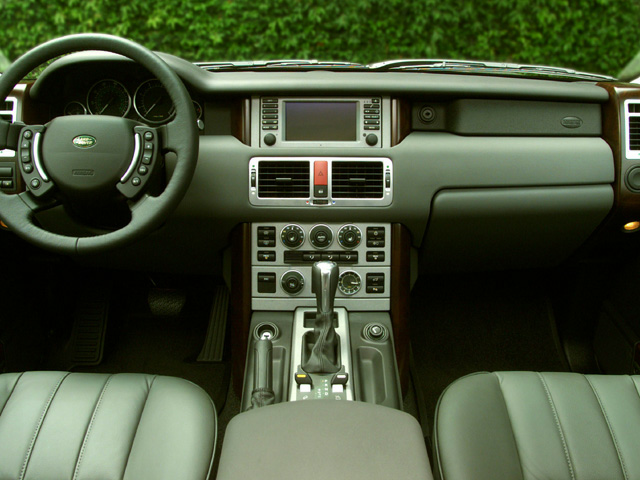