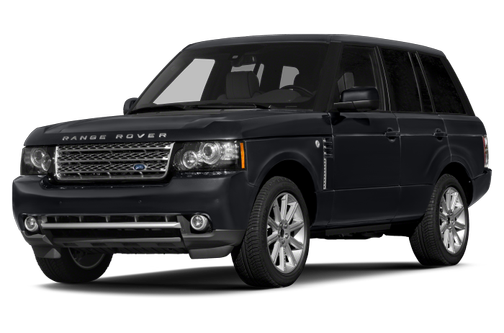 Over the years, SUVs have stood for a lot of things: glorified pickups, cul-de-sac fads, gas hogs. But the SUV that lorded over the rest — Land Rover’s inimitable Range Rover — transcended the fracas with its own brand of damn-the-torpedoes capability. The 2012 model, which starts at $79,425 and approaches $200,000 in an impossibly decadent Autobiography Ultimate Edition, remains as transcendent as ever.

The Refinement
No longer the lumbering beast it used to be, the Range Rover launches with authority, cresting hills with a pleasing exhaust note and reserve power to spare. The standard six-speed automatic upshifts smoothly and kicks down swiftly. A Sport mode quickens the Rover even more, holding lower gears for a sense of urgency you probably won’t need — but might enjoy — around town. My only complaint is a touch of accelerator lag when calling for sharp power from a stop. It’s a common complaint in luxury cars, and Land Rover is nowhere near the worst offender.

Four adults and a weekend’s worth of luggage reduced our tester’s 5.0-liter V-8 to merely quick enough. Those who want effortless power with a full load can opt for a supercharged V-8, which is standard on all but the HSE. It packs 510 horsepower and launches the Rover to 60 mph in 5.9 seconds, Land Rover says. The 375-hp HSE, by contrast, takes 7.2 seconds.

Unlike the smaller Range Rover Sport, whose ride quality is a little firm, the regular Range Rover rivals flagship luxury cars. Fitted with optional 20-inch wheels, P255/50R20 tires and an adaptive air suspension, our test car traveled pothole-riddled streets and undulating highways with excellent composure. You won’t forget the potholes exist — as you might with Mercedes’ Airmatic suspension — but their significance diminishes.

Nineteen-inch alloy wheels and higher-series tires are standard, as is an air suspension without adaptive shock absorbers. The Land Rover Range Rover’s precipitous body roll limits your fun to straight-line acceleration, but the brakes haul you down fast: Our test car’s antilock discs brought the 5,697-pound SUV to a halt with confident, linear pedal action. Land Rover Range Rover Supercharged models have larger discs. The Range Rover’s well-assisted steering settles in on the highway, requiring few corrections to stay at 12 o’clock, and characteristic of cabins in this price range, you won’t have to raise your voice to chat with backseat passengers at 80 mph.

The Capability
Off-road capabilities and Range Rovers go together like cigars and brandy, and our HSE lived up to its reputation. Land Rover’s Terrain Response system optimizes the drivetrain and suspension for various selectable terrain scenarios: snow, rocks, sand and the like. You can also adjust the suspension to varying ride heights independently, including an off-road setting with 11.1 inches of ground clearance, and switch the four-wheel-drive’s transfer case into a trail-crawling low range. Auto-locking center and rear differentials complete the ensemble.

Equipment alone doesn’t equate to off-road capability — something we’ve observed in the Range Rover Sport — but the Land Rover Range Rover impressed. At first, a patch of mud had all four wheels slinging more dirt than a presidential-primary debate, with little progress to show for it. (Sort of like those debates.) With all-wheel drive in Low range and the suspension raised, the Range Rover needed a little rocking to extricate, but before long the differentials locked automatically and all four wheels rotated in unison. One corner found footing, the SUV clawed its way out, and I enjoyed a badass factor of 10 driving a mud-splattered Range Rover the rest of the day on-road.

The Inside
It’s rare to find a luxury SUV with the cabin materials, floor to ceiling, of the priciest luxury sedans. The Range Rover meets this standard with rich leather seats, low-gloss finishes and plenty of real wood and metal. Higher trims swathe the doors in more cowhide, while the Autobiography Ultimate Edition gets its own custom leather and — yes, really — a yacht-style, teak-lined cargo floor. It ought to look familiar, as I suspect anyone who gets an Ultimate will drive it … to his yacht.

Both the front and rear seats have high seating positions and good room, with decent driving visibility except for an undersized rearview mirror. The cargo area offers 35.1 cubic feet of cargo room behind the rear seats and 74.2 cubic feet with the seats tumbled. The maximum volume compares favorably with the Lexus LX 570 and Mercedes G-Class, but less so with the Infiniti QX56 and the mammoth Cadillac Escalade.

Safety
Because of this model’s low sales volume, crash-test scores and reliability data aren’t available — though reliability data was on hand during our Land Rover Range Rover review several years back, and it stank. Standard safety features include head-protecting side airbags and, as is required of all new 2012 models in the U.S., antilock brakes and an electronic stability system. Click here for a full list of standard safety features, or here to see our evaluation of child-seat provisions. Of note to parents with small children: The Range Rover’s Latch anchors are among the most onerous we’ve ever tested. Click the photos at right for more details.

Range Rover in the Market
Part of the Land Rover Range Rover’s iconic nature is that it’s always had few direct competitors. Other flagship luxury SUVs have three rows, larger dimensions and, ultimately, lower price tags. The only true competitor, Mercedes’ age-old G-Class, sold fewer than 1,200 last year — less than one-eighth of Range Rover sales. So the Range Rover is out by itself, sitting on turf few competitors have confronted. Damn the torpedoes indeed; this Land Rover has no equal.

The Best Road Car in the Marketplace!

We love the SUV and have purchased another one. The Vehicle always performed as expected....That is why we are on our third Range Rover HSE.

Great Car in all conditions

This car satisfied all our expectations. We expected some repairs as we bought second hand and we have replaced front air bags, control arms and brakes. This was expensive but these repairs will last for at least 8 years or more. No other issues the car has never faulted us to a break down stage . The exterior and interior are in excellent condition aand you might say as new.

A Bentley with 4 wheel drive. Refined interior that was thought of in every detail. Autobiography edition with supercharger. This is an amazing piece of machinery

Rating breakdown (out of 5):
4 people out of 5 found this review helpful. Did you?
Show full review
See all 32 consumer reviews 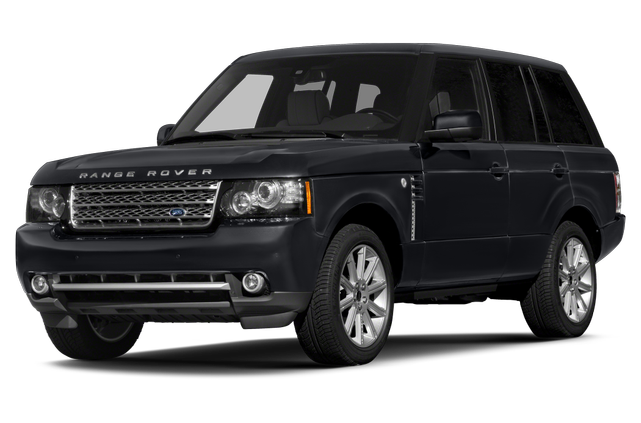 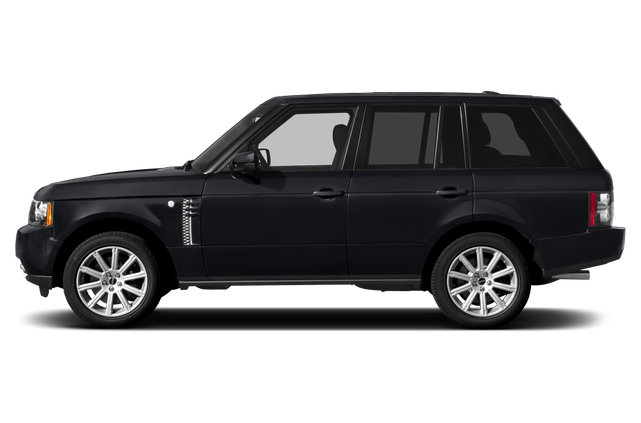 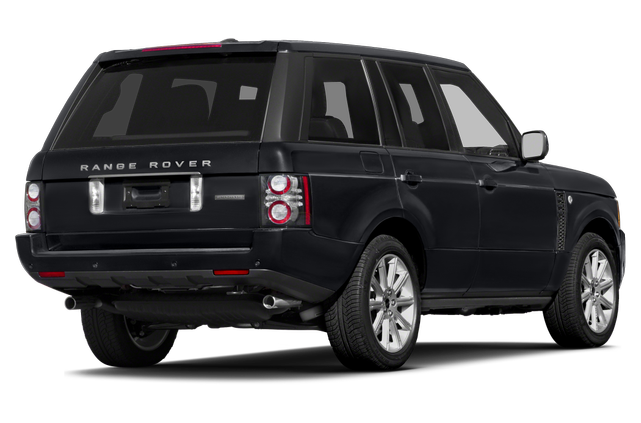 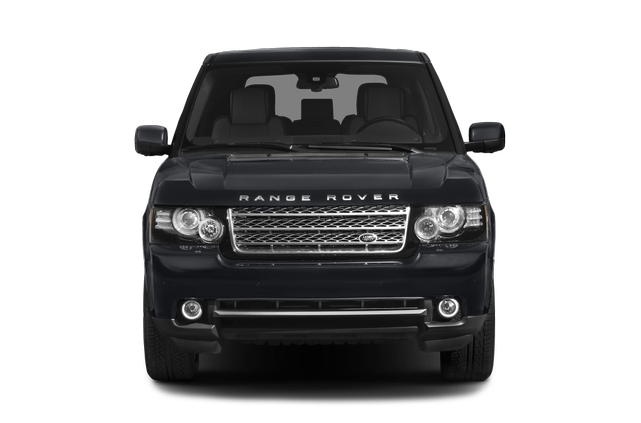 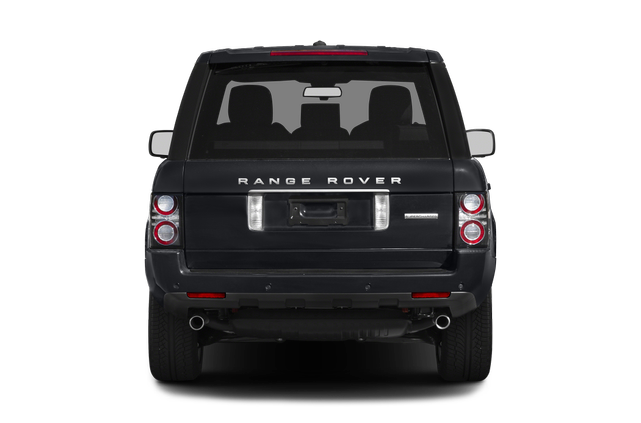 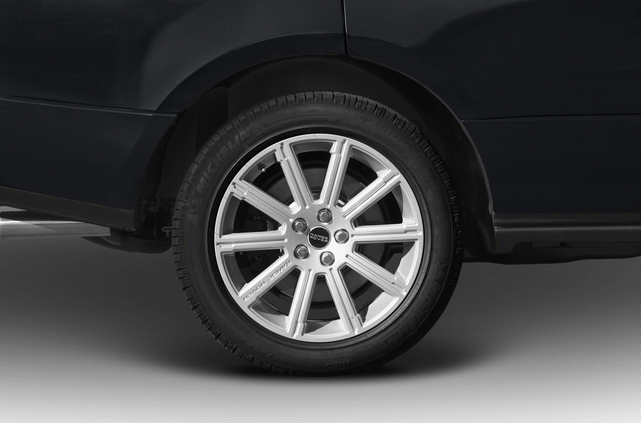 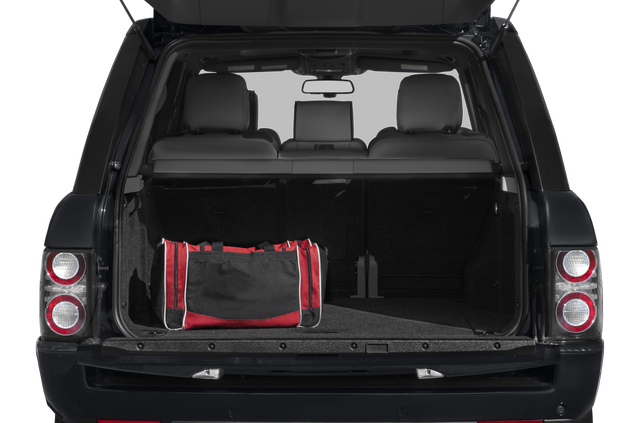 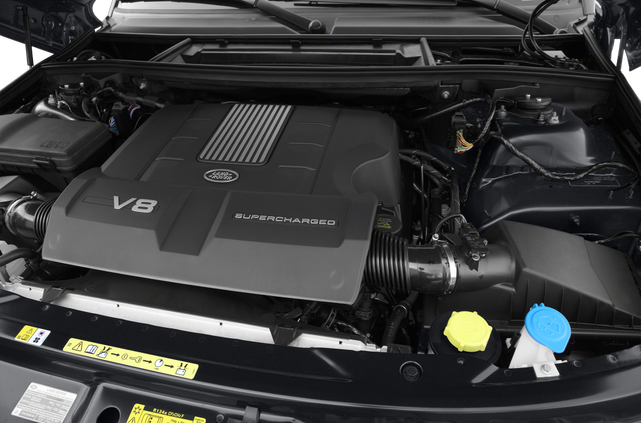 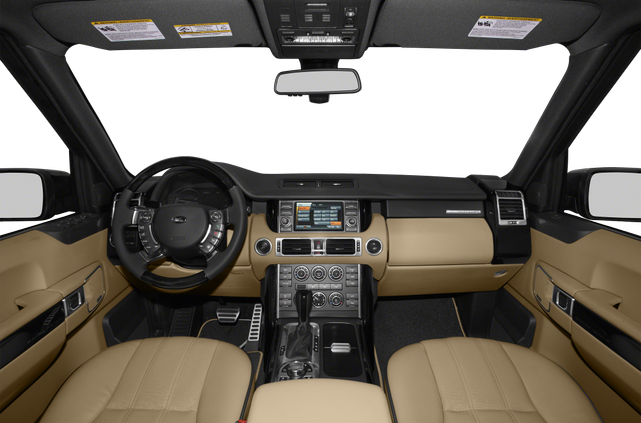 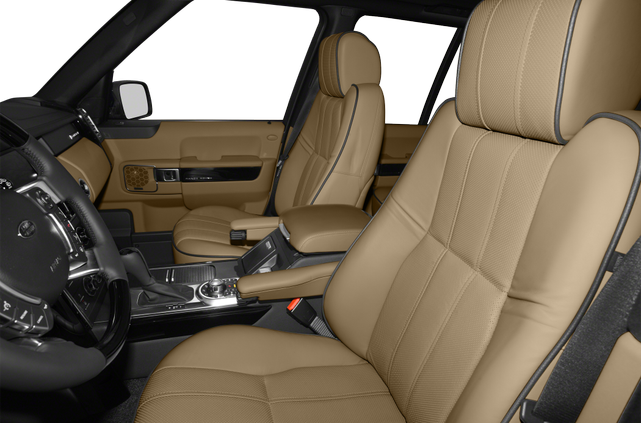 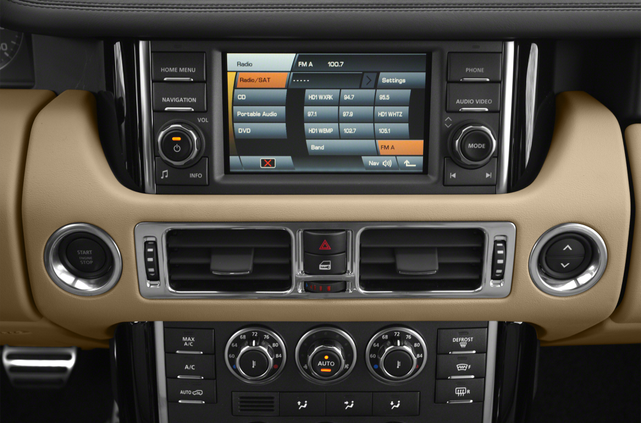 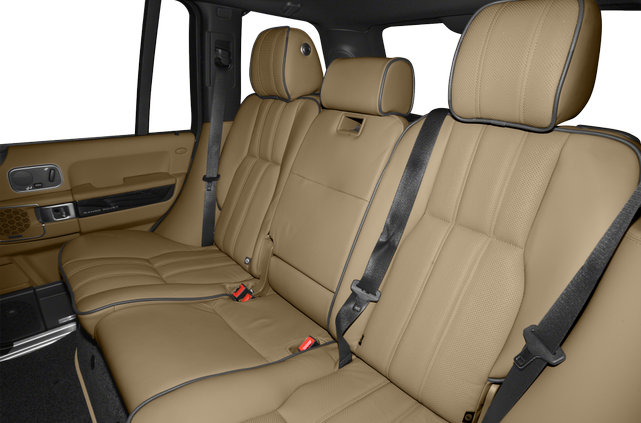 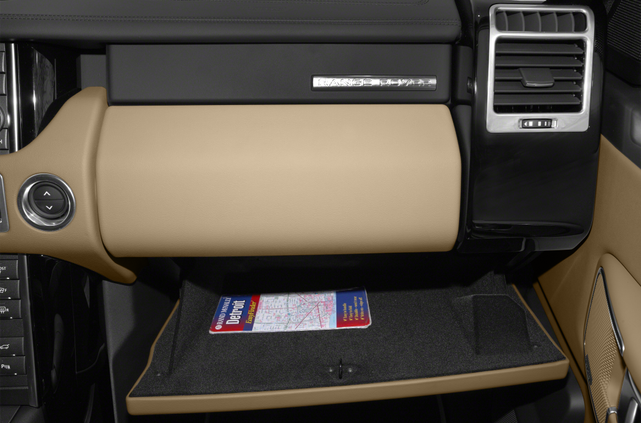 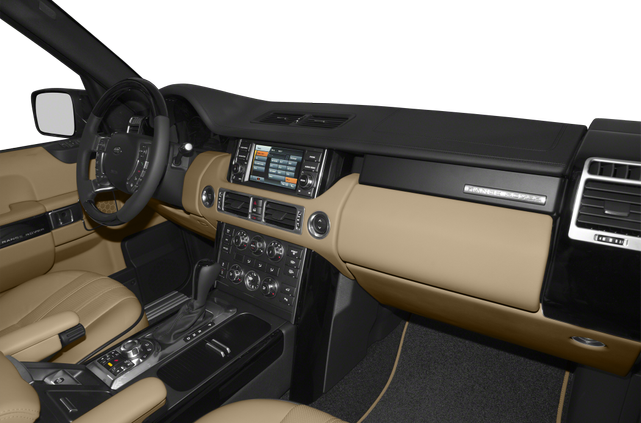 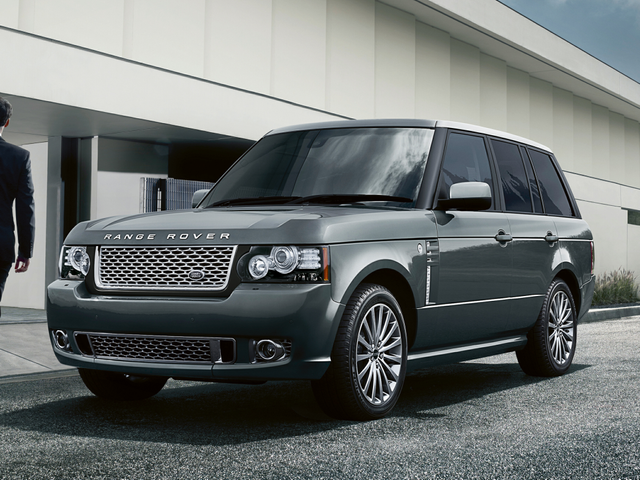 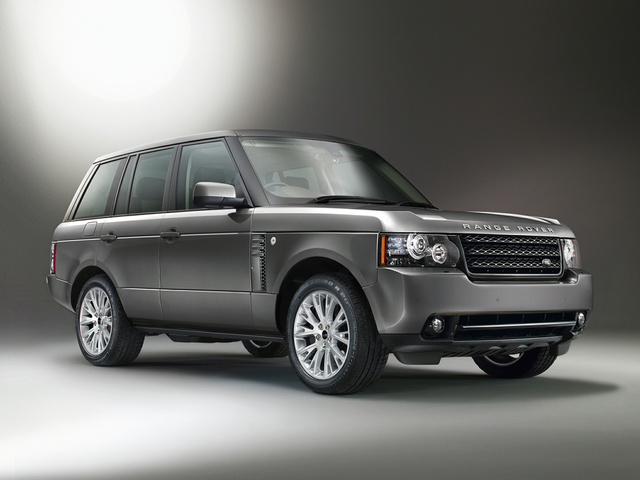 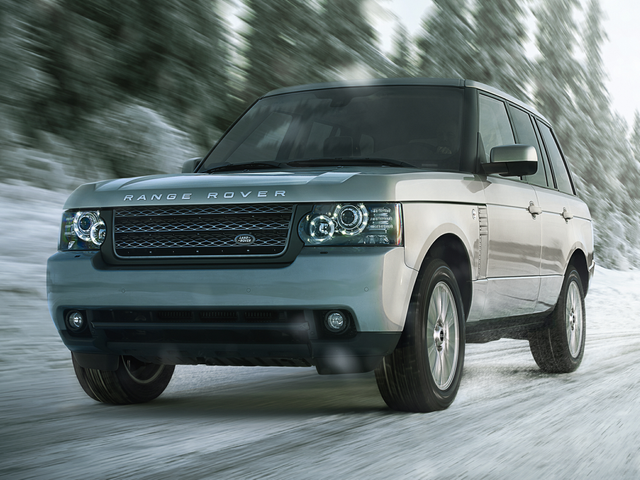 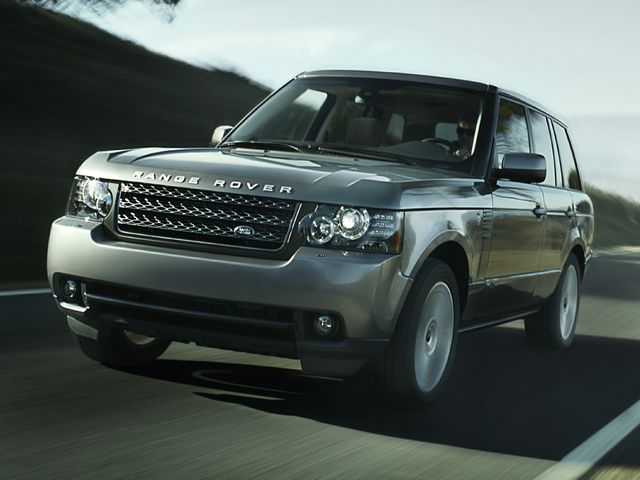 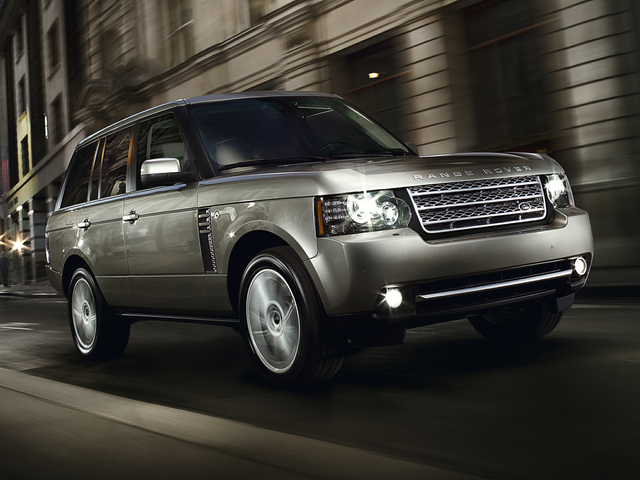