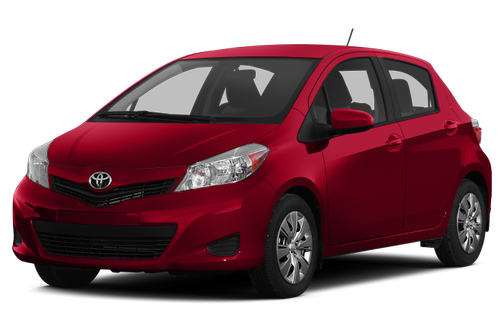 Our 2013 Toyota Yaris trim comparison will help you decide.

Editor’s note: This review was written in August 2012 about the 2012 Toyota Yaris. Little of substance has changed with this year’s model. To see what’s new for 2013, click here, or check out a side-by-side comparison of the two model years.

Smaller cars are becoming more popular as gas prices stay high and the economy sputters. For the past few years, the Toyota Yaris subcompact sedan and hatchback have been trying to compete in this market against newer and more recently redesigned models. Now, for 2012, Toyota has redesigned its Yaris; the new version is slated to go on sale in October.

The 2012 Toyota Yaris has improved looks, ride, handling and cabin materials, but it’s hurt by its highway performance and by gas mileage that doesn’t match its segment’s leaders.

Exterior
The new Yaris has a wheelbase that’s 2 inches longer than the previous version, and the car is 3 inches longer overall. The first thing you notice, though, is that, like a teenager, it’s shed its baby-like appearance and now sports more chiseled, angular features.

Toyota gave the Yaris a downward sloping belt line, so the car looks more aggressive when viewed from the side. I thought the old Yaris was cute, but the new Yaris looks more like a real car, frankly, and that’s a good thing.

Toyota has ditched the sedan version of the Yaris, saying buyers chose hatchback versions 70 percent of the time. The Yaris will be sold in three trim levels: L, LE and sporty SE, with the L and LE available as two- and four-door hatchbacks with 15-inch steel wheels.

SE versions are available only with four doors, and they also get fog lights and different front styling, plus a rear “diffuser” treatment, chrome tailpipe and rear spoiler. They also get smoked-lens headlamps and 16-inch alloy wheels.

Interior
The interior is one area where the new Yaris is clearly and vastly superior to the old one. I felt the previous model was a bit plain-looking, and many of the controls felt spindly and cheap. Even on 2012 L models, things are improved. I still wouldn’t put the Yaris at the top of the class, but now I wouldn’t disqualify it from competition.

That said, Toyota does tend to have conservative interiors, and the Yaris is no exception, but materials are competitive with the segment. You’re aware you’re in an entry-level car, but nothing looks really cheap — with the exception of the plastic trim in L models in place of the higher trims’ soft-touch pieces. That material has a weird texture and isn’t pleasant to look at.

All Yaris trims get standard air conditioning and a CD stereo with auxiliary and USB jacks. In this version, Toyota dumped the controversial center-mounted gauges in favor of a conventional layout. The switches and controls feel solid and well-connected. SE models stand out for their leather steering wheel and gearshift. Both are among the best in this class and are a clear step up from the lower trim levels, which have a rubber or plastic coating and are just average.

On top of that, SE models add cruise control — a stand-alone option on the LE — sport seats with more bolstering and different fabric, and that leather-wrapped steering wheel and gearshift. You can check a list of pricing for the various trim levels here.

The Yaris isn’t the roomiest small car, but I never felt cramped while driving it. Backseat room is a mixed bag: I’m over 6 feet tall and carry most of my height in my torso, so while I thought legroom was fine, I found myself pinched for headroom. Others of different body shapes might see it differently. If you frequently give rides to tall people, expect to have to share legroom between front and rear passengers.

Driving
If the 2012 Yaris is a step up in its exterior and interior styling, the driving experience is where it starts to stumble.

I tested all Yaris trims in a mix of highway, city and Southern California hill country driving. With the five-speed manual transmission, the Yaris is a competent performer. It felt light and responsive, moving away from lights well enough and passing easily for a modestly powered car. The engine is a 106-horsepower, 1.5-liter four-cylinder that makes 103 pounds-feet of torque.

With the new four-speed automatic, which is available on all trim levels, the Yaris is fine for moving through the city. It accelerates well from stoplights and out of low-speed corners. It doesn’t hunt for gears — as transmissions with lots of gears sometimes do — while either accelerating or decelerating.

From about 45 mph and up, though, the Yaris struggled when I needed it to give me more power. Like any automatic transmission, the Yaris’ gearbox has to downshift gears to offer more power, which it does fairly quickly. When it has to downshift to 2nd, though, the engine makes a lot of noise before popping kind of quickly into 3rd. It just takes too long for the thing to get going.

The automatic makes the car feel very underpowered, especially when you compare it with the manual version. Because most people will buy the automatic, that’s a real problem.

It’s also a shame, because the Yaris’ ride and handling have improved. Even in the L and LE, which have softer suspension tuning than the SE, body roll isn’t outrageous for this segment, and it handled bumps and potholes better than a lot of its competitors. It didn’t make crashing or banging sounds that made me think I’d broken something, either. The SE also strikes a nice balance with a sporty ride that doesn’t beat you to death.

The Yaris’ steering complements all this. SE models have a different electric power steering program that Toyota says offers less power assistance and a little more road feel than the L and LE. Having driven them all, I can say I did notice a slight difference in feedback between the SE and other models, but feedback is generally good for all trim levels. I doubt anyone would find the SE too much work to drive.

Considering its segment, the Yaris is quiet on the highway.

Mileage
A major reason buyers choose small cars is because they get better mileage. What follows is a comparison of mileage figures for the Yaris and several competitors. We compared base models, because while all Yaris trims get the same mileage, some competing cars boast higher mileage that can only be had in more-expensive trim levels or with pricier option packages.

These numbers indicate the Yaris is competitive within its class, but that it falls behind when you compare automatic versions, especially where the Accent is concerned. Also, while some competitors do offer those higher-mileage variants, Toyota doesn’t. So, based on a sheer comparison of the numbers, the Yaris trails the higher-mileage trims.

Safety
The new Yaris comes standard with nine airbags, including rollover-sensing, side-impact curtain airbags for both the front and rear seats, as well as a knee airbag for the driver. As it is a new model, it has not been crash-tested.

Yaris in the Market
The small-car field is getting much more competitive, to the point that carmakers have to evolve or die. A shabby entry will be left on dealers’ lots.

I thought the previous Yaris had a lot of room to improve, and Toyota has proved me right by improving the 2012 so much. I can’t put it at the top of its class, though opting for the manual transmission would offset the highway performance and mileage problems. SE models are fun enough to drive, and they offer a nice compromise on ride and comfort. That trim is the strongest Yaris version out there, but Toyota expects only 15 percent of buyers to choose the SE.

Very good small car. Reliable. Never had any engine problems. Tires have less than 15,000 miles on them. Battery was replaced Sept. of 2018. Only selling because I no longer need a second car.

November 6, 2018
By Dyrk from Titusville
Owns this car

The LE model 4door hatchback delivers 36mpg, easy ingress/egress, very practical and well thought out interior, proven engine and transmission, inexpensive and easy to work on, easy handling in parking lots and streets. No hiccups, this car is a keeper.

I bought a 2 year old certified 2013 Yaris L (hatchback) with 25k mils and used it for more than 3 years (65k miles). 4 Adults can sit comfortably. Engine makes huge noise when ever driven over 75 miles per hour. Fuel efficient 34-35 on highway and 29-30 in city. Very less maintenance. Infact i only had change the tires and brakes and rotors (rear drum brake) for this. I drove it in Michigan winters and snow with both all-season and winter tires. It fares just fine considering it is not a 4 wheel drive. 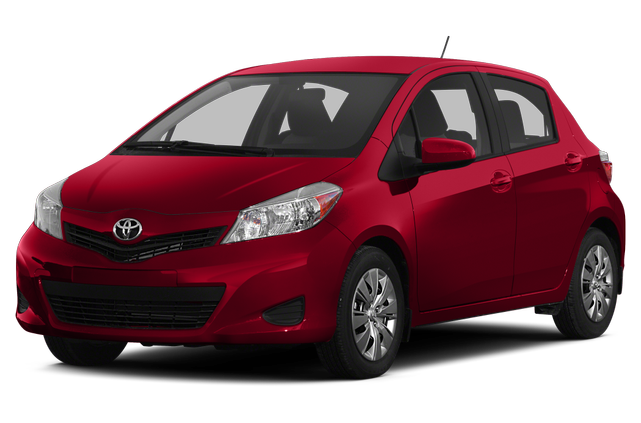 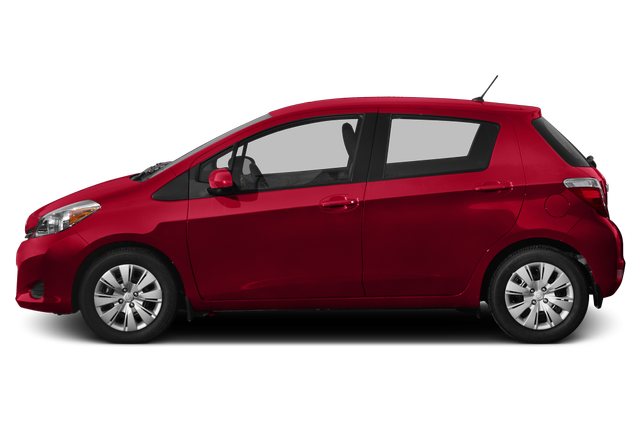 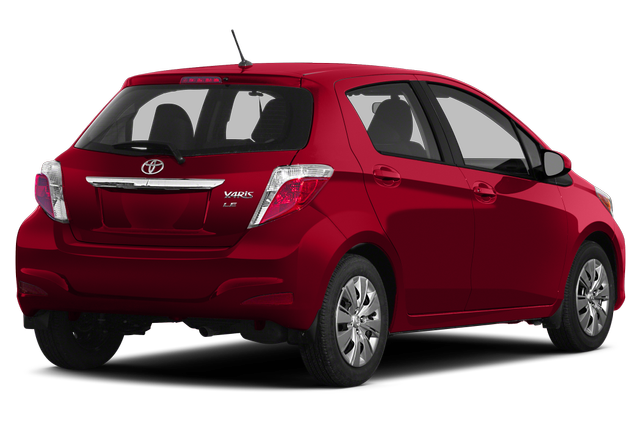 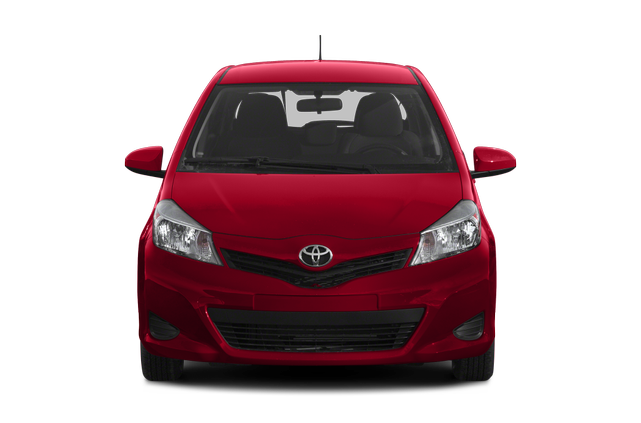 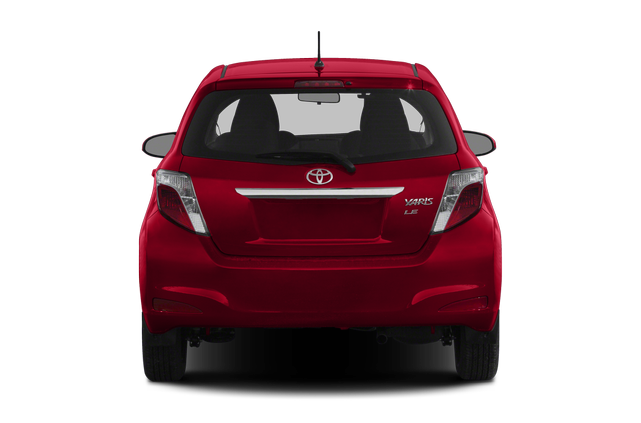 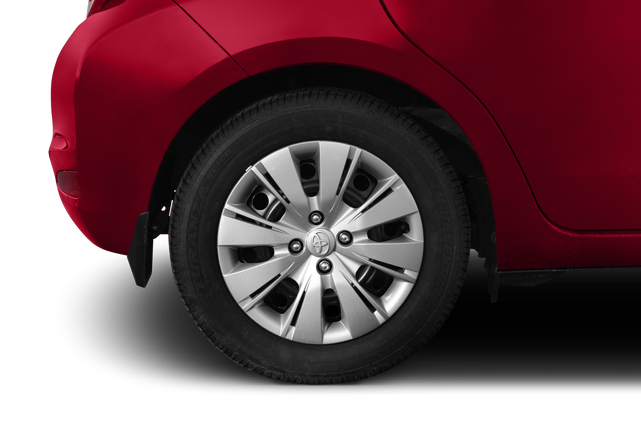 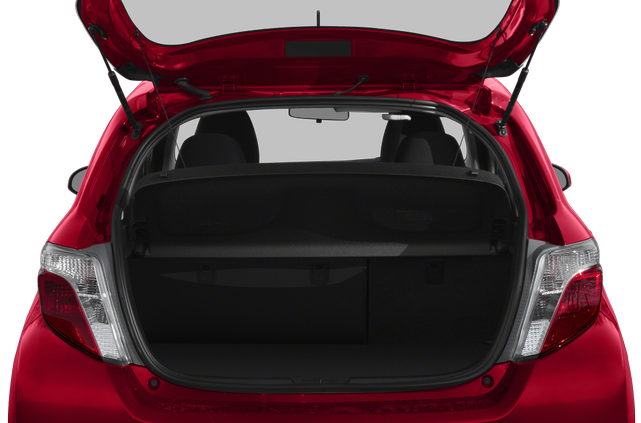 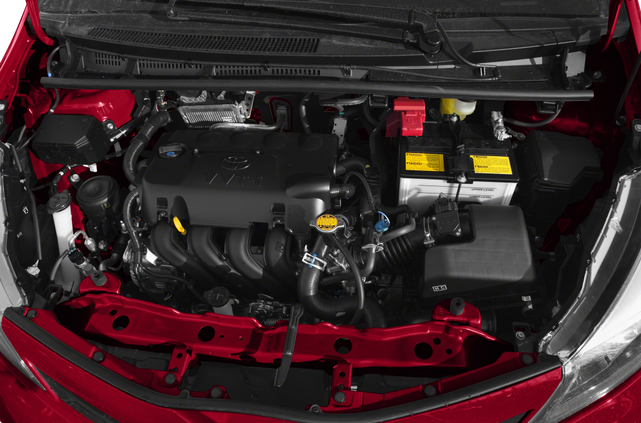 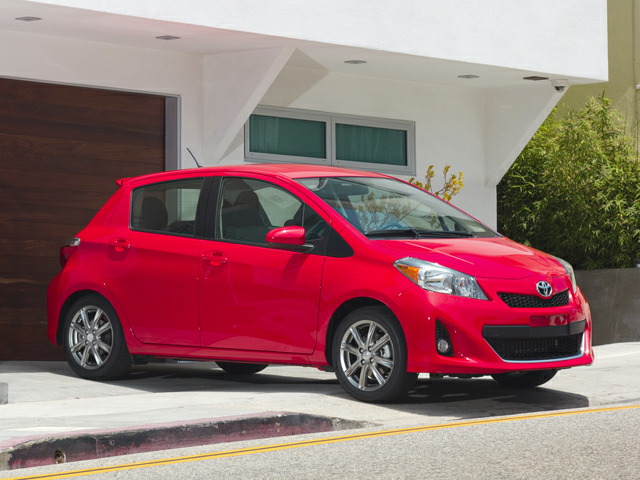 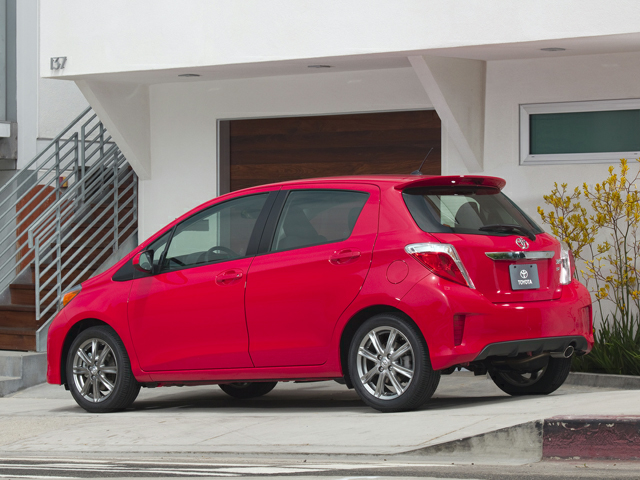 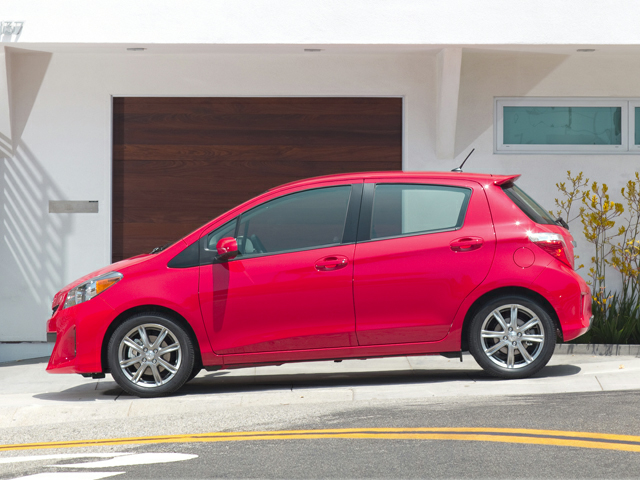 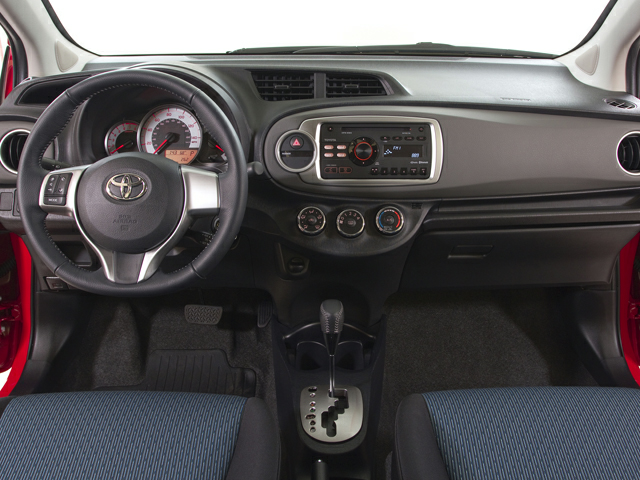 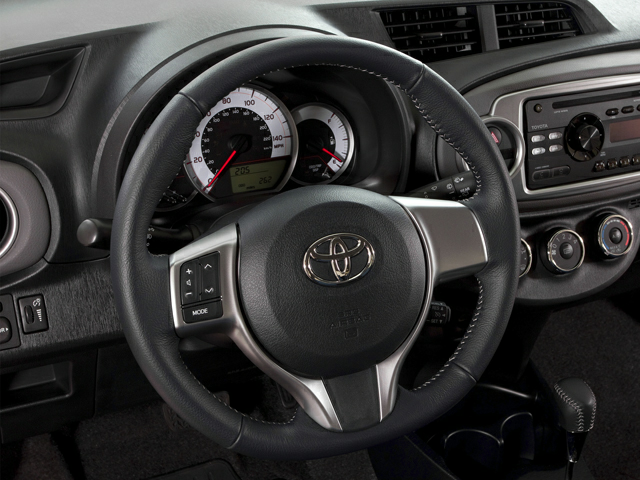 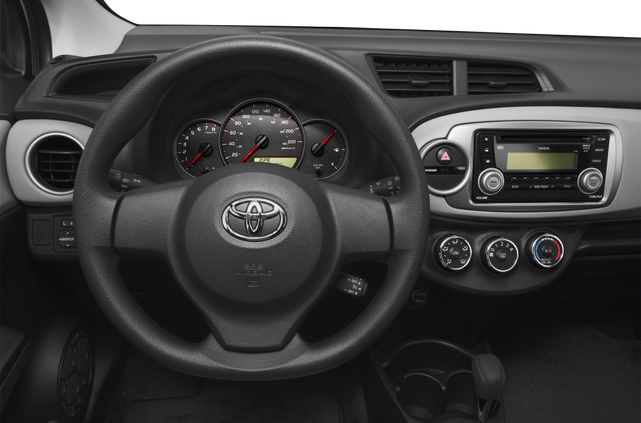 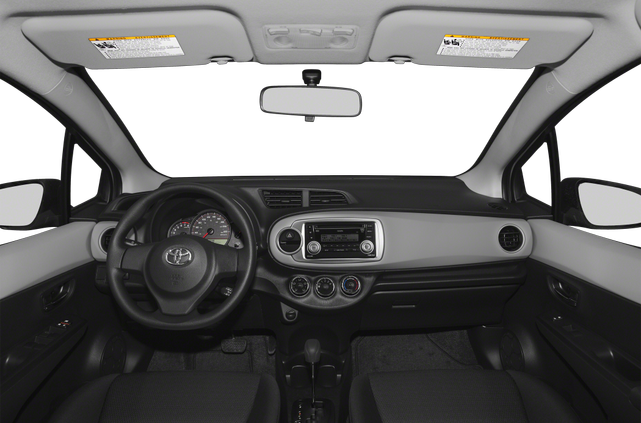 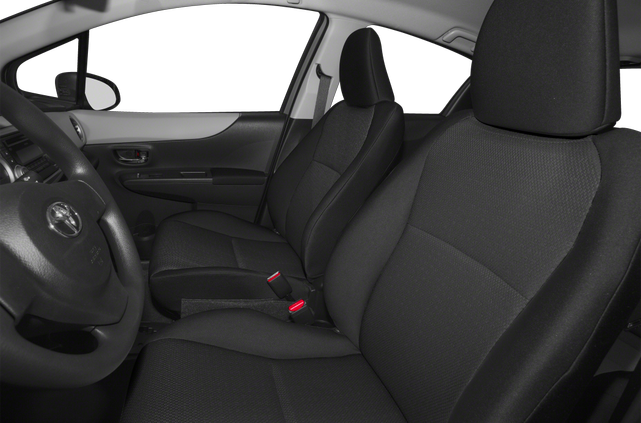 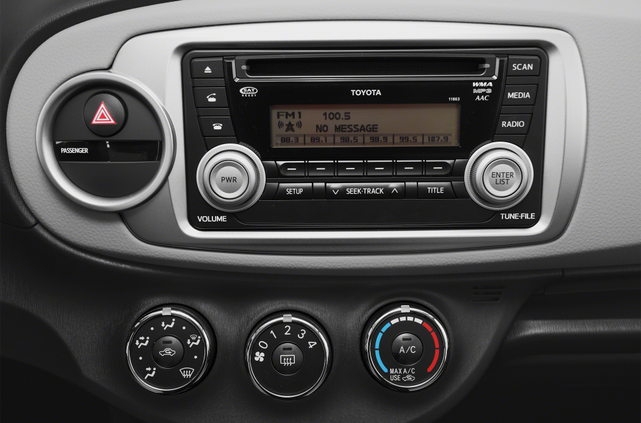 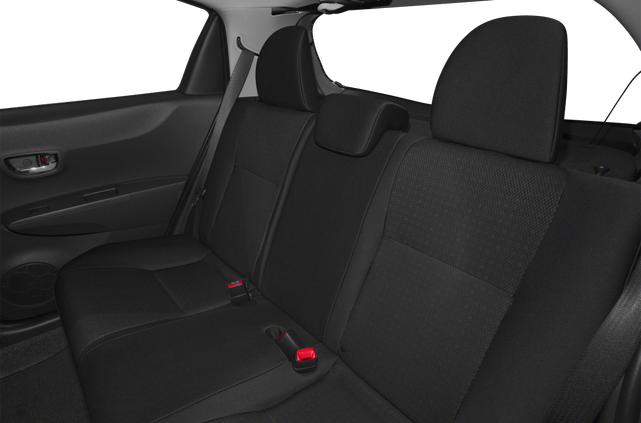 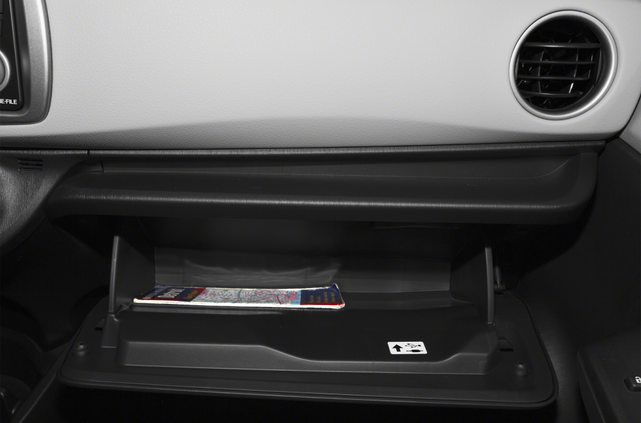 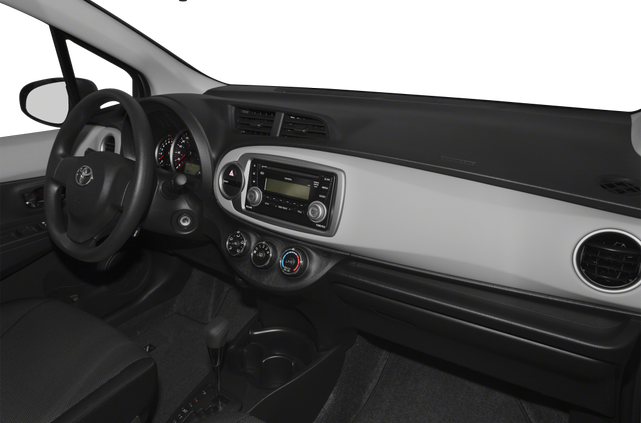 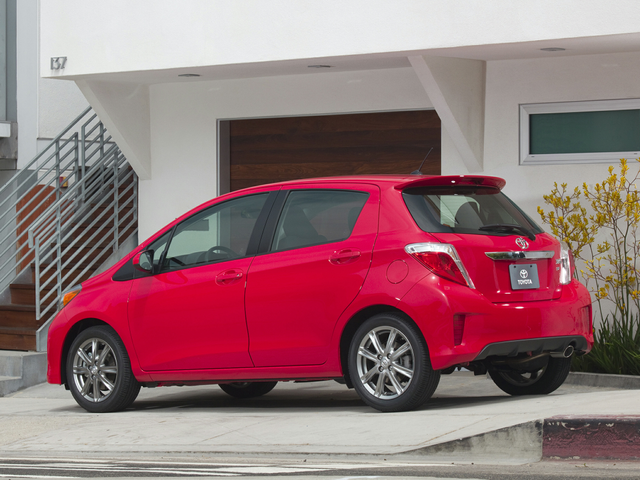 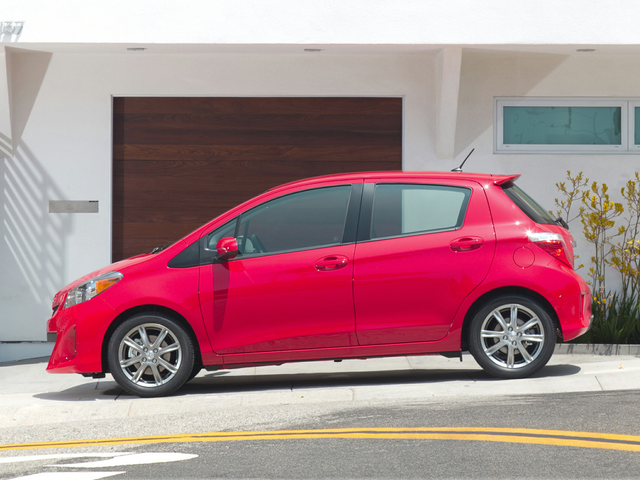 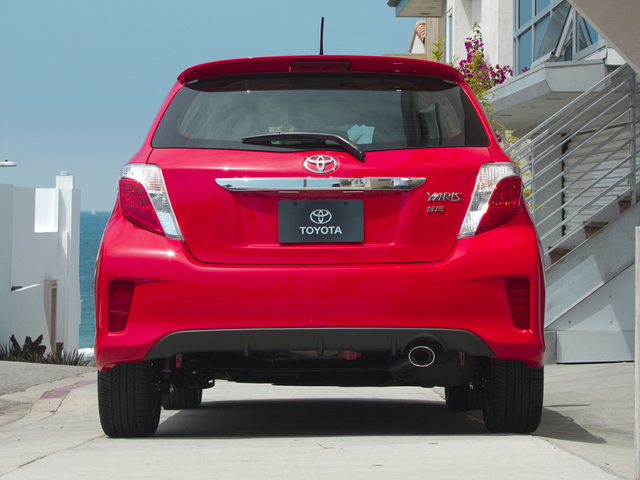 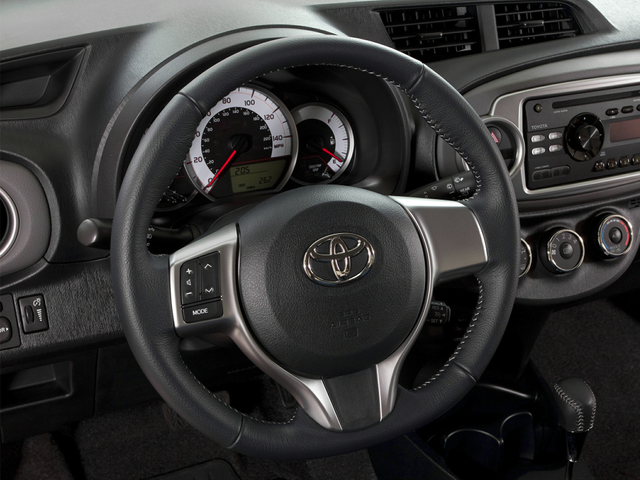 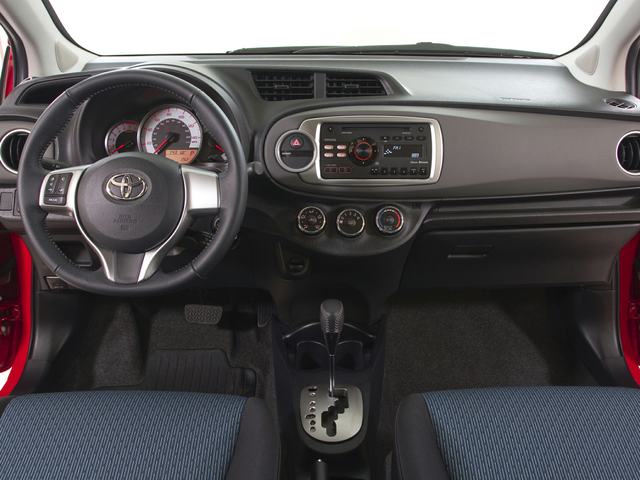