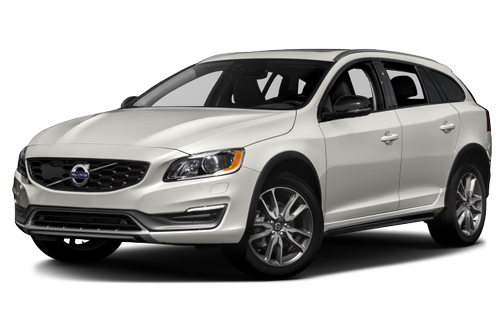 Versus the competiton: Its potent powertrain and confident road manners are in line with rival luxury wagons, but it's expensive and has an outdated multimedia system.

The Volvo V60 Cross Country competes against luxury wagons like the Audi A4 Allroad and BMW 330 Sport Wagon, as well as more affordable wagons like the Subaru Outback; compare them all here.

The V60 has a clean, classic look, but the Cross Country version dilutes those attributes with styling cues meant to evoke an SUV. It has more rugged-looking body cladding, larger wheels and an elevated height; there’s about 2.5 inches more ground clearance and overall height than the regular V60. It’s essentially a wagon dressed up to look like an SUV — likely Volvo’s quick-fix answer to our SUV-obsessed culture. The overall look plays better on the wagon than it does on the odd duck S60 Cross Country sedan, but it still muddies the traditional wagon’s classiness.

Poise, Power on the Road

The Volvo V60 Cross Country feels both energetic and athletic. Its 240-horsepower, turbocharged 2.0-liter four-cylinder engine is strong with plenty of torque from a stop, with just a hint of turbo lag. Midrange might is even more robust: The no-nonsense eight-speed automatic — which replaces a six-speed auto for 2017 — is responsive, quickly and efficiently ticking off shifts. The wagon powers confidently out of corners and has firm and direct steering, making for an overall grounded, connected-to-the-road feeling.

A 302-hp, supercharged and turbocharged 2.0-liter four-cylinder is optional on regular V60s but not on the CC. Cross Country models do, however, get standard all-wheel drive.

Although the CC’s crisp handling makes it fun to drive around town, a couple of things grated on my nerves after a while. Its ride is very firm, amplifying even the smallest crag among Chicago’s endless miles of potholes. Also annoying, the cabin can get loud, partly due to the engine’s gravely, unrefined sound. My biggest grievance, though, is with the auto stop/start system. It hesitates and shudders upon restart — an awkward sensation that’s contrary to this vehicle’s luxury vibe.

When it comes to fuel economy, the wagon is mid-pack at 22/30/25 mpg city/highway/combined, matching the base A4 Allroad in combined mileage but not quite up to the 330 wagon’s (26 mpg) or Outback’s (28 mpg) combined mileage.

A Mixed Bag Inside

Inside, the design and materials strike a pleasant chord of understated luxury. The leather seats and surfaces look and feel good, and the aluminum trim panels — combined with color-contrast stitching on the leather seats — add some visual jazz.

Where the V60 fails to maintain that air of refinement is with its controls. Volvo’s new giant, tabletlike Sensus touchscreen multimedia system (found on the XC90, S90 and 2018 XC60) looks slick and is easy to use, but the V60 doesn’t have it. Instead, it makes do with the automaker’s previous control setup, which features quaint, easy-to-use climate control man icons, as well as too many buttons and dials to count. For the most part, the system is easy to use, but the visual clutter factor is high, especially in a cabin with such a streamlined, minimalistic look.

Things to note with this system: Set aside a few minutes to use the navigation system and prepare your reserves of patience. Since there’s no touchscreen, you’re forced to use buttons and dials to input an address. Opting to use a maps app on your phone instead is much faster and less frustrating, but unfortunately Android Auto and Apple CarPlay are unavailable, so you won’t be able to view it on the dashboard screen.

Some functions are just plain odd. To use the tuning button on the stereo you must first  turn the knob to get the system to respond, then turn it more to get it to start changing stations. Then you have to click a button inset in the dial to actually change it to a new station. That’s a lot of steps to do something very simple.

This system does, however, offer one perk where the new one fails: It’s much easier to turn off features like the engine stop/start system and the optional lane departure warning system because they have clearly marked buttons on the panel rather than being buried a couple of clicks deep within a touchscreen menu.

Room for People and Stuff

The front seats are heavily bolstered for a comfy, cozy fit, though one editor felt penned in by the large side bolsters. In back, the space is disappointing; I expected a bit more from a wagon. My 2-year-old twins use rear-facing convertible car seats, and fitting them in was a squeeze. Installation was tricky, and they took up more legroom from the driver’s seat than was comfortable for both me (5-foot-6) and my husband (6 feet tall).

The available integrated booster system is pretty neat, however. With the pull of a lever, a booster pops up in either outboard rear seat — handy for kids who’ve graduated from car seats and even handier if you’re carpooling with another kid. What they cost, however, is almost as outrageous as a family pack of tickets to Disney World. On my test vehicle, they were bundled into the $1,550 Climate Package, but they’re also offered as a stand-alone option for $500. That’s more reasonable but still much more than my 6-year old’s $50 Graco highback booster.

Also expensive is the optional rear-seat entrainment system. My already $50,000-plus test car didn’t have this $2,170 option, which is several times more than springing for a couple of tablets.

Cargo space is another mixed bag. Good: The seats fold in a 40/20/40 split, easily opening up more cargo space, and the cargo area has a wide opening and low floor for easy loading. Bad: The tiny center console between the front seats can’t hold much more than a phone, though there’s a nice open bin behind the control panel for stashing larger devices.

The Insurance Institute for Highway Safety has not yet tested the Cross Country, but the regular V60 — which is structurally similar — earned the agency’s highest crash-test scores.

Rear visibility is good, and a button that automatically folds the rear head restraints down is handy for even clearer sight lines. A backup camera is optional, but Volvo’s City Safety, an autonomous braking system that automatically applies the brakes to avoid a collision with other vehicles or pedestrians, is standard. Other available safety features include blind spot warning, lane departure warning and prevention, and rear cross-traffic alert.

The CC injected some spirit into even my most mundane, routine drives, but it failed to deliver in other key areas — unacceptable at this price.

This is a well-designed and solidly built car. It is just what we needed for road trips, recreation exploration and zipping around town. Plenty of room for the size we were looking for. The front console is a little busy, but this is our first Volvo so we just need to adapt to the new layout.

One of the nicest cars I've owned.

Got tired of big SUV's. So a crossover felt perfect. Test drove many cars and the V60 Cross Country fit the bill for me. So far perfect.

November 5, 2019
By Volvo fans from Randolph, MA
Owns this car

This is one of the best wagon I have ever driven. Everything you need is in this car. I got it for a week and I already loving it

All model years for the Volvo V60 Cross Country 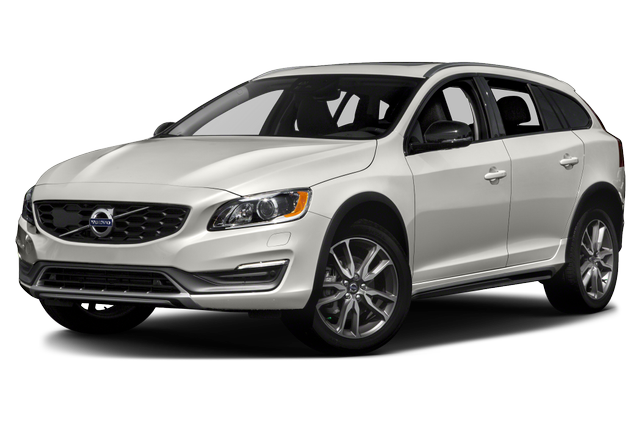 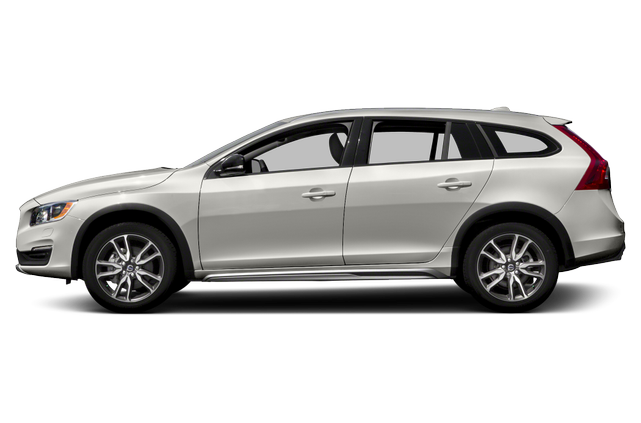 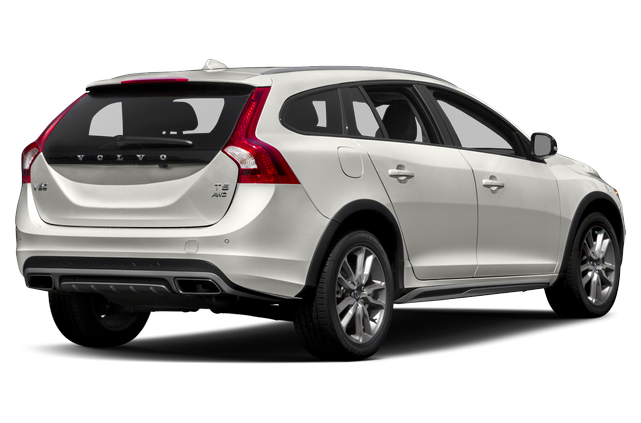 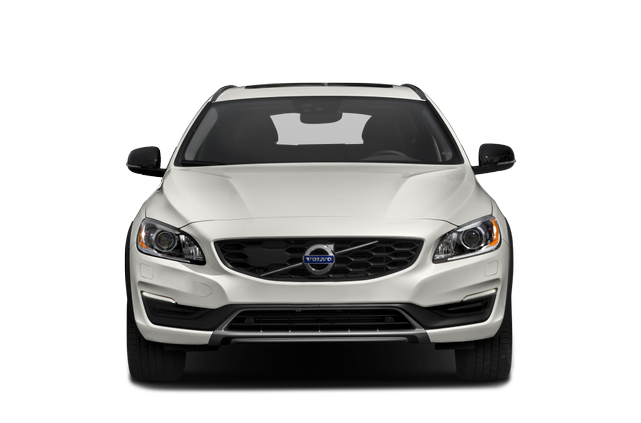 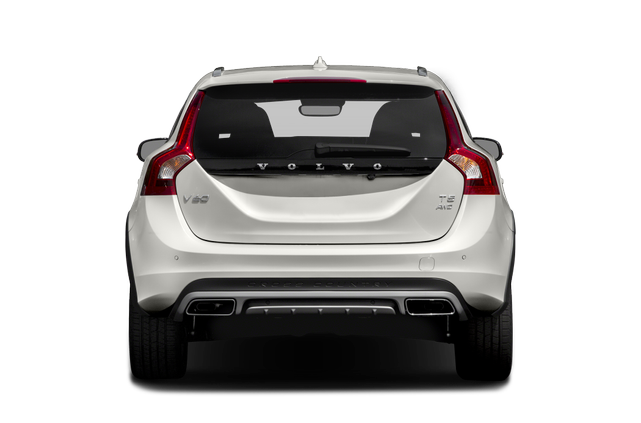 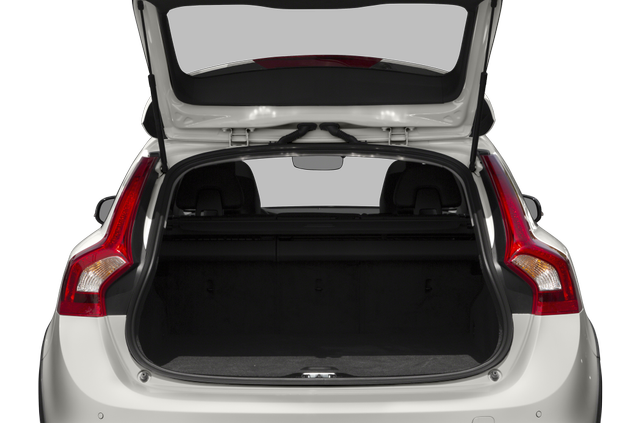 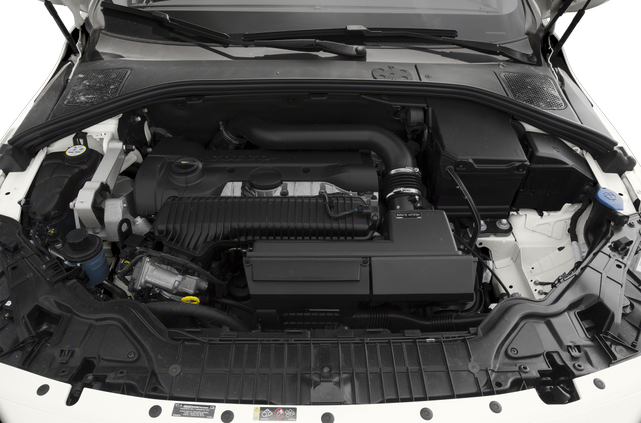 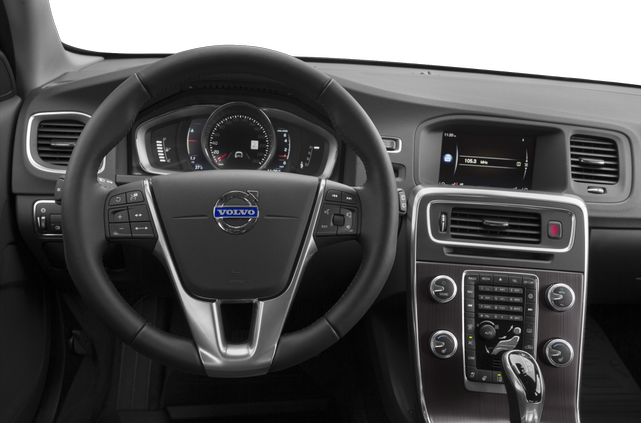 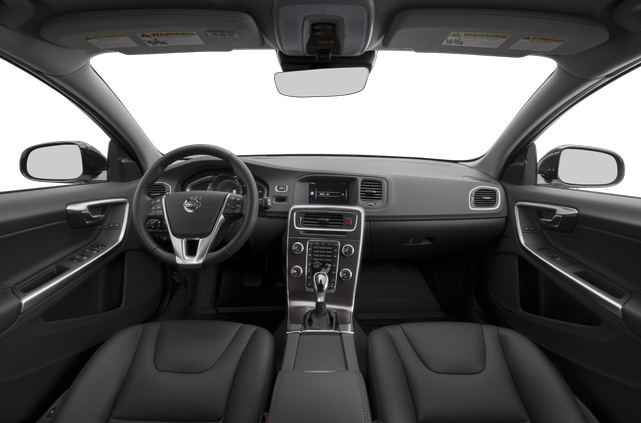 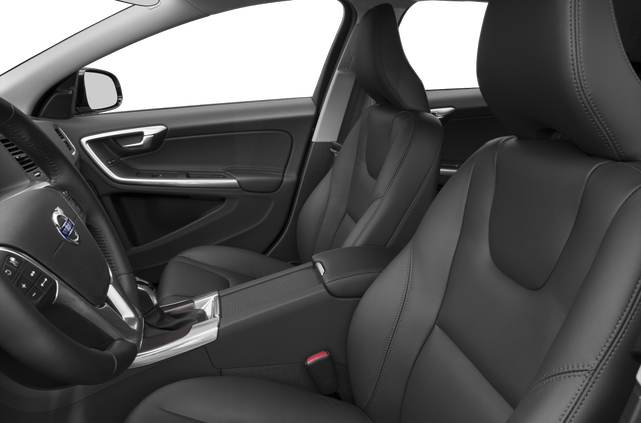 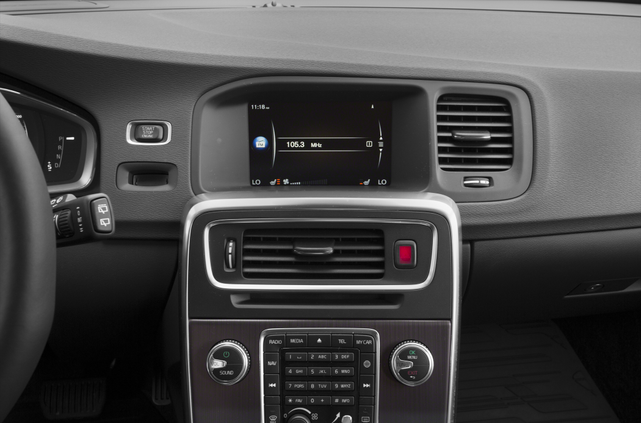 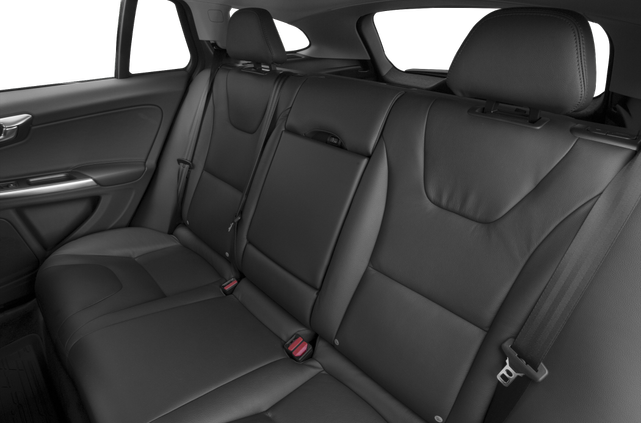 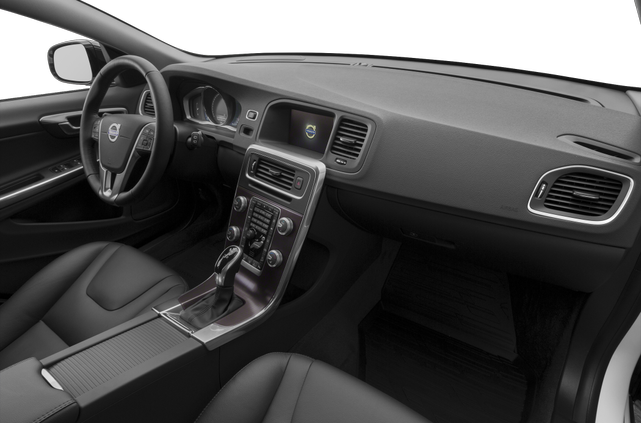 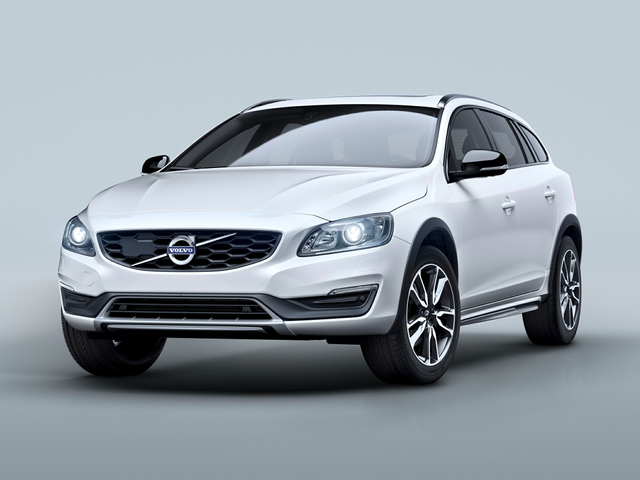 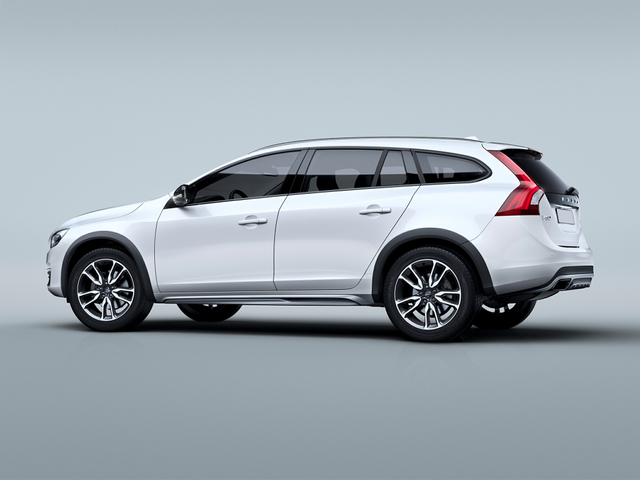 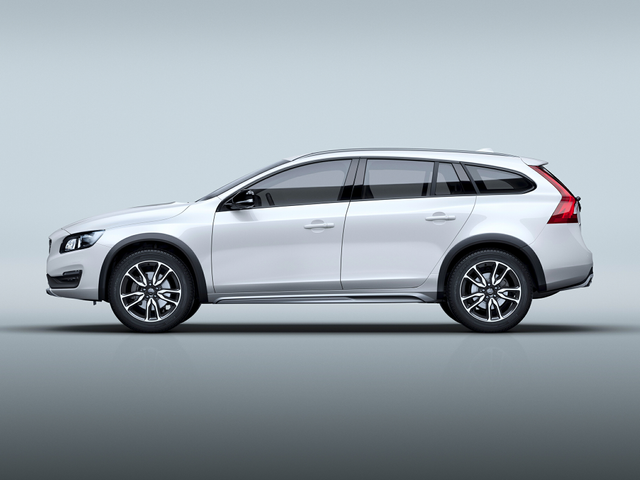 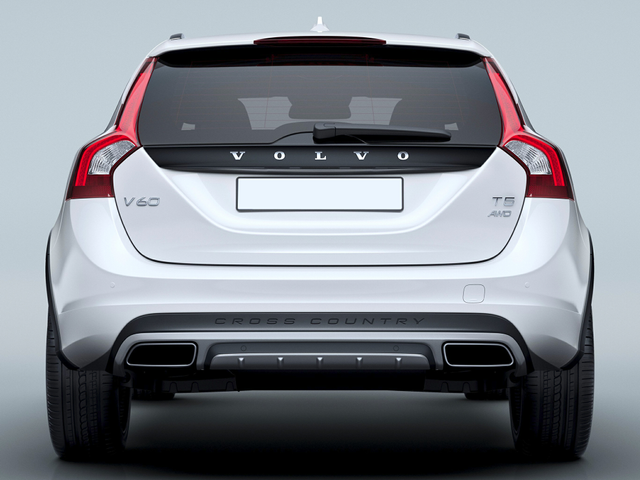 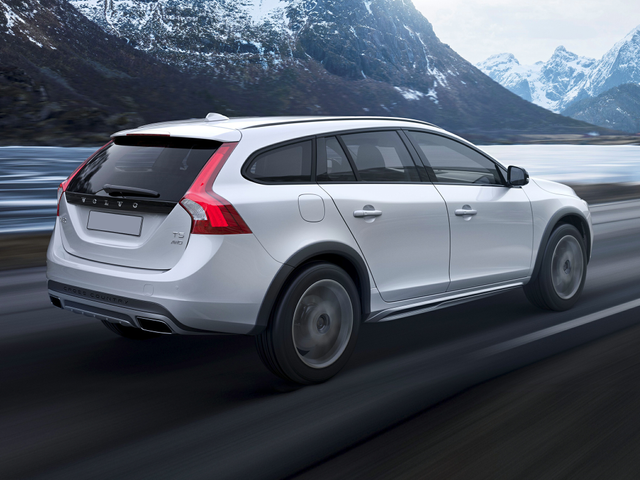 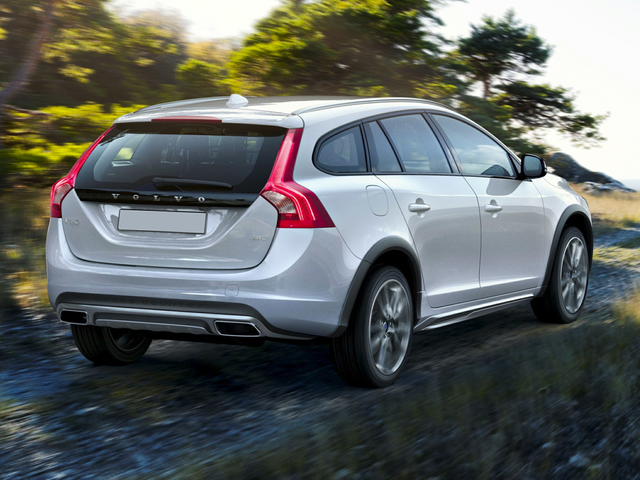