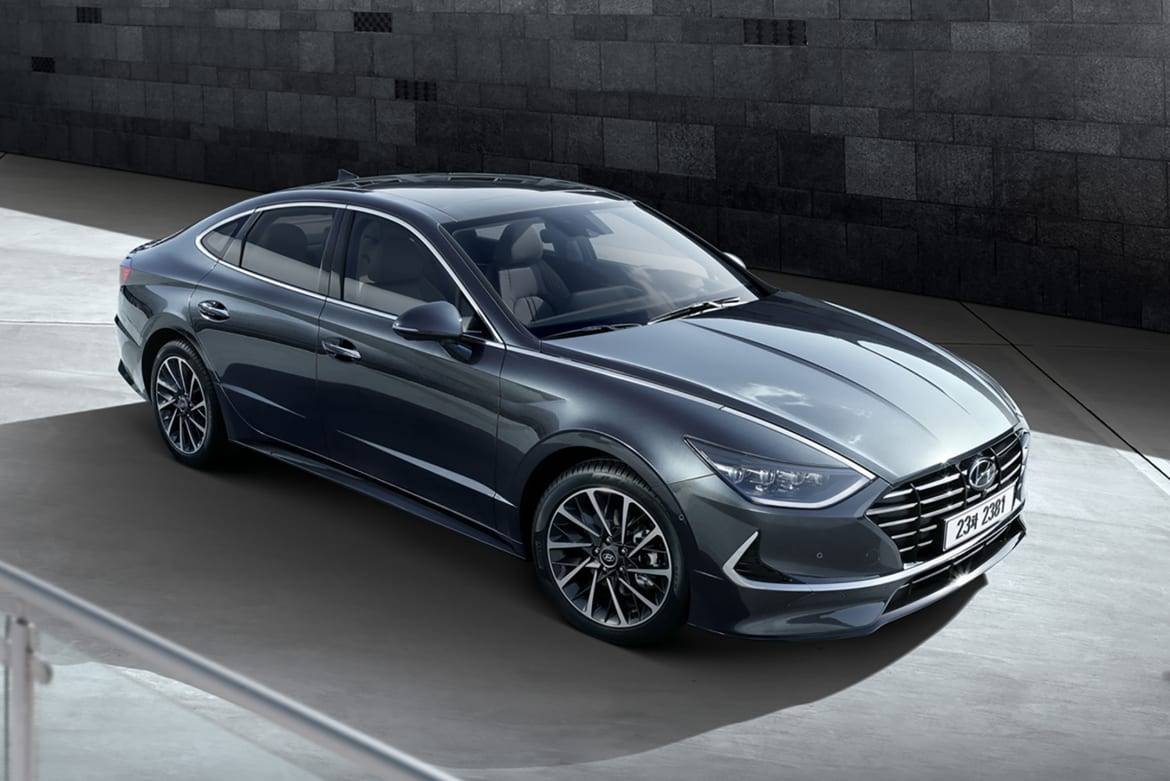 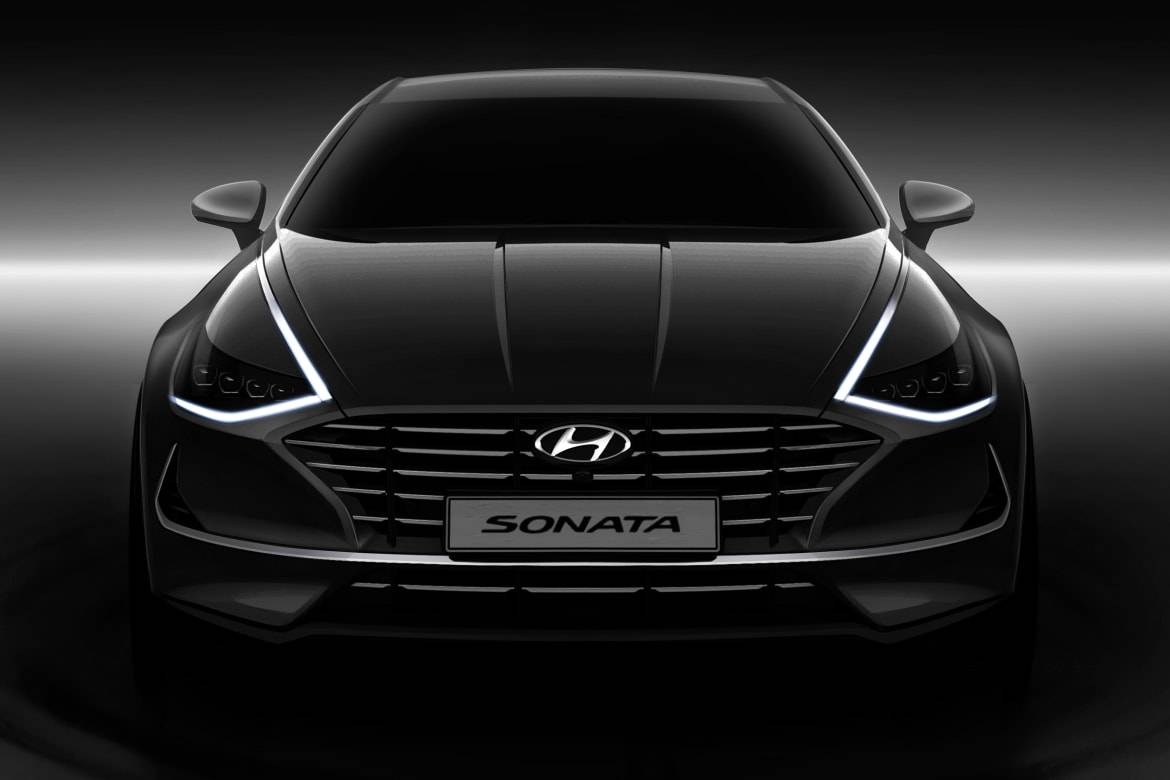 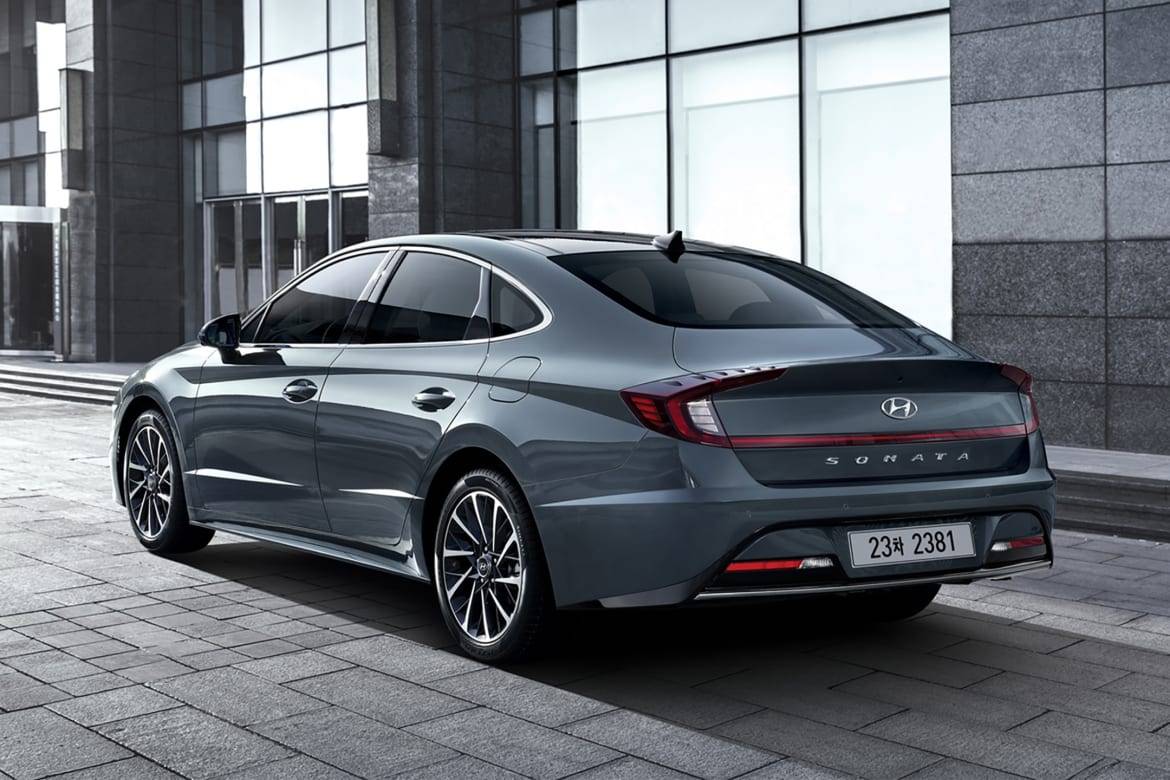 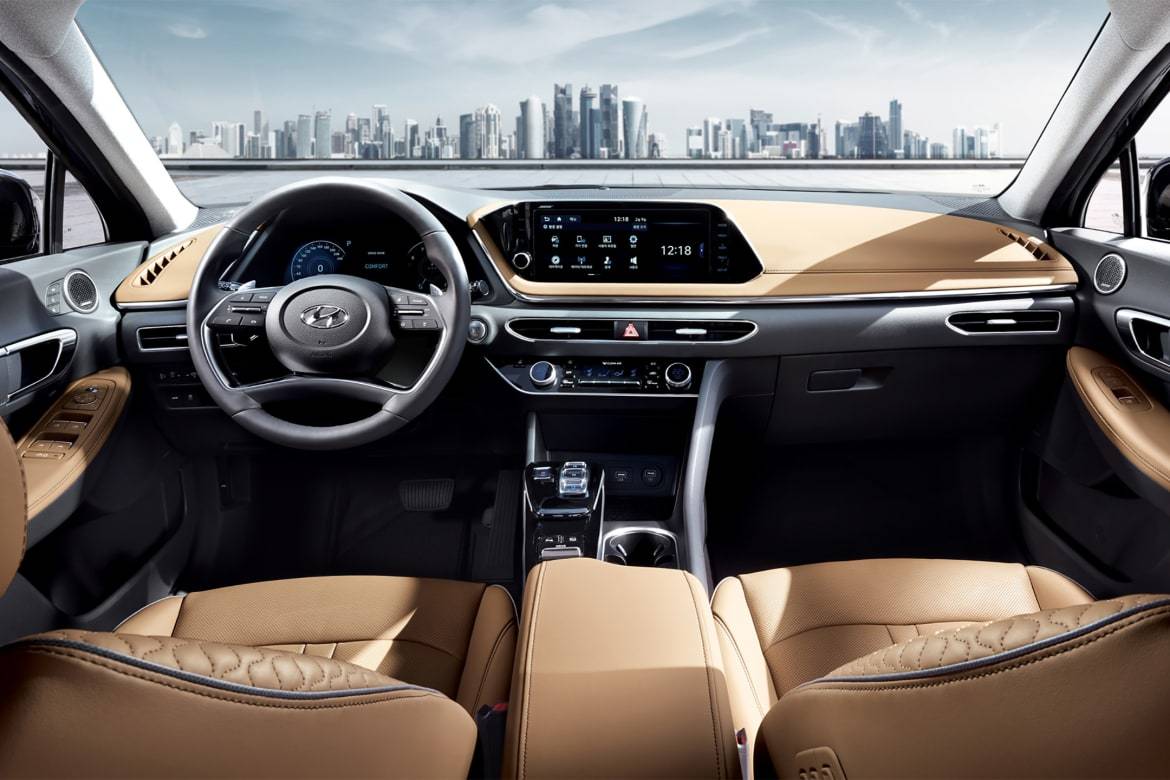 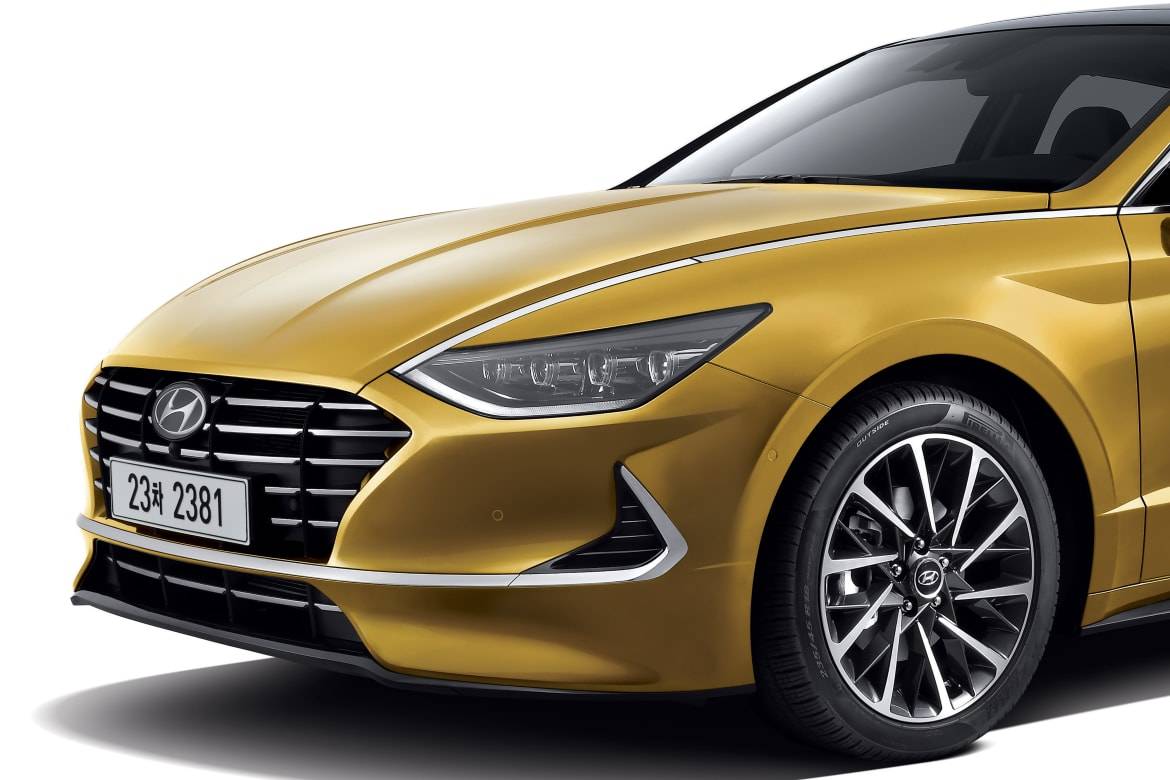 The brash 2011 Hyundai Sonata proved that mainstream mid-size sedans didn’t have to look  frumpy. Then a watered-down 2015 redo proved they still could be. Aiming not to repeat that mistake, Hyundai now has revealed a 2020 Sonata that gets its styling mojo back. It will take on the recently redone Toyota Camry and equally sleek new Honda Accord for the remaining sedan buyers that U.S. automakers are fast deserting.

Hyundai gave us no more details, saving those for the U.S. debut of the car in April at the 2019 New York International Auto Show. We don’t know about a new platform or powertrains, but it’s not as if the current Sonata isn’t a pretty good sedan — it just ain’t pretty. The 2020 edition changes that, not only with a good-looking shape but also with some details that break new ground — and it should have premium-sedan makers hearing footsteps.

An innovative detail of a bold new front end is LED daytime running light lines that underscore the headlights and boomerang around to run up over the hood, seamlessly connecting to chrome trim that extends back and loops around the side windows. They should be a dramatic light signature when on and Hyundai says they will go “chromic” when off, looking like just part of the chrome trim with a new technology it calls “hidden lighting lamps.” The shapes of those LEDs are mirrored on a strong chrome accent that runs side to side under the grille and wrap around side vents in the bumper. The lines surround a new version of Hyundai’s signature cascading grille.

The Sonata’s silhouette was inspired by the Hyundai Le Fil Rouge show car and takes a “four-door coupe” shape with a sloping roof that extends into a short trunk and rear overhang. It also evokes the look of such coupe-ish premium sedans as the Mercedes-Benz AMG GT and Audi A7 (minus the hatchback opening). Shapely and taut side sculpting leads to a tail that incorporates a lip spoiler look. Boomerang LED taillights connected by an LED light bar echo the shapes of the dramatic front end (not to mention, to my eye, the taillight design of Honda’s Civic). It’s a slightly bigger Sonata, with a 1.4-inch-longer wheelbase and growth of 1.8 inches in overall length as well as an inch in width. Enhancing the sleeker look, however, it sits 1.2 inches lower.

The 2020 Sonata gets an all-new interior, as well, with a design Hyundai says is a wing shape  inspired by stealth aircraft. Personally, I don’t see it — can’t tell if it’s one of ours or a Russian. But the photo (see gallery above) shows a good-looking new, low dashboard that’s designed to look as if it’s floating in front of you. Also notable is an interesting four-spoke steering wheel that Hyundai says was inspired by an aircraft yoke. The air vents are slim, and the dash and doors get ambient lighting.

A wide multimedia display sits above the dashboard, and a second screen provides the gauge cluster. In a possible shot at Mercedes’ two-foot panel of connected screens in its newer vehicles, Hyundai sniffs that designers “aimed to alleviate the distracting large screens featured in many luxury cars today and instead threaded the two displays together on the 2020 Sonata, using a unique ‘S’ curve.” More significant for potential users, the photo appears to show a real volume knob and capacitive shortcut buttons with the center touchscreen display.

Not to throw shade before I try it, but the photo also shows a button shift control on the console, replacing a traditional lever and looking a lot like the button shifter design I can never quite get comfortable with in many Honda vehicles. We’ll get a closer look soon enough in New York.