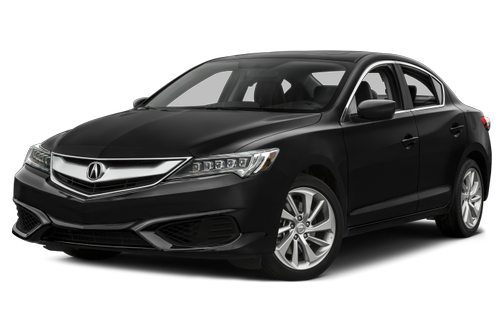 Our 2016 Acura ILX trim comparison will help you decide.

The restyled 2016 Acura ILX is a competent, fun-driving car in the entry-level compact luxury field, but it doesn’t live up to some luxury-class expectations.

The ILX gets a lightly revised exterior, minor interior cabin updates, and more available technology and safety features this year. Acura also discontinued the base engine, leaving only one, and replaced lesser manual and automatic transmissions with a new eight-speed automatic that features the unique combination of a dual-clutch paired to a torque converter.

Another change for the Acura ILX is the number of option packages available, which serve as its trim levels. For 2016, Acura offers six trims instead of last year’s three. You can compare the 2016 model with the 2015 here. We tested a 2016 Acura ILX with the AcuraWatch Plus option package.

Exterior & Styling
The new  Acura ILX A-Spec looks slightly different from the 2015, with a front end that really resembles the larger Acura TLX; it features the same linear LED headlights and a slightly pumped-up grille. Overall, the changes are subtle but well-done to my eye.

Aside from being a good-looking car, the Acura ILX won’t be mistaken for anything but an Acura. I think this is really important if you’re introducing a brand to customers.

How It Drives
Driving the Acura ILX has some drawbacks, but overall it’s rewarding compared with other entry-level luxury cars.

The 201-horsepower, 2.4-liter inline 4-cylinder engine has good power for the class, but there’s a lag when accelerating from around 40 mph or so. That’s because the eight-speed transmission is quick to upshift as you accelerate, so when you want to make a pass you have to wait for the transmission to kick back down several gears. This gives the impression that the engine makes less power than it does.

There are two ways to counteract this, one of which is to use the steering wheel’s paddle shifters to manually select gears — but how “automatic” is the transmission if you’re required to do anything? The other way around that is to use Sport mode, because then the ILX holds onto lower gears longer before shifting up.

The Acura ILX’s engine also stays revving at a higher speed when you lift off the gas for longer than other engines, particularly in Sport mode. The downside to all that, though, is that there’s a lot more engine noise. It’s really noticeable, and while I like the sound of the engine, it’s unexpected to have so much noise in the luxury class.

Further, the ILX is fairly loud inside overall. There’s the engine noise, yes, but I also heard a lot of road noise in my test — not only on rough roads, where you’d expect it, but also on smoother pavement. That’s odd considering Acura said it had added more sound-deadening material in the 2016 ILX.

But then there’s the ride and handling. The ILX is stiffer than a lot of compact luxury cars, and you’re rewarded with handling that’s better than most in its class. On smooth roads, it was a lot of fun to rush up to a turn, brake, and shoot away from the corner.

While the suspension does a decent job of absorbing normal bumps, the larger ones really send a shock through the car. It’s also not the most settled car on really rough, broken pavement. Others in the entry-level luxury class — notably the Buick Verano and Audi A3 — cope with this sort of road better.

The Acura ILX gets an EPA-estimated 25/36/29 mpg city/highway/ combined, and premium gas is required. The numbers beat the Verano’s 21/32/25 mpg, the turbocharged Verano’s 21/30/24 mpg and the Audi A3’s 23/33/27 mpg. While the ILX posts better figures, though, it should be noted that neither the A3 nor Verano require premium gas. That could make a difference when it comes to the cost of driving.

Interior
The biggest drawback I found in the ILX is its cramped headroom, both up front and in back. Granted, I’m 6 feet 2 inches tall and sit very upright when I drive, but this car was uncommonly tight. Up front, I could not wear a hat without it scraping the roof, and I couldn’t sit in back without my head itself touching the roof. The latter fact is particularly unfortunate, because there was adequate legroom in back for a compact car.

Also of note is the fact that a power moonroof is standard on all ILX models, and I have to wonder if not having that feature would give me a little more room up front? That’s often the case when a moonroof is an option.

Finally, as the Acura ILX is a sedan, it’s reasonable to expect it to be used to haul families, and our certified child-safety seat installers put the ILX to the test. Check out the results in our Car Seat Check.

The Acura ILX’s overall cabin quality is quite good, with good-looking — and good-feeling — materials. In particular, the buttons and switches have a substantial feel. Nothing feels cheap or flimsy.

Visibility is also good. Even with the cramped headroom, I was able to feel confident behind the wheel and make quick moves in traffic.

Ergonomics & Electronics
Acura does a nice job in this department. The steering wheel is practically covered in buttons, but with use — they become familiar. It felt as if someone at Acura sat down and figured what combination of controls should be grouped together, then installed the buttons based on that.

The multi-information center control panel took a bit longer to get used to, but that likely was because I was focusing on mastering the steering wheel. It’s worth noting that, in this era of vast touch-screen adoption, our test model did not have what Acura calls its On Demand Multi-Use Display touch-screen option, which allows people to set up shortcuts for things such as stereo presets and climate settings. It was refreshing to use a button or knob to adjust climate and radio controls.

The biggest issue with the electronics is how Acura has set up the ILX option packages. The ILX is available as a base ILX, ILX with Premium Package and ILX with Technology Plus Package. Those trims are joined by the sporty new A-SPEC Package for 2016, which is also available with the Premium and Technology packages.

What that means for consumers is that if you opt for the ILX with AcuraWatch Plus that we had, you get features such as adaptive cruise control, but you don’t get satellite radio. That’s an extra-cost, stand-alone option (excluding the subscription) on this version. Otherwise you have to move up a trim level for about $2,000. To my way of thinking, if you’re asking roughly $30,000, why not throw in satellite radio, given the system’s ubiquity even in non-luxury cars?

Cargo & Storage
The trunk is large, with 12.3 cubic feet, but the Verano has more space: 14.0 cubic feet. Those who wish to carry larger items will be happy to learn that there are folding rear seats; however, the opening the folded seats create is an odd shape. Hauling long items — such as skis — is easy, but bigger things like TVs or card tables can be an issue.

Inside the cabin, there’s a decent-sized center storage console for a compact car, plus a few cubbies that came in handy.

Safety
The Acura ILX received the Insurance Institute for Highway Safety’s highest rating — good — in its tests for the 2015 model. The 2015 results apply to the 2016 but exclude a small overlap result, the results of which will be revealed in fall 2015 in the 2016 report.

Our test model came equipped with a number of optional safety features, including lane departure warning and a lane keeping assist system that will steer the car back into your lane if you wander. There was also a forward collision warning and collision mitigation system that sounds a warning and applies brakes to help avoid a collision.

The lane keeping assist system is interesting because it really feels as if it’s steering the car back into your lane, as opposed to other systems that use braking force to “steer” the car back into the lane. The ILX’s response is just obtrusive enough — in a good way — to let you know corrective action is being taken, but it doesn’t startle you.

I never had to test the collision mitigation system’s automated braking, thankfully, but I can report the collision warning that comes on first is effective. It flashes the word “Brake” in bold yellow letters in a way that’s hard to miss and sounds a chime that’s also hard to miss. It could be seen as annoying, but in this day when more drivers are distracted, a bit of intrusion in the name of safety might just be warranted.

You can see all the ILX’s safety features here.

Value in Its Class
The ILX carves out a niche for itself in the entry-level luxury class thanks to its driving dynamics. Stacking the ILX up against cars such as the Audi A3 and Buick Verano, maybe even the Mercedes-Benz CLA250, it offers the spunkiest performance. The Buick isn’t as rewarding to drive, but is much, much quieter on the inside. And while the A3 is more composed over rough, broken pavement, it can’t match the ILX for driving fun.

I also think the ILX excels in its interior quality, looking richer than either the A3 or Verano and sporting the most substantial-feeling controls and buttons, as well. You can compare all those cars’ specs here.

After that, though, the Acura ILX starts to suffer in comparison. It’s easily the loudest car of the three, and both the Verano and A3 don’t pinch me for headroom. I’d describe the Verano as the most traditional luxury car, with its quiet interior, leather seats and comfortable road manners. The A3 is a more austere version of the same, with a chassis that can really cope with rough roads. The ILX is the sporty one that’s a little rough around the edges.

The Acura ILX is OK, but it doesn’t exactly fill your heart with aching lust for another Acura.

Sporty and reliable, yet economical

Equip with a beautiful duel clutch transmission, this car feels amazing to drive, up until about 40, where the early gears start to lag, but as suggested sport mode or down shifting solves this. Coming from a Honda civic 2017, I can say this car although slightly dated in the inside, feels loads more powerful and comfortable. With seats that hug your body, giving you one of the most comfortable seats out of any car period. The ride itself is great too, although a tad stiff, which in it's self gives it good handling and corning in return. The only big con is the interior is a little dated compared to newer cars, so not a whole lot of smart phone integration besides aux, usb, or Bluetooth, although this means less issues with electrical issues like my old Honda had. Overall I couldn't recommend this car enough, as when buying used it is far cheaper and better than comparative civic models like the ext or si.

Loved the gas mileage an it's a small vehicle that's was just right for me an my boys an the little girl time an shopping I loved to do, as well as a night out on the town

October 2, 2020
By LauraGee from Chicago
Owns this car

It’s like a Honda Civic but on speed. Fun to drive. Zip zip! Price was good. Very good gas mileage on the highway. Highly recommended!

All model years for the Acura ILX 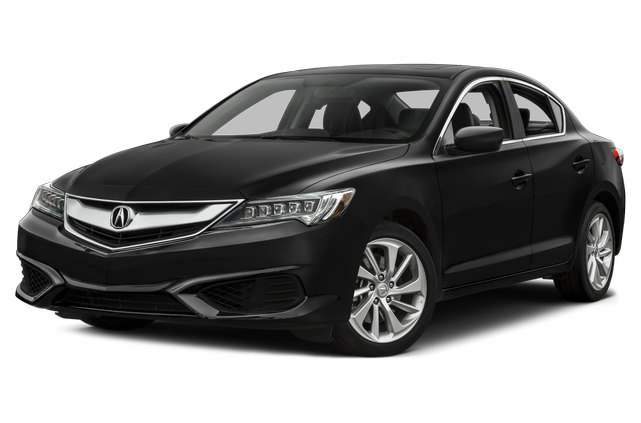 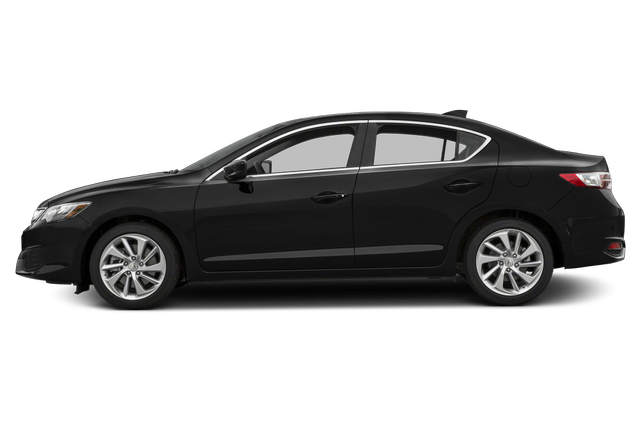 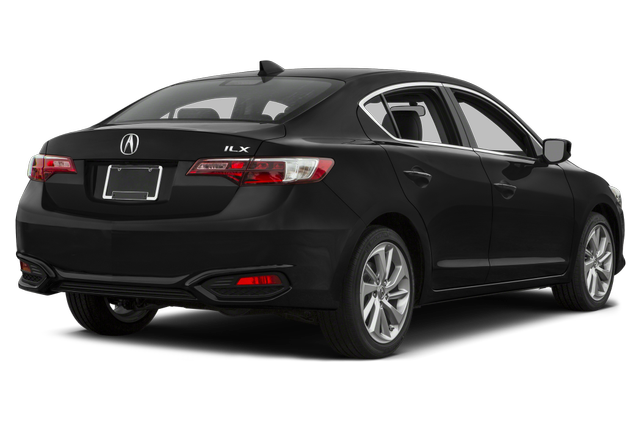 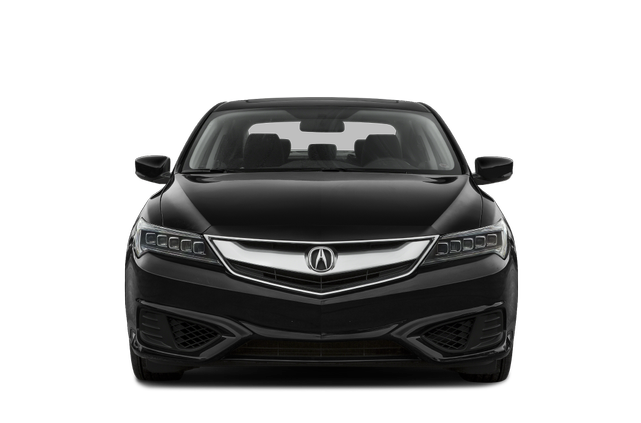 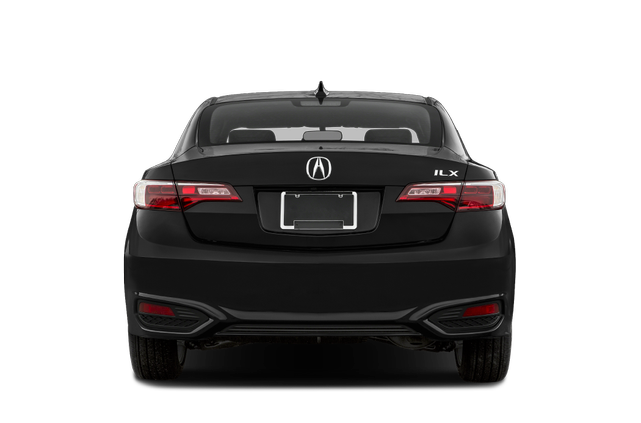 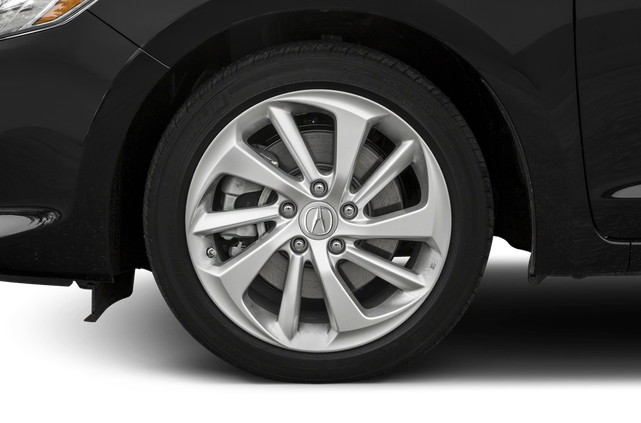 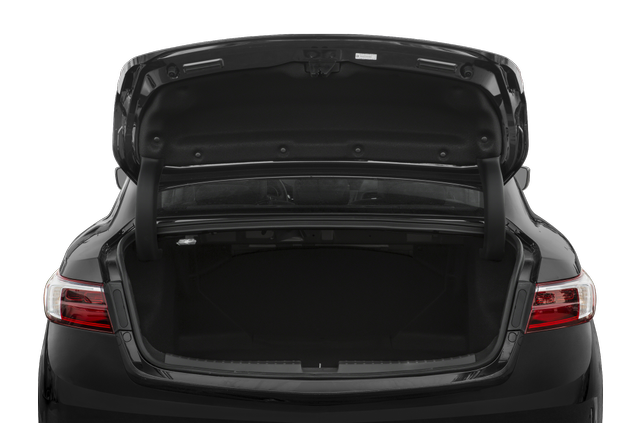 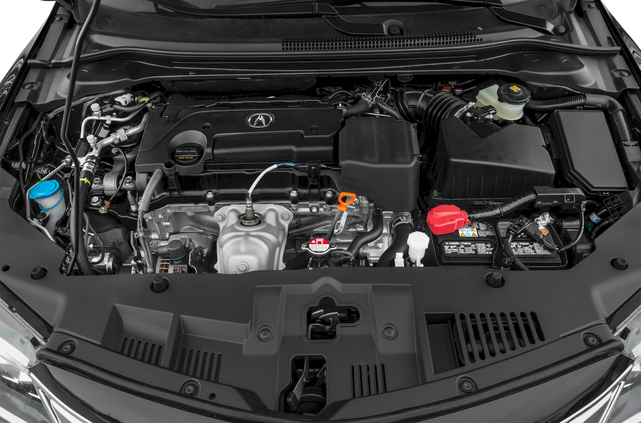 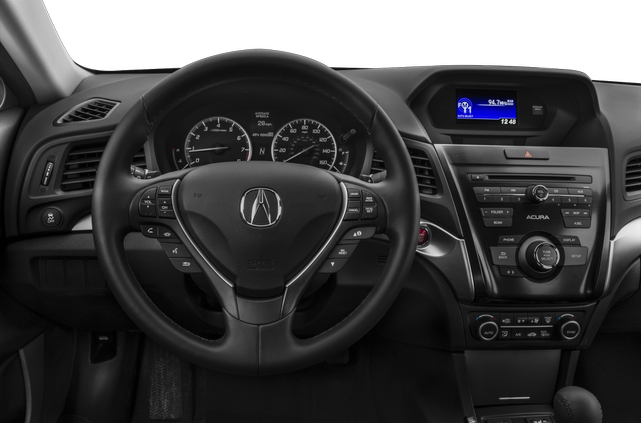 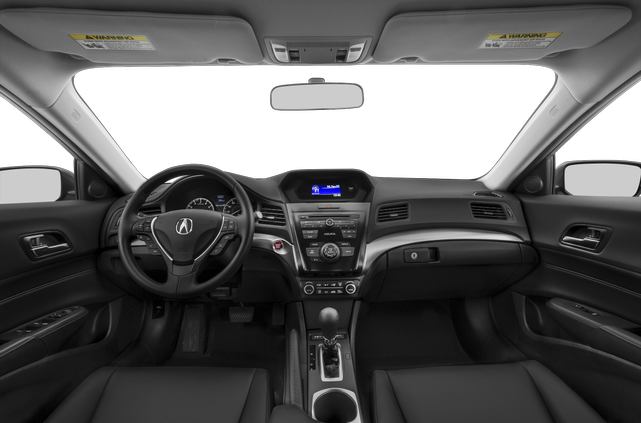 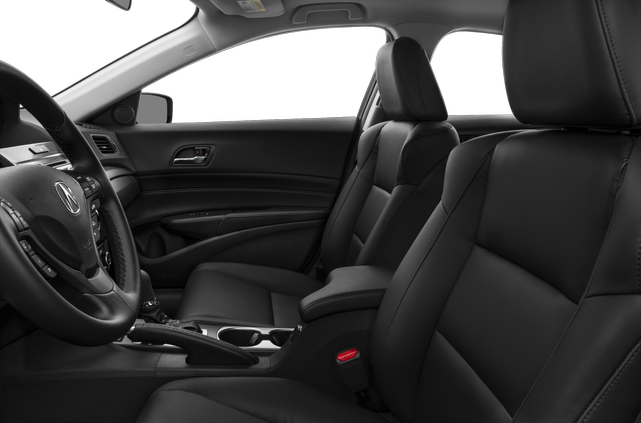 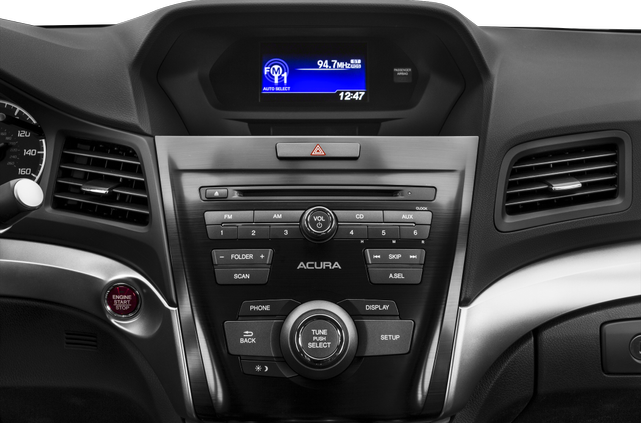 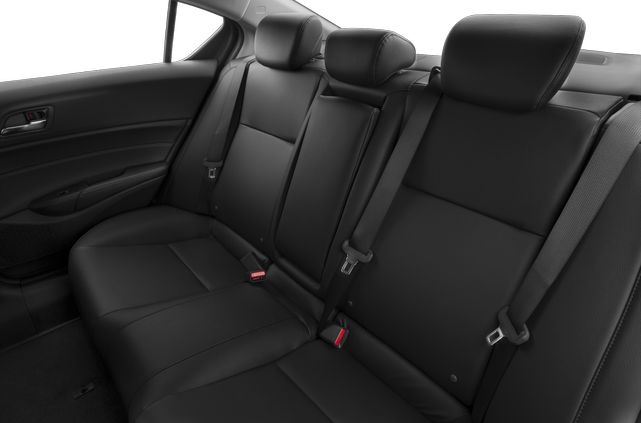 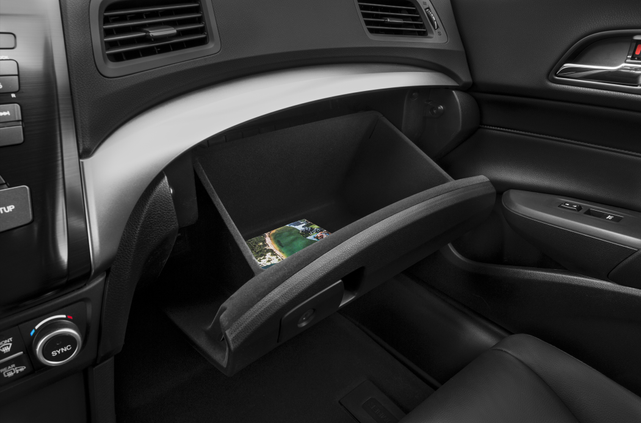 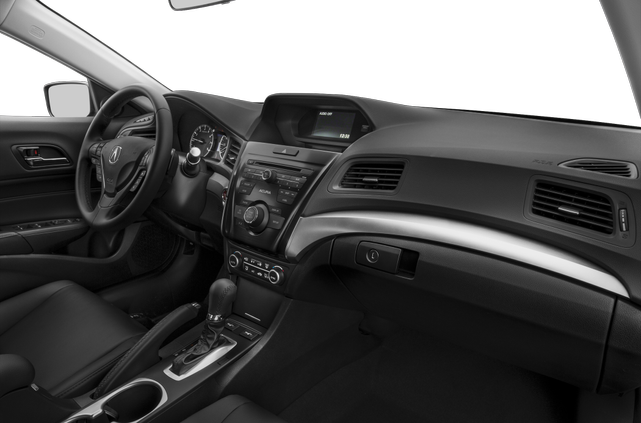 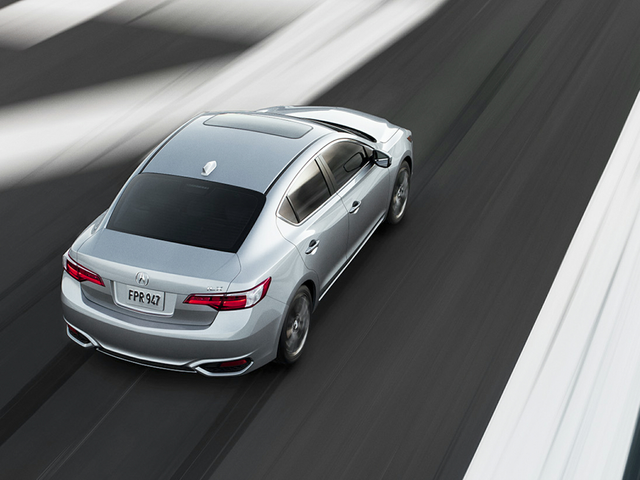 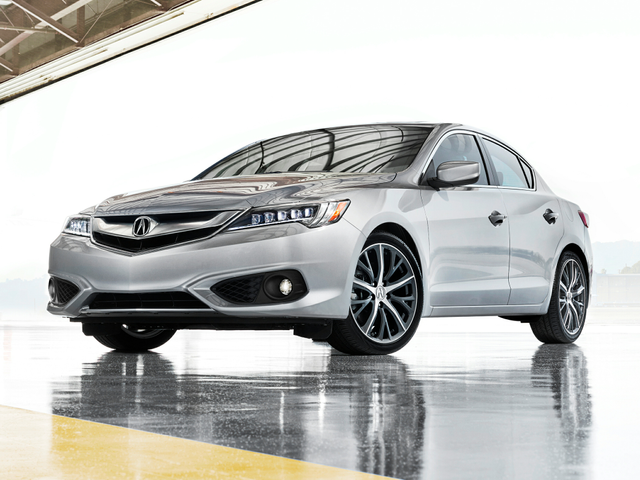 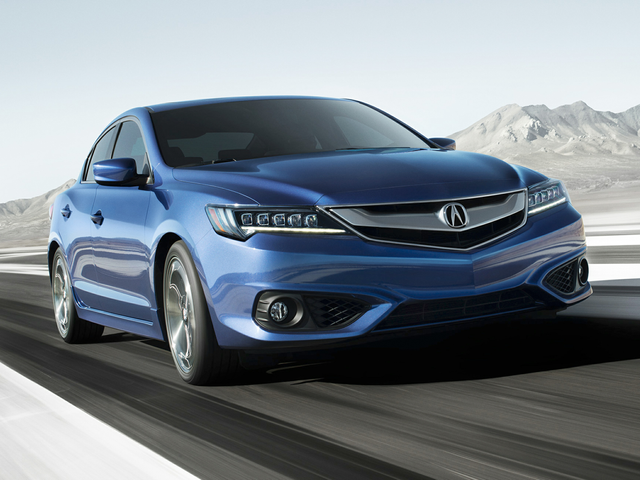 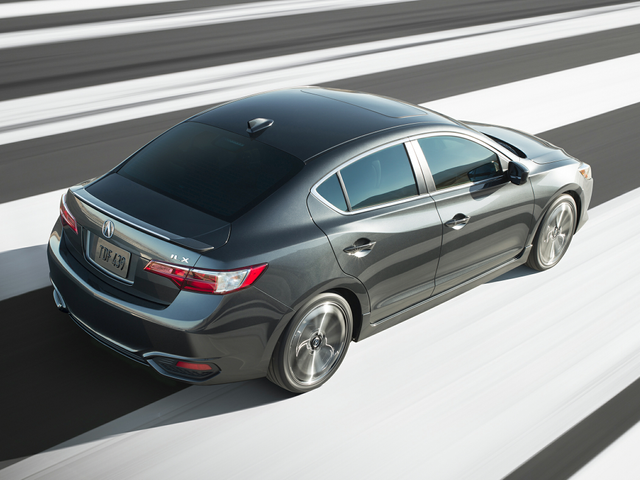 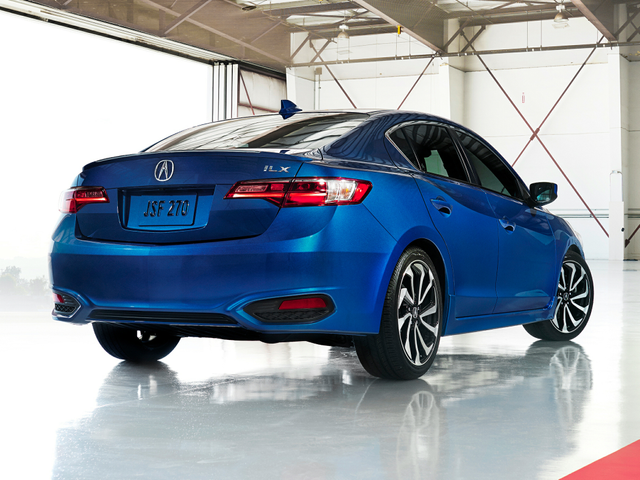 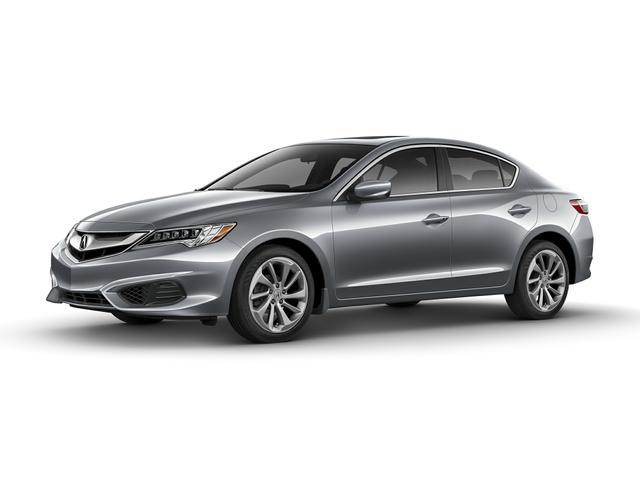 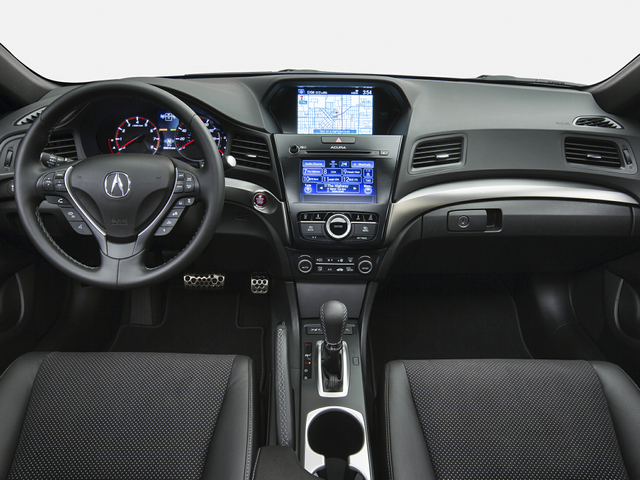 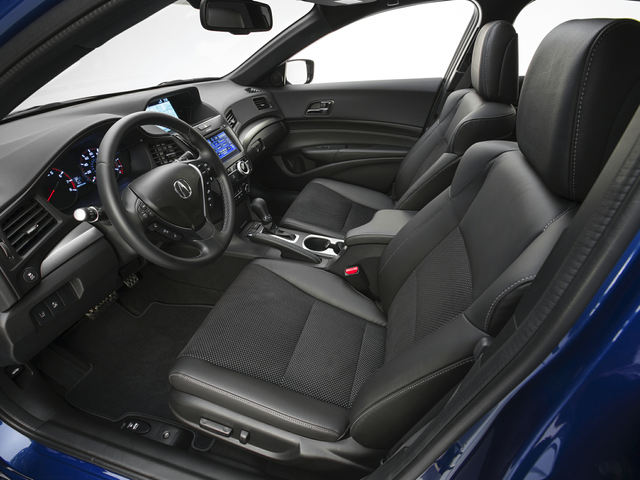