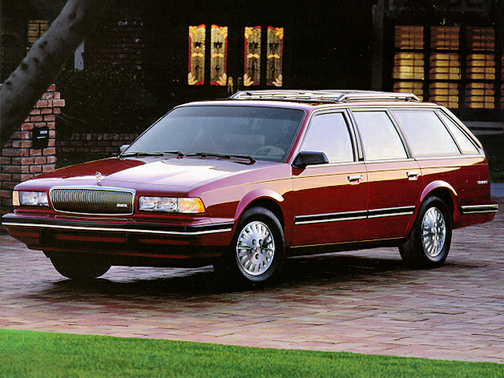 Our 1995 Buick Century trim comparison will help you decide.

THIS IS A city of old things, a place of tradition. It’s the perfectsetting for a test drive of the Buick Century, America’s most aptlynamed car.

From its body to its dashboard, the Century is a work of motorizedmoss — so dated, so funky, it could be on display in a museum.

‘Tis a wonder that Buick had the temerity to call the currentCentury a “1995 model.” I mean, look around. What other 1995 car hassuch linear, boxy, uninspired lines? Step inside. That dashboard, withall of its angular weirdness, could fit into a scene in one of AnneRice’s vampire novels.

But all is not lost. The car has some bright touches, such as thedashboard-mounted map light, illuminated interior door handles, brighterwarning lights and — finally! — an arc-shaped speedometer that’sactually readable.

There are other good points. But the whole of the Century is quiteunderwhelming — about as exciting as sitting in a dank Bourbon Streetbar, sucking on a bottle of Dixie beer.

Background: The Buick Century has been around for 14 years. It’s afront-wheel-drive, mid-size sedan, which is also sold as a wagon. It’sdevoid of anything approaching soul or personality.

If you can accept that, or, if it doesn’t matter, the Century is agood deal. It’s a solidly built machine. It’s reliable, very comfortablefor five people and reasonably comfortable for six.

The Century comes with one of two engines. There’s a 2.2-liter,inline four-cylinder job rated 120 horsepower at 5,200 rpm, with torqueset at 130 pound-feet at 4,000 rpm. It’s an adequate engine, but it’snot much more than adequate in a car that weighs nearly 3,000 pounds.

A three-speed automatic transmission is standard with thefour-cylinder engine, which makes it more of a slug. A four-speedautomatic comes with the 3.1-liter V-6.

The car comes with one air bag — for the driver.

It also comes with those ludicrous, door-mounted automatic seatbelts. Egad! Talk about passe!

Complaints: Interior and exterior styling, and those goofy”automatic” seat belts.

Ride, acceleration and handling: Very good highway ride, especiallyon straightaways. Dicey handling on curves. That is, the front endthreatens to lose composure on any curves taken at speed. Decentacceleration with the V-6 engine. So-so acceleration with theinline-four. Braking was okay — meaning that especially in this car,you have to apply common sense before you hit the brakes. This isn’t aperformance car. Understand?

Mileage: About 23 miles per gallon (16.5-gallon tank, estimated365-mile range on usable volume of regular unleaded), combinedcity-highway, running with one to six occupants and light cargo.

The Custom package includes leather-faced seats, power windows and,um, whitewall tires. Price for the whole Custom shebang is $18,500,including a $535 destination charge. Purse-strings note: It’s wortha look. But there are much more enjoyable, competitively priced mid-sizecars, such as the Mazda 626, the completely revamped 1995 ChevroletLumina, Chrysler Cirrus, Ford Taurus, Ford Contour, Honda Accord, NissanMaxima. But, hey, none of those has the Century’s historical value.

This car is one of the most reliabie cars I've own

Never been more satisfied with a car!

October 27, 2019
By Buick Lover from Olympia
Owns this car

I bought the 3.1L V6 2 years ago in 2017 for $500.00. It only had 96,000 miles on it. Truly a rare find for it's age. I've kept up on the upkeep pretty well. Never late on oil changes, and flushing the coolant system. My highway gas mileage is about 22mpg. Smoothest ride I've ever had. Truly, better than any newer car I've ever driven. And she sounds like a beast! Everytime I fire her up, she purrs. They truly don't make cars like this anymore.

Most reliable car i have ever owned.

September 14, 2017
By Bud Micmillen from McLoud
Owns this car

28 mpg driving 80 mph. I drive this car hard and it takes everything i put on it. Never fail to start. They don't make cars this good anymore. 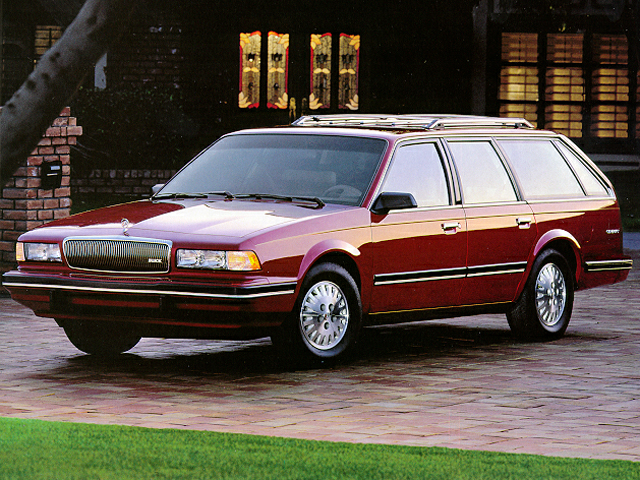