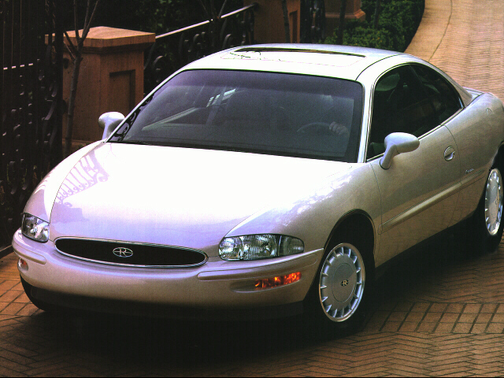 Our 1996 Buick Riviera trim comparison will help you decide.

Draw up a list of some of the best-looking coupes on the market, and the 1996 Buick Riviera would be near the top with most car aficionados.

Sleek in a way that sets it apart from its competitors, the current Riviera is a worthy descendant of the stunning 1963 Riviera, which helped define the luxury sports coupe genre.

The good looks have helped put some bright news on Buick’s tally sheet. For 1995, Buick moved more than 25,000 Rivieras — close to its production capacity of about 30,000 units a year.

Such success flies in the face of Buick’s shrinking market share.

Some of the weakness in the Buick lineup come as the division, which traditionally ranks just below Cadillac in the GM marketing scheme, struggles to attract younger buyers with less-expensive cars.

While offering solid, well-equipped cars such as the Century and Skylark at list prices well below $20,000 is a worthy goal, Buick has not met with much success going door- handle-to-door-handle with the likes of Toyota.

Buick faces a long haul in getting younger buyers — who often have no tradition of owning GM cars — to give their lower-priced models a spin.

Given the success of the Riviera, perhaps the division should concentrate more on its upscale products.

That is not to say that the Riviera is perfect. What it lacks, to some degree, is the performance to back up that cutting-edge look.

The suspension has been tuned to appeal more to traditional Buick buyers — who apparently appreciate taking the feel of their family room sofa on the road.

It’s not that the Riviera handles poorly — it’s competent — but it lacks a fun-to-drive feel of, say, a Mazda Millennia or even an Oldsmobile Aurora.

There is a lot of body roll in tight turns, and the power steering feels numb.

On the plus side, the Riviera is very quiet on the inside, taking on an almost churchlike quality.

Such hushed tones are befitting a Buick Park Avenue, but seem ill-placed in a Riviera, which should give the driver useful road feedback and a throaty roar from the exhaust pipes during hard acceleration.

One way in which Buick has perked up the Riviera is by offering an optional 3.8-liter supercharged V-6, which puts out 240 horsepower.

Coupled to the four-speed automatic transmission, the supercharged Riviera can get to 60 mph in about 7.1 seconds, yet squeeze between 17 and 27 miles from a gallon of gasoline.

While V-6’s numbers impress, the engine still fails to stir the soul. It gets the job done in about the same fashion as the V-8 powered Olds Aurora, but stabbing the accelerator in the Olds is a far more entertaining exercise.

One area in which the Riviera gets high marks is interior styling. The dashboard uses flat surfaces with round air vents and instrument clusters to create a classic look. Of all the cars rolling out of Detroit, the Riviera has the most pleasing interior.

Since it’s built on the same front-wheel-drive chassis as the four-door Aurora, the two-door Riviera has a back seat that is unusually large for a coupe.

Rear headroom is somewhat compromised by the body’s cigar shape, but two adults can be hauled around in comfort, and a third grown-up can be squeezed back there for short periods.

Price is also a selling point, which is a theme these days at Buick. The base price of the Riviera is a tad over $30,000; a supercharged model lists for about $34,000.

When you consider that a number of sport utility vehicles and minivans list for about the same, it’s easy to see that the Riviera offers a lot of style for the money.

It’s just a shame that Buick didn’t see fit to push the performance and handling en lope to match the promise of the Riviera’s styling.

This auto has been very reliable and I have kept it up very well It is ready for a long trip! It has almost new Michelin tires new brake and front end alignment good gas mileage!

August 10, 2017
By chenel from roanoke, virginia
Owns this car

I love her. She's expensive to fix, but doesn't need it often. A dream of a ride. Very, very comfortable. I turned off the supercharger to get better gas mileage, about 20 mph, as there is plenty of power without the supercharger running. This is a heavy car, which I consider safer than the fiberglass, lightweight cars. The trunk is deep and long, thus holds a lot. My mechanic today (8/10/17) said Buick is discontinuing (or discontinued already?) the Riviera, which should make the value increase. He said this vehicle gives Cadillacs a run for the money.

A work of ART! "Never seen anything like it"

This car is the ultimate Sport/luxury cruiser. Technology way ahead of it's time with the solid reliability of the old classic cars. Great in the snow and ice, and still cruise down the highway at speeds of 100 mph+... like you were on your leather, living-room (reclining) couch; watching a Nascar race! 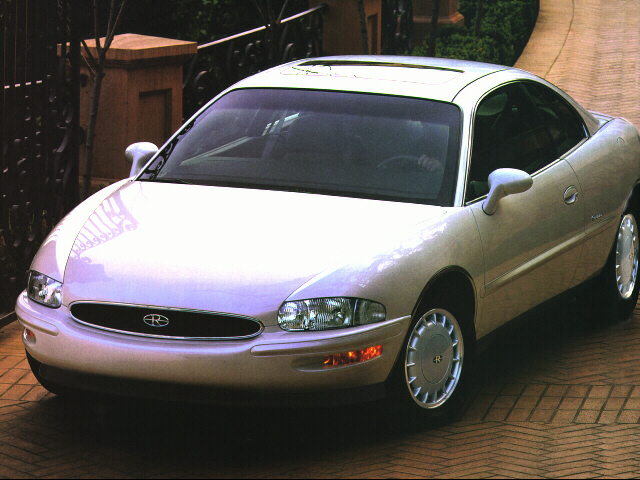