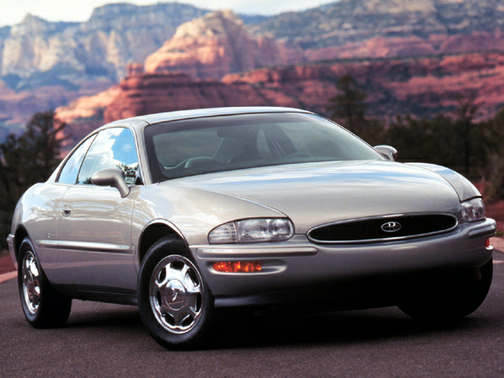 Our 1999 Buick Riviera trim comparison will help you decide.

Maybe it’s because I grew up with big cars, road-faring dinosaurs that sucked up the fossil fuel of their four-footed relations, but I’ve always had a soft spot for large Detroit iron and soggy suspensions.

Fun to drive? Only if your idea of fun is trying to parallel park a car the size of Texas into a spot meant for Rhode Island. Then there’s the challenge of the “how many gas stations can I pass by before I have to stop?” game.

But it’s the uninhibited American-sized brash, but confident, nature of these beasts that I adore. It’s the same feeling that most of today’s car-buyers find in trucks, but won’t admit it. And the descendents of these Detroit sea-vessels get much better mileage than any tree-tromping sport ute.

So, it’s with more than a twinge of sadness that it’s time to bid farewell to another long-lived nameplate.

The last few years have not been kind to old names. Chrysler axed the LeBaron and the New Yorker; Ford axed the Thunderbird and GM has axed the Tornado, 98, Skylark and will soon end production on the 88 and Riviera.

It’s sad to see the Riv set sail, for it was a stylish coupe for most of its life. The name harks back to 1949 and the Roadmaster Riviera hardtop. Although Buick trotted out the name throughout the ’50s, it wasn’t until 1963 that it became a distinct model line.

In an age where every vehicle name represents either some rugged place the vehicle will never go or some marketer’s misconception of the English language, it’s almost quaint to remember that automakers used to name their cars to give it a clear image. In this case, it’s a French vacation spot where the local countrymen would never drive a crass American car.

The first Riviera was one of the ’60s finest moments style-wise, and one of GM styling-boss Bill Mitchell’s finest designs. It had clean, knife-edge styling and perfect proportions that were widely lauded and still look timelessly modern today. If the second generation wasn’t as highly praised as the first, the third generation boat-tail Rivs debuted to decidedly mixed reviews. I always liked looking at these boat-tailed Rivs, as long as I didn’t have to drive one.

It was downhill from there, only to be rescued in 1979, when the model was switched to the chassis it shared with the Cadillac Eldorado and Oldsmobile Tornado. That meant front-wheel-drive and a popular body style that even yielded a stunning — albeit it rare –convertible. Buick downsized the car for 1986 and saw sales sink accordingly.

In 1995 the Rivera once again became a style leader for the rest of the Buick line with its swooping belt-line and pinched round grille — a hallmark of Buicks since the Park Avenue and Regal/Century.

While the first Riviera used a 401 cubic-inch engine that pumped out a healthy 325-horsepower, the current iteration uses the tried-and-true supercharged 3.8-liter V-6, good for 240 horsepower fed through the front, rather than rear, wheels.

Stabbing the th rottle brings the beast to life and quite quickly one can propel this massive Buick down the road. The steering is light, so is brake effort. But this is a Buick in the classic sense.

But it has traction control and anti-lock brakes. Dual airbags and automatic headlamps come standard. There’s even a CD player, CD storage and even heated seats. The chassis is ultra stiff, giving the car a measure of handling one wouldn’t expect. It’s no sports sedan, but it will tackle corners without plastering passengers against the door.

It’s just that its mission is classic Detroit. And it’s big, really big.

Sinking into the front bucket seats make you feel insignificant in this machine with its large doors, swooping rear window and large trunk. The wide flat dash, pock-marked with round gauges that recall a ’60s design are spread out in front of the driver.

The seats are soft and wide. The ride is soft, the car is wide. It made me feel as if my body should b e soft and wide to drive the thing. But gobbling up interstate highway is its mission. And it’s about to set sail for the last time.

It would be easy to say that no one wants cars like this, but that isn’t true. The Riviera was finding buyers, despite the lack of marketing and, according to Automotive News, the line it was built on was profitable. But building three cars an hour won’t win prizes with efficiency experts. So like the Reatta before it, GM seems only too willing to kill a decent car.

For its final drive, Buick will produce 2,000 1999 Rivieras to join the one million Rivieras produced since 1963. The final 200 will be named Riviera Silver Arrows, with any color, as long as you like silver.

And then, who knows. Buick may use the name in the future. According to press reports, currently on the drawing board is a vehicle similar to the Buick Signia show car that drives like a car with minivan-like space. Further down the line is a car equipped with satellite navigation and on-board internet access.

But sheet metal sells cars. And Buick needs sizzle. Where it used to sell over a million cars in 1985, it now sells less than 450,000. While cars like the Regal and Century are just what Buick needs, so are cars that buyers can feel passionate about.

Is cutting the Riviera the answer?

Less than 100 in the world last year Buick Riviera

May 17, 2020
By the Real David Pressler from Fort Lauderdale Florida
Owns this car

Owned my 1999 Riviera since new currently 235,000 miles on original engine new supercharger. GM took all the previous years defects (1995)and by 1999 had them corrected to produce a full size (three adults in the backseat!!!) nimble fuel economy supercharged V6 3800 series II engine top ten engines ever built! Dual AC, Leather throughout, power heated seats and fast. After year 2000 most cars in the US lost a 1,000 pounds of weight replaced with air bags. This extra weight plus front engine gives the Riviera a much more stable ride in high wind foul weather conditions. I know cars this beauty is a sleeper in a collectors inventory. I have 5 largest collection of the last year American icon made in the USA

December 14, 2019
By David from Plantation, Florida
Owns this car

Been driving a Buick Riviera since they first came out in 1995 last built in 1999 only 1787 built. Full size coupe that can haul humans in the backseat! ALL components in all of my Rivieras have been inspected and repaired or replaced!

Value is what it takes to replace what you have. A 1999 Buick Riviera is irreplaceable less than 100 exist in the world! My original Riv has 225,000 miles only super charger replaced, that is dependability, and I drive hard. Try finding one 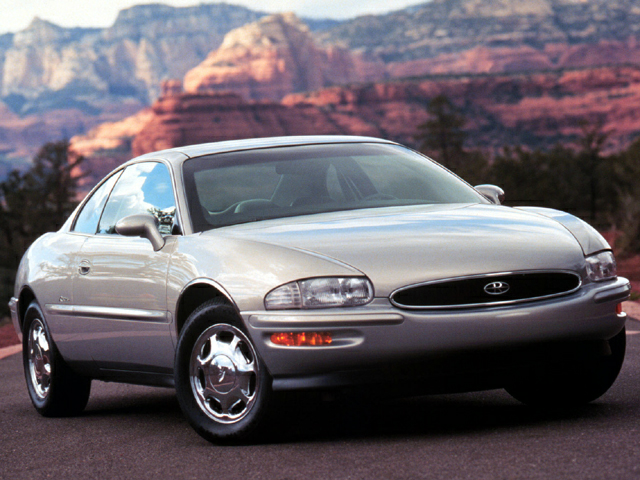 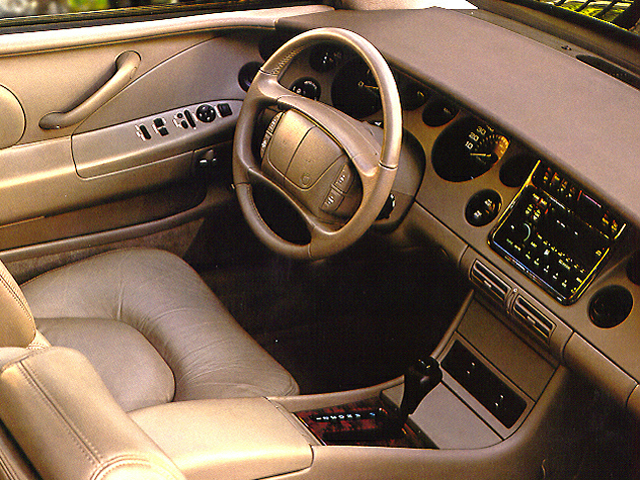