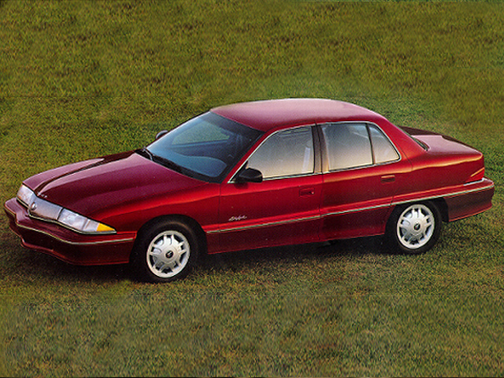 Our 1993 Buick Skylark trim comparison will help you decide.

The Buick automobile, which bears one of the most storied names on the American automotive scene, continues to adhere to its roots, which were established in 1903 and 1904.

The first two-cylinder Buick, whose prototype began in 1903, was sold in August 1904.

This time it is in the form of the 1993 Buick Skylark, a car that was totally redesigned for 1992 and returns in ’93 form with new trim levels and features designed to increase customer satisfaction. As the best-equipped compact the Buick Motor Division ever has offered, the coupe and sedan models carry forward a distinctive styling statement in three versions.

Offered are the Custom, Limited and Gran Sport levels, with all three series available in both two-door and four-door form. The coupes and the sedans have identical specifications and basic styling themes other than that associated with the absence of rear doors on the coupe.

The Skylark lies right in the middle of compact-car specifications. It’s big enough to provide respectable room, and it can function as a six-passenger when a standard 55/45 split-bench front seat is used with the Custom and Limited series.

Optional in these two models are front bucket seats. Buckets are standard in the Gran Sport.

The ’93 Gran Sport that Gregg Hutchinson, vice president and general manager of Ogle-Tucker Buick, provided for a test car was the sportiest version of the models.

The car had a standard Gran Touring suspension system, plus an optional adjustable ride control system that gave the ride the best of all worlds. There was a Soft setting for a boulevard-type ride, a Sport setting for tighter control in high-speed corners, and an Automatic setting that automatically adjusts to vehicle speed and the “g” forces acting on the chassis.

Automatic ride changes the shock absorber’s damping rates, with the system using firm shock valving below 5 miles per hour for a more controlled launch and braking. From 5 to 50 mph, the Soft valving is activated. Above 50 mph, the Sport setting is activated for better control.

Even in the sport mode, however, the system didn’t bind up the suspension movement to where the ride was harsh. The Skylark still rode like a Buick, with the Sport setting virtually negating body roll in hard, fast corners.

Control was further assisted by 16-inch aluminum wheels carrying Eagle GA Touring rubber, and sensitive, pinpoint-accurate steering. The tires put down a big footprint on the pavement for maximum traction, and there was instant reaction to steering wheel movement.

One of the better features associated with the Gran Sport is its standard V-6 engine, a motor that is an option with the Custom and Limited models.

The engine is Buick’s own 3300 Series V-6 that is the base for the turbocharged IndyCar Buick V-6; at 204 cubic inches it provided horsepowe r and torque for spirited performance.

I’d say it is quite preferable to the 115-horsepower, single-overhead-cam Quad four-cylinder engine that is standard in Custom and Limited models.

An automatic transmission is standard on all Skylarks, and when you jump on the power with the V-6, activity begins in a hurry. It doesn’t make a drag racer out of the car. But the Gran Sport is moderately light — in the 2,800-pound range depending upon equipment — and the 3300 brings it off the line with a steady launch.

For the sports types who really would rather just look sporting rather than actually get all that involved with the process, the Gran Sport test car had a lot of individual styling features that set it apart from its sister vehicles.

There were body side moldings with black inserts, tail lamps with black horizontal bars, leather on the shift handle and steeringwheel, and liberal splashes of leather and cloth upholstery that enhanced the inter ior tri m. In all, the appointments were a class act.

Sports-oriented motorists will like the full instrumentation and the way all controls are conveniently grouped around the driver. It’s not necessary to start reaching out for switches and the like to activate them.

The test car was pretty well equipped, a facet that made driving pleasant but not inexpensive from a purchase standpoint. The bottom line on the sticker read in the mid-$19,000s. However, in exchange about all the comfort and convenience items found in Buick’s big automobiles were contained in a $2,643 prestige option package.

About the only thing missing that I thought should be on a car in this price range was a four-speed automatic transmission instead of the Skylark’s three-speed automatic.

The Gran Sport cognomen may be a little misleading in that one might expect the car to be more suitable for sports use than utility. Not so.

The model easily qualifies for an everyday go-to-work automobile that can perform yeoman functions as well as put a little spice in your life.

There is quite decent legroom in the back seat, and obviously rear entrance with the four-door is much more convenient than with the coupe. It did pay to duck a little when climbing behind the wheel. But on balance entrance and exit was easy, and the overall comfort quotient quite high.

Love this site easu to use the best ever.

November 25, 2017
By Og.payne from Muskegon
Owns this car

Clean runs excelent and more.i love the cleaness of it the style body and the motor is a race motor and i love the smoothness of the ride.i will recomend this to a family and a friend. 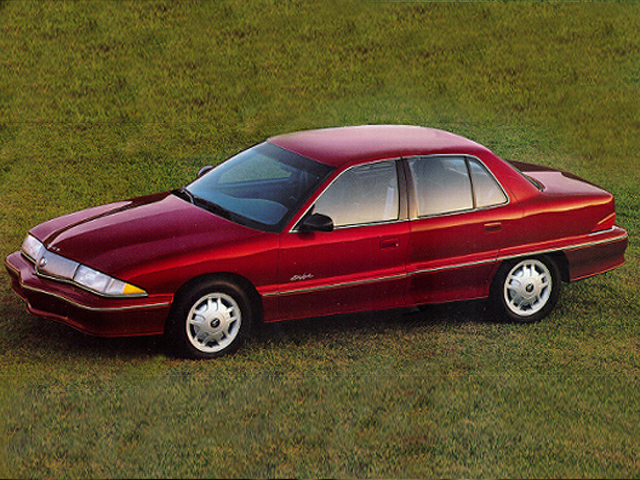