Our 2015 Cadillac Escalade ESV trim comparison will help you decide.

GM has been steadily updating its full-size pickup truck and SUV lineup over the past year, and the capstone is its 2015 Cadillac Escalade SUV, the most expensive and luxurious one of all. Offered in regular- and extended-wheelbase ESV form, the redesigned Escalade has a bold new face punctuated by distinctive headlights, a revamped interior with a focus on premium materials, more entertainment and safety technology and a new V-8 drivetrain. Hybrid and EXT pickup truck versions are no longer offered. The SUV hits dealerships in spring 2014.

Exterior
Like its Chevrolet and GMC siblings, the redesigned Escalade has a more angular, chiseled shape than before. There’s a clear connection to the prior SUV in its front-end design, but the look is amplified by a giant three-bar grille and LED headlights with vertical accent lighting. Lighting also plays a role in the SUV’s rear styling, which features tall LED taillights with an illuminated Cadillac wreath-and-crest logo.

The Escalade has an aluminum hood and liftgate to save weight, but at 5,603 pounds in base form, it isn’t exactly light. The liftgate includes hands-free operation and programmable opening heights. Naturally, 20-inch aluminum wheels are standard with 22-inch rims available.

Interior
The all-new interior is reminiscent of the one in Cadillac’s XTS full-size sedan with its focus on premium materials like real wood and integrated technology. The Escalade comes standard with the Cadillac User Experience multimedia system, which consists of an 8-inch touch-screen and touch-sensitive controls. There’s also a 12.3-inch screen in place of traditional analog instrumentation. A full-color head-up display that projects vehicle information at the base of the windshield is available, as is a Blu-ray-compatible rear entertainment system that has one 9-inch screen in the Escalade and two 9-inch screens in the ESV.

The front bucket seats should be more accommodating as the Escalade gains 4 inches of legroom and nearly 2 inches of extra headroom. Heated and cooling functions for the front seats are standard.

The extended-wheelbase version of the Escalade provides more headroom and legroom in the second and third rows, with third-row legroom benefiting the most as passengers gain nearly 10 inches extra. Cargo room behind the third row jumps considerably, too, from 15.3 cubic feet to 38.7 cubic feet in the ESV.

The Escalade now has a fold-flat third-row seat, which makes it easier to go from hauling people to cargo compared to the prior generation’s removable third row, but maximum cargo volume for the regular Escalade (94.2 cubic feet) and ESV (120.5) is about 15 cubic feet less than before.

Under the Hood
The Escalade’s 6.2-liter V-8 engine has been overhauled and now makes more power at 420 horsepower and torque at 460 pounds-feet. The engine features direct injection, variable valve timing and cylinder deactivation for improved performance and efficiency (official fuel-economy estimates haven’t been released as of this writing). There are also active shutters in front of the radiator that close at highway speeds for better aerodynamics.

Safety Features
Though the Escalade’s popularity with thieves has waned a little recently, it’s still a prime target. The 2015 version has a number of technology features designed to make it harder to steal, including an intrusion sensor, inclination sensor and sensors that monitor if a window has been smashed. It also has a stolen vehicle tracking feature through GM’s OnStar emergency communication system.

Safety features designed to protect people inside and outside the SUV include front and rear automatic braking, which issues alerts and can autonomously apply the brakes to avoid a low-speed collision. The Escalade also offers a center-mounted side airbag between the front seats.

Great and reliable vehicle. New Engine and new Transmission were installed recently. It has a very smooth ride, a hearty V8 engine, and ample cargo space

I love the luxury and performance

October 25, 2020
By Cadillac from Sauk Village
Test drove this car

The performance and all around luxury style and very roomy and convenient to relax. Stylish and comfortable elegant. A smooth ride with class and a eye catching

September 22, 2020
By Biznacho from Orlando, Florida
Test drove this car

Head turner, comfortable ride, I have owned Excursions but this is a whole other level, room for the whole family and gear, a/c cranks, whish I would have bought one long time ago

All model years for the Cadillac Escalade ESV 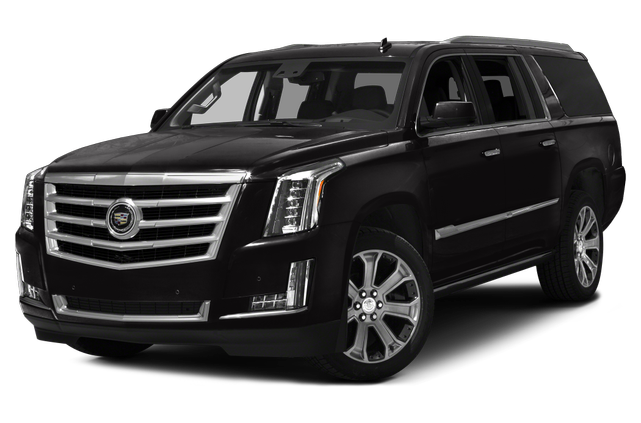 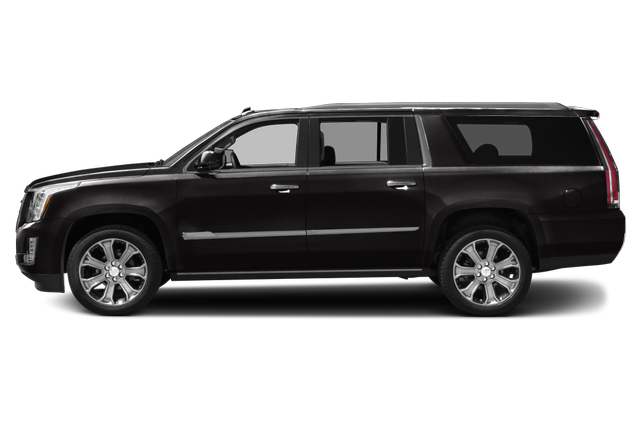 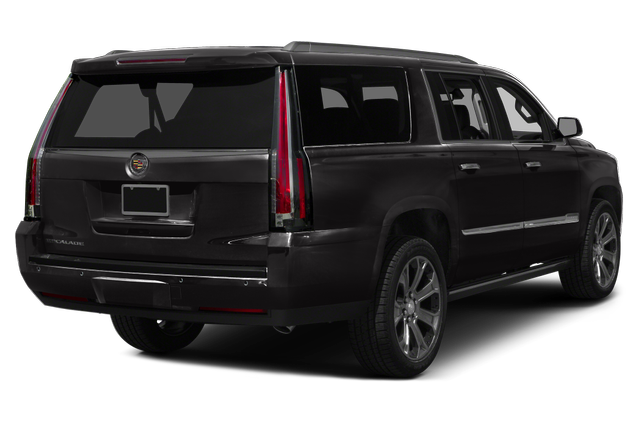 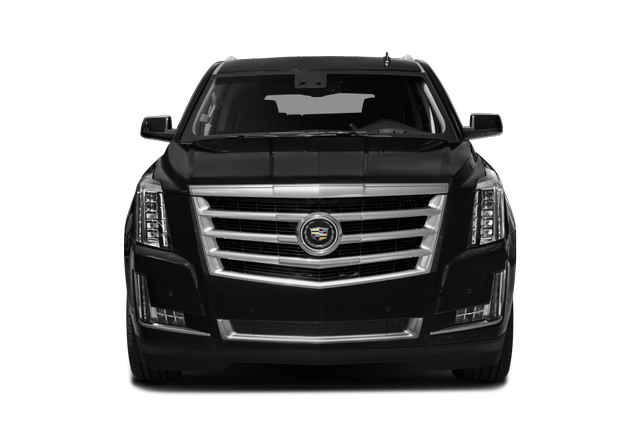 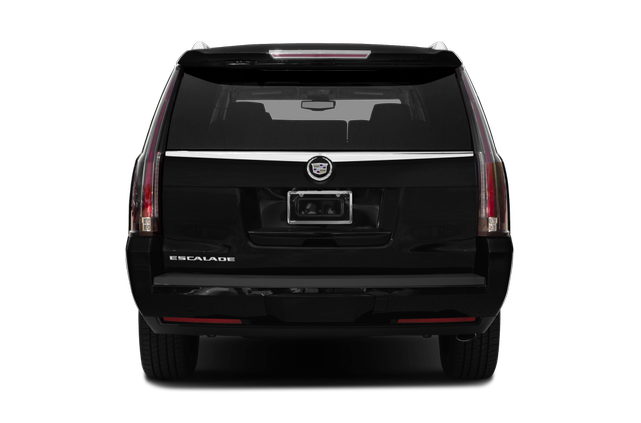 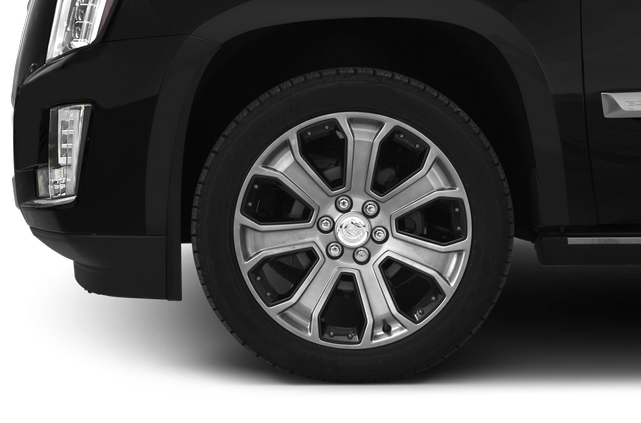 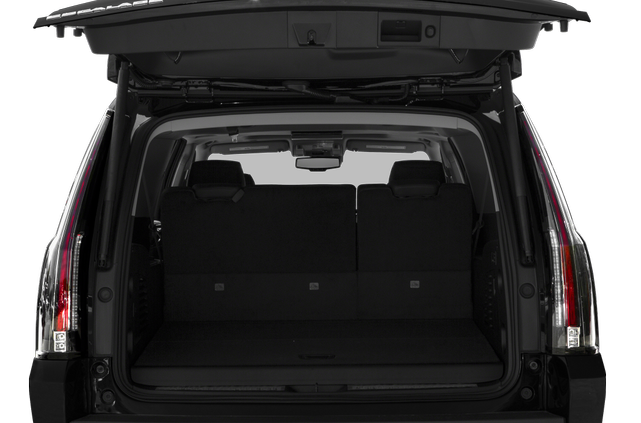 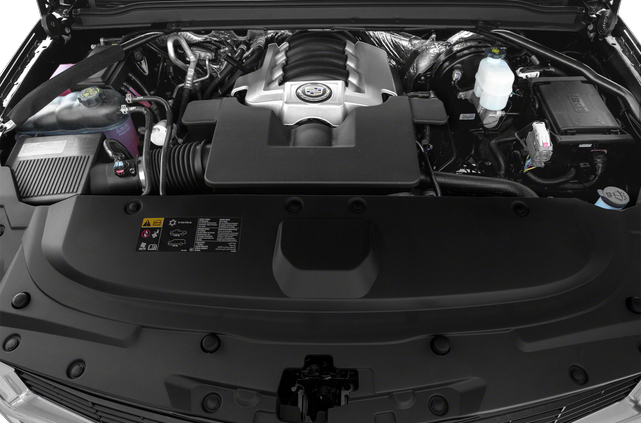 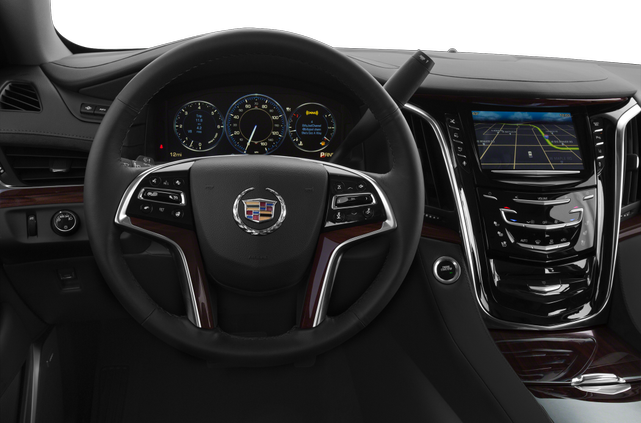 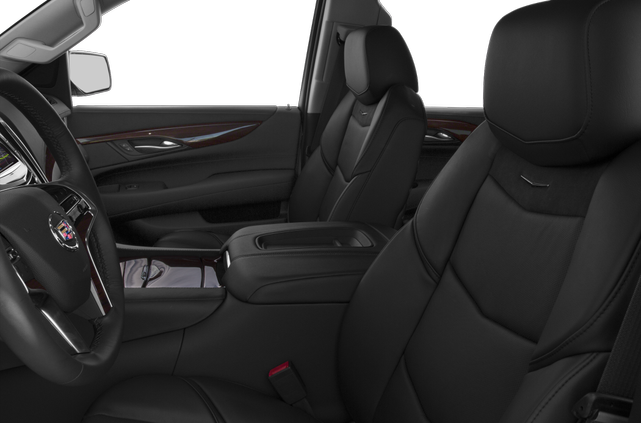 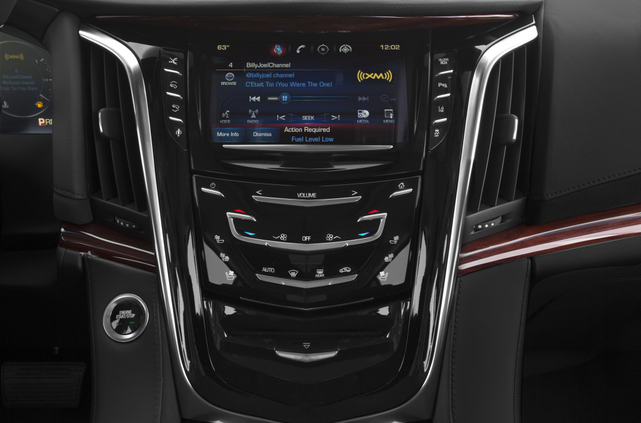 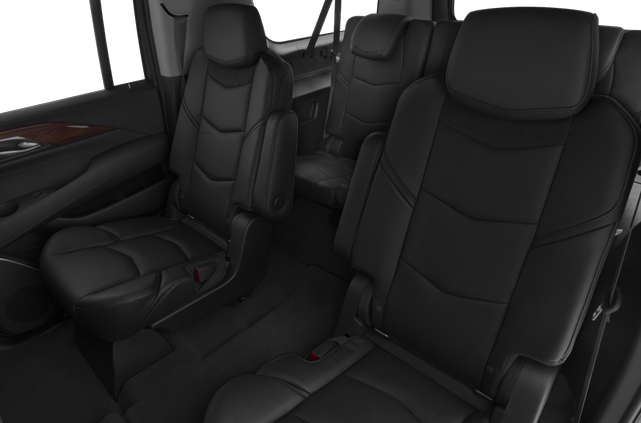 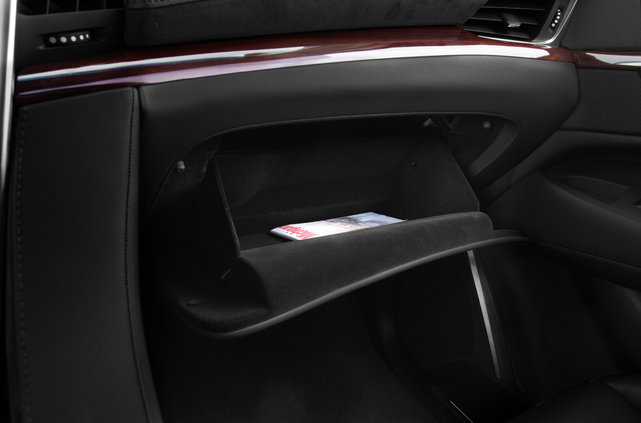 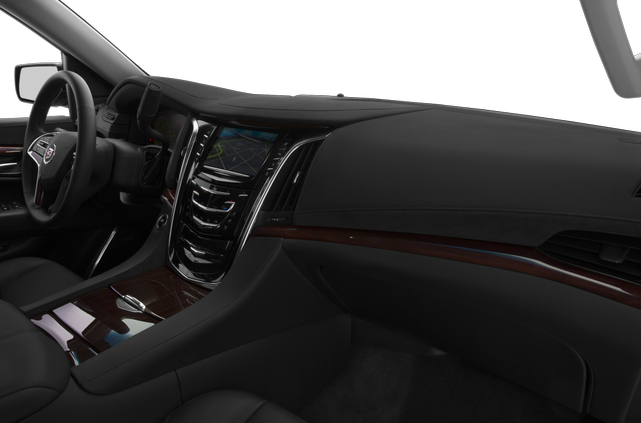 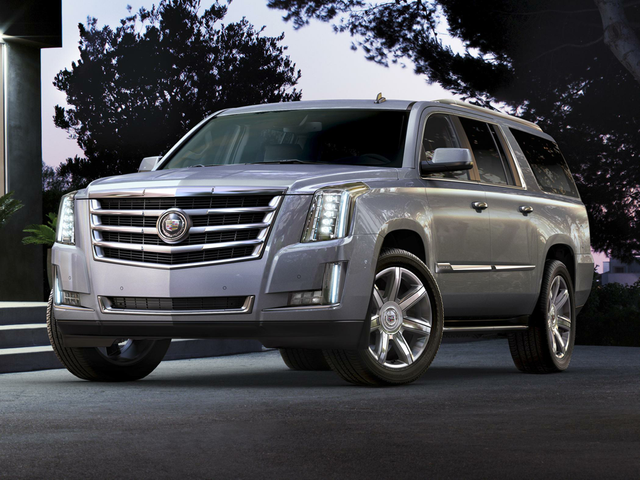 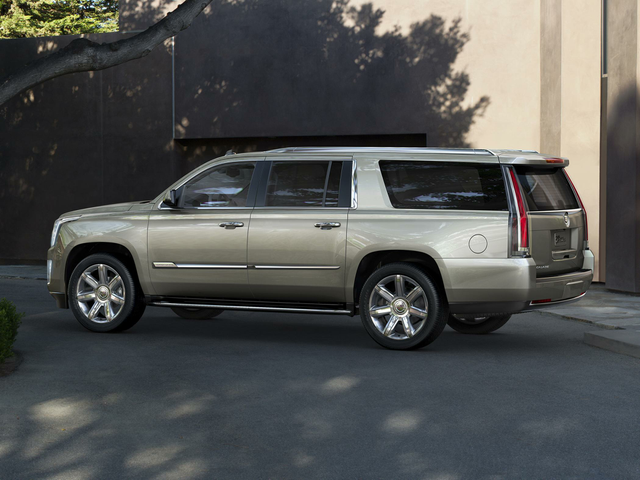 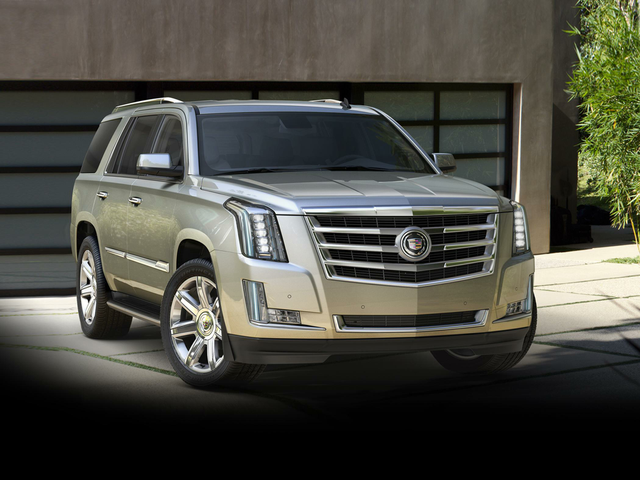 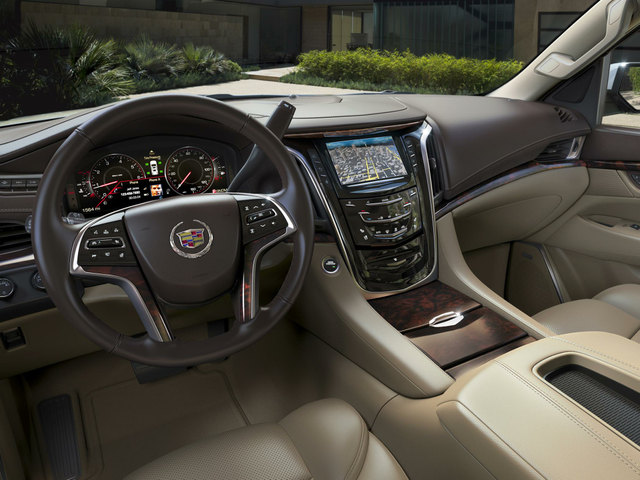 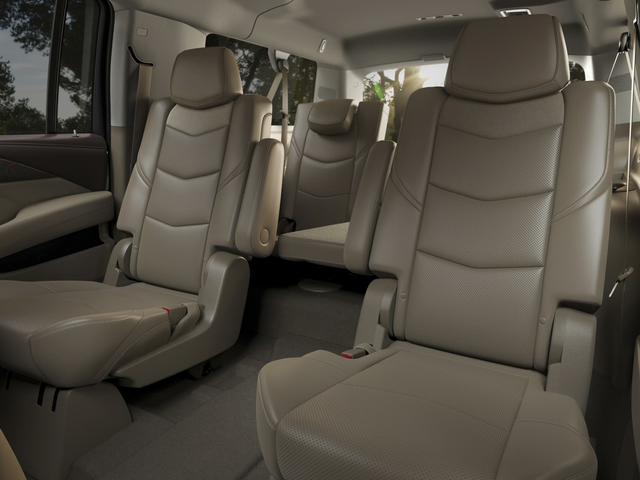