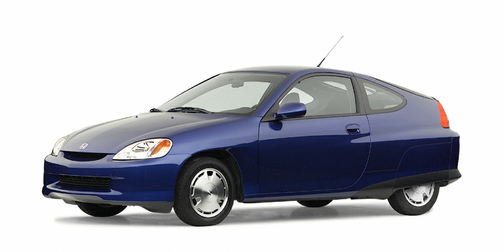 Our 2002 Honda Insight trim comparison will help you decide.

Many drivers are selfish.

Perched in their gas-sucking Sport Utility Vehicles, lording over the little folk, they commandeer the automotive equivalent of an armored personnel carrier to go to the supermarket or local drug store — gallons of gas to go three blocks.

Most drivers rarely use their turn signals, especially when turning in front of other drivers. Selfish? Sure. No wonder most drivers want airbags.

And then there are the smokers who toss cigarette butts out the window, usually landing on other cars.

So, it wouldn’t surprise me that most drivers wouldn’t want to drive a Honda Insight, the gasoline-electric hybrid that is among the most fuel-efficient cars for sale in the United States.

This is contrasted with most SUVs, which struggle to get more than 12 mpg in the city and 15 mpg on the highway. These are numbers only an OPEC oil minister can love.

Honda supplied a brand new Insight with the new CVT transmission for testing.

The Insight’s Integrated Motor Assist (IMA) system works a bit differently than the system that powers the competing Toyota Prius.

Both systems shut down at traffic stops to conserve fuel, although the Insight didn’t do this during cold weather.

The car, with styling that resembles the late CRX sports coupe, has aluminum body panels and a wind-cheating shape. The back is tapered, with a large glass hatch over the rear cargo area.

In the name of fuel economy, the interior, designed to save weight, has space for two adults and a few items. The less a vehicle weighs, the smaller the motor has to be and the less fuel needed to move it.

The seats are very low with a good shape, but more thigh support would be appreciated. The interior trim is notable for what it lacks. Little things one would expect in a Japanese car, such as map pockets or a large storage bin, are absent. There is no light in the cargo area. There is no cruise control. The AM/FM/cassette audio system sounds more like a transistor radio than a real audio system. There is little insulation, resulting in a noisy cabin. But remember the fuel economy.

Actually, it’s hard to forget. A fuel economy meter resides just under the digital readout for speed. To the left of the speedometer is a digital tachometer and temperature gauge, and to the right fuel, battery and electric motor readouts.

While the Insight delivered decent mileage, it was far from what one would expect. Overall, test mileage was just 43 mpg, although one highway stint did return 50 mpg. This isn’t a whole lot better than a Civic hatchback with a manual transmission.

The ride is harsh and noisy, with the stiff low-rolling- resistance tires pounding through every imperfection of Pennsylvania’s pothole-marked roads.

Power is linear in normal mode, which uses the electric motor and keeps the revs low on the engine. Hit the “S” mode, and the electric motor allows the gas motor do more work. Power from the 67- horsepower engine is certainly adequate for the Insight’s 1,878 pounds.

Braking is strong, courtesy o the Insight’s front disc/rear drum brakes. Anti-lock is standard. Steering is quick and somewhat weighty. Like all small cars, this one is light on its feet and very easy to zip into small parking lots or cut off mammoth SUVs. But that would be selfish.

Storage space is minimal. There is little room in the glovebox, despite a door-wedge-sized owner’s manual. There is a small center console with two cupholders. A tiny open bin is located behind the hand-operated parking brake. A cargo shelf will hold some items and comes with a net to hold it down. A hidden cargo compartment is big enough for a weekend bag or a couple of large shopping bags. That’s it.

Some amenities are included, but to most pampered SUV drivers, it won’t be that big a deal: power windows and mirrors, dual airbags, theft immobilizer and automatic climate control.

Of course, riding in this car is an experience. The whine of the electric motor contrasts with the 3-cylinder engine, with the tinny radio helping to mask it somewhat.

The car itself is eight inches shorter than a Volkswagen Golf or Toyota Echo. That gives the driver or passenger a distinct feeling of vulnerability from all those fuel-gulping SUVs.

But the driver of the Insight can fill up on regular unleaded for about $7, fit the vehicle easily in a parking garage space and be secure in the knowledge that OPEC will not get rich from your money.

Isn’t it nice not being selfish?

Most economical car i have ever owned.

50 mpg is a pretty good selling feature. With a battery charger and Honda maintenance manual is worth 2600 dollars and a spare tire and Honda tool kit.

April 14, 2011
By iNSightFul from Bellville, OH
Owns this car

My 2002 Insight is everything I wanted. Comfortable, economical, gets lots of looks from the pretty girls! What more could you ask for? With 2 seats and a 3 cylinders it has all of the utility of a sports car and none of the performance! :)

All model years for the Honda Insight 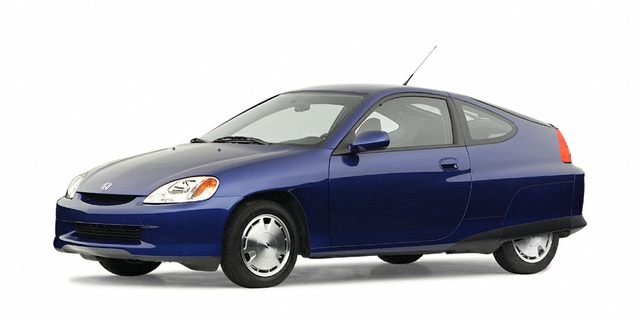 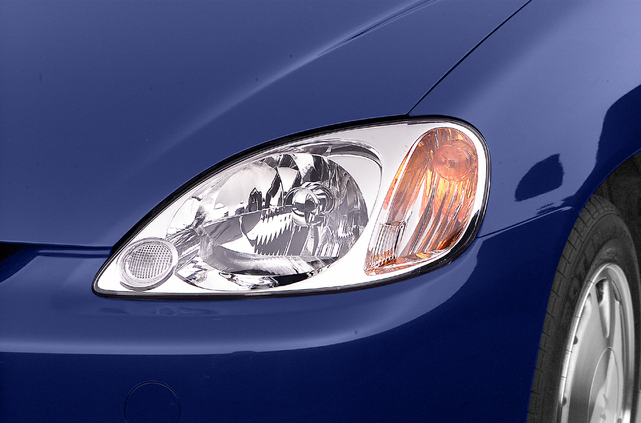 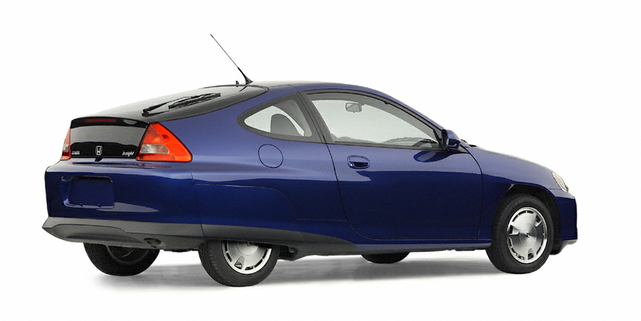 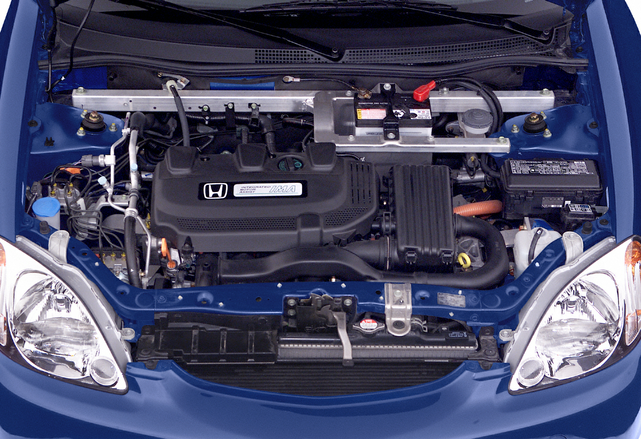 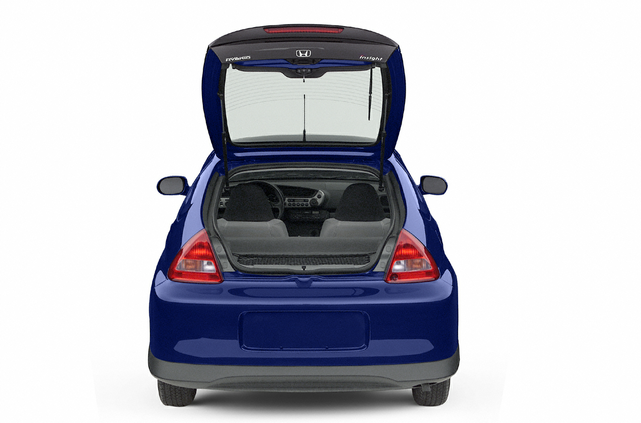 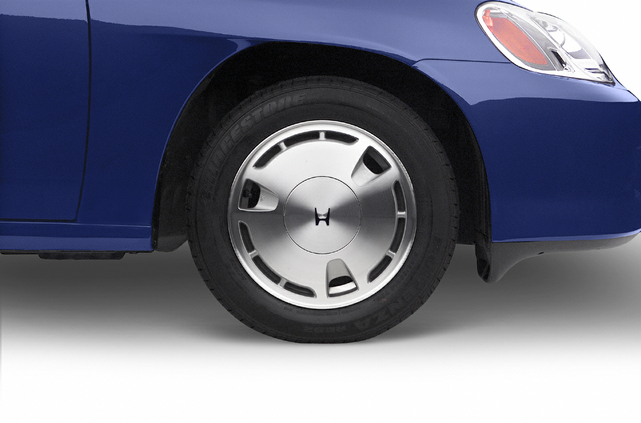 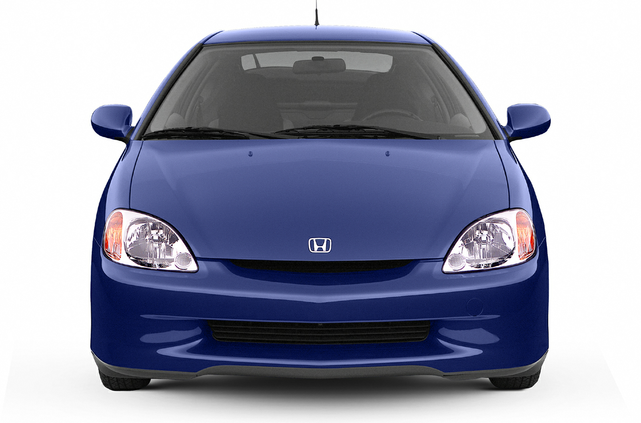 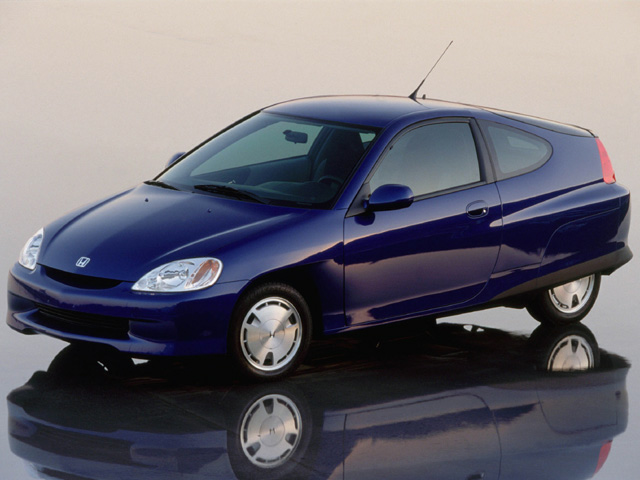 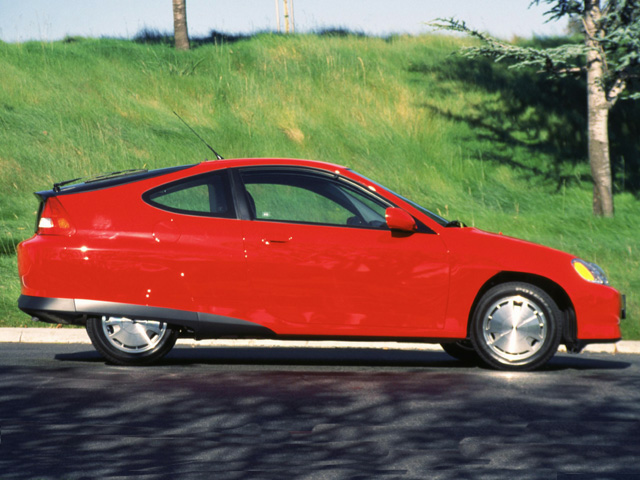 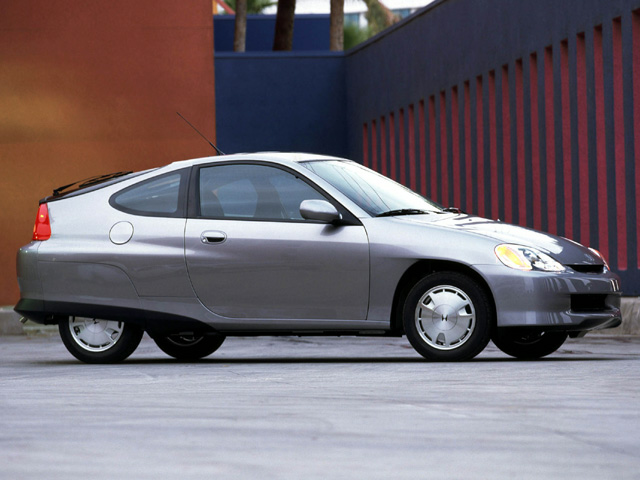 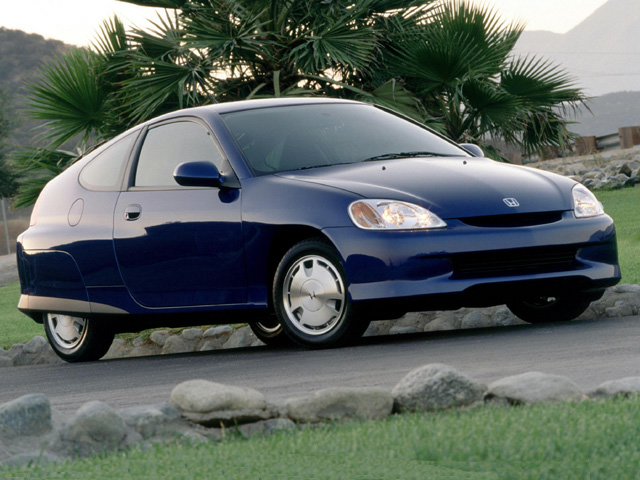 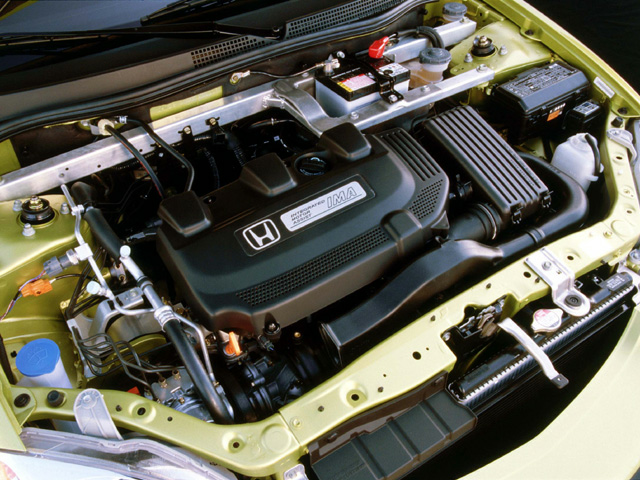 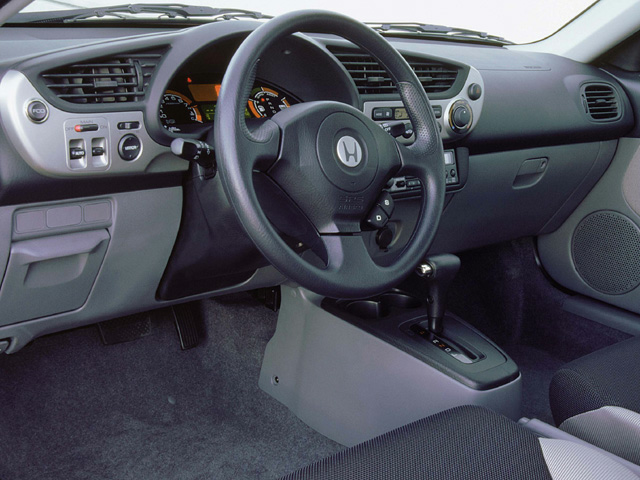 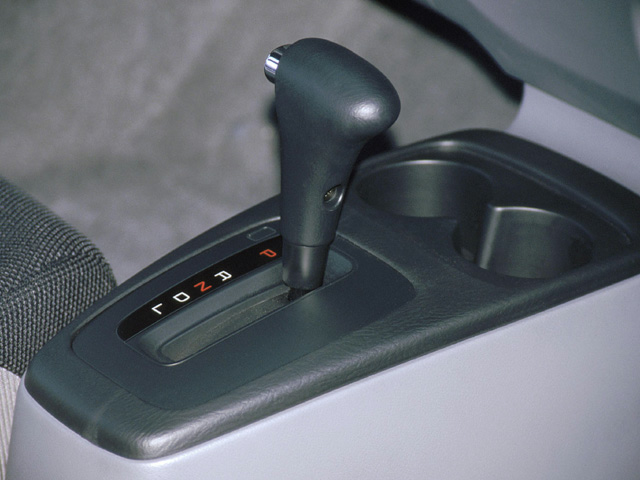 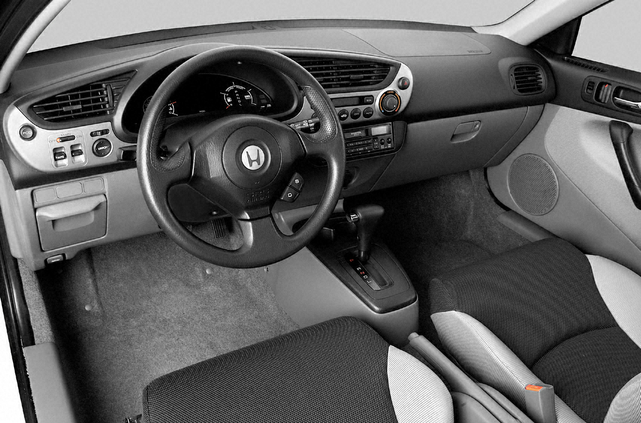 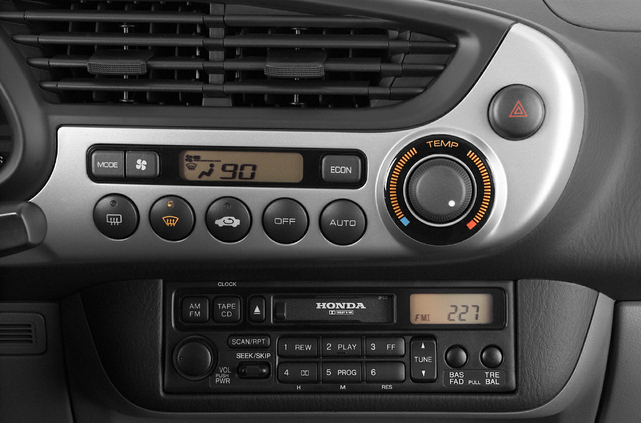 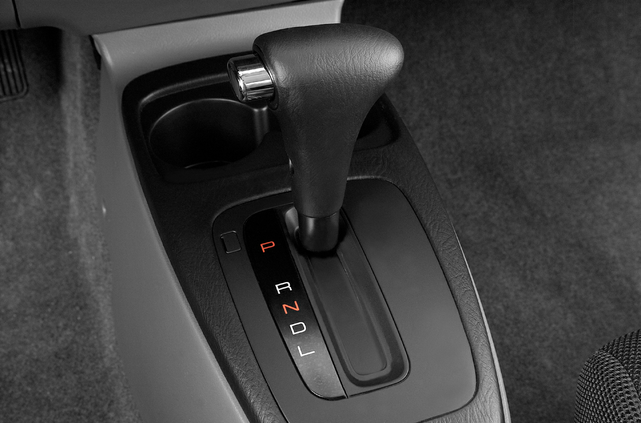 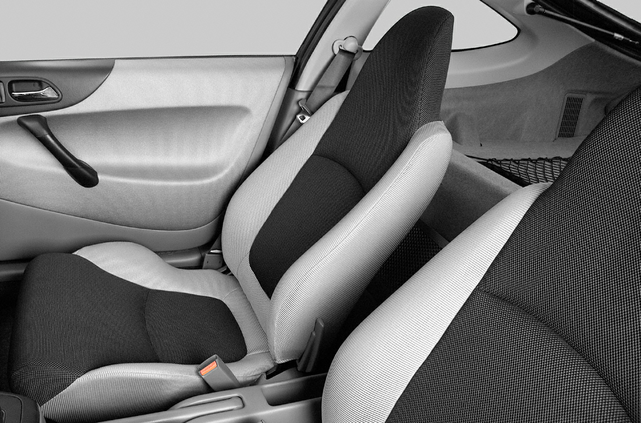