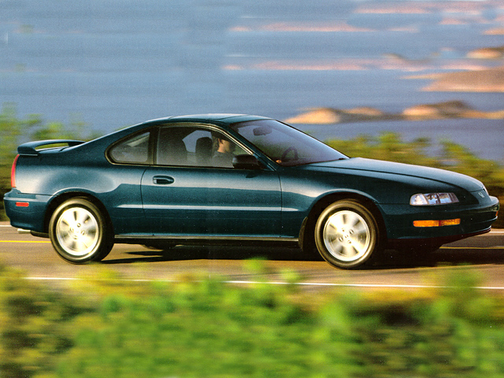 Our 1992 Honda Prelude trim comparison will help you decide.

The 1992 Prelude is one of those two-in-one machines.

It`s tantalizing and agonizing-tantalizing because of its quickness inmoving from the light and stability when the pavement bends, yet agonizingbecause of its crawl in/stumble out space in the passenger cabin, which willput a few lumps on your head if you can`t reach down and touch your toes-with your nose.

Even motorcyclists will want to wear a helmet while getting into or outof this machine, which seemed to be designed by the sadist who created theground-level and cramped entry/exit space for the Corvette.

If you can slip into or out of this car with ease, you`ve probablymastered the square-peg-into-a-round-hole routine as well.

For 1992, Prelude sports an all-new exterior envelope on its S and Siversions. We`ve lost track, but it seems like Prelude undergoes the stylists` blade roughly every other year. Just about the time you grow to admire thestyling, another remake pops onto the scene. This time it`s aero or rounded,meaning it looks very much like just about every other small Japanese car thathas entered the market or had its sheet metal refined in the last two years.

One nice touch is a rear wing spoiler, which is a $470 option on the Sand Si, but standard on the Si when you buy optional four-wheel steering. The wing is a subtle billboard boasting of performance that others try to achieve with decals.

Performance is the Prelude`s strong suit, at least in the Si we tested.The S is equipped with a 2.2-liter, 135-horsepower 16-valve 4-cylinder, the Sia 2.3-liter, 160-h.p. 16-valve 4. A 5-speed manual is standard, automaticoptional. The engine is lively and the 5-speed slippery smooth to help create the power bursts. At the same time, the mileage rating is an impressive 22miles per gallon city/26 m.p.g. highway. This is a sporty car with an economy thirst.

With the new look came new, smaller dimensions. Wheelbase was shortenedto 100.4 inches from 101, and overall length was reduced to 174.8 inches from 177.6. It was surprising we didn`t experience harsh ride and handling,considering the shrinkage in size.

The shorter length means that the two areas Prelude needed to improveupon-rear-seat room and trunk space-were neglected. The rear seat is adecoration that will seat only kids.

Oddly enough, while length was shorted, width was increased to 69.5inches from 66.7 inches. Width in the saucer-shaped interior was a concession to U.S. hips; length is a consternation to U.S. legs.

On the plus side, the Si we drove came with anti-lock brakes and adriver-side air bag as standard. But you can get a passenger-side air bag onlywhen you opt for four-wheel steering. A performance car, especially a smallone, deserves two bags at all times.

Prelude also needs to devote more attention to the spartan dash/instrument panel. What looks like a light bar runs the length of the panel.You think it would be chock full of gadgets and gizmos and things to read tokeep you informed of the optimum operation of all systems. It isn`t. There`s atachometer, speedometer, gas and coolant gauges, a little clock and a wholelot of empty space.

February 7, 2016
By Nocturno from California
Owns this car

Great performance. Cuts corners like nobody's business. Good Gas mileage, but most importantly the most reliable car I've ever owned. Next vehicle I buy will most likely be the redesigned 2016 Pilot., was looking at Highlander, but Its not a Honda.

May 2, 2014
By Vikki from Summerville Sc
Owns this car

I have a 92 Honda prelude. it has a Japanese f20b motor. i was wondering why i was getting bad gas mileage. I can up $10 and it will give me 8 bars. i can go to the store and back to my house and i will have 4 bars. Is there any specific reason for this to happen

February 23, 2011
By nikola srbin from Chicago
Owns this car

Best car I ever owned. Bought it 10 years old and drove it over 50K miles without any problems and sold it for more than I paid for it! I still regretting selling it! 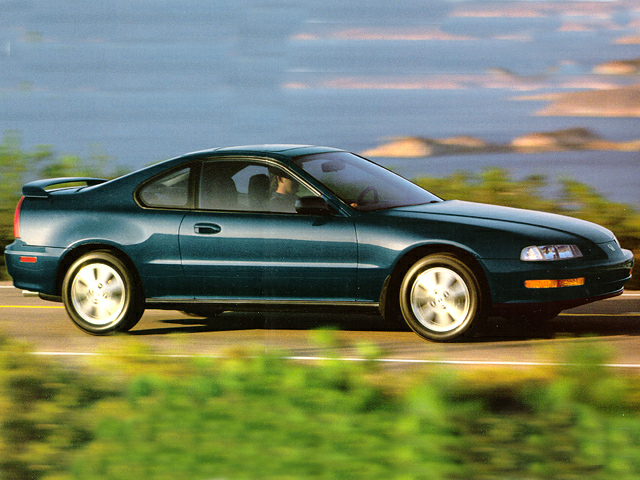