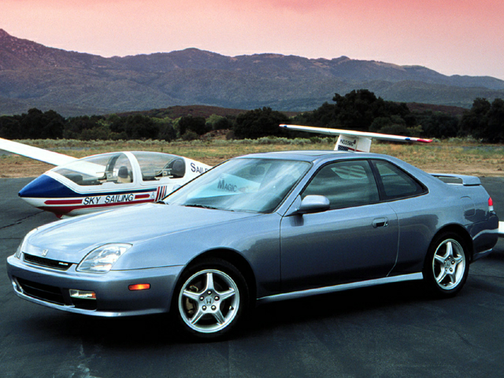 Our 1999 Honda Prelude trim comparison will help you decide.

We have a female friend who worries that since her divorce and 40th birthday, she’s fallen “off the foxy radar.” So she’s spending a good chunk of money on dating services and Botox injections to eliminate wrinkles. We thought about her while we were testing the 1999 Honda Prelude coupe – an effective way to get noticed for $26,454.

Guys will like it, too, because it gets a boost in horsepower this year, allowing it to hit that magic 200 number. In fact, one buyer’s guide likened the sporty Prelude to a mini NSX, Acura’s Ferrari fighter.

Bottom line with the Prelude: Like a race car; less invasive than liposuction.

She: I really do like the Prelude, despite the fact that I would bet no woman got within 10 feet of it during the design and engineering process. No lighted vanity mirrors, laughable “cupholders” that amount to little more than a plastic partition in the center console and height-adjustable seats that give you only a modest boost. Oh – wait a minute – maybe I’m wrong. There is that slimming all-black interior, the only kind you can get on the Prelude.

He: Looks like they got their color inspiration from Henry Ford, huh? And black may make you slimmer, but that wide center console doesn’t help me squeeze my long limbs into the Prelude or find a very comfortable position over long distances. But do you know what? I can’t think of much else to complain about – nothing of substance, anyway.

She: The Prelude is one of the prettiest coupes I’ve seen. The Type SH model we drove comes with a rear spoiler, and I’m impressed that Honda was able to make a spoiler look good, not garish. The silhouette of the car is very striking – nothing overdone, just a minimalist look with very simple lines. But it’s memorable.

He: It’s funny, but I was not a big fan of this current Prelude when it first came out. Since then, the exterior shape and the unusual headlights have kind of grown on me. What made me a real believer, however, was an extended drive in the car last fall during Automobile Magazine’s annual All-Stars testing. I had a chance to sample the Prelude alongside the best vehicles sold in the United States, and I came home from that trip feeling that it was certainly one of the most pleasant driving experiences I had.

She: I was impressed at how easy it was to drive the Prelude and live in it. A lot of coupes feel cramped and compromised. Not the Prelude. The seats are especially terrific – roomy, yet supportive, with really nice upholstery that feels like velour and has a tasteful little pattern. The trunk is surprisingly roomy, but the back seat is for tiny people, not adults.

He: The Prelude takes the whole two-door concept in a different direction from the Accord coupe and the Toyota Solara that we recently tested. The Prelude really is a sporting car with a genuine performance orientation, despite the fact that it comes with only a four-cylinder engine. But what an engine it is! The t win-cam 2.2-liter four is amazingly lusty and willing, and I suspect most enthusiasts won’t mind that Honda chose not to offer an optional V-6.

She: So what’s this Active Torque Transfer System that Honda is bragging about on the Prelude Type SH?

He: It’s really just a fancy name for a fairly simple, but effective way to adjust the power between the front wheels when you’re in a corner, so the steering feels almost neutral. Most front-wheel-drive cars tend to understeer in corners; that is, you have to put a little extra muscle into the steering to keep the nose pointed into the turn. This system makes steering a snap. I also love all the genuine sports-car touches, like the double-wishbone suspension and the four-wheel disc brakes. Funny that Honda never chose to make this a convertible. In terms of entertainment and sheer driving pleasure, it would give the Mazda Miata a serious run for the money.

She: The emotion of driving the Prelude is a mixed bag. You feel lish and terrified. I was uncomfortable that the Prelude doesn’t have side air bags. And it is quite low to the ground compared to other vehicles on the road. If you are intimidated by big sport-utilities, you’re going to feel even more so behind the wheel of the Prelude. It’s the price you pay for that road-hugging race-car feel.

Very comfortable to drive, loved the fabric seats - warm in winter and cool in summer. USB port in stereo allowed me to listen to my iPod while driving

September 13, 2018
By Anthony from Manteca, CA
Owns this car

Runs and drives clean title chech it out. Good car for use in commuting to school or to work. Ideal as a first car. Economical in gas consumption.

I've always loved preludes, but this was my favorite. '99 SH with headers, cold air intake, and 6" exhaust! $5 would last all week and she liked to be driven with purpose! I hear I need to test drive a WRX STI..... 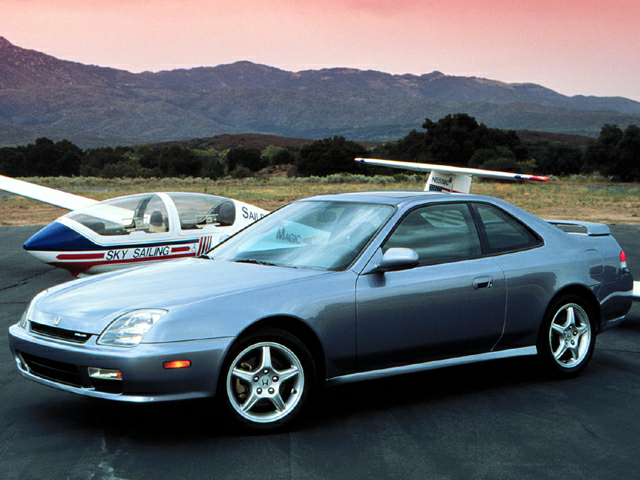 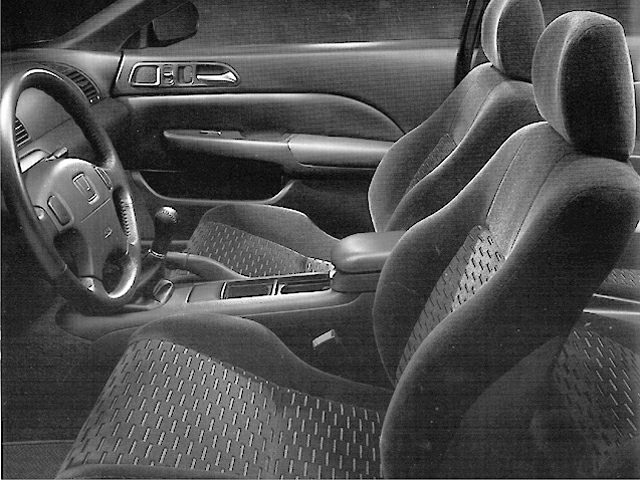