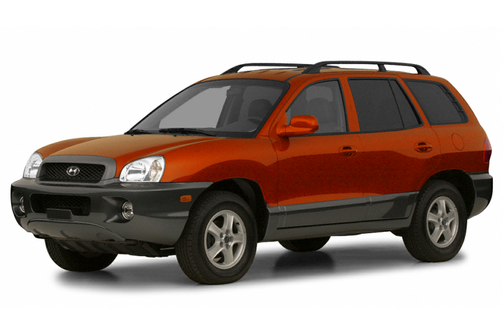 Our 2002 Hyundai Santa Fe trim comparison will help you decide.

Hyundai made its sport-utility vehicle stand out in a crowd. Some would say it’s because the rest of the vehicles in the gathering are shunning it, because of its “funky,” “goofy,” “hog-ugly” exterior, according to comments I’ve read on automotive bulletin boards. I for one like its looks, except in white, which is too stark, especially given the big red taillights.

In my view, it’s better for a small player like Hyundai to polarize the audience than to try to please everyone, which tends to lead to a bland sameness. Besides, the Korean manufacturer has the lure of a knockout price.

Santa Fes come in three series, base, the fancier GLS and the loaded LX. At any level, you can opt for a front-wheel-drive or all-wheel-drive machine. On the base machine, you get a four-cylinder engine, while on the big brothers it’s a V-6.

The very cheapest one – a base FWD machine with four-banger and manual transmission – bears a recommended price of $17,694, freight included, and Edmunds.com says they’re even going for less than that. More on that later.

If you want a pokey station wagon that looks like an SUV, the low-end machine might be OK, but I doubt it. At 3,500 pounds in sparest form, it’s a heavy load for 149 hp and 156 foot-pounds of torque to boss around.

I was given a more suitable, mid-range specimen to test – a GLS with automatic transmission, V-6, and all-wheel drive. Nearly $4,000 more than the entry-level vehicle, it was still a lot of machine for the money. Unfortunately, it, too, is a bit underqualified under the hood, even for a mostly-on-road machine.

When I was buzzing around the countryside, I used the spurs a bit on the old nag, keeping the tach above 5,000, and got more reasonable response (I don’t have to worry about longevity.) Such shenanigans are a bit out of character for an SUV, but it handled well enough that I wanted to push it a bit.

The Santa Fe has 225/70/16 tires, which provide a pretty good contact patch. Steering was fairly light, as well as fairly slow, and didn’t give a great deal of feedback, but I soon learned the mount’s limits and drove with considerable assurance. All series share the same tires, mounted on alloy wheels, which is a surprise.

The transmission was a four-speed, with ratios fairly widely placed. (Top is a 0.73 overdrive reduction ratio). With an engine as peaky as this one, that results in falling off the torque curve with every shift, unless you’re jamming the throttle hard and running out to redline, OR using the shift-it-yourself option.

Hyundai calls this Shiftronic, and it closely resembles the ubiquitous Tiptronic developed by Porsche. Shove the console-m ounted shift lever to the right from the Drive position, and you can upshift by tipping the lever forward, downshift by yanking it back. Hyundai’s was up there with the best of them, and provided a degree of control a hard-charging driver will appreciate.

The EPA ratings on this version of Santa Fe are 19 mpg city, 23 highway. Thanks to my predilection for staying atop the power curve, I logged 18.1 in mostly country driving. Faithful to Hyundai’s sharp-pricing mission, it’s content with 87-octane gas.

With the big engine and automatic, plus the AWD gear, Santa Fe weighs in at 3,752 pounds – two tons with me on board. This, plus frictional losses in the drivetrain, explain the thirst, which still isn’t too bad in the SUV ranks.

The Santa Fe is derived from the same platform as the midsize Sonata sedan, and its ride is very carlike. That is, it’s smooth over good surfaces and feels as if it’s running out of compliance when the going gets rough.

It’s quiet at speed, even when the engine is working hard. On the freeway, wind and a bit of tire noise do not raise the noise threshold beyond what I call moderate.

The all-wheel-drive setup on the Santa Fe is interesting. It uses a tricky double differential inside the transaxle housing to apportion power left and right as well as front-to-rear.

Under steady-state conditions, it gives the front wheels 60 percent of the available torque, which exactly matches the proportion of vehicle weight on the front wheels. The net effect is a machine that feels highly maneuverable and easy to master.

Power is transmitted to the rear via two different paths, a helical gear or a viscous coupling. The helical gear does the work most of the time, but when the road gets slippery, the viscous coupling is called into action. (The vehicle knows the road is slippery when the wheel sensors detect one or two going faster than the others.)

The viscous coupling can cause as much as 100 percent of the power to be sent fore or aft.

No driver intervention is needed or even possible. Trying the AWD down at the gravel pit, I found it very efficient and fast-acting on loose sand, the best simulation of snow I could manage in 90-degree temps.

It’s quite the marvel of engineering, especially for this part of the market. Hyundai attempts to allay fears of its solidity by offering a 10-year, 100,000-mile powertrain warranty. I’d hate to be the poor devil who eventually has to work on it.

There is no low range, which hardly matters in day-to-day usage, but could be a factor if you’re following a trail that turns very nasty.

The Federals have not yet released crash data on the Santa Fe (they say they plan to), but the Insurance Institute for Highway Safety (IIHS) has. IIHS is pretty stingy with its nomenclature. The Santa Fe got their best, which they call Good, when it was smashed into a movable frontal barrier at 40 mph. It trailed the best-in-class Honda CR-V and Subaru Forester by a narrow margin, losing points for the merely “acceptable” ratings it earned in head/neck and right leg/foot protection. Like many others in its class, the SF got a rating of Poor for its bumpers. IIHS has a protocol which involves four 5-mph collisions with fixed barriers, similar to kissing a pole in a garage. On the four combined, the Santa Fe suffered $5,616 worth of damage, for an average of $1,404 per kiss. The best-in-class Subaru Forester suffered an average damage of $355, which would still be an incentive to use the rearview mirrors.

Consumer Reports predicts slightly-below-average reliability, based on comments from its readers.

The brakes are now discs, front and rear, on all series. They provided a good pedal feel. Antilock is available as an option on base and GLS series, standard on LX. Lacking it, the tester was nonetheless easy to manage in simulated panic stops from 70 mph.

The air conditioner was surprisi ngly potent, considering it has a 130-cubic-foot interior to chill.

With the rear seats up, there’s 29 cubic feet for cargo – about two trunks’ worth. With the seats lowered, that figure zooms to 78.

Hyundai says this machine can tow up to 2,200 pounds of trailer, if it’s equipped with brakes, 1,200 without.

Suggested retail price of the tester, with freight and $80 worth of floor mats, was $21,674. Payments on the vehicle tested would be $439, if you paid list. (Payment is based on 20 percent down, 10 percent interest and 48 installments). Edmunds.com reports they’re currently going for about a grand under sticker. Must be the styling – it’s a compelling choice, I think.

I've beaten the crap out of this little toy suv

And to be honest I can not think of another more reliable vehicle I've ever owned I payed 300 for this suv and I didnt do it for the looks I hated this thing .........then I had to pull a full size dodge 4x4 out of a muddy pit A FULL SIZED 4X4 this all wheel drive will shock the %@%@out of you and it tows anything,bottom line I would highly recommend this vehicle

September 28, 2019
By Baliandon from Louisville, KY.
Owns this car

When I bought this used little SUV I was looking for another Toyota Highlander. The comparable Toyotas were just flat out too much money. The Highlander I previously owned needed bunch of sense or replaced, some mechanical repairs over a 2yr ownership. The Hyundai was much less money, and after replacing Struts, CV axles, valve cover gasket, a leaky transmission cooler, and a Electronic Coolant temperature sensor the cost was still less than the Toyota. But, I had new parts on a 10k SUV. After 15k miles the Hyundai is a much more enjoyable traveler. No complaints and everything works.

I was coming home from work in mine...and with no warning...my Sante Fe quit..had to pull it home...it still won't crank..the key won't crank it. 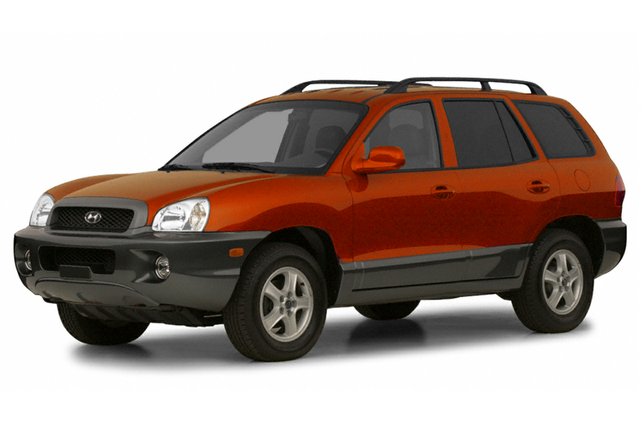 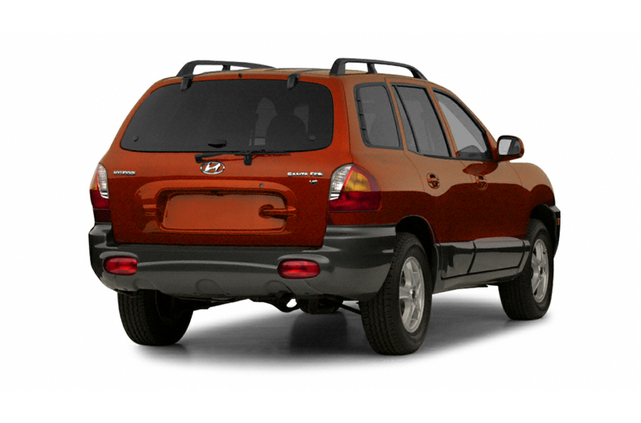 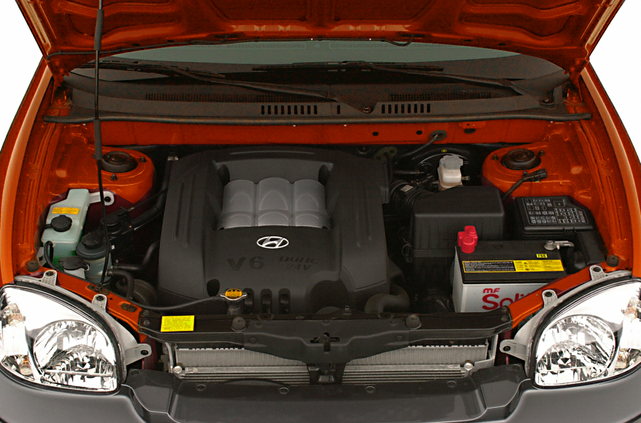 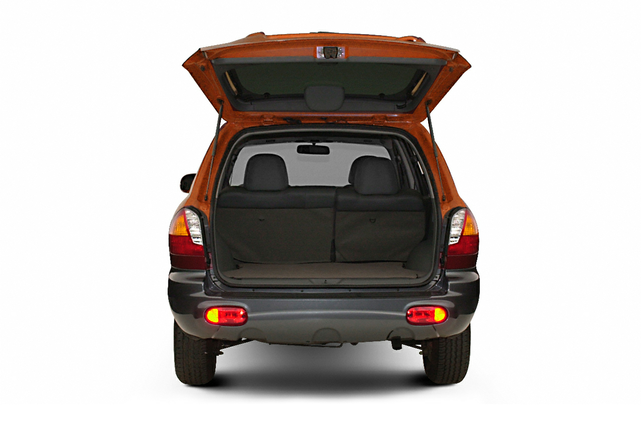 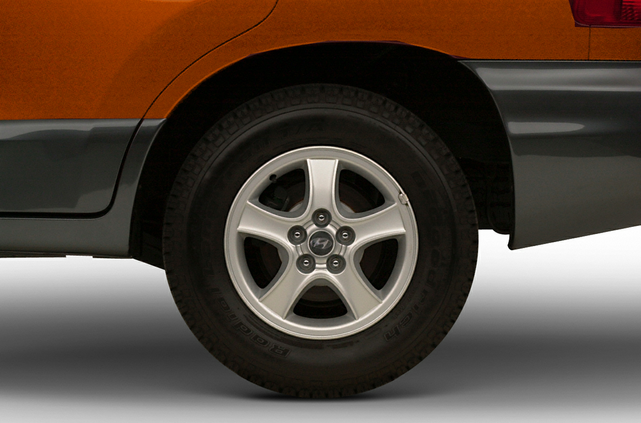 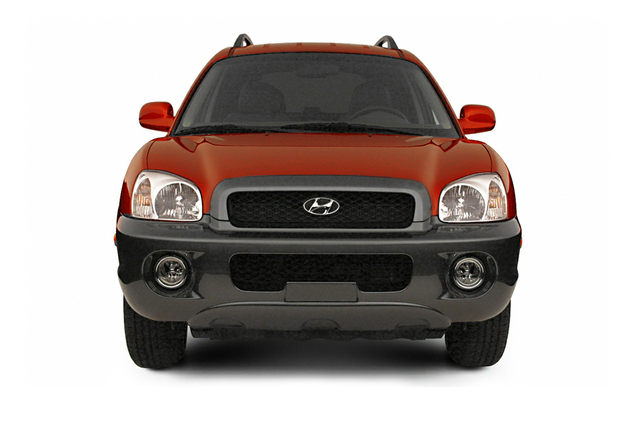 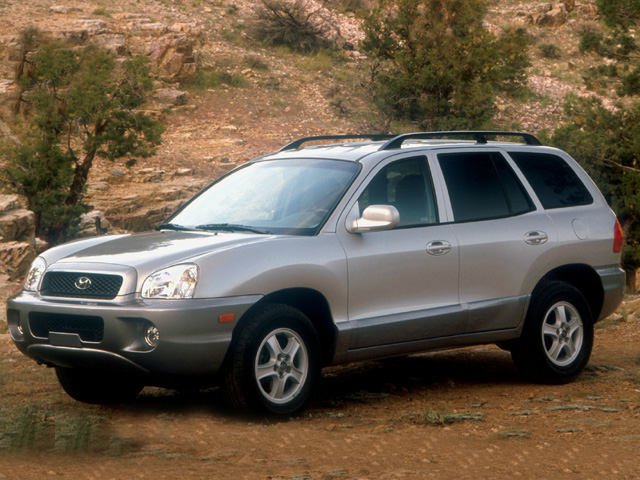 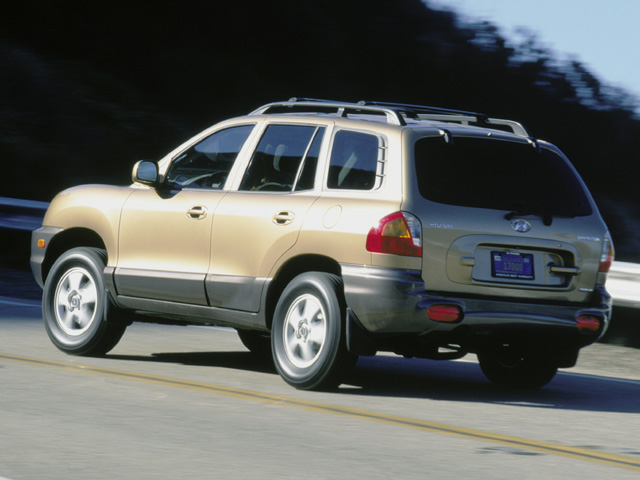 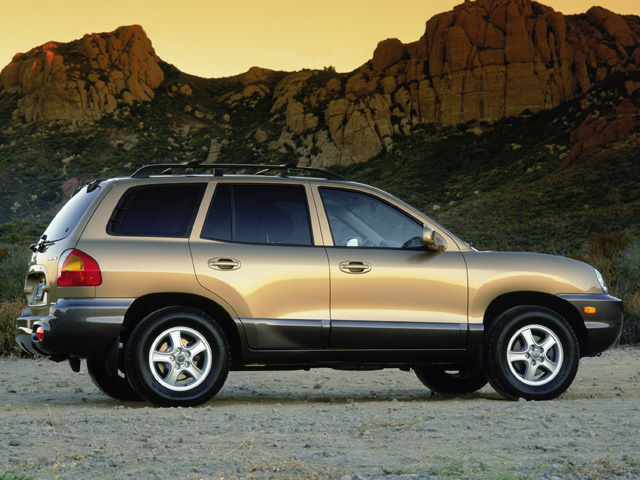 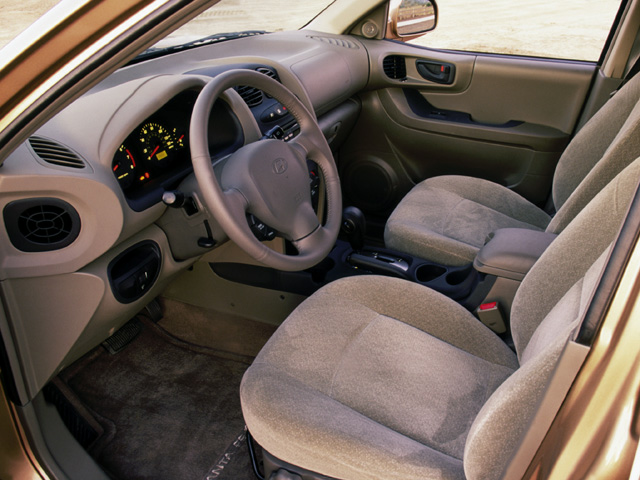 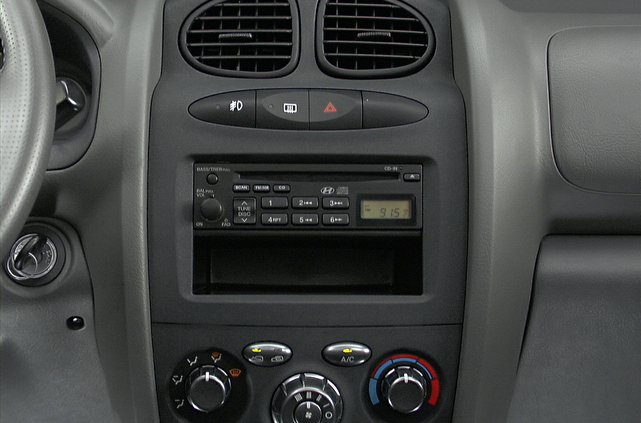 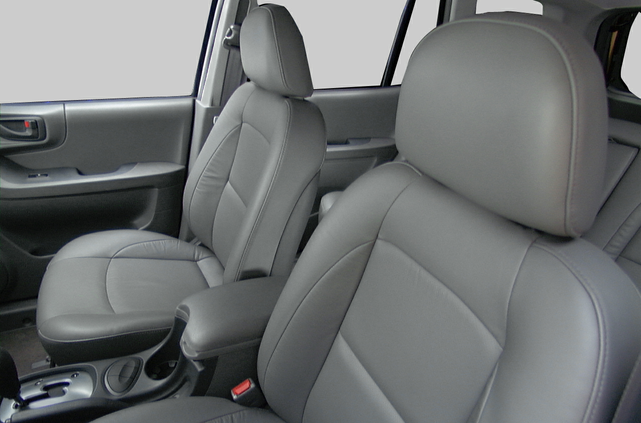 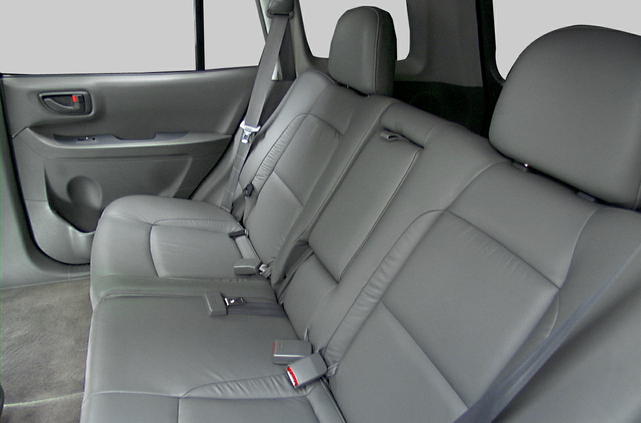