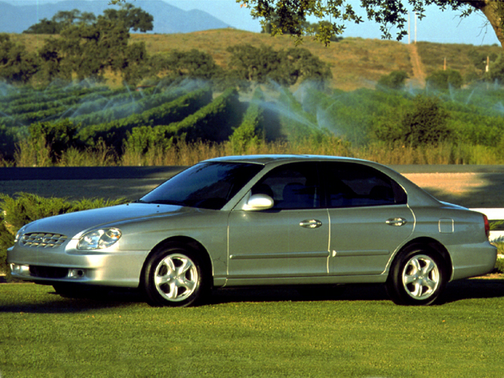 Our 1999 Hyundai Sonata trim comparison will help you decide.

If you know anything about the recent history of Korea, it should come as no surprise that Hyundai is rising fast in the auto industry.

After the Korean War ended in 1953, South Korea was little more than a heap of smoking ashes. But the Koreans are hard workers. And they’ve proved to be a quick study.

By the 1980s, the country was an economic powerhouse. The Korean auto industry started having global aspirations about that time. But the first Hyundais that landed on these shores in 1986 were truly awful. They leaked. They smoked. They rusted. They fell apart. And Hyundai almost packed it in here.

While the communist North Koreans can’t even build a bicycle, the South Koreans — led by the country’s largest conglomerate, Hyundai — are now proving to be major players in the global car business. Hyundai — which recently bought Kia — and its major competitor, Daewoo, are selling plenty of vehicles all over the world.

In the 1999 model year, Hyundai has posted some of the strongest sales gains of any import brand. Through August, Hyundai sold 106,736 cars, up from 64,079 in the same time last year — a 66 percent increase. This is no fluke. For all practical purposes today’s Hyundais are about as good as most second-tier Japanese cars, such as Mitsubishis and Mazdas. Performance, handling

The Sonata GLS is the top-of-the-line model, and it sports a 2.5-liter V-6 engine designed and built by Hyundai. This aluminum motor is right on the cutting edge of technology, offering double overhead cams, 24 valves and an ignition system that does away with the distributor. Horsepower is rated at a respectable 170.

Our test car sported a four-speed automatic transmission with a computer chip that automatically times the shifts according to the driver. For instance, if you have a heavy foot, the gear changes will be slightly delayed to improve acceleration. If you prefer to shift yourself, the Sonata GLS can be bought with a five-speed manual transmission.

I logged about 400 miles in a week of mostly city driving. The Sonata performed well, but there were a few aspects of the car’s performance that showed Hyundai engineers still have work to do if Hyundai is to move up another rung on the quality ladder.

When you floor the accelerator, the engine growls somewhat harshly. Many times when I came to a stop, the engine surged slightly. I wouldn’t call this lack of refinement serious, but it keeps the Sonata from challenging the Toyota Camry and Honda Accord.

That said, the Sonata offered pleasing performance. The car has strong low-speed acceleration, good midrange passing power, and it cruises easily on the highway. The transmission offers smooth shifts, though it does sometimes hunt for the right gear when yo u step on the gas for a fast pass.

Hyundai engineers designed a double-wishbone type, four-wheel independent suspension system for the Sonata when they redesigned it last year. The car has a competent, though not sporty, feel. The ride is fairly soft but not wallowy, and the suspension stays quiet over bumps. Power-assisted rack and pinion steering is standard. So are power-assisted front disc, rear drum brakes.

Overall, the Sonata GLS feels like a car that costs more than its $20,000 sticker price. Fit and finish

I remember the days when Hyundai’s cars felt chintzy. If it wasn’t the tinny sound of the doors closing or the loose, sloppy switches, then it was squeaks and rattles.

All that is fixed in the Sonata. By the way, we tested a 1999 model, but the 2000s are virtually identical.

I looked hard to see if Hyundai cut any corners, used any cheap materials or assemble d the car poorly. I could find nothing amiss. The dash is thickly padded, and it looks nice.

Hyundai used some funky faux wood trim in the center where the air conditioning and radio is located and on the door panels. It gave the interior a classy look.

Hyundai didn’t skimp on safety, either. The Sonata comes standard with side-impact air bags and a device that automatically shuts off the passenger-side air bag if there is a child weighing less than 66 pounds in the seat or if the seat is empty.

It would have been nice to have anti-lock brakes and remote-controlled power door locks. But I don’t know of any other midsize sedan that offers the same amount of equipment for the Sonata’s price.

The seats were particularly well-made. I was impressed with their firmness and the tilting headrests. You don’t even see this feature on many $30,000 luxury cars, such as the Lincoln LS.

The rear seats split and fold forward, exposing a passage to the trunk. There was decent room in the back for three adults.

The Sonata’s styling looks vaguely reminiscent of some of the new Chrysler products, such as the last version of the LHS and New Yorker. Visibility is good front and rear. The trunk isn’t deep, but it’s wide enough to handle most normal things, such as golf bags, suitcases and boxes.

Sonata is leading Hyundai’s sales boom, with an increase of about 50 percent over last year. Hyundai covers the Sonata with an impressive warranty: five years or 60,000-miles bumper-to-bumper and 10 years or 100,000-miles for the engine and transmission. It also comes with roadside assistance for five years.

I've owned this car for 18 years; I am the original owner. I am very mechanically inclined and do extensive auto work. My girlfriend bought a 2000 Honda Civic at about the same time as I bought this car and I've maintained both for 18 years. We both paid 17K but the difference in what you get for the money is unreal. I got a 6 cylinder she got a 4. I got an automatic hers was standard. I got alloy wheels she got steel with plastic hubcaps. I got a sunroof the she did not. I got a midsized car she got a compact and the comfort and ride quality is far superior to the Honda. Now, for the important stuff. In 18 years the only somewhat expensive thing that went on the Hyundai was an alternator but her radiator went on the Honda so that evens out. Other than that both cars had a few sensors go bad. So take it from someone first hand. The Hyundai was just as good and reliable a car as the Honda. But for 18 years I was comfortable whereas the Honda was a tin can that I hated to drive.

Cheap for a reason

February 26, 2008
By fed up from Virginia Beach, Virginia
Owns this car

So the reason why they can sell these cars so inexpensively is because they are made terribly. Since owning my car several, dare I say, stupid things have broken on it ie: my turning signal lever...it dangled for a couple days until I got it fixed; the motor for my driver's side "power" windows...kiss drive thrus good bye. And besides the little things, big things break too without any forewarning. My entire radiator broke so that I couldn't drive the car at all, without so much of a hint that it was about to happen. When I drive this car I feel like I'm driving around in a matchbox car, and I feel COMPLETELY unsafe. It always feels like it's about to fall apart. Please save yourself the headache and avoid this car!!! 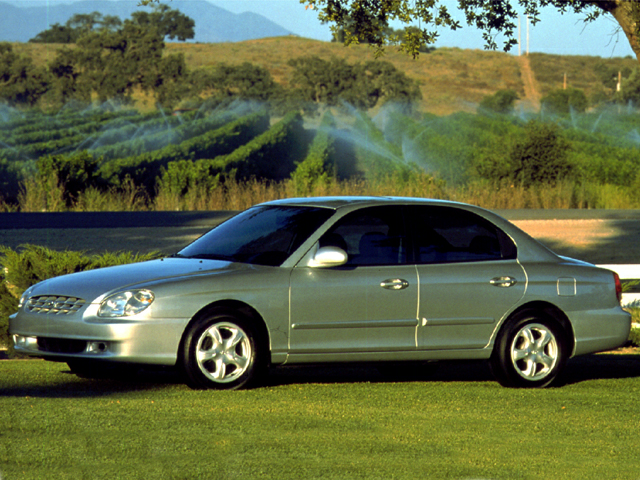