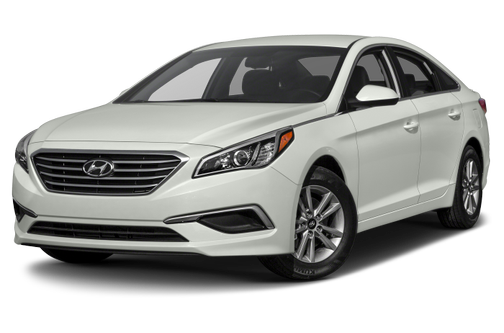 Our 2017 Hyundai Sonata trim comparison will help you decide.

The verdict: The car that won our 2015 Midsize Sedan Challenge has been surpassed by newer, nicer, quicker offerings.

Versus the competition: In the highly competitive midsize segment, the Hyundai now falls midpack. It offers some strengths versus the Honda Accord and Nissan Altima, like a better multimedia system and more standard features, but falls short of rivals like the Volkswagen Passat in quality feel and interior space. Its utterly invisible styling makes it less appealing than the Chevrolet Malibu or even an Accord Sport.

Editor’s note: This review was written in June 2016 for the 2016 Hyundai Sonata. Nothing of note has changed for 2017, but to see what has changed, click here. For a side-by-side comparison of the two model years, click here.

We really liked the previous-generation Hyundai Sonata. The swoopy-styled, comfortable, feature-packed family sedan finally put Hyundai on the map; it was a competitive, appealing midsize car. But while a redesign for 2015 brought dramatically improved ride quality, powertrain refinement and a much quieter cabin, the unique style and pizzazz of the old Sonata was lost.

For 2016, a few updates to the Sonata — such as the addition of Apple CarPlay and Android Auto — have brought it to our attention again (compare the 2015 and 2016 models here). A half-dozen updated midsize competitors for 2016 and 2017, however, have us looking at Hyundai’s midsize sedan in a new competitive environment. Given the field has changed, can our old champion still play ball – and win?

To look upon the new Sonata is to experience blandness incarnate. I defy anyone to park one in a lot full of Subaru Legacies and easily pick it out. Nose to tail, the angularity of the Sonata is clean, certainly, but it’s also utterly invisible.

Why Hyundai chose to eliminate one of the big differentiators that drew customers in to its showrooms seeking a Sonata is a matter of debate. Hyundai says it wanted to project a more mature, grown-up image with the new car.

This Sonata is indeed more mature, but without stellar styling it has to win without question in other areas – such as driving experience, reliability, comfort, equipment, price and more. One can overlook a lot in an ownership experience if a car inspires passion. Take away the passion, and it gets judged as an appliance instead. Updated competitors like the Honda Accord Sport, Mazda6 and the totally redesigned Chevrolet Malibu all offer interesting styling along with their performance, while the Sonata has simply decided not to play in that sandbox.

In its lower trim levels, the Sonata is just plain slow, with a disappointing lack of enthusiasm in acceleration during around-town driving and out on the highway. There’s no sprightly urgency or immediacy with the base powertrain, a 2.4-liter four-cylinder engine that makes a competitive 185 horsepower. It’s mated to a six-speed automatic transmission that drives the front wheels.

The optional 245-hp, turbocharged 2.0-liter four-cylinder is another story, as is the smaller, 178-hp, turbocharged 1.6-liter engine in the Sonata Eco, which has a seven-speed, dual-clutch automatic transmission. Either of those drivetrains makes the Sonata much easier and more entertaining to drive, thanks to turbocharged torque curves that provide more usable oomph at lower engine speeds. Even in the Sonata Sport, there isn’t any sportiness to be found in that base powertrain.

The Sonata’s ride and handling attempt to redress this grievance with newfound sophistication and poise. The Sonata’s ride is one of the best in the class, providing a smooth, well-damped experience to put passengers at ease. Steering is nicely weighted, with good feel and feedback. Hyundai has put a lot of effort into body control and chassis engineering, and it shows in the car’s excellent balance between cushiony ride and firm handling response.

Braking feel is also excellent, with a firm, progressive pedal. The Sonata’s chassis and brake performance serve only to make the base powertrain that much more frustrating. Opting for the Sonata Eco or 2.0T makes it a much more enjoyable car to drive.

Meanwhile, in terms of driving experience and powertrain sophistication, the Sonata’s competition has become even fiercer. The new Chevrolet Malibu is a prime example, easily blowing past the Sonata with a much smaller base turbocharged engine that makes 25 less hp but 6 more pounds-feet of torque than the Sonata’s non-turbo motor. The Volkswagen Passat’s base 1.8-liter turbo engine is in the same situation, making less power but feeling considerably faster around town.  The Honda Accord Sport is comparable to the Sonata in terms of power as well as smoothness, chassis sophistication and overall comfort.

Fuel economy for the 2.4-liter Sonata is fair. It’s rated 25/38/30 mpg city/highway/combined, and in a test loop (as part of our 2016 Midsize Sedan Challenge) we observed 31.6 mpg, which left the Sonata at the lower end of the pack. More efficient versions are available, however, with the Sonata’s turbocharged Eco version rated 28/38/32 mpg. There’s also a hybrid version, rated 39/43/41 mpg. Simply comparing base engines, however, the Sonata doesn’t fare well against competitors like the Honda Accord, which has better ratings and earned better fuel economy in our test than the Sonata.

The interior of the Sonata has been toned down in the same way the exterior styling was. It’s much more conventional – less swoopy and less interesting, though decently organized. Materials quality is only fair, with a lot of hard plastics adorning the surfaces. It’s something that stands out in a category that’s become increasingly plush.

Comfort isn’t in question, however, with excellent front seats that are adjustable and supportive in all the right ways. Headroom is limited by an available moonroof in the Sport trim, so taller drivers may feel their hair brushing the ceiling. Backseat comfort is acceptable, and there’s plenty of toe room underneath the front seats. The seat bottom feels lower than in other cars, however, forcing you into a knees-up position that may be awkward on longer trips. Still, there’s far more room and comfort inside a Sonata than in a Mazda6, with better outward visibility than in just about any sedan except the Volkswagen Passat and Subaru Legacy.

One area where the Hyundai still shines is in the user-friendliness of its controls, electronics and multimedia system. Switches and knobs are easy to find, and nothing is obscured in an awkward place, like in the Subaru and Mazda. The Sonata’s multimedia system is a bit busy in terms of on-screen organization, but Hyundai gets points for including both Apple CarPlay and Android Auto, which allow for smartphone integration. If you don’t like Hyundai’s BlueLink multimedia interface, just plug in your phone and use it instead.

As for plugging in your devices, though, there’s only one USB port in the Sonata, while the industry norm is increasingly two or more. There are two 12-volt power points up front and one in back.

The Sonata has one of the biggest trunks in the category, coming in at 16.3 cubic feet of space. There’s even more when the rear seats are folded flat. This compares favorably with the 15.8 cubic feet that both the Malibu and Accord have, as well as the Passat’s 15.9 cubic feet.

The 2016 Sonata has been crash-tested by the National Highway Traffic Safety Administration, which rated it five stars overall. The Insurance Institute for Highway Safety’s crash tests back that up: IIHS gave the Sonata its Top Safety Pick Plus award thanks to the availability (and satisfactory performance) of forward collision warning and automatic emergency braking. See the Sonata’s crash-test results here.

While the Sonata features advanced electronic safety systems, they’re available only on certain trim levels. The base SE trim gets only the backup camera, while the Sport can be equipped with blind spot detection and rear cross-traffic alert. To get adaptive cruise control with forward collision warning and autonomous emergency braking, you’ll have to step up to a Sonata Limited trim and add both the Tech and Unlimited packages, giving it a sticker price of more than $33,000.

This is a different strategy than other automakers, like Subaru and Chevrolet, employ; both offer those safety features as stand-alone options on lesser trims. See all the Sonata’s standard features here.

The Sonata is competitively priced, with the base SE model starting at $22,585 (all prices include0; a model that used to slot below the SE was dropped earlier this year. This gets you a decently equipped Sonata with the 2.4-liter engine, 16-inch wheels, a backup camera, a 7-inch color touch-screen with Apple CarPlay and Android Auto, a one-touch automatic down driver’s window, air conditioning and more.

Stepping up to a Sport model will cost $24,235, for which you’ll get larger wheels, body cladding, chrome exhaust, a power driver’s seat, and faux carbon fiber and leatherette door trim. Opting for the $24,560 Eco trim changes the motor to the 1.6-liter turbo engine and gets you a seven-speed automatic transmission instead of the standard six-speed. Things get more luxurious (but not any quicker) when you opt for the Limited, which comes with a standard leather interior, moonroof, woodgrain interior, LED taillights and more for $28,185. You’ll still have to pony up more money, though, to get the powerful, 2.0-liter turbocharged engine. That’s available on the Sport 2.0T model for $29,760 or the absolutely loaded, no-more-options-available Limited 2.0T for $34,910.

That version is pretty price-competitive with the rest of the market, making the Sonata a good value. The car I drove was a well-equipped Sport with a no-longer-available Value Edition Package that included a moonroof, keyless entry, hands-free trunk opener and heated front sport seats for an as-tested price of $25,310.

There are a dozen competitors to the Sonata, but here are the three that match up in interesting ways: Newest on the block is the Chevrolet Malibu, which starts at $22,500 and stretches all the way to a loaded price of more than $38,000. It’s a better-driving car than the Sonata but a bit smaller on the inside, with a high belt line that isn’t to everyone’s liking. It features an even easier to use multimedia system and more style, but has some quirks – such as a lack of height-adjustable shoulder belt anchors. The Honda Accord is a perennial favorite, and the Sport trim on that car makes it visually appealing, as well. Roomy, solid, comfortable and efficient, it starts at $23,040 for an LX and goes up to $35,515 for a loaded V-6 Touring. Finally, the Volkswagen Passat features the best backseat in the segment, with tons of legroom and a luxurious feel, even in the base model. The Passat’s starting price of $23,260 for a 1.8T S includes Volkswagen’s punchy 1.8-liter turbo engine. A loaded V-6 SEL Premium Passat will set you back $37,655. Compare all four models here.

Trunk latch recall for 2017 Sonatas - but NOT mine??? So I am riding around with a trunk that does not close AND even though I will have to pay for it - the dealer DOES NOT have the part.

I bought this car used and I stayed in a rental car more than my car. It only had 50,000 miles on it when I bought it. I kept up with my oil changes and the engine was bad at 101,000 miles. Save your money and don’t buy this Sonata. Hyundai refused to fix it so I will never buy a Hyundai again.

Very happy with my purchase! I love my car! It’s roomy and drives very well. The interior is a light gray and it looks great with the white exterior. The backup camera is a plus too

Rating breakdown (out of 5):
4 people out of 4 found this review helpful. Did you?
Show full review
See all 441 consumer reviews 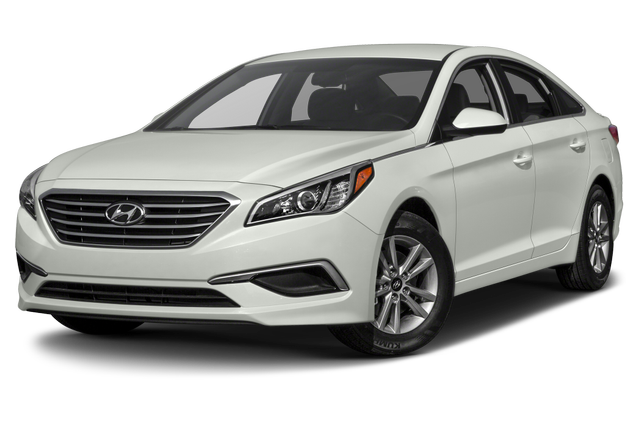 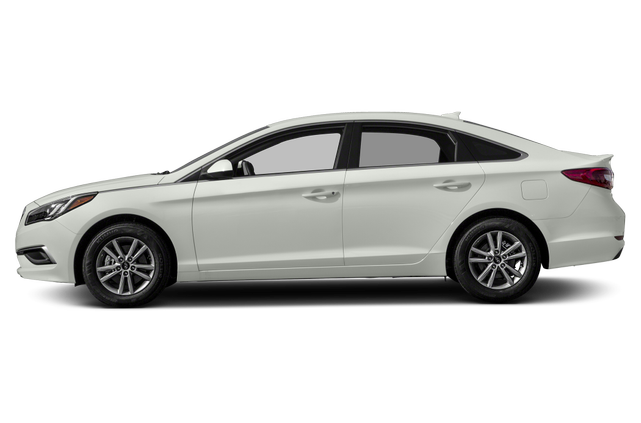 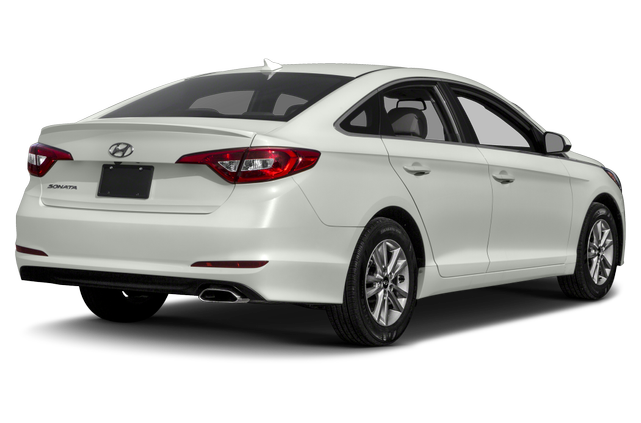 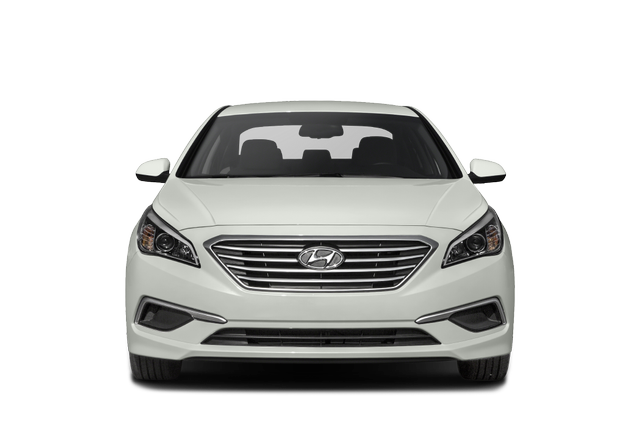 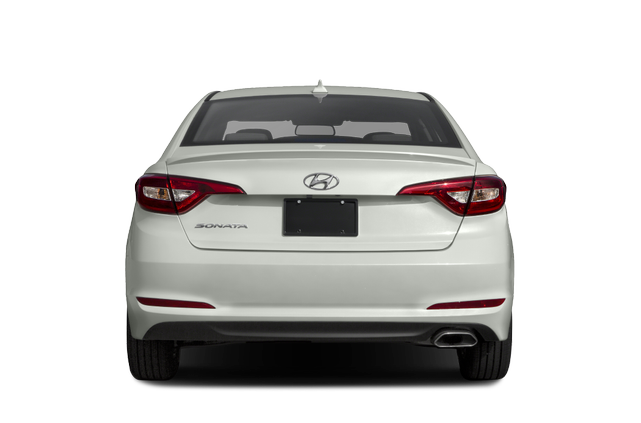 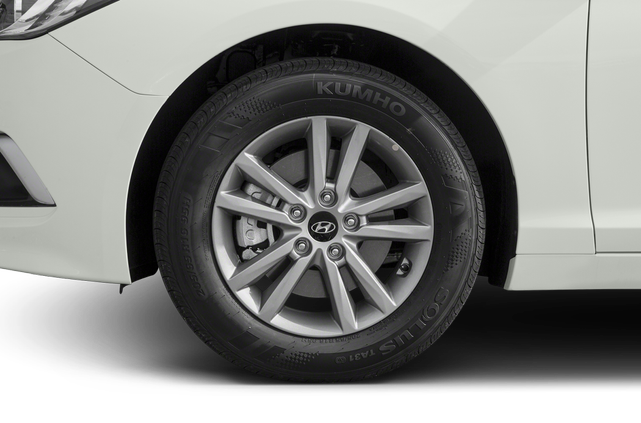 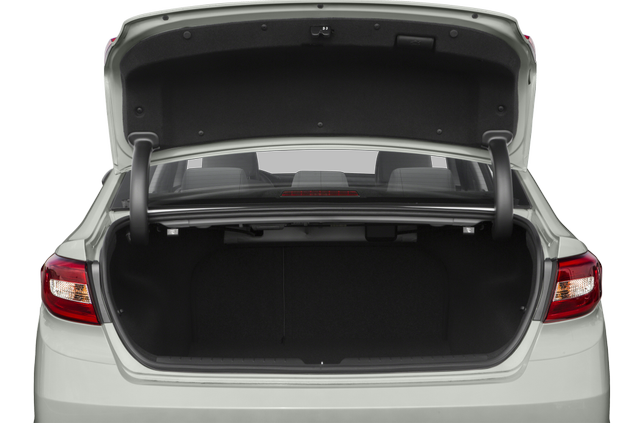 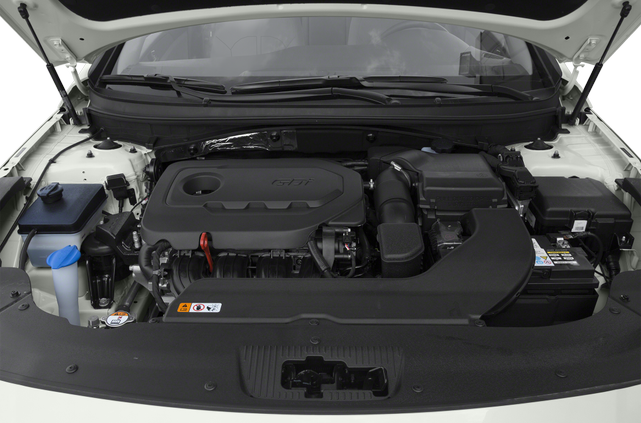 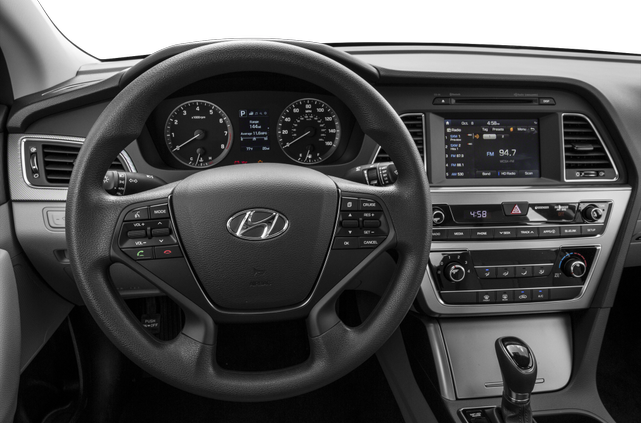 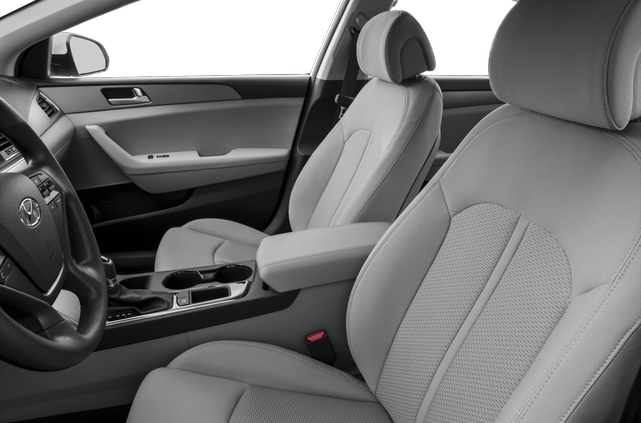 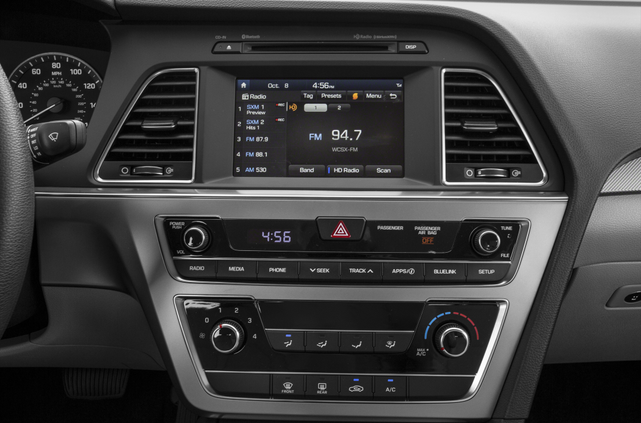 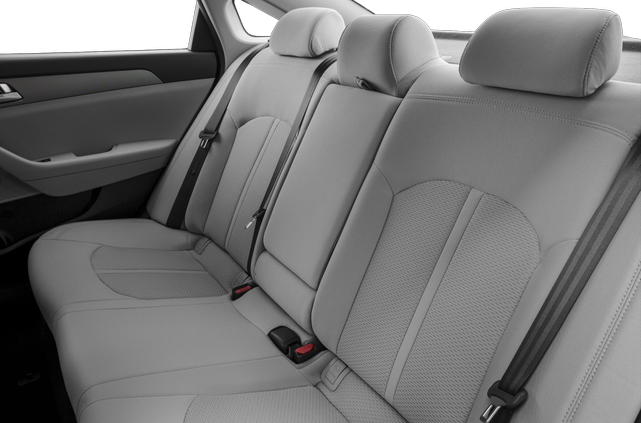 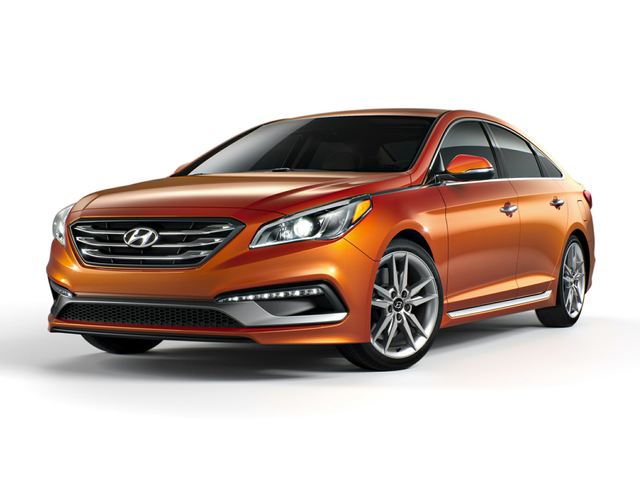 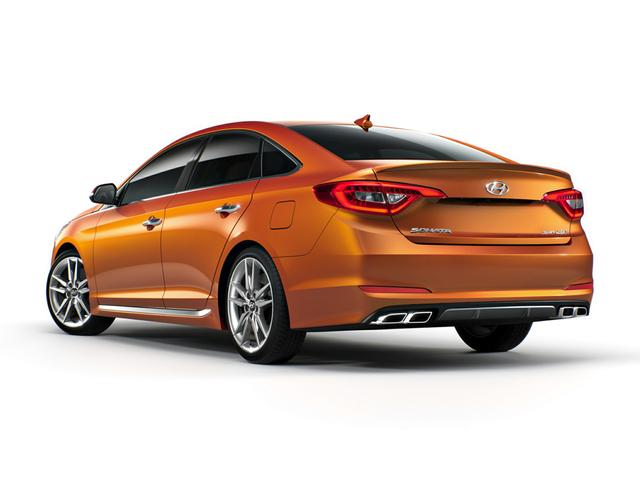 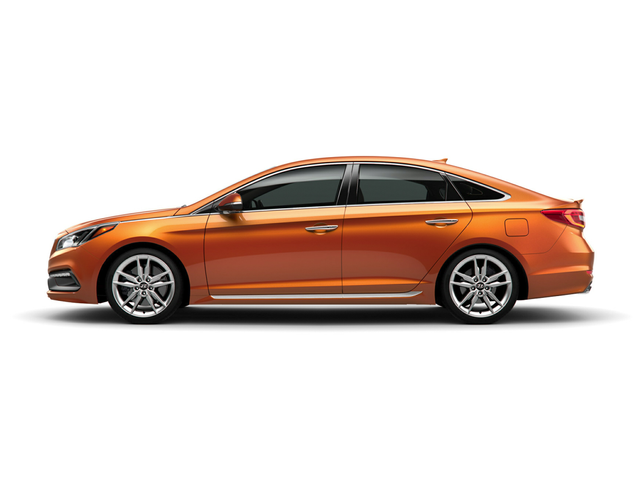 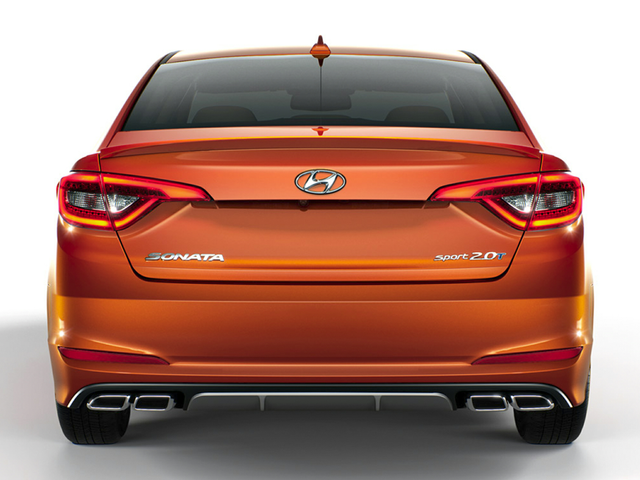 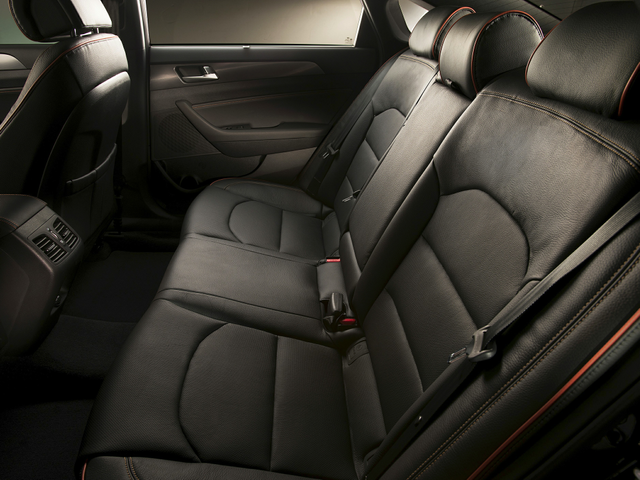