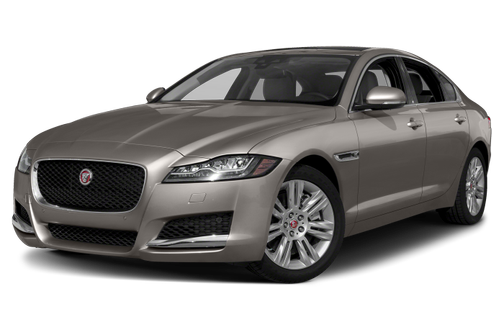 Our 2018 Jaguar XF trim comparison will help you decide.

The verdict: There are moments when the 2018 Jaguar XF Sportbrake drives like the sporty luxury car it looks like, but it’s mostly undistinguished — particularly the cabin.

Versus the competition: Most luxury automakers have abandoned the mid-size wagon in the U.S., turning their attention instead to the surging SUV class. One of the few holdouts is Mercedes-Benz, which still sells the E-Class wagon — a much more luxurious alternative to the XF Sportbrake that’s also less expensive (see their specs compared here).

Hang around enough car enthusiasts and you’ll learn many of them have soft spots for wagons, preferably with a manual transmission. And a diesel engine. In other words, the unobtainium of the automotive world. I understand why this kind of car is appealing — good cargo space, fuel efficiency, low-end torque and an engaging driving experience — but it’s not the body style most car shoppers today want.

The XF Sportbrake, though, has the makings of an enthusiast special, even if it doesn’t check all the boxes. Based on the XF mid-size luxury sedan, the Sportbrake’s body style is sleek and stylish, with a low-slung stance and intimidating face with gaping grilles. It does not, I’m sad to report, offer a manual transmission or a diesel, though Jaguar does champion one or the other in some models including the XF sedan, which offers a diesel engine.

After driving the Sportbrake S with its supercharged V-6 engine, however, any longing for a diesel will quickly fade. Rated at 380 horsepower and 332 pounds-feet of torque, the V-6 effortlessly accelerates the wagon up to highway speeds and has the power to quickly pass slower-moving traffic.

Similarly, some aspects of the Sportbrake’s ride and handling performance impressed while others left me underwhelmed. Jaguar has done a good job tuning the car’s suspension, and the ride is taut and controlled in Normal drive mode without feeling harsh, but things are bumpier in the car’s Dynamic mode. The suspension really shines in fast corners; the car feels planted and stays relatively flat, and the bolstered front bucket seats hold you securely in place.

It’s too bad the wagon’s steering doesn’t provide the same level of enjoyment. The setup is short on road feel in both Normal and Dynamic, and even though it’s easy to place the car where you want, the numb steering is out of step with the wagon’s otherwise sporty demeanor.

The Sportbrake’s $71,445 starting price (including a $995 destination charge) puts it squarely in competition with luxury cars from the likes of Audi, BMW and Mercedes-Benz, but compared with those offerings, the Jaguar’s interior looks decidedly mainstream — both in overall design and in choice of materials.

The cabin has a few interesting design cues, such as motorized covers that roll over the outer dashboard air vents, but the layout and appearance is otherwise very plain. There are none of the adventurous, delightful details you get in an E-Class.

Beyond that, many of the materials aren’t rich enough for a car this expensive — or even a car $20,000 less expensive. The basic-looking plastic trim on the center console and below is an eyesore at this price; it’s not any nicer than what you get in Jaguar’s entry-level XE compact luxury car, and the XE’s interior isn’t exceptional for its class.

The driver’s seat’s numerous power adjustments helped me find a comfortable driving position, but it’s one that doesn’t offer great visibility. The raked windshield and large rearview mirror housing work to block your view out the right side of the windshield, making it harder to see crossing traffic at an intersection. The big roof pillar next to the driver’s seat blocks over-shoulder views, and the rear window isn’t big, either. Crisp 360-degree camera system images on the dashboard touchscreen are helpful when maneuvering at low speeds.

The backseat is comfortable for taller adults, and the seat cushions have a scooped design. The seat folds flat with the cargo floor, increasing cargo volume from 31.7 cubic feet to 69.7, but the backrest doesn’t recline.

With its low load height and obstruction-free design, the cargo area is a useful space. The only thing that compromises its utility a bit is that it’s not that tall, which might prevent some larger items from fitting.

Why Here, Why Now?

It wasn’t that long ago that Jaguar exclusively sold cars, but the British brand has jumped into the SUV realm in recent years, first with the F-Pace mid-size SUV and then with the compact E-Pace.

With the popularity of SUVs soaring, those moves make a lot of sense, but with the luxury wagon class barely hanging on, the decision to bring the XF Sportbrake across the Atlantic is harder to understand — especially with a starting price that’s a staggering $22,675 higher than the base XF sedan. There’s no question the Sportbrake is better equipped than the base XF, but its $71,445 starting price will be a deal-breaker for many wagon fans, assuring the car niche status.

Beautiful car, great handling. Comfortable and powerful for a sport wagon. Love the sound of the supercharger, but remarkably quiet inside. A real head turner!

I loved the automatic speed zone sign that pops up to remind you you are going to fast. It really is great. Easy heads up display could see it even while driving into the sun

We bought the Jag as our family car, and ours is the XF S Sport Brake - basically a fast wagon. Unlike the German and American hot wagons I've driven (Mercedes AMG, Cadillac CTS-V), the Jaguar is actually comfortable and smooth (grace). Yet handling is excellent, power is more than enough (pace), so unsuspecting WRXs are easy targets. It also carries my family and my dog, and all our things with room to spare (space). The perfect family car for James Bond. 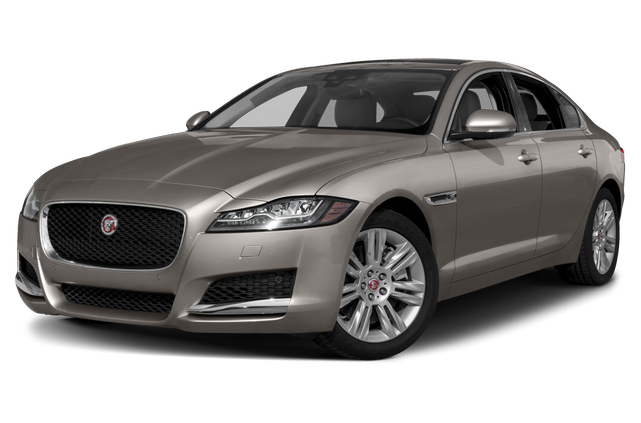 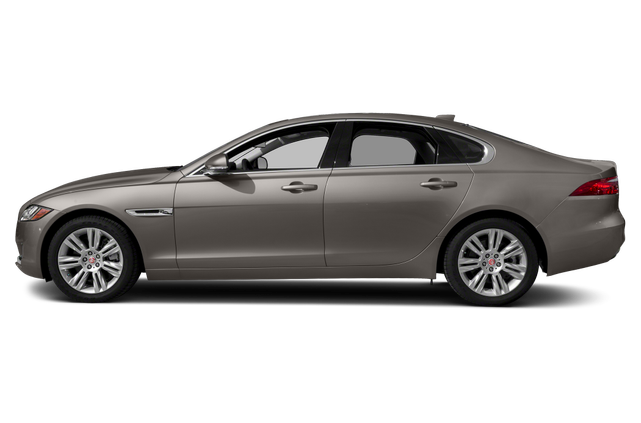 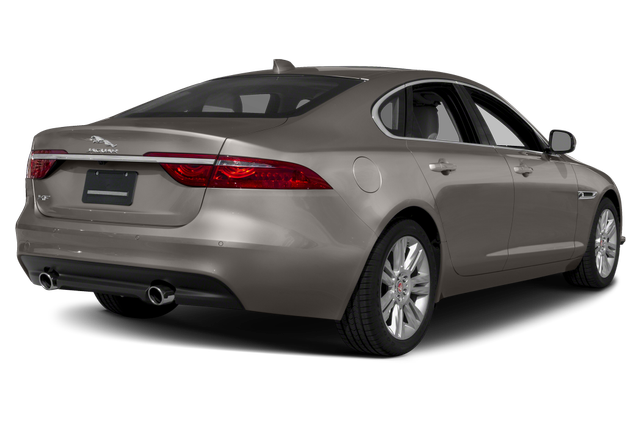 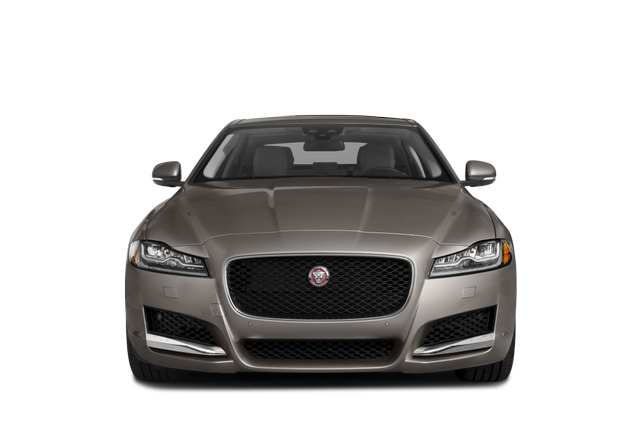 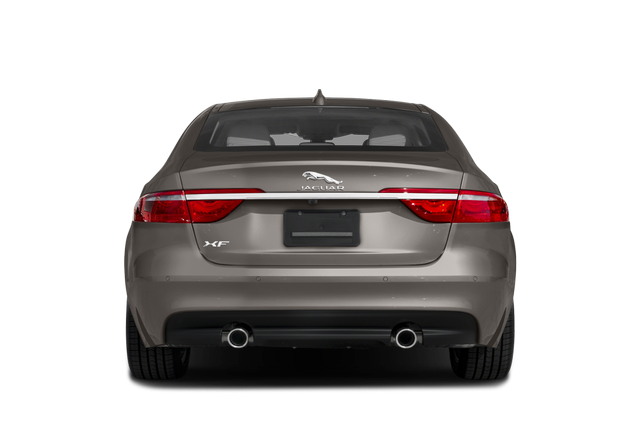 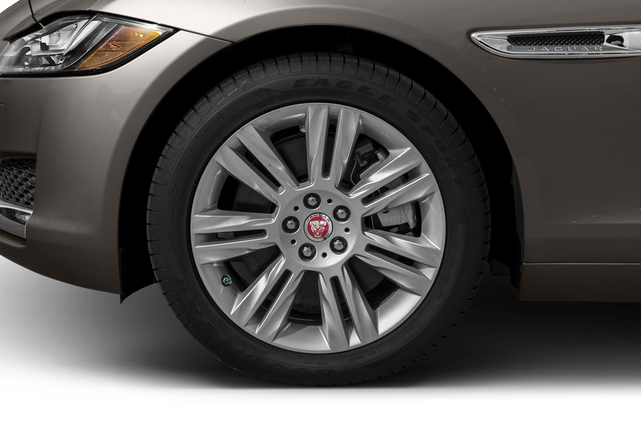 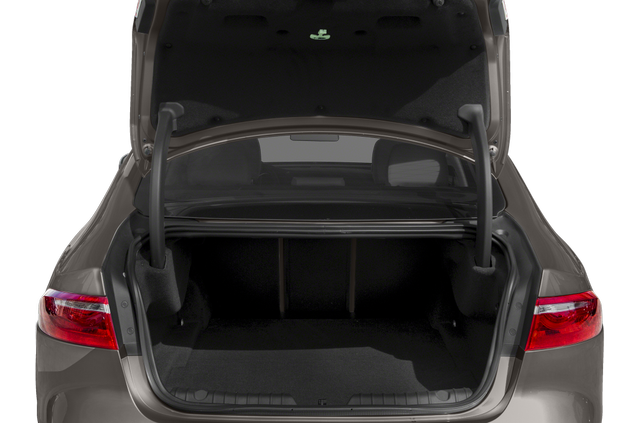 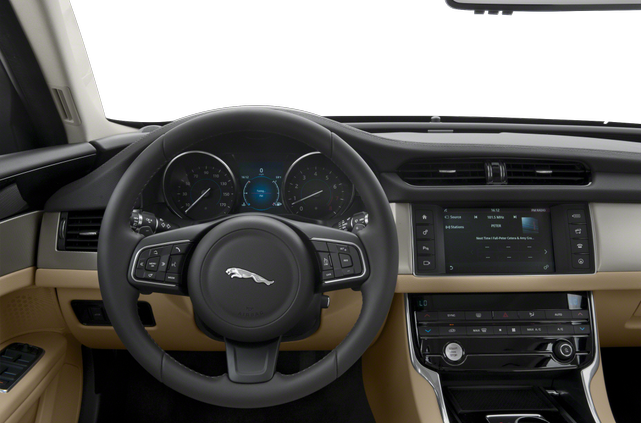 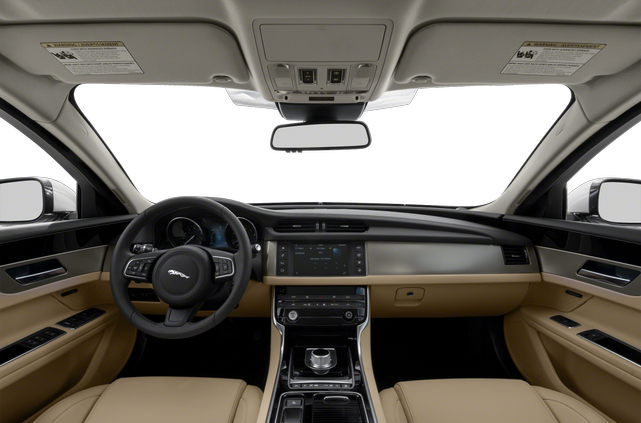 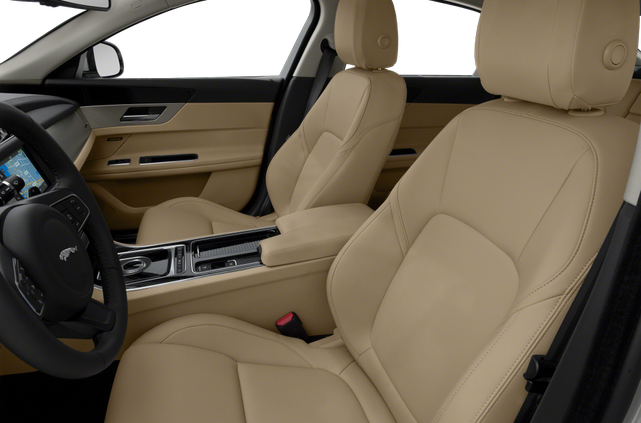 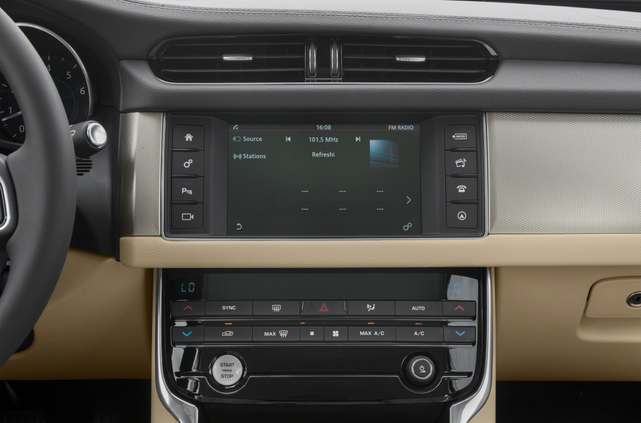 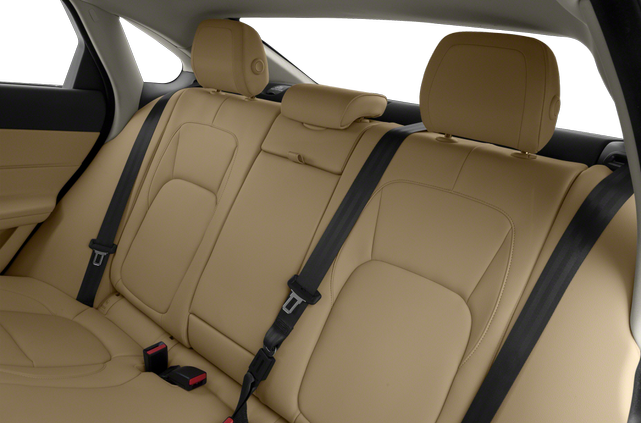 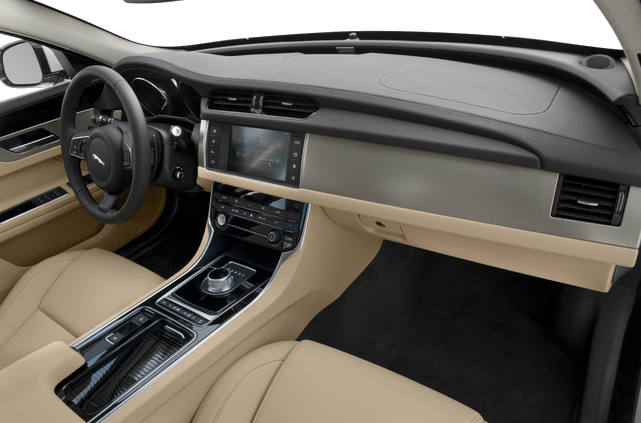 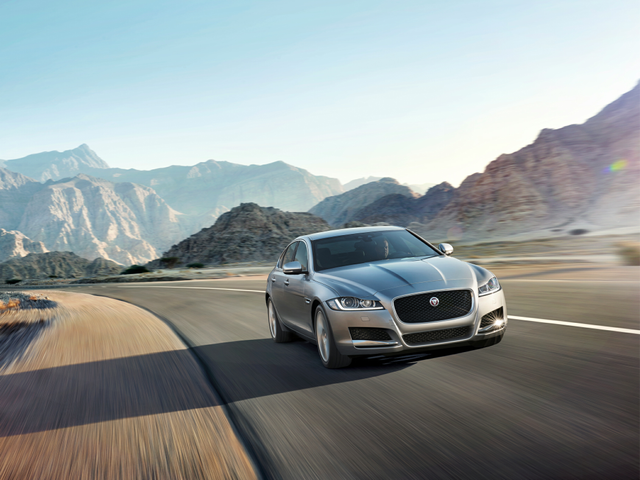 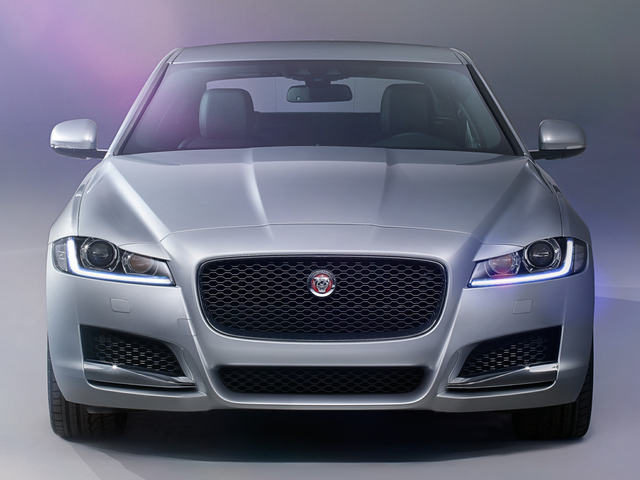 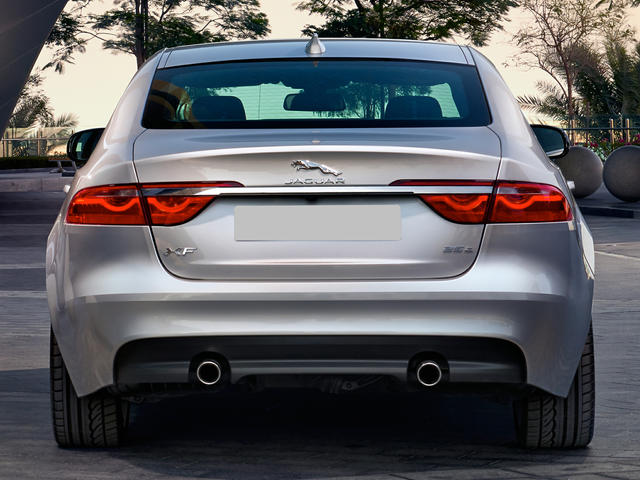 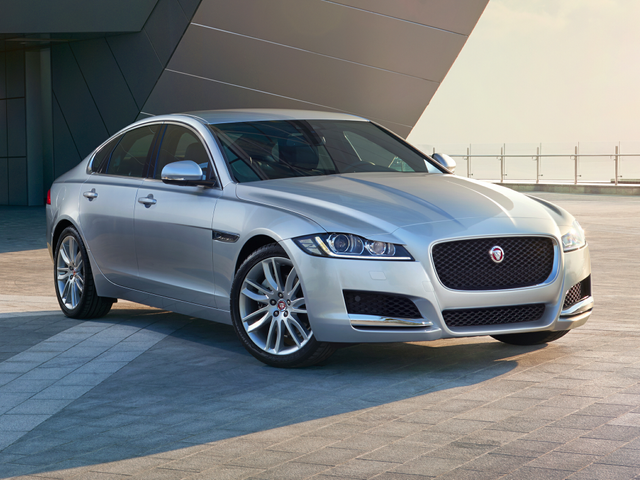 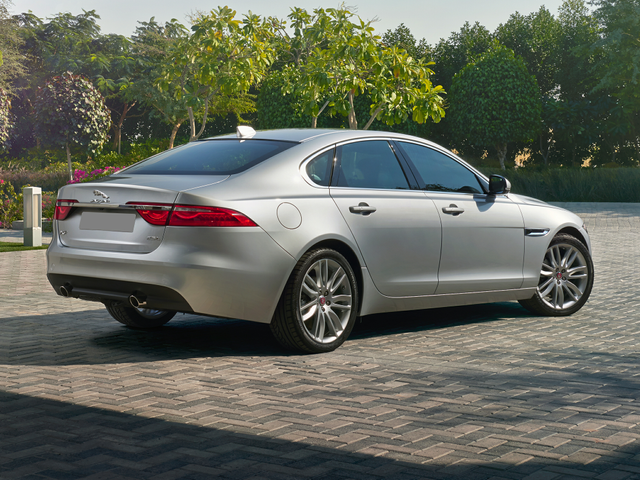 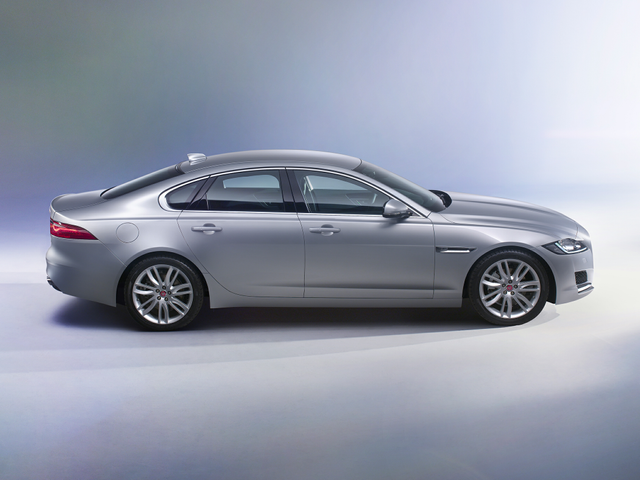 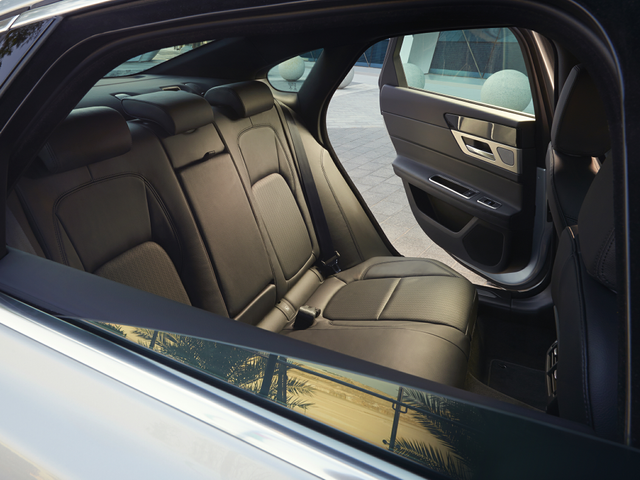