Our 2017 Lexus NX 300h trim comparison will help you decide.

The verdict: With very good gas mileage for its class, a roomy interior and good driving manners, the 2017 Lexus NX 300h hybrid is a sensible small luxury SUV, but its optional multimedia interface is maddening.

Versus the competition: With an EPA-estimated 33/30/31 mpg city/highway/combined, the 2017 NX 300h is the most efficient compact luxury SUV you can buy, but competitors offer richer cabin materials and easier-to-use multimedia systems.

Lexus revolutionized the luxury SUV class with its mid-size crossover RX, which debuted for the 1999 model year. The Japanese luxury brand didn’t have a compact luxury SUV, however, until just a few years ago, when it launched the 2015 NX. The Lexus NX is offered as the NX 200t, with a turbocharged gas engine, and the NX 300h gas-electric hybrid. Because it has no direct hybrid competitors, the 300h competes against gas-only models like the Acura RDX, BMW X3 and Lincoln MKC. See their specs compared here.

Lexus has restyled much of its lineup with a focus on sharp angles, creases and an imposing spindle grille. The design theme comes together well in the NX 300h; the grille doesn’t dominate the front end like it does on some other Lexus models.

One of the most impressive aspects of the NX 300h is that its driving experience hasn’t been diminished for the sake of good gas mileage. It accelerates smoothly from a stop, even when the gas engine kicks in. Slowing down is similarly uneventful, as brake-pedal progression is linear and predictable. There’s not a ton of power in reserve for passing, but the drivetrain is strong enough in stop-and-go city driving.

That’s not to say that the SUV’s hybrid system goes completely unnoticed. The NX 300h makes a high-pitched whirring sound as you come to a stop, like some futuristic space vehicle powering down; this annoyed one editor. The way in which the NX 300h accelerates is a bit uncharacteristic, too, as engine rpm stays steady as the SUV builds speed. In this regard, it’s like the increasing number of cars on the market now with continuously variable automatic transmissions.

There’s a console dial for the SUV’s Normal, Sport and Eco drive modes, as well as an EV button that enables electric-only operation for short distances at low speeds. When Sport is selected, the gauge cluster’s hybrid system indicator switches to a familiar tachometer, and the gas pedal becomes more responsive. In Eco, conversely, gas pedal response is incredibly lethargic.

Ride quality is firm and the suspension manages most bumps well. On pockmarked city streets, however, the suspension transmits more imperfections to the cabin than we’d like. At highway speeds the NX 300h feels stable and settled, which reduces the amount of effort needed to keep it on its intended course.

I was surprised by the amount of wind and tire noise in the cabin at highway speeds. Both are pronounced, transforming what luxury shoppers might expect to be a hushed space into a noisy environment.

The NX 300h’s 31 mpg rating in combined driving is significantly better than the EPA estimates for all-wheel-drive versions of the RDX (22 mpg), X3 (up to 24 mpg) and MKC (up to 22 mpg), as well as the gas-only NX 200t (24 mpg). I did a little better than the EPA’s combined estimate; I put about 90 miles on the NX 300h, driving it like I would any other test car, and averaged 35 mpg, according to the trip computer. My average speed was just 16 mph, reflecting a lot of urban and suburban driving, where this model is more efficient. Temperatures were mostly in the 40s. If you’re interested in more mileage data, one of our editors took the NX 300h on a road trip and diligently tracked its real-world fuel economy.

The NX 300h’s aggressive exterior styling theme spills over to the cabin; the middle of the dashboard is dominated by an angular control panel that evokes the SUV’s grille.

Fit and finish are up to entry-luxury standards, and Lexus’ NuLuxe simulated leather upholstery (real leather is optional) does a very convincing impersonation of the real thing. Soft-touch surfaces on the upper part of the dashboard and doors are nice, but the silver trim on the center console can’t hide the fact that it’s painted plastic. The strip of imitation carbon fiber on the doors isn’t convincing, either, and many of the buttons, knobs and switches aren’t that different from what you’d find in a mainstream SUV from Toyota, Lexus’ parent company.

The Lexus NX 300h feels bigger inside than some compact luxury SUVs. The front seating position is comfortable and the seats have soft cushioning. The roomy second row features a comfortable reclining bench seat and generous legroom.

The luxury segment has fallen hard for multimedia systems controlled by a console interface instead of — or in addition to — a touchscreen. Lexus’ version is called Remote Touch. Unlike systems from Audi and BMW that use a rotary knob controller to navigate menus on a dashboard screen, Remote Touch uses a joystick-like controller or laptop-style trackpad, depending on the model, with no touchscreen functionality for the display. The NX has the trackpad when it’s equipped with the optional navigation system. Remote Touch isn’t a paragon of usability even with the joystick controller, and the trackpad makes it one of the most frustrating systems I’ve ever tested.

Trackpads have their place, but a moving car isn’t one of them. Moving a finger around the NX’s trackpad makes the on-screen cursor jump from menu option to menu option, and it’s sometimes hard to choose the one you want even when the car is parked. When the car is moving and you’re being jostled while trying to pay attention to the road, forget about it.

In addition, the interface’s freeform nature makes it hard to operate by feel alone. Where in other systems a series of control-knob nudges will get you to the screen or menu you want, with Remote Touch you need to confirm every move with a quick look at the dashboard screen, which takes your eyes off the road. The trackpad incorporates haptic feedback — it pulses when you land on one of the on-screen buttons — but that can’t make up for the fact that this is the wrong kind of interface for a car.

Fortunately, there are secondary controls that let you avoid the trackpad for some functions. There’s a button to cycle through radio bands, as well as a knob to tune the station. Lexus also separated the climate controls entirely; all the climate system buttons are high on the dashboard, just below the screen.

My iPhone paired easily to the multimedia system using Bluetooth, and it was easy to play music stored on my phone once it was connected. The dashboard screen shows track info including artist artwork as well as playback controls. The Navigation Package includes Lexus’ Enform App Suite, with apps like Yelp and Pandora, but Apple CarPlay and Android Auto smartphone connectivity aren’t currently available.

The multimedia system had one glitch during testing: I was listening to AM talk radio on the drive to Cars.com’s offices one morning, and when I tried to change audio sources the system was frozen. I couldn’t select a different radio band, change the station, adjust the volume or use the Remote Touch trackpad. I was stuck listening to the AM station until I stopped and turned the SUV off. When I turned it back on, the system operated normally again.

The NX 300h has 16.8 cubic feet of cargo space with the backseat up and 53.7 cubic feet when the standard 60/40-split backseat is folded flat with the cargo floor. There are storage areas in the doors and a decent-size storage bin under the front center armrest.

The NX received the Insurance Institute for Highway Safety’s highest rating in each of the agency’s crashworthiness tests, and its optional forward collision warning system with automatic emergency braking received a rating of advanced (from possible scores of basic, advanced or superior when the feature is offered). The NX stands in good company within the IIHS’ mid-size luxury SUVs class. The National Highway Traffic Safety Administration gave the NX its highest, five-star overall rating for its crash-test performance and rollover resistance.

A backup camera is standard, and optional active safety features other than the collision warning system include blind spot warning with rear cross-traffic alert.

Shoppers are flocking to SUVs of all sizes, and low gas prices are helping fuel the rush. That means one of the NX 300h’s strongest selling points — its fuel efficiency — doesn’t resonate as strongly as it might if gas prices were higher.

You pay a premium for the SUV’s hybrid technology, which makes it more expensive than competitors from Acura and Lincoln, but the NX 300h’s starting price still undercuts competition from BMW and Mercedes-Benz.

If you place a premium on fuel efficiency — no matter the price of gas — the NX 300h is worth a look.

Even better than expected!

July 3, 2020
By Micke from Stockholm
Owns this car

Updated to 2017 nx300h from a 2007 rx400h. We got the "Luxury" package which includes all options (in Sweden) except the Sport stuff. Love all the new technology (air con in seats, 360 cam, radar cruise, reverse collision warning and more). The trunk is a little bit smaller than 400h but instead there is a lot more space under the trunk floor since we have the compressor instead of spare tyre. Seating front and back feels almost as big as the 400h. Getting average 6,8 l / 100 km after 3 months of driving. 400h was about 9,5 l / 100 km. Handling on curvy roads is great! Acceleration is really not that bad, but the cvt / engine is noisy during hard accel. During normal driving everything is smooth and quiet.

This is our second Lexus and it is very reliable and comfortable. It runs very quite and has all the hi-tech tools necessary to function reliably. I would recommend this car as an everyday vehicle for a growing family.

November 15, 2017
By Johnnic from Los Angeles
Owns this car

Pricey and lack power but has all the other bells and whistles and the reliability that comes with this brand. Of course the hybrid is a tad of misnomer as it does not save as much as gas as "true" hybrids. 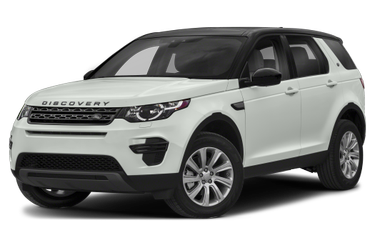 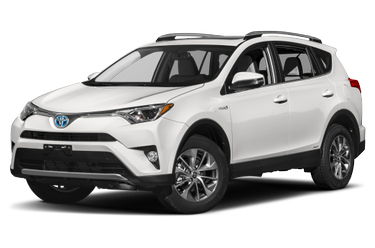 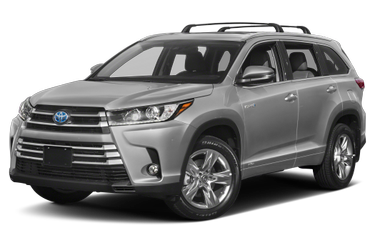 All model years for the Lexus NX 300h 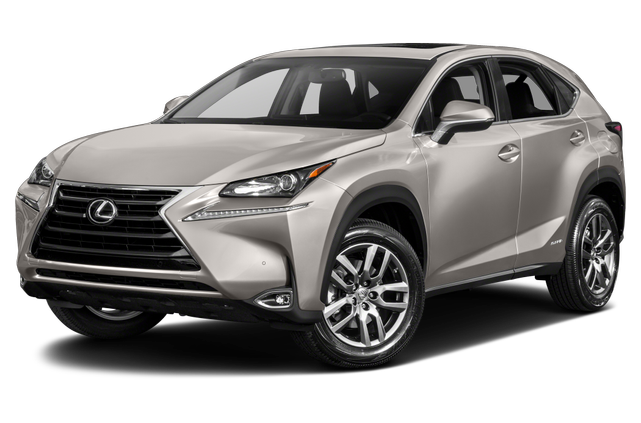 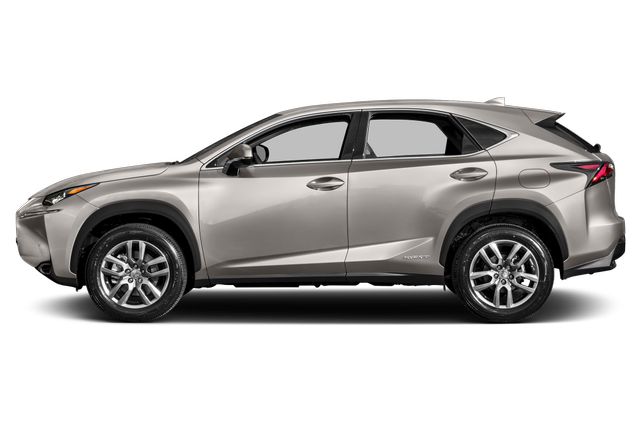 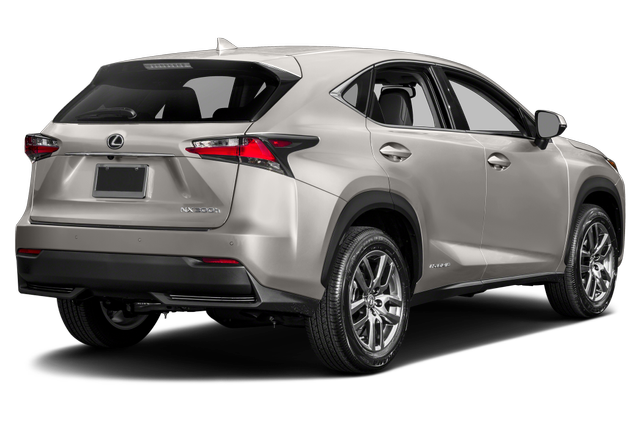 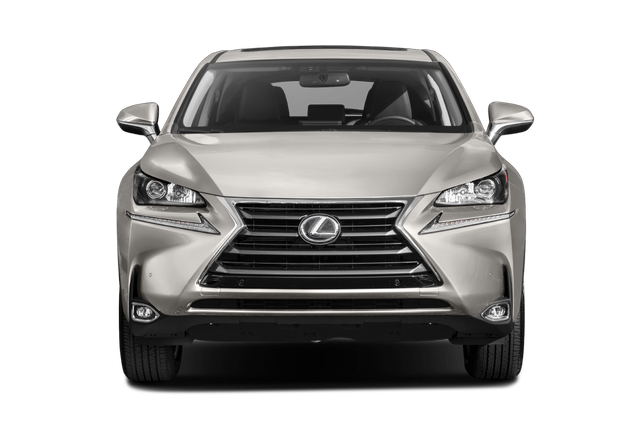 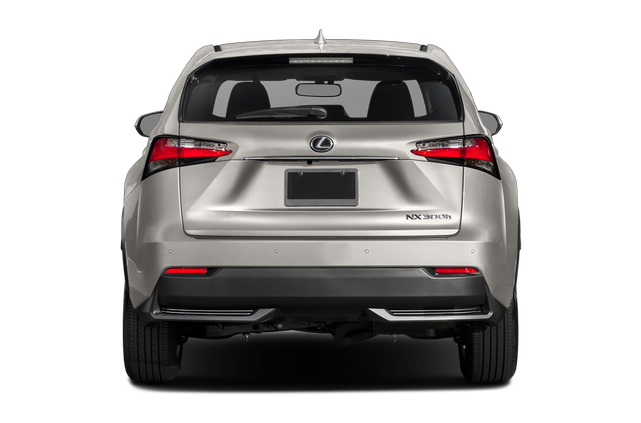 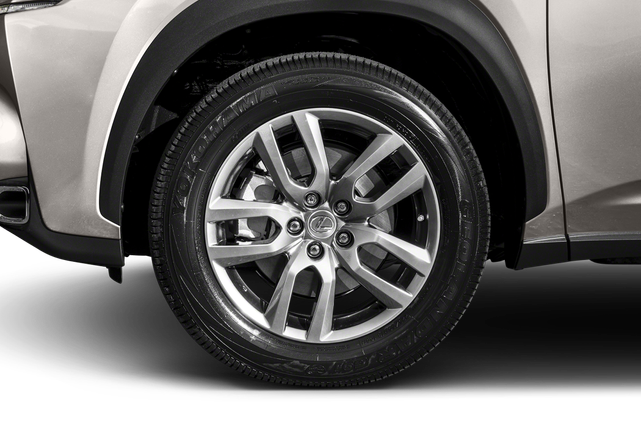 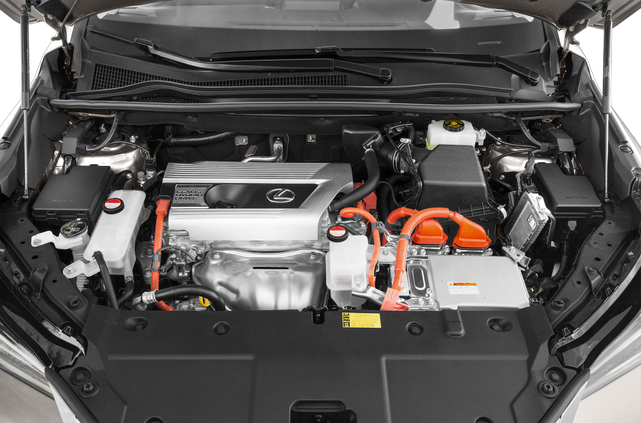 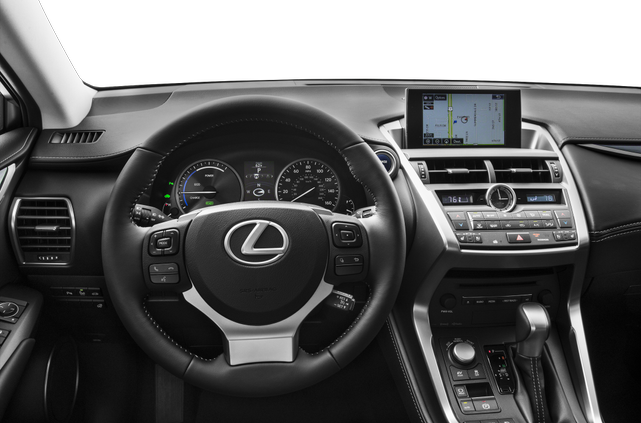 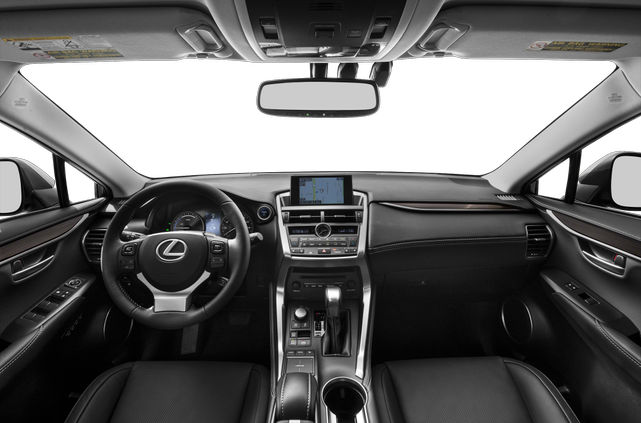 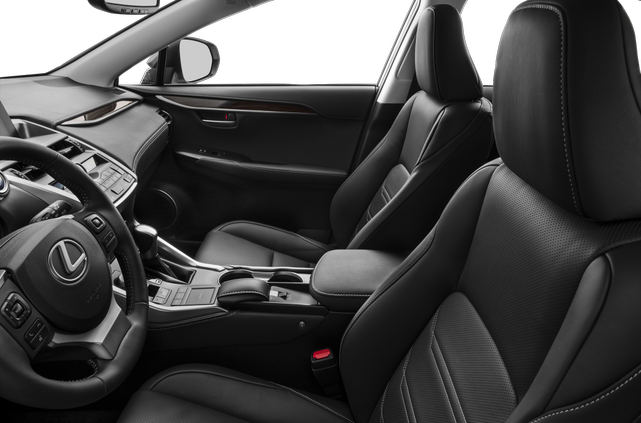 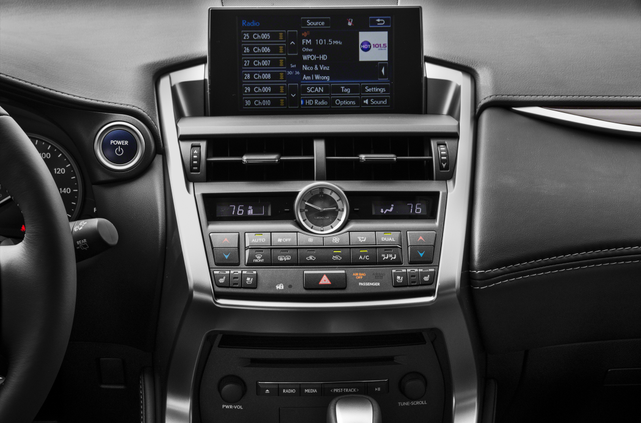 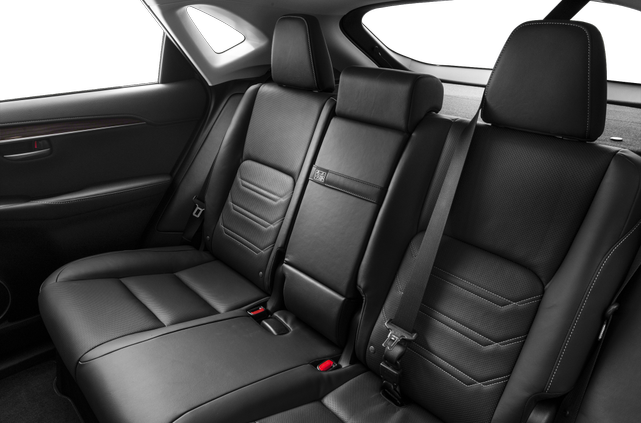 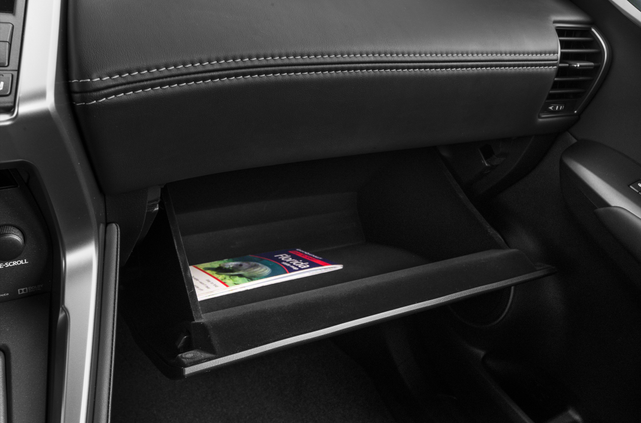 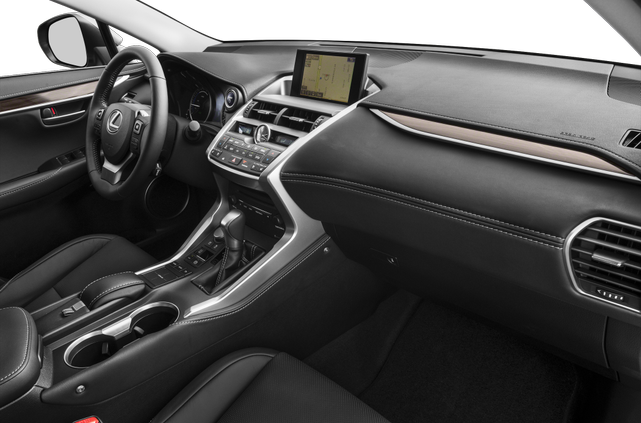 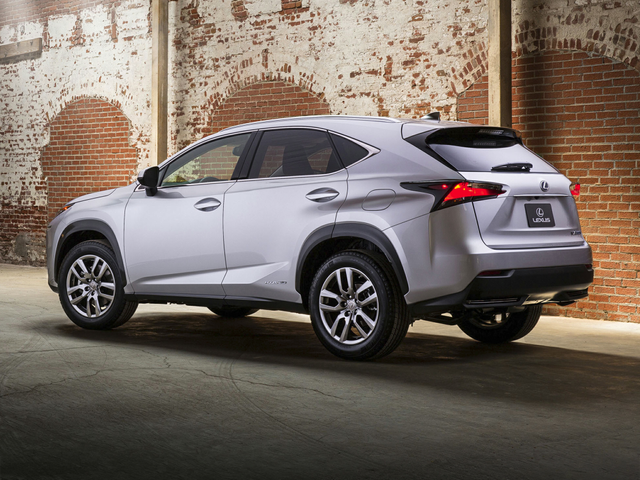 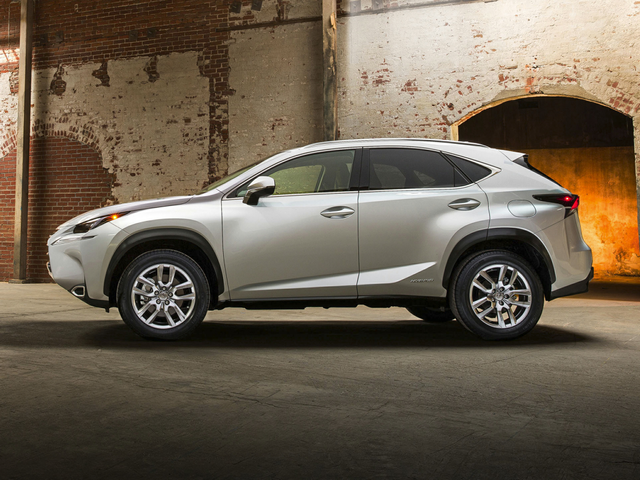 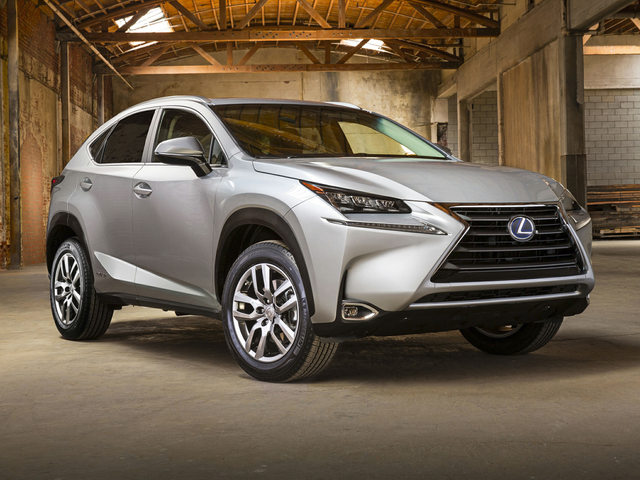 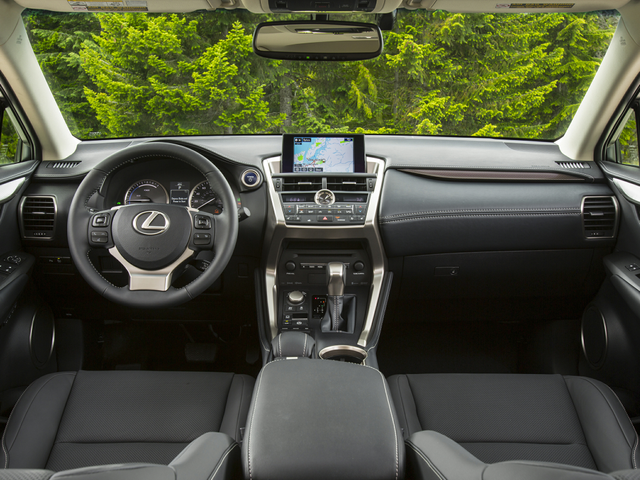 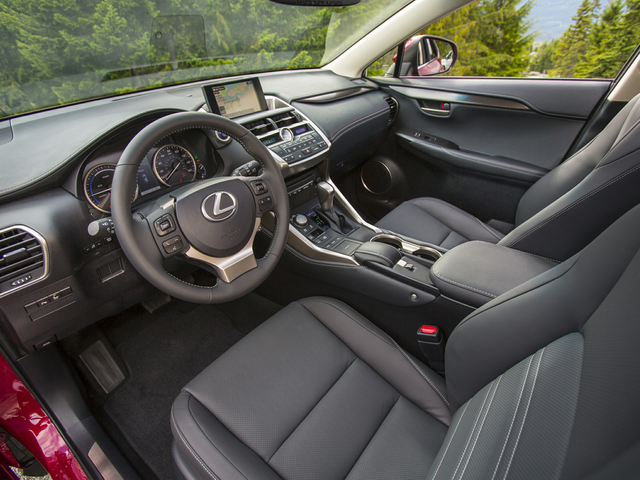 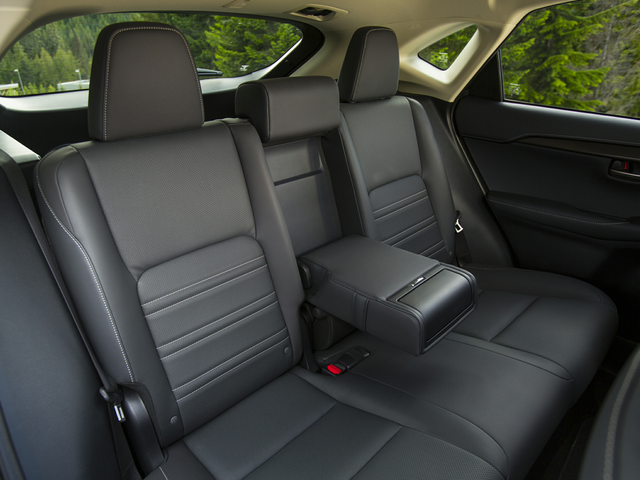