Our 2013 Mazda CX-5 trim comparison will help you decide.

The 2013 Mazda CX-5 is an exceptional SUV — sullied, unfortunately, by myriad characteristics that could be deal-breakers for certain buyers.

Unlike the Mazda Tribute, a Ford Escape clone, the CX-5 compact SUV that takes its place has no Ford roots. It comes with front- or all-wheel drive and a pea-sized, high-tech four-cylinder. An automatic transmission is optional on the CX-5’s base Sport trim level and standard with the higher Touring and Grand Touring trims. The automatic is also required with all-wheel drive. At a press preview ahead of the car’s early 2012 launch, I drove front-drive prototypes with both transmissions.

A New Smile
Five inches shorter from bumper to bumper than the Mazda CX-7, the CX-5 has a footprint similar to popular SUVs like the Honda CR-V, Toyota RAV4 and Escape. Mazda’s smiling grille — present on most cars and at its most extreme on the Mazdaspeed3 — gives way to a five-sided scowl here. It’s part of Mazda’s new “Kodo” design theme from last year’s Shinari concept, and it makes for a distinctive, if nose-heavy, look. I’d prefer less front overhang — in the vein of Mitsubishi’s well-proportioned Outlander Sport — but the Mazda holds itself well.

Seventeen-inch wheels are standard, with 19s available. Uplevel trims have fog lights and adaptive xenon high-intensity-discharge headlights, which is uncommon for a small SUV.

Going & Stopping
The CX-5 follows the Mazda3 compact car in getting the automaker’s new SkyActiv engine: a 155-horsepower, direct-injection four-cylinder whose efficiency helps the Mazda3 eke out 40 mpg highway. Mazda tweaked this version for more low-end power, but the tiny engine still putter-putters more than zoom-zooms. The stick shift makes the most of it, with short, precise throws and a light clutch that’s better than most SUV manuals. You’ll want to keep the revs high to get much out of the CX-5’s four-banger.

The optional six-speed automatic has long 1st and 2nd gears, which make for slow starts, but it kicks down two gears at once on the highway and bangs out quick midcorner downshifts to get you back up to speed. This thing works harder than a grandmother on Thanksgiving. I much prefer it to some of the lazier automatics out there, but there’s no getting around the CX-5’s pokiness.

That hasn’t stopped anyone from buying the four-cylinder Chevrolet Equinox, which is slower still, and the CX-5’s higher fuel efficiency provides further compensation. Mazda expects EPA mileage of 26/32 mpg city/highway with the automatic and front-wheel drive or 26/33 mpg with the manual. All-wheel-drive models still get 25/30 mpg. That’s family-sedan mileage, and it leads all major SUV competitors by 2 mpg or more. Outstanding. (As of this writing, the redesigned Escape’s mileage is still pending.)

Ride & Handling
The CX-5 rides more comfortably than the firmly sprung Mazda3, but its ride is still a touch busy compared with the smoothest competition: the Subaru Forester, Dodge Journey and most versions of the RAV4. The CX-5 cushions out major bumps well enough, but on rougher stretches of highway, it picks up a lot of small stuff. It isn’t fatiguing like the choppy Hyundai Tucson and Kia Sportage, but the CX-5 could isolate better.

On the other hand, other automakers should emulate Mazda’s steering. The CX-5 has excellent straight-ahead composure, even at 80 mph, and confident, turn-me-harder feedback as you bomb down a winding road. The Mazda corners flat, and as the tires lose their footing, the nose pushes wide — nearly every competitor short of the Forester does this — but it’s still more fun than any SUV deserves to be.

The Inside
Mazda’s prototype test cars had attractive materials and padding in most of the important places. Piano-black and painted silver trim lined the interior; the latter fooled me for real metal. The flubs, such as low-rent manual climate controls and an under-padded center armrest, are peripheral, and some of them may be ironed out by production time.

The bolstered front seats keep you planted in hard corners, but my 5-foot-11 frame could have used another couple inches’ rearward adjustment range. What’s more, the short cushions have too flat an angle, and only the CX-5 Grand Touring’s power driver’s seat has a tilt adjustment to improve thigh support.

Legroom and headroom in our moonroof-free test cars was good, with more room for your knees to spread than the CX-5’s wraparound confines suggest. The center console can’t swallow handbags like some do, and the cupholders sit between your hand and the shifter. Throw a water bottle or Big Gulp in there and it gets in your way.

Mazda claims visibility that’s among the best in the segment. I’m not sure which models it benchmarked. Sightlines are good but not exceptional, with large side mirrors and tall windows. But this is no Forester: The A-pillars could be skinnier, and the small rear window limits your rear view.

The backseat sits high enough off the ground for adults, which isn’t the case in a lot of SUVs. Legroom and headroom are good, albeit short of the Equinox’s mammoth backseat. The Mazda’s doesn’t recline or slide forward and back, but it folds in a 60/40 or optional 40/20/40 split — the latter allowing long objects in the cargo area to fit through the center portion. Release handles in the seatbacks and cargo area fold the spring-loaded seats in a single step. There’s even a specific release in back for the middle section of the 40/20/40 split. Excellent.

Multimedia options include Bluetooth phone connectivity and audio streaming, an integrated (i.e., not dash-top) TomTom navigation system and an iPod/USB-compatible stereo. Alas, the navigation in our prototypes showed street labels on 3-D but not 2-D views, which Mazda said might be resolved by production. Check it out on your test drive. If street labels are still MIA and you prefer 2-D maps, skip the navigation.

Cargo volume behind the rear seats totals 34.1 cubic feet. Fold the seats and 60/40-split models have 64.8 cubic feet of maximum volume; cars with the 40/20/40 setup have 65.4 cubic feet. The maximum figures trail most major competitors, though not by much.

Safety & Features
The CX-5 has not yet been crash-tested. Standard features include six airbags, plus the federally required antilock brakes and electronic stability system. A blind spot warning system and adaptive headlights are optional.

Pricing is still unavailable as of this writing, but a company official told journalists to expect a typically equipped CX-5 to go for around $24,000. Standard features on the CX-5 Sport include keyless entry with push-button start, steering-wheel audio controls and various power accessories. Move up the ladder and you can get a power driver’s seat, heated leather upholstery, dual-zone automatic climate control, 19-inch wheels and a navigation system.

CX-5 in the Market
The CX-5 leaves the similar-size CX-7 with little reason to exist. Gas mileage and cabin quality should win Mazda a seat at the sales table; that’s something the CX-7 and Tribute failed to do. This, and possibly a future diesel version, portends an interesting take on the future of small SUVs: big on versatility, quality and handling, but small on outright acceleration. Some will deem it too poky, and tall drivers should write it off right now. But the rest should add Mazda to the list.

October 28, 2022
By kespencer from Dayton, Ohio
Owns this car

I am so glad my nice found this dealership, they took care of me. The guys are very nice and the price was right. I will recommend them to anyone. Kyle was wonderful. Thanks for a job well done.

has been working well since we purchased in 2013/few minor issues but always resolved quickly/great mpg. /plenty of room for people/pets and stuff :-). Vehicle has been very dependable and service at Liberty Mazda has been great :-)

Rating breakdown (out of 5):
5 people out of 5 found this review helpful. Did you?
Show full review
See all 108 consumer reviews 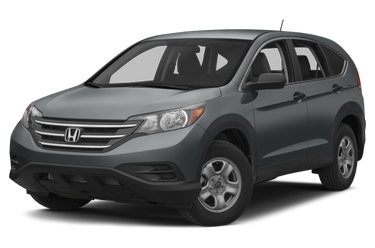 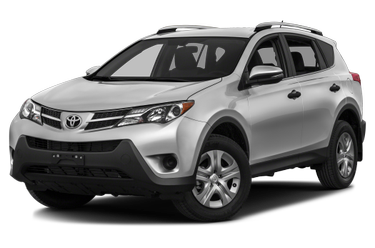 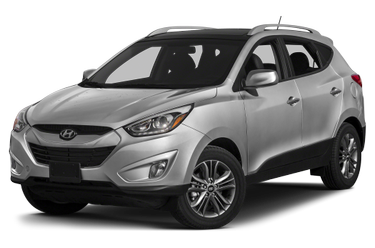 All model years for the Mazda CX-5 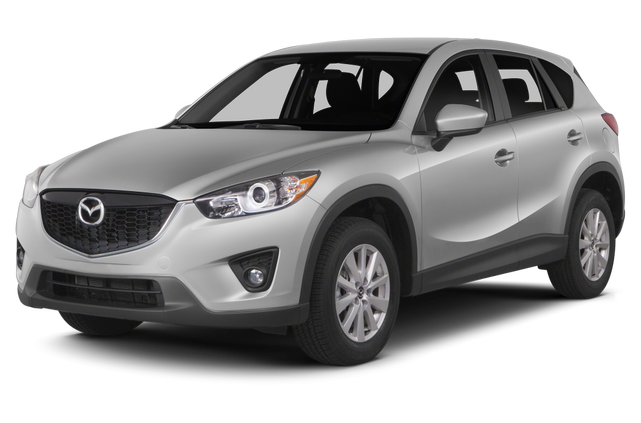 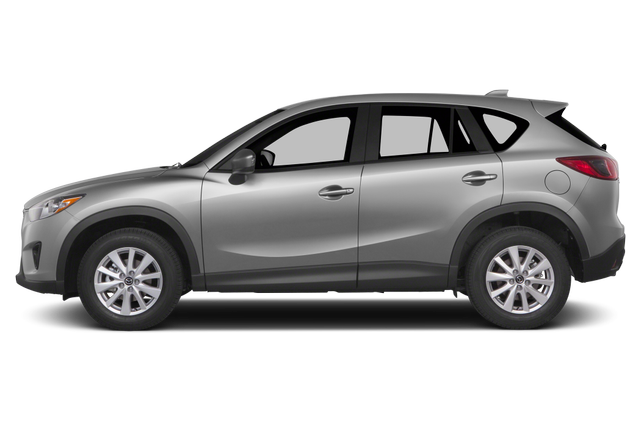 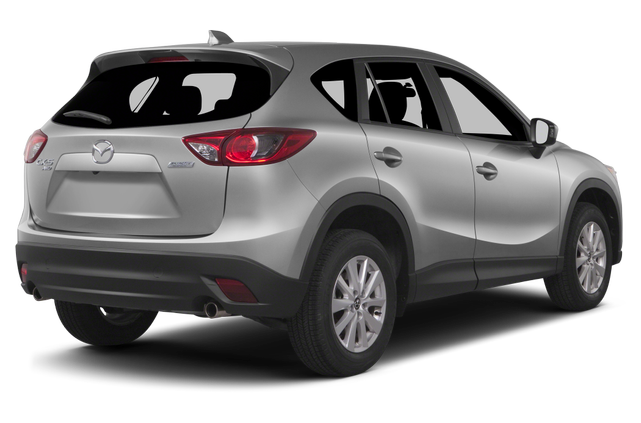 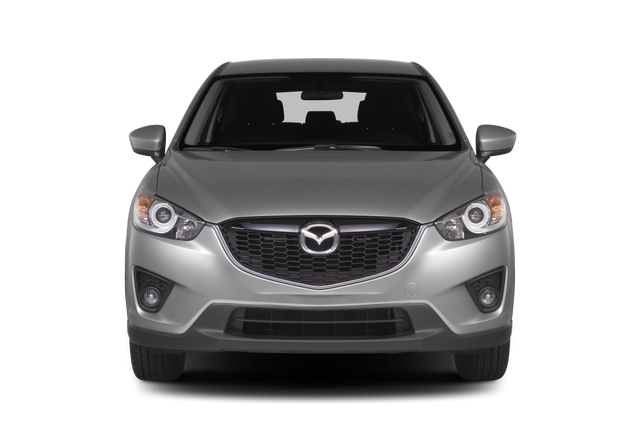 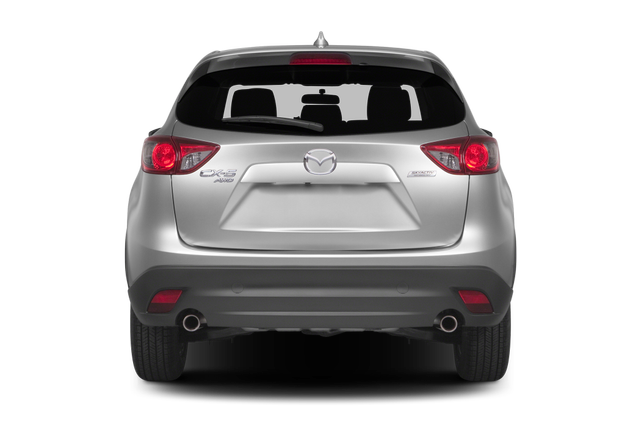 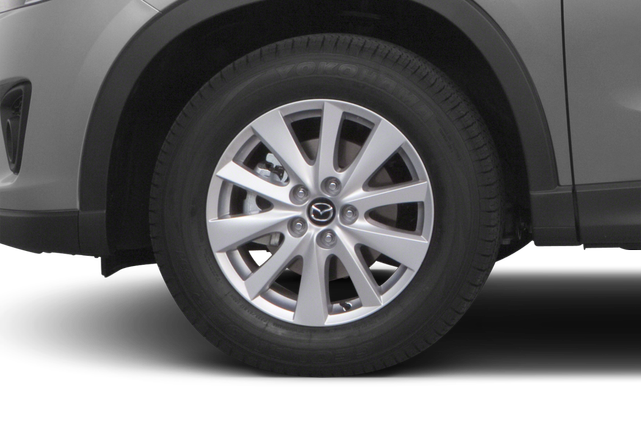 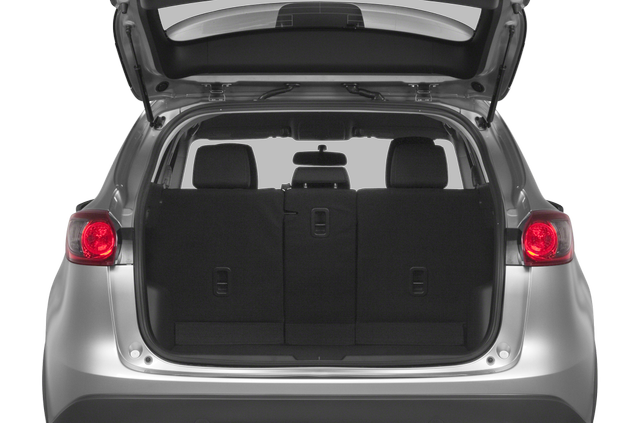 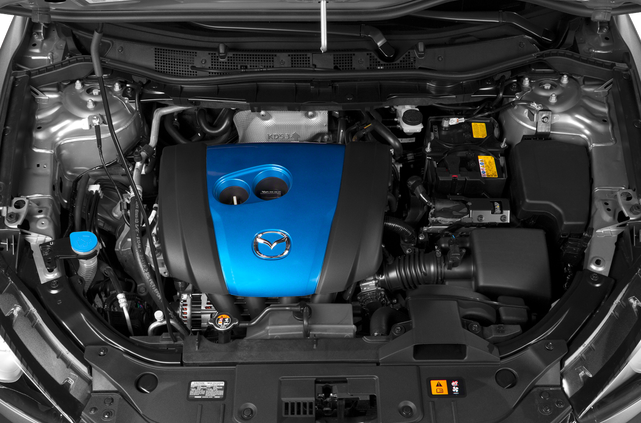 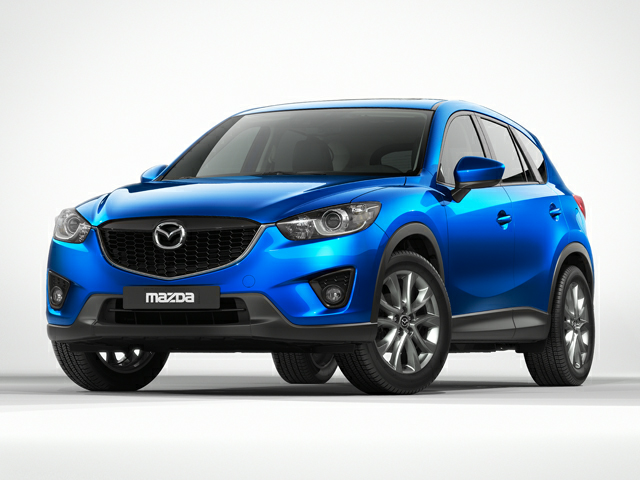 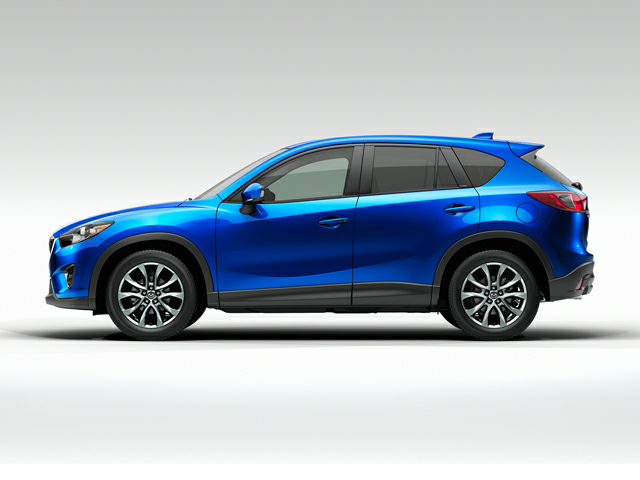 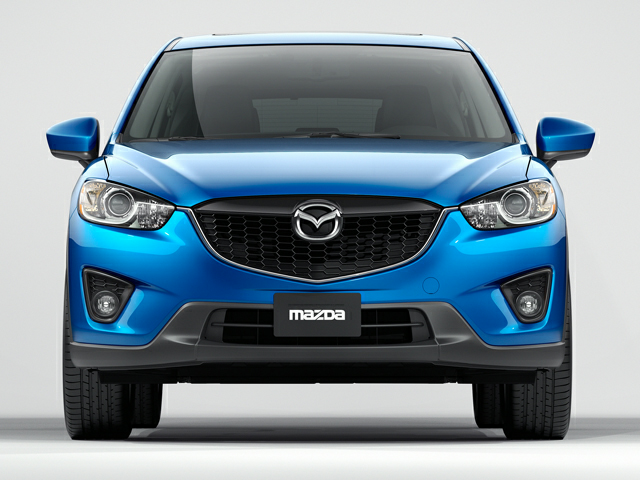 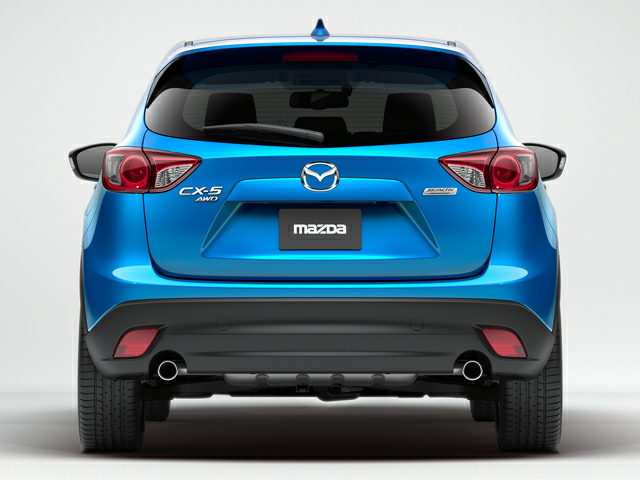 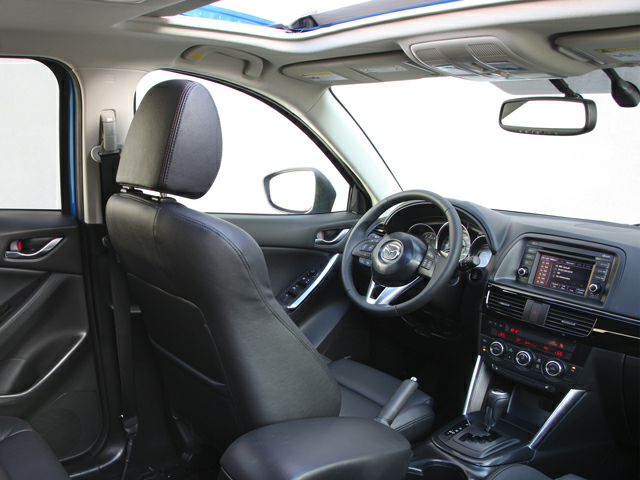 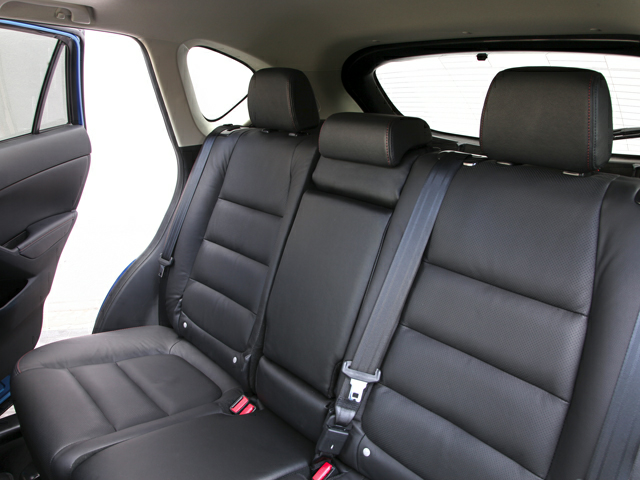 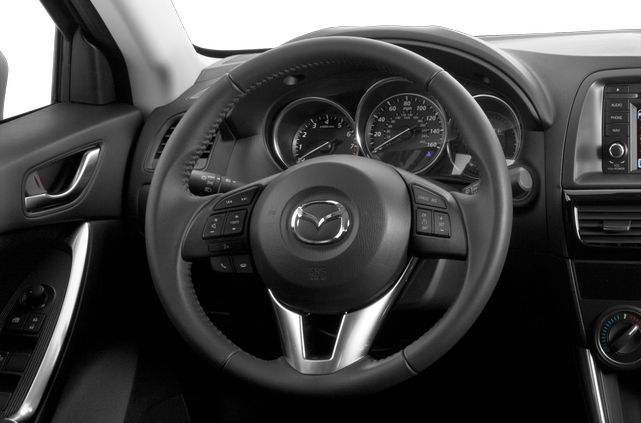 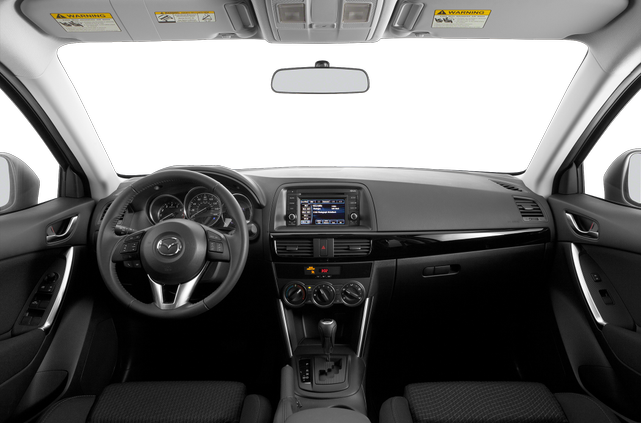 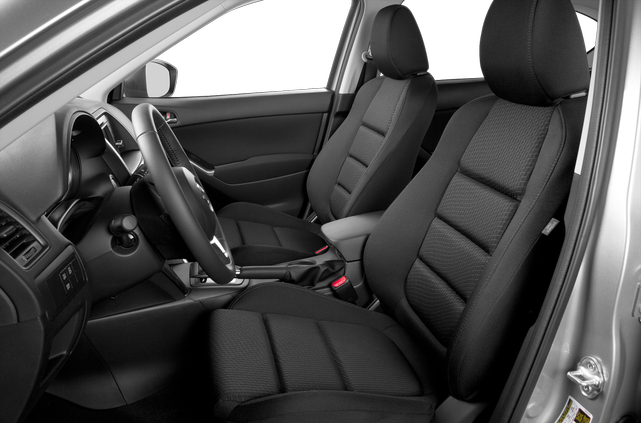 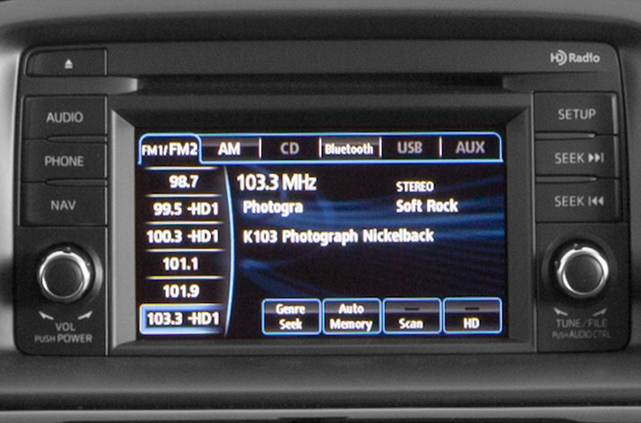 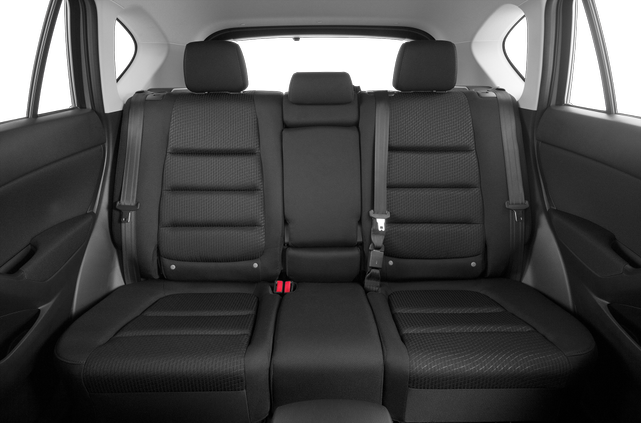 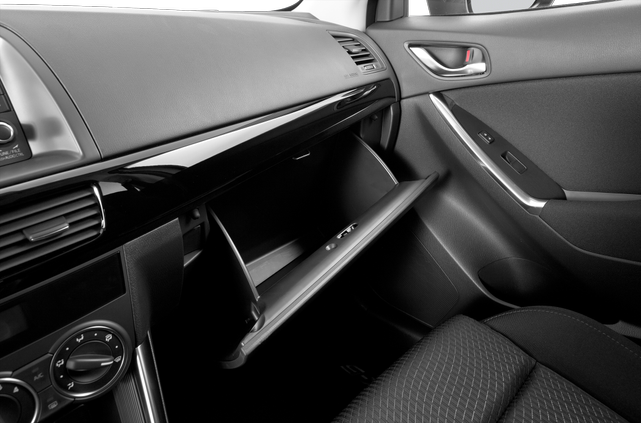 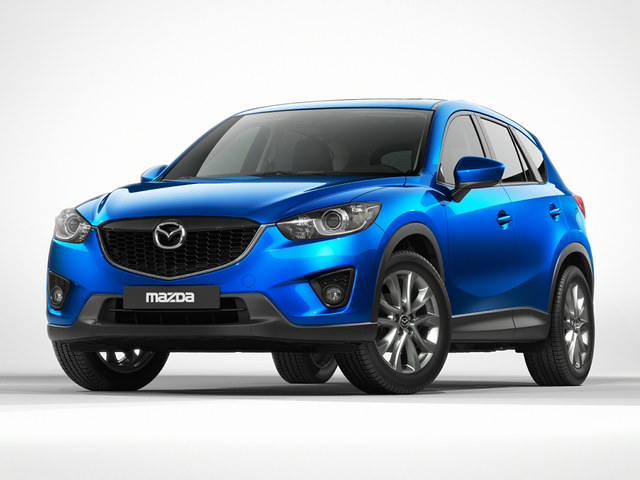 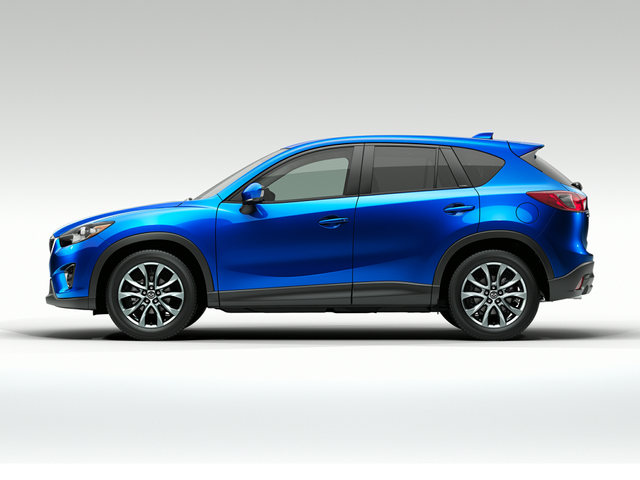 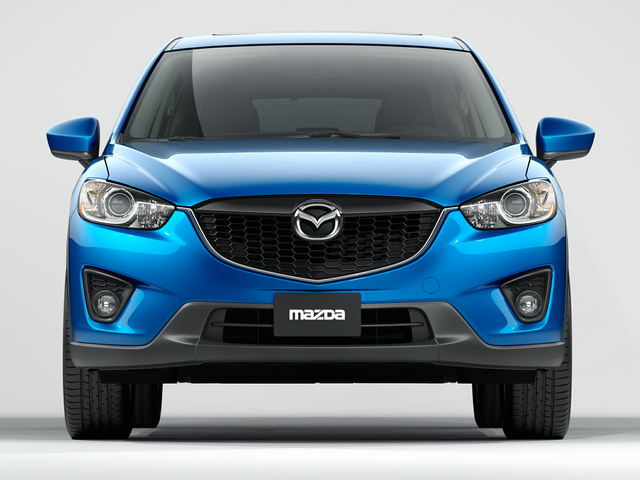 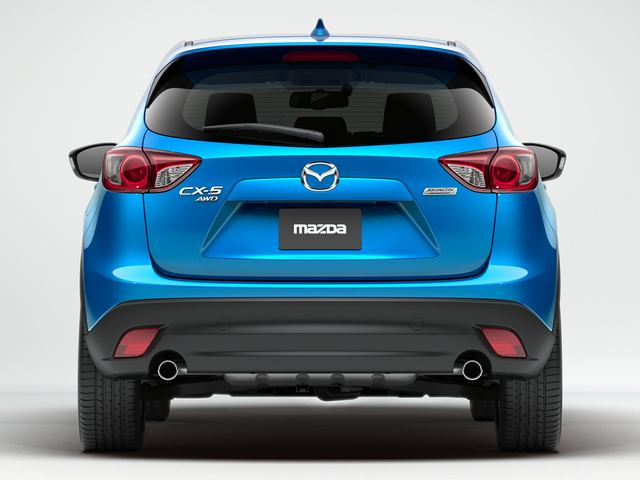 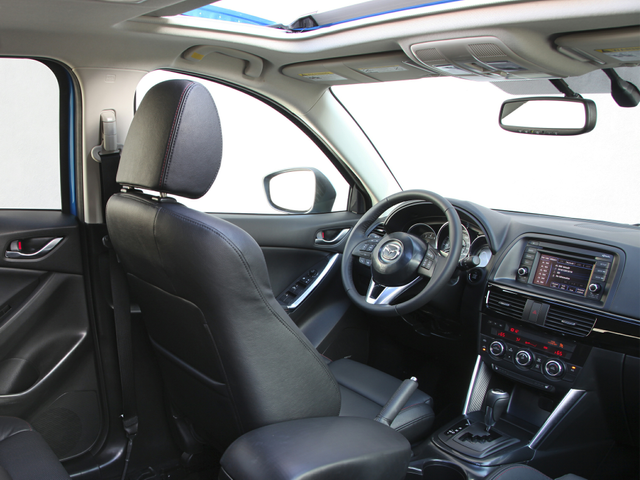 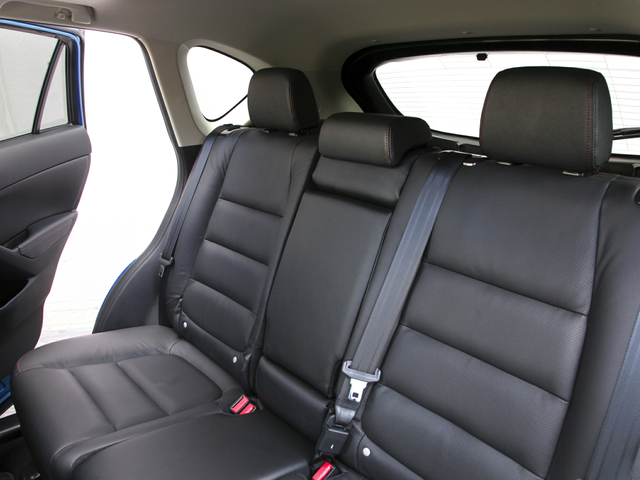